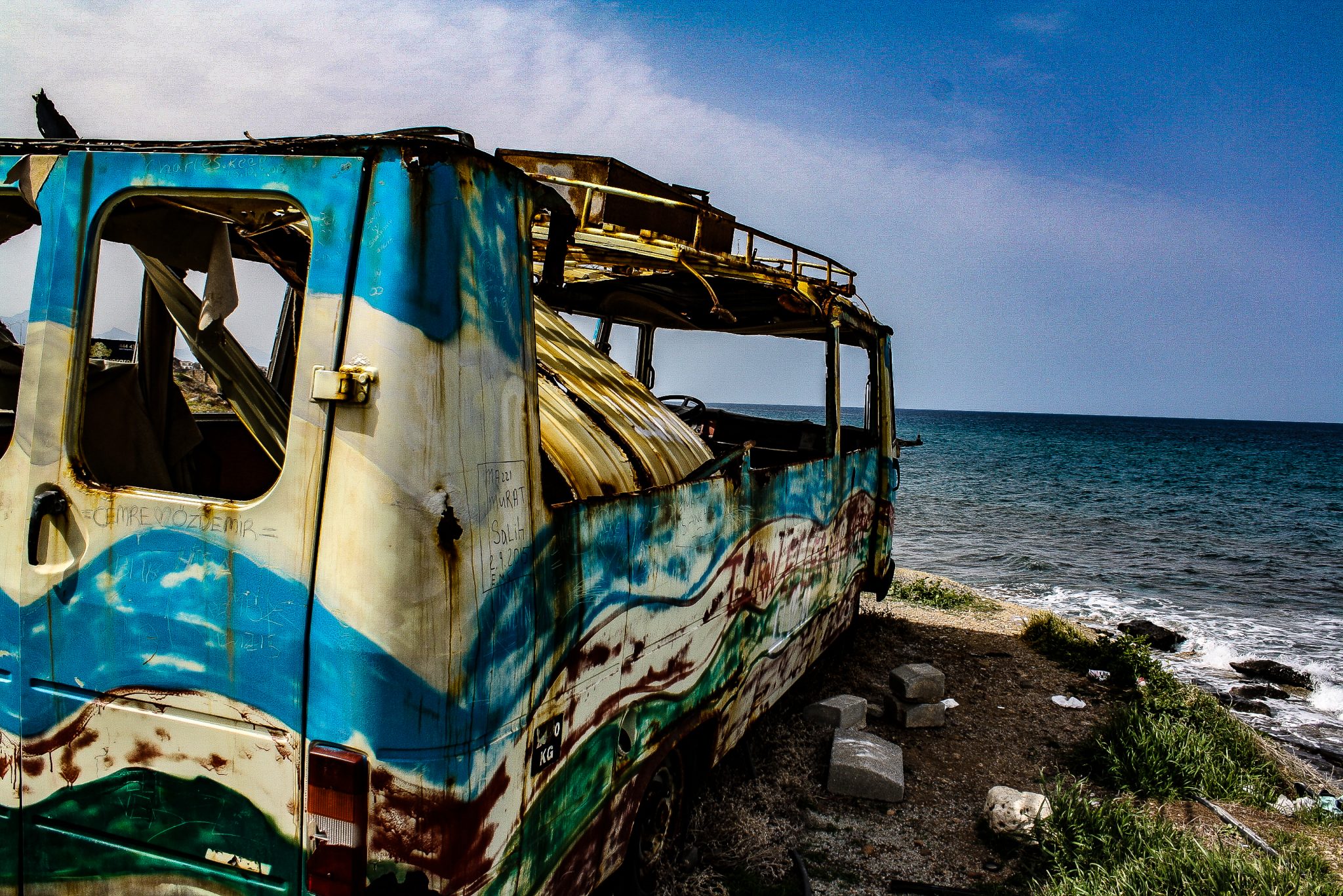 These abandoned places across the world have all been left in ruins. I explored all of them…

In my years of travel across the world I’ve visited some really off the beaten track places, and along the way I’ve explored some of the world’s most intriguing abandoned places.

I’ve walked through the deserted streets of radioactive Chernobyl, hiked through jungle in search of lost theme parks and photographed abandoned mining towns in deep in the Australian outback.

Some abandoned places are strangely beautiful. Decaying buildings which have been overtaken by nature, where concrete is devoured by roots and the trees reclaim their place in the wild.

Some are dangerous. Ramshackle, derelict multi storey buildings which could collapse at any moment. Urban monsters left in ruins, a shadow of their former selves.

Many are war torn, abandoned or destroyed because of conflict or disaster, their burnt out remains left as harrowing marks of war to be both feared and respected, their fleeing occupants having left behind a hasty time capsule of belongings in the remains of the places they once called home. 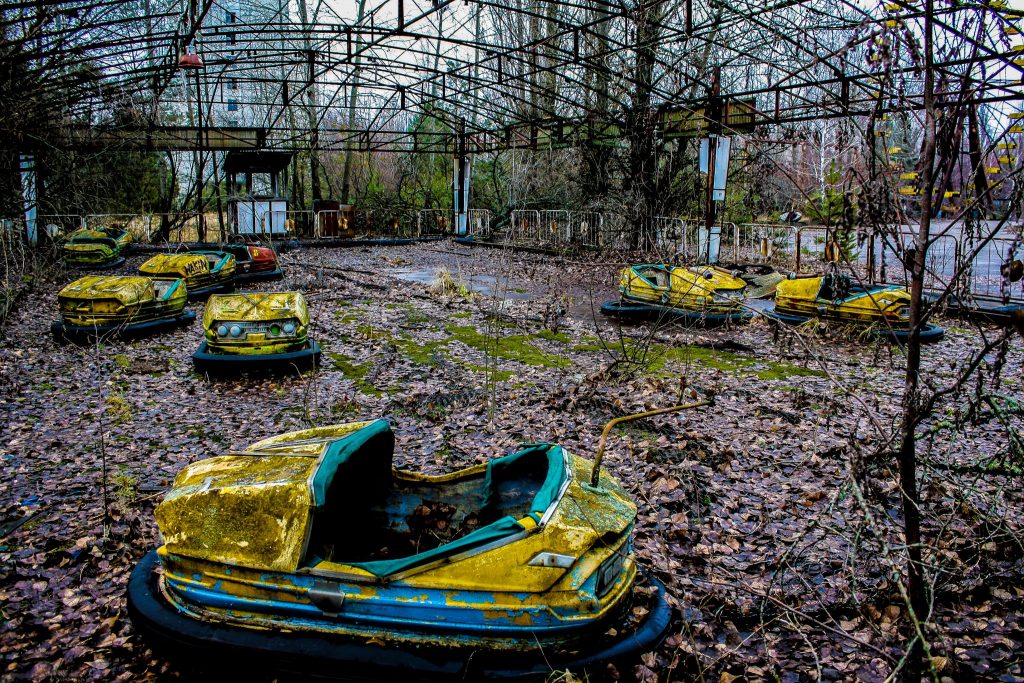 Every abandoned building has its own story. It has its own character, its own history, and the people who lived or worked there have their own unique stories to tell.

I’ve travelled across the world, and everywhere I go I find abandoned buildings to explore.

From abandoned holiday resorts in Northern Cyprus to the radioactive wasteland of Chernobyl, in this article I’m sharing with Steemit the most intriguing abandoned places I’ve photographed on my travels.

The Radioactive Remains Of Chernobyl, Ukraine

On the 26th April 1986 Reactor no. 4 at the Chernobyl Nuclear Plant in Ukraine- then part of the USSR- suffered a catastrophic meltdown. The fallout spread across half of Europe, and even now, 30 years on, the Chernobyl exclusion zone comprises almost 1000 square kilometres of contaminated land. Thousands were forced to flee, leaving behind their entire lives, never to return.

I explored the derelict roads and empty buildings of the former town of Pripyat which was evacuated after the disaster. I found schools filled with empty textbooks and books which hadn’t been opened in decades and old funfair rides were slowly rusting away in the elements. It was a strange experience seeing the lives that people had left behind in such detail, so many years on. 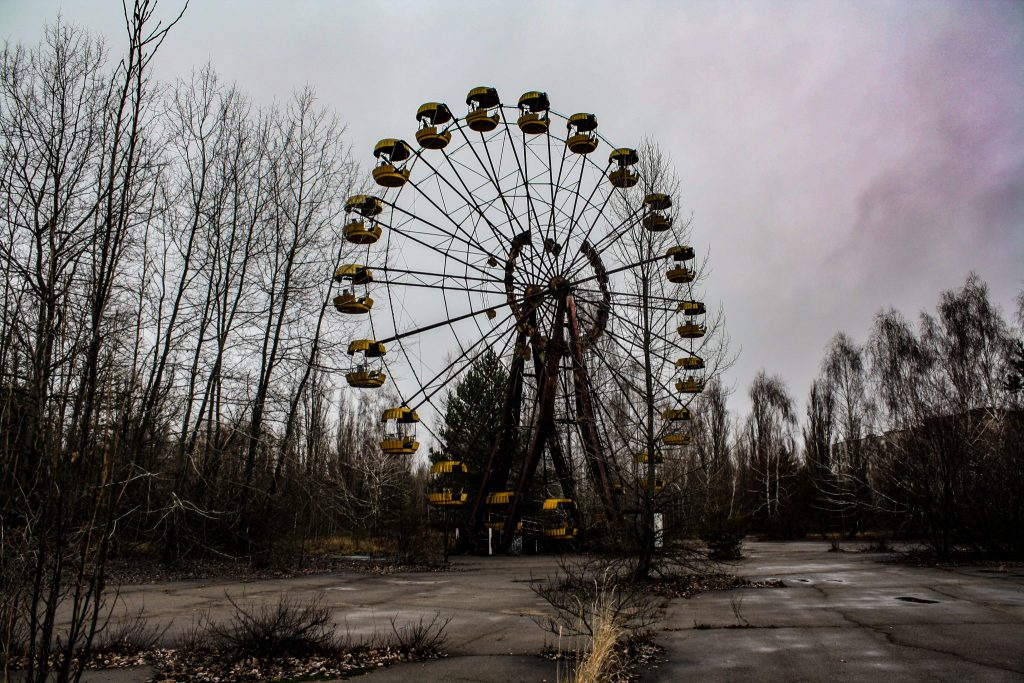 Abkhazia is an unknown land on the Black Sea, a country which doesn’t technically even exist. The region was once part of the Georgian Soviet Republic within the Soviet Union, but when the USSR collapsed in the 1990’s instability and conflict came to Abkhazia when they declared independence. This Caucasus region is still formerly part of Georgia, but in effect they govern their own affairs after a brutal war with their neighbours which has never really been resolved. The International community recognises Georgia as having sovereignty over Abkhazia, but this self declared republic will say otherwise.

Fierce fighting between Georgians and Abkhazians in Sukhumi destroyed the city, and the government building was left burning. Years later, and Abkhazia is still in conflict with Georgia, although things have quietened down. I found the battle scarred and burnt out remains of the government building standing as a memorial to the war, the walls charred on the outside but nature beginning to take over the ruins on the inside.

Find Out How To Travel To The Breakaway Republic Of Abkhazia HERE! 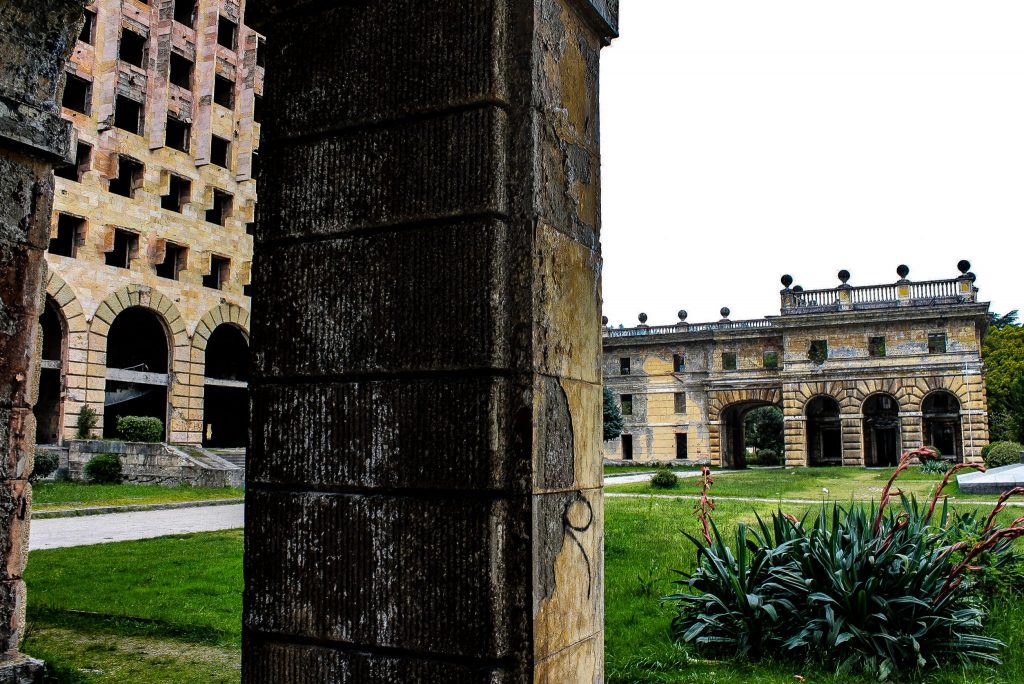 The Rusting Ships Of The Aral Sea, Uzbekistan

The Soviets left their legacy across the former USSR. In Uzbekistan, deep in the dry and empty region of Karakalpakstan, I saw first hand the effect Soviet Policy had on the Aral Sea. What was once one of the largest lakes in the world has slowly declined and emptied after the Soviets decided to divert the rivers which fed it.

I travelled miles into the interior of Central Asia, along endless dirt roads and through empty lands to photograph the fishing village of Moynaq which now stands on dry shores, the fishing boats simply rusting in the searing hot sun. 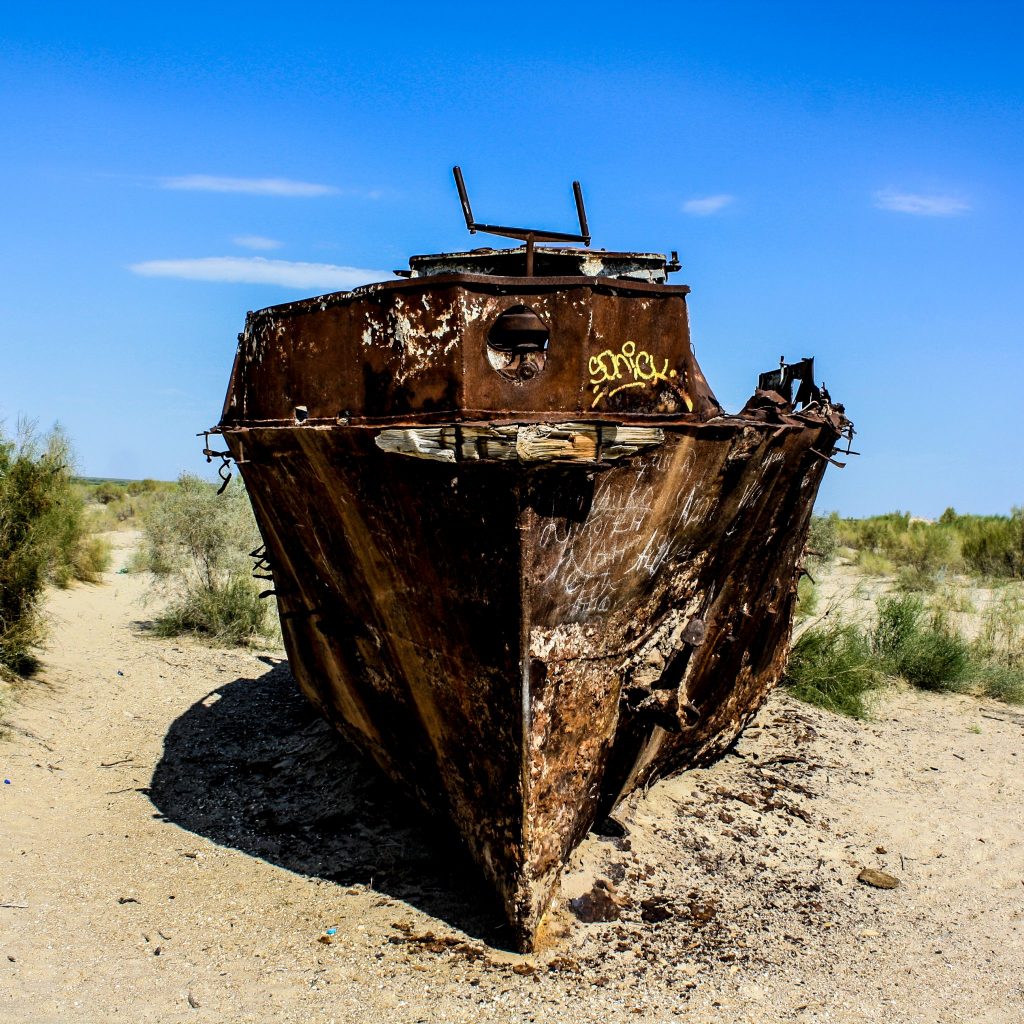 In the deserts of northern Western Australia everything is dusty and red. I drove far into this red desert in search of an abandoned mining town, a place called Wittenoom. This old town has been erased from maps and street signs. The government doesn’t want you knowing it exists. And that’s because this used to be the site of a huge asbestos mine.

When the ill effects of asbestos became known, the town was shut down and the residents relocated. A few have stubbornly refused to ever leave though, and some still call this ghost town home. The area hasn’t been mined for decades now though, and due to the exclusion placed around the town I found Wittenoom to be a haven for wildlife and an incredible spot to camp and enjoy the peace of the Outback. Sometimes a bit of quiet is worth risking a bit of asbestos for. 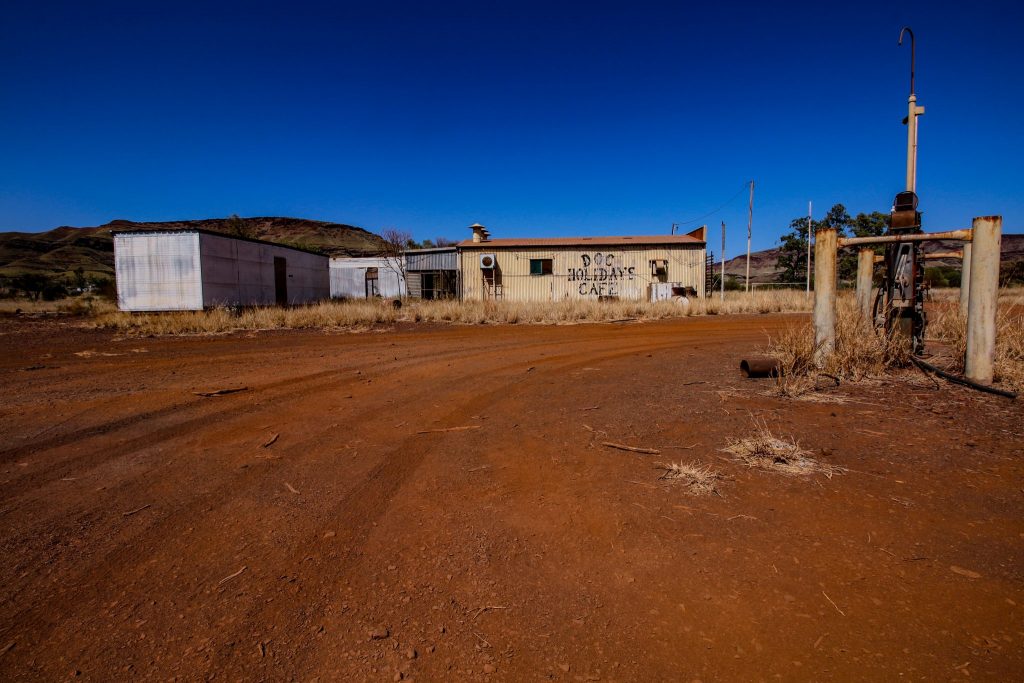 Sentosa Island is like Singapore’s Disneyland. This small island off the mainland is filled with high end resorts, theme parks and golf courses. The island though has a long history, and I went into the last remaining jungle on Sentosa in search of the remains of old colonial forts, a legacy of the British days when what is now a resort island was the first line of defence for all of Singapore. In the humid, dense jungle I found the ruins of these forts being reclaimed by nature. 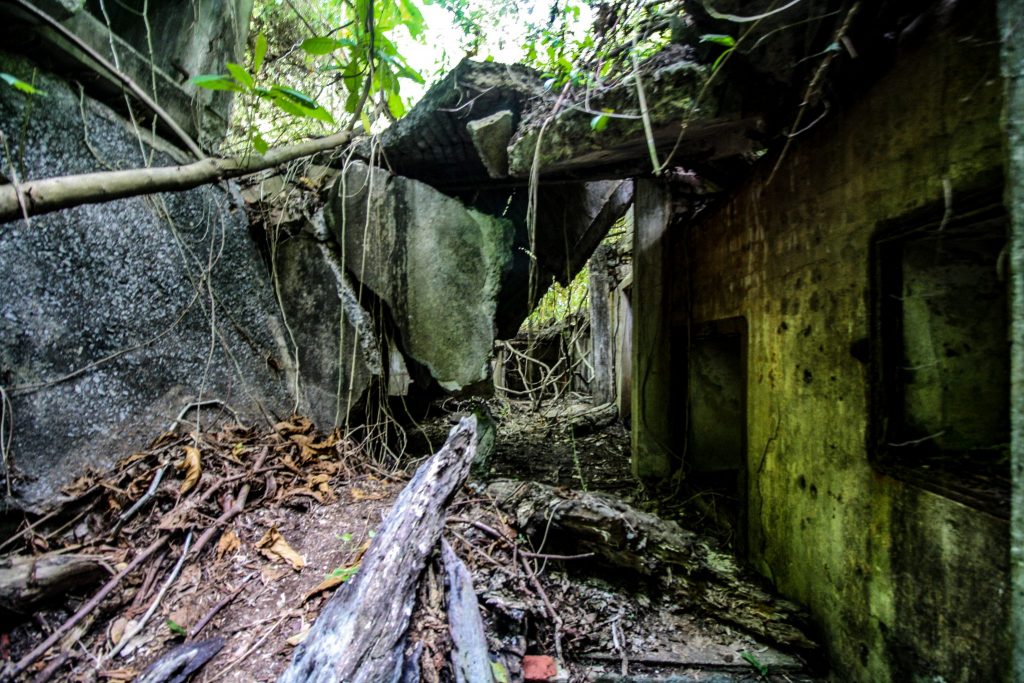 The Bat Infested Ruins Of A Bali Theme Park

On the Indoesian island of Bali there is a decaying, overgrown amusement park which has never even opened. Taman Festival is near Sanur, along the coast, and its crumbling buildings are rumoured to be home to crocodiles which were let loose when the park was shut down. I didn’t find any crocodiles, but I was swarmed by bats in the dark and abandoned movie screening rooms, while all around me rides stood empty and attractions overgrown. 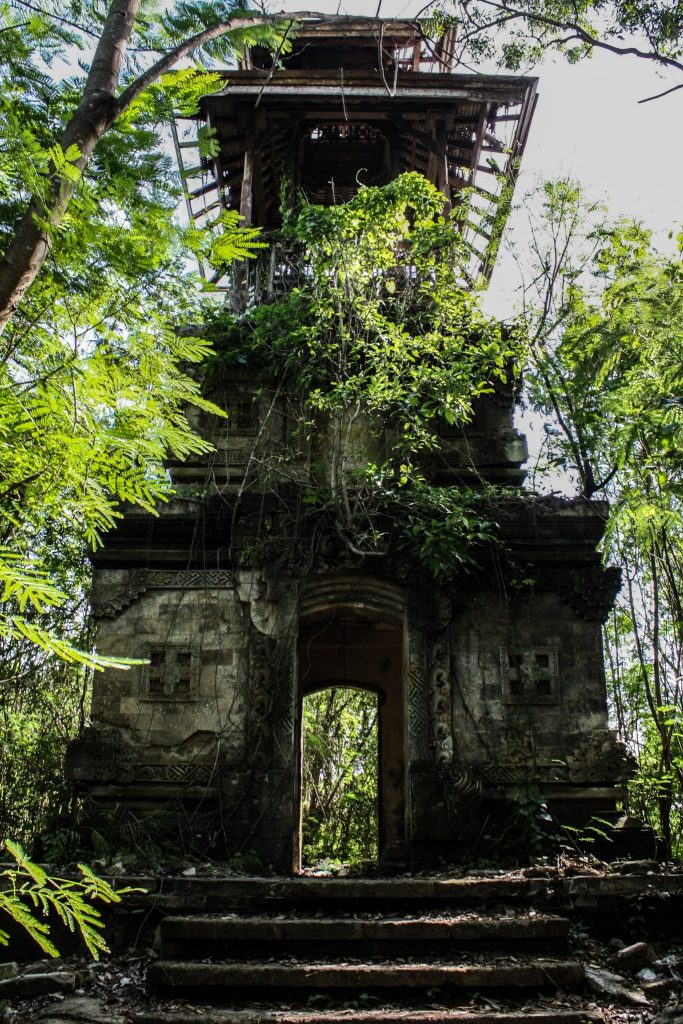 1984 saw the city of Sarajevo- then part of Yugoslavia, now the capital of independent Bosnia and Herzegovina- host the Winter Olympics. People from all over the world flocked to the city to watch and compete, not knowing that only a few years later the Balkan conflicts would tear Sarajevo and Bosnia apart.

I hiked up the city’s old bobsleigh track high in the hills above Sarajevo. The track was used by Serbian forces during the Siege of Sarajevo to bombard the Bosnian soldiers and civilians below. It’s a strange reminder of how quickly and devastatingly war can change lives, and how unexpected conflict can be. 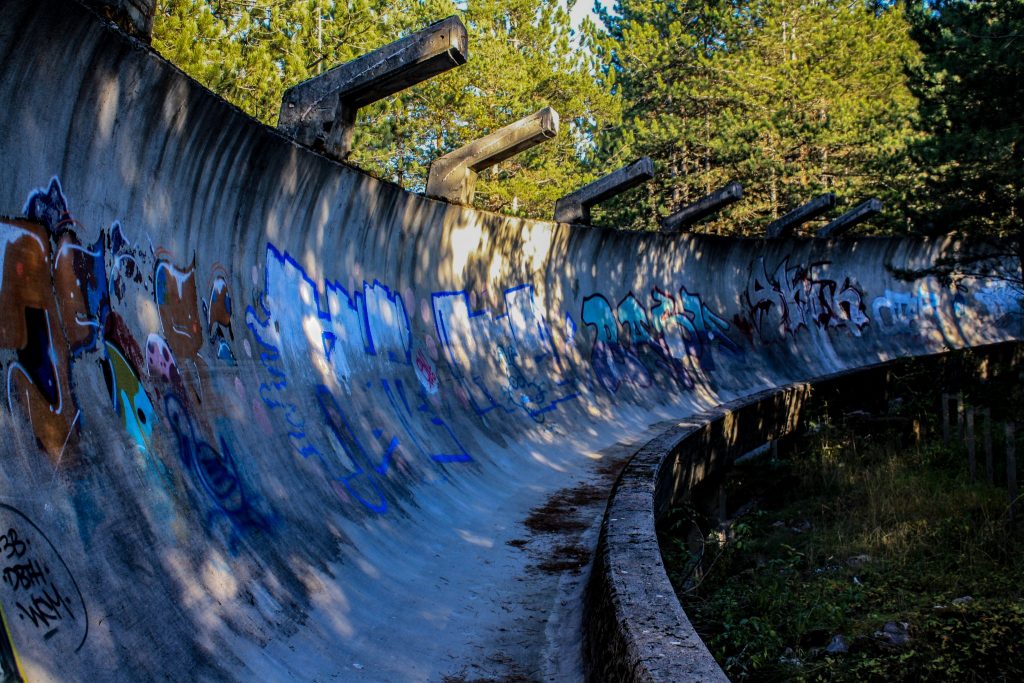 Cyprus is known for its beaches and holiday resorts. Most travellers however, will find themselves sunning on the Southern Greek side of a divided island, with little thought of the Turkish Northern side. I decided to cross the border from the South to the North, to explore the little travelled other side of Cyprus.

Cyprus was divided by war in 1974 when the Turkish army invaded. The Greeks were driven to the South, and ever since the Turks and Greeks on the island have remained separated. On the beaches of Famagusta, right on the border between the two sides I found myself staring at the old abandoned hotels of a once world famous holiday resort.

The golden sands of Northern Cyprus are now empty, and the hotels and resorts are now just part of a buffer zone between the two sides locked in a long lasting conflict. 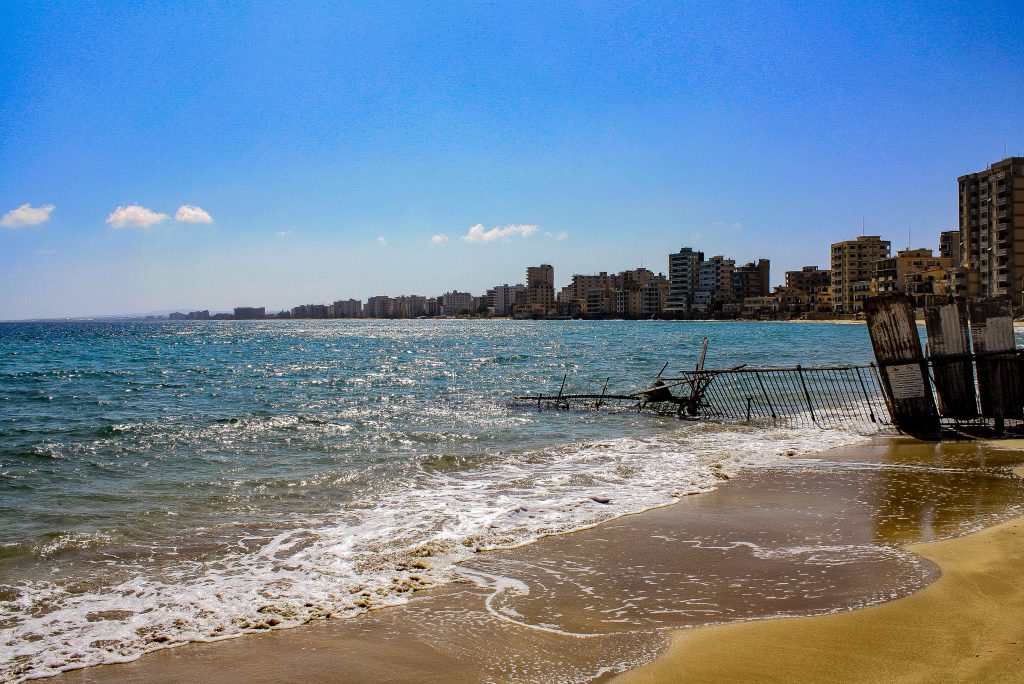 The Original Version of this article appeared first on Steemit. If you haven’t yet got involved with Steemit- a Social Media Platform and Content Creation Website- then check it out HERE!