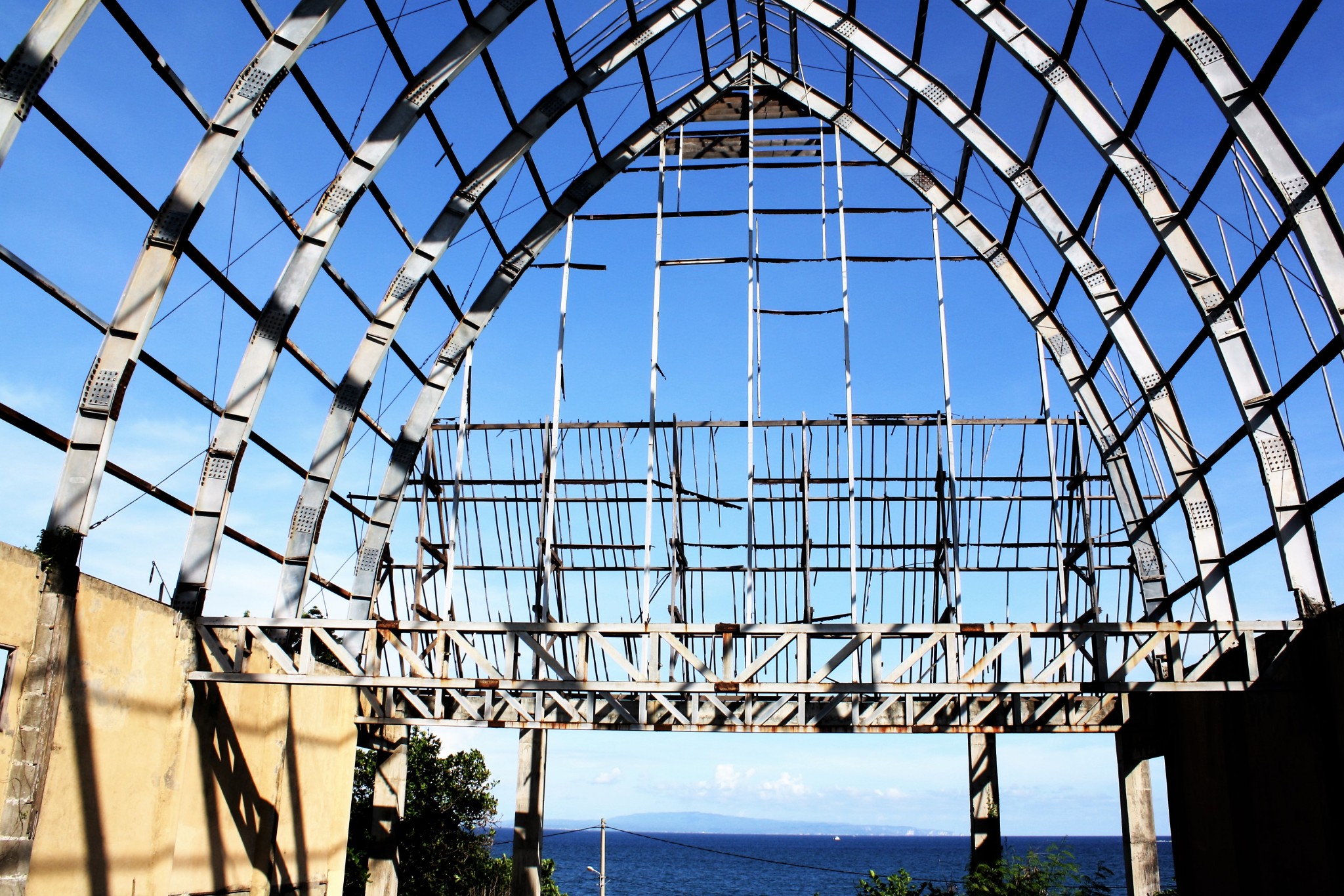 In Bali, a theme park which never opened its doors is hidden in the jungle near to the beaches of Sanur.

I went to explore the derelict rides and abandoned ruins of Taman Festival, fearing that rumours of cannibalistic crocodiles and bat infested cinemas would be true, but knowing that there was only one way to really discover the truth. 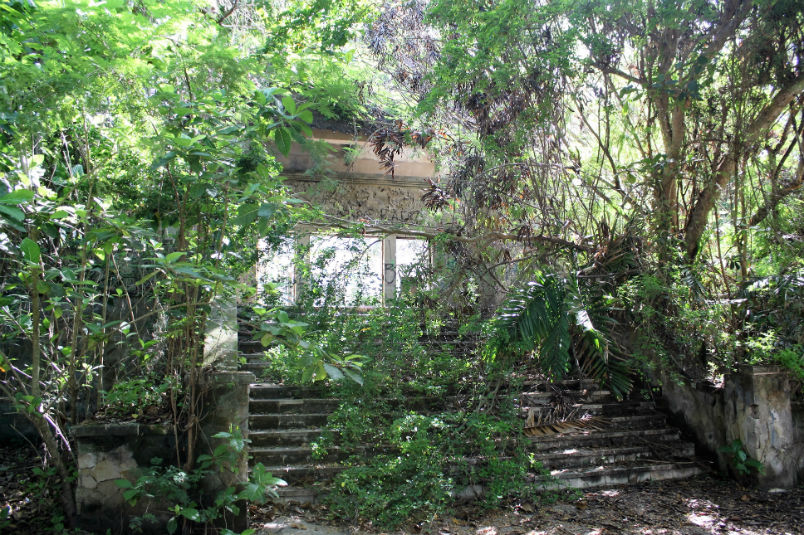 Taman Festival isn’t a place to take the kids. Broken glass and rusting metal litter the walkways of this disturbingly sinister theme park, which closed in 2000 after never having really even been open anyway. 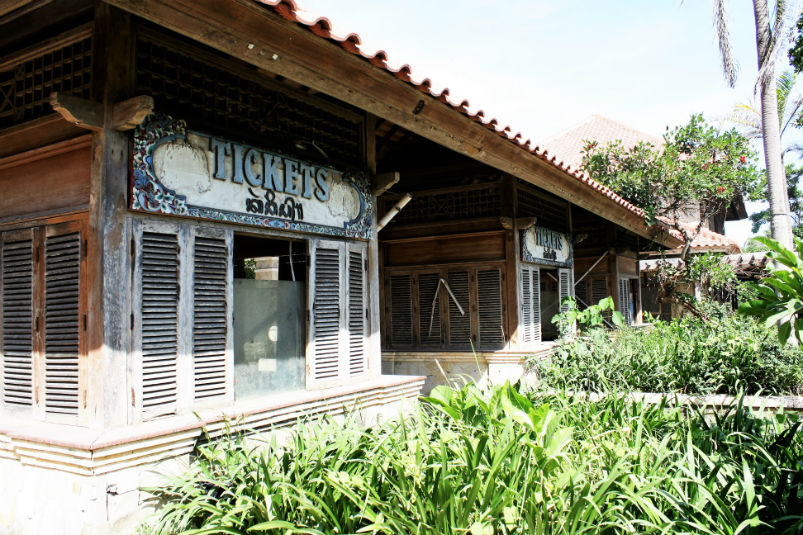 The ticket office might have been boarded up long ago, but a shifty looking security guard ambled over and demanded an entrance fee of 10,000 Rupiah, or 1 USD, for the pleasure of a lovely day out at Bali’s most abandoned, and probably most life endangering theme park.

The builders envisaged families strolling through the lush green vegetation, and riding a roller coaster or two in the sweltering humidity of Bali, but the fate of Taman Festival has instead been bleak. 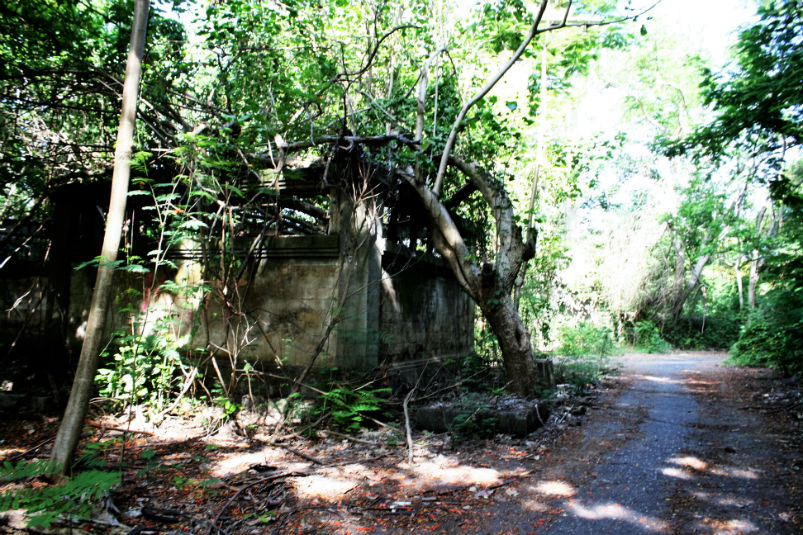 Now, as the jungle grows through the dusty ruins of game stands and decrepit buildings, it’s more Jurassic Park than Thorpe Park. 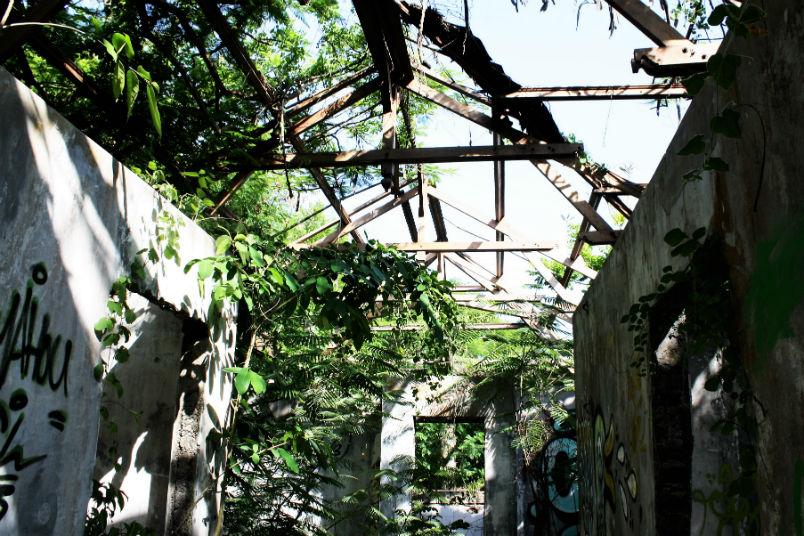 The restaurants lie empty, and the only refreshment still available is muddy pond water and bamboo shoots, but there’s still a few toilets in the desolate basements if you get dysentery from the unsanitary conditions during your day out. 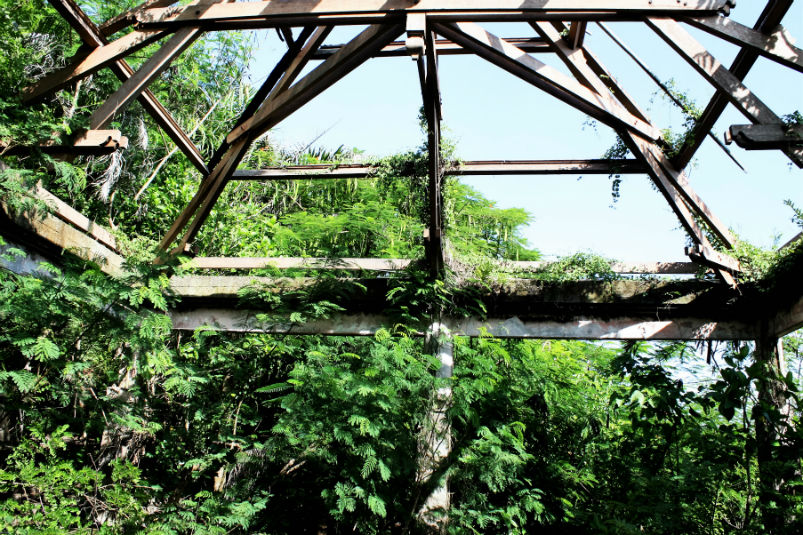 You can even relax and chill out at The Turbo Theatre. It might not be functioning, but unlike many of the buildings it’s at least still standing. 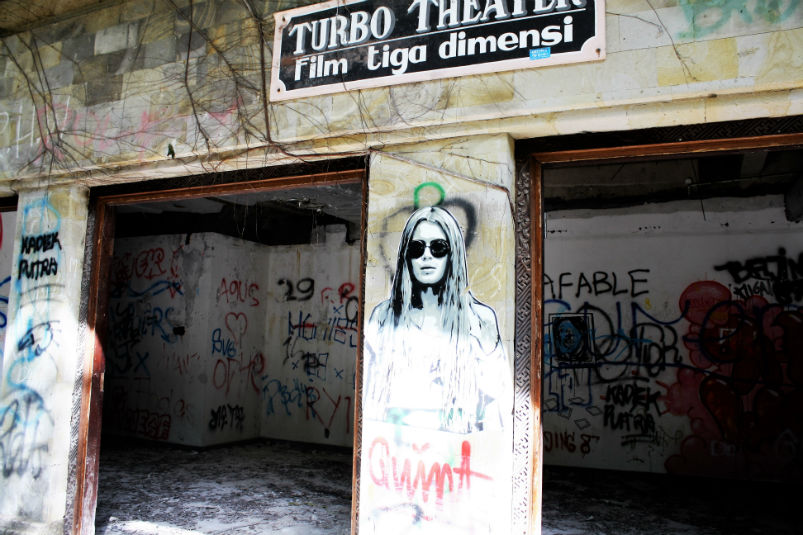 The inside was dark. There’s plenty of seating space though. Just watch out for bats and spiders. 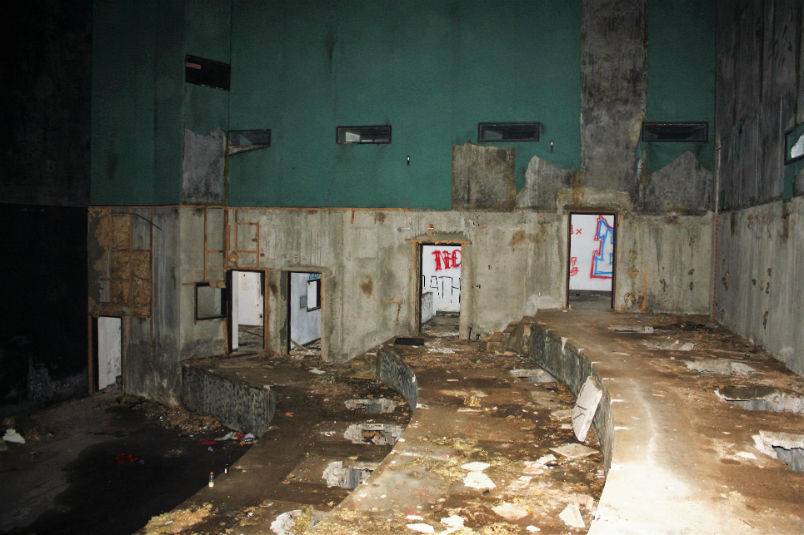 Film reels were left behind amongst the debris, and I don’t dare to think about the other horrors that might remain in the darkened projector room. No, I got the hell out of the Turbo Theatre before the three dimensions actually began to haunt me.

Urban rumours abound that when the park was closed, the crocodiles in the animal enclosure were left in their pits. Supposedly the locals fed them live chickens for a while, until eventually the crocs resorted to cannibalism.

Whether or not this is true, it certainly makes walking through Taman Festival a nerve racking experience given the dense foliage and abundance of swamps throughout the park.

Even if just one of the creatures survived, I didn’t particularly want it to ruin what was turning out be an outstanding day at the theme park by snapping off a limb. 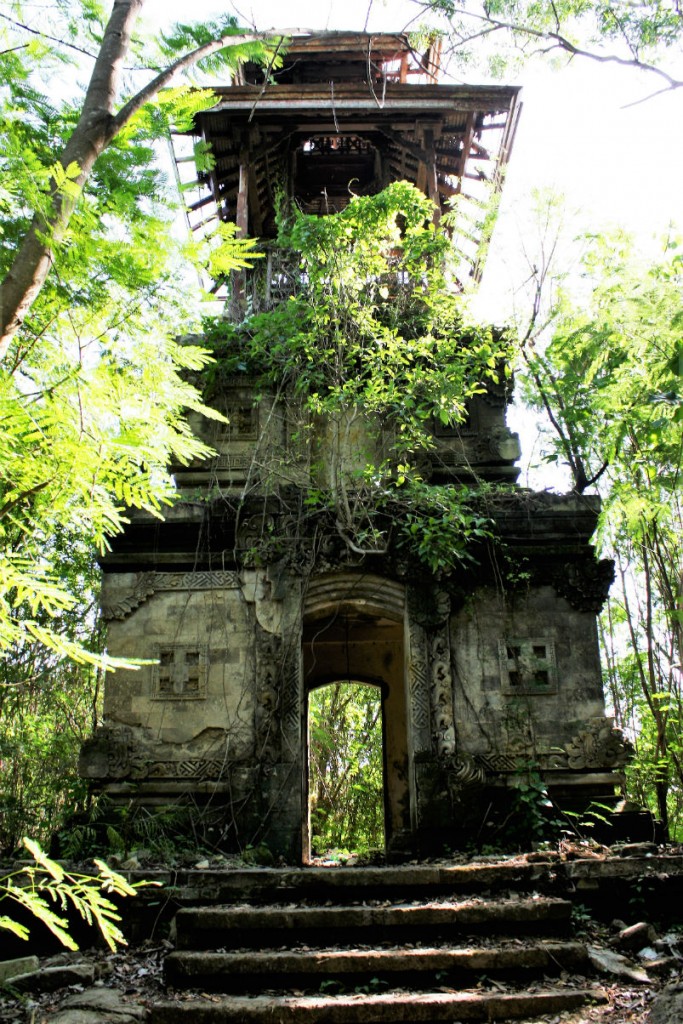 Concerned as I was with losing a leg to a cannibalistic crocodile in the jungle, I had forgotten about the endemic bat threat in the old buildings. 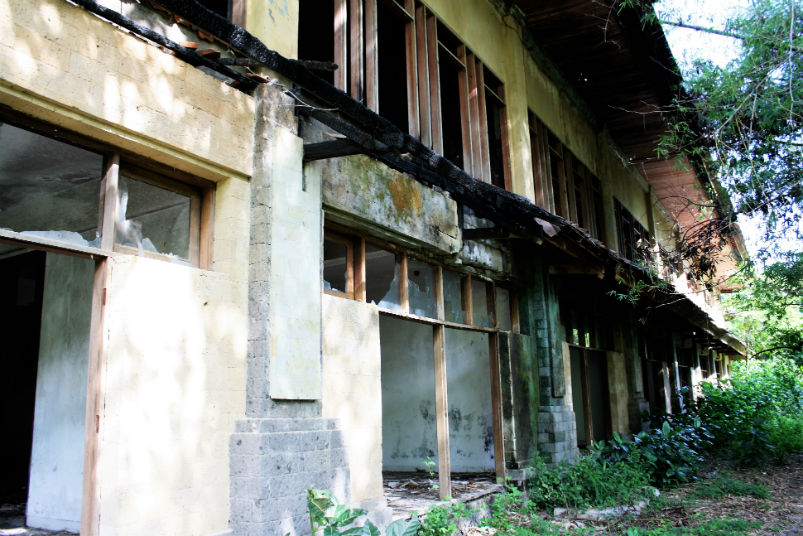 Fearing a reptilian ravaging in the forest, I escaped to the apparent safety of a rickety staircase, only for a pair of bats to savagely fly in from the side door, brushing my head with their huge bat wings in the confined entrance. 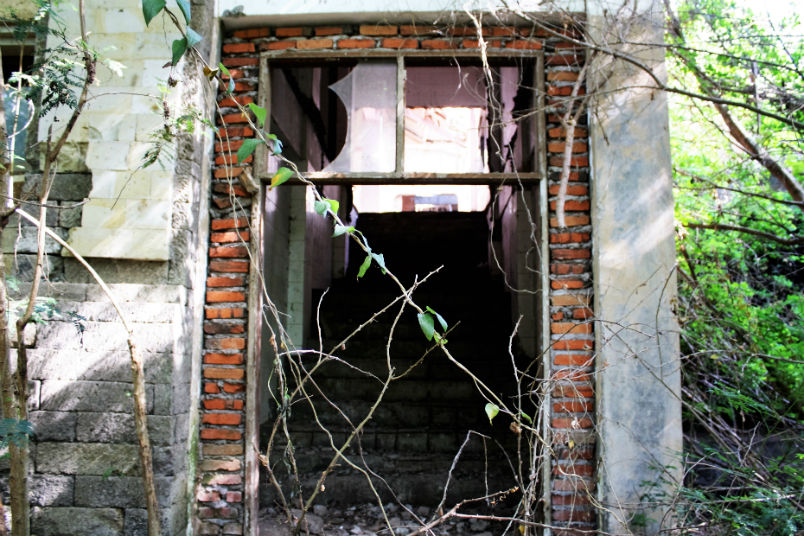 These were big bats too. More beast than bat really and large enough to be seriously considered as a candidate for the demise of the crocodiles here. I’m no Attenborough, but my first and only opinion was that these monsters could easily carry away a crocodile. I would be a mere snack in comparison. 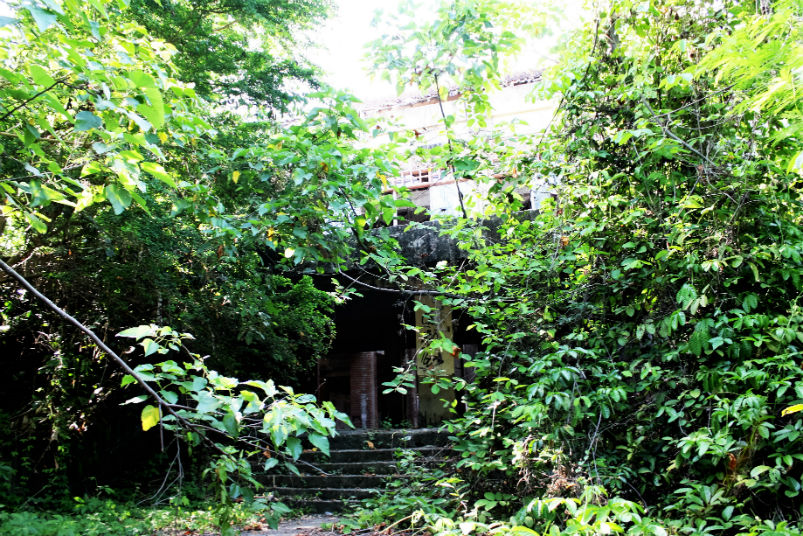 I ran, but wanting to know what could possibly be inside such a large building- aside from bats- I soon found the courage to enter the building from another, more camouflaged entrance. As if the camouflage would stop the bats… 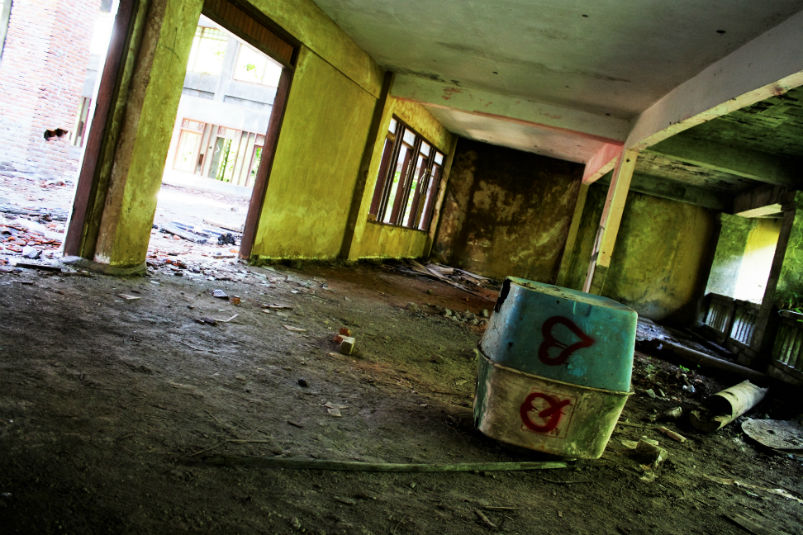 There wasn’t much left inside. It seemed like the remains of a canteen, except everything of any value had been looted years ago. Or had been carried off by bats. 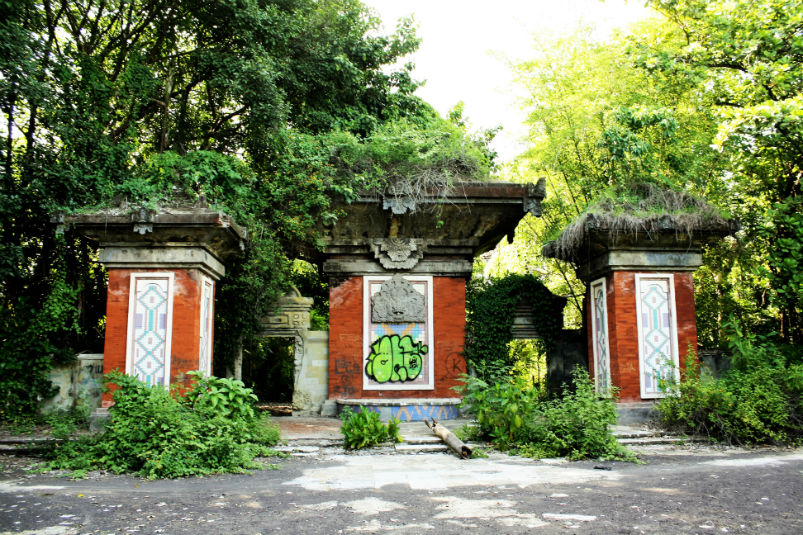 Disappointingly for a self-styled theme park, there were in fact no roller coasters to see, or even any rusty, beat up carousels or Ferris Wheels. Perhaps that’s why no one wanted to visit in the first place and the whole place had to be abandoned. At least now though, with bats, crocodiles and even a Turbo Theatre, it’s a much more interesting attraction than it could ever have been before.

If you too would like to be attacked by rabid bats and stalked by the crocodiles which may or may not still inhabit this abandoned theme park, then you’ll find Taman Festival in Sanur, Bali. It’s easy to spot, just along the beach on Jalan Pantai Padang Galak.

Bali Off The Beaten Track