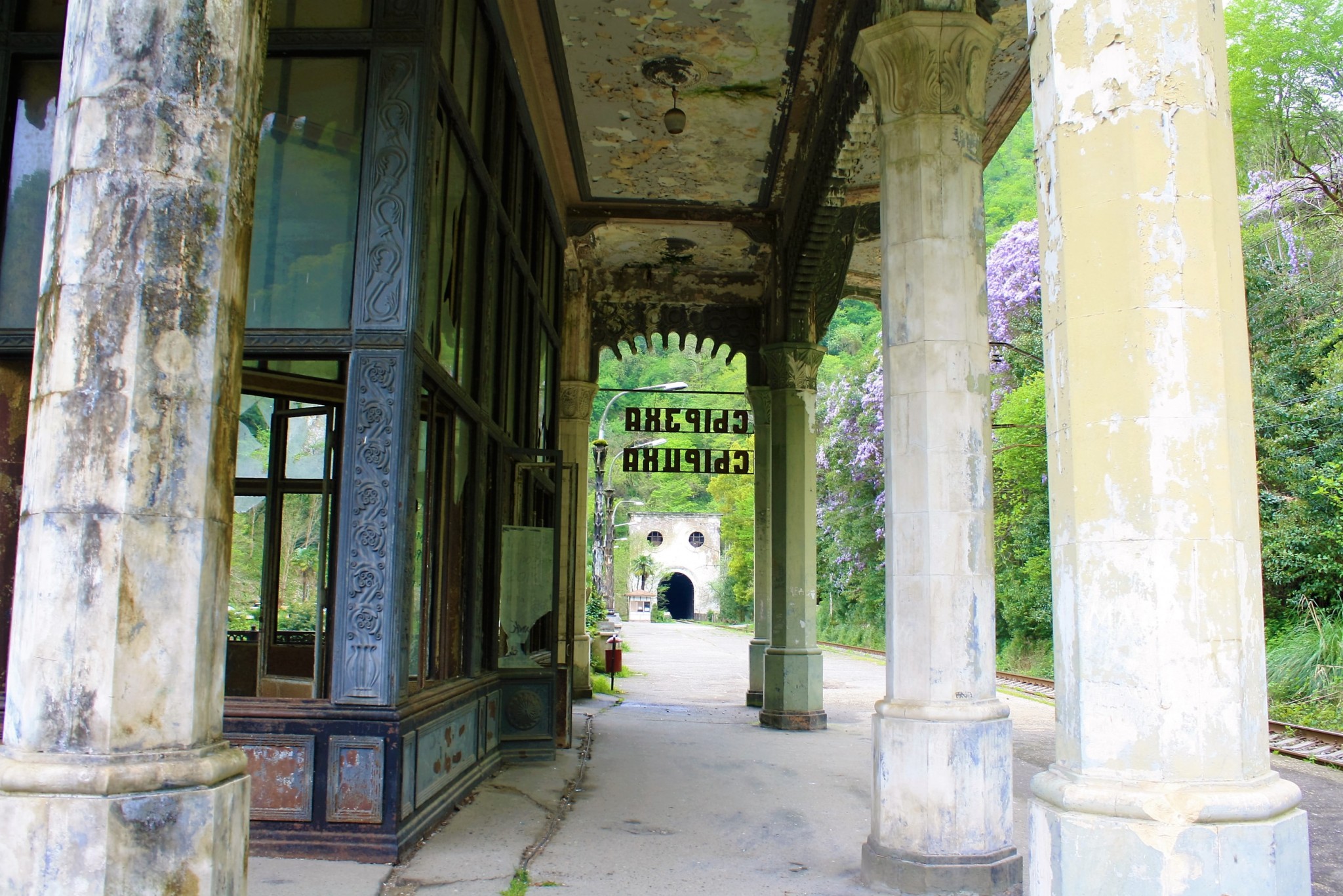 Abkhazia’s abandoned Psyrtskha Railway Station is in a state of romantic decay!

Is there such a thing as romantic decay? I’ll leave that up to you to decide, but if anywhere in the world deserves this adjective, it’s most certainly Abkhazia’s decaying Psyrtskha Railway Station in Novy Afon.

It’s a strange way to describe a small railway station, but Psyrtskha demonstrates the stark inevitability of empire building, that one day it all comes crashing down, that buildings will be left to the ravages of the wild, and the people are left to look back on what came before, while redefining themselves for what may lay ahead.

When the mighty Soviet Union fell to its knees, Abkhazia was left to fight a bitter war, which led to a life of isolation on the fringe of Europe. The people here may look back longingly on the former days of communism as times of glory, or they may see them as times of repression, and Psyrtskha may appeal to both mindsets. And regardless, Psyrtskha railway station is most definitely the most photogenic, decaying train station I’ve ever seen.

Maybe. Or maybe it’s just an old and abandoned railway station in a country that no one really even knows exists.

But anyway here’s some pictures of romantic decay at its finest, straight from the breakaway Republic of Abkhazia! 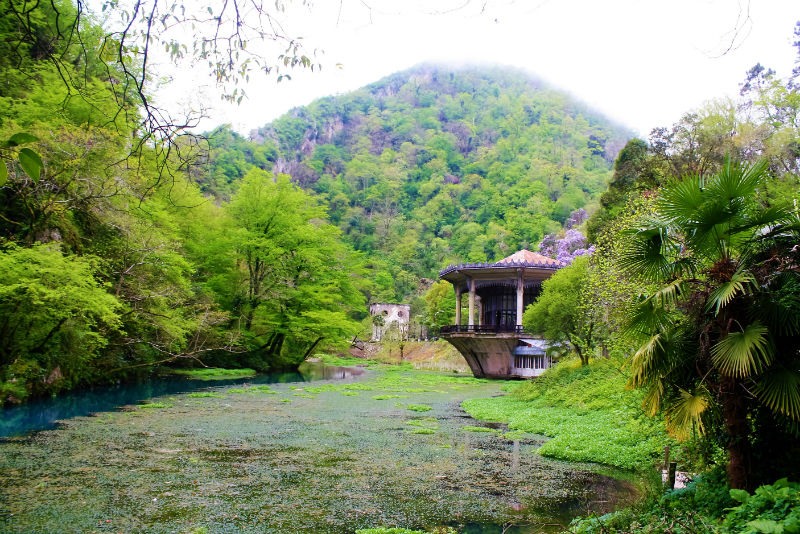 The old Psyrtskha Railway Station is in the town of Novy Afon, in Abkhazia. 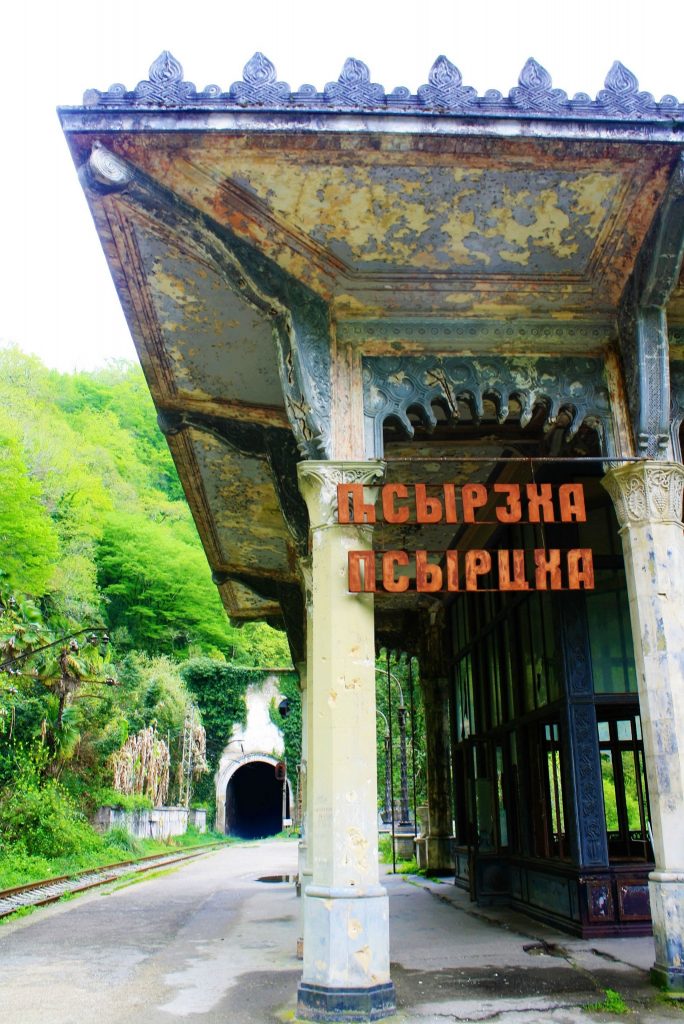 Abkhazia is largely unrecognised as a nation internationally, most countries consider it a region of Georgia, but since a vicious ethnic war after the collapse of the Soviet Union, they have governed their own affairs. 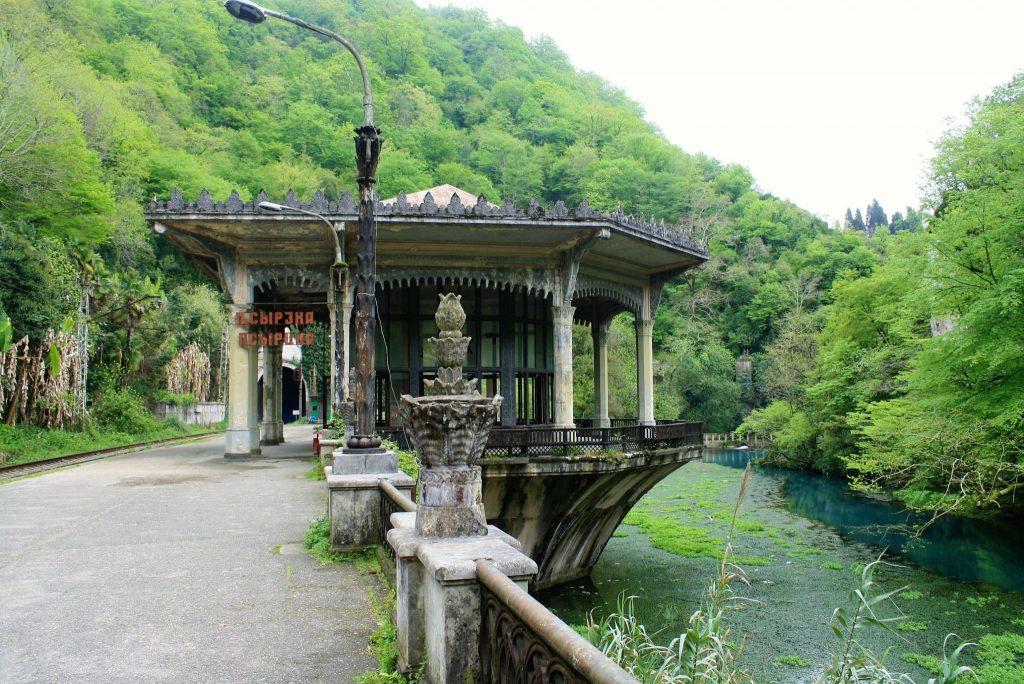 The station is on the edge of a striking turquoise lagoon. 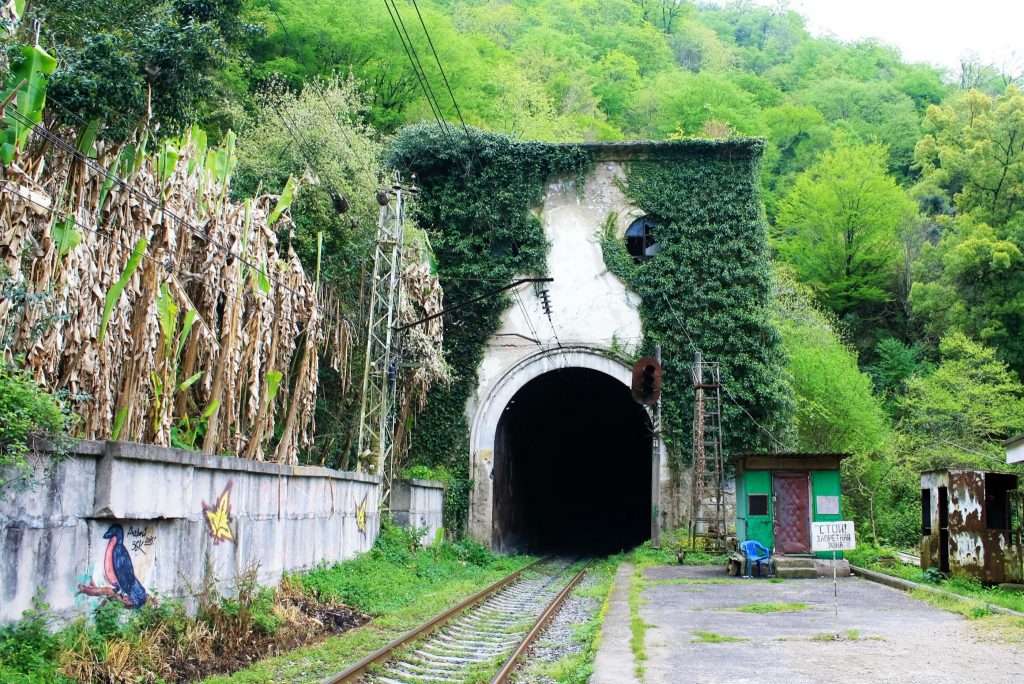 The train station itself is abandoned, but trains still use the track, passing through from Sukhumi on their way to Moscow. 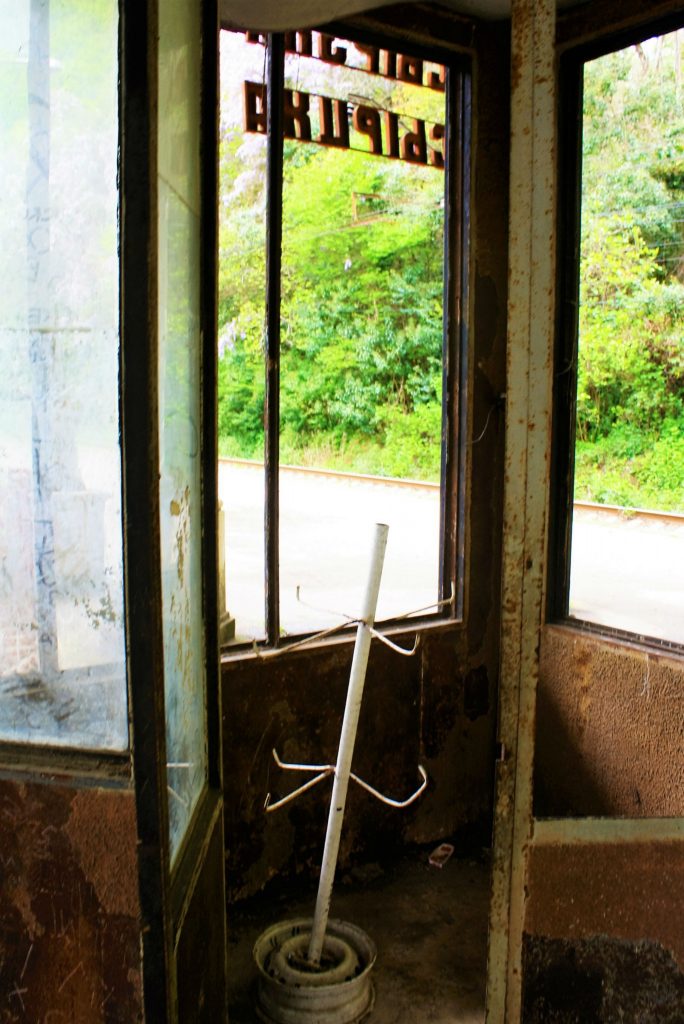 The inside of the waiting room has nothing left but an old hat stand. 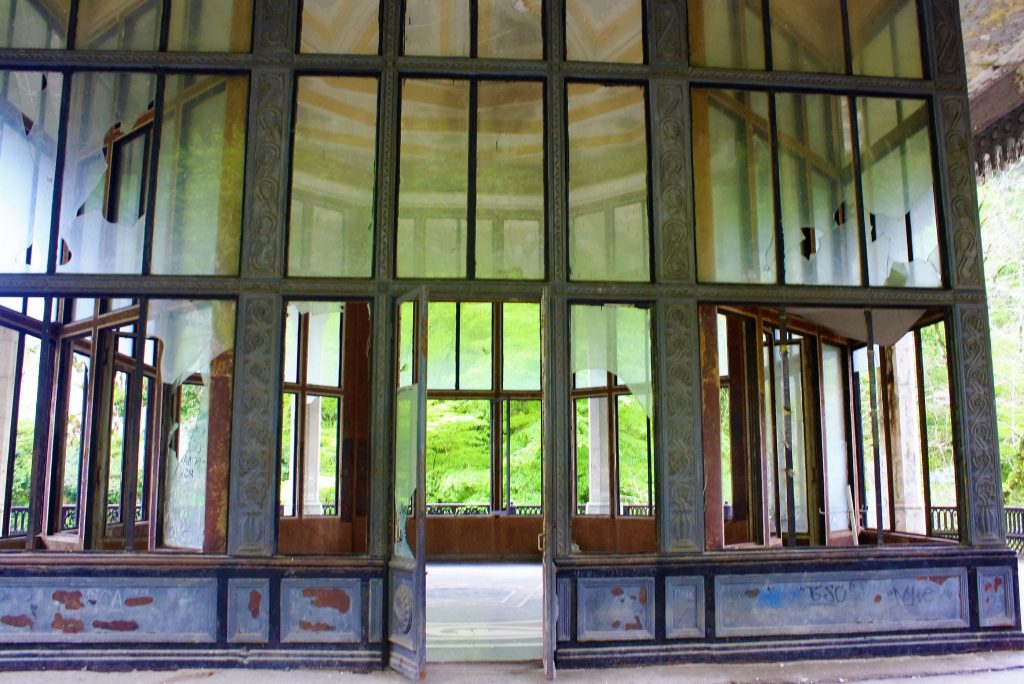 The glass is falling out and the metal is rusting. 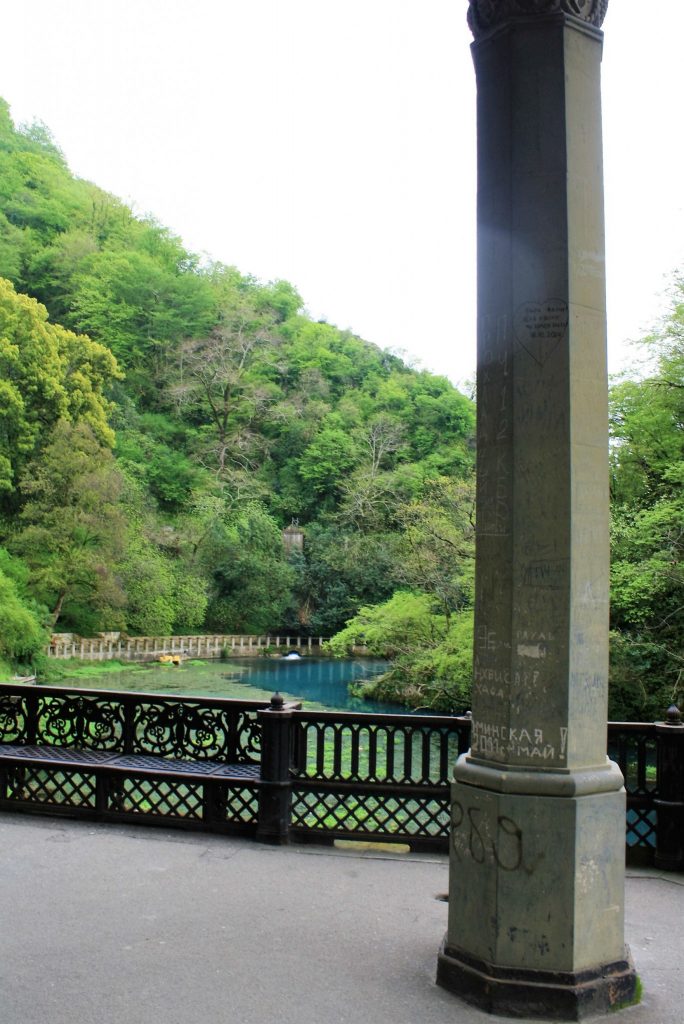 The lagoon surrounds the station, giving a great view while you wait for your train. 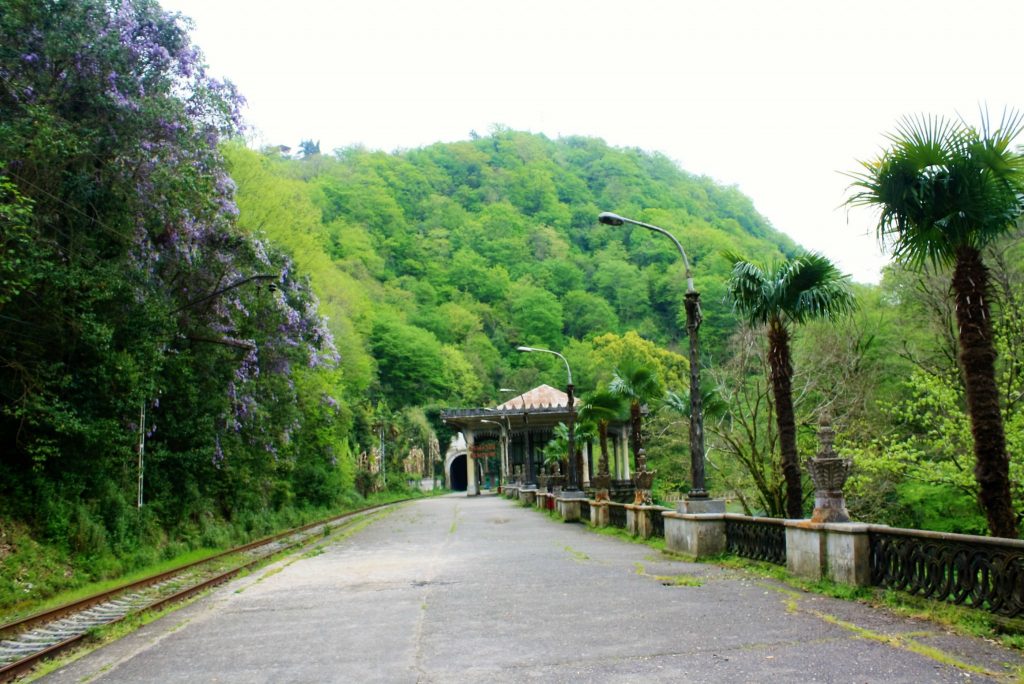 The platform is lined with palm trees and surrounded by green mountains! 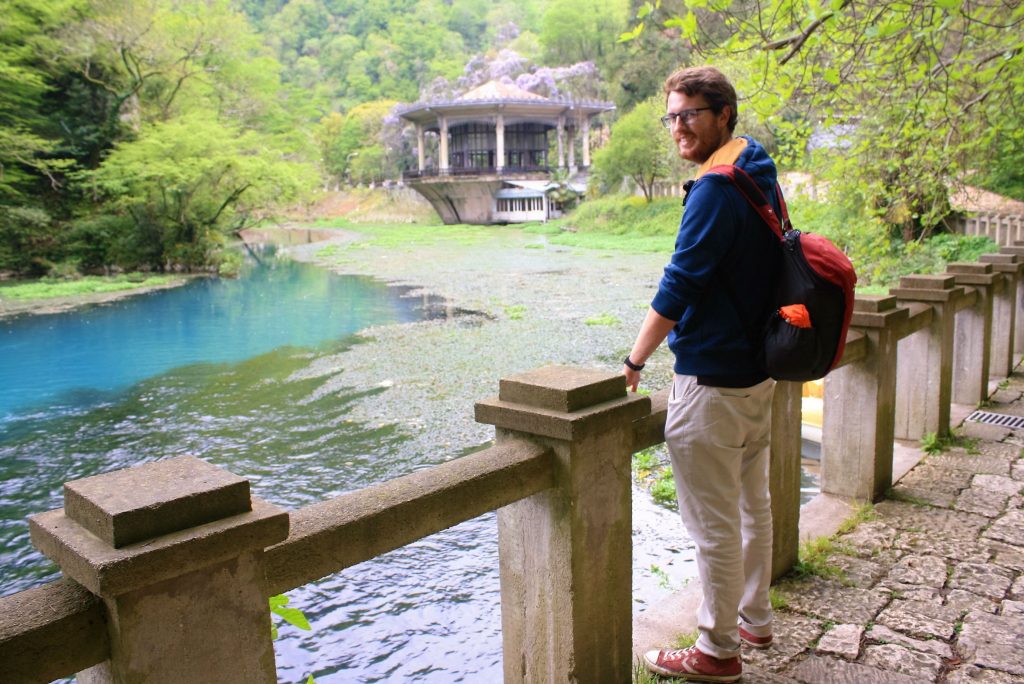 I wrote a larger article about my trip to Novy Afon which you can check out on the blog, but I didn’t feel that I could quite do justice to this startlingly emphatic train station without devoting an entire post purely to its photogenic magnificence.

Or maybe you disagree, maybe it’s still just a rusting train station…comment below!