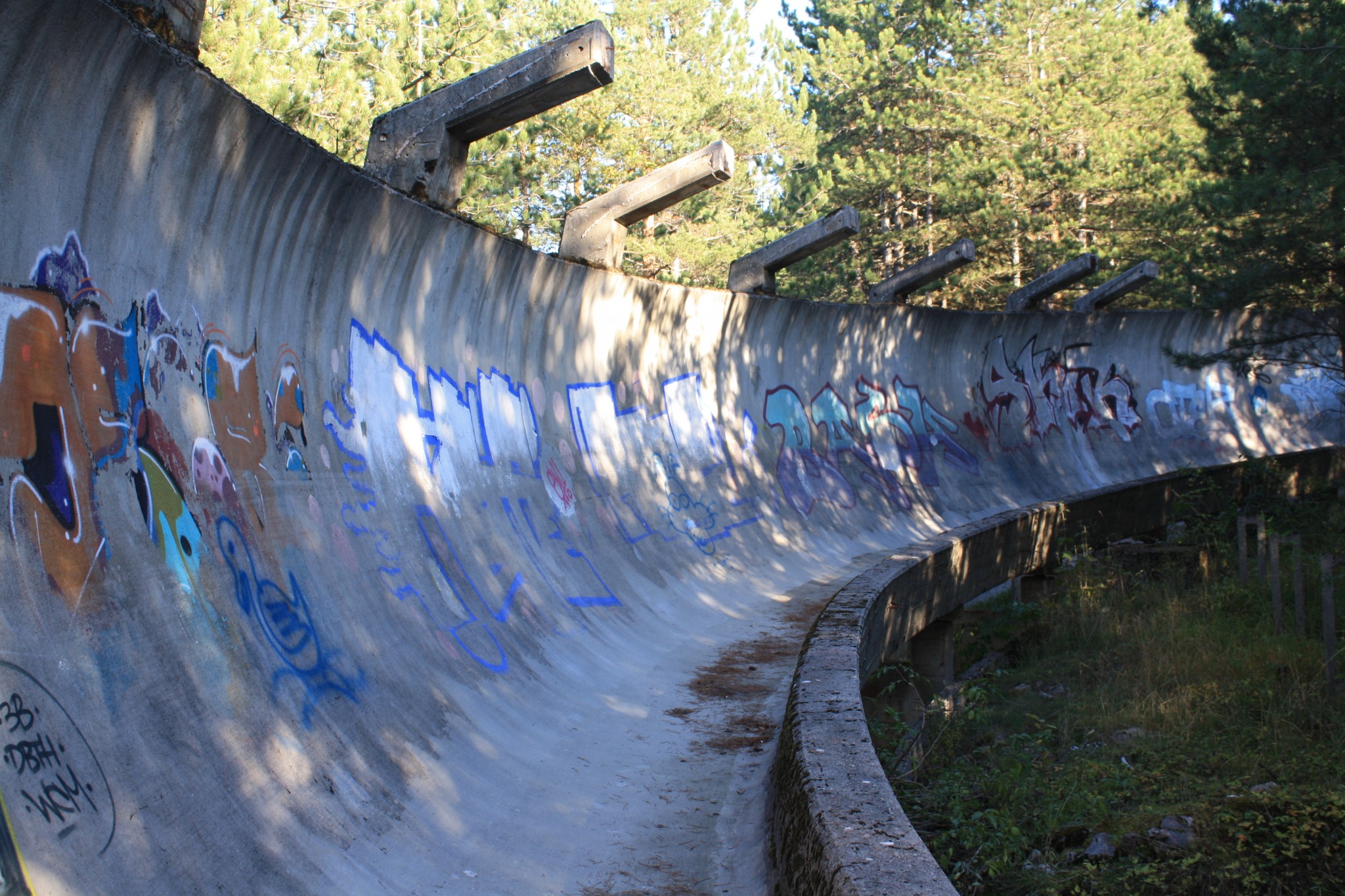 In 1984 the Winter Olympics were hosted by the city of Sarajevo.

Then part of Yugoslavia, the games brought together athletes and spectators from all over the world in a communist state for the first time in history. But only a few years later war would shake the Balkans apart, and today the Olympic stadiums and venues are crumbling apart too. In Sarajevo I went in search of the abandoned bobsleigh track, and found it in ruins on a mountainside. 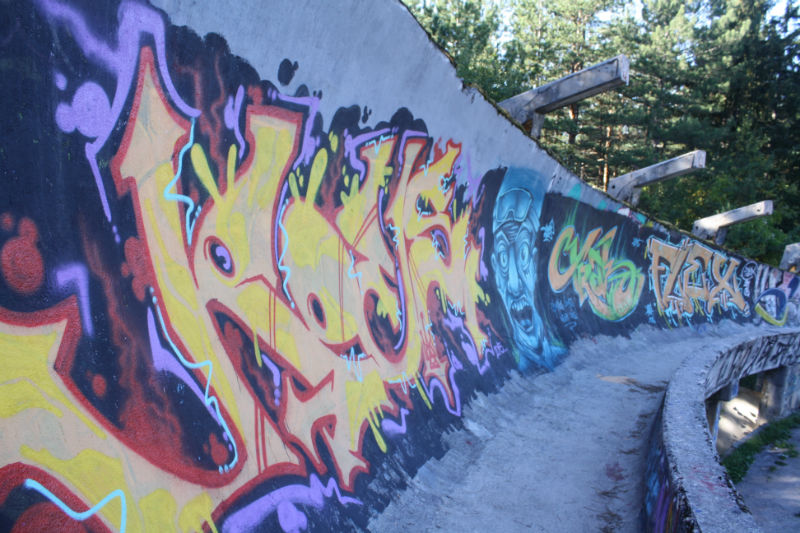 Athletes and spectators crowded the snowy streets and filled the mountain tops to watch the thrilling events of the 1984 Winter Olympic Games in Sarajevo. This was a nation’s golden moment- the state of Yugoslavia was bringing together the world, and in sporting guise bridging the gap between East and West. Not even a generation later though, in 1992, the city of Sarajevo would find itself enduring the longest siege in modern warfare. The Olympics were long over and a long, brutal war had begun. 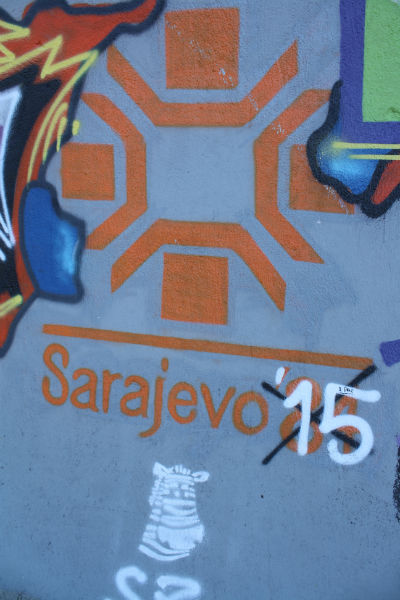 On Mount Trebevic, towering 1627 metres above the city, a 1300 metre long track had been constructed to send athletes hurtling down the mountain in the Bobsleigh and Luge events. 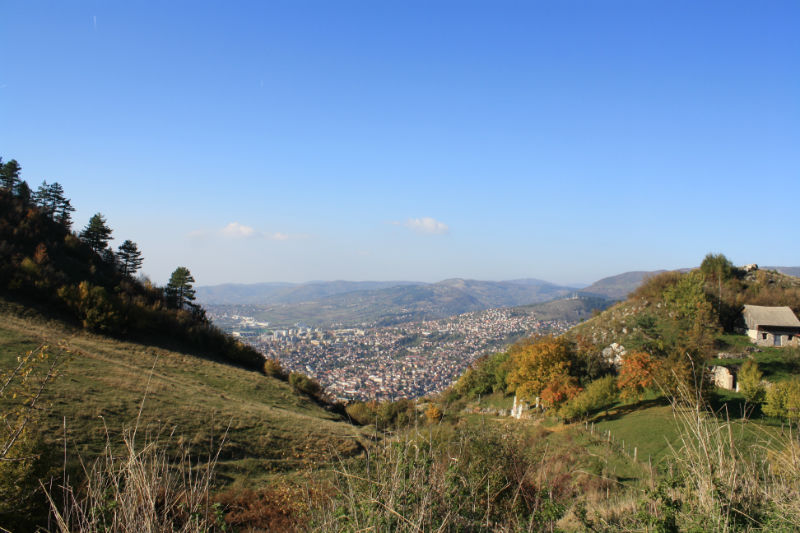 When fighting broke out after Bosnia and Herzegovina declared independence from Yugoslavia, Bosnian forces in the city were quickly surrounded by Serbian forces who didn’t take too kindly to the breakaway. The Siege of Sarajevo would prove to be long and deadly. 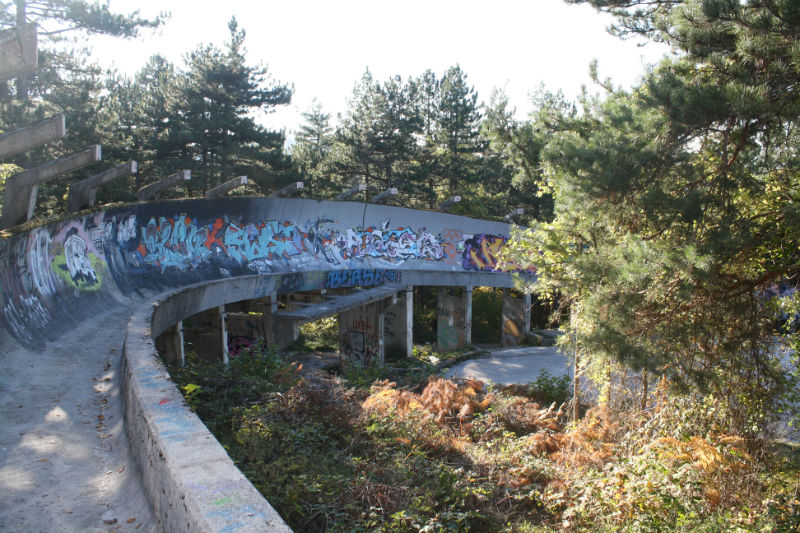 The bobsleigh track was commandeered by the Serbs, and for the remainder of the siege, this place of sport was turned into a place of war. The track was fortified and used to bombard the city below with artillery, every day in a battle which lasted for 1425 days. 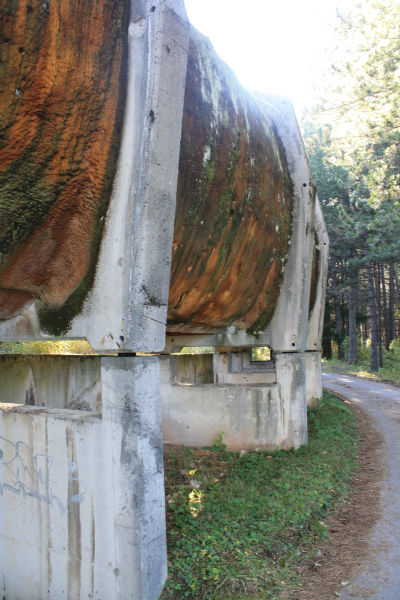 A hike to the bobsleigh track is a hike through the agonising recent history of Sarajevo. I started in the Old City, and on the two hour trek to the top of Mount Trebevic I passed Muslim graveyards, Serbian tombstones, and countless bullet and shell holes. The city still bears the scars of war to this day. 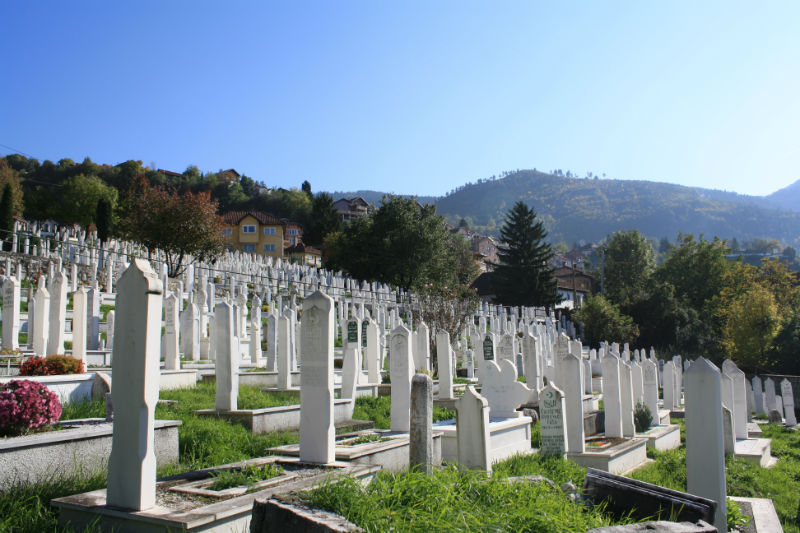 Abandoned, battle marked buildings litter the route up, and although it’s only a few kilometres away, the climb is a brutal walk in the lingering Autumn heat. It’s hard to picture the Winter Olympics having ever been held here at all. 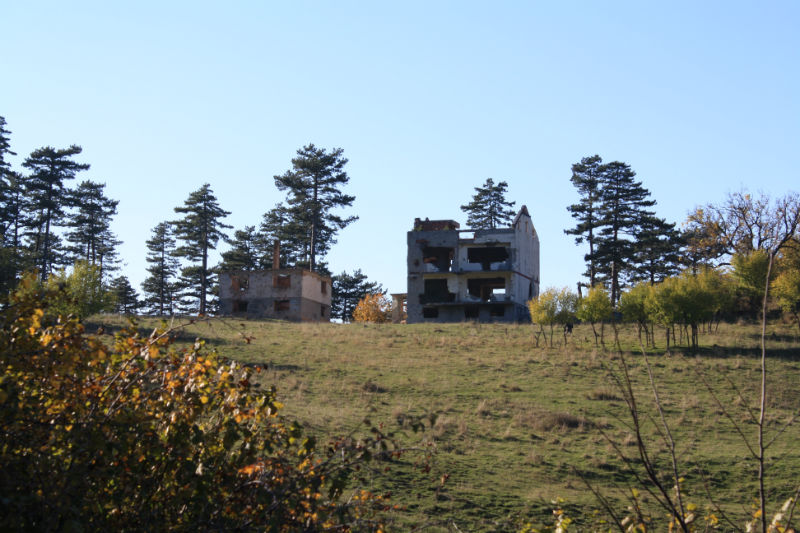 When I reach the top and enter the woodland that’s begun to reclaim the bobsleigh track, I walk past the ominous remnants of mine tape trodden into the ground. 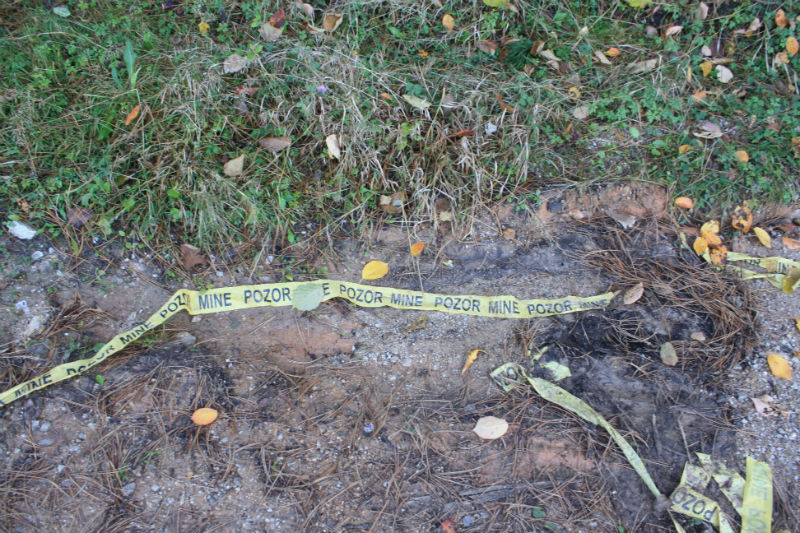 The mountainside was heavily mined during the war. Most have been cleared away in the years since the fighting ended, but I was told that recent flooding the year before had moved a lot of the remaining mines from marked areas, and they could still be strewn across the forest floor.

The safest bet was to walk straight up the abandoned concrete bobsleigh track and to the top of the mountain. 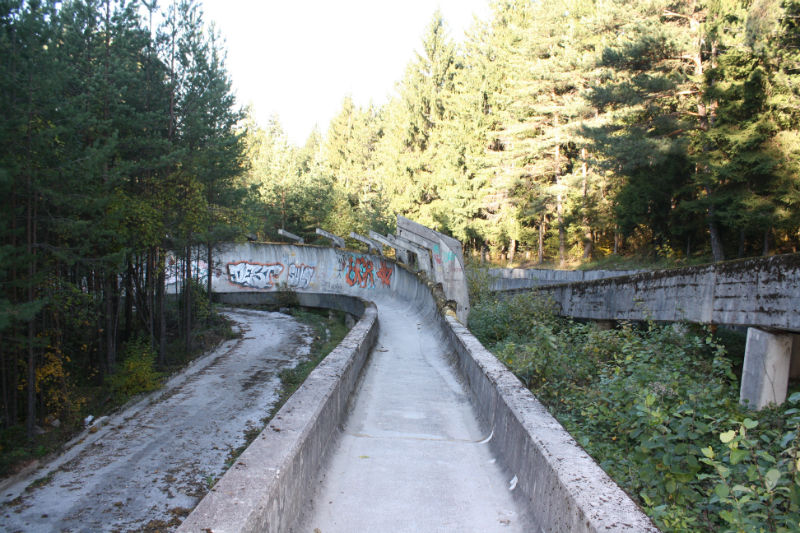 At the bottom of the track, former Olympic buildings lie in ruins. Perhaps these were changing rooms for athletes, or media centres for the TV crews. Now they are empty. 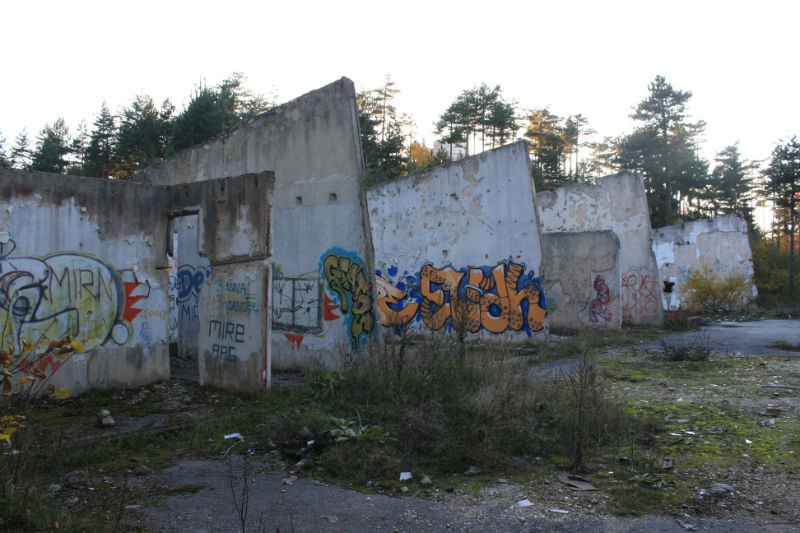 The finish line still stands too, a grey shade of its former glory in the shadow of the mountain. 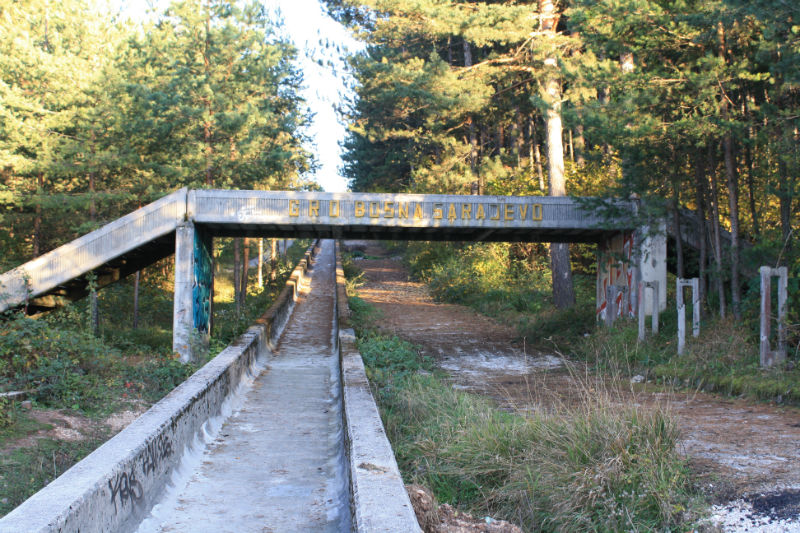 At the top, by the start line, the spectator stand is eerily quiet; a concrete mass being slowly consumed by the forest. 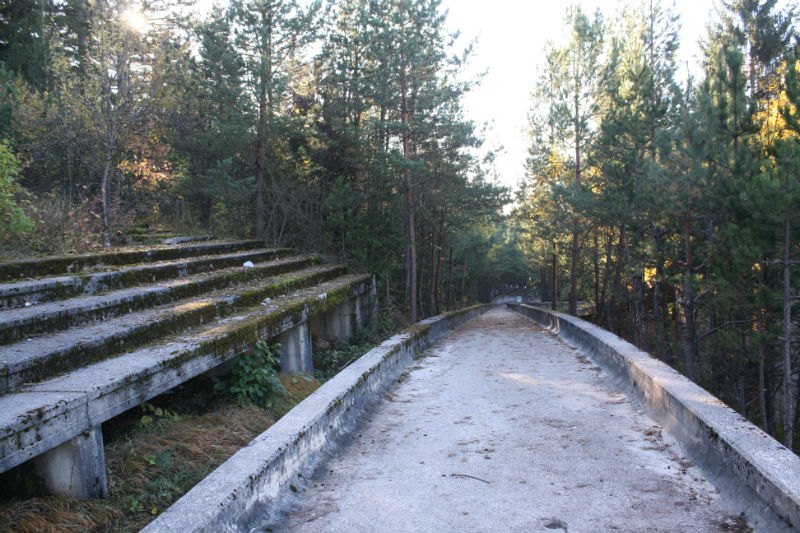 I walked the full length, from start to finish. 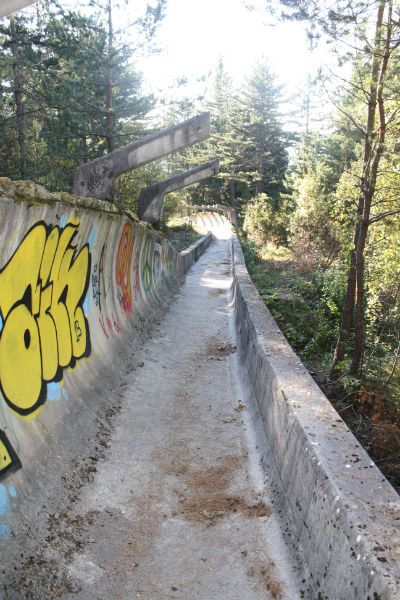 Along the track, the Serbs had drilled what looked like sniper holes at defensive points. 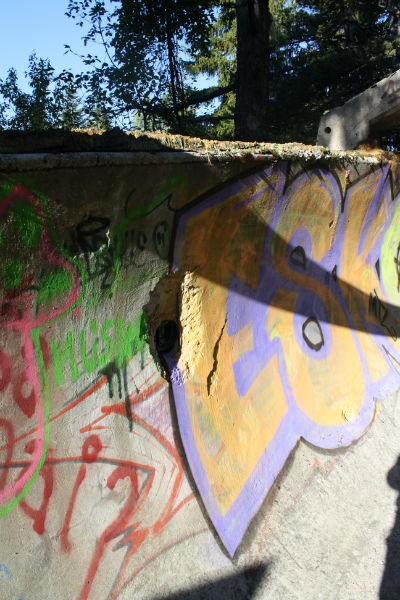 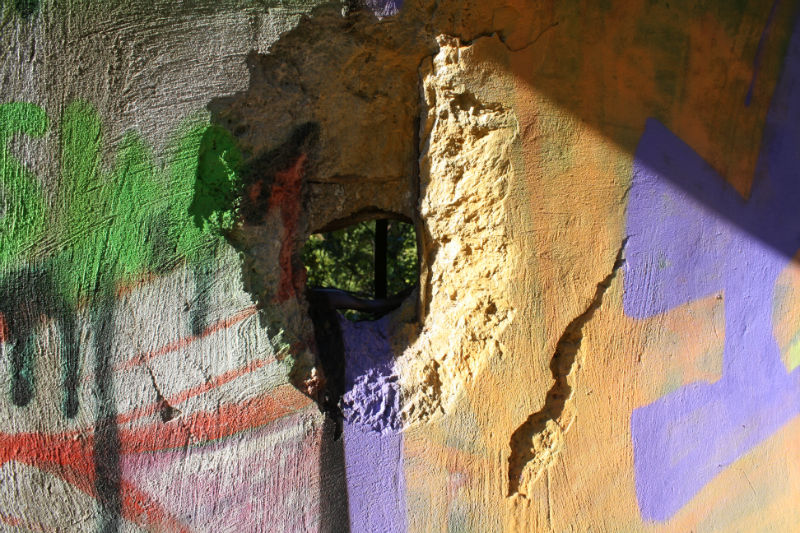 While above the start line, on the summit of Mount Trebevic, there is an abandoned restaurant. 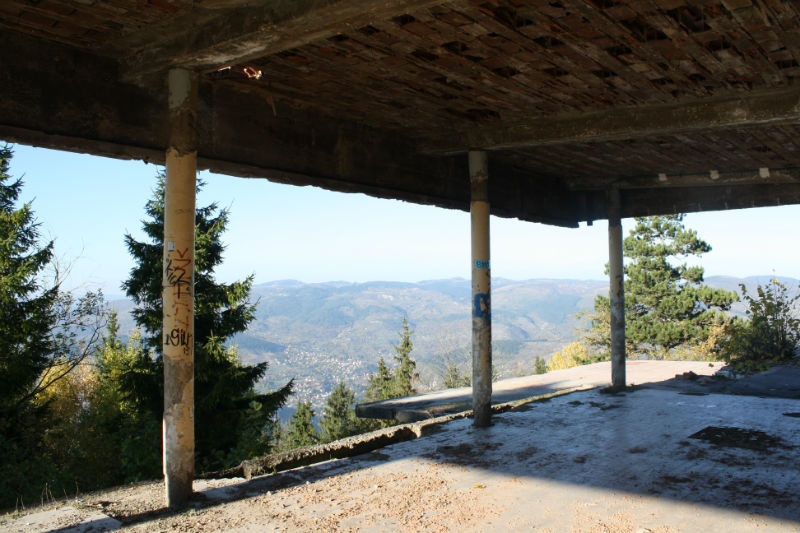 From here, during the games diners had sweeping, extravagant views over the city. And during the war, the Serbian forces had sweeping panoramic views to help focus their artillery. 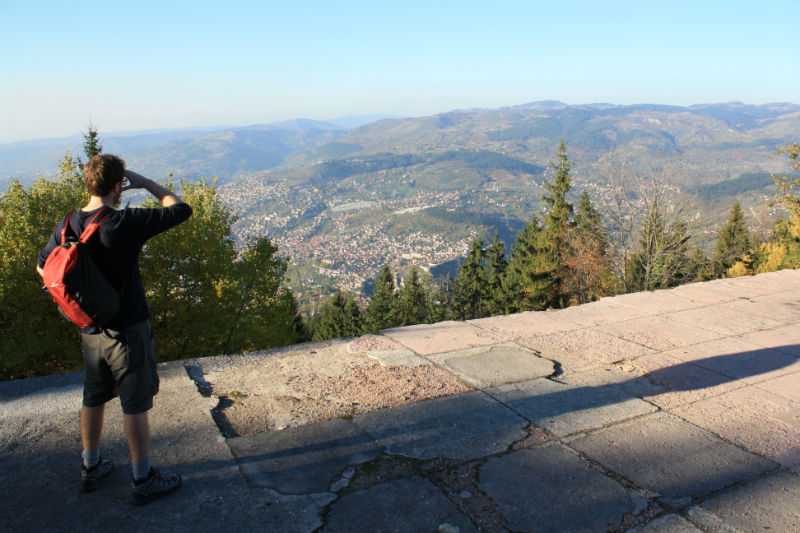 Much of Sarajevo is still scarred from the fierce war that was fought in and around the city. The bobsleigh track is just another reminder of the days before the hostilities- hostilities which have had such lasting human and political consequences on the entire Balkan region. 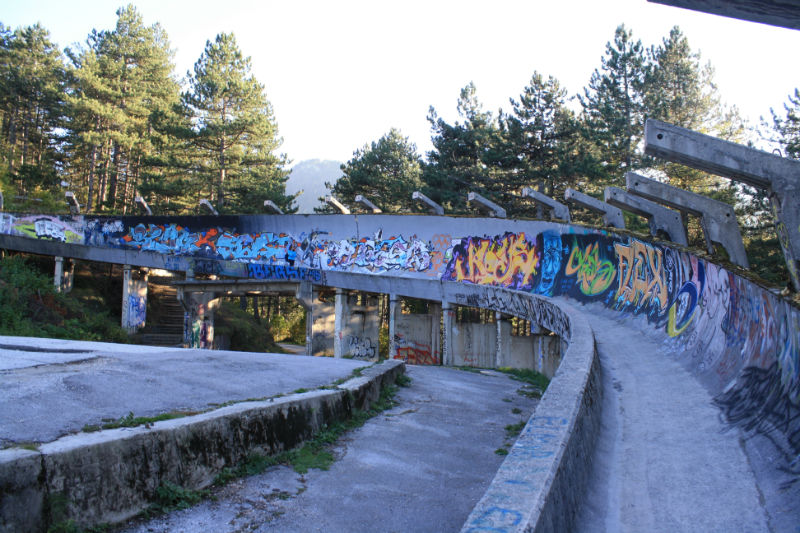 The sun was setting as I walked back down the mountain. This was a city that never gave up, even during the worst of the siege. The Sarajevo bobsleigh track is both a reminder of better days and of darker days, but with plans to rejuvenate the track for future events, perhaps Sarajevo is finally ready to leave its recent conflicts behind. 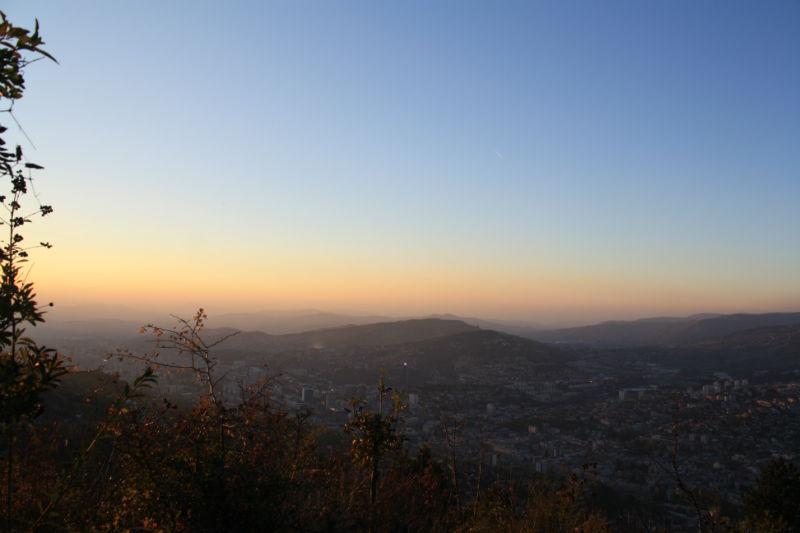 The Sarajevo Boblseigh Track is a good two hour walk from the centre of the city. It’s all up hill too. It’s easy to follow the path through the streets to the top if you have a smart phone map, just put Mount Trebevic as the destination. Get to the top of the hill, go past the empty buildings and then head through the woods and you’ll soon see the abandoned track. You can walk the concrete track all the way to the top.