Memento Park Budapest is a bizarre collection of historical statues, relics and memories from Hungary’s days as a communist nation.

It’s just one of the myriad of crazy things to do in Budapest, and being a lover of the bizarre and having a real penchant for all things communist I couldn’t miss the opportunity to visit this surreal, socialist theme park.

It was a cold, grey winter morning in Budapest, but this didn’t stop me venturing out into the drizzle. In fact, the numbing cold in many ways added to the memories of communism I found in this strange statue filled park hidden away on the outskirts of the Hungarian capital.

Here’s what happened when I visited Memento Park Budapest.

After a long, dreary ride through the suburbs of Budapest the bus drops us off on the outskirts of the city, hurtling off into the fog to leave us alone in the cold

Power cables and concrete buildings cut through the fog around us as the harsh wind numbs our faces.

We were miles from the historic centre of one of central Europe’s most admired cities, in search of ‘Memento Park Budapest’, a bizarre monument to Hungary’s communist past, where socialist history has been preserved in a unique and at times perplexing manner. 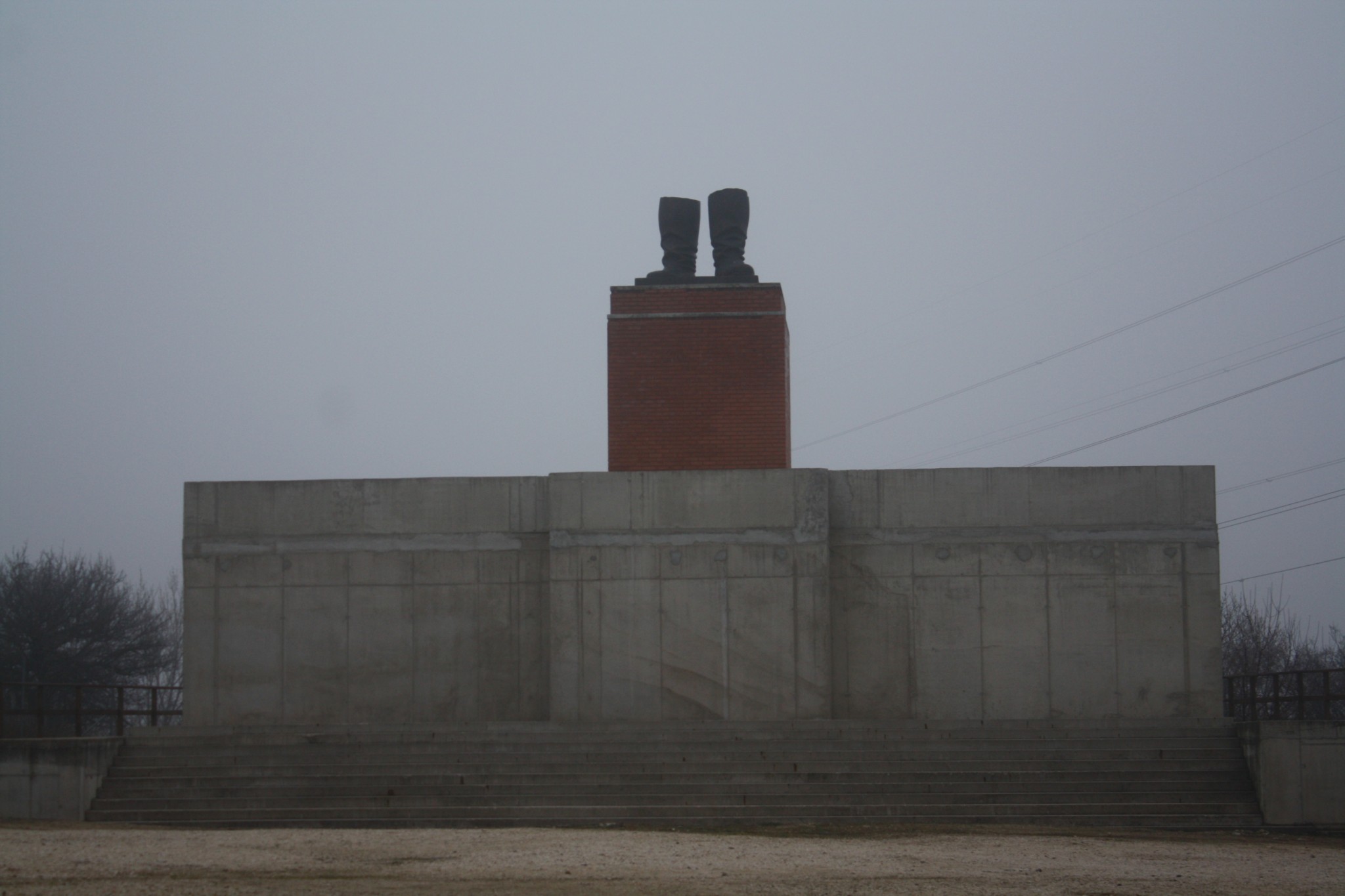 Stalin’s Boots At The Entrance To Memento Park Budapest

We set off down the  road, and through the grey winter weather Stalin’s boots appear through the fog by Memento Park Budapest’s entrance, planted on top of an oversized concrete podium.

This is a recreation of a moment from the country’s 1956 uprising when a statue of Stalin was toppled in the name of good old freedom and democracy. The 1956 Hungarian uprising was the first real threat to Soviet power in the Eastern Bloc after the end of World War II. Disaffected Hungarians began protesting their communist government’s Soviet style policies, and protests soon led to violence and killings.

Before long, the Communist government fell, and protesters toppled the huge statue of Stalin that had pride of place in Budapest, leaving only the boots standing on the podium.

Before long though, the Red Army rolled in with tanks to show the world the joys of socialism and the Hungarian resistance movement was crushed, and the country would be under the communist directive until revolution again swept across the Eastern Bloc in 1989.

Today, a replica of Stalin’s boots stand at the entrance to Memento Park Budapest, a harrowing memorial to the oppressive policies of the dictator, and the decades of communist rule that Hungary endured. 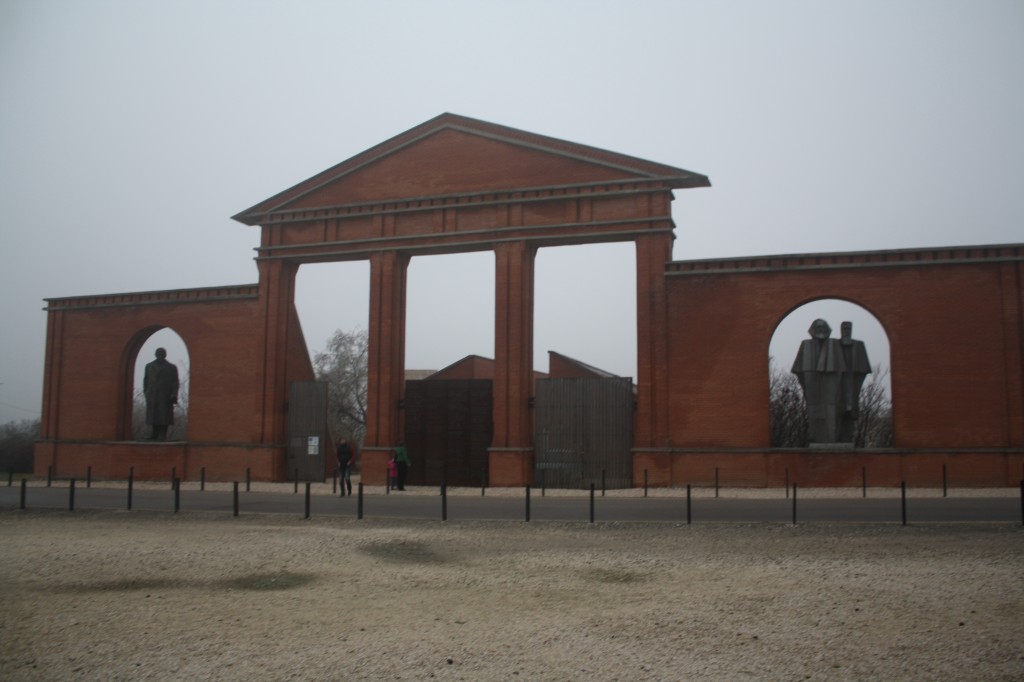 Greeting us at Memento Park Budapest’s extravagant entrance were some of communism’s happy figures.

That’s the revolution’s cheerful Lenin on the left and everyone’s favourite political theorist, Marx himself, on the right. 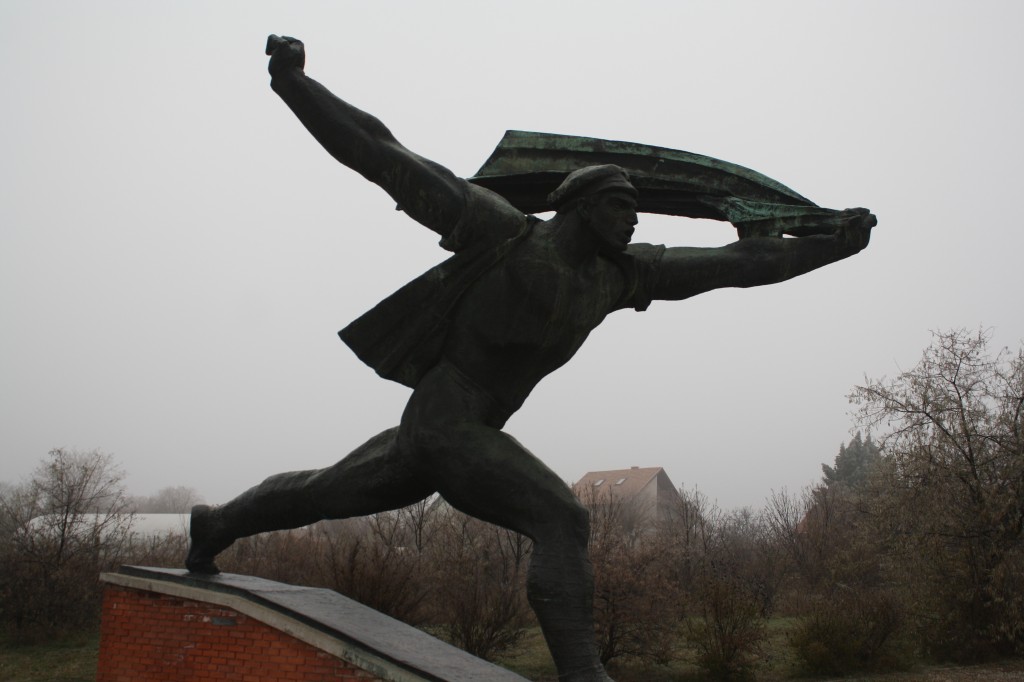 Building oversized statues is what communism seemed to do best.

After its fall in 1989, the good people of Budapest decided to tear down the humongous statues the socialist rulers had built as monuments to the glory of Marxism and the workers, but no one really knew what should be done with them. Socialists love statues, and the people of Budapest found they had a lot of them to tear down…

Many of them ended up here a few years later. The Memento Park Budapest website says the idea is ‘Not irony, but remembrance’, but stepping into Memento Park, the place feels more like a socialist disneyland, where ridiculousness trumps remembrance.

In the cold depths of winter, our communist theme park was eerily deserted though… 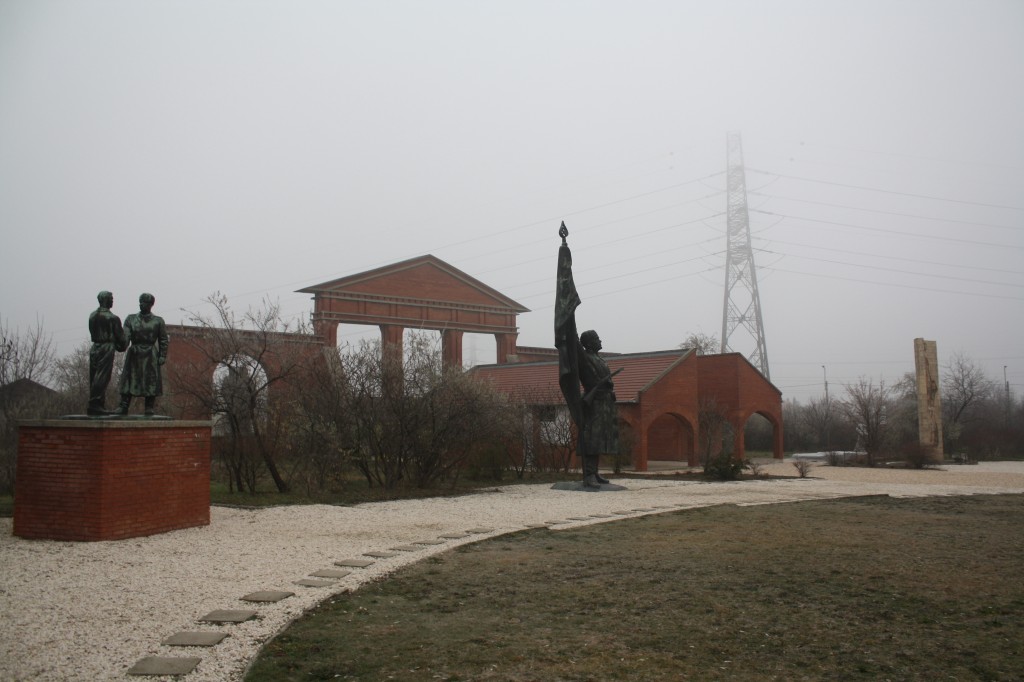 It was just me and the Dicatator’s. 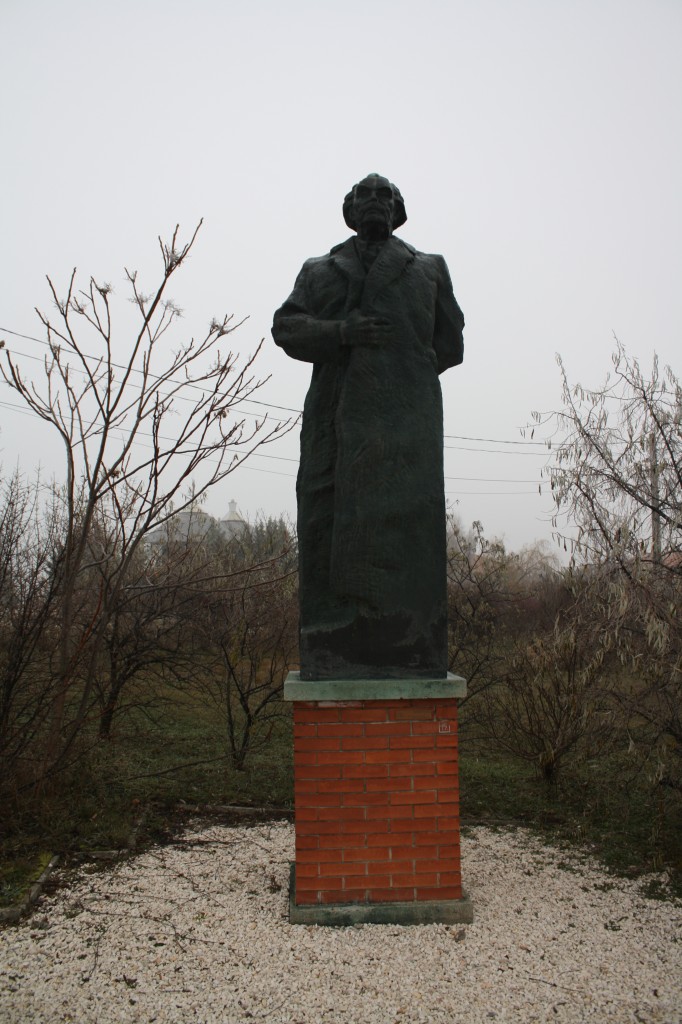 The last, desperate cries of communism in Memento Park Budapest? 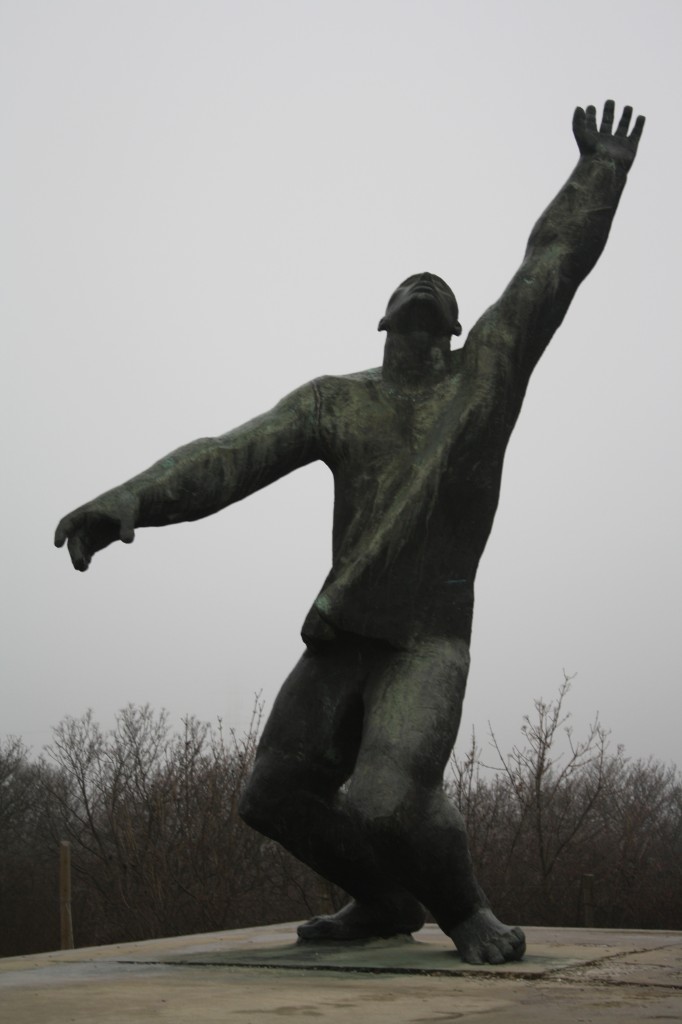 Communist Hungary was known as the Eastern Bloc’s ‘Happiest Barrack’ and this statue representing the friendship between the Soviets and the Hungarian people sincerely manages to capture that atmosphere. 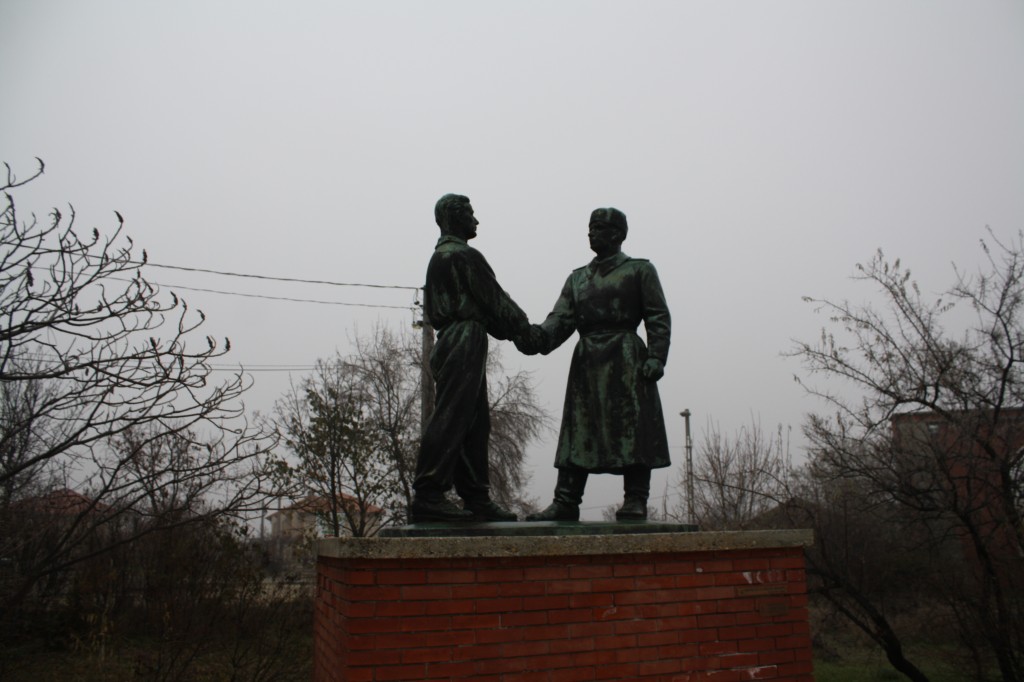 It was dwarfed by the statue of this rather large sub machine gun wielding Red Army soldier. 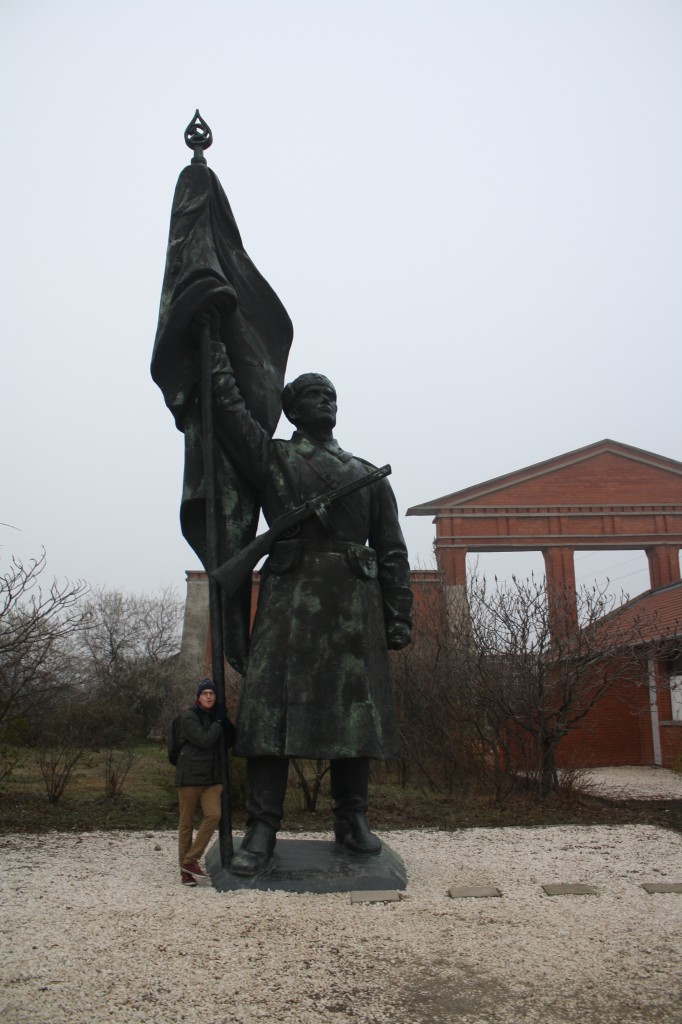 The park’s most interactive attraction however was this old ‘Trabant’, the people’s car. You could climb inside, being careful to avoid the jagged rusty parts of course, and experience the harsh reminder that life in the brutal world of socialism meant small cars, and inadequate leg room.

The Trabant was somewhat of an icon during the days of communist law and order. It was an East German speciality, shipped across the Eastern Bloc, and a reminder that leg room was not needed when socialism ruled.

When the Bloc collapsed, Trabants were left to decay and many were simply abandoned in favour of the supposedly more modern Western cars. It must have just been the leg room, because today Trabant’s like this are more collector’s items than anything else, a nostalgic reminder of the true glory of socialist engineering. 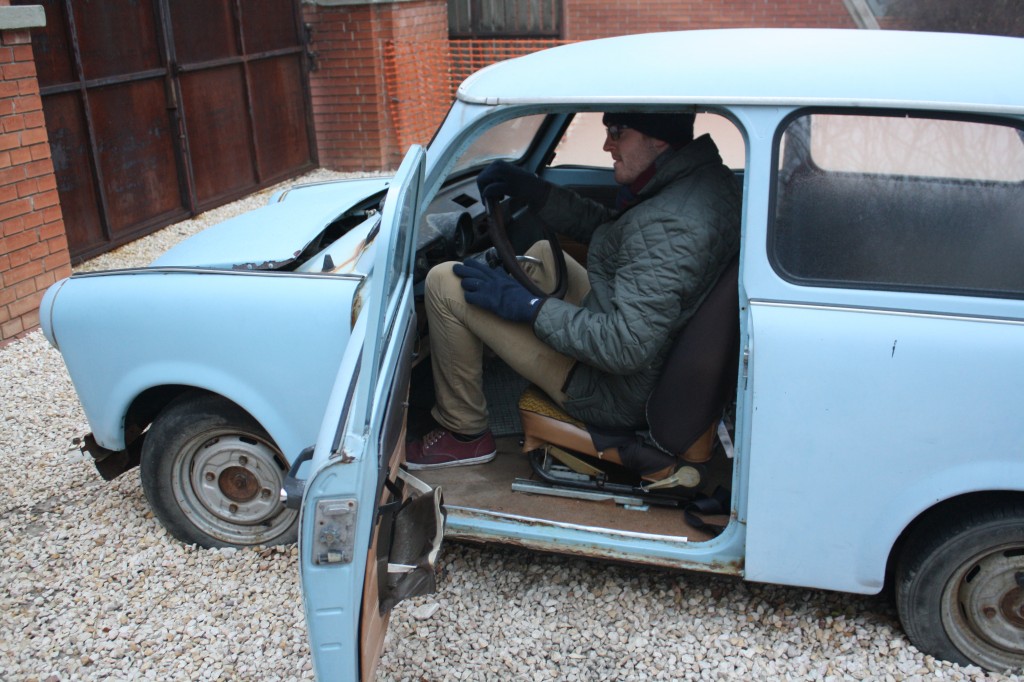 The Unique Preservation Of History At Memento Park Budapest

And if that’s not enough socialist excitement for one day, you can then listen to the communist leader’s hotline, hear some of Stalin’s finest speeches and Gorbachev’s best recordings and then buy your own communist propaganda to take home as your own memento from the park.

Despite the Park’s claims, it is hard not to feel a sense of irony when visiting Memento Park, and this has everything to do with the tacky propaganda for sale and the weird dictator hotlines. Don;t get me wrong, I loved hearing Stalin’s soothing tones on the phone, I’m weirdly into that sort of thing, but if Memento Park is truly a memorial to the dark days of communism, it goes some way to also idealise it.

History has certainly been preserved in a unique way, and for anyone with an interest in communism (or giant statues) it is almost certainly worth the bus/tram ride. But in many ways it also feels as though history has been almost abandoned,  hidden away on the outskirts of suburban Budapest, surrounded by drab concrete and generic red bricks.

Memento Park Budapest – How To Get There

You will find Memento Park Budapest at the following location:

Travelling to Budapest? Then why not take advantage of this awesome offer from Air BnB. Sign up and get £25 free credit towards your first stay!

In Georgia, I visited the birthplace of Stalin himself. You can find out more about that, and the strange town of Gori where the dictator was born and raised HERE.

A Visit to Memento Park Budapest is just one of the bizarre and crazy things to do in the city. If you need more inspiration for your trip to Budapest, then look no further than my detailed article on Crazy Things To Do In Budapest! You can find that HERE.

I Joined the Budapest Shooting Club