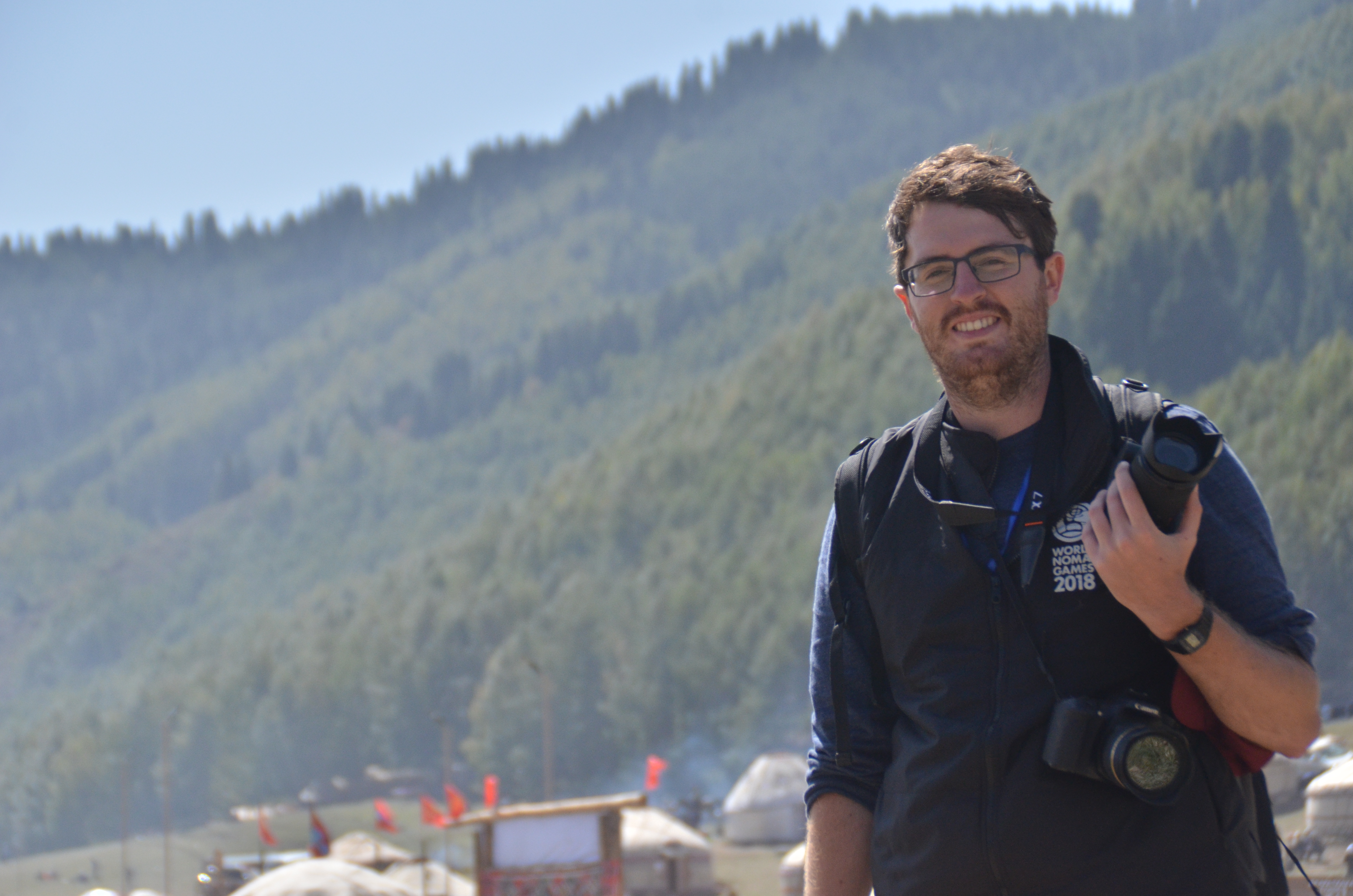 Woah, the year is ending already. But you didn’t need me to tell you that, you’re here to read all about my year in review. And let me tell you, a lot has happened.

I’ve travelled to 12 countries – taking things slow, that’s an average of one per month for the mathematicians out there – started at least one online business and proven to myself – if not anyone else – that actually, I can do this whole travel writing thing.

So, after an inevitably heavy and late night of drinking on 31st December, and an inevitably wasted day on 1st January – let’s not lie to each other, no one starts the New Year fresh! – I’ll be cracking on with hitting my travel, blogging and writing goals in 2019. Luckily though, I’ll have a whole new year to complete them.

But anyway, here’s what went down in 2018 and how I did or didn’t grow as a person/blogger/writer/digitalnomad/etcetcetc.

So now that it’s the end of the year it seems as if 2018 simply flew by. It’s all relative though, as I scramble to join the bandwagon and scrape together this year in review article at the last minute for you to read. I mean, I could have planned a bit further ahead and started writing this at the start of the year. Well, there’s always 2019.

In hindsight, 2018 only seems as if it’s flown by now that it’s almost over. Actually, there were times when things went by rather slowly. Either when I wasn’t travelling or when I was actually travelling and was stuck on some form of incredibly slow transport that definitely didn’t just seem to take forever, but did take forever – it’s not all fruit baskets and jacuzzis in the world of travel blogging.

But 2018 was a slower year because this was the year that I began to take this digital nomad-ing thing extremely seriously – like I’m trying to make a career out of it or something silly.

Well, it’s not so silly in fact, and actually, I’ve discovered it’s very achievable. In fact, without getting carried away, I would say I have achieved that dream this year, but I still have a lot of work to go to secure it for the future.

That’s for next year though. Or, the day after tomorrow anyway. In 2018, I started one Digital Nomad business running infrequent tours – oh, yes, I am the CEO of a company! Ha – and I actually managed to get my travel writing published on one of my all-time favourite publications, Atlas Obscura, amongst countless other places on the big old web.

I’ve written hundreds of articles, for this blog and for other websites and slowly but surely, I’ve turned writing from a hobby into an actual job. I’ve worked with the likes of Skyscanner, Flight Centre, the Philippines Tourism Board, Discover Kyrgyzstan and I’ve even been featured several times in Lonely Planet along the way. Yes my friends, what they say is true. Live and breath the dream and it might just come true.

At the start of 2018 I wasn’t really making any money online. Just bits and pieces, but I had enough savings from my time in Australia to tide me over. I started the year in Langkawi, which is quite hard to complain about really.

Then I travelled to Indonesia, flying into Bali before heading off across the archipelago to the far reaches of the nation, to the little-known island of Timor. Here, it was my mission to accomplish something I’d attempted way back in 2009 when I’d taken my first ever backpacking trip out of school. I wanted to travel overland from Kupang to East Timor, one of the least visited countries in the entire world.

This time, things were a little easier. No border closures and not too much political tension. I safely made it across, before travelling all the way across East Timor, finding an untouched, tropical wilderness and meeting a few guerilla fighters along the way.

Then it was back to Bali before I headed off to Australia.

And really, it’s a good thing I was heading to Australia. I flew into Melbourne, but over my last week or so in Timor and Bali, a small, seemingly insignificant cut had become outlandishly infected. I’m not going to lie, it looked hideous. It looked like my leg could fall off.

So I got it cleared up over the next few weeks while road tripping along the east coast and by the time I got to Cairns, it had cleared up enough to let me go snorkelling in the ocean. Unfortunately, it then rained, and I didn’t really get to see that much of the Great Barrier Reef. Oh well, I hear it will be around forever right?

Next, it was time for some serious digital nomad-ing, and I flew into Bali to meet with my business partner to organise the tour we were planning to the Philippines with other bloggers. A lot of work and a lot of Bintangs later, and we had it sorted, and I carried on to one of my favourite cities, Kuala Lumpur, to relax and work and mostly eat Malaysian food before it was time for the big event.

Before long, I was on my way to Coron in the Philippines, but not before a quick four-day layover in Bandar Sei Begawan, the capital of Brunei. This small nation makes up the third part of the huge island of Borneo and it was conveniently sited on the route to the Philippines.

I didn’t know too much about Brunei before I landed, but it turns out it’s rather a charming place. They even have the largest floating village in the world and some of Borneo’s most untouched jungle.

Then it was time for the big day, the launch of my travel blogging tour/event, where alongside my friend The Life of Jord, we invited a bunch of awesome nomads to Coron to live and work in the sunshine for a week. It was a resounding success and we’ll be following up with the second event in 2019!

After island hopping in Coron, I headed south, to Mindanao. Most people who’ve heard of Mindanao, probably have only ever seen all the news about Marawi, kidnappings and terrorism.

Actually, after visiting Cagayan de Oro and the north, I can tell you that it’s actually rather pleasant, and not really at all like the news. Get out there if you are ever in the country, you won’t regret it – well, I suppose if you did happen to get kidnapped you might regret it, but such are the dangers of life these days eh?

After an eventful journey through the Philippines, I was heading back home to England for the summer, but it was much cheaper to stop over in Hong Kong for a few days.

I’d never been to this Asian metropolis before but now I can see just why it’s so popular. It truly is what one would call a fusion.

A brief stint in the UK – and it was a scorching summer surprisingly – and then I was off to the remote lands of Central Asia, to report on the World Nomad Games, the most unusual sporting event of the year.

This was a cultural feast, as nomadic nations from across the world congregated on the shores of Issyk Kul Lake to battle it out for nomad supremacy. There was horse wrestling, eagle hunting and horseback archery, and the whole event was rounded off with spectacular opening and closing ceremonies.

After this, I was invited to explore the country with Discover Kyrgyzstan and some other wonderful bloggers. It really is quite an exceptional destination and I guarantee that it will explode over the next few years, so get in there quick guys!

It was then back to England, but not for too long, and soon I was travelling through the Baltics on what was more of a holiday than anything else. Having – more than – a few drinks and visiting some Soviet Occupation Museums. My idea of a great time actually.

I was called back to work before too long, however, as I was needed in the Philippines.

Yes, in 2018 I travelled to the Philippines twice. The second time, in November, the Philippines Tourism Board flew me out on a press trip to show me around Bicol and to ride some ATVs up the side of a volcano.

I stayed on for a few weeks after the trip, swimming with whale sharks and exploring a few islands and then I was back in England for Christmas, and now for the New Year too.

Where to next year? Well in just over a week I’ll be off to a part of the world I’ve never been to before. I’m starting the year of 2019 as I mean to continue, with lots and lots of travel – but probably with more work along the way too…

I’ll be flying into the Yucatan Peninsula to search out a few Mayan ruins, before travelling through Central America – in search of more Mayan ruins and hopefully a few wild stories too.

I’ll be working hard, writing hard and pitching articles to bigger and better publications to really solidify my plan to be an at least reasonably successful travel writer and to keep this whole digital nomad-ing thing on the go.