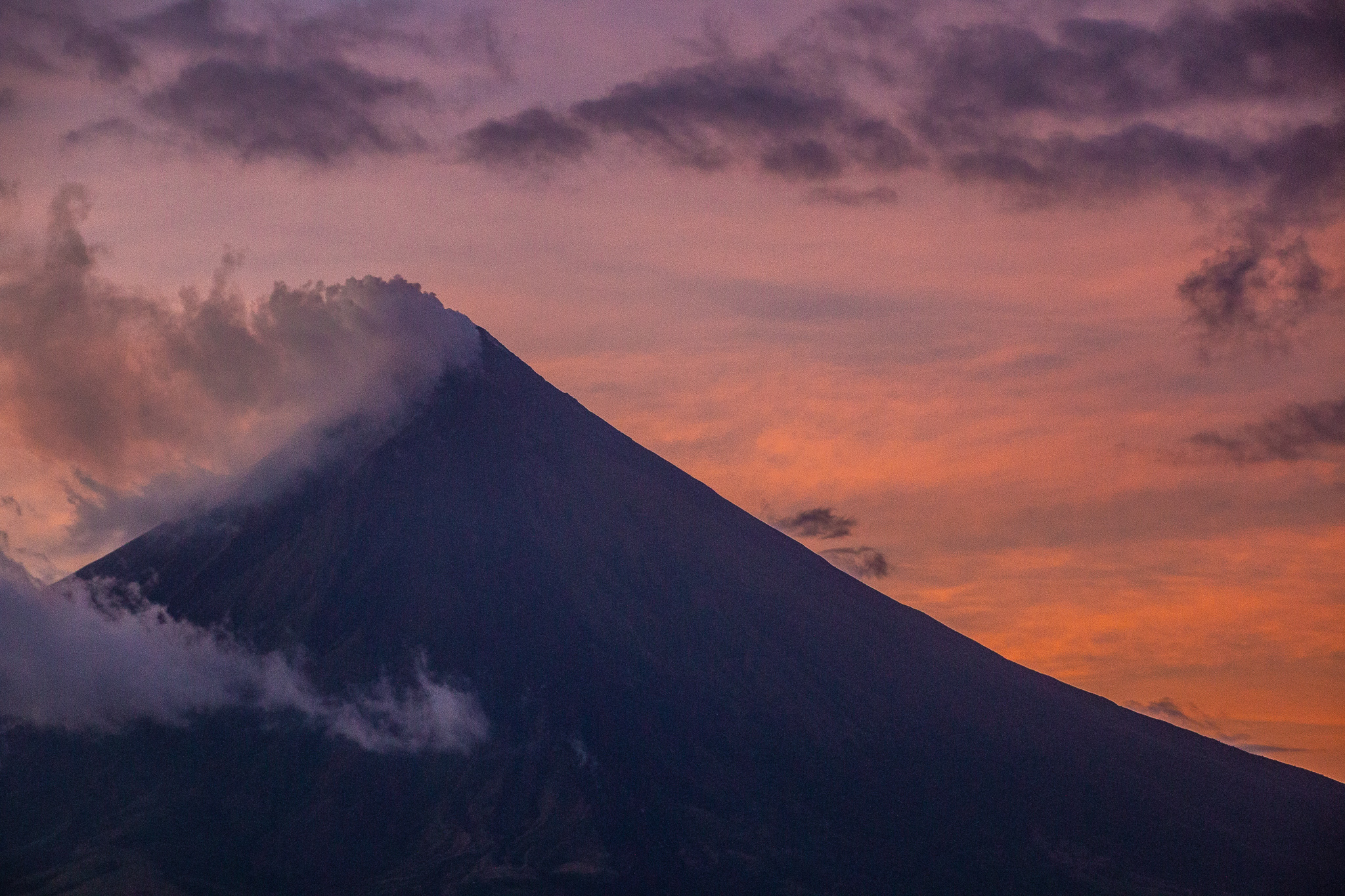 In Legazpi, in southern Luzon in the Philippines, the Mount Mayon volcano overshadows the entirety of the city.

This is the Philippines’ most active volcano and it last erupted as recently as January 2018. The distinct, almost perfectly conical cone dominates the skyline for miles and although the summit was currently covered in a strange swirl of clouds that seemed to be drawn inexorably towards the crater, I knew that Mount Mayon was not lying dormant, but that this volcano was steadily smoking away and biding its time before the next eruption.

With the volcanic slopes in the background, I strapped on a helmet, pulled my scarf over my face and pushed the off-road ATV that I was about to drive to the base of Mount Mayon into gear before revving the engine forwards towards the volcano.

Living in the Shadow of Mount Mayon

“We all live under the volcano”, says my ATV guide Ramel as we get ready to ride out along rough trails that will lead us ever closer to Mount Mayon.

“You can see the lava flow from 2006”, he points towards the clouds in the distance. “That’s where we are going”, he adds before he speeds off across the dirt to lead our group of ATV riders towards the volcano.

The locals of Legazpi live in the constant shadow of Mount Mayon and under the constant threat of the volcano erupting.

Ever since the Spanish arrived in the Philippines in the 16th century and began recording the volcanic activity here, Mayon has erupted at least 30 times. Some eruptions have been more dangerous and deadly than others, but all, like the lava flow from 2006 that I could see clearly even from miles away, leave their mark on the land.

In January 2018, the last eruption of Mayon forced the evacuation of thousands of local residents from around the base of the volcano, as ash and lava were thrown into the air and down the slopes towards the villages below.

Despite the hazards of living so close to the most active volcano in the country, Mount Mayon is considered as much a blessing as it is a curse to local residents, providing unusually fertile soil and these days, ever-increasing opportunities for tourism.

An ATV Ride to Mount Mayon

Following Ramel on an ATV we passed first by the ominous side of a cemetery, where in local fashion coffins encased in concrete boxes are piled above ground for all to see.

I couldn’t help but wonder if anyone laid here to rest had been caught in one of Mayon’s past eruptions, but before I could dwell on that dreary thought for too long we were racing into the trees and along a soaking wet riverbed, ever closer to the volcano.

ATV Mayon excursions have become increasingly popular amongst visitors to Legazpi, as it’s an easy yet adventurous way to get closer to the volcano. A huge national park surrounds Mayon itself, and it was into this protected area that we were driving.

Ramel led us along muddy tracks and we raced over shallow river crossings that left me covered in mud. As we gained distance to the base, the ground began to harden and the soil turned darker and rockier, while to the sides of the track thick vegetation and palm trees formed a dense forest that grew furiously from the volcanic soil and that seemed to stretch endlessly.

We had been driving ever uphill for the best part of an hour before we reached our destination. The 2006 lava front rose as a solid wall of sediment before our ATV group and stretched for miles towards the summit of Mount Mayon.

A small camp has been established at the foot of the lava wall, where tourists can rest after the ATV journey before hiking up the short trail which leads through the forest to the rock.

Ramel stayed behind at the camp and instead, local guide Nad took us on the final stretch towards the lava. At the start of the trail, a sign contained a warning and instructions on what to do in the event of ‘Mayon Abnormalities’. I should stay calm, not panic and move towards a ‘safer place’, wherever that may be.

Nad didn’t seem fazed. And if anything, he was bemused by my interest in the eruptions and the damage they have caused previously. For me, it was an enthralling, exciting novelty, but to Nad, the volcano was simply another fixture of everyday life. “I have seen so many eruptions”, he tells me. “Since 1984, so many. I was near here in 2006, and then again in 2009, 2014 and in January 2018 too”.

He points towards the summit, still obscured by heavy clouds. “She didn’t know you were coming here”, he jokes almost affectionately. “She is still sleeping in the clouds!”

In 2006, she certainly wasn’t sleeping and as we walk through the palm trees I can see the extent of the lava flow that resulted from the fierce eruption. The trees end and I clamber upwards over rocks to the head of the black lava flow.

From the lava flow, I look upwards towards Mount Mayon, still covered in seemingly endless clouds. The fact that the last eruption was less than a year previously is some comfort, but Nad then goes on to explain how in 2006 when this lava wall was formed, several tourists had been caught near the summit.

Thousands of people were evacuated when Mayon began spewing ash and lava, but four unlucky tourists were trapped by the eruption further up the slopes. They had little chance to escape and were the first victims to perish.

“Sometimes there is a little warning”, Nad tells me as we stand on the lava wall looking towards the summit. “Usually, there is no warning”.

For Nad, life under the shadow of Mount Mayon simply continues, and its volcanic eruptions are simply part of the cycle of nature.

Built on top of the lava flow is a concrete helipad and I ask Nad if this is here for evacuations. He shrugs, “Sometimes. Usually, it’s for tourists though”. If you didn’t want to take the off-road, ATV route to Mount Mayon, then with enough money you could land a helicopter on the lava.

Mount Mayon has been turned into somewhat of a volcanic adventure playground. The 2006 eruption and the formation of the lava wall began the ATV craze that continues to bring tourists up Mayon’s slopes, and increasingly, more and more companies are offering tours and employing locals in the industry.

From here, if there was time, a trail even leads for a few more hours up the mountain to Base Camp, where you can camp overnight before hiking as close to the summit as you dare.

This was as far I was going into this adventure playground, however, but before we kitted up for the ATV ride back to Legazpi, there was one final activity to experience in the shadow of the volcano.

Rather than walking down the lava flow that I’d just summited, Nad asked if I wanted to get down quicker. There was a zip line built above the trail, stretching over 100 metres down from the lava towards the camp.

Why not? It’s not often that you get the chance to zip line off a lava wall while the most active volcano in the Philippines slowly spews smoke and ash in the clouds above.

I was strapped in and I was soon flying down the slopes of Mount Mayon.

Full Disclaimer: I travelled to Bicol as part of a Press Trip arranged by the Philippines Tourism Board in the United Kingdom. As always though, all opinions expressed in this article are my own.

The ATV ride was provided by Your Brother Travel and Tours, who are the pioneers of off-road ATV rides on the Mayon Volcano.