The Travel Continuously Summit Round Up! 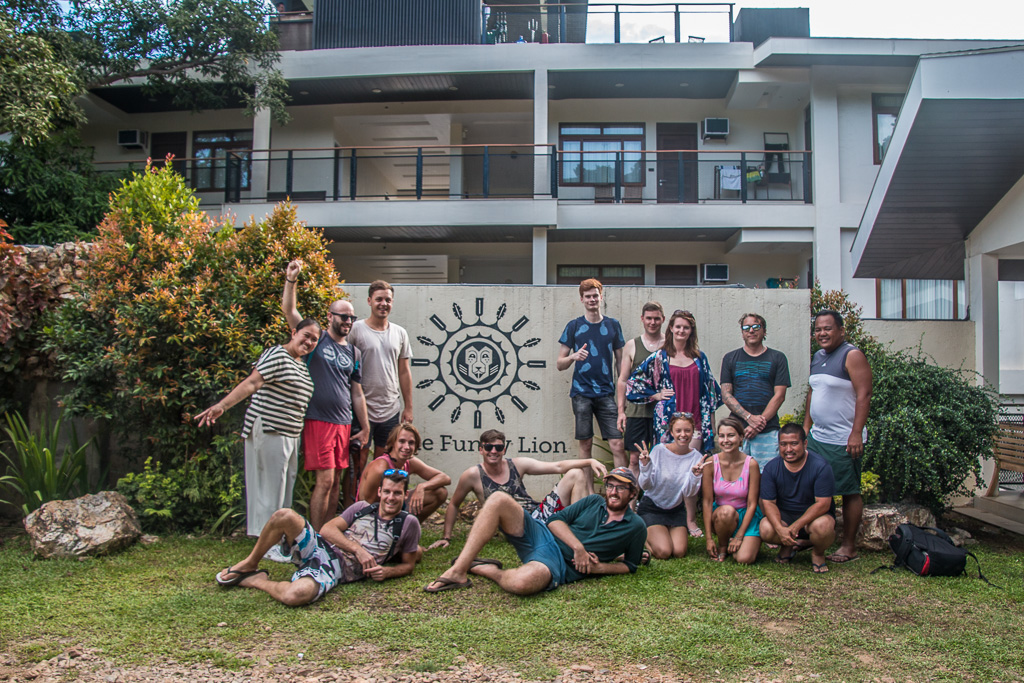 The Travel Continuously Summit Round Up!

If you’ve been following me then you’ll know I’ve been in Coron, the stunning island archipelago north of Palawan in the Philippines.

Over the last few months – since January in fact! – I’ve been hard at work planning the first ever Travel Continuously Summit which we held at the Funny Lion Hotel in Coron. In that time I’ve become a company director and a tour guide for this new venture!

I never would have thought that possible just a year ago…

I’ve been working with Youtuber Life of Jord, and we started this event to help up and coming travel content creators learn the skills needed to be a success in the competitive world of blogging and vlogging.

We gathered together 14 people from around the world, including two awesome guest speakers- Anton Diaz of Our Awesome Planet and Jord Hammond, a successful instagrammer and travel photographer- and we all spent a week living and working in Coron together.

It was a roaring success, the new guys have left completely motivated and with a few new tricks up their sleeves and we had epic adventures creating new content around the islands.

This was the first time we have ever run an event like it, and quite honestly we didn’t know what to expect, or if it would even work. Everyone put their trust in us completely to make it happen, but after hearing everyone’s positive reactions to the week, I think it’s safe to say that it was a resounding success.

We are planning on hosting more in the future, and will be announcing the next location at the end of this month for the second Travel Continuously Summit – message me if you are interested in knowing more!

We all have so much content and inspiration from Coron, and I’ll be creating more detailed articles over the next few weeks, but for now here’s a quick roundup of the highlights from the first ever Travel Continuously Summit. 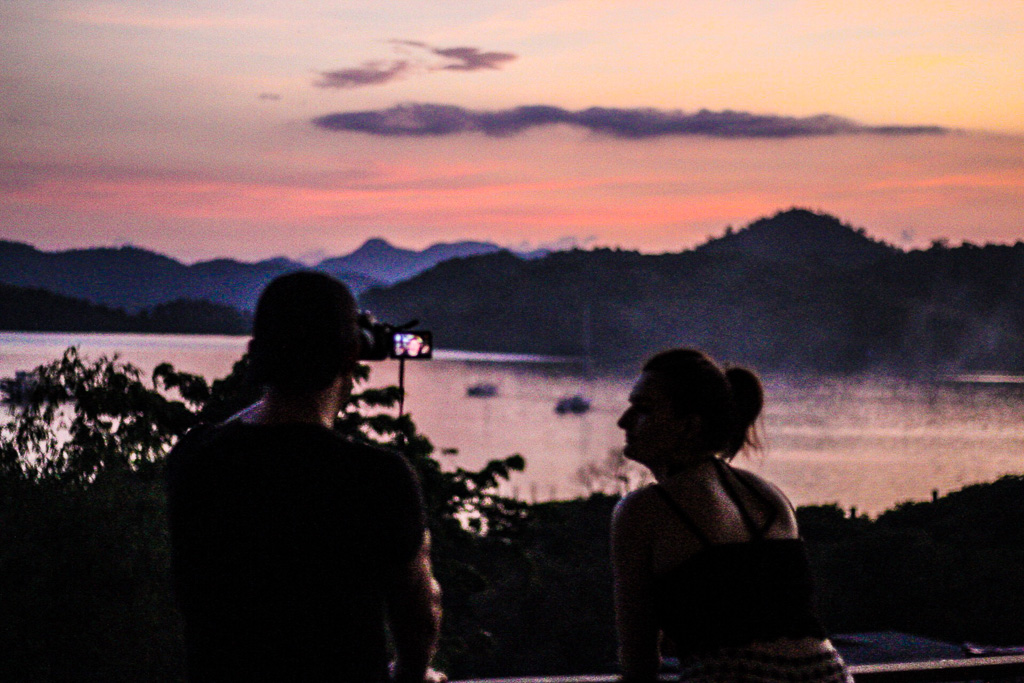 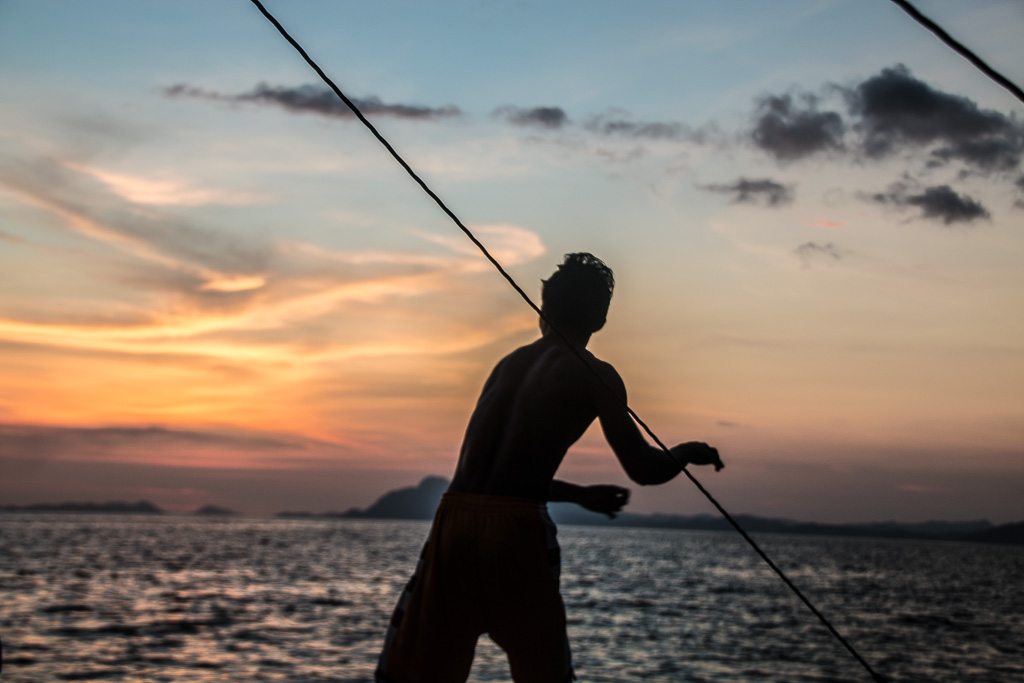 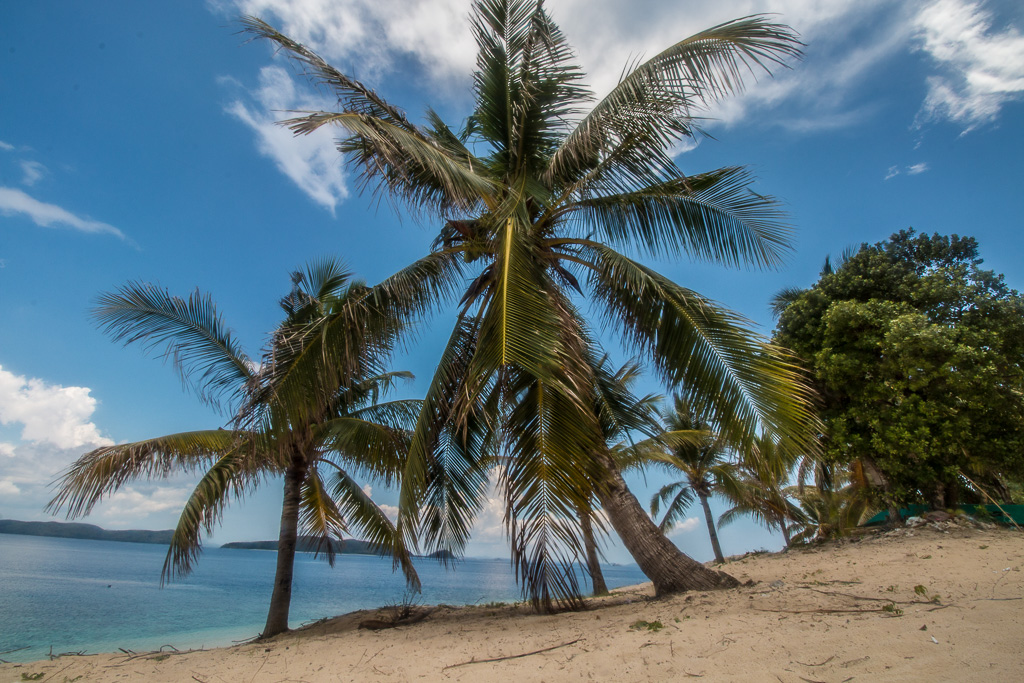 We chose Coron as the setting because we knew already that it’s a truly spectacular place. There’s islands, beaches, lakes, lagoons and more and more islands to see.

Palawan is sometimes called the last frontier of the Philippines, and that’s because although it’s slowly getting busier and busier with tourism there are are so many islands that it’s impossible to visit them all. There’s always an untouched and unknown place to find out there, and especially so in Coron.

We wanted to create awesome content in a beautiful location, and we took the guys out to see all the famous spots around Coron first. We visited Kayangan Lake, Twin Lagoons, we snorkelled the Japanese Shipwreck and had lunch on a white sand island beach – all thanks to Calamianes Expeditions, who showed us around on our first island hopping adventure.

These are the places that first drew travellers to Coron, but we knew that there was much more out there to explore too. 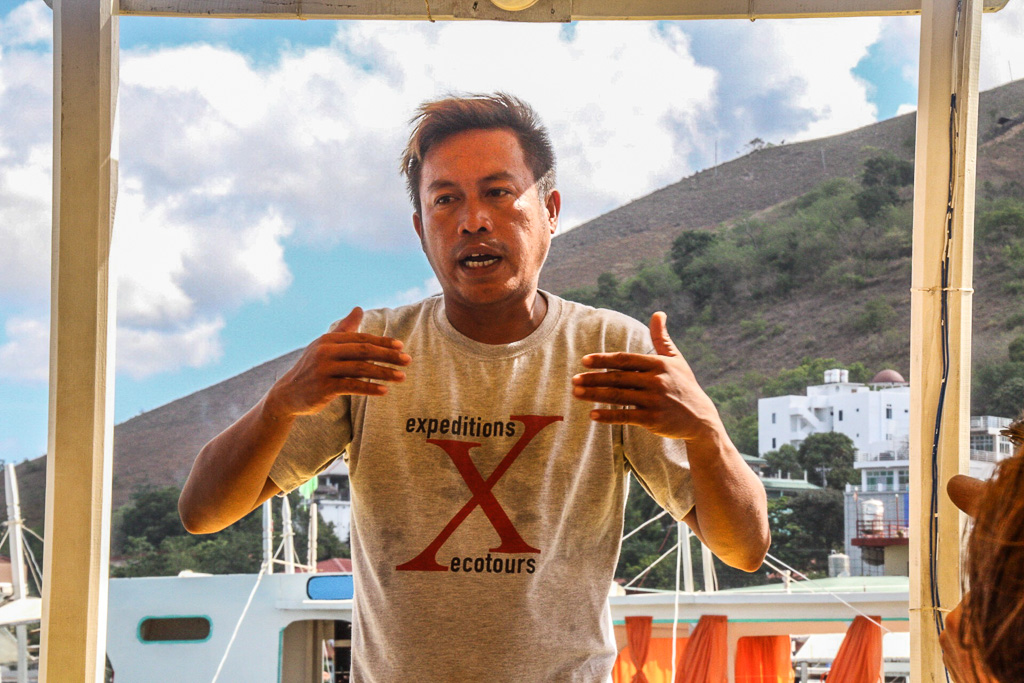 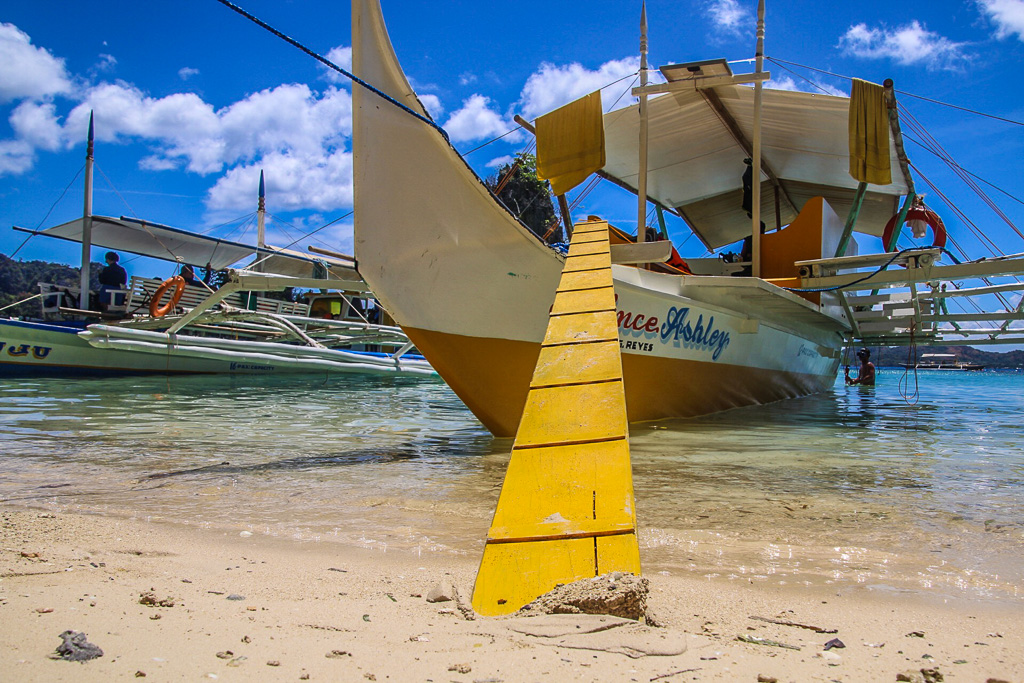 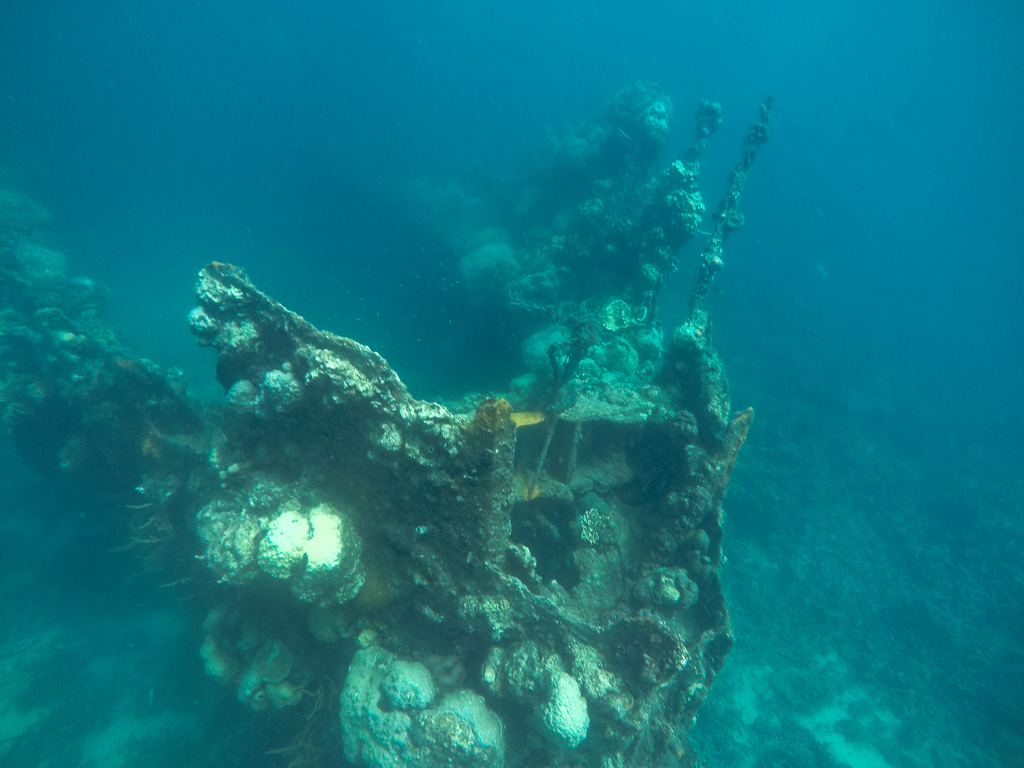 Our second island hopping adventure took us much further out, and we spent the second day exploring two beaches that have barely been touched by tourism, in fact we were the first tour group to even set foot on one of them.

We teamed up with Coron’s first Stand Up Paddle Boarding Company – SUP Central Tours – and the unique Red Carabao to give everyone at the summit an off the beaten track adventure they wouldn’t forget.

We visited Isla Cueva – a private island with a monstrous uphill hike to a huge cave and beautiful white sand and turquoise water. Michi, our host from SUP Central Tours put on a huge BBQ lunch before we paddle boarded across to a beach further along the island chain. 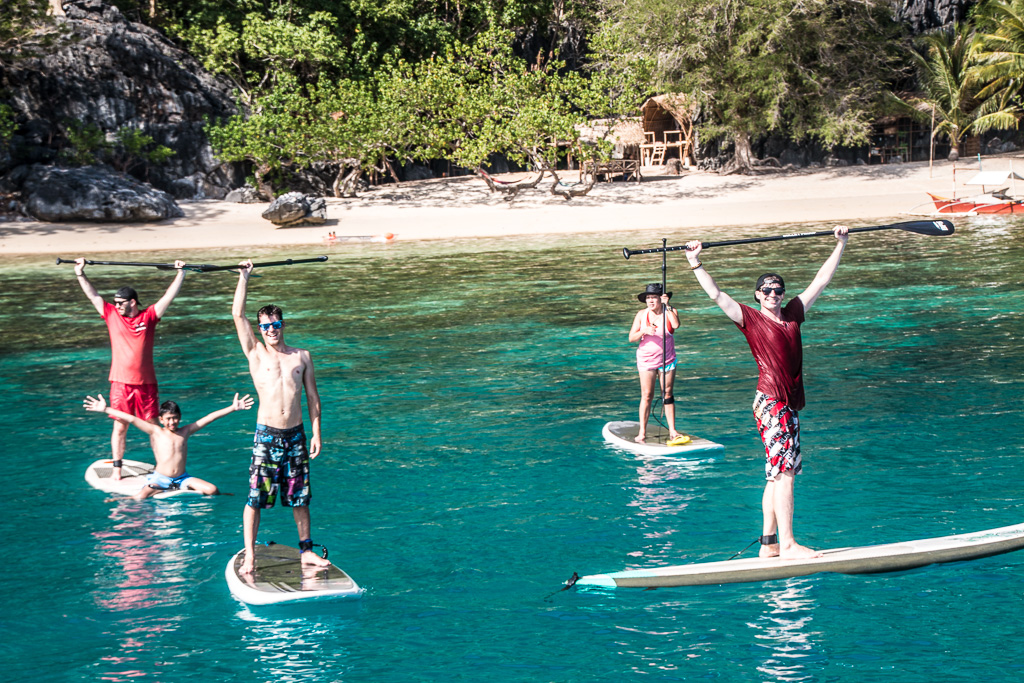 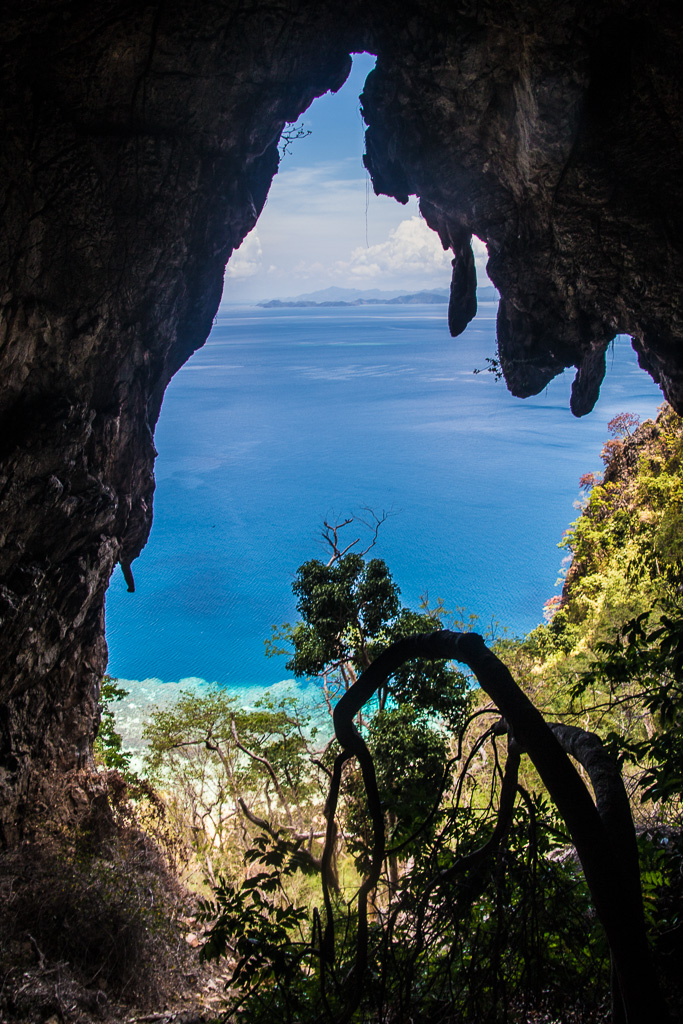 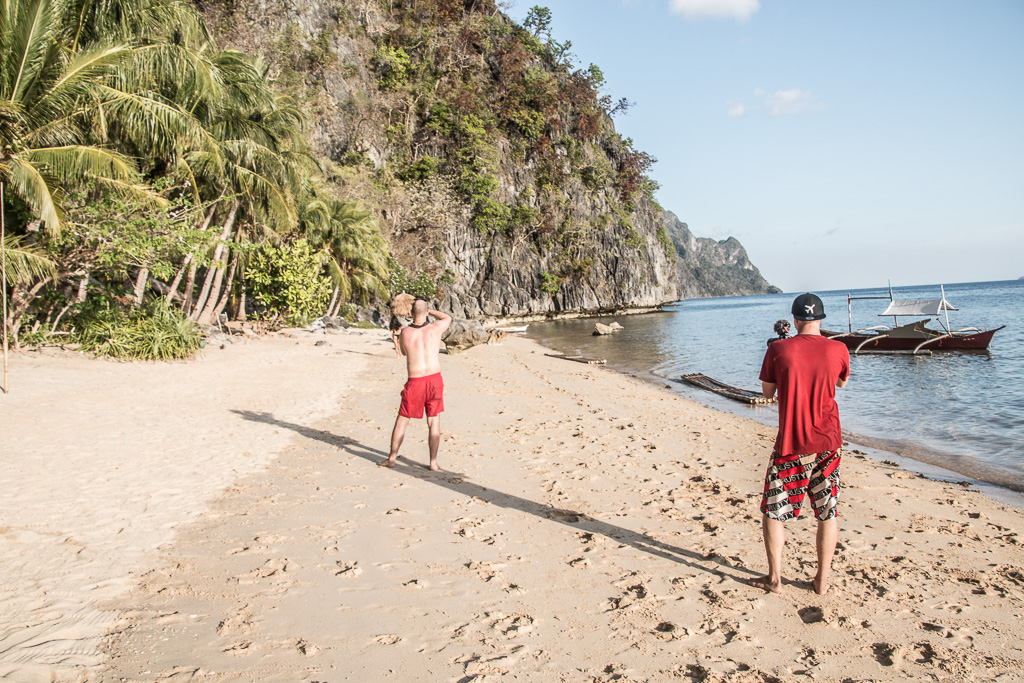 This was Camp Carabao, a remote beach that Ald from Red Carabao is turning into an overnight camp.

These islands are owned by the local Tagbanua tribe and Ald is working tirelessly with them to get them involved in the tourism boom so they aren’t left behind.

We were immersed in their culture and were privileged to be the first tour group to set foot on the sands here, to learn more about the locals and their history. 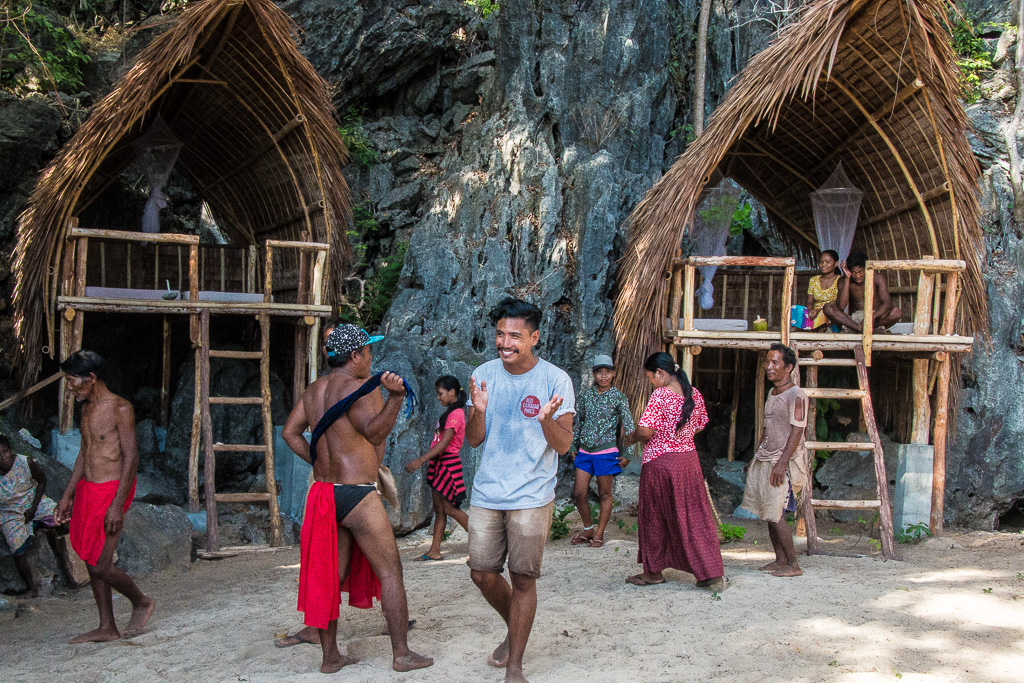 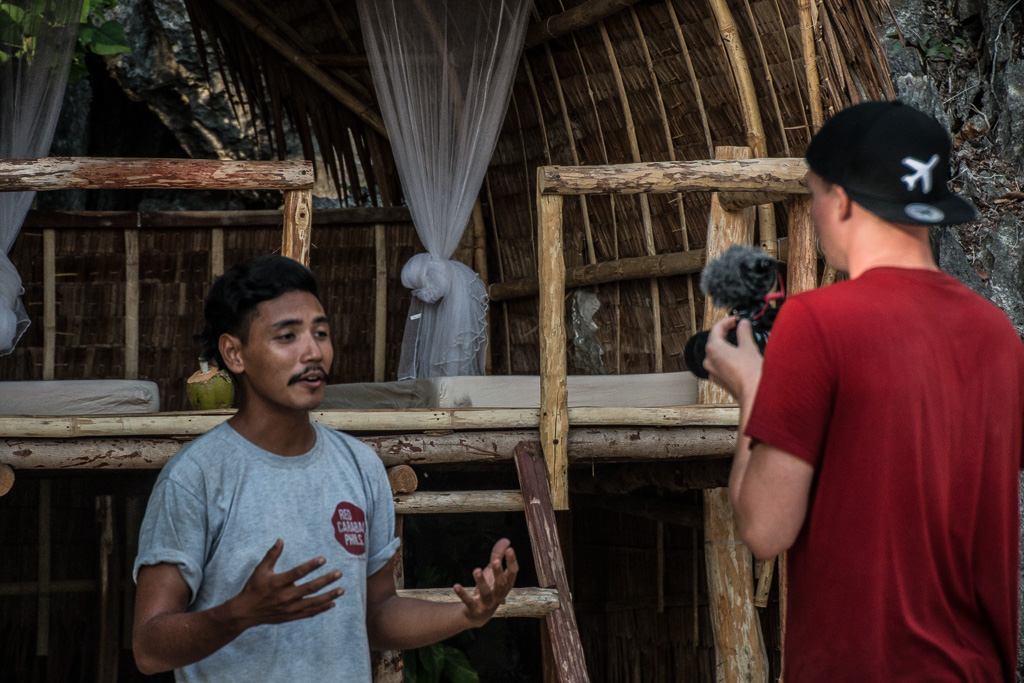 Two days of island and beach hopping weren’t enough though, and we took on a third day later in the week to visit the far off and remote Pass and Black Islands.

We left early to avoid any other tourists and found paradise at Pass Island, a beautiful white sandy island. The definition of tropical. 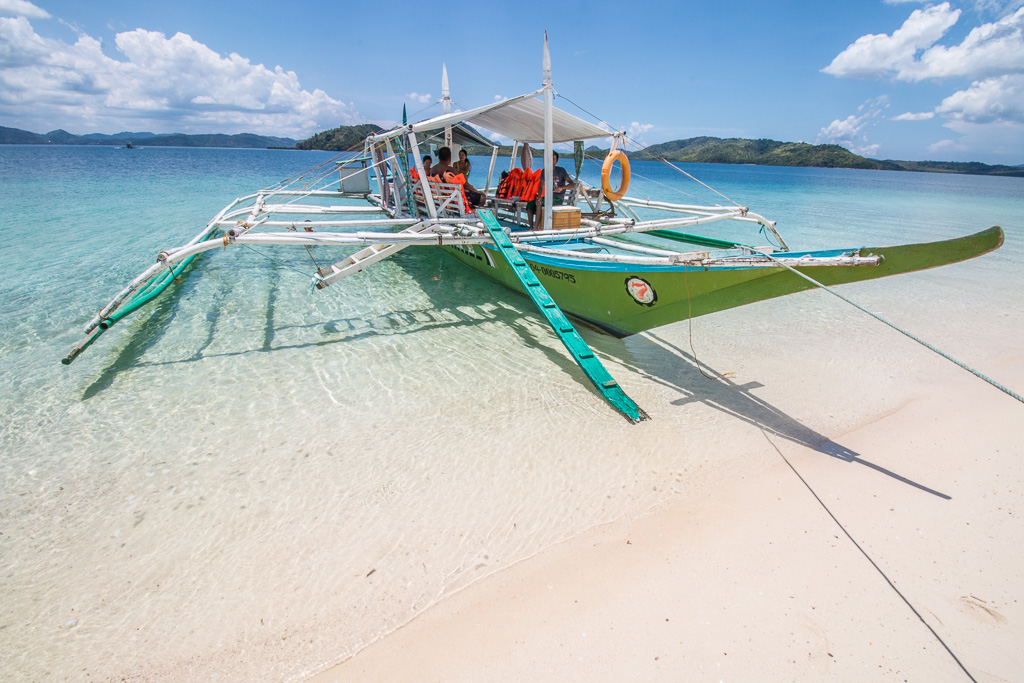 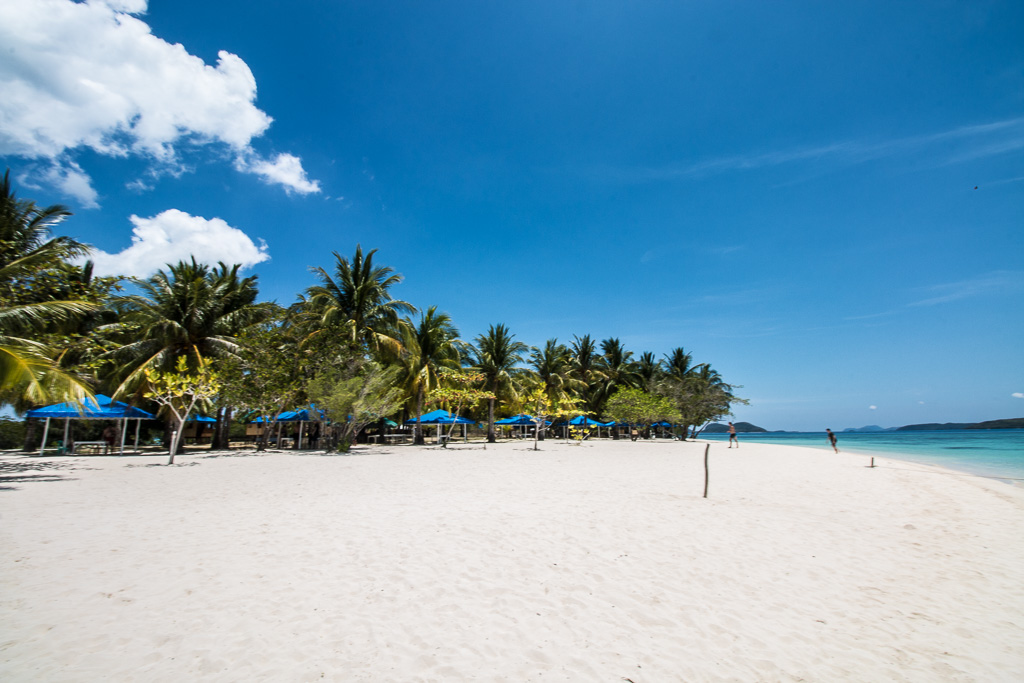 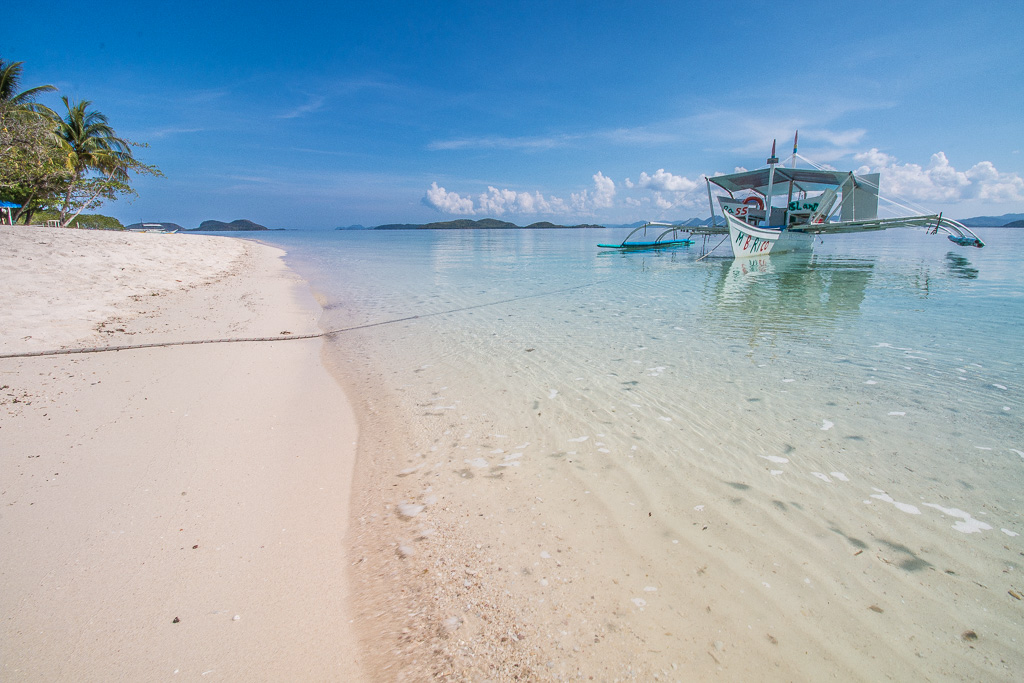 Then we headed further out to Black Island, one of the last islands in the Coron chain. Here we found huge black limestone cliffs, a shipwreck and mounds and mounds of soft sand to lay back on. 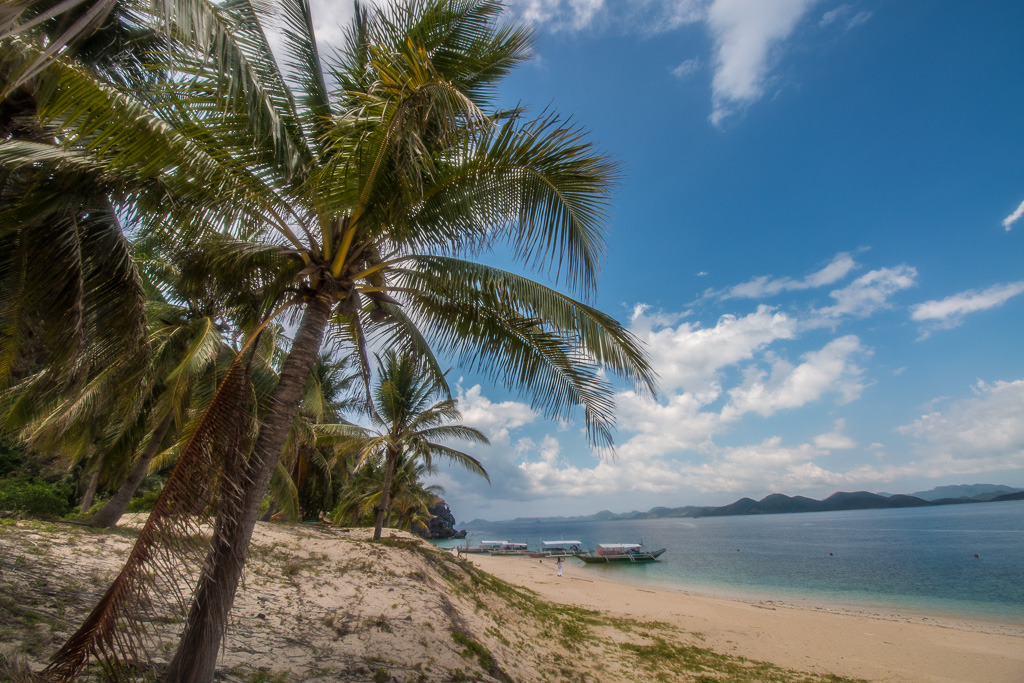 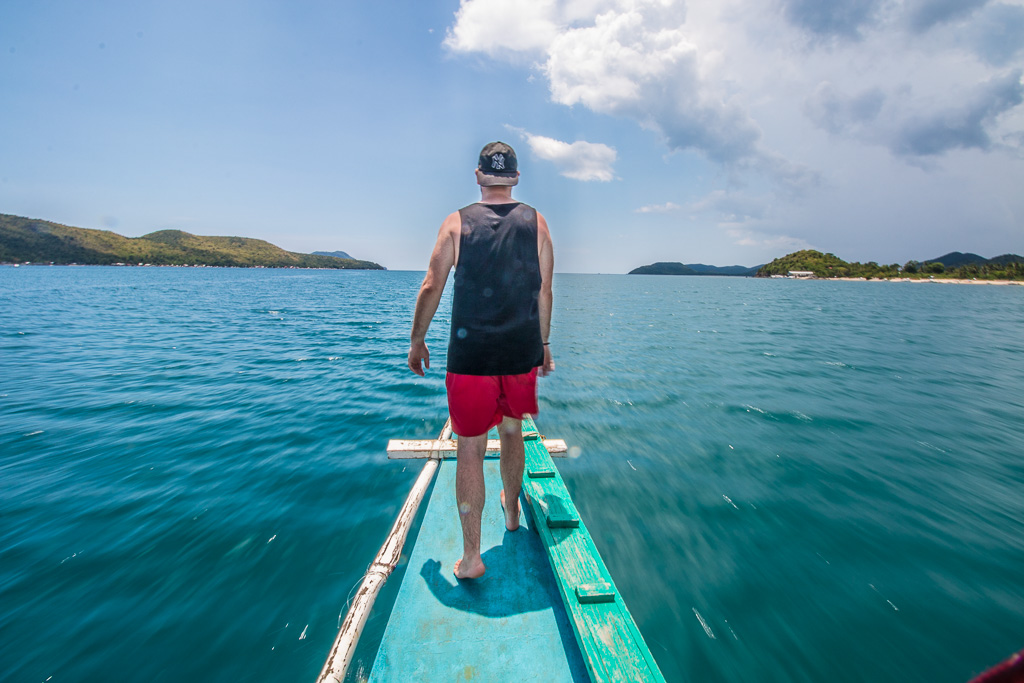 Our base for the week’s events was the Funny Lion Hotel, one of the best hotels in Coron.

They made us feel at home and went out of their way to help us throughout the event.

We held workshops on their rooftop deck, with incredible sunset views out over the bay from the luxury of their spa pools. They put on dinners and lunches and helped us to relax and work for the duration of the summit. 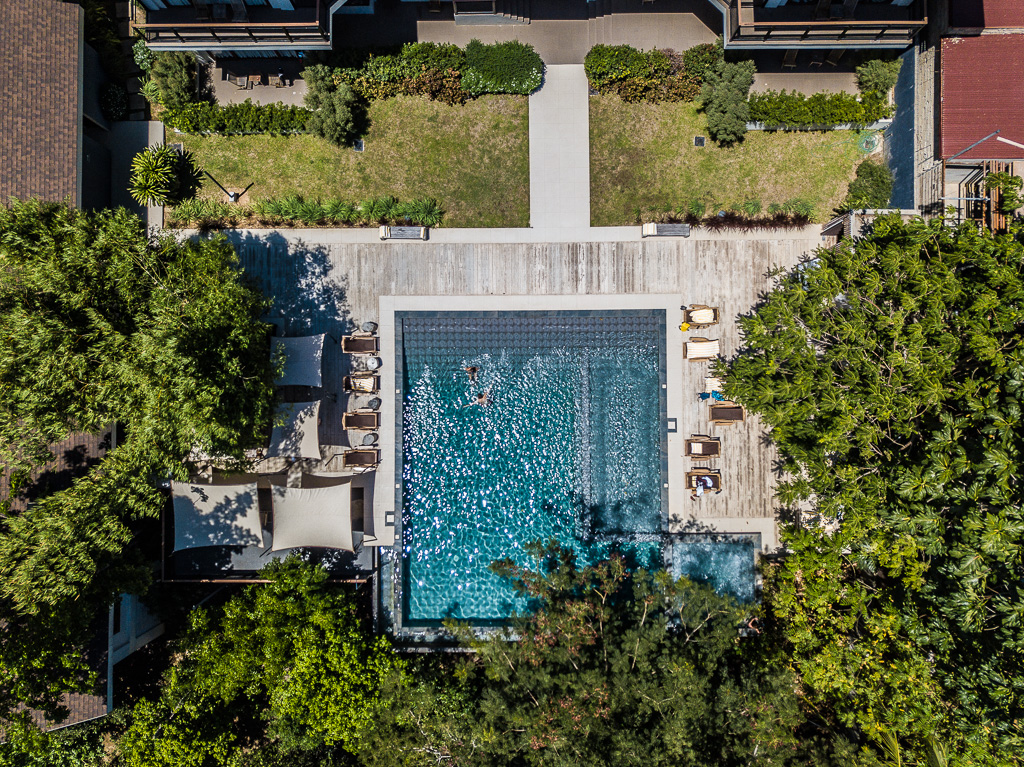 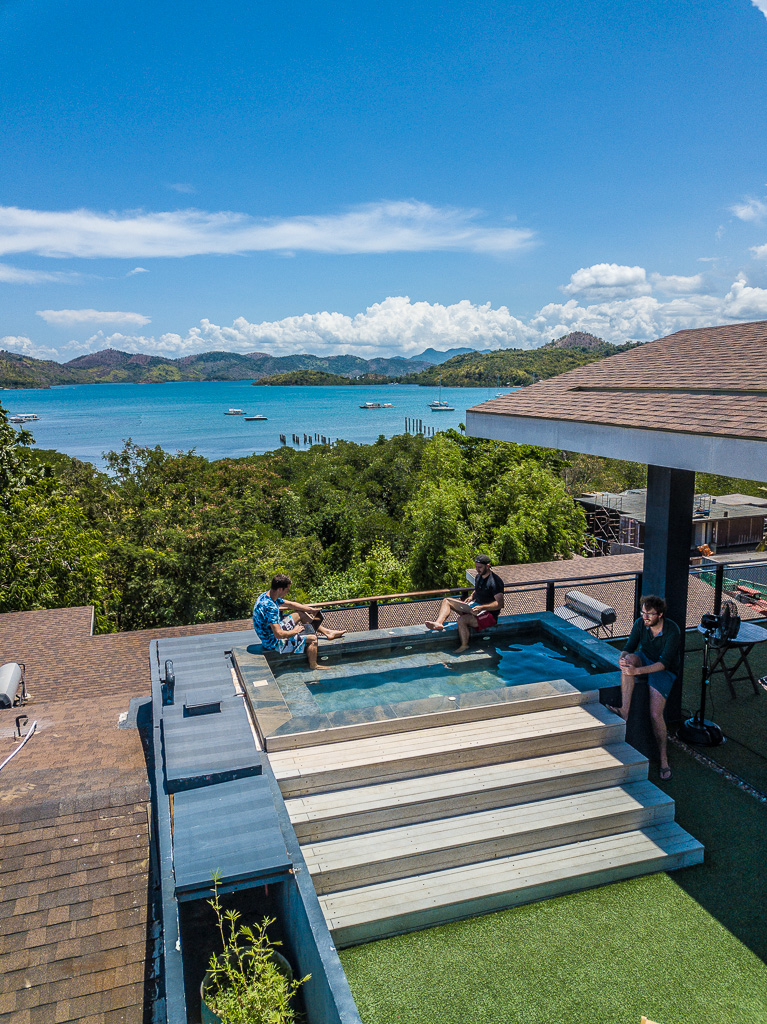 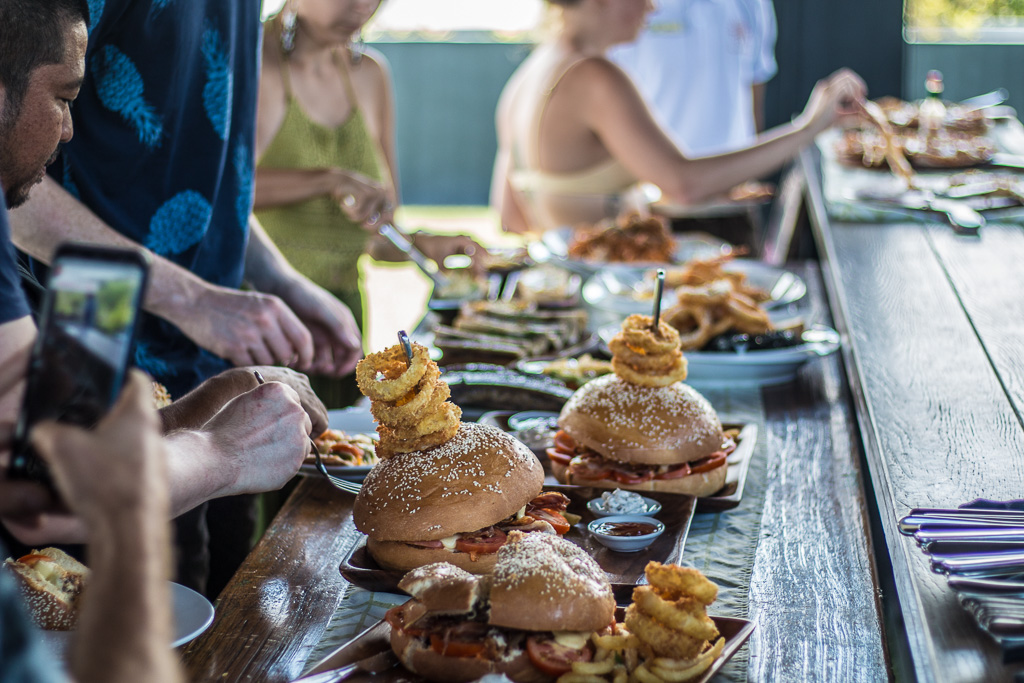 And of course, I can’t forget the workshops. That’s the whole reason we were really hosting the event of course.

When we weren’t off island hopping we were busy holding lessons and workshops on the rooftop of the Funny Lion.

We learnt everything from the basics up, with a focus not only on YouTube, Instagram and blogging but on growing an audience and then monetising to be able to live a life of continuous travel around the world.

Our guest speakers Anton and Jord gave in depth talks on their careers and how they got to where they are now, and they were on hand throughout the trip giving practical tips and helping to inspire everyone on the trip to take their passion further.

Being around motivated, like minded individuals was the real aim of the Travel Continuously Summit and the workshops and presentations aside the real inspiration for us all came through being immersed in a blogging culture and creating content with everyone for the whole week.

There are plans for reunions already and we are hosting a second summit later in the year too. Everyone involved is capable of taking their dream to the practical stage of making it a real living, and will all be there to help and support each other along the way.

I wish everyone the best of luck, but I know they don’t really need it. They’ve got this now!

The week flew past way to quickly, and soon enough I found myself saying goodbye over a few Red Horse beers in Coron and then catching a flight to Cagayan de Oro, in Northern Mindanao.

I’ve got two weeks left here in the Philippines and I wanted to get off the beaten track and to visit a few places I know that not many tourists go to.

The only place on my mind was Mindanao. The second largest island in the Philippines, it’s got a dangerous reputation and plenty of government travel warnings but I knew it couldn’t be all bad.

I’ll be exploring Cagayan de Oro, Iligan City and then hopping over to Camiguin Island to relax on a few more white sand beaches.

Keep tuned for more on Mindanao and for more content from the Travel Continuously Summit!