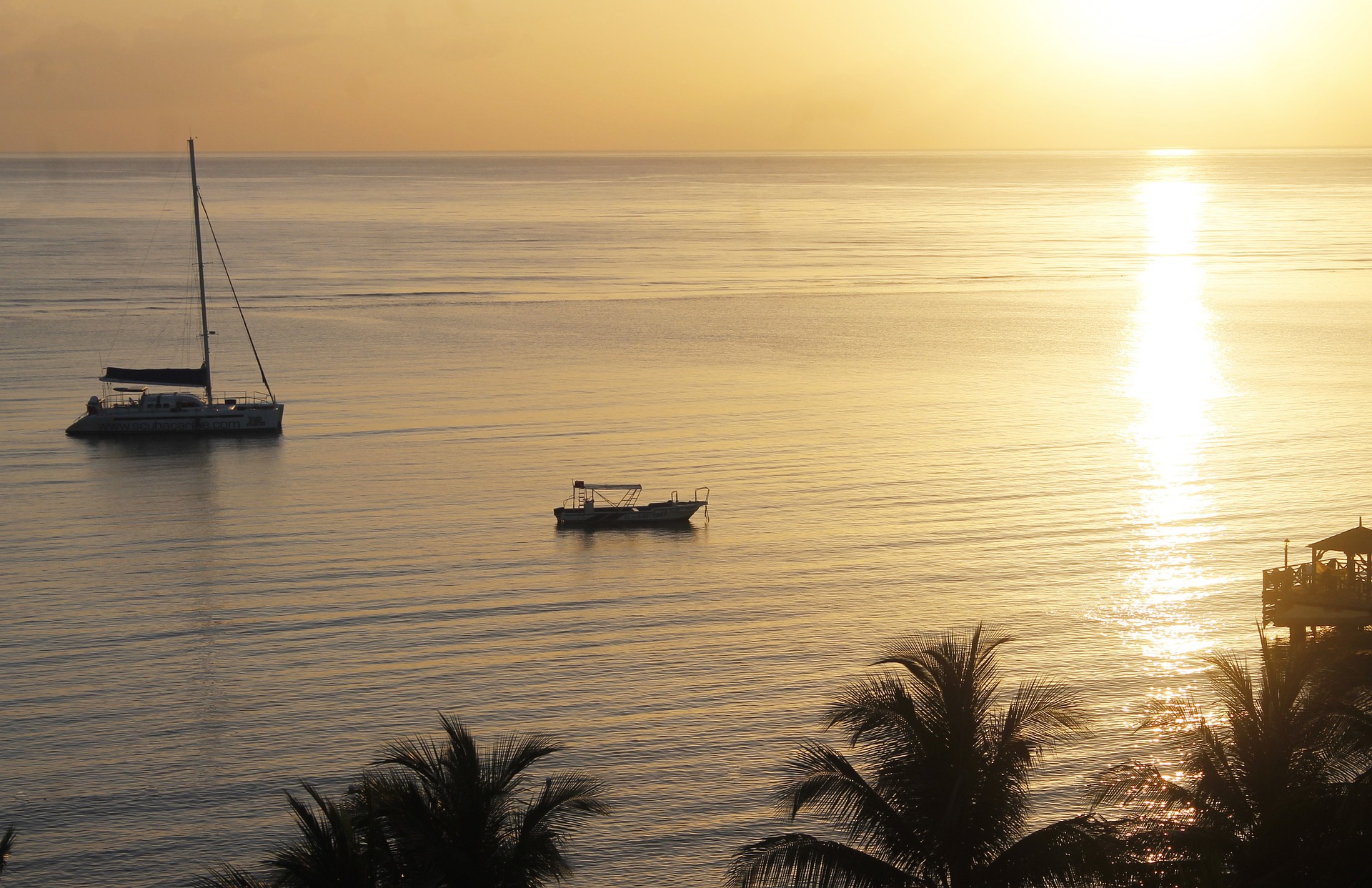 Jamaica is known for its resorts and beaches and being located in the western Carribean, it’s long been a popular cruise ship destination and all-inclusive holiday island. But, there’s much more to Jamaica than just sitting around in the sun drinking cocktails – although that’s always a hell of a lot of fun to do anyway!

There are a lot of off the beaten track travel destinations in Jamaica, and there are a lot more unusual tourist attractions to visit too. Here are just a few of the best, quirky and most unusual attractions on the island!

Luminous lagoons are a rare thing to find, but in the Carribean, there is an unusual abundance of these vibrant, and otherworldly natural attractions. Luminous lagoons are caused by natural bio-luminescence in the ocean, and in the waters around Jamaica, you can find one of the most colourful lagoons in the world.

Bio-luminescence is a fascinating natural sight, and it’s formed by microscopic organisms that live in the water and that emit glowing light that can be seen starkly at night time. Jamaica’s luminous lagoon is found close to Montego Bay, and in fact, it’s really the only night time attraction in Jamaica, aside from getting drunk in the bars of course!

Tours run as soon as the sun sets, usually from 6 pm until 9 pm. You take a boat across the lagoon and you’re able to jump in and swim in this ethereal underwater world. Bring your underwater camera to really capture the essence of bio-luminescence. Jamaica’s luminous lagoon truly is one of Jamaica’s more unusual attractions, and there are few other places like it in the world!

Jamaica’s unusual tourist attractions tend to revolve around water  – this is an island nation, after all, I suppose! – and another strange and slightly bizarre place to visit is the Windsor Mineral Spring.

This natural spring is found in St Ann on the north side of the island, but it’s not a particularly touristy area to visit. If you’re staying in a villa in Jamaica and you want the most unique experience possible, this is a fantastic place to go. It can be difficult to find on your own, so you may want to enlist the help of a local to actually find the location. The Windsor Mineral Spring is also commonly known simply as ‘Fire Water’ because the mineral water can quite literally be set on fire.

Associated with rituals and traditions on the island, the spring has supposed healing qualities, and you can enjoy a truly unique local experience at the Windsor Mineral Spring.

If you’re a history lover and a fiend for abandoned places like I am, then you’ll want to head to Port Royal, which is one of the oldest settlements in the Caribbean. Port Royal is located by Kingston, and although today it’s just a small village reaching out into the ocean at the end of a ragged peninsula, it was once the largest city in the Carribean.

Originally founded by the Spanish in the early 16th century, Port Royal was then captured by the English, and it soon became synonymous with piracy. Buccaneers and privateers would use Port Royal as a base and a supply stop as they pillaged the Spanish galleons transporting gold from the American colonies back to Europe.

It became incredibly wealthy, and it would go down in the history books to become an iconic, if not legendary pirate port in the Carribean. In 1692 though, a devastating earthquake would sink much of the city into the ocean, and further earthquakes over the next decades would see the vast majority of Port Royal utterly lost.

Today, you can still see the remains of historic structures, including parts of the fortresses and defensives, that survived the natural calamities, and it’s one of the most historically intriguing places to visit in Jamaica.

Jamaica, like anywhere in the Carribean, has more than it’s fair share of bars, taverns and pubs, and it’s not difficult to find a beer or cocktail, wherever you are on the island. One of the more unusual places to visit for a drink is Floyd’s Pelican Bar.

This quirky drinking establishment isn’t found on land though, and you’ll need to take a boat across the water to get here. Floyd’s Pelican Bar is found off the south-west coast, in Parrotte Bay, on a shallow sandbar that’s just under a mile from the mainland.

The bar is made entirely of driftwood and salvaged materials, and it’s incredibly rustic looking, and garishly decorated inside with souvenirs from all around the world.

Take a boat to Jamaica’s most curious drinking hole, and you can sit in the sun, lie on the sandbar or wade through the shallow water while you enjoy a can of Red Stripe or a rum cocktail.

Jamaica’s Blue Hole is fast becoming a popular tourist attraction, so jump in quick before it starts to get too crowded!

And by jump in, I mean literally, because this beautiful swimming hole is the perfect place for a refreshing dip.

Hidden in the hills and jungles of Ochos Rios, the Blue Hole is so named for the fluorescent, turquoise water that flows into this natural swimming hole.

A waterfall crashes down into the lagoon, and you can hurl yourself at rope swings and jump from rocks if you’re feeling adventurous!

Jamaica is an island that’s packed with unusual sights to explore, and there’s much more to find than you’ve read on this shortlist. Even if you’re staying at a beach resort or holidaying, you can easily get off the beaten track and away from the tourist crowds, and you can easily find more than a few unusual Jamaican tourist attractions to visit while you’re on the island.

Discover the Unusual Side of California at These Obscure Attractions

The Best Masbate Tourist Spots – And How And Why To Travel There!