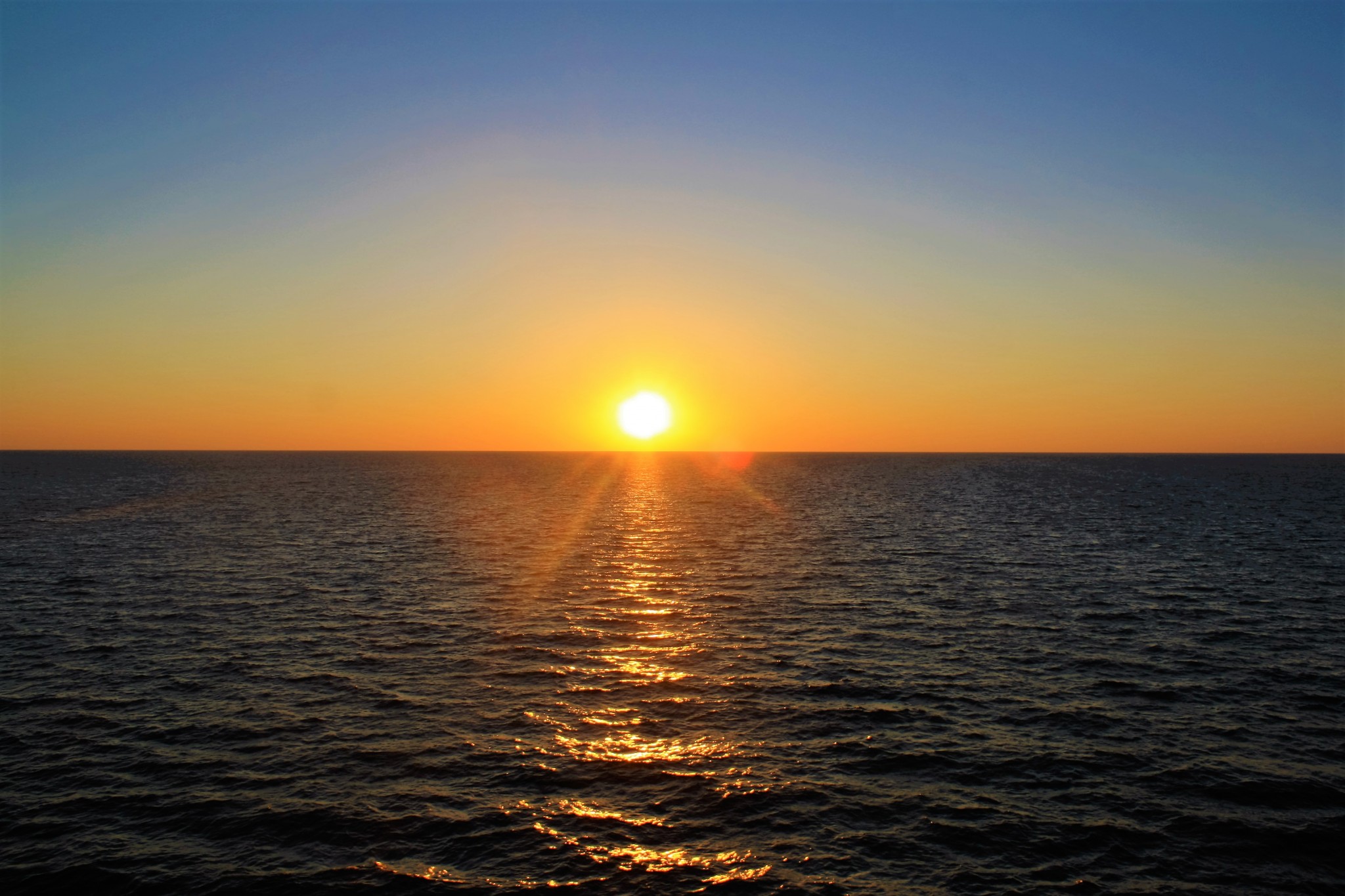 Here’s my most excellent travel round up for June!

The adventure is really kicking off now. I know, I keep saying that each month, but I’m getting further from home the further East I travel. Literally further and figuratively further. And I just crossed the Caspian Sea on a cargo ship.

June saw me finally leave Tbilisi, and eventually Georgia. Not before I got drunk in the beautiful wine lands on the way to Azerbaijan. Seriously, Georgian wine is the best in the world. If anyone wants to start some sort of import export business with we could be millionaires! The Georgian’s have refined the process of wine making and drinking to a glorious art form. They excel at it. And the shame is that no one outside of the Caucus’ knows it’s infallible fact that it’s the greatest wine in THE known Universe. And in every possible multiple and parallel Universe too. 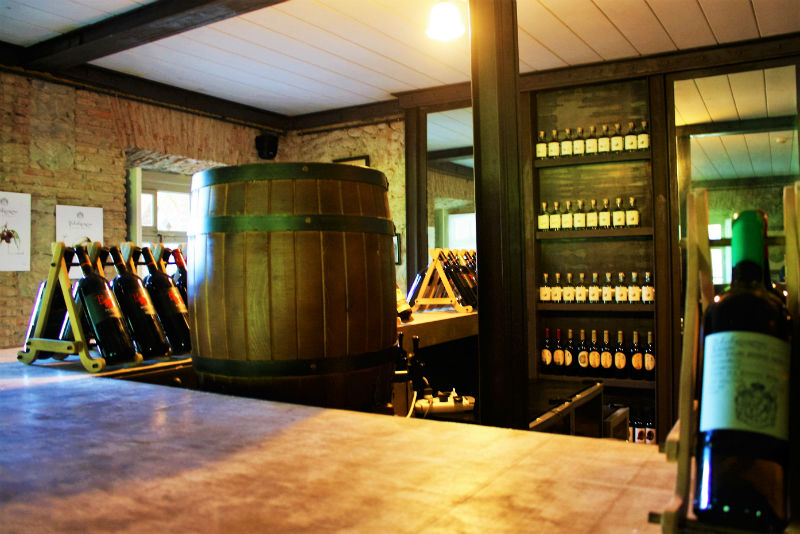 But I digress…maybe it’s the wine starting to talk again.

After begrudgingly abandoning the wine lands, knowing that too long there would end in nothing but death- but probably glory too of course- I escaped to the edge of Georgia. The last frontier. Still I could not leave. I found the incredible woodlands and waterfalls of the Lagodekhi National Park too verdant to simply skip by. It would have been a travesty not to hike here! 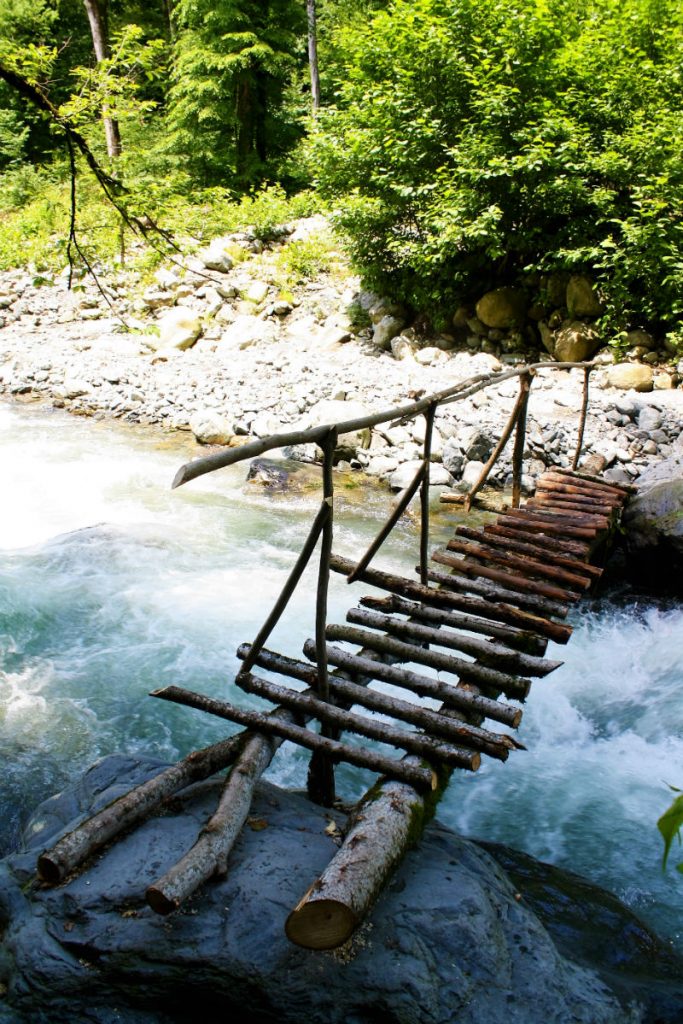 I did eventually make it out of Georgia, across the border and into Azerbaijan. My final country in the Caucus Region!

My first stop was the mountainous city of Sheki, where I bedded down in an historic Caravansary that’s been hosting travellers along the Silk Road for centuries. 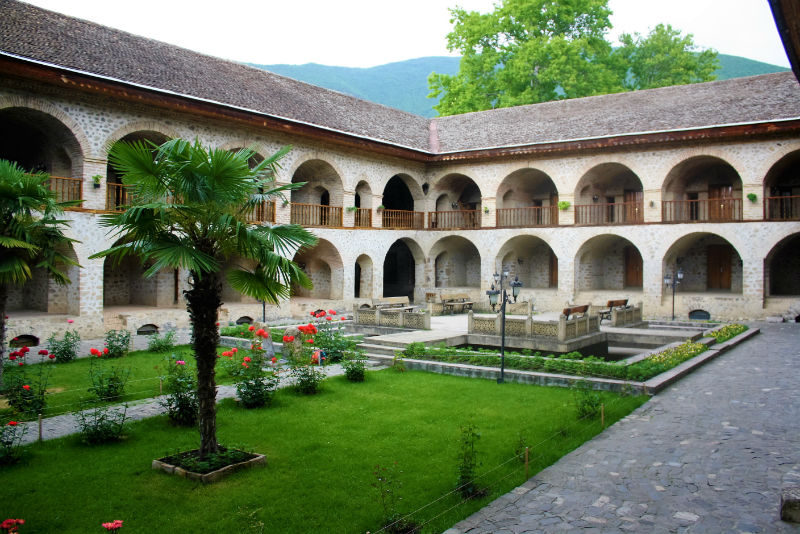 The Old Caravansary in Sheki!

I even met the fabled, mysterious and downright weird ‘Wolf Man’ of Sheki, a reason in itself to visit this little known Azerbaijani habitation. This old man unveils his stuffed wolf to unsuspecting travellers. He’s even installed some light bulbs where the eyes used to be and hooked up a battery pack to light them up. Weird isn’t really a strong enough adjective for the Wolf Man of Sheki. 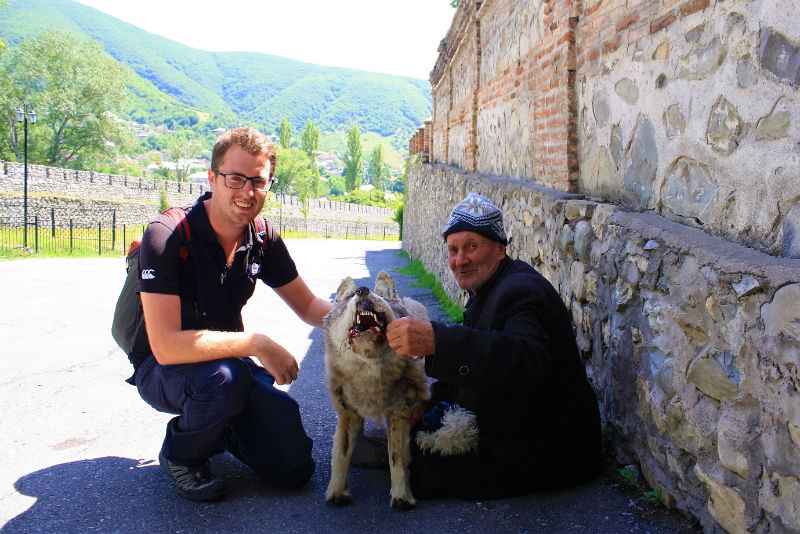 The Wolf Man Of Sheki!

I hit the mountains again, as I ventured deeper into the land of fire. This time to meet the old copper workers of Lahic. These chaps have been hammering out all sorts of metal objects for years. 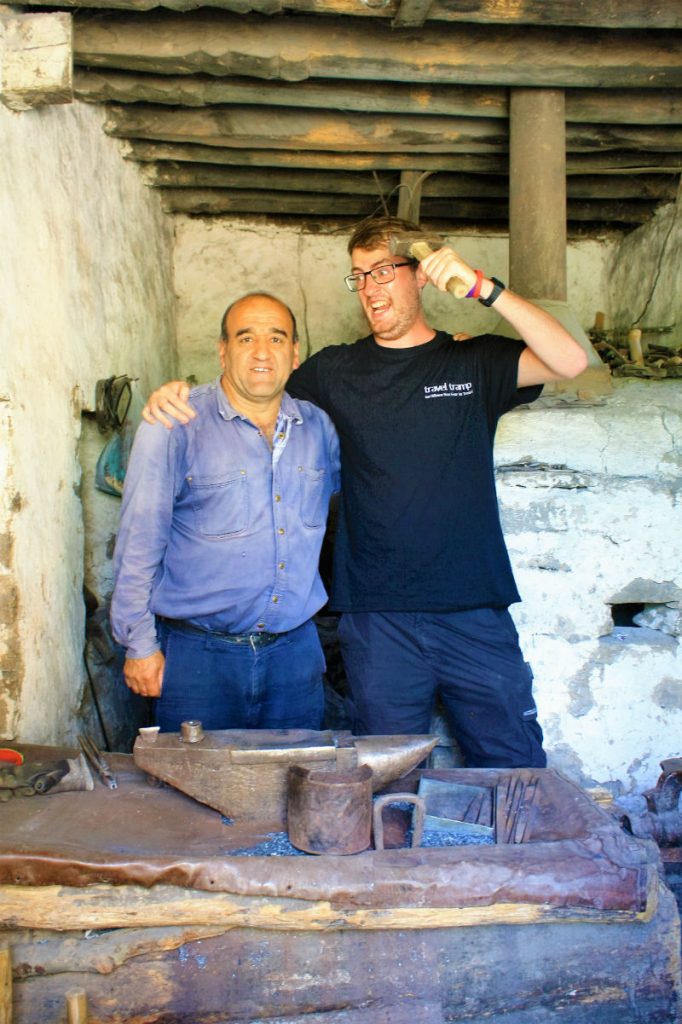 The road up to them was mostly controlled by hordes of sheep and the occasional cow. The animals have right of way here. 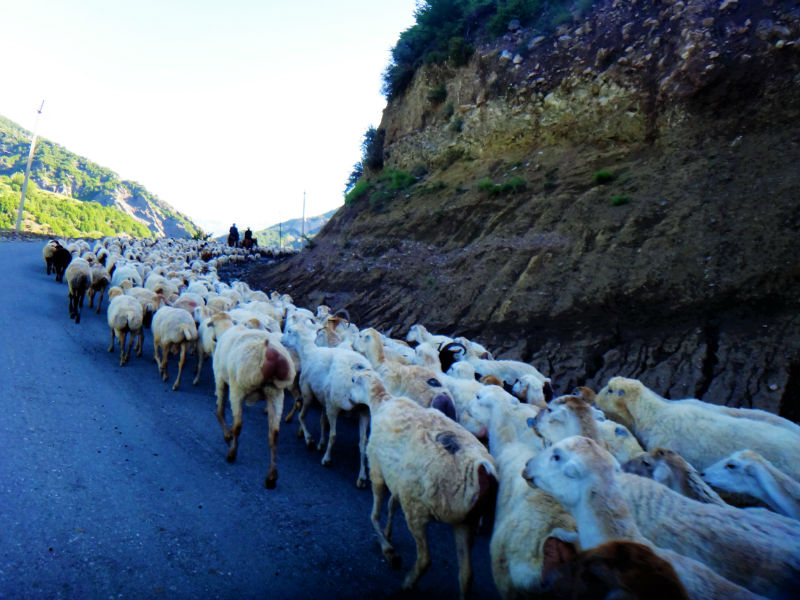 The Road To Lahic!

In the nations’ capital, Azerbaijan’s mad stack of oil money was being recklessly thrown around to host the first Formula 1 event in Baku. The European Grand Prix. Because, you know, Azerbaijan shares a land border with Iran, and therefore qualifies to be in Europe. They did win Eurovision once too I guess. That’s as European as it gets. 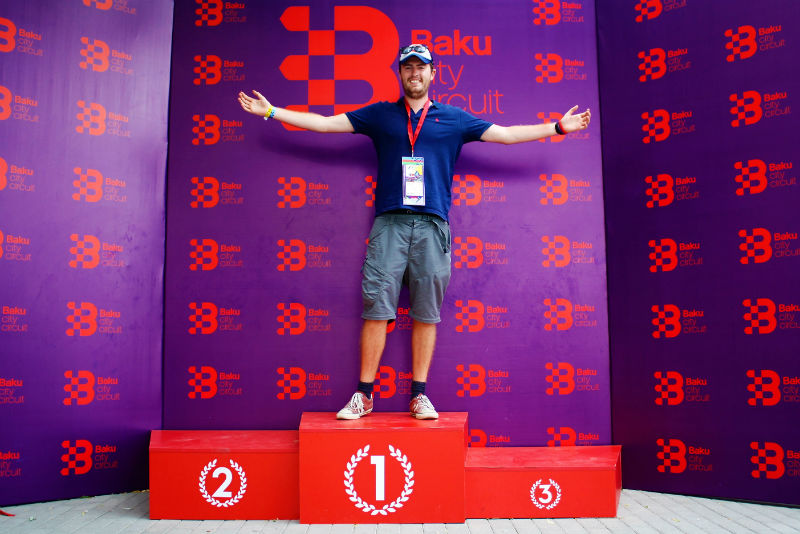 Not one local that I talked to even followed the Formula 1. Maybe I was hanging out with the wrong crowd. Regardless, Azerbaijani television was most definitely interested in what I thought about. I definitely knew nothing  though, but regardless, I was still interviewed for the nation’s number 1 news channel about this prestigious sporting event. I did successfully complement the country’s ability to produce good kebab. After that I went and bought a ticket, to really immerse myself in Azerbaijani culture and to try and learn more for any future interviews. 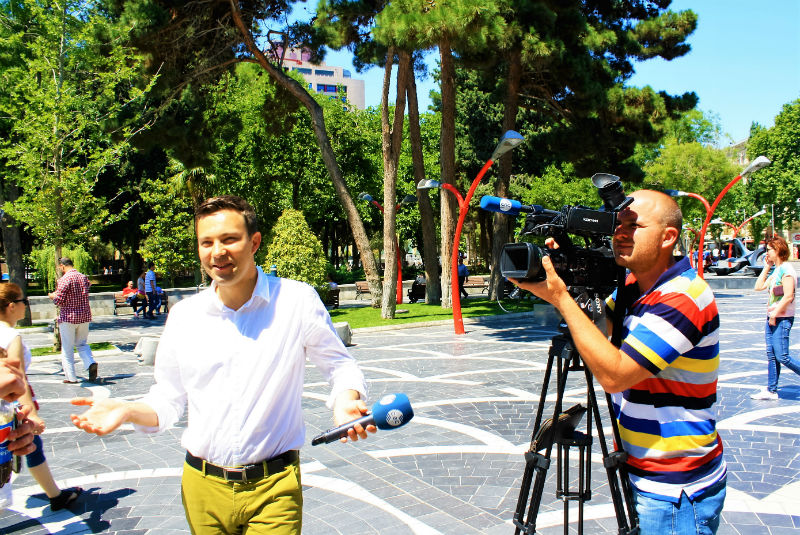 Someone definitely won the race, and the beer and kebab tent won most of my money.

I scored a few visas for my upcoming Central Asia odyssey while the racing was on too. Then it was time to find a boat across the Caspian Sea. 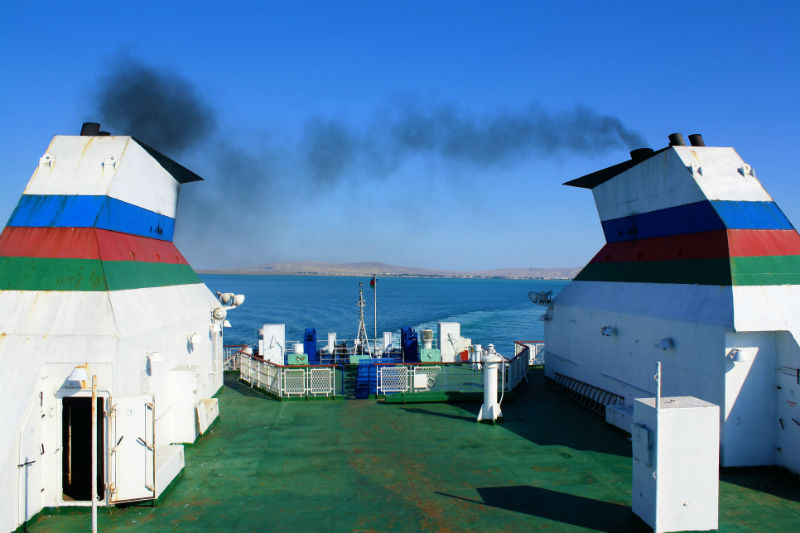 On the Caspian Sea Ferry!

I scored a ticket on Azerbaijan’s most luxurious cargo ship, across the world’s largest body of inland water, to the oil city of Aktau in Kazakhstan. This was a real adventure. Accompanied by the dank musty smell of long distance truck drivers and alcoholic boat captains, I crossed the sea in style, even having the joy of a cabin- and 3 room mates- and the sumptuous luck to be on the same ship as Azerbaijan’s only Michelin starred boat cook. Gourmet meals included, but were not limited to, Spaghetti-Ketchup-Chicken, bread, more bread and the tantalising Fried Fish- Smash Potato. A real favourite with the truckers. 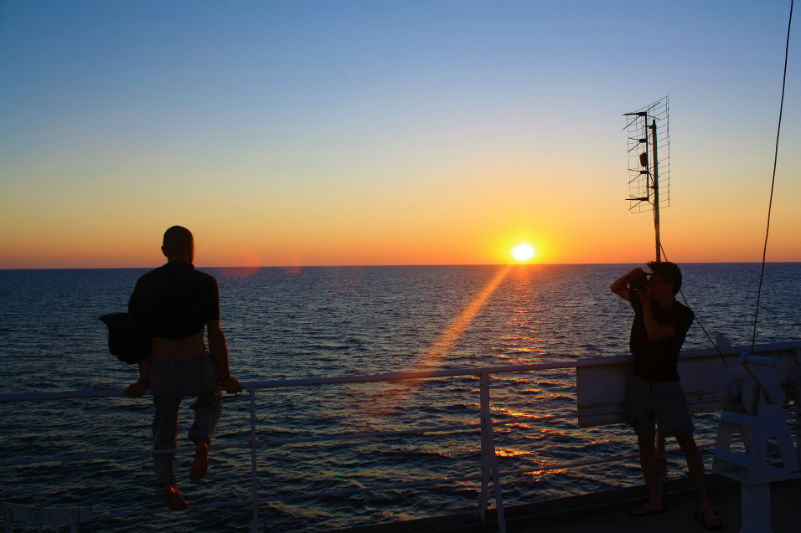 Sunset on the Caspian!

30 hours and one simply staggeringly salacious sunrise later and I’m sat in Aktau, putting this together on the beach! I never thought Kazakhstan would prove to be a beach holiday destination for me on the trip, but the beer is cheap, there’s not that much broken glass in the sand and there’s only a bit of oil run off from the rigs. Perfect for a swim! 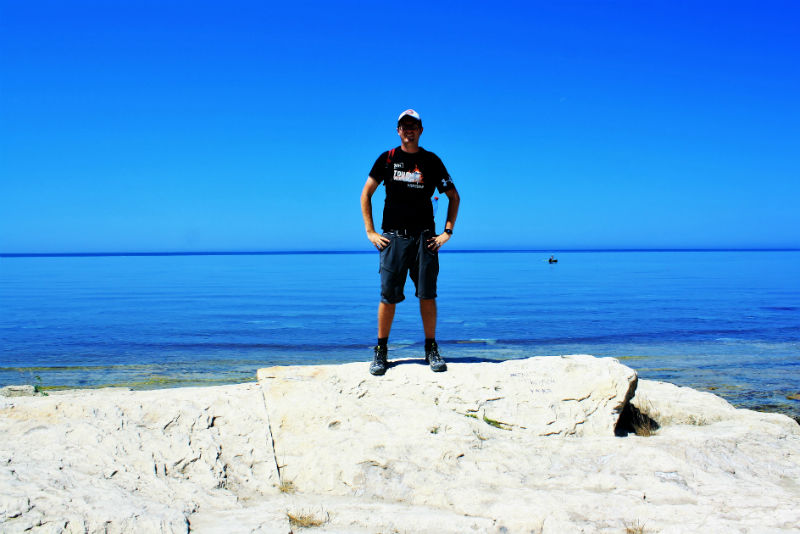 I interviewed the Roaming Renegades last month, two awesome people taking on the world on an epic overland adventure to New Zealand, and it’s the most read on the blog! Read more about their awe inspiring trip HERE!

Way back when, one of the first articles I published was from my little jaunt to the Sulphur Baths of Myvaatn in the North of Iceland. The Blue Lagoon in Reykjavik was WAY too busy, so I went a bit further afield. Now, it seemw that people are catching on to this great little place and visiting somewhere a little bit different, as this has been one of the most popular articles this month! Read it HERE!

Writing wise, there’s a lot coming your way over the net month!

Keep tuned- sign up for the newsletter if you haven’t already!- for wild donkeys and giant heads as I bring you more from Northern Cyprus and Turkish Kurdistan, before I finally begin writing about my journey into uncharted territory in the Breakaway Republic of Abkhazia!

Physically though, I’m now a long way from where I’m still writing about. Did I mention that I crossed the Caspian Sea in a rust bucket? In July, after a few days chilling on the beaches of Aktau, I’ll be travelling to the arid, wild deserts of Uzbekistan, a place steeped in Silk Road history and Soviet disasters!