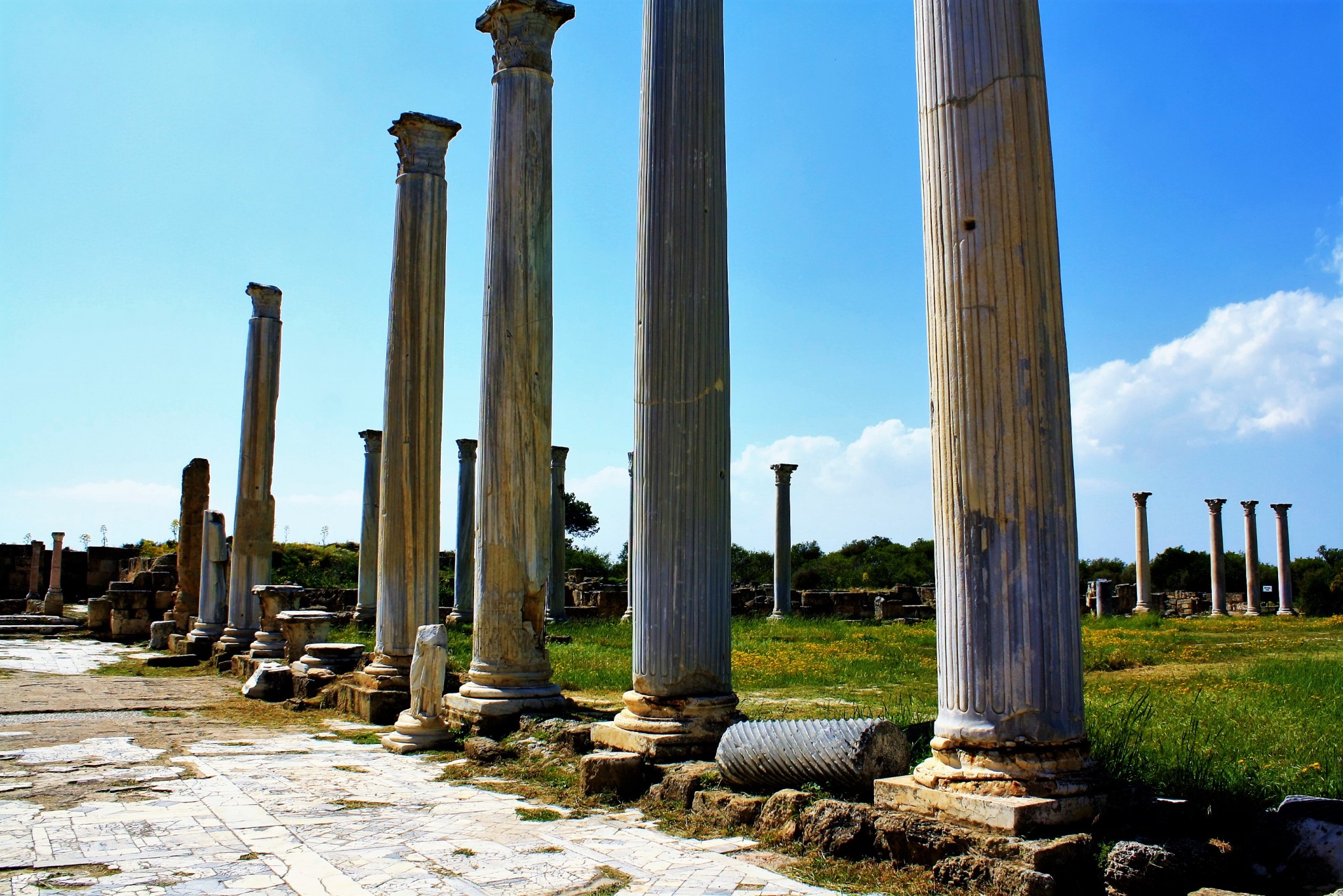 In Northern Cyprus, the ancient ruins of Salamis, once a thriving port city, have been unearthed on the island’s coastline. I went to explore.

The beach was golden and the seas were blue as I walked along Northern Cyprus’ Mediterranean coastline. The beach was almost deserted, aside from a few cyclists I’d met who were bathing in the afternoon sun. The remnants of the odd barbecue, and the occasional beer bottle were scattered here and there, but it was almost pristine. The beaches were just one of the reasons that I was enjoying the quieter side of Cyprus, the northern side.

Another reason I was hoping to find at the end of the beach. And I was hoping they would be just as quiet. I was looking for the ancient ruins of Salamis. 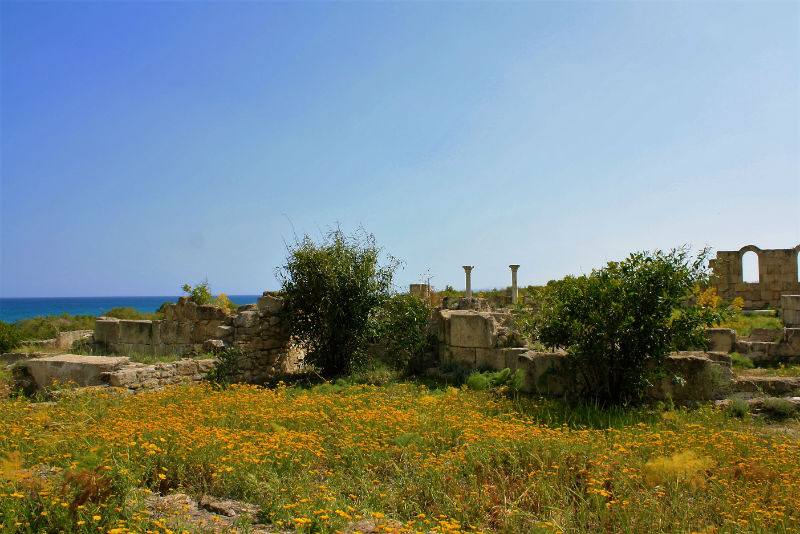 The ruins date back to antiquity. It’s one of the oldest settlements on Cyprus, and legend has it that the city was founded by Teucer, son of Telamon. Teucer was one of the best archers in the Greek army that besieged Troy in Homer’s Iliad, but after the death of his brother Ajax, his father banished him, never allowing him to return home. So he founded the city of Salamis. 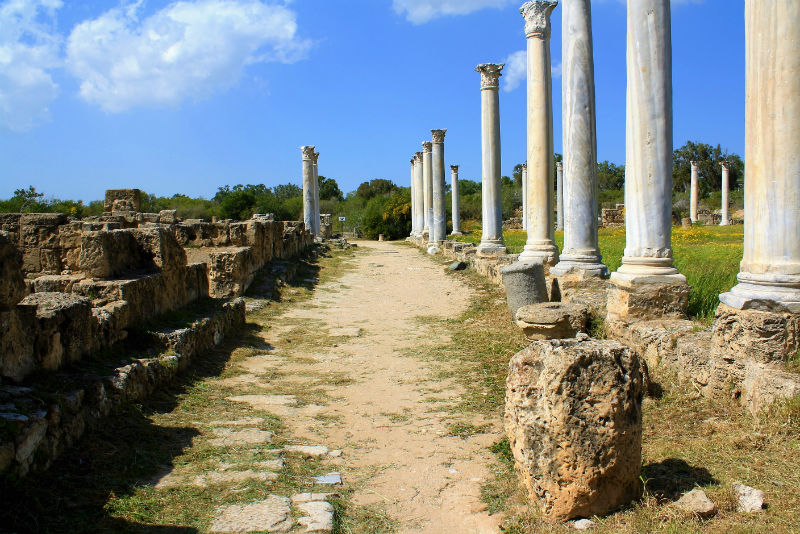 Mythological legends aside, the city has archaeologically been dated back to the 11th Century BC, and in the following centuries it grew into the island’s powerhouse city and primary port. It was even the seat of the governor of the island during the Roman period. 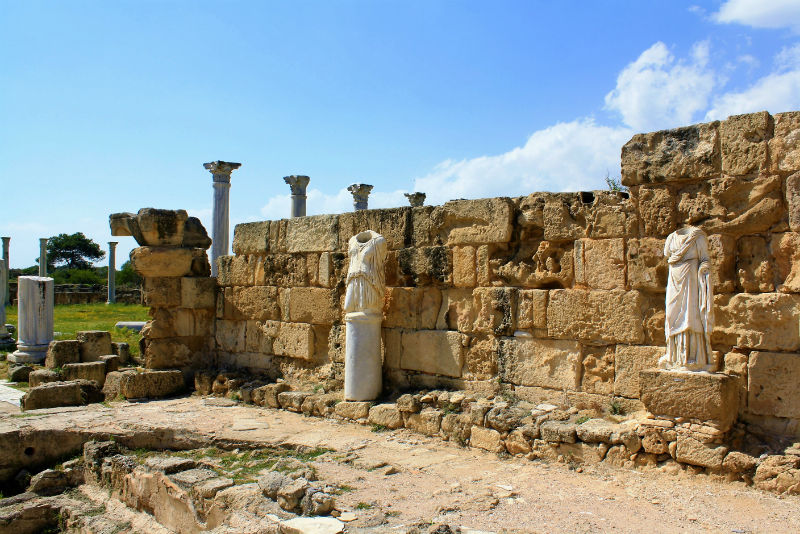 At the end of the beach I found what I was looking. I walked up the sand dunes that formed a raised embankment leading from the sea, and I was in the ancient ruins of Salamis. 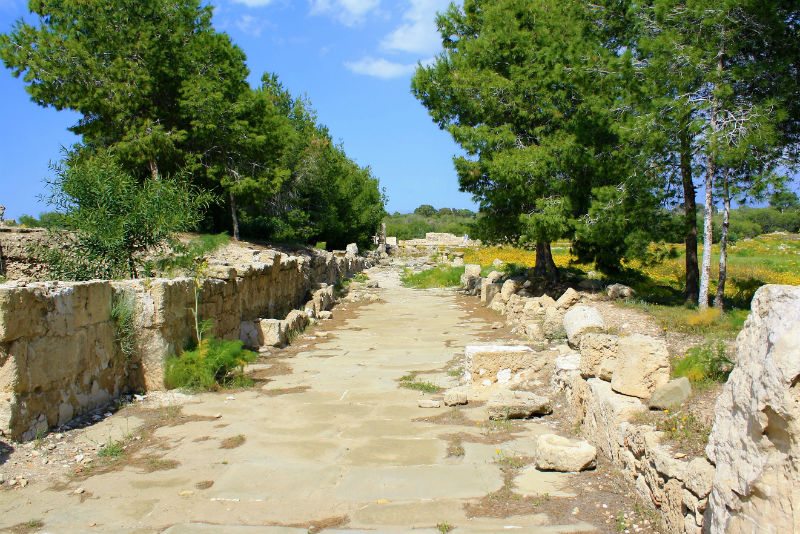 The city covered a large area, at least 1 square mile, and only a small part of that area has been excavated properly. This is partly due to the 1974 Turkish invasion which put archaeological work on hold- only in recent years has the work begun again. War does tend to make you prioritise. 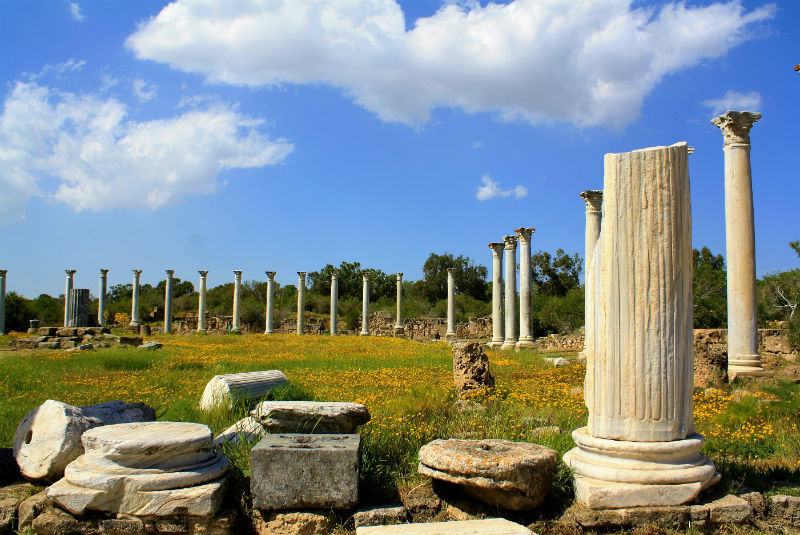 I walked into the ruins, and was confronted by huge marble pillars from the Roman era. The preservations had focused on these Roman elements. The gymnasium, public paths, the odd statue and most impressive of all, the theatre, which in its day could seat 15,000 people. 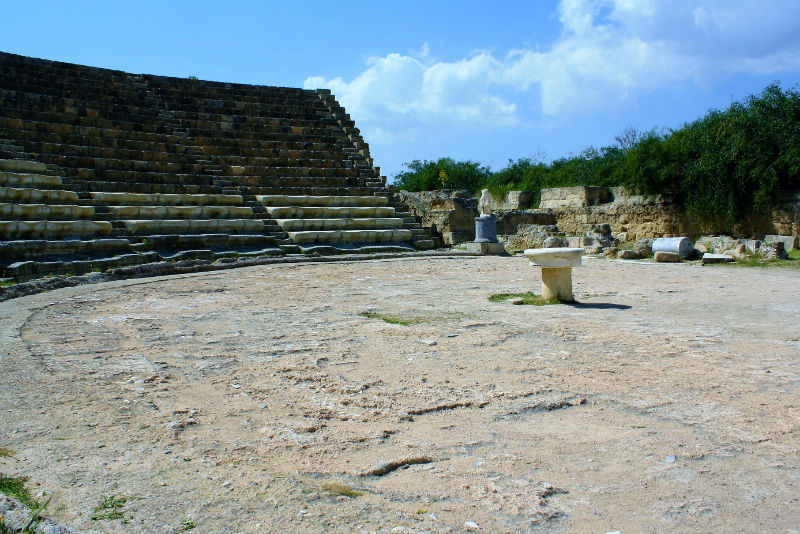 Salamis was hit by devastating earthquakes in the 4th Century AD, and although the Roman Emperor Constantius II tried to rebuild the city, it was doomed to decline from then on. 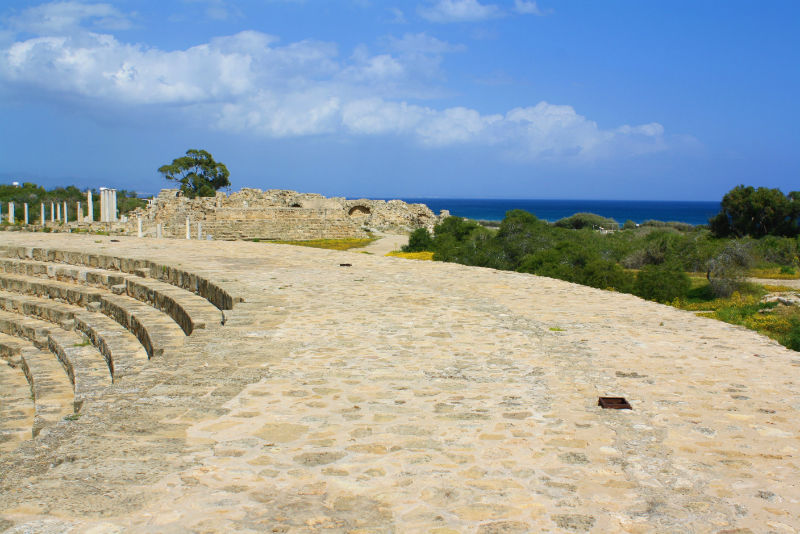 Salamis was slowly depopulated over the next centuries, and an Arab invasion in 674 AD completely destroyed anything that was left. The population fled to the nearby city of Famagusta, and Salamis fell into ruin. 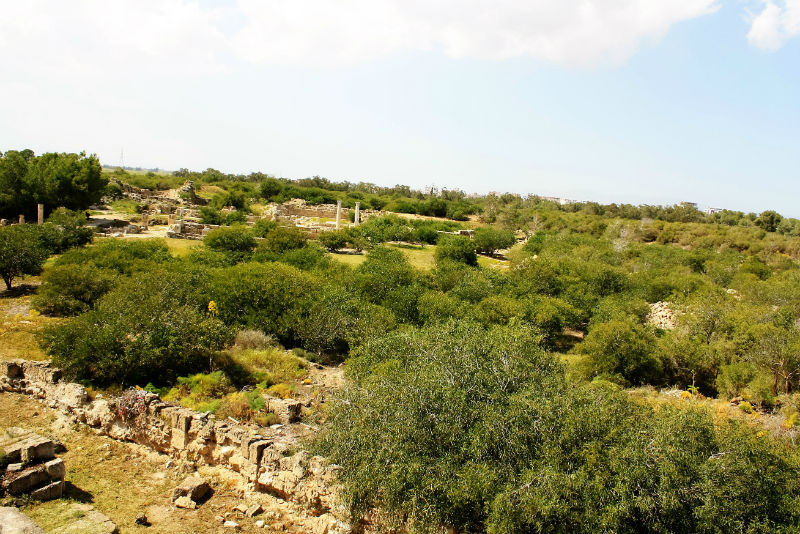 I could walk in quiet through the extensive city. Being in Northern Cyprus, the ancient ruins of Salamis don’t see that many visitors. It’s an impressive ancient city to explore, and in the politically charged argument between north and south in Cyprus, between Greek and Turk, it’s a reminder that nations, cities and especially empires never last forever, everything can change.

Where Are The Ancient Ruins Of Salamis in Northern Cyprus?

The ancient ruins of Salamis are located in Northern Cyprus, close to the city of Famagusta. It’s about a 20 minute drive from the city. See the map below for more details! Entrance is 9 TL, and the most restored elements are by the ticket office, although the ruins are so sprawling you could easily sneak in from anywhere on the beach or the road which runs adjacent to it.