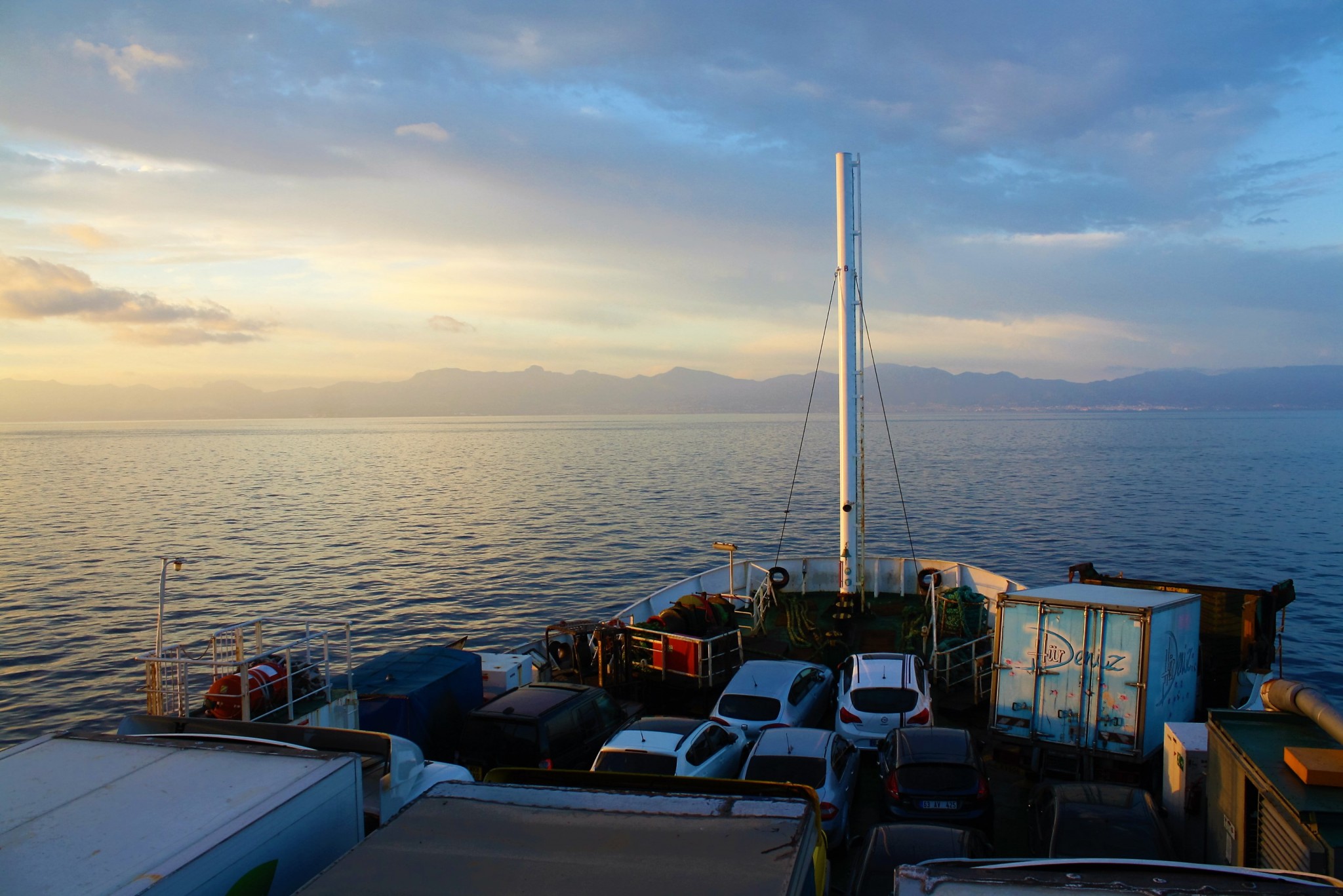 This Survival Guide will show you exactly how to travel on the ferry from Turkey to Northern Cyprus and back again!

What a journey the ferry from Turkey to Northern Cyprus is!

It’s slow travel at its best.

To take the ferry from Turkey to Northern Cyprus you need time, patience and a thirst for adventure. Or maybe just a fear of flying.

I travelled by ferry from Tasucu in Turkey to Girne (also known as Kyrenia) in the Turkish Republic of Northern Cyprus. It’s not the simplest method of transport, but it is a lot of fun, and a real way to travel. I’ve put this guide together to detail how I made the trip, and to make things easier for you!

The ferry routes are quite unpredictable.

The only solid, year round option is the route from Tasucu [pronounced Tash-U-Du] to Girne, and vice versa.

There are also ferries from Mersin in Turkey to Girne in Northern Cyprus, however these are not as regular and can get caught outside of Mersin port for days before a spot opens up for unloading.

The best option is to use the Tasucu port.

The port of Tasucu however, is not exactly near to anything. I took an overnight bus from Fethiye, a journey of about 10 hours. There was one direct option. The other option if heading from the south is to travel from Antalya to Tasucu.

You can check the available bus times at Obilet.com. This is an excellent search engine for Turkish bus routes.

The map below shows the route on the ferry line. There is potentially a service from Alanya to Girne as well, but this may only run in high season. Interestingly, and for the really intrepid traveller, you can also catch a ferry to Lebanon from Tasucu.

There are two companies that accept foot passengers on the journey from Tasucu to Girne, Akgunler Denizcilik and Filo Denizcilik.

Generally, both companies operate on alternate days, so there is usually one departure per day. However, this is dependent on weather! The ferries can be outright cancelled. This happened to me, and I had to wait 24 hours to catch one with the other company.

When they do leave, they depart at 23.59pm. Midnight. Arriving into Girne the following morning around 7am or 8am, maybe even 9am or 10am, depending on the crossing.

On the return journey from Girne to Tasucu, it is a similar situation. The ferries are scheduled to depart around midnight, and again generally leave on alternative days.

You can check the schedules online (click the links below and go through as if buying a ticket online to check), however this can be subject to change, as I found out the hard way. You just won’t know until you get there.

You can buy tickets online using the above links, however I would recommend buying in person from the ferry ticket offices in case one company cancels their ferry that day. Both have ticket sellers in Tasucu. They are a few doors down from each other on the street by the harbour [See Map Below] so it’s easy to check both companies before buying.

Both companies have the same rates. A one way ticket is 90 TL per person for a foot passenger including taxes.

You can buy a return ticket to save money, however there isn’t much of a saving. As you never know exactly which ferry will be leaving that day, I would recommend buying a one way each time, rather than having to wait around for your particular company to leave. If you do buy a return ticket, it will be open for a certain number of months, and you will still have to pay additional port taxes on the fare price when you use the return leg.

In Girne, there are ticket offices by the harbour. They are in the big building opposite the departures and arrivals terminal. Just walk across the car park.

I also found  an Akgunler Offfice in the town of Girne itself:

In Tasucu, where you actually depart and arrive depends on which company you are travelling with.

There are two harbours in Tasucu, just to complicate matters. In Turkish, harbour is Limani.

Filo ferries depart from and arrive at the small harbour in front of the ticket offices in the town. 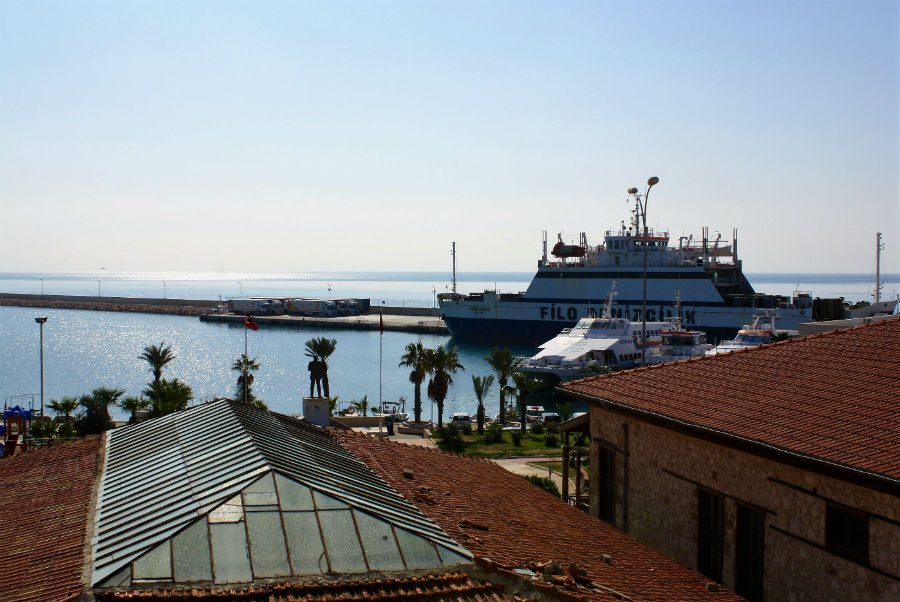 The Filo ferry in the small harbour in town.

Akgunler ferries depart from and arrive at the harbour just out of town. There is a free shuttle service to the ferry from the ticket office for departures, however there wasn’t one on the return leg from Girne! It’s otherwise a half hour walk to Tasucu town or a quick taxi ride.

You will most likely see your boat there in the morning at the appropriate harbour so don’t worry too much. 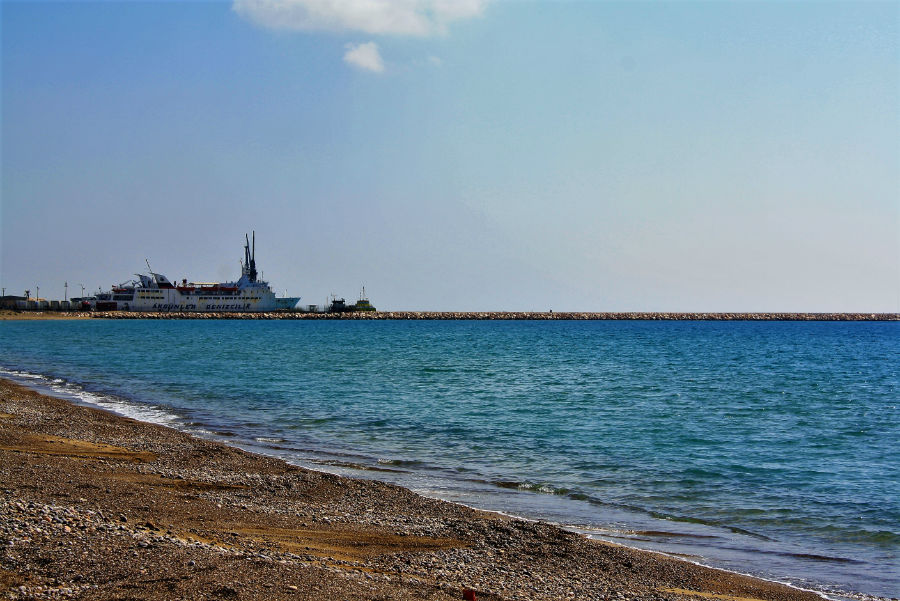 The Akgunler ferry in the larger harbour outside of town.

There are immigration points at both harbours, and you will be stamped in and out as you are leaving Turkey. It’s useful to have a copy of your visa if it’s electronic.

The ferries won’t leave on time. I can guarantee that, so don’t get there too early.

Both ferries arrive and depart at the large Girne harbour, which is outside of the town centre. It’s around 30 minutes of brisk walking, but easy to find, or there are taxis and a few minibuses heading there, although not regularly.

At the harbour, it’s a short walk to the terminal. Northern Cyprus immigration will stamp you in. Easy.

On the return leg, it’s the same situation. 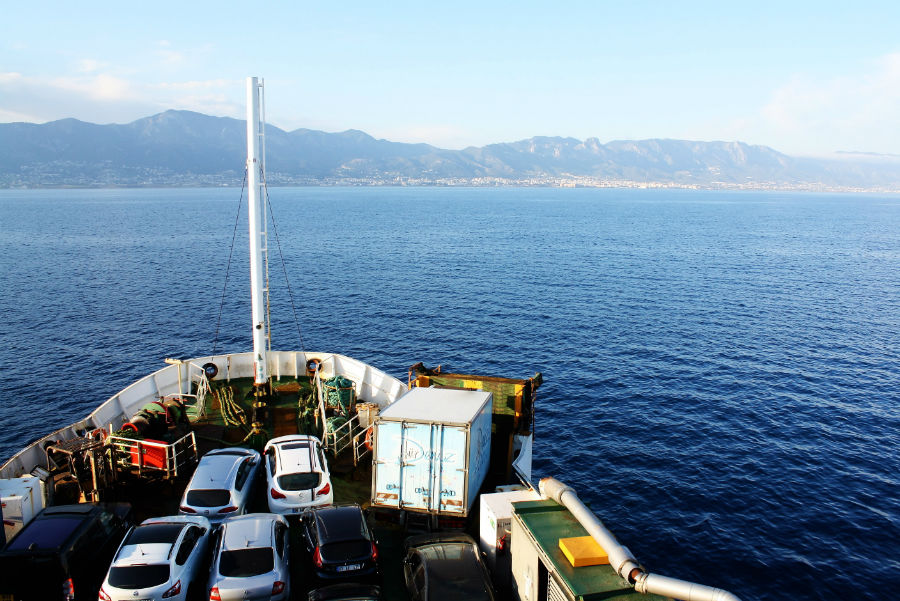 The ferry inches closer to Girne.

The quality of your journey depends on your boat…

The ferry won’t leave on time, and you can expect to arrive the following morning. It’s at least a 7 hour crossing.

Filo have the most passenger friendly so I would recommend travelling with these guys if you can. You get a seat. This will be your bed too. There’s a basic cafeteria and basic toilets. You can get food and chai, but bring beer and wine.

Akgunler ferries seem to vary. They are much bigger than Filo’s, and some do have proper passenger decks, although again just seats and basic facilities. The one I returned on from Girne however, was just a cargo ship with no catering facilities. There was a small, cramped room on one deck for passengers. There were a bunch of Kurdish guys in the same room sharing out whiskey and cheese and filling the room with cigarette smoke. I ended up pretty wasted because of those guys. It might not be for everyone, but it’s certainly an experience. Clearing immigration the following morning however was not so much fun.

From Girne you can travel onwards to the Greek side of Cyprus, however you must first take a minibus to Nicosia (known as Lefkosa in Turkish) and then walk across the borer crossing at Ledras Street in the divided capital. 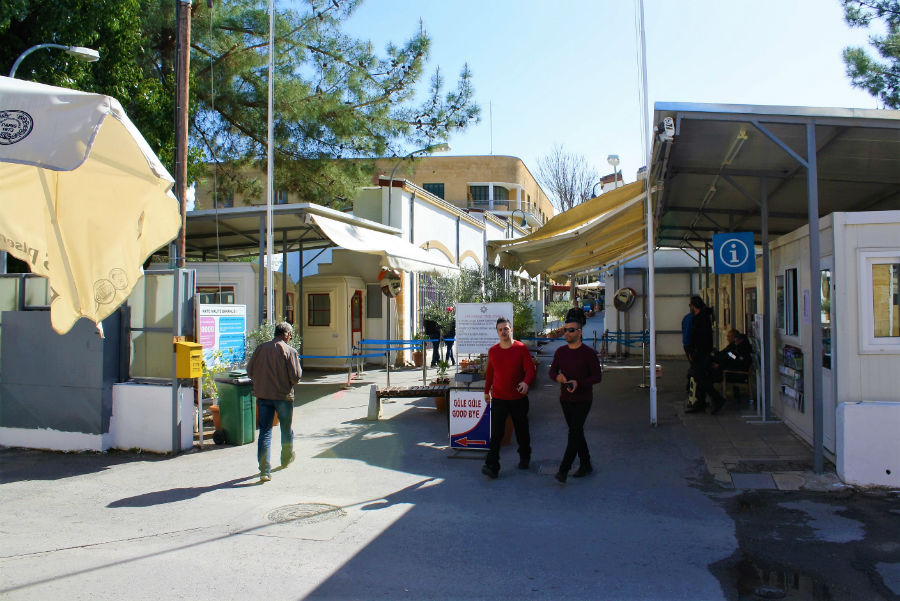 The crossing point on Ledras Street.

In Girne the minibus departure point isn’t really obvious. Different maps have it in different places, even Google Maps isn’t really correct. I’ve labelled the point below where they depart from:

And they arrive at this point in Lefkosa, from where you head straight down the road towards the city gates and to the border crossing:

I am an EU citizen and contrary to what you might hear online, it is absolutely no problem at the moment to travel between both states in Cyprus. Especially if you are just going on foot. I travelled back and forward several times during my stay. Different, none EU nationalities may have a more difficult experience though.

What to do if you get stuck in Tasucu…

There isn’t much going on in Tasucu but it is rather pleasant. You will probably have to spend some time here. There’s a few cheap restaurants by the harbour and a nice beach front to hang out at. 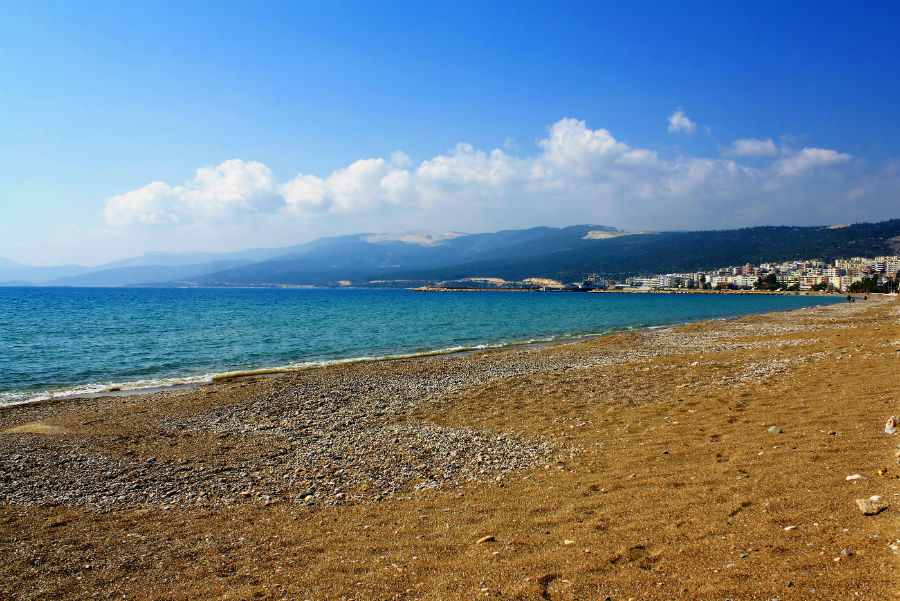 There’s not that many hotels, especially budget ones. I found the cheapest place was Hotel Fatih, which is on the street behind the Filo Shipping Office. A basic room with a balcony and sea views was 60 TL. They have no website so you just have to walk in.

What to do if you get stuck in Girne…

There’s plenty of bars and restaurants to hang out at in Girne and a nice harbour and castle to explore too.

If you need budget accommodation, you are again limited! There are a few dorms in the old town, near the castle. Walk through the maze of streets while trying not to get lost and ask a few places for their best price!

If you need any more advice (if this isn’t detailed enough!), then please email me directly and I’ll be happy to help!