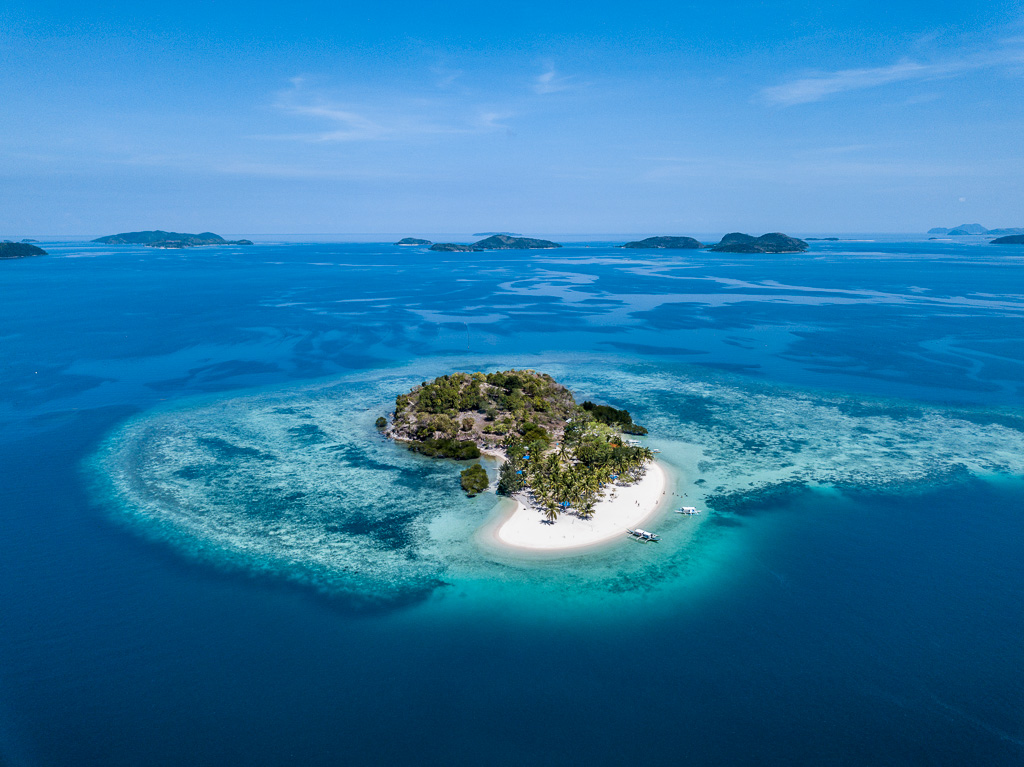 Pass Island Coron is one of the whitest, sandiest, tropical islands I’ve ever travelled to.

And in the early morning I had this entire paradise to myself and just a few other bloggers. 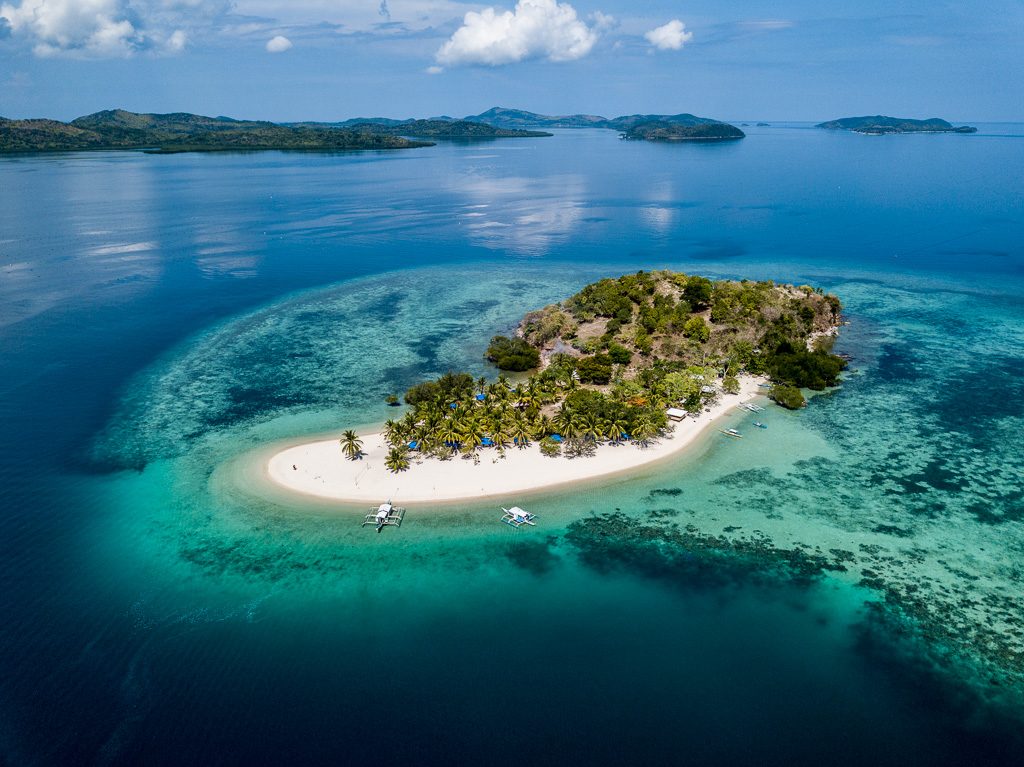 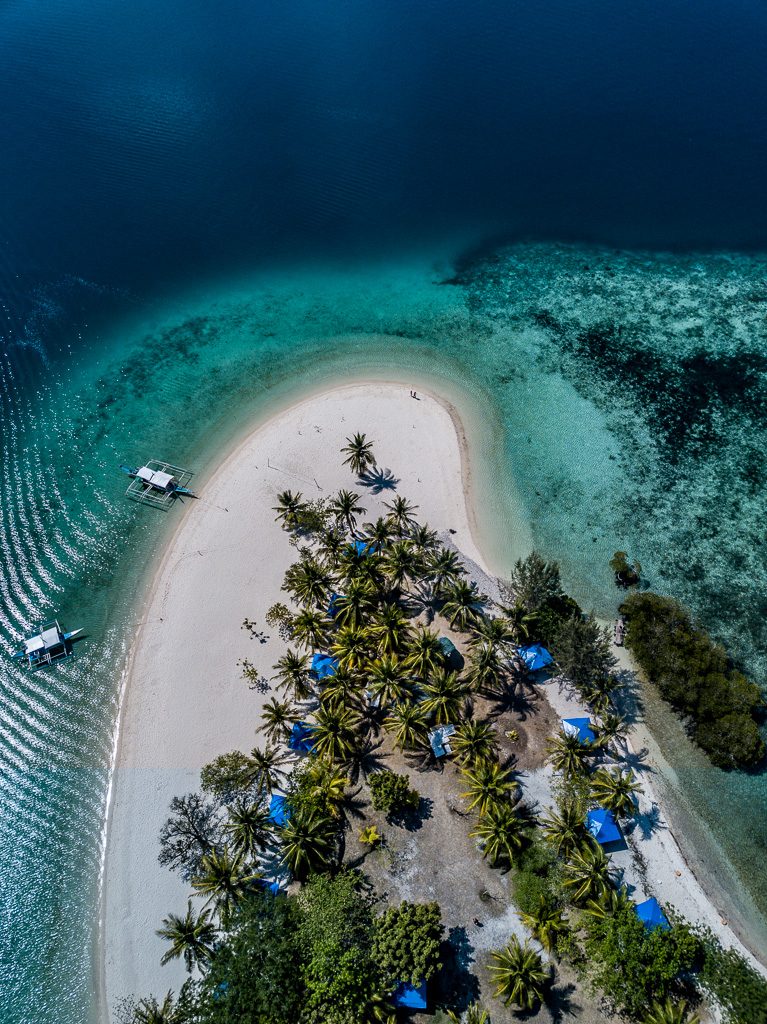 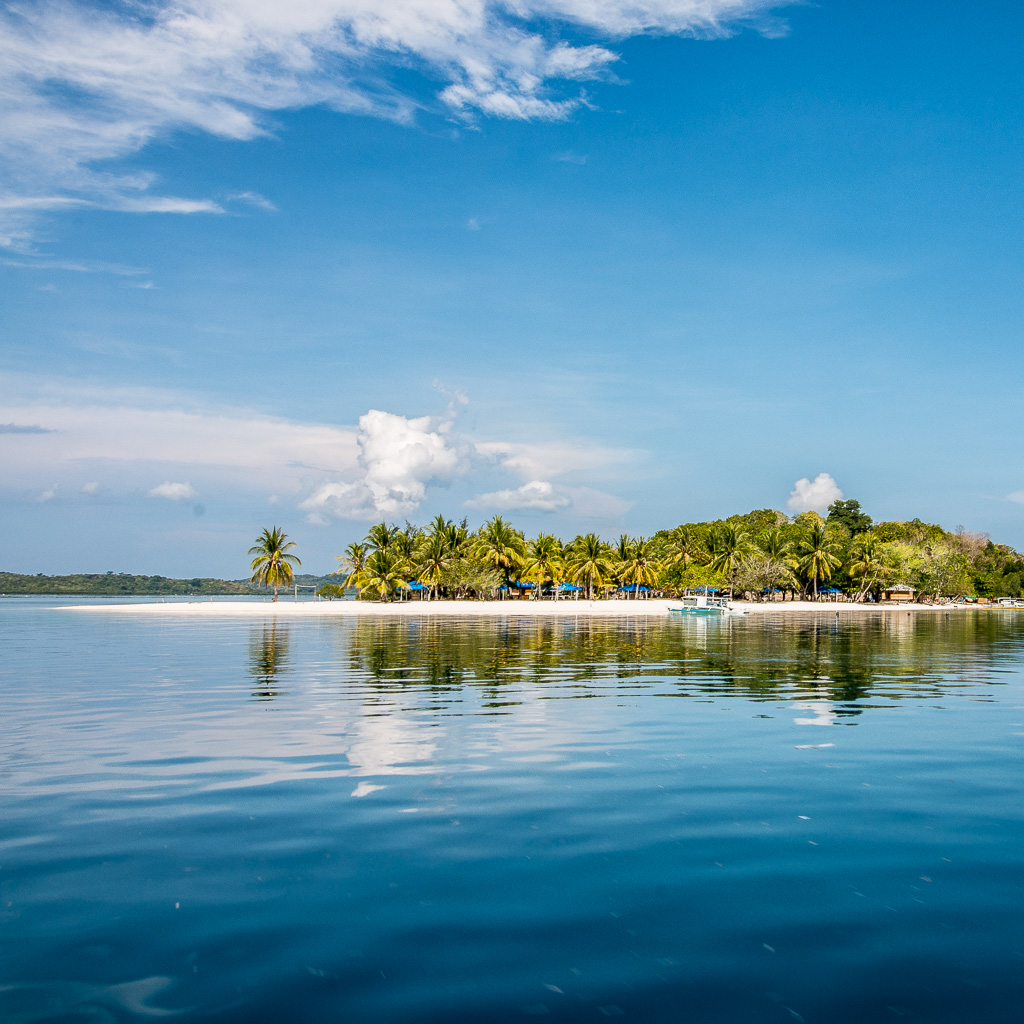 We had left Coron Town early in the morning. Too early for most people’s liking. We were making the journey north to a small village on the coast of Busuanga Island named Concepcion.

I was with a group of travel bloggers, content creators and You Tubers from around the world, and we were visiting Pass Island at the end of our week in Coron. We had already visited the standard tourist sights, from Kayangan Lake to Twin Lagoons, and we had saved the best until last. Anton Diaz of Our Awesome Planet who was accompanying us even claimed that this could be one of the best islands in Coron.

The early start, I hoped, would be worth it once we were were setting foot on the soft white sand. 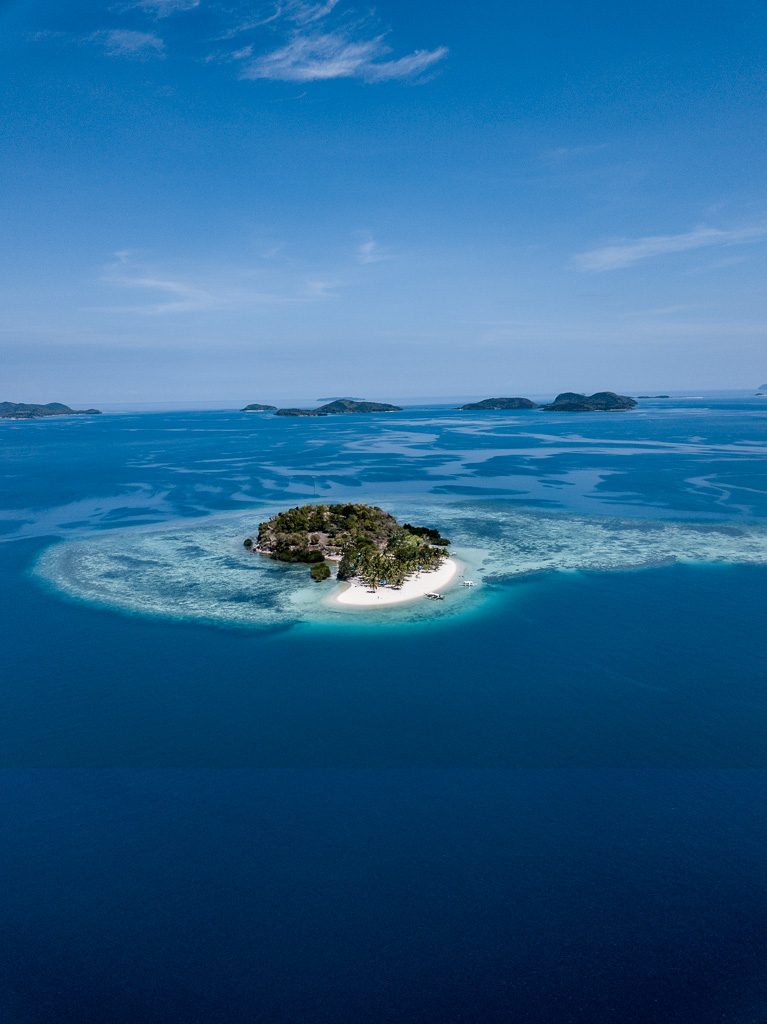 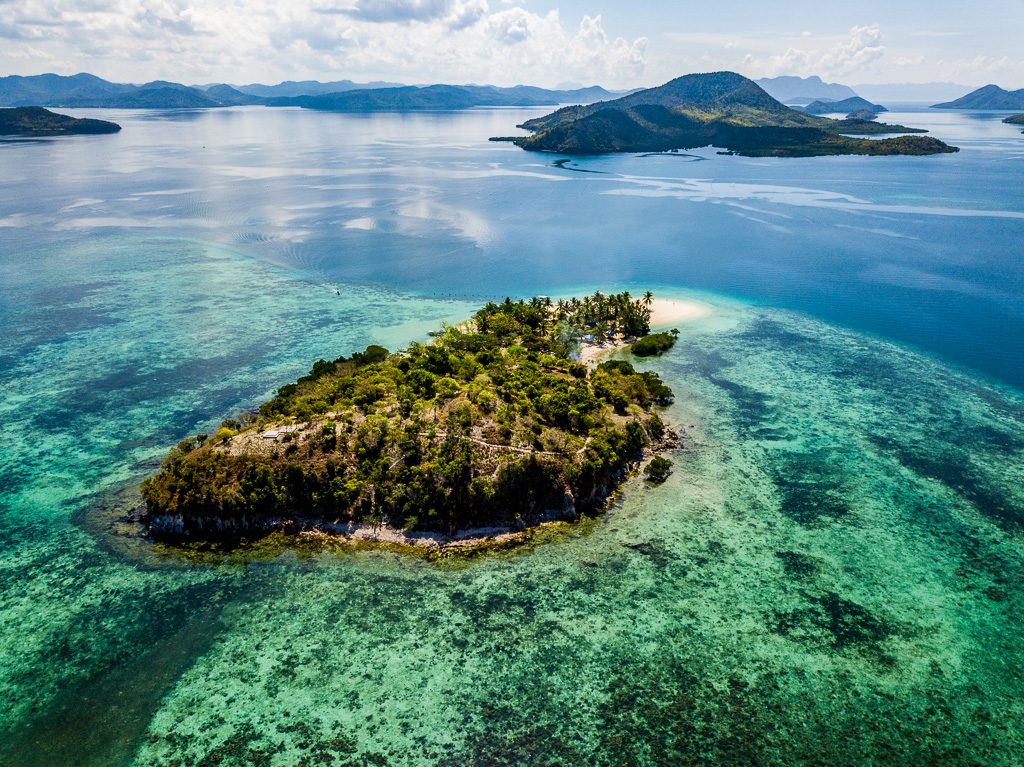 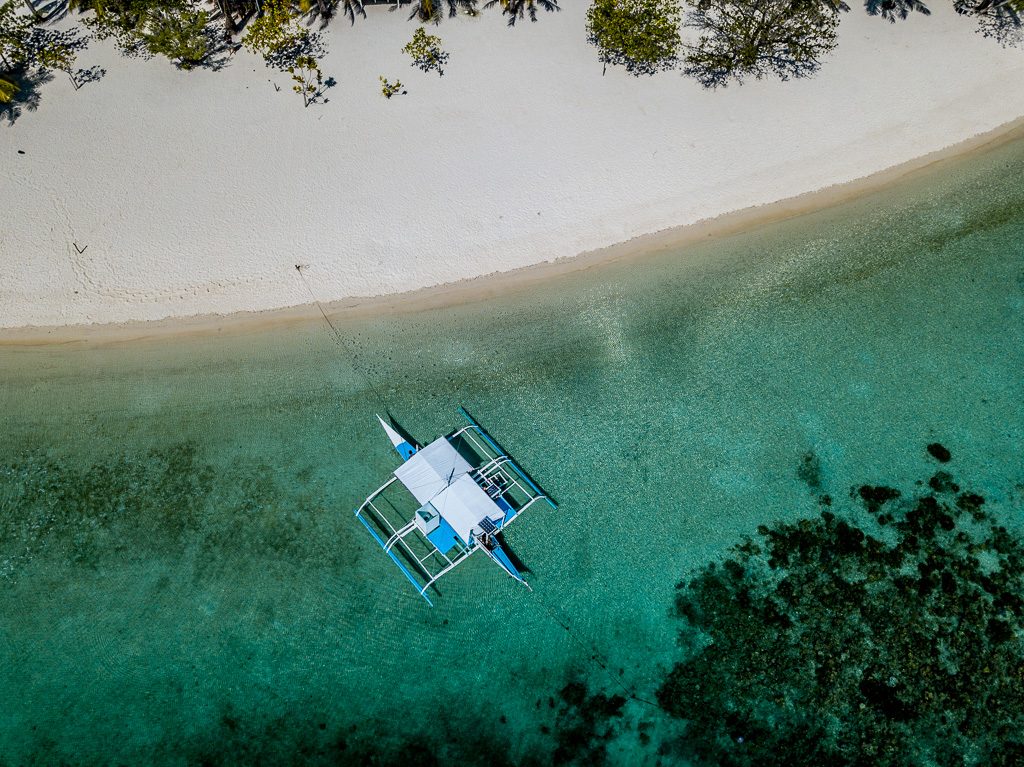 The Softest White Sand in Coron

We arrived at Concepcion after an hour of travelling in a cramped mini bus from Coron Town. We pulled up to the long concrete pier that ran out into the water, but everything was quiet. This is Coron, and nothing ever happens when it should. It looked like we were already running on island time.

The boat wasn’t ready, and so we stopped off at a nearby hotel for coffee while we waited for the Captain to appear.

An hour later, with all the bloggers falling asleep again and the idea of Pass Island fading from memory, the boat crew finally appeared, and we set off from the pier and out across the water towards the islands that lay ahead of us.

Soon enough, a white sand island took shape on the horizon, the water around the boat turned from dark blue to clear turquoise and I was soon setting foot on the white sand I’d been waiting to feel between my toes. 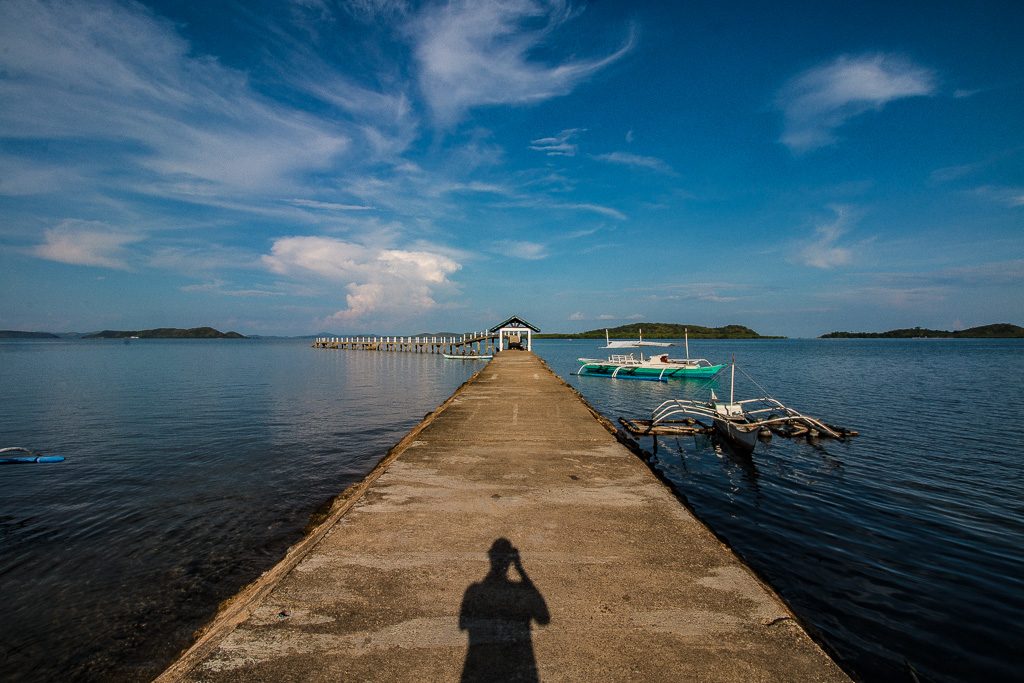 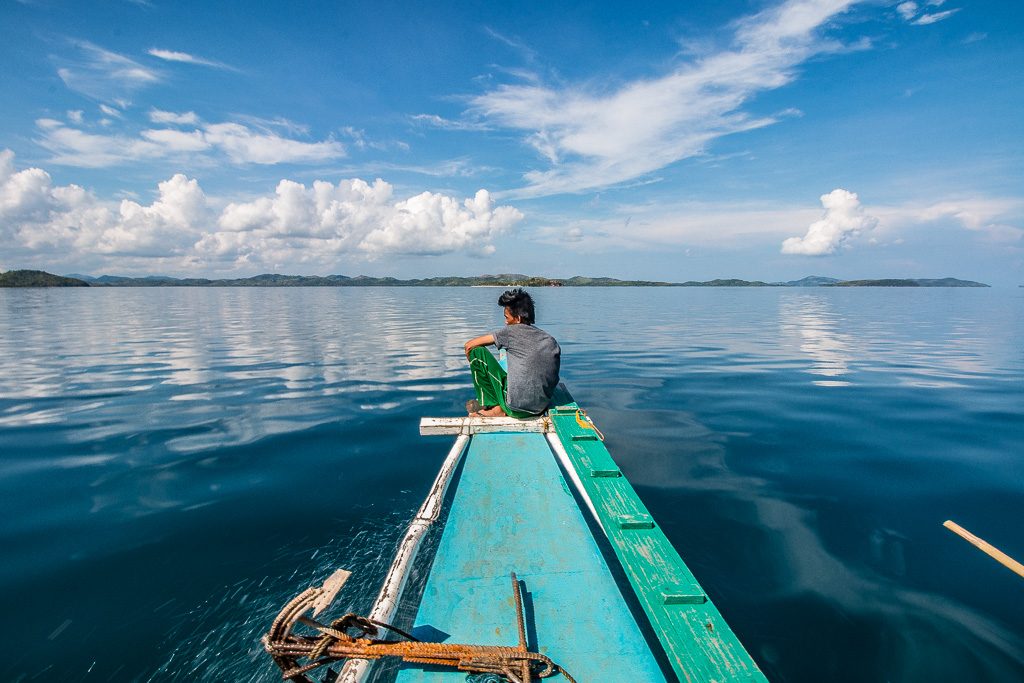 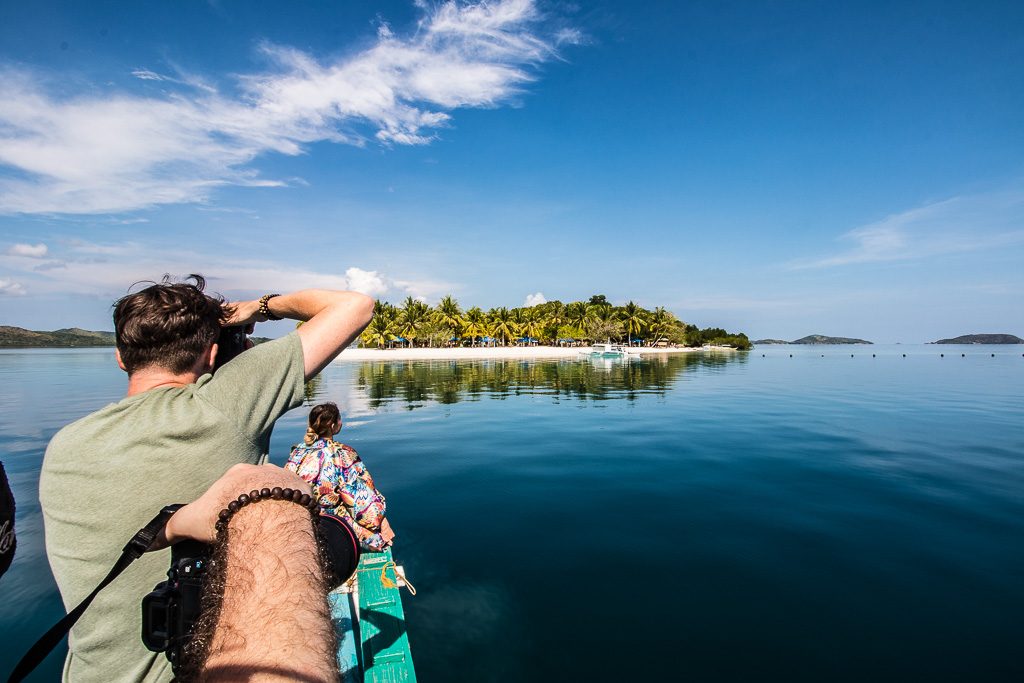 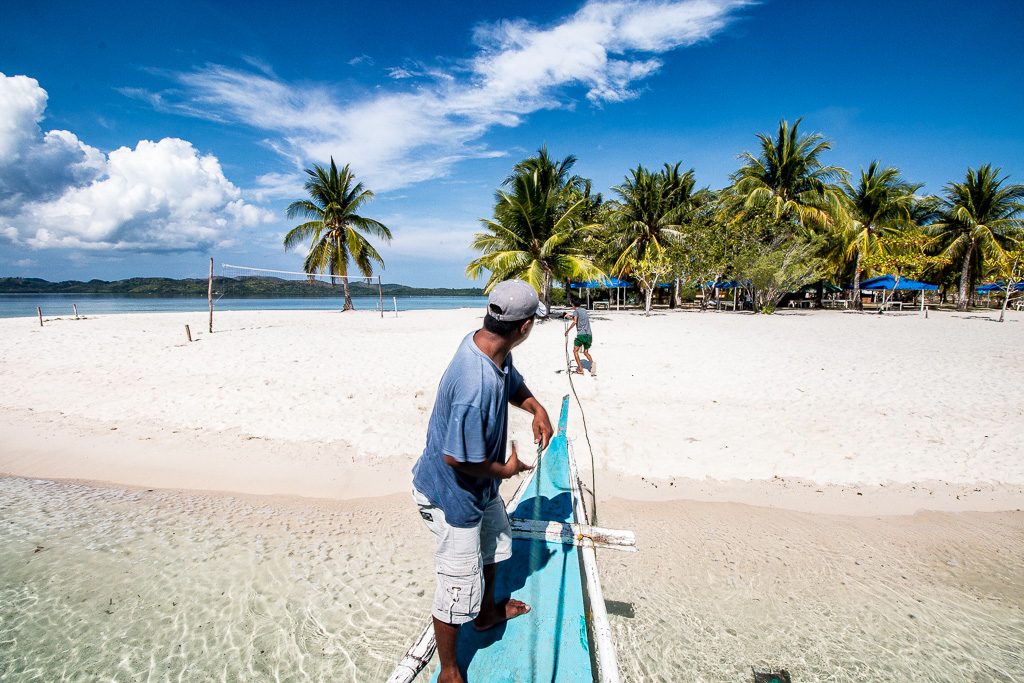 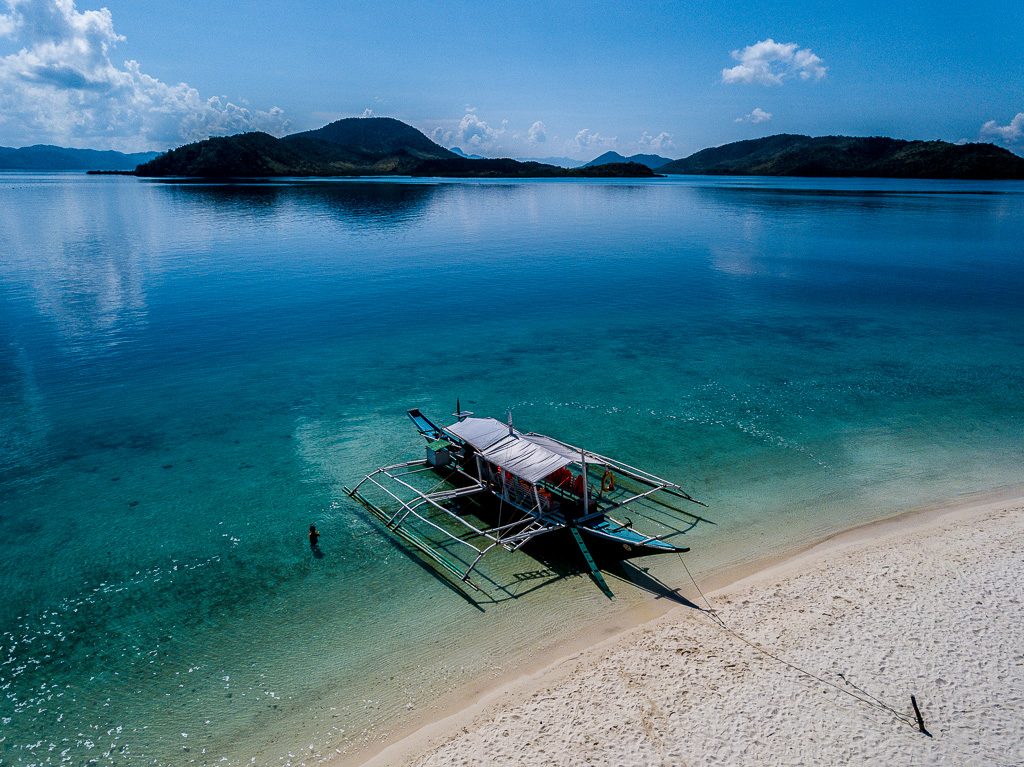 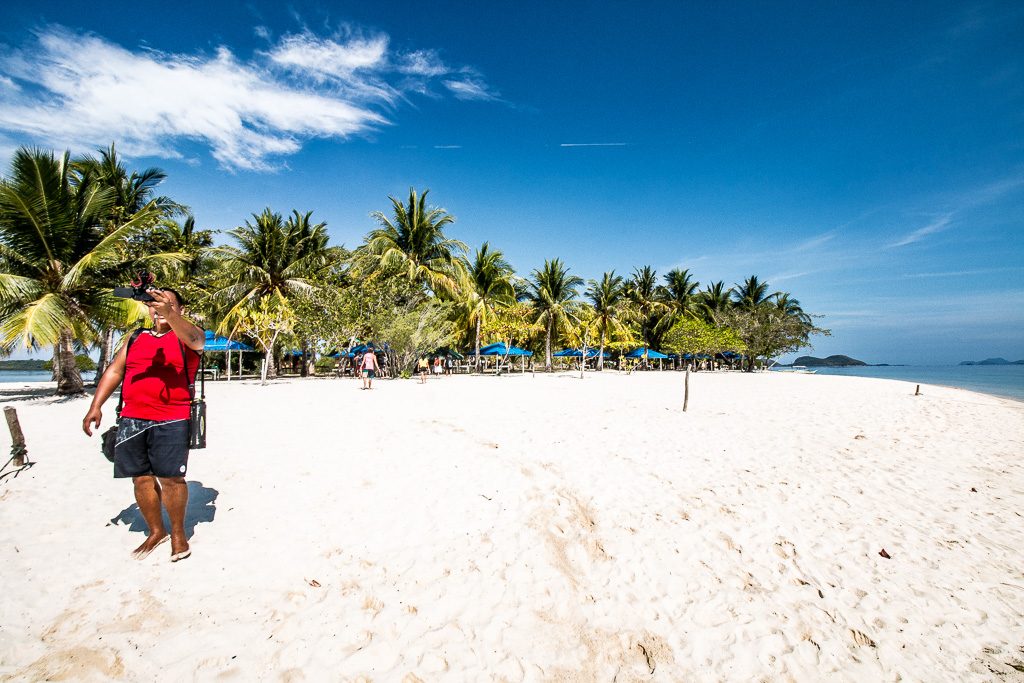 Watch Out for The Monkey

Pass Island was the paradise we were hoping for and as soon I walked across the white sand and dived into the clear water I’d forgotten all about the morning’s early rise, the wait for the boat crew and the fact that I was soon leaving Coron completely.

Pass Island was spectacular. It was stunning. It was tropical. It was a place that I only ever expected to see in movies or on an embellished tourism brochure. But this place was real. I was standing on the sand. It had to be real.

But as with any tropical island, there’s always, it seems, a monkey. And this one was angry.

We’d had trouble securing any cold beers at Concepcion for the trip to Pass Island, and I was tasked with hunting down any cold beverages that might be for sale on the island for the rest of the group.

After all, it’s not really a paradise if there’s no beer is it? It doesn’t matter how white the sand might be.

This monkey was defending the hut with the cold beer cooler inside, baring its rabid yellow teeth at me while I tried to sneak around the menacing perimeter it was drawing in the sand.

Eventually, with the monkey temporarily distracted, I dashed into the beer hut and began bargaining for a crate of cold San Miguels and a few Red Horse beers with the locals. 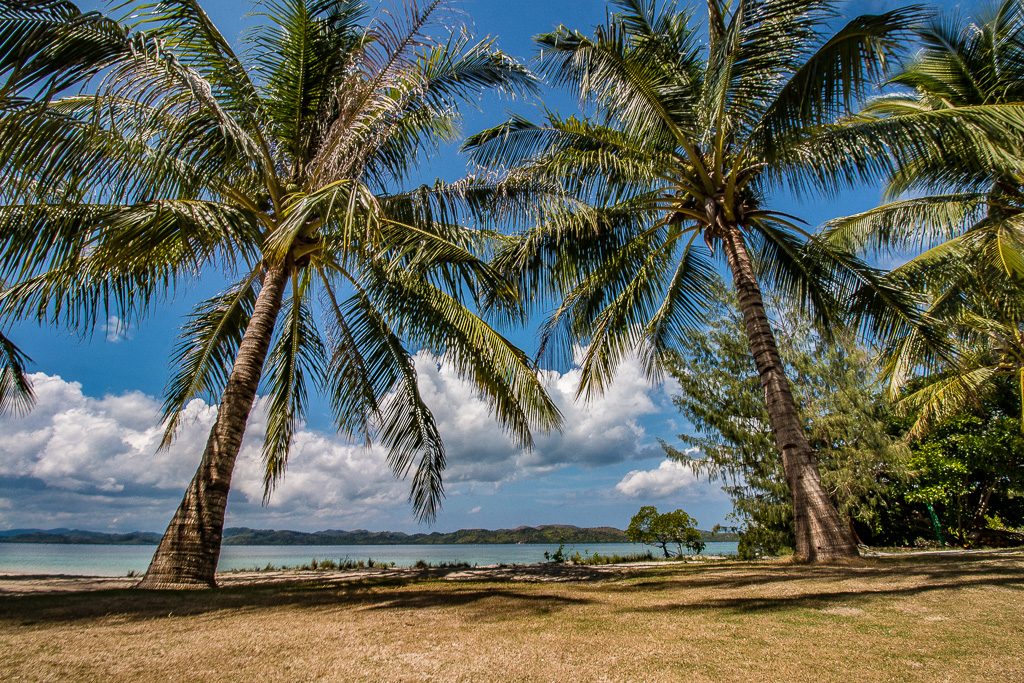 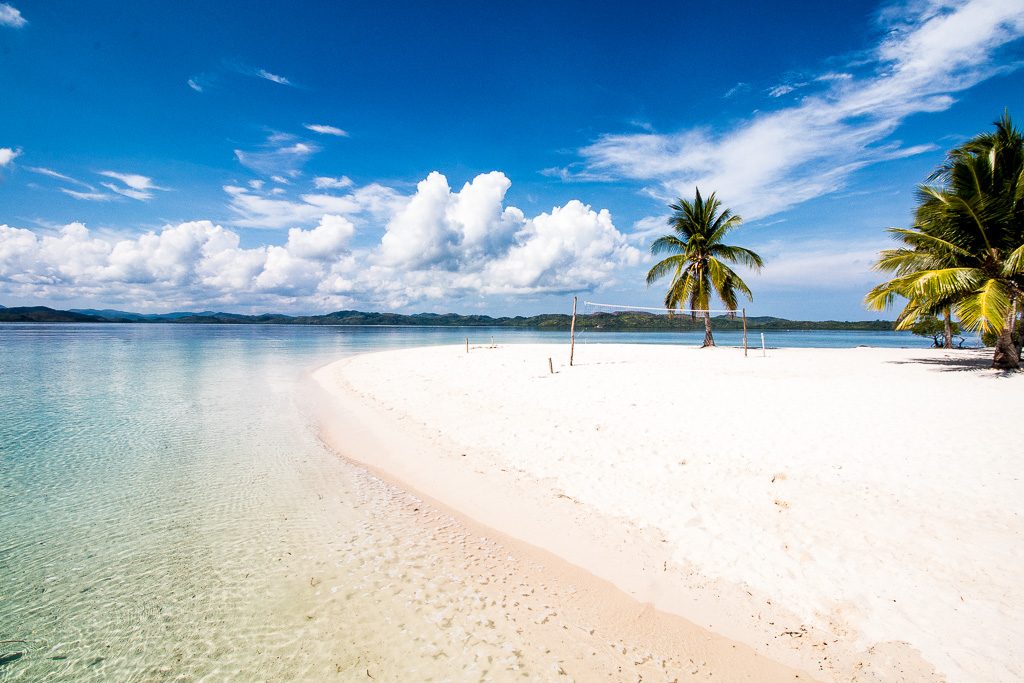 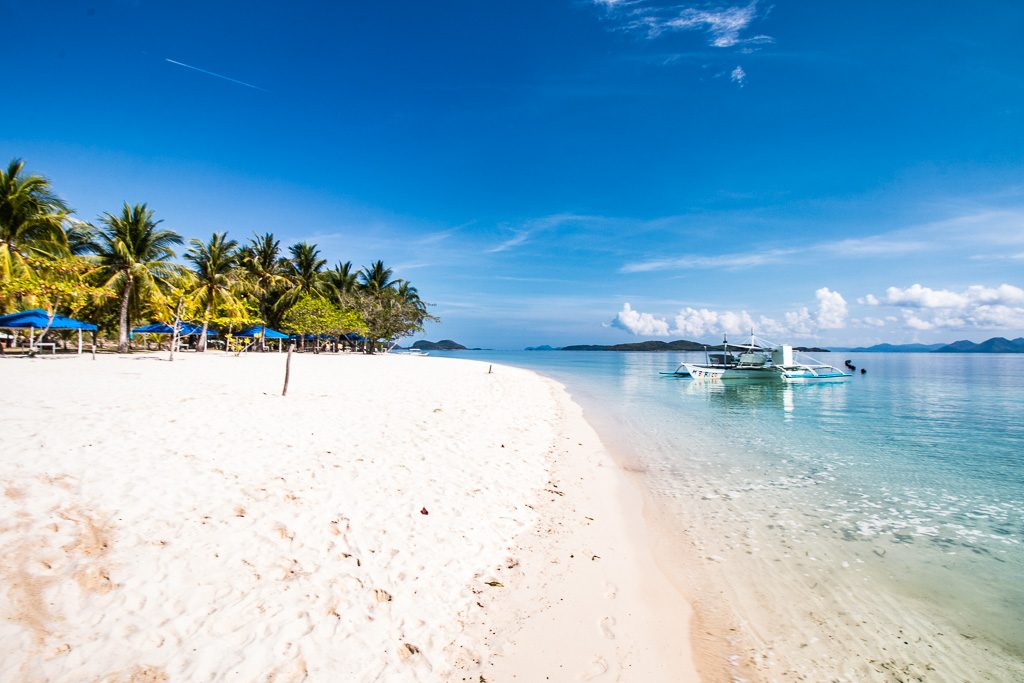 Pass Island was a paradise even before the beers were secured, but with a cold beer to drink on the sands it became more than a paradise. It was simply sublime.

We’d arrived early enough to beat the crowds that arrive on the small island in the later afternoon, and the early start was now long forgotten on the sands of Pass Island. We’d lost all sense of time here. Hell, it was only 10am and we were already through a crate of San Miguels and making steady progress on the Red Horse.

Pass Island really is one of Coron’s best islands. I’d recommend you visit before the rest of the world does too. 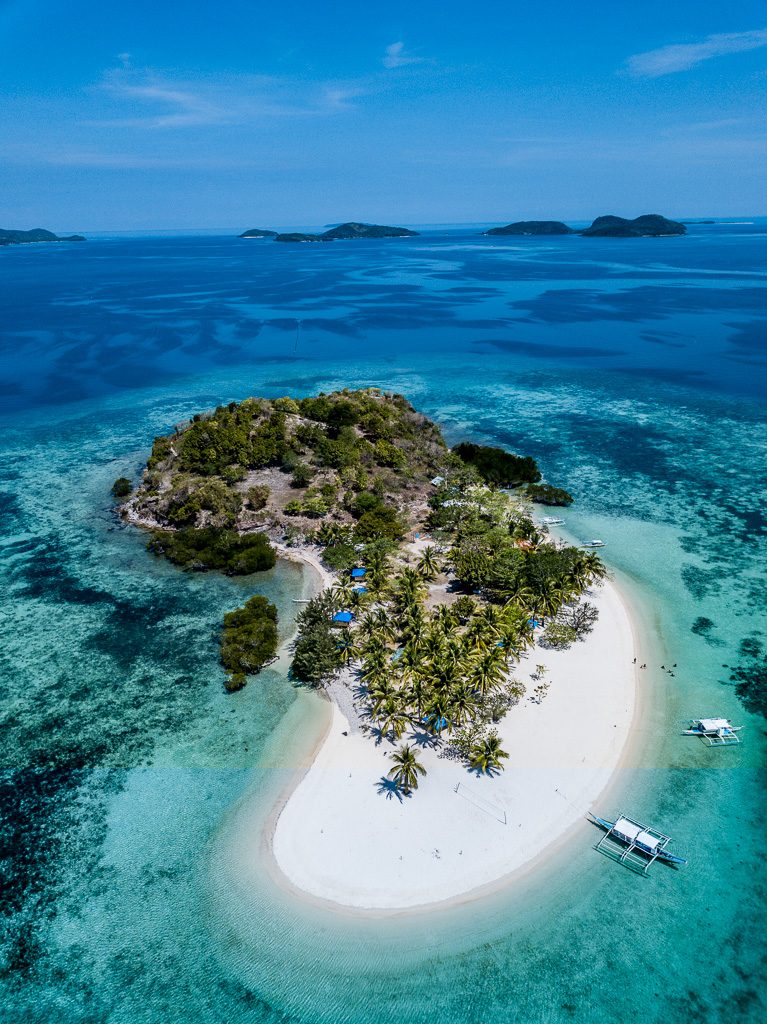 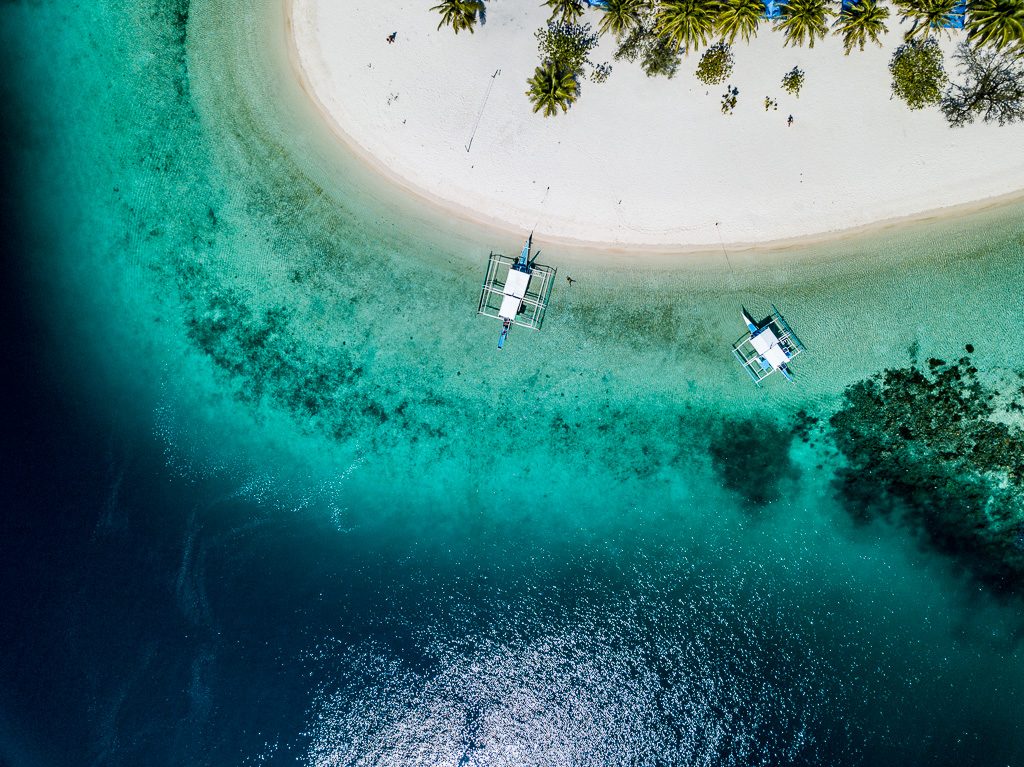 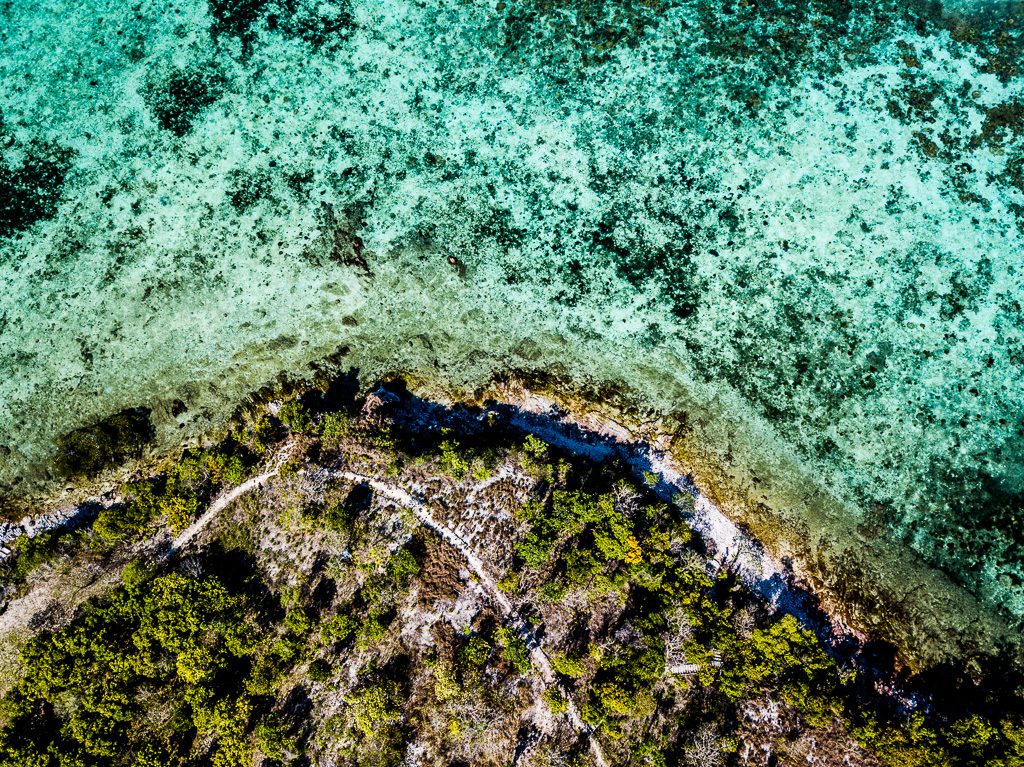 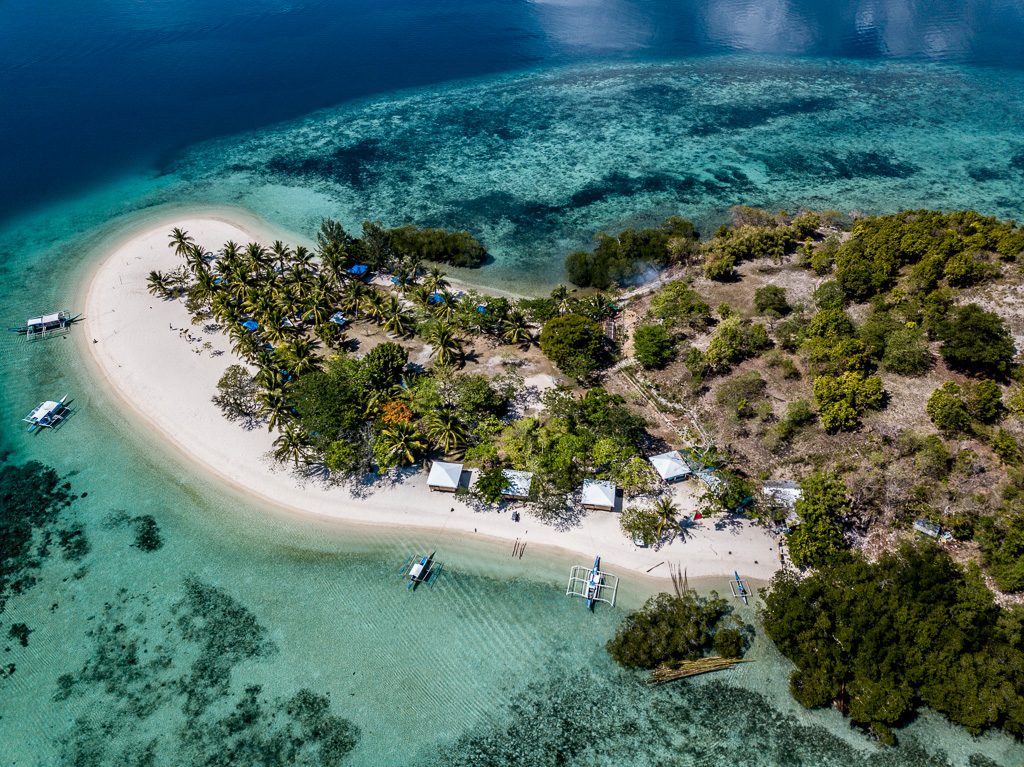 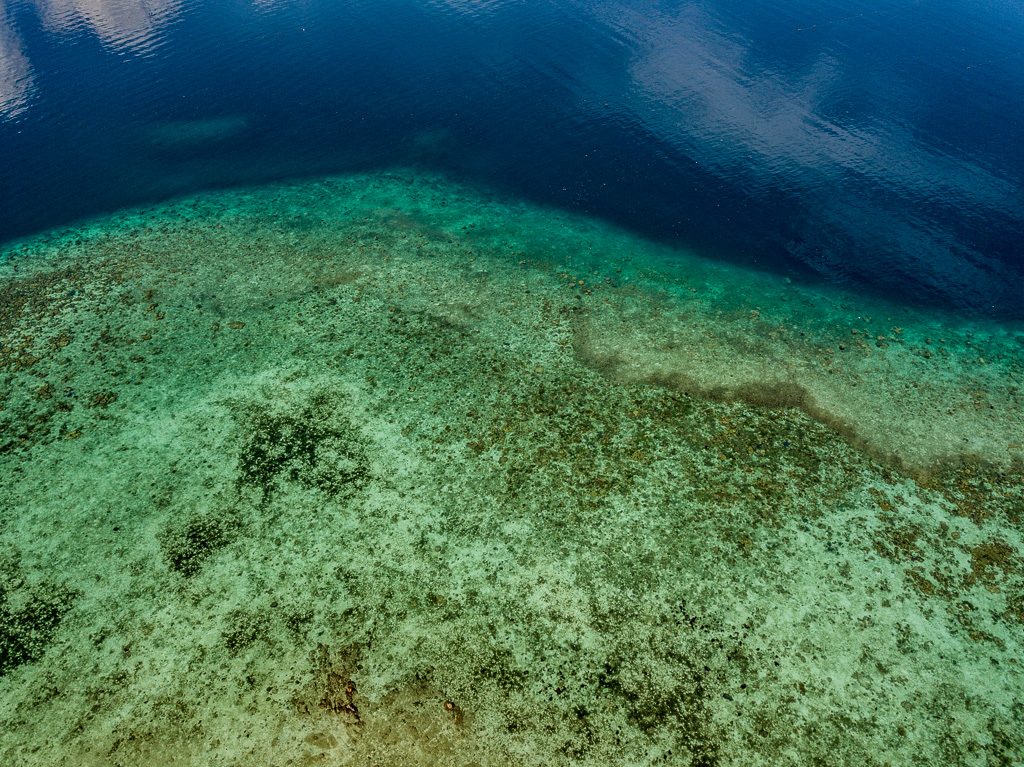 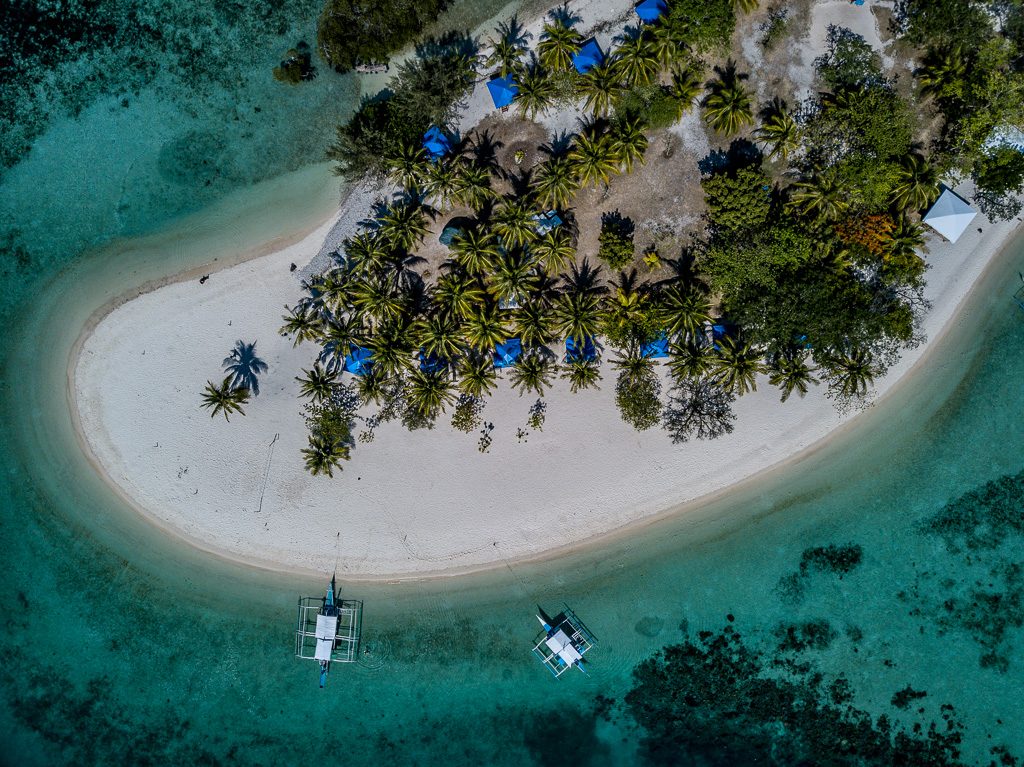 How to travel to Pass Island Coron

Here’s a quick guide on how to travel to Pass Island in Coron. Remember to take plenty of sunscreen, water, cold drinks and food if travelling independently. There is a small shop selling cold beers and soft drinks, but you never know how much stock they will have so travel prepared! There is also a 200 PHP entrance fee, as the island is private.

Where is Pass Island?

Pass Island is located in the northern part of the Calamianes Islands, off the island of Busuanaga in the Philippines. Most people believe Busuanaga Island is actually Coron Island – as this is where Coron Town is, but Coron Island is separate! – but this is not the case. For all travel intents it doesn’t really matter though, as everyone will know what you’re talking about. To reach Pass Island, you of course need to get on some sort of boat…

Transport and Travel to Pass Island From Busuanga and Coron

Most travellers to Coron will inevitably end up staying in Coron Town. The beauty of Pass Island is that it is in fact rather far away from Coron Town, and therefore it can be much quieter, but of course is harder to reach.

From Coron Town, it would be possible to arrange a boat to take you all the way to Pass Island, however this would be a long boat ride. The quickest way to travel here is to go by road to Concepcion (on the map below), a journey of at least one hour depending on traffic. From Concepcion it is a one hour boat ride to Pass Island depending on conditions. There’re a few bars, hotels and restaurants in Concepcion if you fancy staying over or need a bite to eat or a cold beer. Stock up on supplies here too if you need to. A trip to Pass Island can also be combined with visits to other nearby islands. My favourite is Black Island, about one hour on from Pass Island.

Tour operators from Coron run trips to Pass Island daily, and a good company that I would personally recommend are Calamianes Expeditions. Their tours start from 1500 PHP per person. If you are arranging a private boat, expect to pay a lot more, although costs will depend on how many of you there are. I travelled here with a group of 12 bloggers and we ended splitting the cost of a boat and transport to Concepcion for the day at around 800 PHP per person, which was really great value.

Most visitors will only spend the day on Pass Island, or even just a few hours. It is a small place after all. However it is possible to spend the night on the island. If you have camping gear, or can arrange with an operator to supply camping gear, then you can pitch a tent on the beach for a small fee.

There are also a few basic bamboo beach bungalows with limited facilities which can be hired out. Prices start, I was told, from around 1000 PHP per night, but it seemed like a flexible price. You would probably need to arrange this in advance through a local guide, or simply rock up and hope for the best! You would also need to arrange for your boat to either stay or to travel back to pick you up the next day of course.

If you fancy arriving really early in the morning to experience Pass Island when it is quiet, then you could consider staying overnight in Concepcion to make the journey less taxing than if travelling directly to and from Coron Town to Pass Island.

When Should I Visit?

Coron is best visited during the dry season, generally between December and May. Outside of this, there can be typhoons and lots of rain. Dry season of course, is also the busiest and most expensive time of year to go, but you are pretty much guaranteed excellent conditions.

Pass Island is becoming ever more popular as more tourists are discovering the beauty of Coron and are beginning to travel out from the main sights near the town. Pass Island is small, and can get busy in the afternoons, so it’s best to arrive early. My group arrived around 9am and were the only people on the island until around midday (when we then left to visit Black Island anyway). So leave early and if you are lucky, you might just have your own private paradise for a few hours!

Things To Do On Pass Island

Sunsets And Beers At The Maquinit Hot Spring In Coron