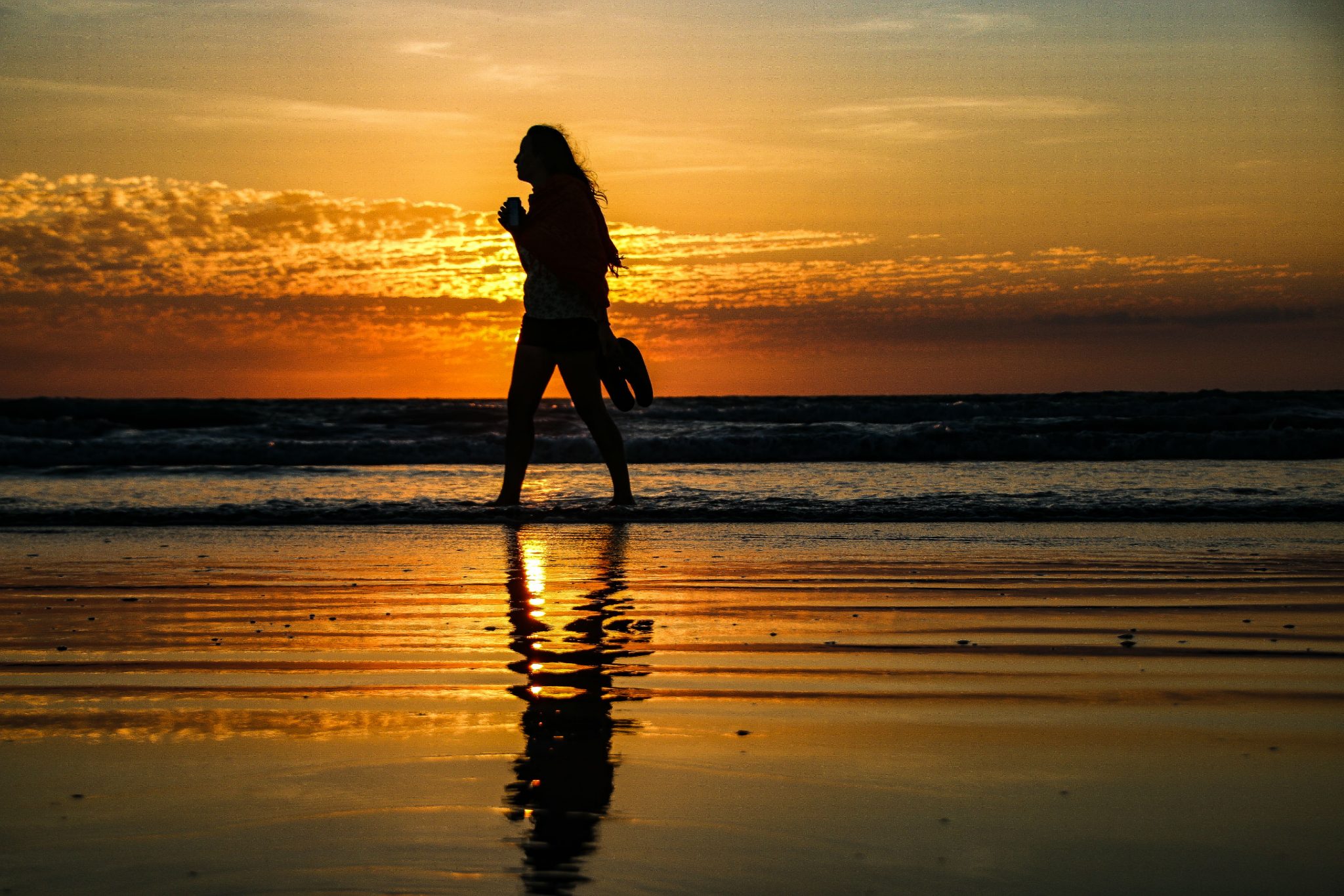 Get Off The Beaten Track In Western Australia!

Life doesn’t get much better than sitting back on the white sands of a deserted beach while the sun sets out to sea and the beer in your hand is still cold!

Nowhere else in the world can this rounded life goal of beach, sun and beer be achieved more fully and more comprehensively than in Western Australia. The largest state in the already rather large nation of Australia is about as off the beaten track as it gets Down Under. The state capital Perth is the most isolated capital city in the world, and it’s a four hour flight over desert and outback to the cities on the east coast of the country. This vast land is home to only 2.5 million people, and with thousands of kilometres of coastline, that leaves plenty of untouched spots just waiting to be discovered.

But it’s not just beaches, there’s mountains to climb, gorges to walk and outback ghost towns to explore.

Here’s my round up of the best places to visit in Western Australia! And all of these experiences are accessible by two wheel drive.

This Is Western Australia Off The Beaten Track! 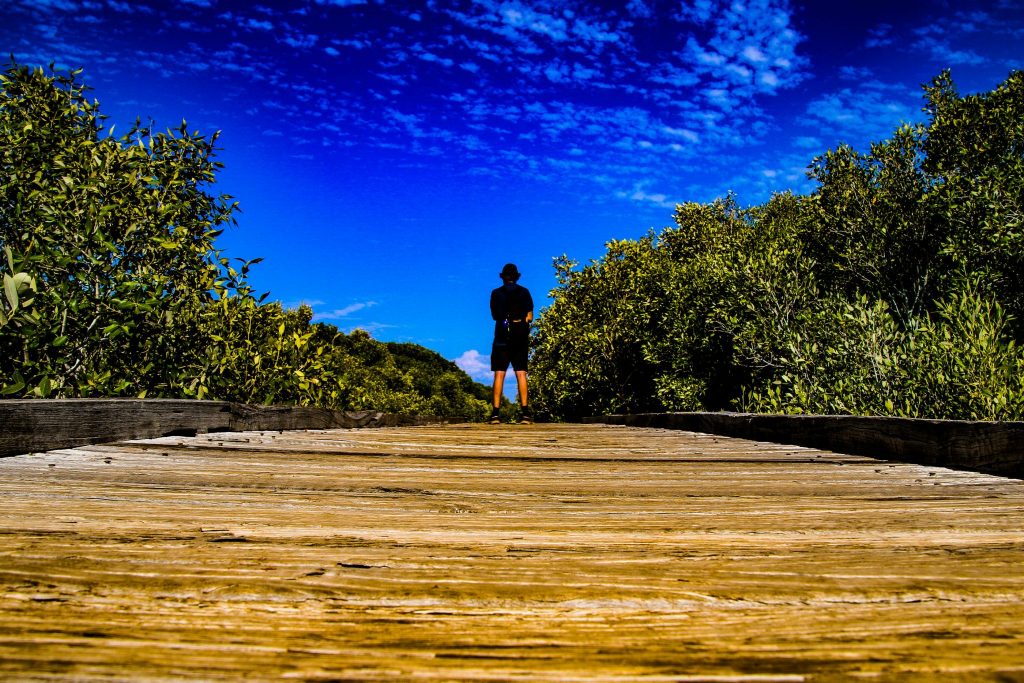 The Mangrove Swamps of Broome, WA

Sunsets, Beaches And Beer In Broome

Broome is a tropical paradise in the far north of Western Australia. At least in the dry season anyway, when it’s not being ravaged by cyclones. This small, laid back ‘city’ sits on long white sand beaches. It’s relaxed, chilled out and there’s a lot of beer drinking going on. Throw in a few insane sunsets, beautiful coastal scenery and the odd crocodile sighting and you’ve got yourself the perfect beach resort that hasn’t yet been completely over run by tourists (it’s too far away from anywhere else for that to happen!).

Try out Matso’s Brewery in Broome for a refreshing and alcoholic ginger beer- I drank far too many of these…- relax on Cable Beach to watch the sunset and if you’re lucky, witness the Staircase to the Moon, a strange natural phenomenon caused by a rising moon shimmering on the mud flats. And don’t forget to head to the Diver’s Tavern on a Sunday for their crazy crab race… 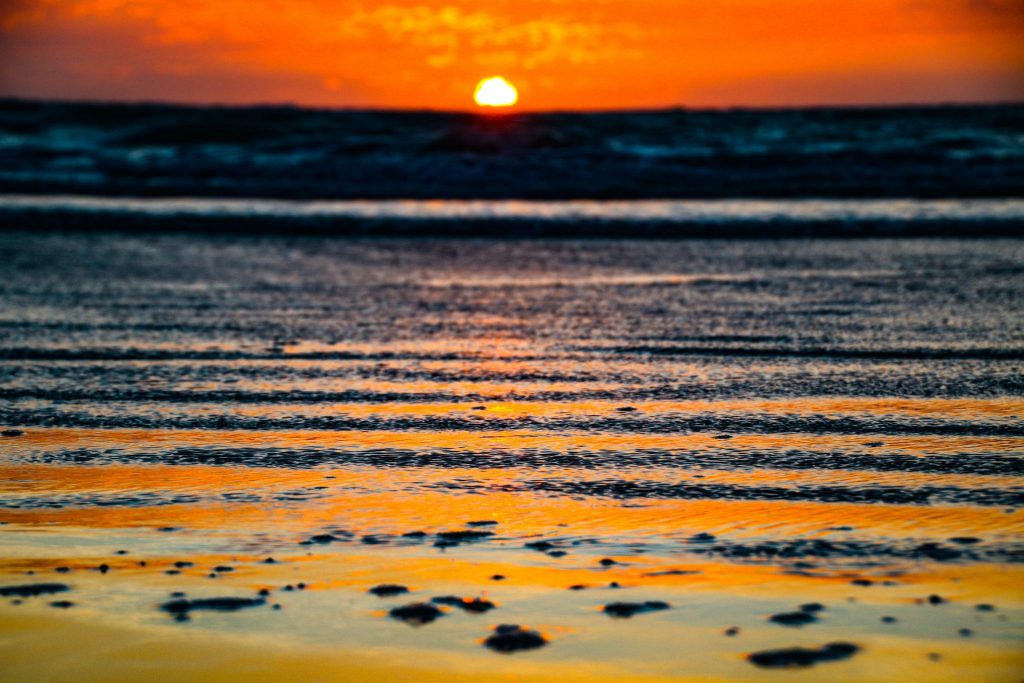 Karijini is the second largest National Park in Western Australia. And it’s one big, semi arid desert. At least on the dusty surface anyway. Delve deeper, and below the red rocks and spinifex there’s a literal labyrinth of gorges and rivers running through the park. Carved through the rock and iron ore of Karijini are flowing rivers, waterfalls and incredible swimming pools. It’s a beautiful place for hiking, climbing, walking, swimming and camping. Anything outdoors is better at Karijini.

For more colourful photography from the gorges of Karijini National Park then click HERE! 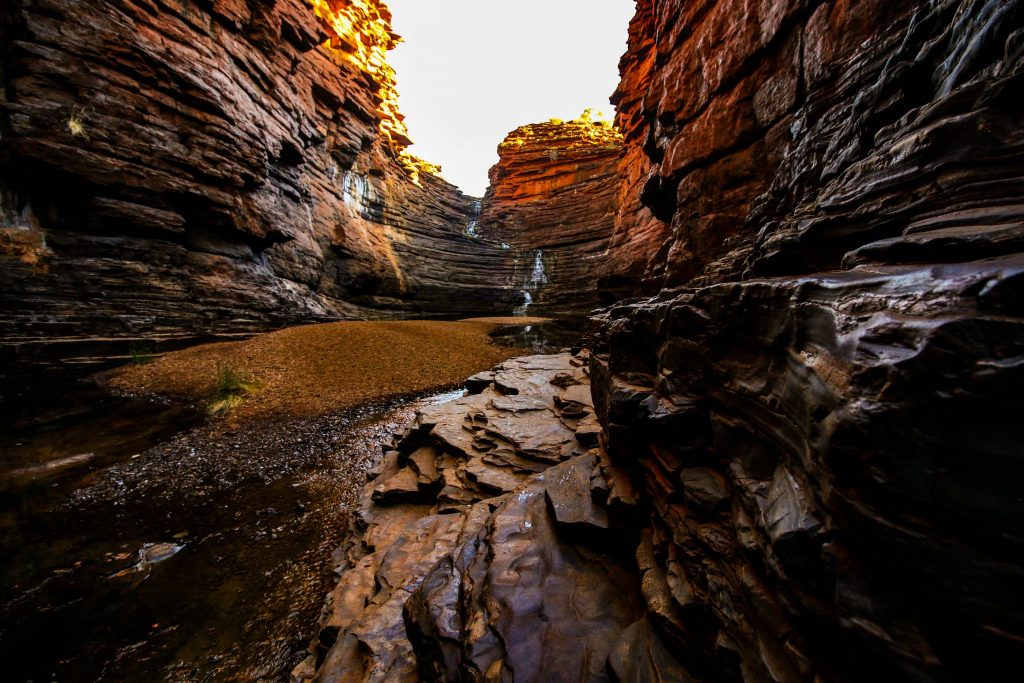 The Abandoned Mining Town Of Wittenoom

Karijini is fast becoming a popular place to visit as word of its scenic gorges escapes the Pilbarra region and slowly reaches the rest of Australia, and maybe one day, the rest of the world too. It’s still off the beaten track, but if you find the gorges and swimming pools too crowded in the popular dry season months then head to the boundaries of the National Park, to a little known place called Wittenoom.

Wittenoom is an abandoned mining town. It’s abandoned because they used to mine asbestos here. In fact, the whole of Karijini National Park is full of asbestos. But if you brave the risks in this wild, overgrown gorge near the abandoned townsite then you’ll find a marvellous landscape of creeks and waterholes where you can camp and explore without a soul in sight. 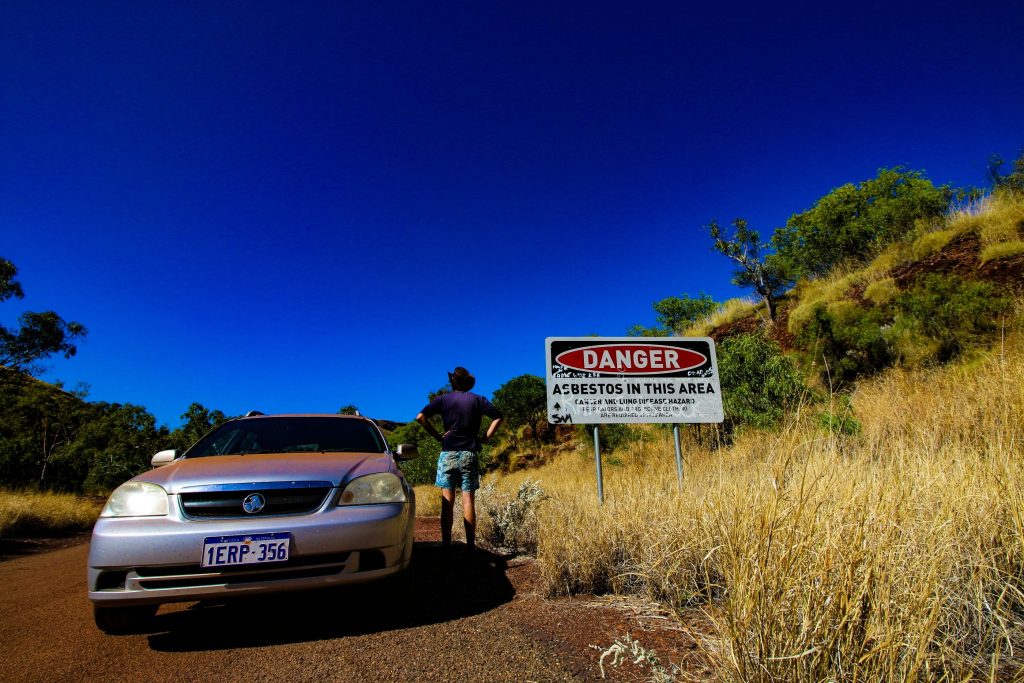 Get Sweaty In The Hottest Town In Australia

Marble Bar is in the middle of nowhere. It’s isolated. It’s small. And it’s really, really hot. The hottest town in Australia hot. Marble Bar is famous- or perhaps infamous to its few residents- for having recorded the longest run of continually hot days in any year. There are a lot of hot days here. But the heat aside, it’s a surprisingly lovely outback town to visit, surrounded by unusual scenery- Jasper deposits found in the rocks and once thought to be marble give the town its name- and home to quirky pubs and caravan sites. 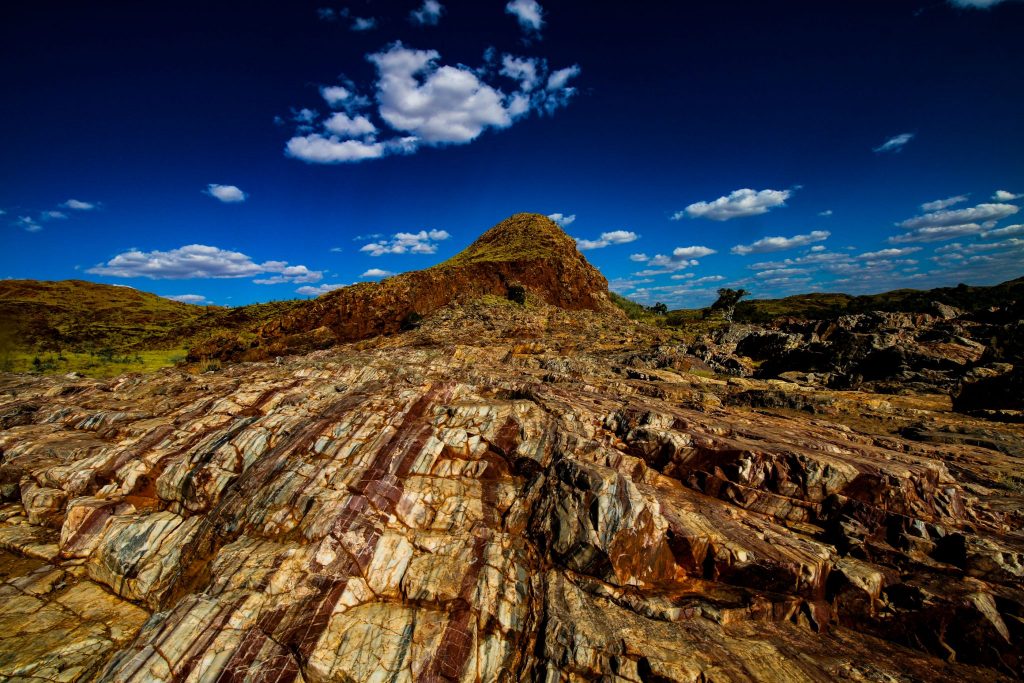 Everyone knows about the Great Barrier Reef. It’s almost famous. Lesser known is the Ningaloo Reef, the world’s largest fringing reef, running for hundreds of kilometres along the coast of Western Australia. The reef is easily snorkelled, running almost to the shoreline in some places, and is a World Heritage Site and a Marine Conservation area. That means there’s plenty of fish to spot, excellent diving and at certain times of the year, the opportunity to swim with whale sharks. 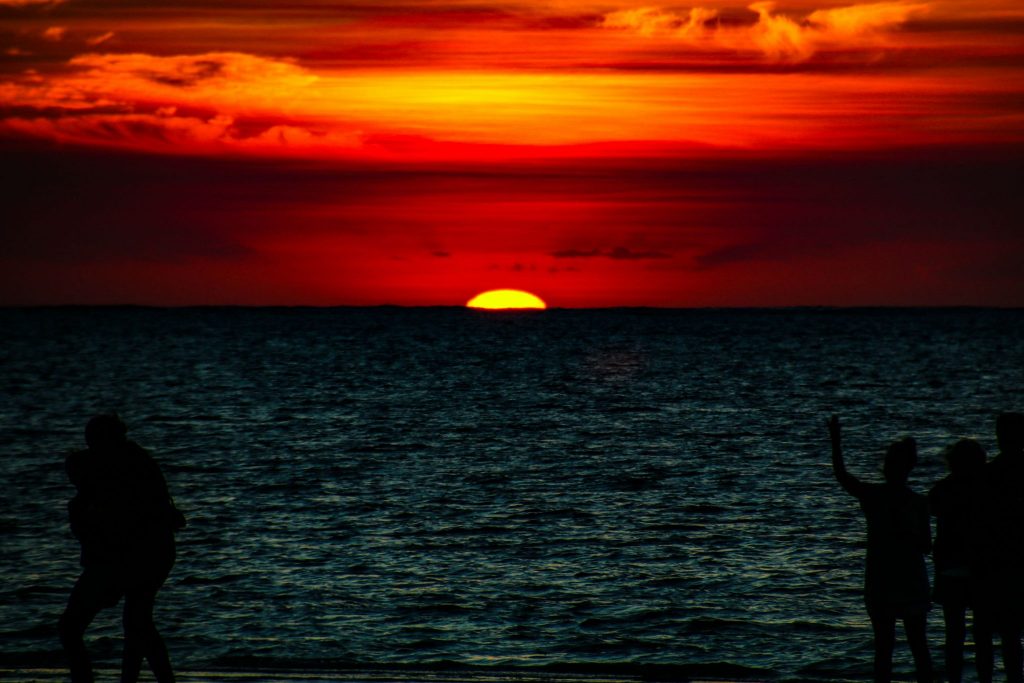 Sunset Over Coral Bay, One Of The Gateways To The Ningaloo Reef

Mount Augustus: The Largest Rock In The World

Mount Augustus- or Burringurrah- is the largest rock in the world. It’s a huge Inselberg standing 1,106 metres high in the middle of the Western Australian outback. It’s a mission even getting here. The roads in are rocky and long- 300 kilometres from the nearest town- and you have to travel fully supplied. But that’s all part of the fun, and once you reach the rock you’ll be in for a true, remote outback experience. The walk to the top takes around five hours return from the base, and at the top you’ll probably find you’re the only one there.

Find out what happened when I climbed Mount Augustus HERE! 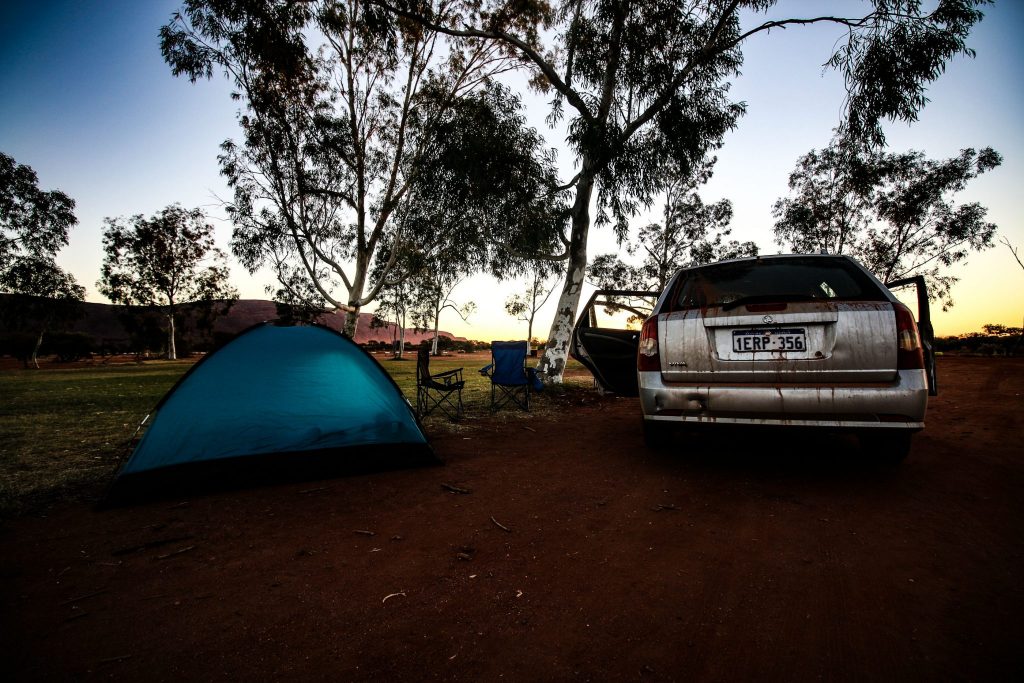 Roughing It In The Red Dirt Of Mount Augustus

Shark Bay is a peculiar peninsular jutting out from the coast of Western Australia, a few hundred kilometres north of Perth. It’s famous for the having a large number of sharks, as the name suggests, and a dolphin research centre at Monkey Mia where tourists can feed the resident dolphins who swim in every morning for fresh fish. But Shark Bay should really be famous for its outdoor hot tub.

Located within the boundaries of the Francois Peron National Park on an old sheep shearing ranch, this amazing hot tub is kept at a constant 40 degree heat by the natural bore water which feeds it deep ifrom the rocks below. It might be too hot to step anywhere near in the middle of a hot Australian day, but at night you can kick back, relax and watch the stars. And it’s all free. 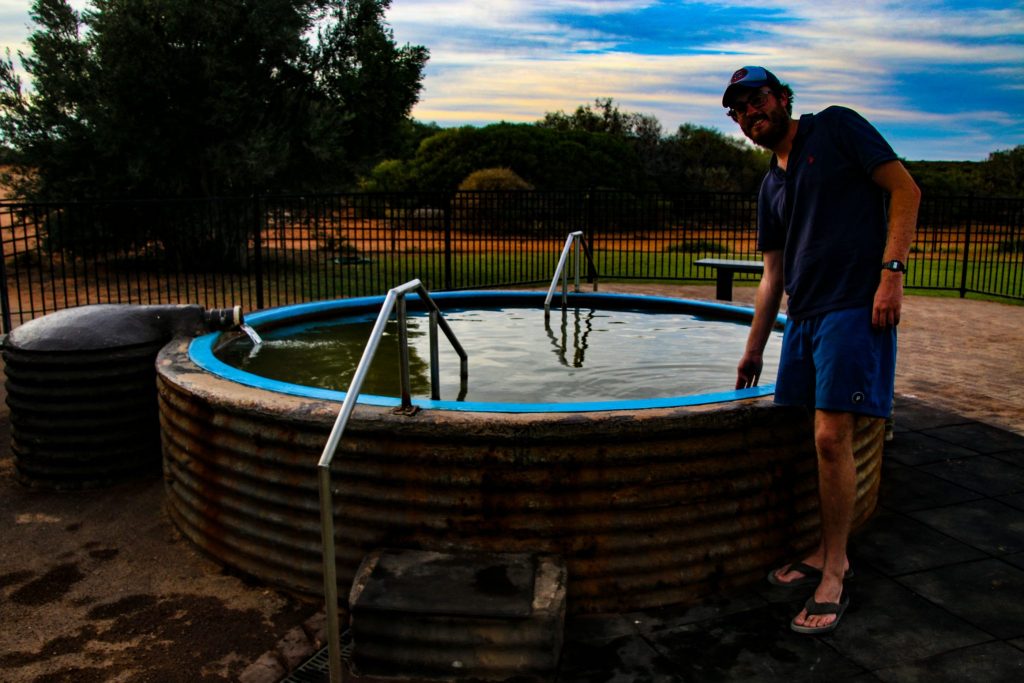 Visit The Independent Micro Nation Of The Principality Of Hutt River

The Principality of Hutt River is a self proclaimed micro nation in Western Australia. Prince Leonard- recently abdicated in favour of his son- proclaimed independence from Australia for his Principality in the 1970s. They’ve sort of governed themselves ever since, minting coins, creating postage stamps and currency, even sending delegations abroad on diplomatic passports. It’s a quirky place to visit, you can meet the family who run the farm and the ‘country’ and discuss politics and nationhood with real ‘Princes’. 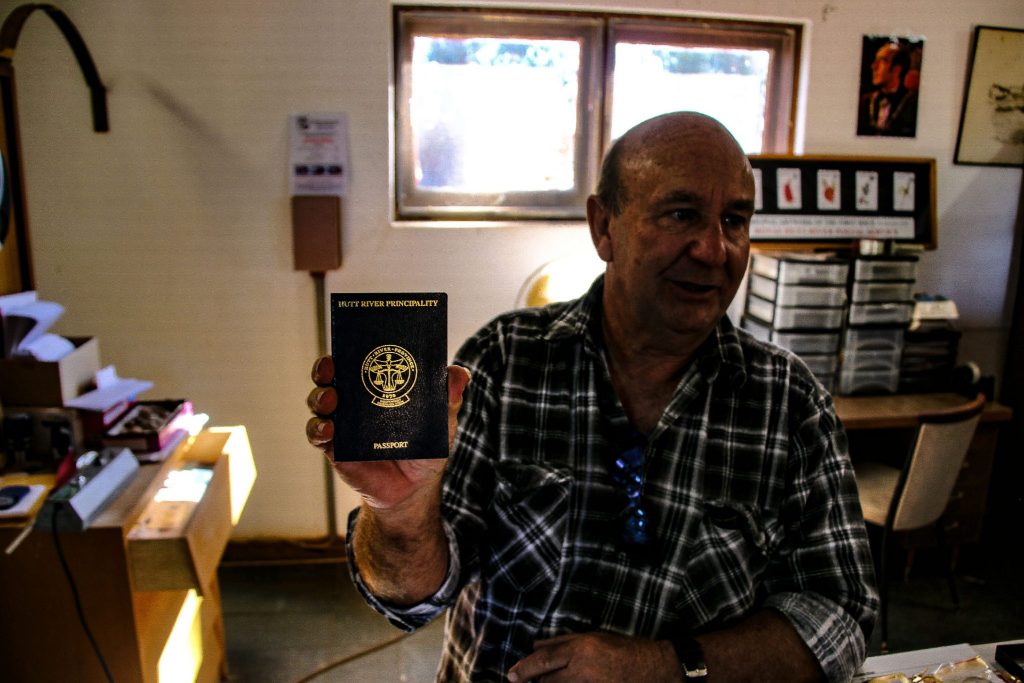 Prince Richard of The Principality of The Hutt River

Western Australia is a very flat land- Mount Augustus aside of course- so mountains are few and far between. But where they do make an appearance, they are certainly impressive. The Stirling Range in the South West of the state is one of these rare exceptions, a huge range of prominent peaks rising from the ground in a very compact area of the country. There are numerous peaks to summit and weeks worth of hiking to be done here, with the pick of the bunch being Bluff Knoll, the tallest peak in the range standing at 1,099 metres, and one of the few places in Western Australia to have ever experienced snowfall. 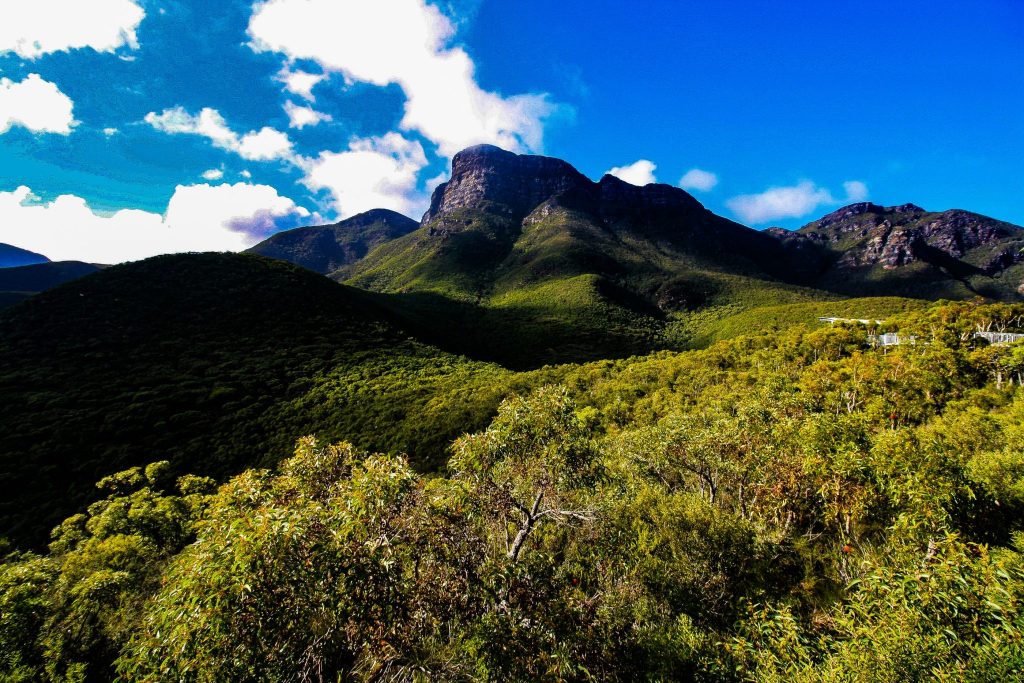 At 1,099 Metres Tall Bluff Knoll is the Highest Peak in the Stirling Range

Albany is a seaside city in the South of Western Australia, with cool climes and long stretches of untouched coastline.  There’s walking and exploring to be done for miles. Hundreds of miles really. It’s wild and rugged, windy and bracing. Grab the camping gear, head to the beaches and fall asleep along the shoreline to the sound of crashing waves. Try Shelley Beach in the West Cape Howe National Park for on beach camping! 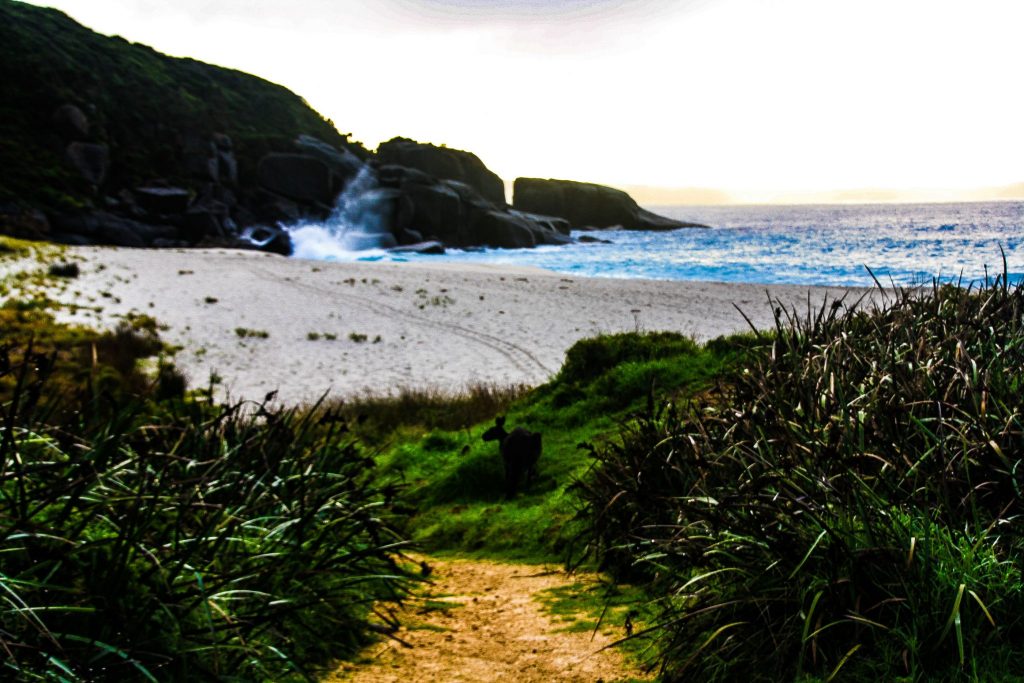 Camping out with Kangaroos at Shelley Beach, Albany

Kalgoorlie is a city that’s as Australian as it gets. It’s a city that was built from the glories and horrors of the Gold Rush days. It was once a Wild West Town, and it’s never really shaken that image, with scantily clad women still serving in the bars and one of the world’s largest open pit gold mines literally on the edge of the city. Beneath the gold and the pubs though, it’s a bustling modern part of Western Australia, and a city that more tourists should visit, especially if they are looking for a real sense of what it is to be Western Australian. 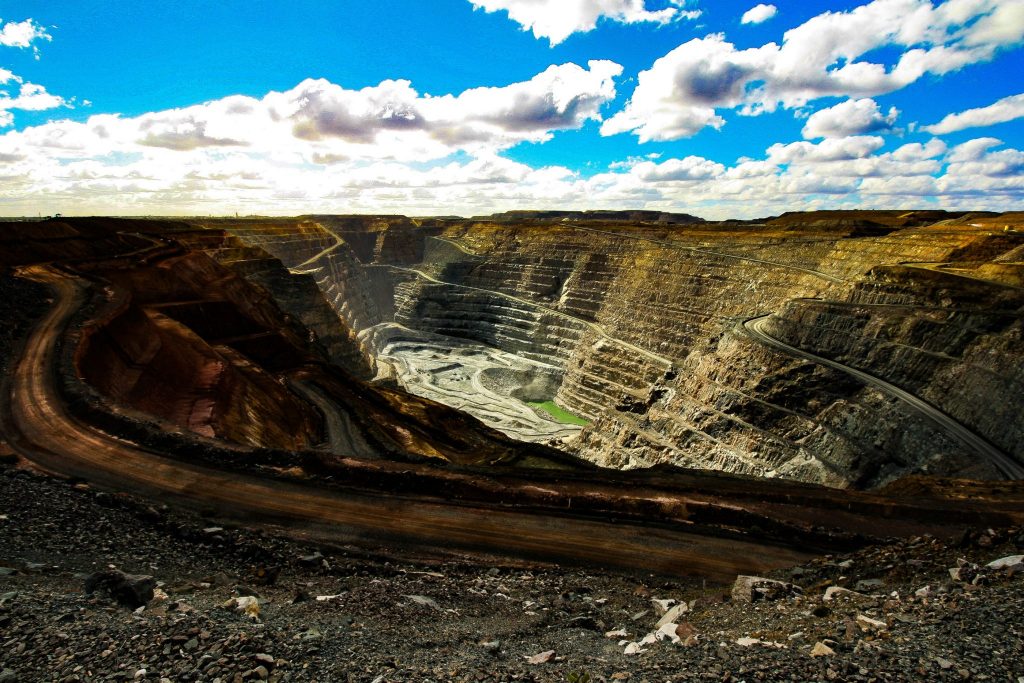 The Kalgoorlie Super Pit, one of the largest gold mines in the world!

Kangaroos And Beaches In Esperance

Esperance is a long drive from anywhere, but camping out at Cape Le Grande National Park along the coastline while kangaroos hop along the beaches and amongst the tents will be a fitting addition to any Western Australia trip. Head to Lucky Bay for insane sunsets and sunrises, climb Frenchman’s Peak for all round vistas of the National Park and watch out for wildlife in the dunes of this spectacular area in the south of Western Australia! 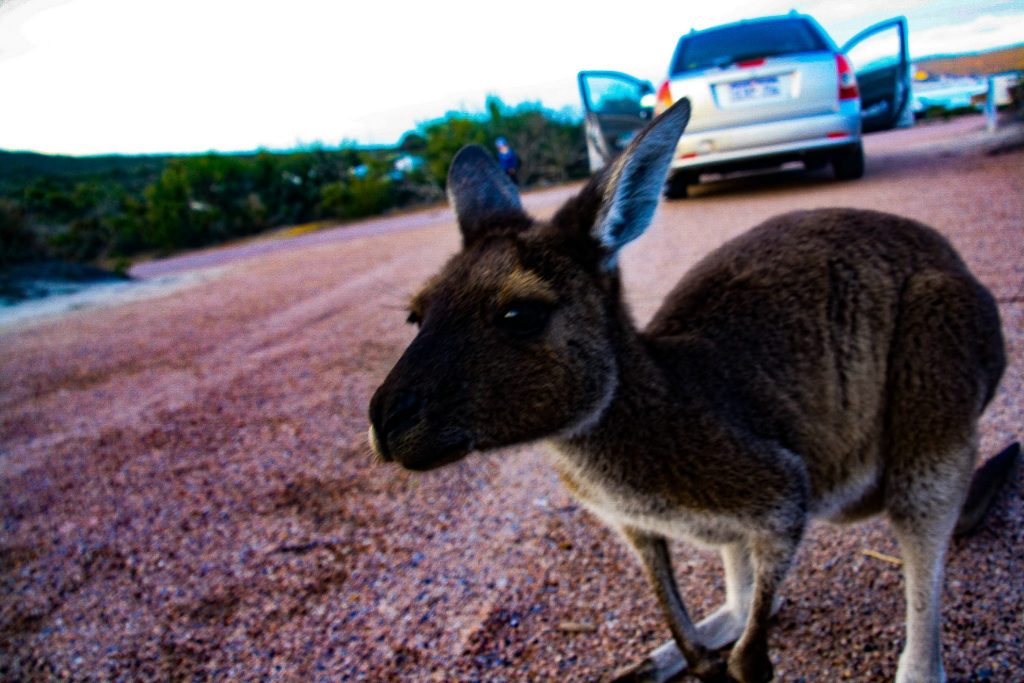