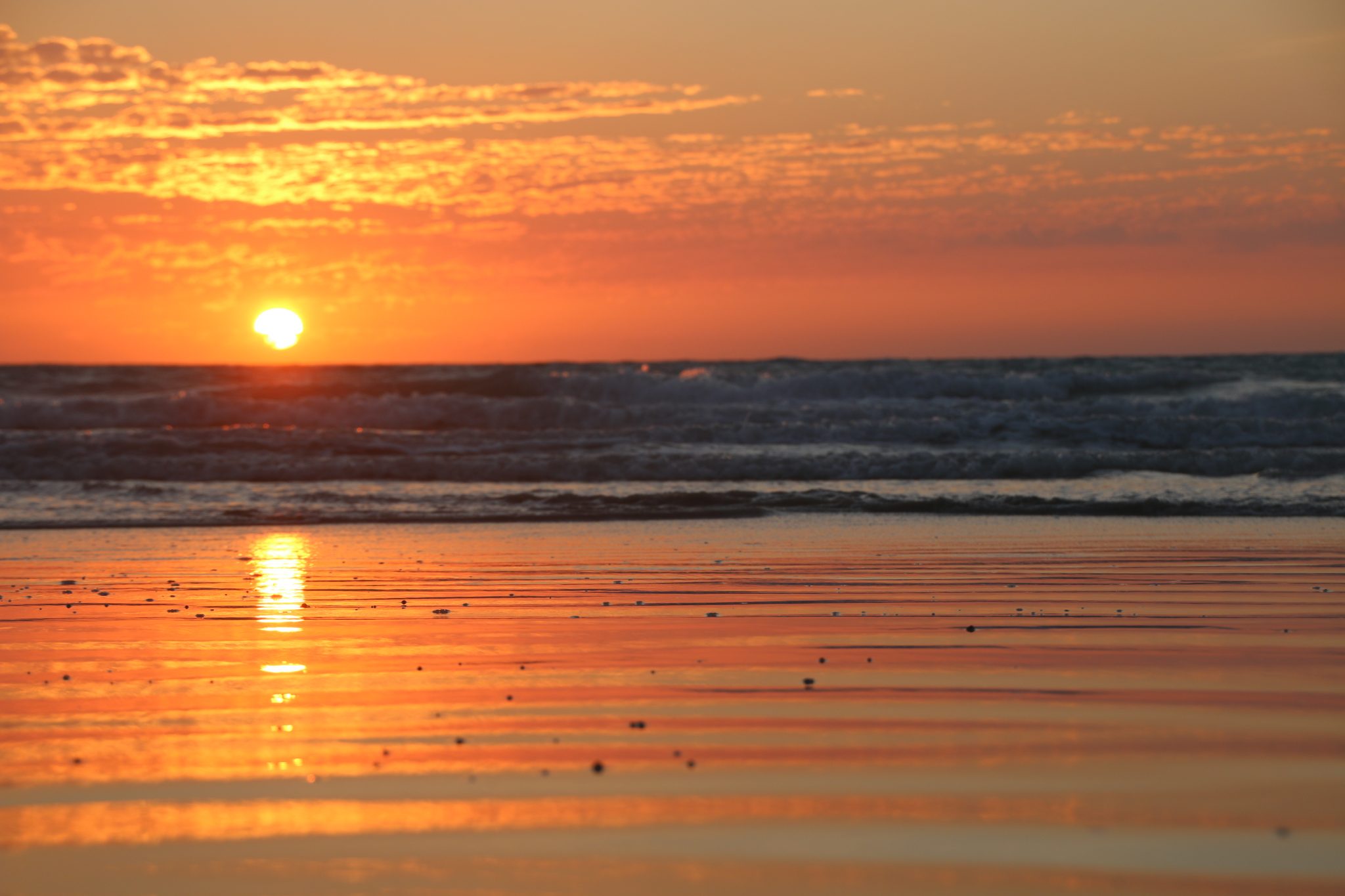 Well, it’s the end of another era

It’s been a while since I gave you all a ‘proper’ travel update, but now is the right time!

The big news is that after almost a year spent travelling through the vastness of Australia- and never even getting further than the West Coast!- it’s time for me to leave this huge red continent. 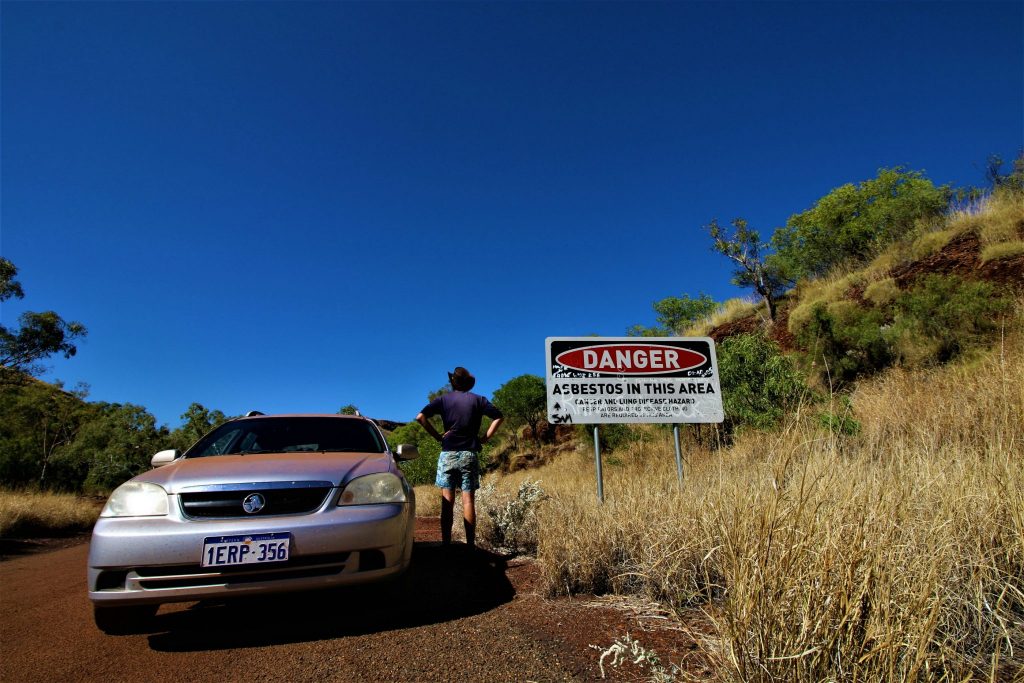 I won’t miss all the asbestos though, that’s for sure…

The Year Long Road Trip Is over

I’ve road tripped, met some incredible characters from across the world, worked jobs I’d never imagined doing anywhere- Fish Factory anyone? Strawberry Picking?!- and most recently had the privilege of working in Karijini National Park, a special place, a semi arid desert with spectacular gorges, scenery, wildlife and people in the Pilbarra Region of Western Australia. 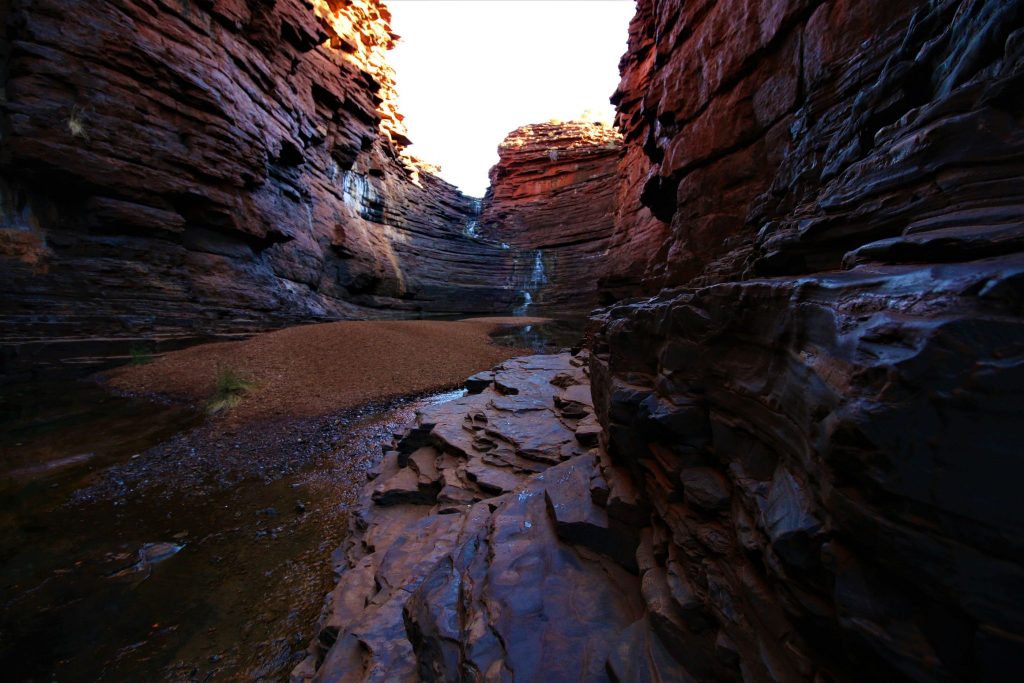 Joffre Falls in Karijini was on my doorstep for three months!

I swam in icy cold waters, fought off huntsmen spiders in the night, braved asbestos in abandoned mining towns and left covered in red, red dust, and with a few more dollars in the bank account to carry on travelling again. From there I road tripped up to Broome, a small little town on the beautiful coast of Western Australia, far into the tropical climes of the north.

It was hot, humid and sweaty

There were crocodiles, some of the longest- 80 miles long in one case…- and whitest beaches I have ever seen, mad, colourful sunsets, and most spectacular of all, a rare natural phenomenon known as the Staircase to the Moon. 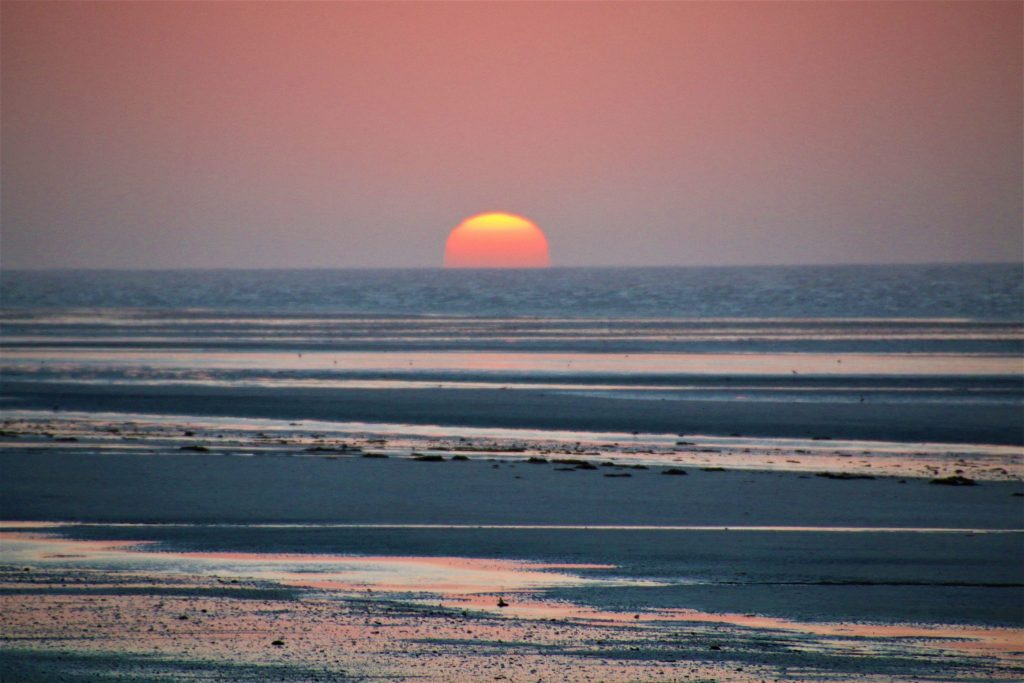 The Staircase to the Moon occurs when a full moon rises over the mud flats around Broome, reflecting off the muddy waters and leaving a literal staircase to the moon itself. 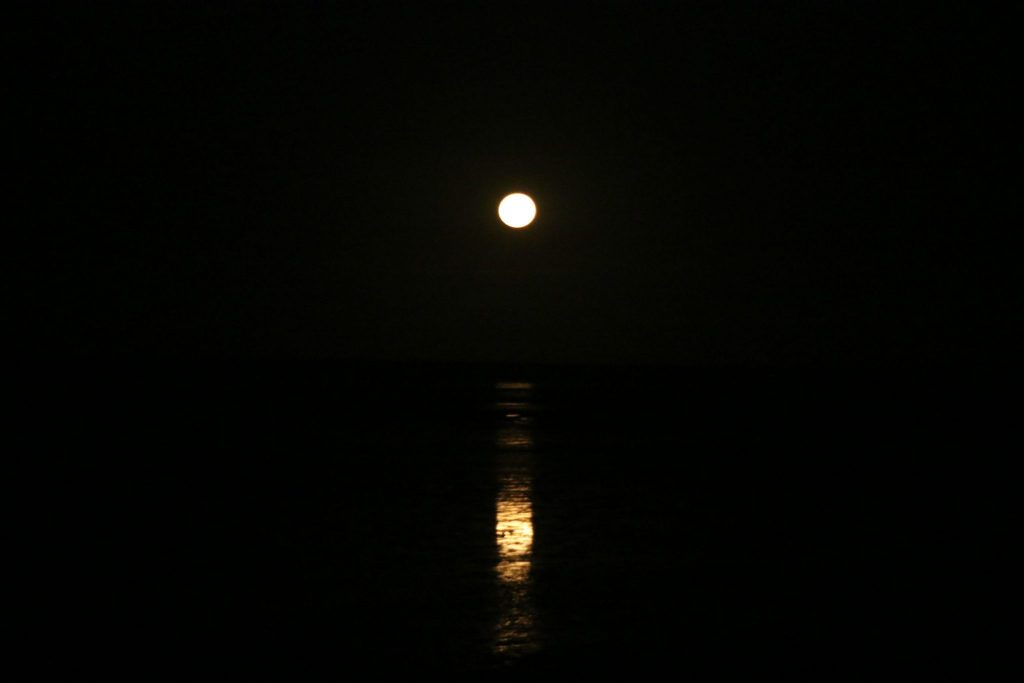 It was quite something to behold, and something terrifically difficult to catch on camera…

And just as spectacular were the tropical, Broome sunsets too. Every night on Cable Beach was pretty special. 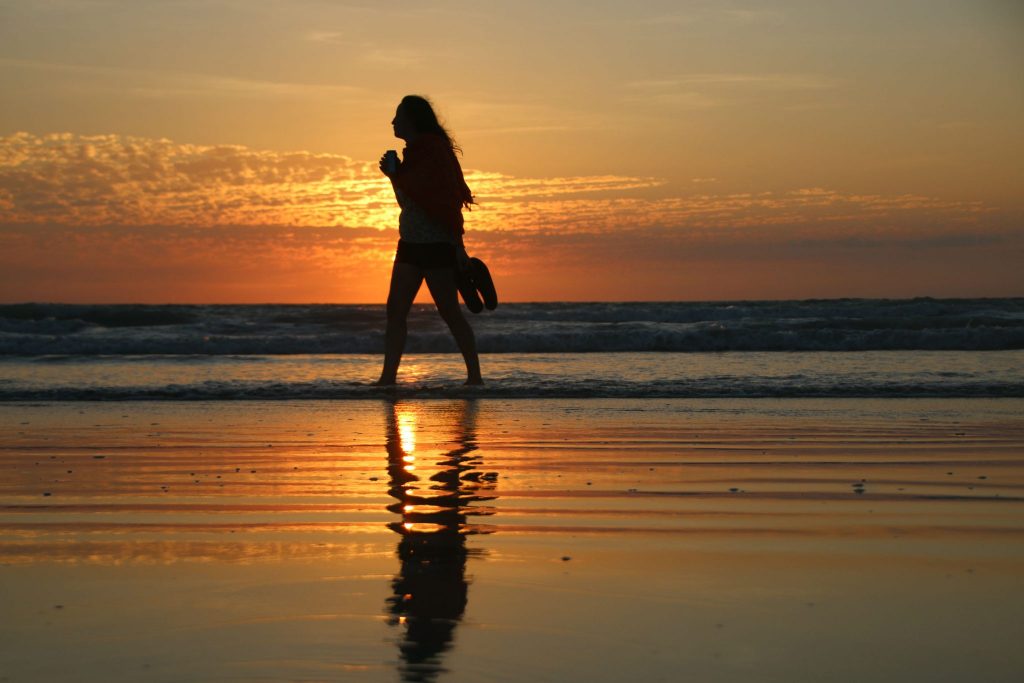 But a few days ago I stepped onto a plane at Broome Airport, leaving those glorious sunsets behind. A good thing too though as the rains and cyclones will soon be descending on this part of the world… It’s not always a paradise in the tropics.

Two days, two planes, three different borders, four busses, one metro and one taxi ride later and I stepped foot in the capital city of a country that I haven’t visited in almost twenty years.

I flew from Broome, to Perth, then Perth to Abu Dhabi. Then I took the long way to Muscat, bussing it across from Abu Dhabi to Dubai, before catching a bus down the Arabian Peninsula, from Dubai through the deserts and rocky mountain passes that separate the United Arab Emirates from Oman, and then along the Omani coastline and into the capital city Muscat. 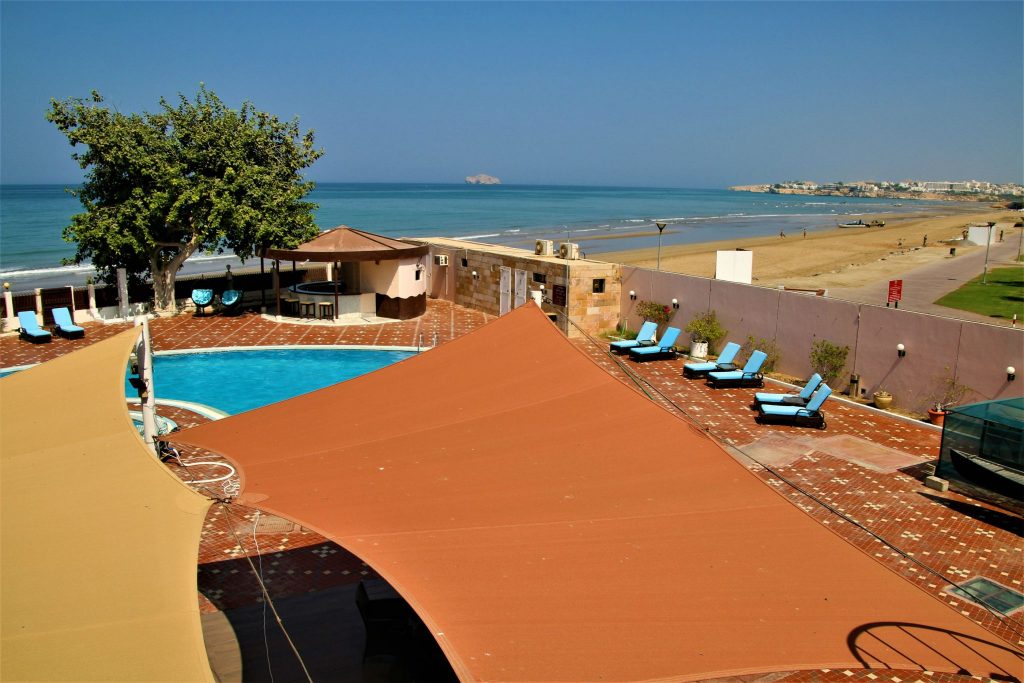 Well, after travelling for the last year continuously, I’ve met up with my parents for the first time in over a year, and half away around the world from home in England. And we chose Oman because this is where we used to live, twenty years ago!

Sunset Over Muscat Beach. It’s good to be back!

We spent a few years living in Muscat, living the expat lifestyle when I was a school child, and none of us have been back here since. It’s a nostalgic trip, to see what’s changed in twenty years, what I remember, and to relive a city that set me up, all those years ago, for my future, endless travel around the world. Then I’m off back home, to old England, to get some serious travel blogging done, to check out WTM- World Travel Market in London, one of the biggest travel trade shows in the world, let me know if you’ll be there too!– and to get ready for the next big trip, where ever that will be…

It’s going to be a whole lot of fun, that’s for sure.