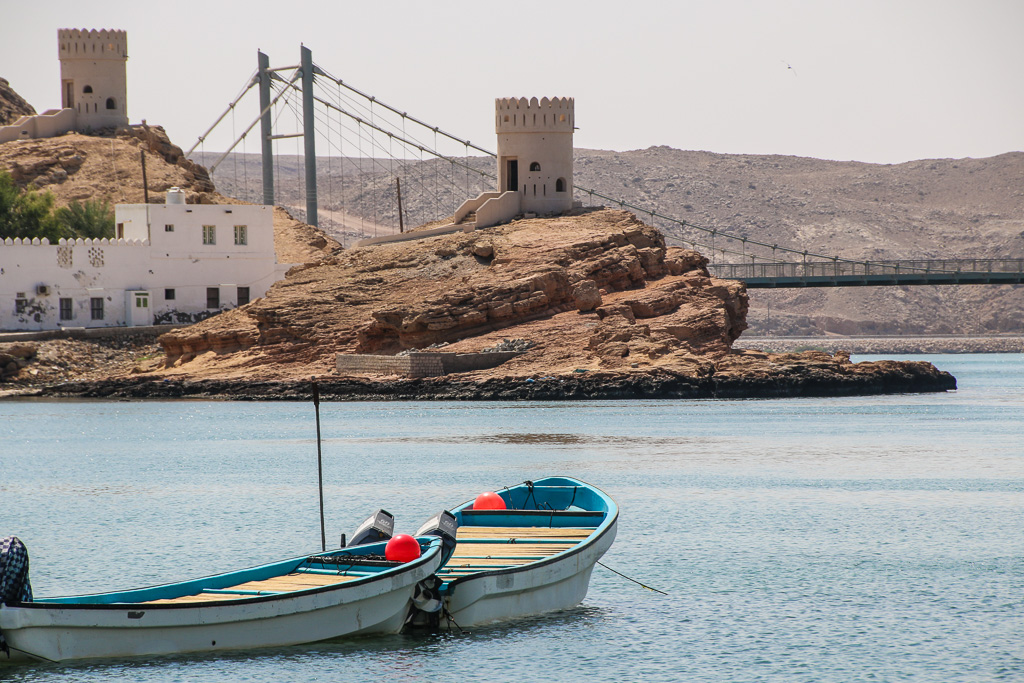 Sur Oman is one of the country’s oldest trading ports.

The coastal city is found south of the capital Muscat, along the wind swept and stony shores of the Gulf of Oman.

The city is known for its seafaring. Traders and sailors have called into Sur for centuries, and the city is even by some accounts the home of Sinbad, that legendary, mythical Arabian Sailor- although Sohar, another Omani city, also claims Sinbad as their own, as I also expect many other Arabian cities do too.

While the legend of Sinbad is just that- a legend– what is indisputable is Sur’s long connection to the sea. I travelled to Sur to uncover the last of the Dhow builders, known across Arabia for their sturdy ships, and to explore the forts and watchtowers of the coastal city. 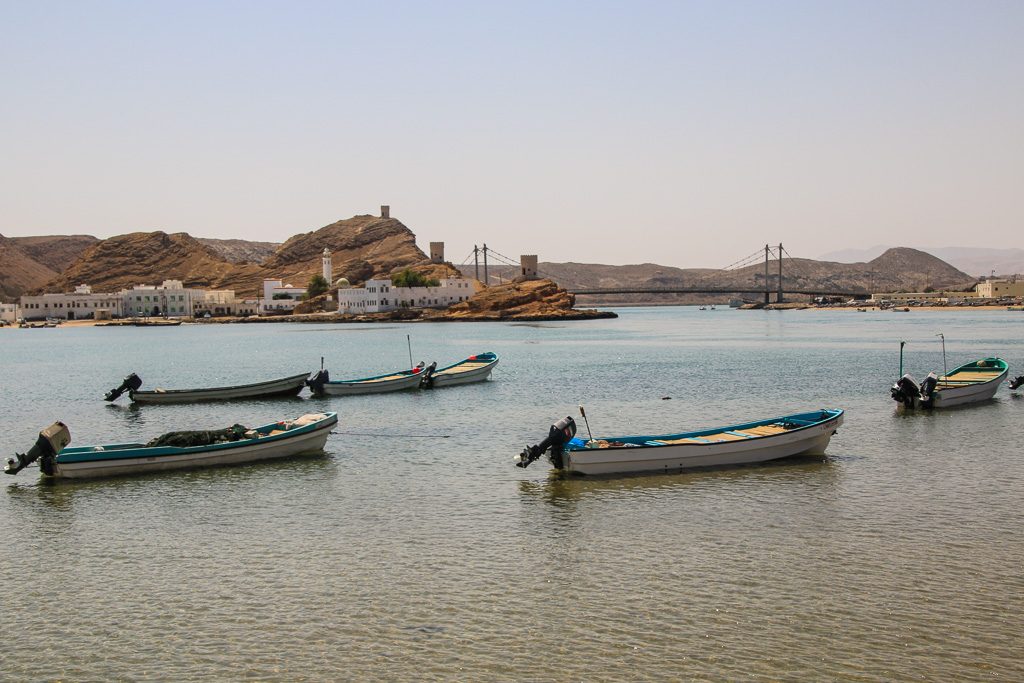 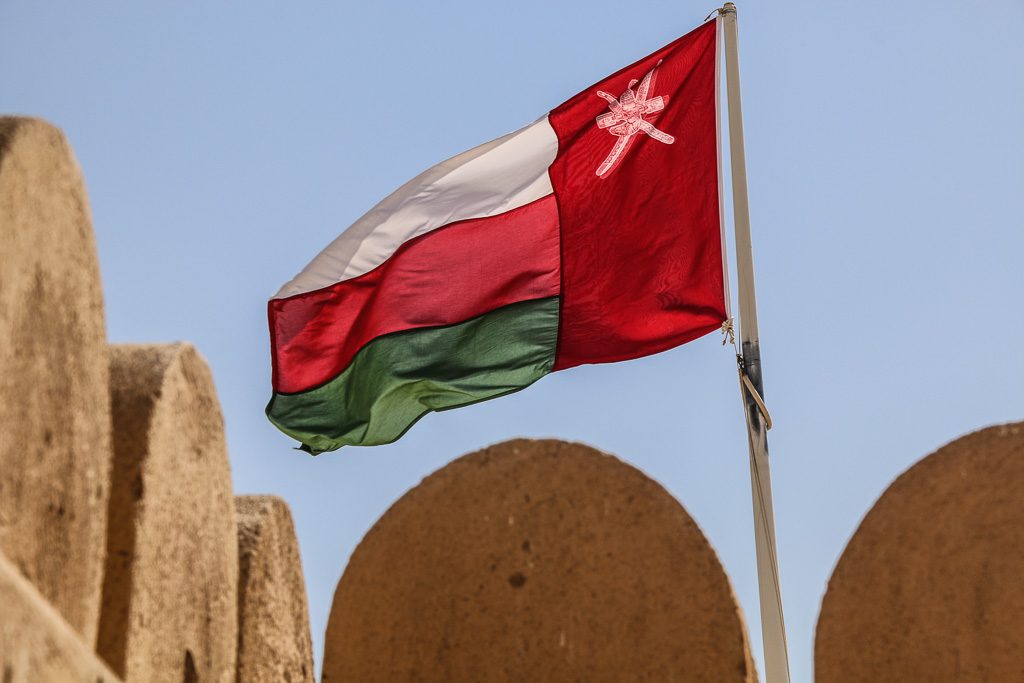 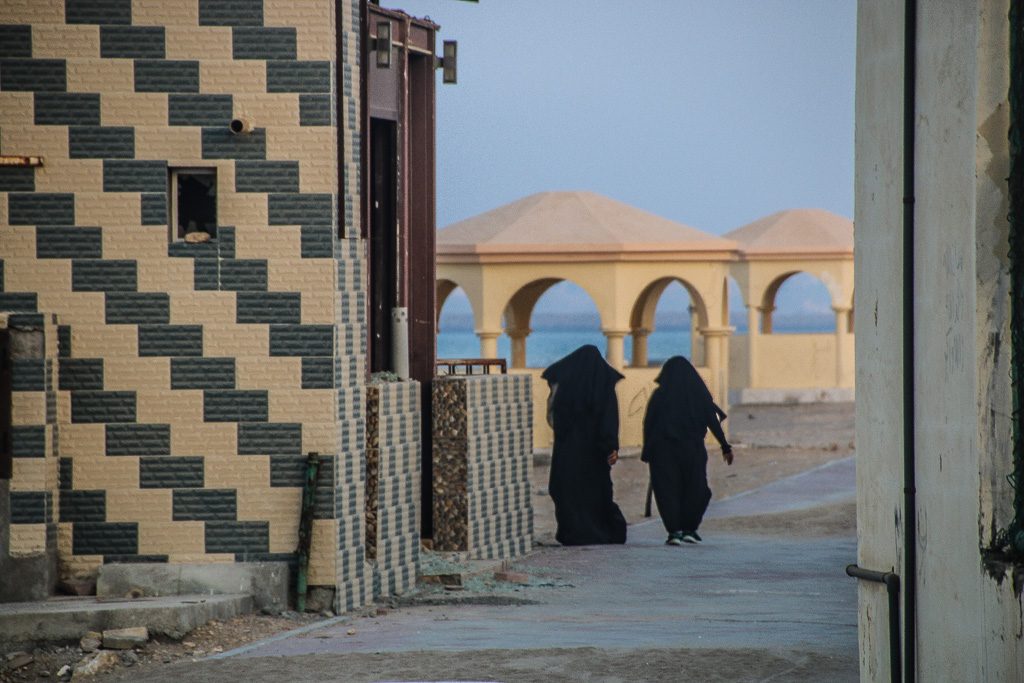 I had driven south from Muscat, along the new, fast three lane highway which connects the two cities through mountains and across desert. Before the roads were built, the fastest route between Muscat and Sur would have been via the sea lanes, the old highways of the Gulf of Oman connecting the coastal cities with trade, news and wealth.

Sur’s position on the coast, in prime position to attract traders from India, Africa and Arabia, led it to grow wealthy, and led the city to become a centre for shipbuilding to allow for that trade to continue.

I was met on my drive into the city by sweeping views over the Gulf of Oman. The long coastline stretched into the distance, while on display too was the modern wealth generator of the city- the natural gas refinery.

As with much of Oman, old ways of life here are being replaced by new economic means- with natural resources being exploited in Sur as across the country- but the city has still managed to preserve its traditions and heritage, alongside its strive to modernise, and it was these traditions and heritage I was looking for. 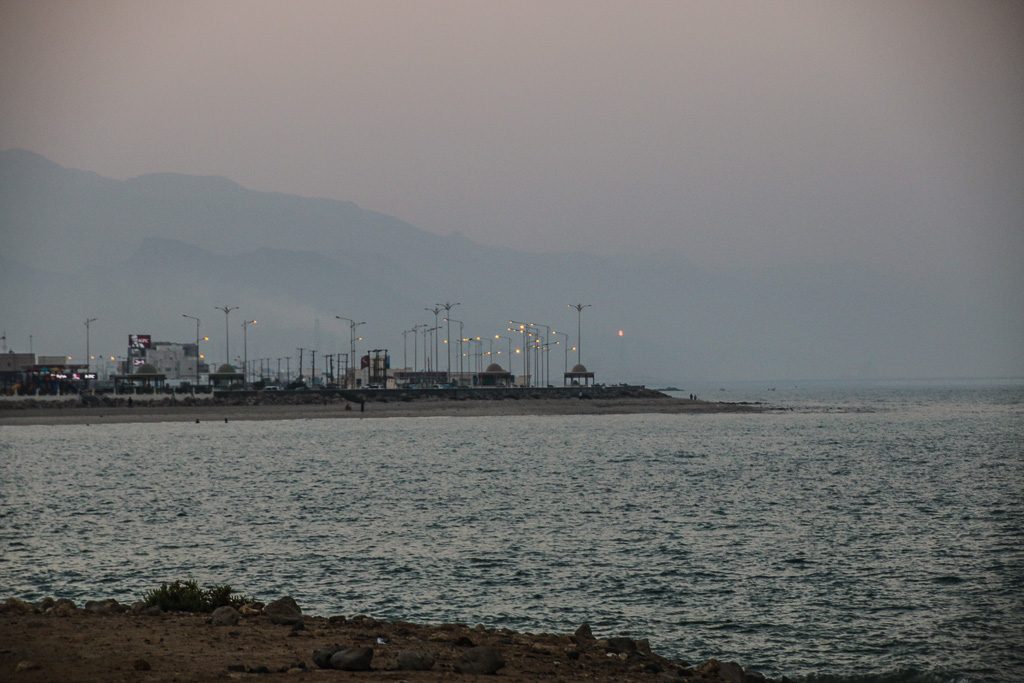 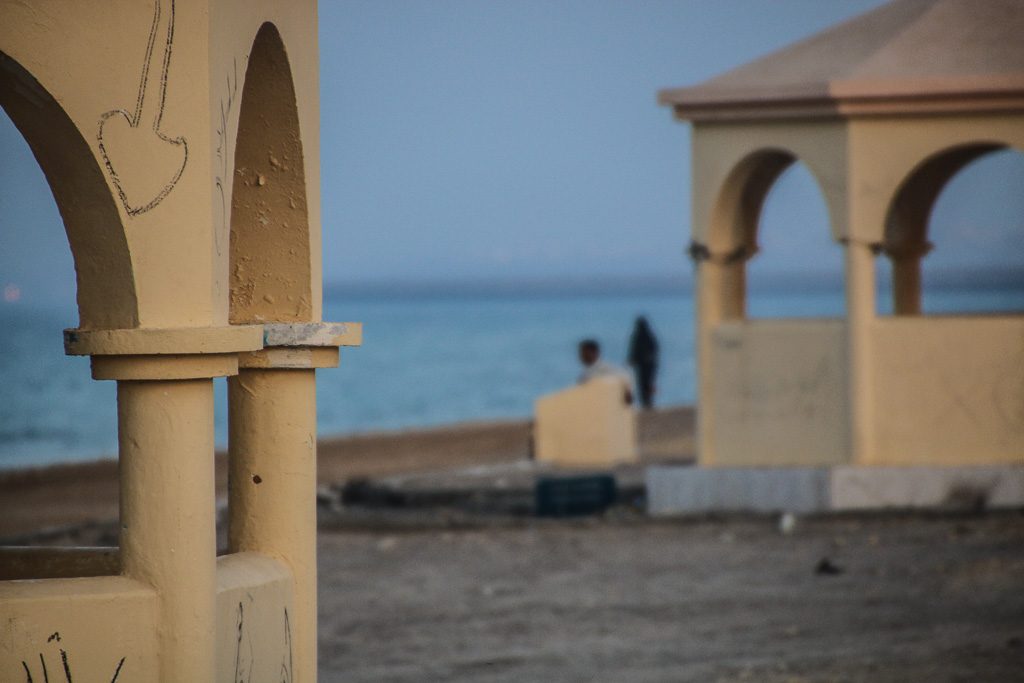 I started my visit to Sur along the coast, watching the waves wash over the sands as the sun set, while locals swam in the water and the call to prayer echoed around the streets.

The following morning, I was up early to escape the heat, and my first stop was the Sunaysilah Fort a structure built in the 16th Century by a local Sultan to defend the city and to cement Sur’s importance, and a fort that in the last few years was heavily renovated and repaired by Oman’s Ministry of Culture as the country recognises the need to preserve its architecture and its heritage.

The fort cuts an imposing shape over the Sur skyline, its square shape and tall watch towers a robust symmetrical form that looks out over the city and far into the sea beyond. 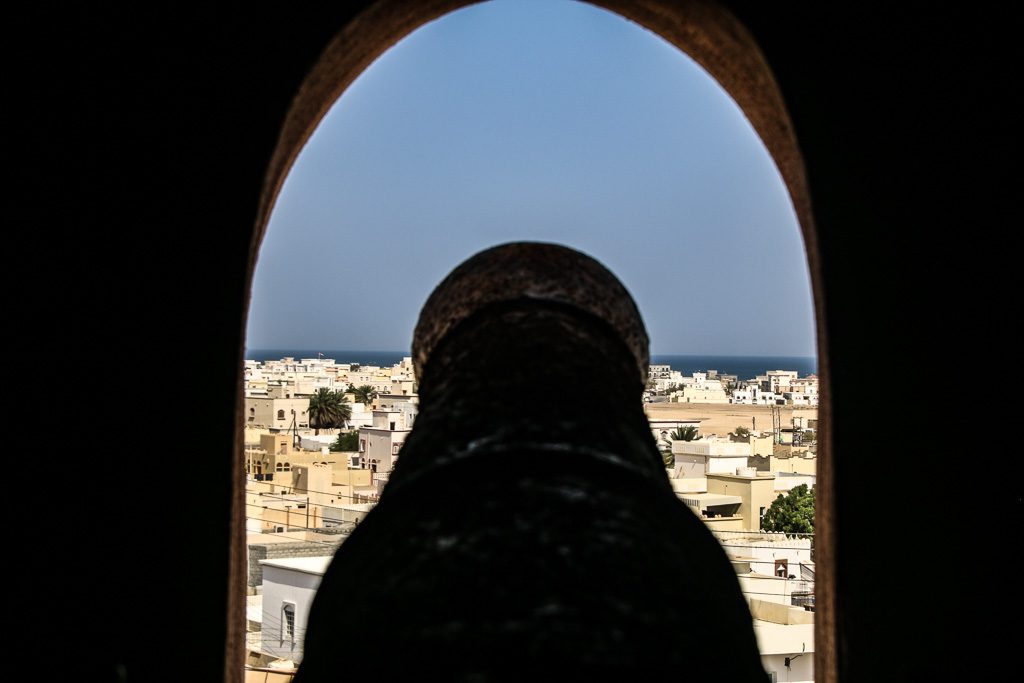 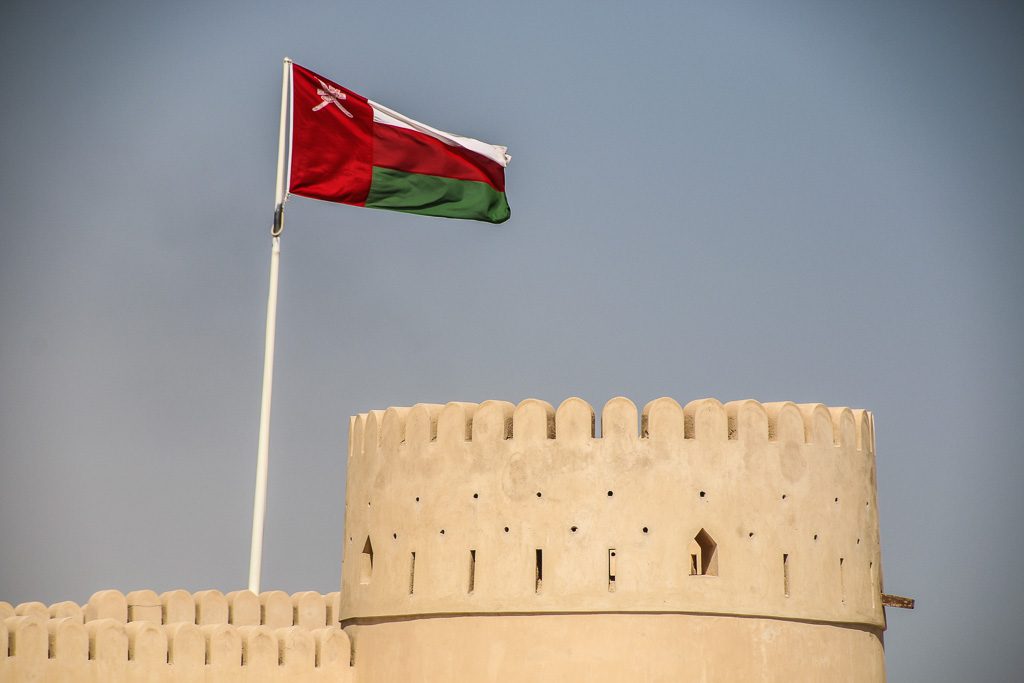 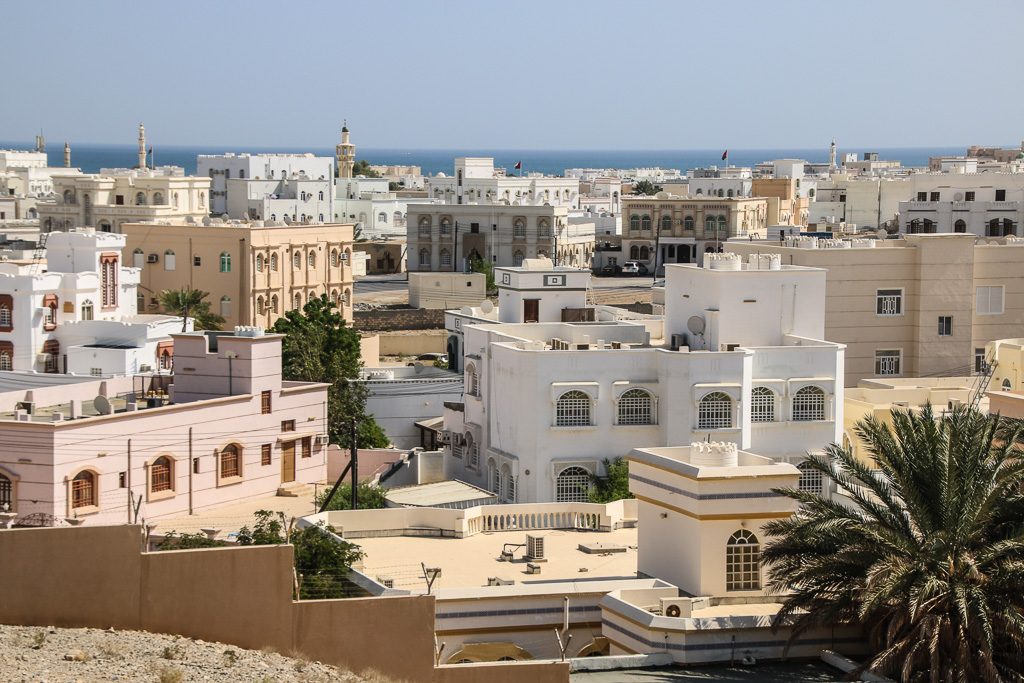 The Watchtowers And Lighthouses Of Al Ayjah

After viewing the city of Sur Oman from the Sunaysilah Fort I headed back to the coastline, following the shore to the old town and to the city’s lagoon and natural harbour.

A large, modern suspension bridge connects the old area of Al Ayjah to the rest of the city of Sur, crossing the harbour into the narrow streets and maze of houses, mosques and old buildings. 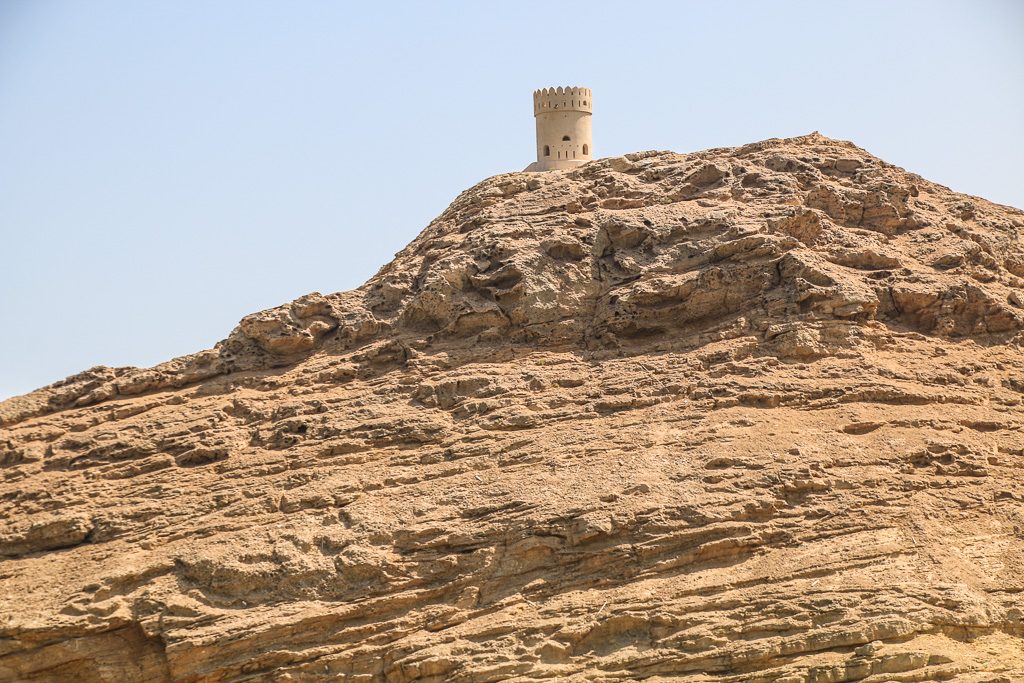 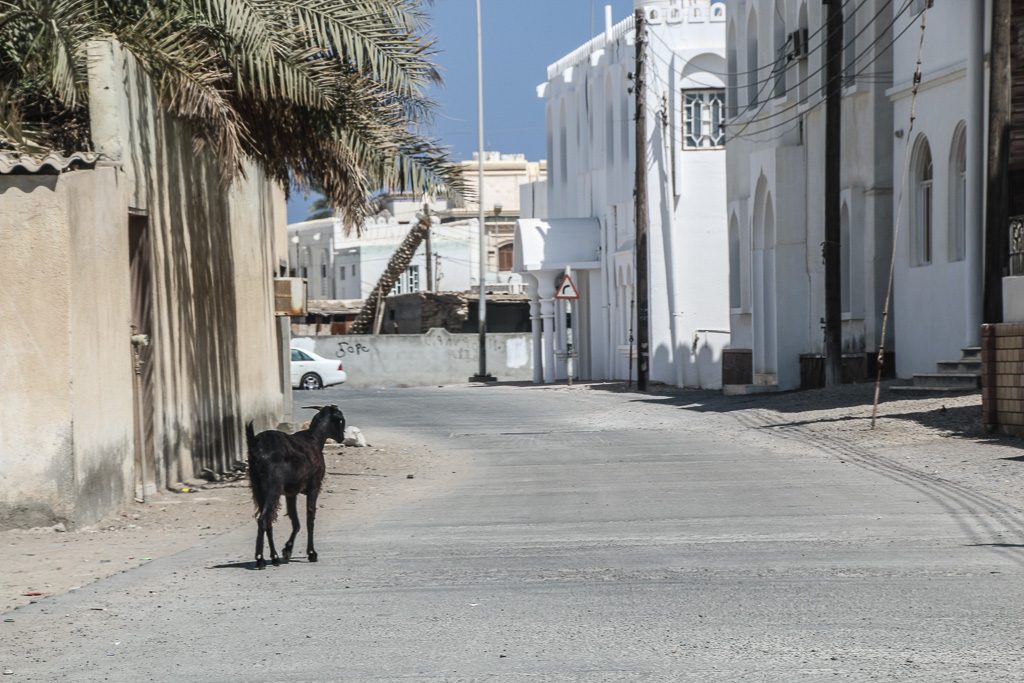 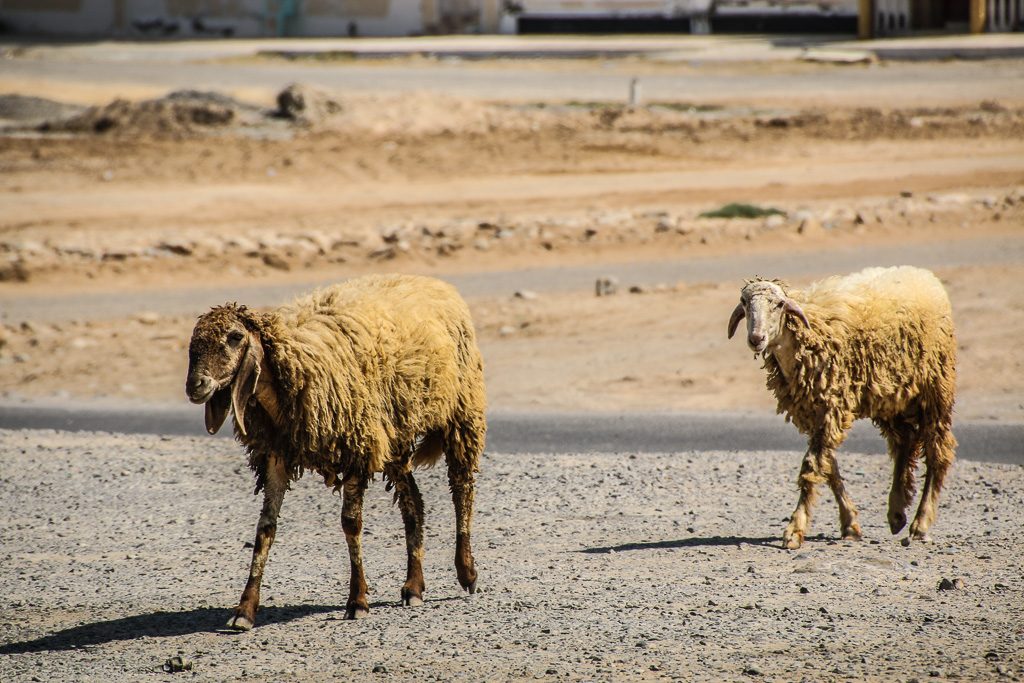 Goats and sheep wandered freely on the duty streets, while along the water’s edge fishermen untangled nets and launched their motorboats out onto the water.

Surrounding this harbour were the watchtowers and lighthouses of Sur. These structures have for centuries stood guard over the city, shadowing generations of fishermen, traders and sailors who called in to the port and lived and worked here. 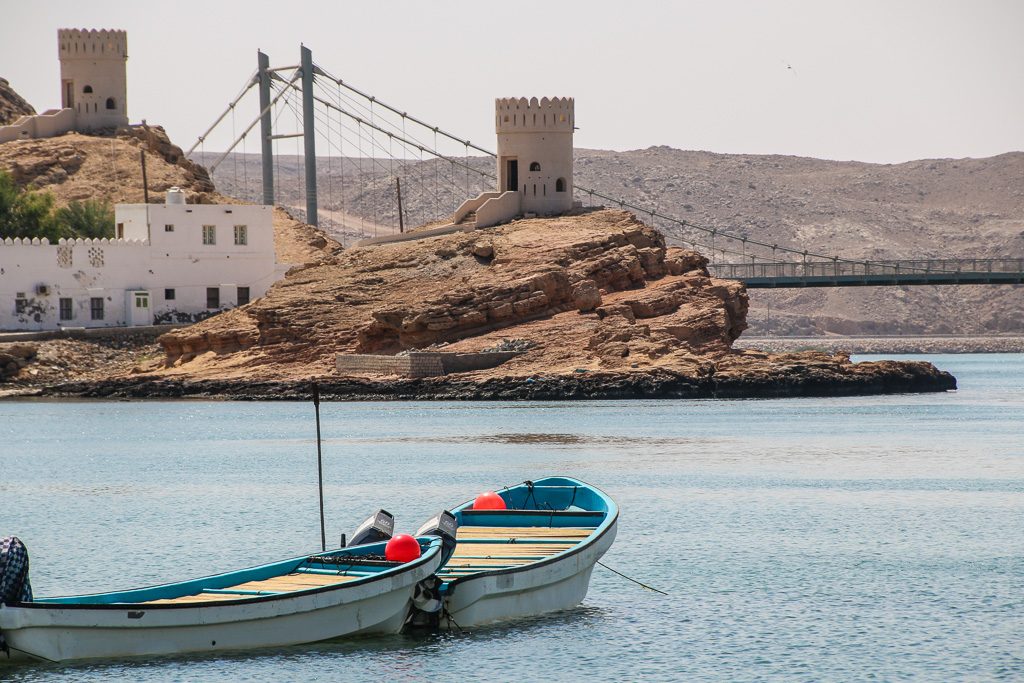 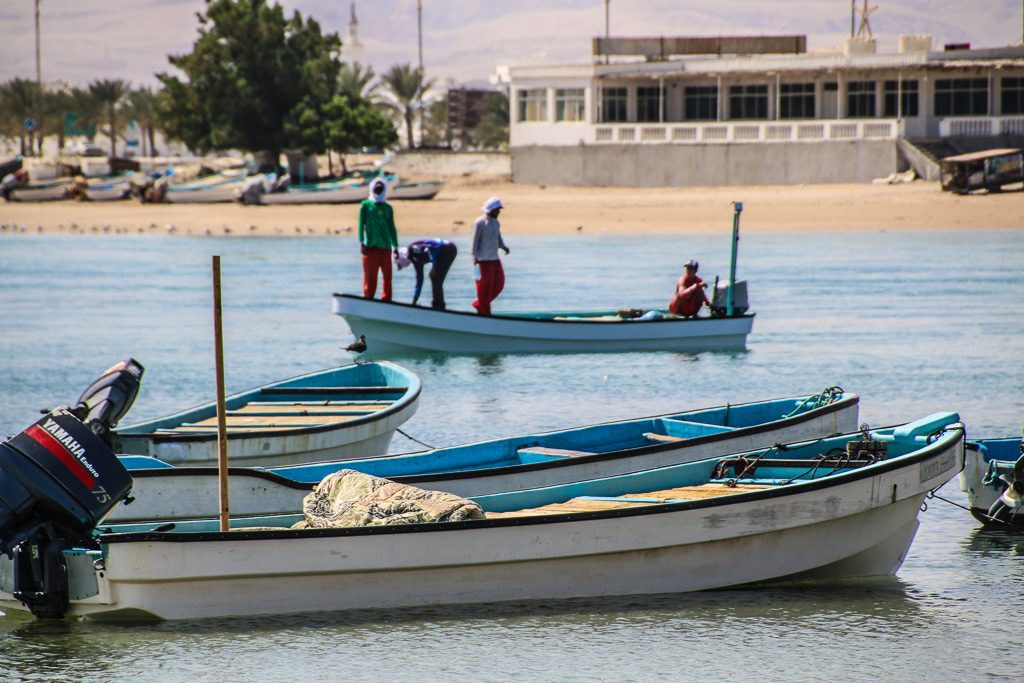 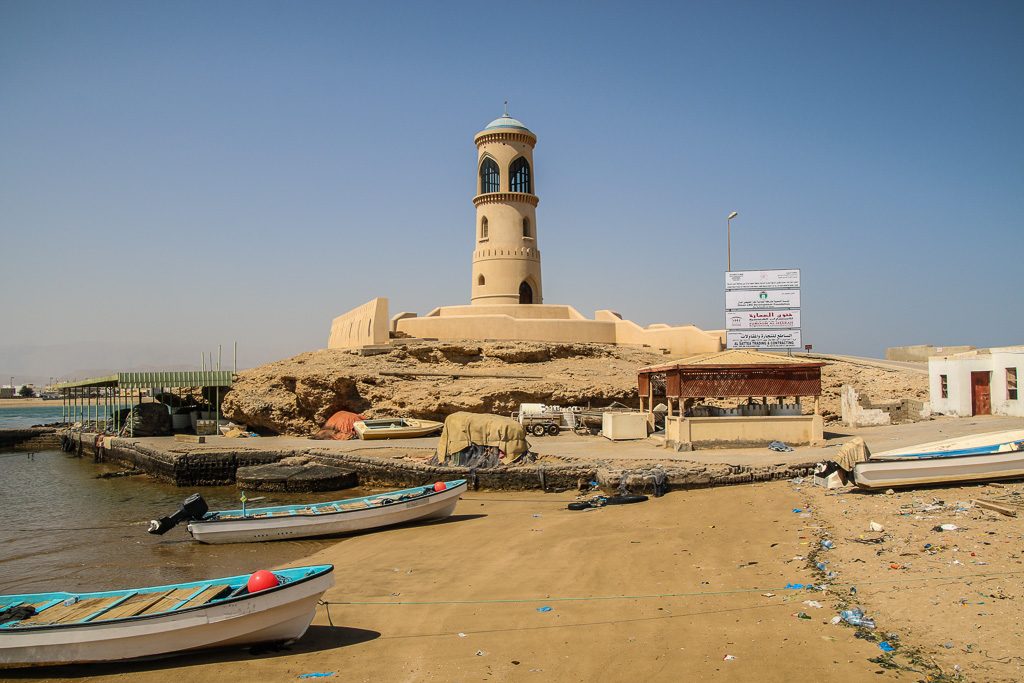 The Traditional Dhow Builders Of Sur

The fishermen readying their boats in the harbour were readying speed boats. Small, fast boats with outboard motors to race along the coast to the prime spots. These boats long ago took over the role of the traditional Omani Dhow boats that were used for centuries, and that were constructed for centuries here in Sur.

Dhows are the traditional ships of Oman, and in various shape, size or design, the traditional ships of much of Arabia too. These long wooden ships were painstakingly crafted by hand from the finest timber that could be found, and the craftsmen of Sur became famous for the quality of their Dhows, and the quality of their Dhows ensured the success of Sur as an ocean trading city.

Today, the practical use of Dhows as fishing boats, trading ships or long distance transport has dwindled. Modern ships and motors have replaced the need for them. Dhows today, are used as tourist vessels and for sightseeing tours along the coast- like this trip I took in Muscat–  and consequently, the demand for hand crafted, traditional boats to be crafted in Sur dwindled also. 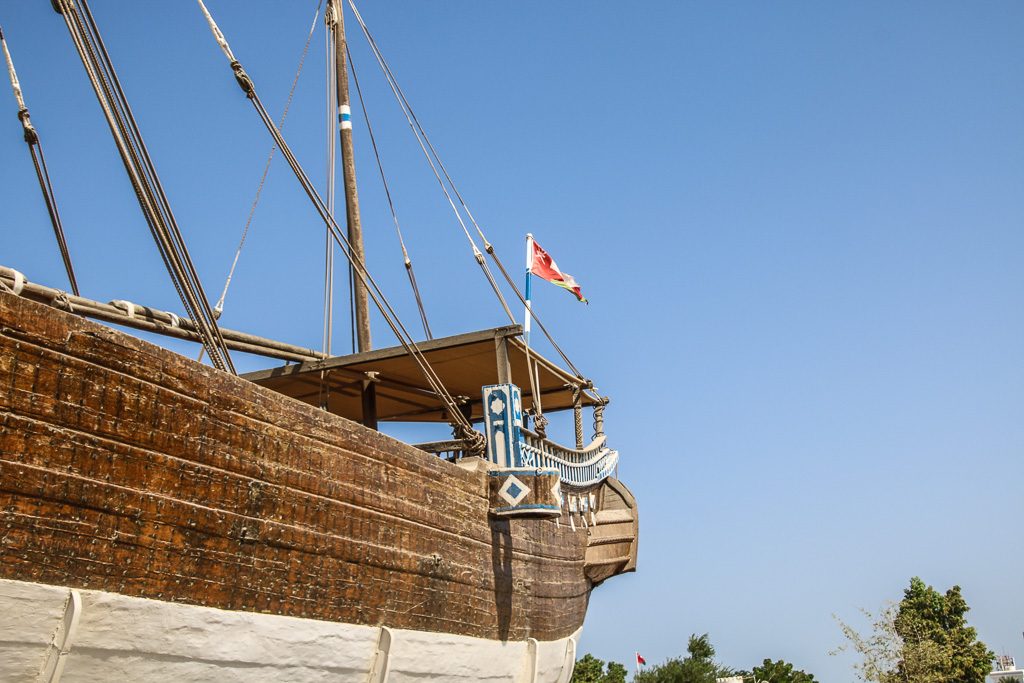 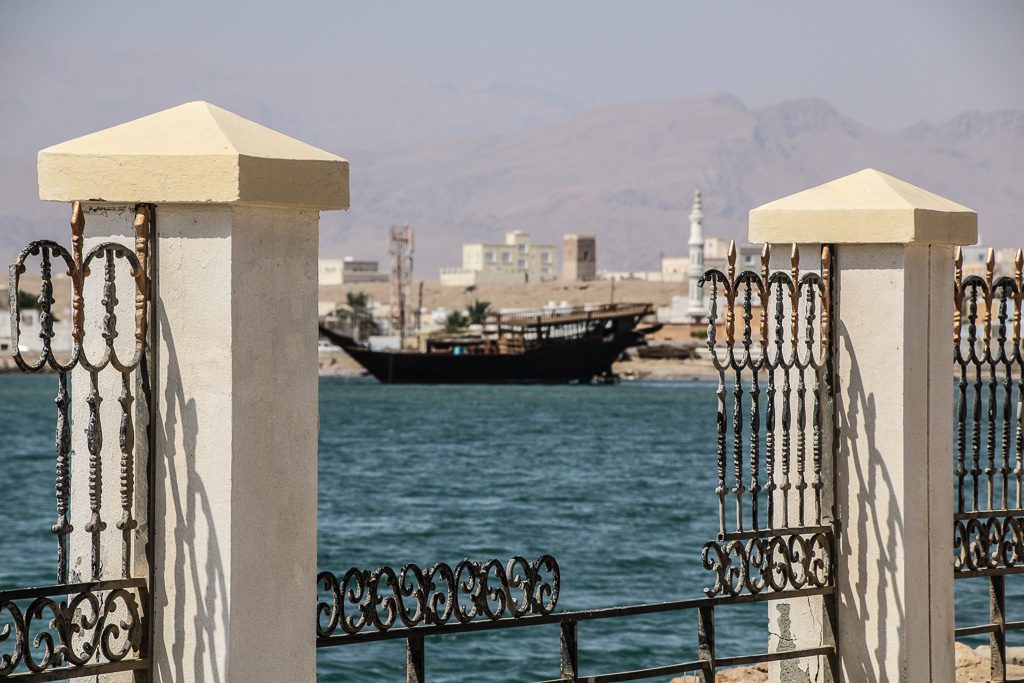 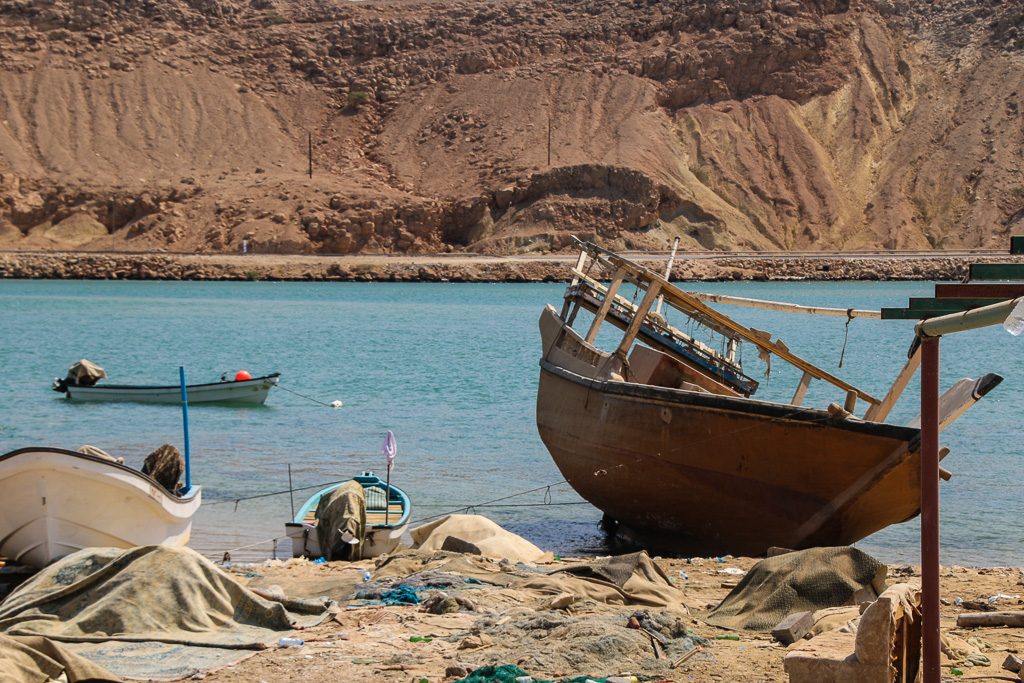 But the efforts to preserve Omani heritage and traditions, even if it is simply through tourism, have ensured that there is still some demand for these old boats to be constructed, and in Sur, a few craftsmen still operate Dhow ship building yards along the water’s edge as their ancestors did for centuries before them.

On the other side of the bridge, away from the harbour, I found the shipyards in action. The sound of hammers and sawing rang out across the water, and along the edge of the estuary were the half finished hulks of traditional Dhow boats.

Several shipyards were strung out next to each other, and men were hard at work in the sun slowly crafting together the boats.

The boats here are still made using traditional methods, and are handcrafted mostly by hand by these dedicated craftsmen, who are still continuing the reputation of Sur as a proud seafaring city that was built over centuries. 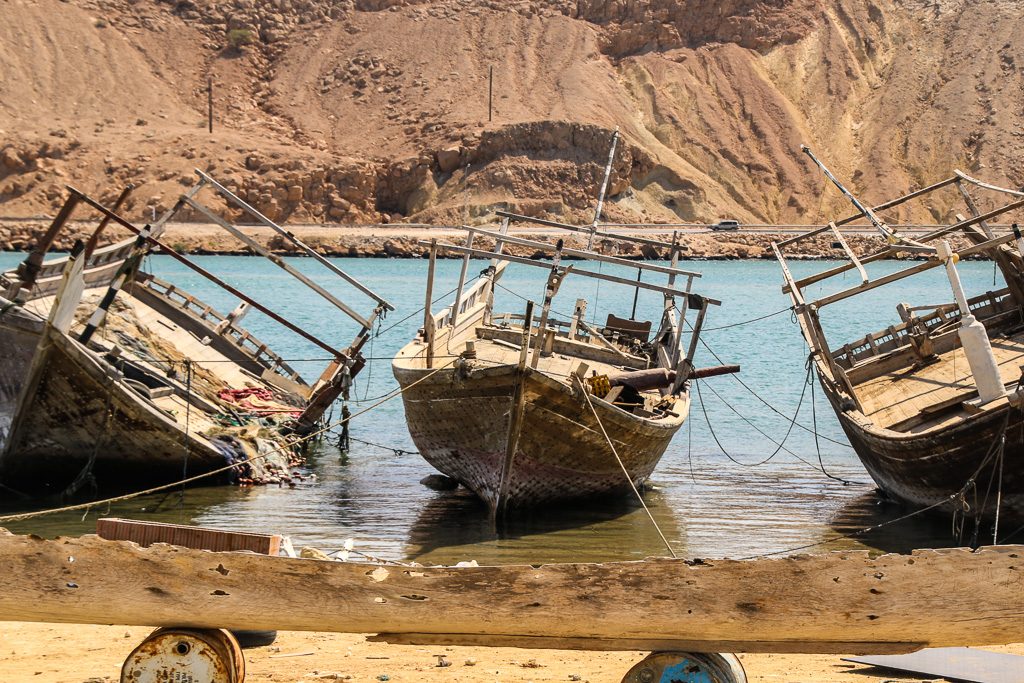 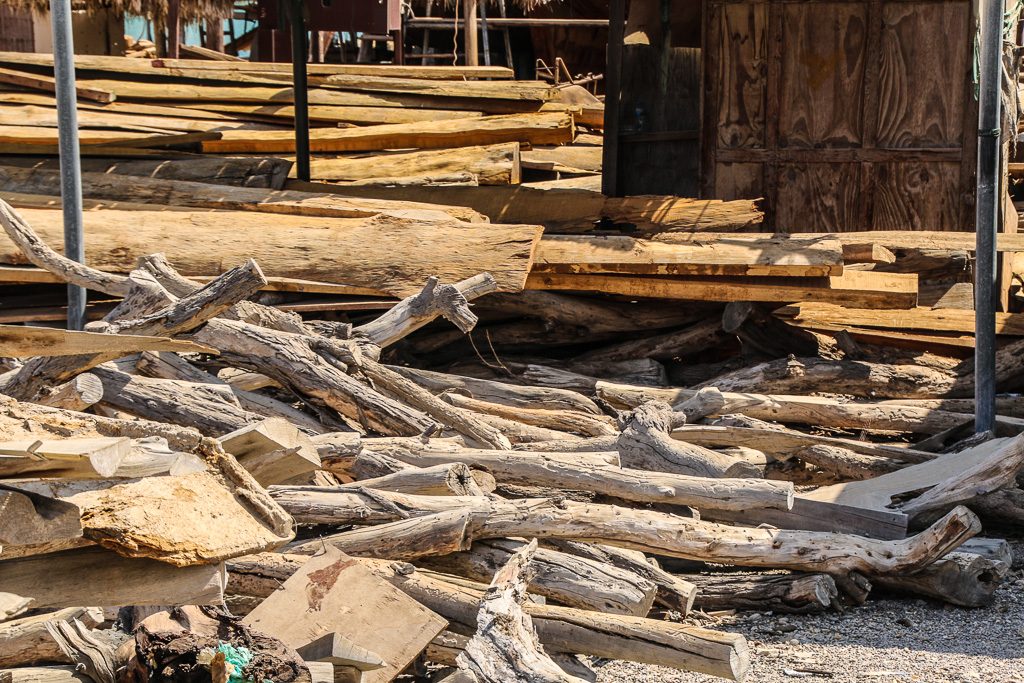 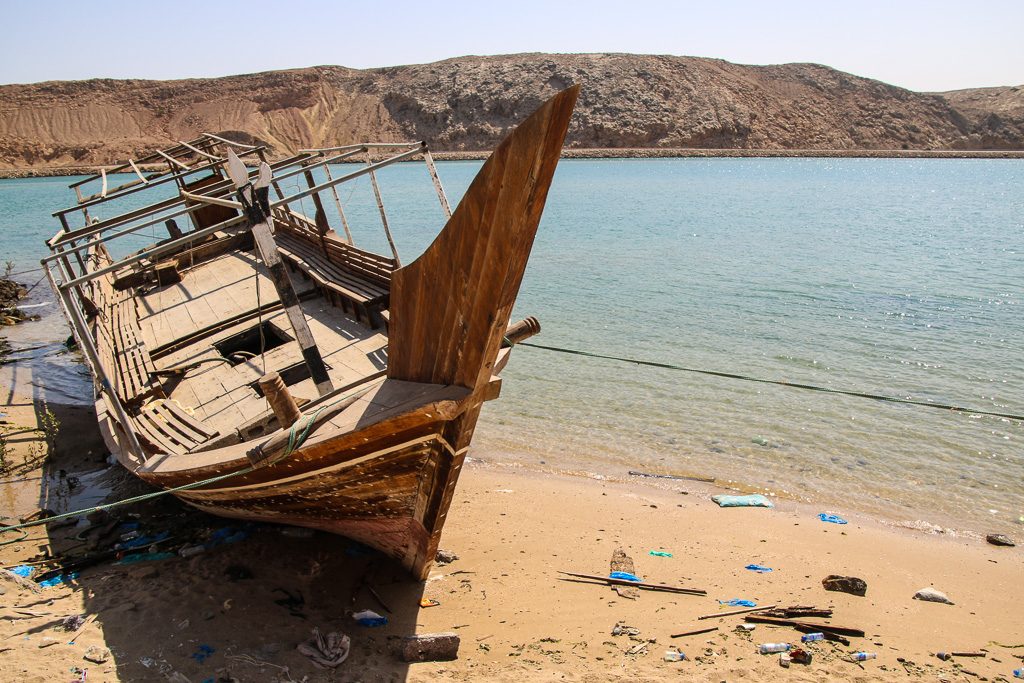 From Sur To The Turtles Of Ras Al Jinz

Sur is a city that has managed to preserve its traditional architecture, culture and heritage while at the same time changing so quickly that visitors from even a few decades ago would hardly recognise it.

The traditional Dhow boats are still painstakingly constructed on the water’s edge, and fishermen still travel out daily- although using a different means of transport- into the Gulf of Oman to fish the seas as the inhabitants of Sur have always done.

For me though, this was just a fleeting glimpse into the world maritime history and the cultural heritage of Sur Oman, and I was soon back on the road, heading south along the coast in search this time, of nature, as I travelled towards the turtle nesting grounds of Ras al Jinz, to see for myself a marine animal that has played an important tole in Omani history.

That though, is a story for another article.

How To Travel To Sur Oman

Travelling to Sur? Then why not support this blog by booking your accommodation through our partners at Booking.com! There’s no extra charge to you, the customer, but you’ll help me to keep creating more awesome content like this! Just click HERE!

If you loved this article about Wadi Bani Khalid, then why not have a read of my experience swimming at the Bimmah Sinkhole in Oman! You can find that article HERE!

Is Khasab The Most Spectacular Place In Oman?