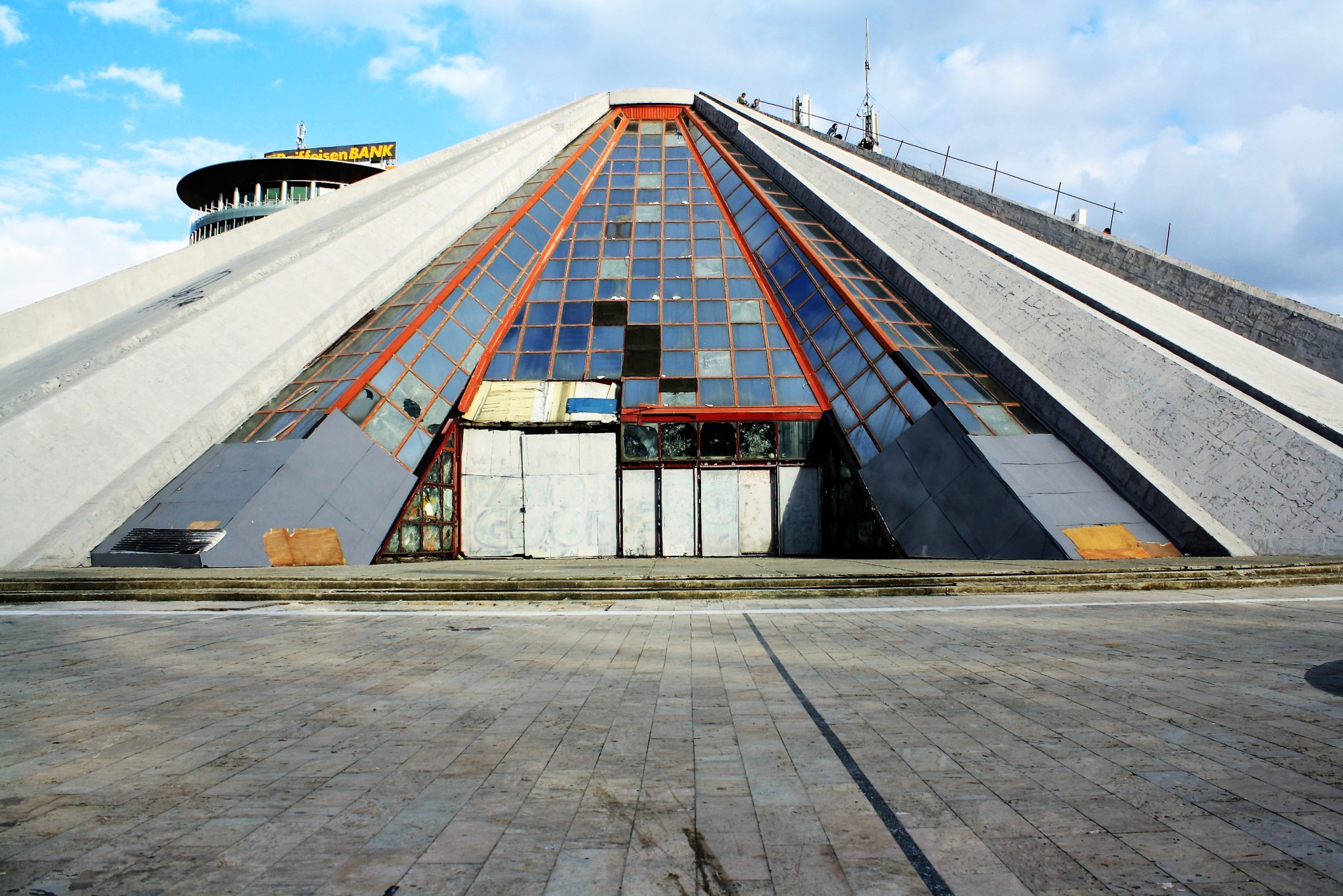 “Man, I love this country! Something crazy’s always happening!”

My guide was on edge as he weaved the car through the mad, mad traffic of Tirana, on edge for fear of crashing and with pure, reckless joy at the mayhem he was part of it. There are no rules in Albania, least of all on the roads.

I’d just made the ride south from the Montenegrin capital of Podgorica, and was entering the Albanian capital of Tirana, more than on edge myself in the back seat as the chaos enveloped all on the road. It was, quite literally, a car crash just waiting to destroy everything. 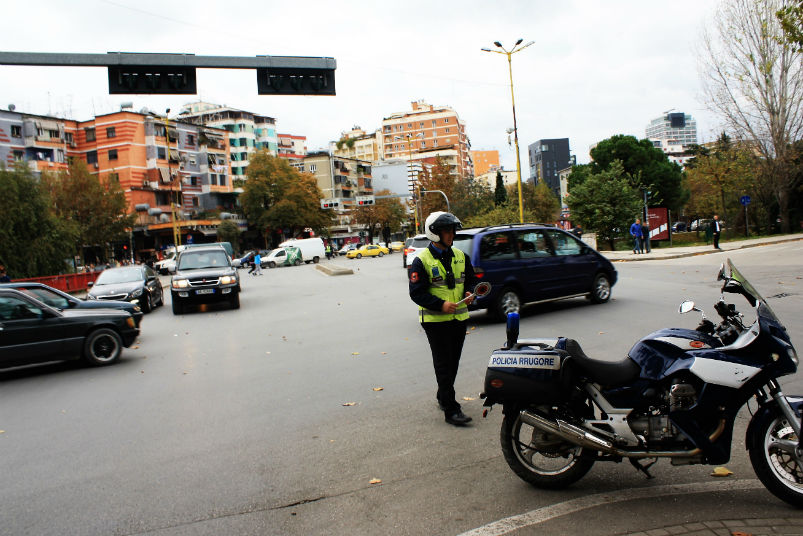 The police step in to contain the chaos

Despite the fact it’s only a few hours between these two large Balkan cities, fairly major ones at that too, for reasons unfathomable to logic, science and the laws of the Earth itself, no direct public transport exists between the capitals. I was forced instead to take a group taxi with similarly perplexed travellers, while our driver guide gave us an enthusiastic commentary on every bizarre feature of the country we were now in. And in Albania, something crazy was definitely always happening. 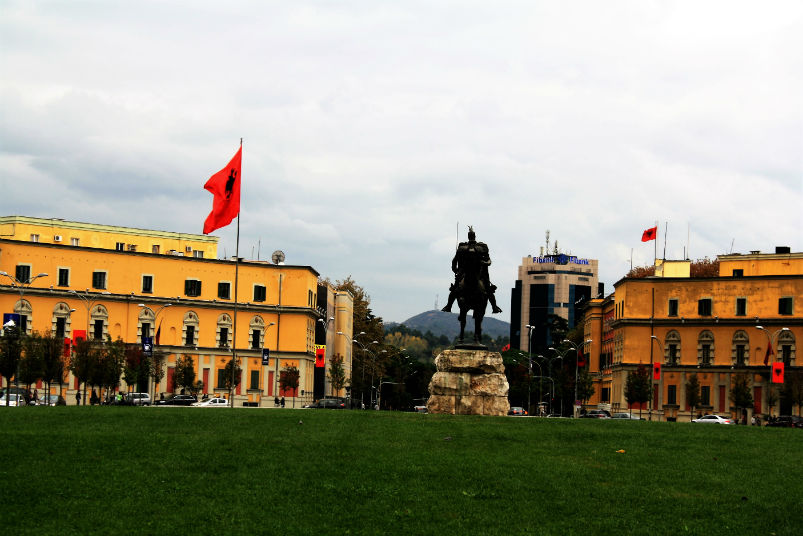 “All these markings are new”, our driver exclaimed with strange astonishment. Not that any car on the road was taking any notice of the road markings, as bright and freshly painted as they were. A few cars weren’t even sticking to the concept of the road itself, preferring to opt for the less congested pavement instead. A wise move for the driver, but not so welcomed by the pedestrian however. 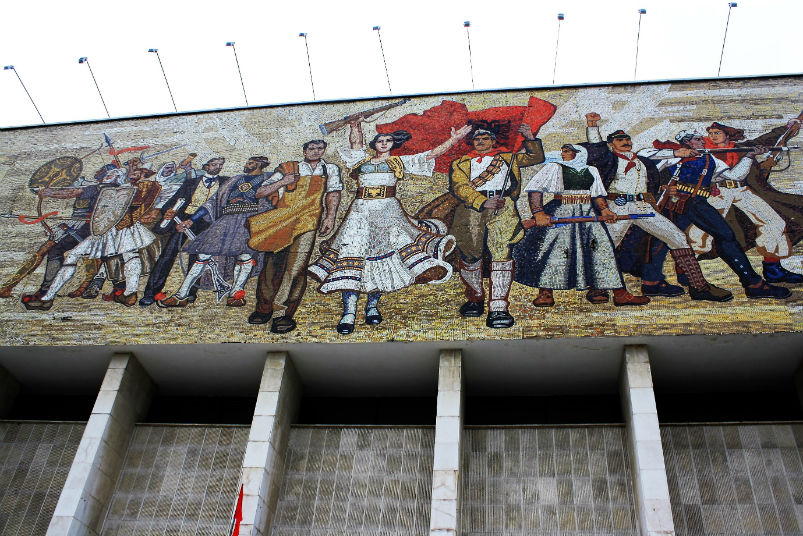 ‘Oh the socialism’, The National Museum of Albania

We suddenly halted, causing a chain of sudden halts far behind us as we hit a roundabout. Our driver took a deep breath, then hurled us straight into the madness. Where it looked like there was no space, he simply aimed the car and parted the traffic. It was miraculous. Miraculous that we made it to the other side. 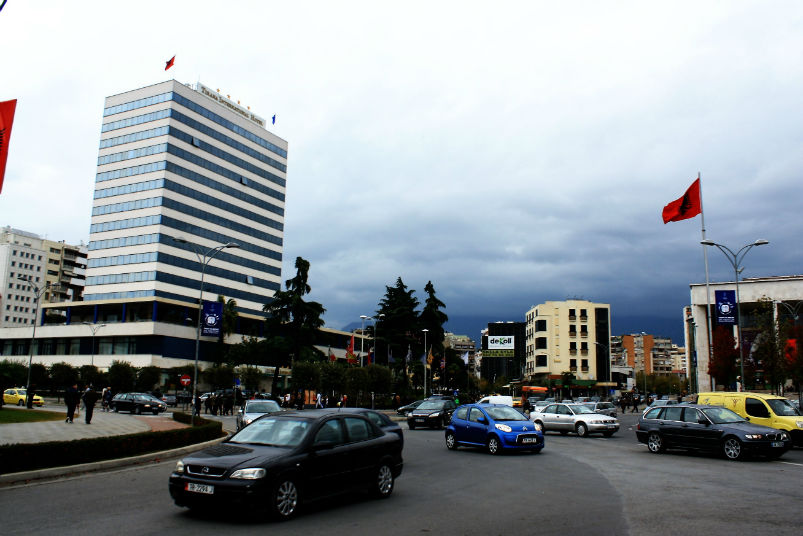 Albania suffered more than most of the Balkan nations during the socialist days, being under the brutal communist regime of Enver Hoxha, a man who believed the Soviet Union itself was too liberal. I would later hear the dark years of the regime likened to conditions still prevalent in North Korea and of how Tito, in neighbouring Yugoslavia, was incredibly benevolent in comparison to the rule of Hoxha. Albanians even joked that they had the cleanest country in the world under communism, but only because they had nothing to throw away.

Even ownership of cars was forbidden- only the top party officials were allowed to drive. These same fellows even cordoned off a whole area of Tirana, called Blloku, or ‘The Block’, and with true socialist equality banned mere peasants from even walking on the streets here. Now the area is home to some rather upmarket night life, and anyone can visit, although they just might not be able to all afford a drink. 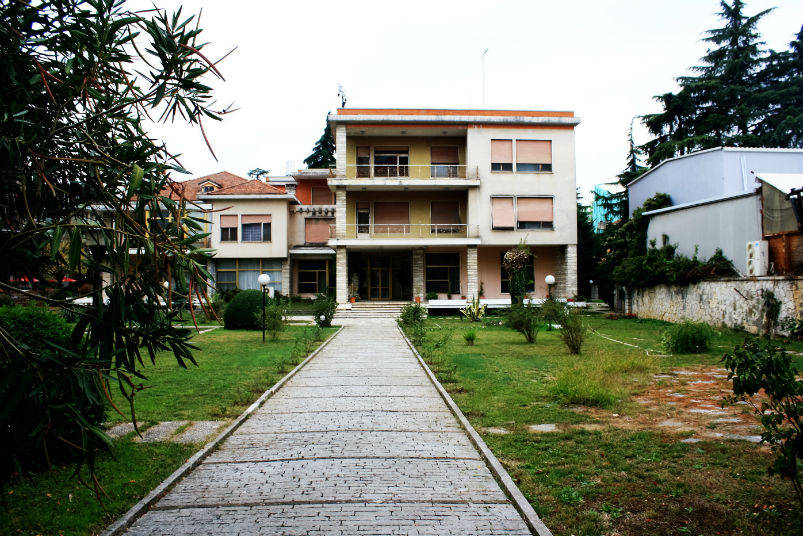 This repressive regime explained somewhat the mad road conditions that were now threatening to be the end of us all. The average Albanians has only had the freedom to drive since the fall of communism, and they were still getting the hang of things by the look of it.

After the death of their dictator, a giant, concrete pyramid was constructed in honour of the man, but still, things didn’t get much better- even with the shiny new pyramid in central Tirana. 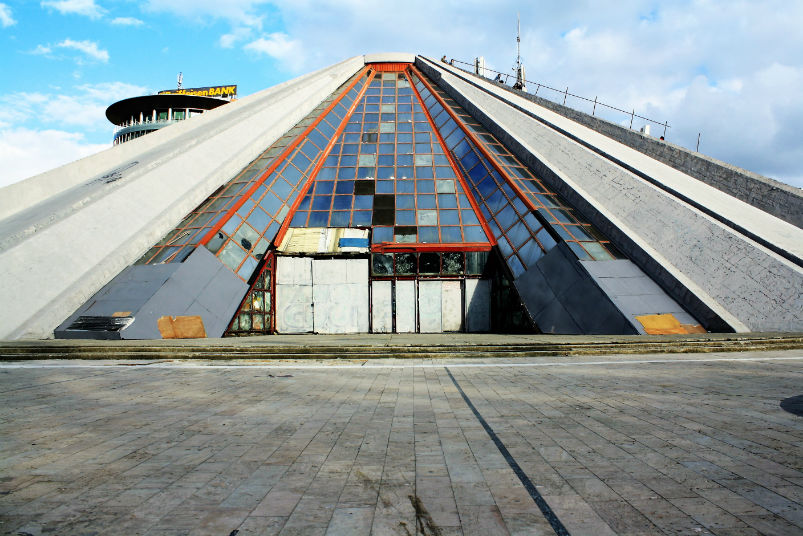 Personal liberties were still being crushed by the iron boot of the communists, and Hoxha had squandered huge quantities of scant resources in a maniacally paranoid scheme of construction which saw over 750,000 military bunkers constructed across Albania. Having alienated the country from, well, every other country in the entire world, Hoxha was in a way justly right to be terrified of an invasion.

In the car I was wondering if it would be safer to be in one of the bunkers than on the road. Perhaps they still had a useful purpose after all in the chaotic post-communist world that is Albania. Every so often a horse and cart would slow the traffic down, but increase the erratic nature of the drivers. At least the crash would be slower with the animals of Tirana clogging the infrastructure however. 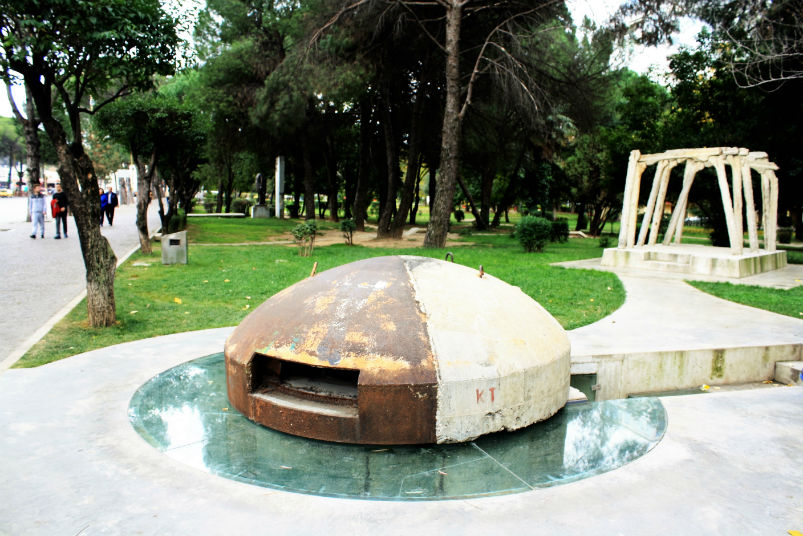 A preserved bunker in Tirana

After the fall of communism in 1991, the citizens of a new and free Albania struggled to cope with the realities of capitalism. In a bizarre, yet horrifically ironic twist reminiscent of the pyramid the deceased tyrant was enshrined in, the nation fell victim to opportunistic Ponzi schemes which economically destroyed an already fragile country. Riots and rebellions followed, with local citizens arming themselves and demanding change. 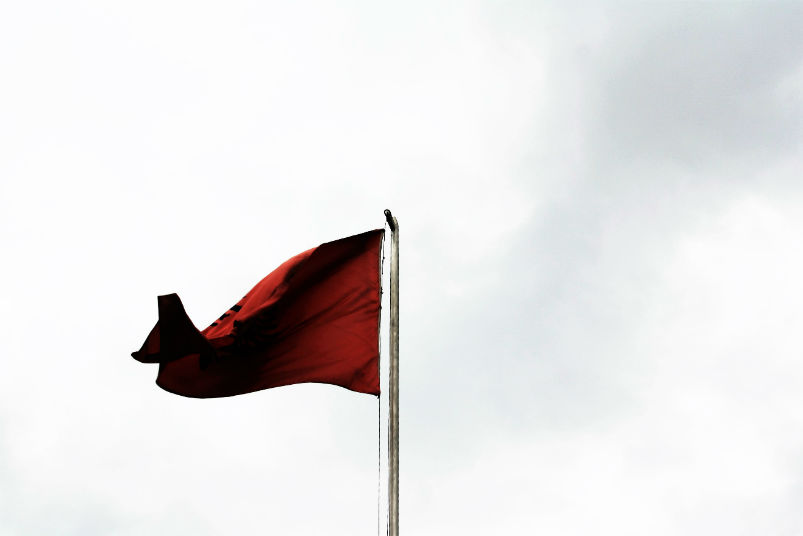 The Albanian flag flies proudly in the wind

Change there was. A new constitution, a new government and a hardened but maturer country threw themselves at the world. While I sat terrified in the back seat of a car as we raced through the turbulent traffic of Tirana, I knew later, once away from the mayhem, that this was simply a new nation, exploring, if dangerously, the new opportunities they had in a better world, and that included cars. Once they get the hang of the road markings and traffic lights, they might also have a safer world too. Or maybe that’s just the view of a health and safety minded Westerner, shit scared in the back of an Albanian car.

For more life and death adventures in the Balkans, then why not read about my Rakija fuelled tripped to the Montenegrin town of Kotor?