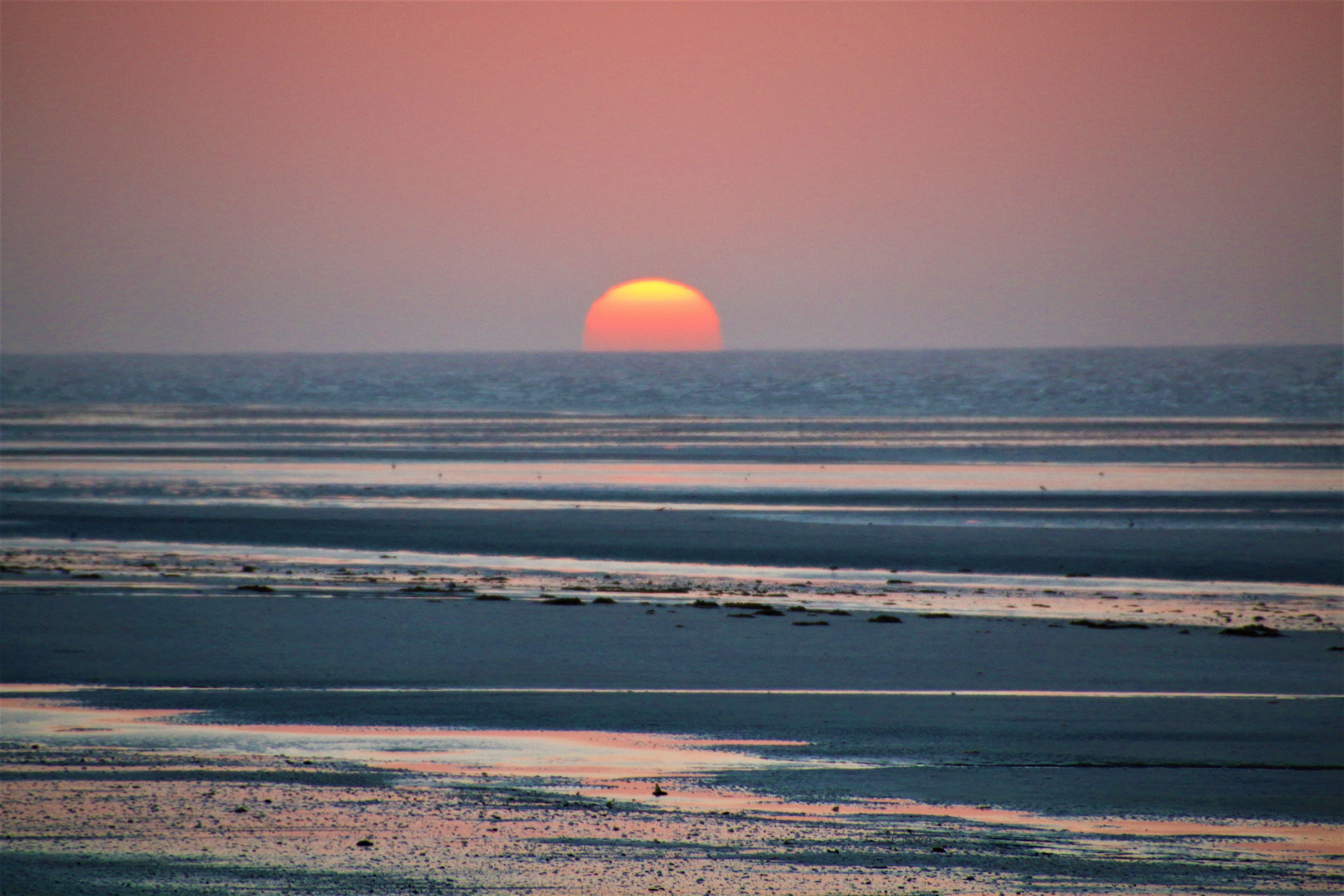 Port Hedland WA isn’t exactly one of those destinations that you’d ever go out of your way to visit, because this obscure mining town in remote Western Australia doesn’t exactly have a booming tourism scene.

Port Hedland is one of those places on the north-west coast that you pass through, that you use as a resupply point on a road trip or that you use as a stop-off because there’s not much else around for hundreds of miles.

There’s more to this industrial harbour though than you might at first realise, and Port Hedland has a weird allure, particularly when you haven’t seen a big town in the vastness of the Pilbarra deserts for days.

And, if you’re going to stop off for supplies, then you may as well hang around and see the sights too.

Here are the best things to do in Port Hedland, Western Australia!

A Brief History of Port Hedland

Port Hedland is a new, industrial town, and with almost 15,000 people, it’s the second-largest settlement in the Pilbarra, after the equally industrial Karratha.

The town was settled in the late 19th century by European settlers who began colonising the north-west coast of WA, during the gold rush days. Before the arrival of Europeans, Port Hedland had been for thousands of years known by the indigenous communities as Kariyarra.

Unlike gold mining boomtowns such as Kalgoorlie in the south, this isolated port remained small until the 1960s when the Pilbarra experienced a huge mining boom when iron ore began to be exported from the inland mountain ranges.

Port Hedland had the perfect harbour and was in the perfect position to accommodate the huge iron ore trains and to ship the iron ore out across the world. Since then, Port Hedland has been all about the mining industry, and that isn’t going to stop anytime soon.

Where is Port Hedland?

For many, Port Hedland is simply a stop on the long North West Coastal Highway that heads all the way from Perth to Broome and then carries on towards Darwin in the Northern Territory.

The town is located around 1700 kilometres from Perth – that’s a long way from the state capital – and most travellers will pass through only if they are undertaking a longer road trip through WA.

Port Hedland WA is found around a third of the way between Exmouth and Broome, and is really the last major stop on the highway, before Broome itself. If you are travelling through Karijini National Park, then Port Hedland is found at the intersection of the North West Coastal Highway and the Great Northern Highway, and again makes for an excellent stop-off point.

With such vast distances between destinations in the Pilbarra, then there’s little chance you won’t be pulling into Port Hedland if you’re road-tripping through this part of Australia!

Things to do in Port Hedland

There are many more things to do in Port Hedland than it may at first seem like, and it’s a pleasant enough town to spend a day or two exploring. There are natural sights, as well as big industrial sights to see too, making for an unusual mix of attractions.

Here are the best things to do in Port Hedland!

The most impressive man-made sight in Port Hedland is the harbour. This deepwater port is the reason that Port Hedland was built along the coast of the Pilbarra, and it’s one of the busiest ports in Western Australia.

You can stare out across the Indian Ocean as enormous shipping containers and iron ore freighters from across the world wait out to sea or are loaded up at the docks. If you check in with the Port Hedland Visitors Centre, you can find out what times the ships actually leave and arrive, and find out where they are from too. It’s geeky, but this is what life in the Pilbarra is like!

As well as seeing all the iron ore being loaded up from the trains onto the freighter ships in the harbour, on your way into Port Hedland you’ll be able to stare in awe at the vastness of the mining operations that take place in and around the town.

You’ll immediately notice the huge piles of salt from the salt operations that take place here too, and that is run by the big mining company Rio Tinto. These huge salt piles are just as impressive as the huge piles of iron ore, and they dwarf anyone that stands even close to them.

Mining and salting operations may not be your usual tourist attractions, but in the Pilbarra, it’s a way to understand what exactly happens far up north in this remote part of Western Australia.

The West End is Port Hedland’s historic district, the area that’s found around the harbour in the centre of the traditional part of the town.

Here you can find many restored buildings that date back to the turn of the 19th century, when Port Hedland was first founded, including historic pubs and hotels. There’s also museums, cafes, restaurants and the visitor’s centre, while you’ll often find the West End Markets in full swing here too.

If you’re looking for a great place to stay – although not on a tight budget – or just a great place to eat out and enjoy a few drinks, then the Esplanade Hotel is one of the best options in Port Hedland.

There’s a gourmet restaurant serving up a few outback specialities, as well as a great bar serving more casual food and cold pints of beer. The Esplanade Hotel is found in a historic building, that really epitomises the look of the West End in Port Hedland.

South Hedland is the new part of town, the area that’s built south of the port and that’s found directly off the Great Northern Highway.

If you’re just passing through, or only stopping off for supplies, then it’s likely that this is the only part of Port Hedland that you’ll actually see.

If you need to go shopping, then this is the place to do it. At the large shopping mall, you can find everything from McDonalds and Subway to Coles and Woolworths. It’s a long way to the next town, so stock up while you can!

Port Hedland WA isn’t just about mining though, and close to the harbour, you can actually find one of the area’s nicest beaches. Cemetery Beach is just a short walk from West End, and you’ll find grassy areas and barbecues, leading down the sandy beach.

At certain times of the year though, the Cemetery Beach is totally off-limits, because it’s one of the most important turtle nesting grounds on the north-west coast of Australia. Turtle nesting season falls between October and March each year, and local rangers will lead controlled excursions along the beach in search of the nests.

Staircase to the Moon

Another unique seasonal event that takes place along the Pilbarra’s coastline and which can be seen in Port Hedland is the Staircase to the Moon. Although this natural phenomenon is generally associated with nearby Broome, actually, it occurs all along the coast.

The phenomenon occurs when there’s a full moon, and the light causes a staircase pattern across the mudflats that are frequently found offshore in the Pilbarra. Conditions have to be right though, for you to fully experience it, and weather conditions and tides all play their role in the event.

You can generally see the Staircase to the Moon between March and October, during the dry season, and if you’re in town then it’s one of the best things to do in Port Hedland.

If you haven’t quite had enough mining action during your stay in Port Hedland, then head to the intriguing Don Rhodes Mining Museum in town where you can learn more about the region’s mining history, and all other things mining.

The museum is mostly open-air and you can find an intriguing collection of mining trains and vehicles on display.

Dalgety House is a historic building in the centre of Port Hedland, where you can learn more about the town’s early history. You can see how Port Hedland was constructed as a port town, and importantly you can learn about how the European settlers colonised the land here.

Rarely, for a museum in Western Australia, Dalgety House contributes most of its space and resources to tell the tale of the Kariyarra people, the original, Aboriginal inhabitants of the land.

Af you’re interested in the local culture, then a quirky place to visit is the Spinifex Hill Studios, which is located in South Hedland.

The studio is an art gallery and creative space, and it’s dedicated to the local Kariyarra culture, and to the preservation of Aboriginal history and heritage in Port Hedland.

Sadly, it’s the only place like it in Port Hedland, but it’s a start for the local indigenous communities, and a good opportunity for visitors to learn more about local culture.

Map of Things to do in Port Hedland

Things to do in Geraldton, Western Australia