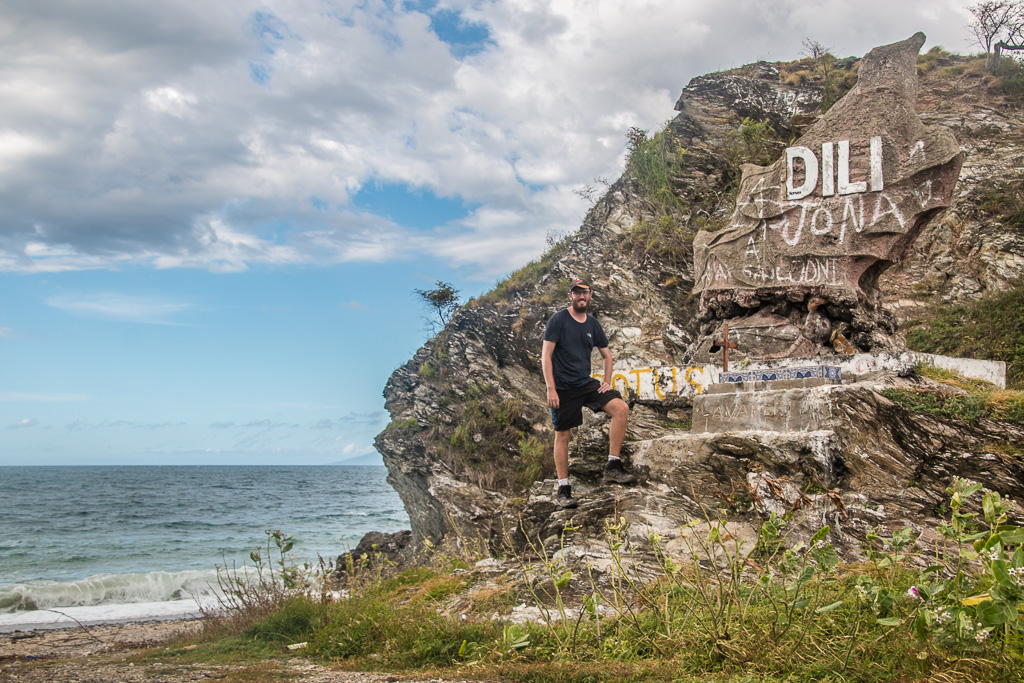 Dili is the seaside capital of the rarely visited island of nation of East Timor.

It’s a city that sprawls along the coast of the divided island of Timor, offering intrepid travellers tropical, palm fringed beaches, untouched coral reefs and unbelievable mountain scenery. It’s a city that is in outstandingly beautiful surroundings, with a diverse culture that is part Portuguese, part Indonesian and Timorese all merged together. It’s possibly the most intriguing destination in South East Asia, but a destination that few tourists are willing to visit.

Dili has a reputation as a remote, dangerous city. The remote part might be correct – although multiple daily flights from Bali make it easy to visit even for a few days! – but the dangerous part is a thing of the past. Dili and East Timor suffered a lot during the long Indonesian occupation of the eastern half of Timor, and the country is still very much developing and recovering, even 15 years after independence. But the city is safe, it’s untouched by tourism, it’s full of life and surrounded by beautiful scenery.

Dili should be on every South East Asian tourist’s bucket list, and perhaps one day it will. For now though, despite its attractions and history it will remain understated and underrated, and that’s all the more reason to visit now.

For those travellers daring enough to venture to this last frontier of tourism in Asia, here are the top things to do in Dili! 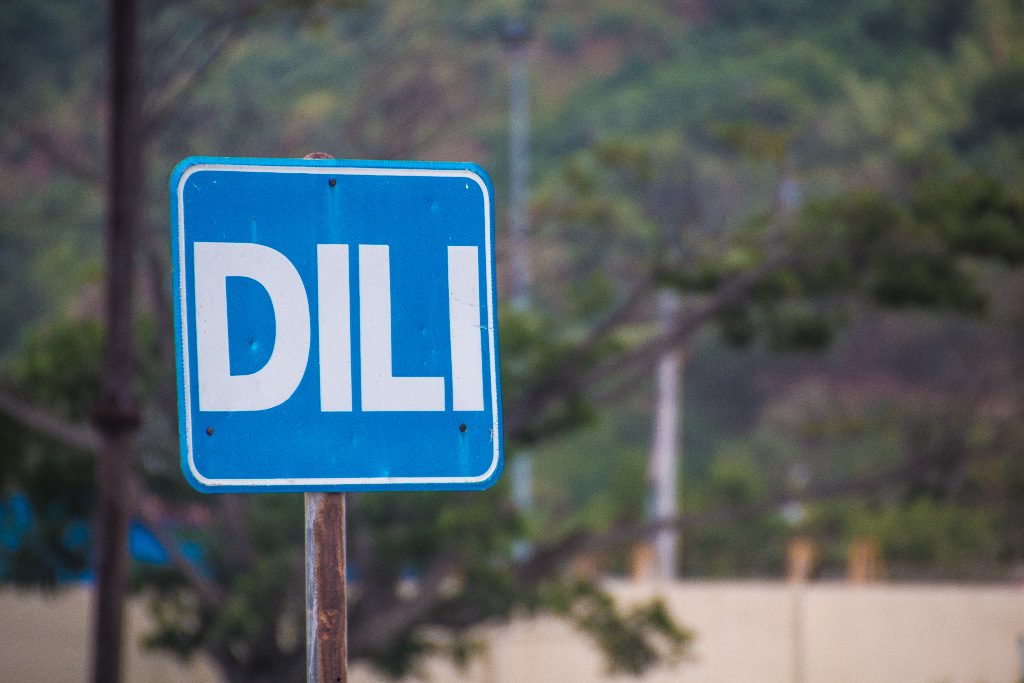 The Top Things To Do In Dili

Hike To The Statue Of Christo Rei

Overlooking East Timor’s capital of Dili is Christo Rei, a giant statue of Jesus Christ which dominates the cliffs around the city. Christo Rei was a gift from the Indonesian occupiers to the people of Dili, a recognition of the Catholic religion which defines the country and an attempt to stop the country’s independence.

Ultimately, this gift failed to stop the march of revolution and East Timor became independent shortly after the statue was erected. Rather than tearing it down as a symbol of oppression though, the locals of Dili have kept this huge statue of Jesus and made it their own. The many steps to the top of the cliff where Christo Rei is found are walked by hundreds, if not thousands of people daily and the views are spectacular! 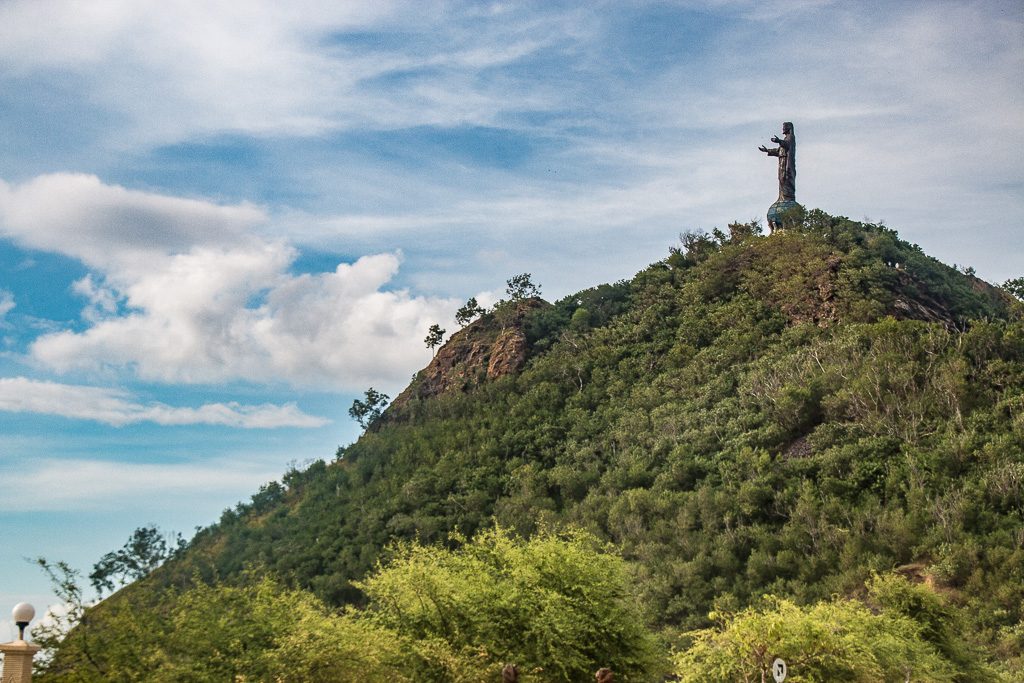 The Timorese Resistance Archives and Museum

East Timor only gained independence from Indonesia in 2002, and before the decades of occupation by the Indonesia army, the country was colonised by the Portuguese for hundreds of years. It’s a nation that knows resistance and conflict, and the Timorese Resistance Archives and Museum is the best place to start to try to understand this long history of colonial oppression which has defined the country and still continues to affect life and politics to this day.

The Chega! Exhibition is a difficult exhibition to see, but any visitor to Dili needs to walk through this old colonial prison to begin to understand what the people of East Timor suffered. Chega! Exhibition is a moving exhibit dedicated to the many political prisoners that were incarcerated under the Indonesian regime and it’s found in the confines of the same prison cells – a prison which dates back to Portuguese colonial rule – where those unfortunate victims were held.

In 1991 the Santa Cruz Cemetery in Dili was the scene of a brutal massacre of unarmed protesters by the Indonesian government. While the country had experienced brutality at the hands of the Indonesians for the previous two decades, at Santa Cruz there were journalists present who managed to show the footage to the rest of the world and the event became a turning point in East Timor’s struggle for independence.

The cemetery itself can be visited, or in the city centre along the waterfront next to Motael Church there is another moving tribute to the massacre too. 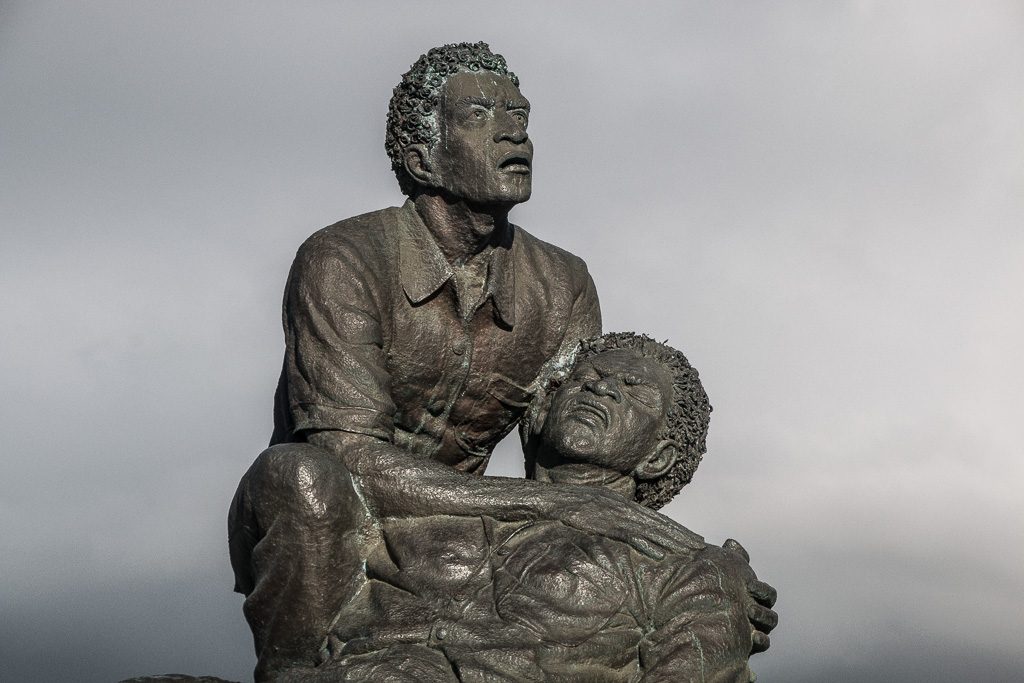 Further testament to East Timor’s Catholic traditions and history can be found above Dili, where by the entrance to the city stands a tall statue of Pope Jean Paul II. Like Christo Rei, the statue of Pope Jean Paul II overlooks the city from a hilltop high above, and commemorates not just the wider Catholic religion but the first visit of a Pope to East Timor – the world’s most Catholic nation per percentage of population – in 1989, when the country was still occupied by Indonesia. It was an important moment for many locals struggling under the occupation, and after independence this statue was built to recognise this important visit. 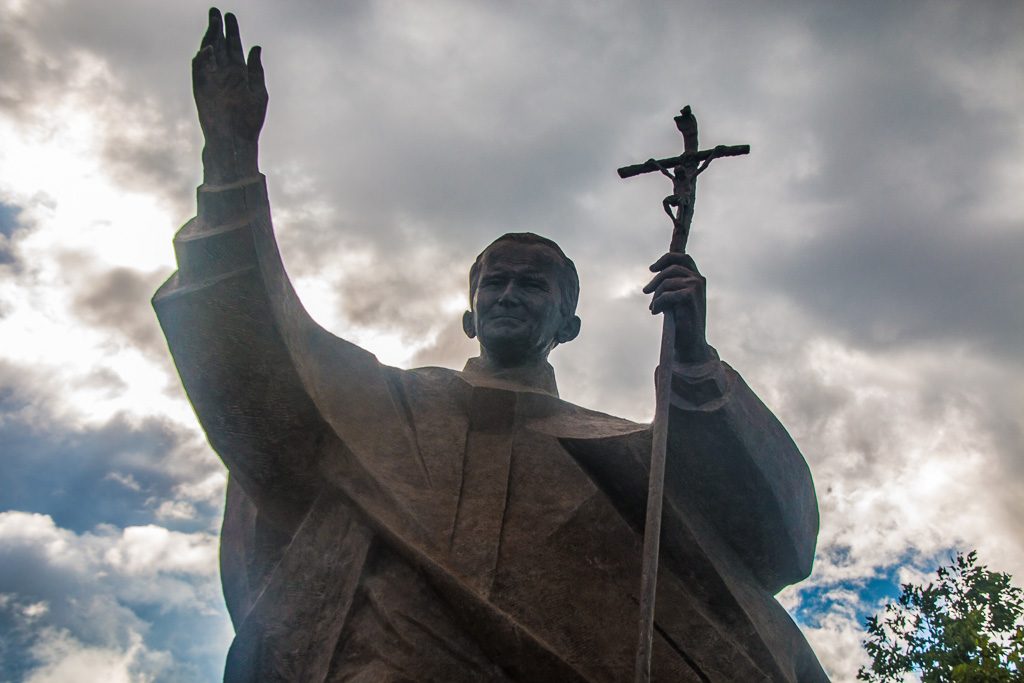 Dili’s waterfront stretches for several miles along the coast, encompassing beaches, coastal scenery and harbour front life by the city. As the sun sets it’s the best place to experience spectacular, colourful views over the ocean, and to see local life in the cooler hours when the people Dili walk along the waterfront and socialise in the evenings. 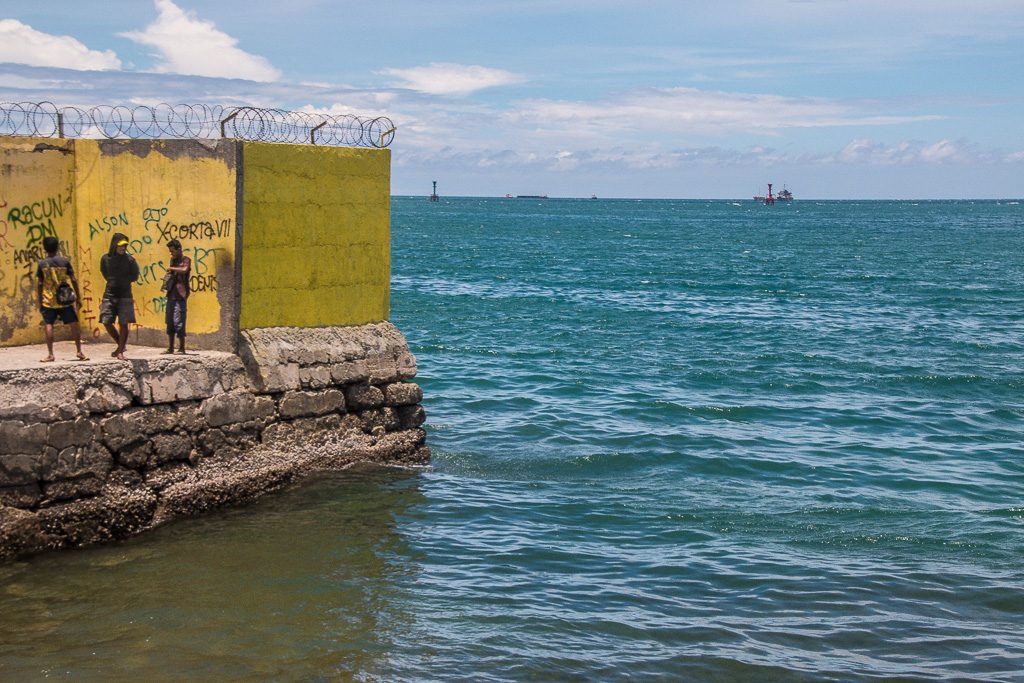 The Tais Market is a locally owned and run market place in central Dili which specialise in hand crafting and selling traditional Timorese Tais – hand woven ceremonial clothing and tapestries – to visitors. As far as tourist markets in South East Asia go, this is a quiet and friendly affair and the stall owners and Tais weavers are happy to talk and show off their handicrafts to the curious.

For travellers looking for an escape from the bustle of Dili or for a more international bite to eat, or place to shop, then Timor Plaza is the nation’s only large department store, and the essential place to get anything non local in the country. There’s a cheap food court in the basement and phone shops to help you get connected online too!

Off the coast of Dili can be seen Atauro Island, a distinctive, peaked island off in the distance. Atauro Island is a tropical paradise, a two hour ferry ride away from the city and a world away from Dili. It’s a quiet, peaceful island surrounded by some of the most bio diverse coral reef in the world. It’s a great destination to snorkel, dive and hike. 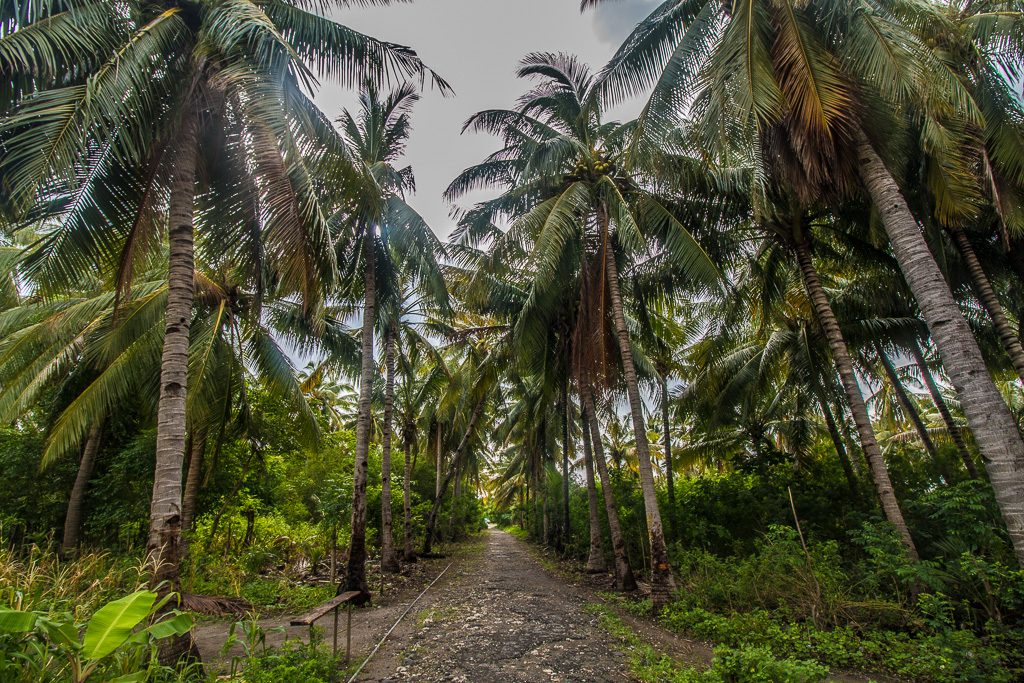 25 kilometres away from Dili on the road which leads to the Indonesian border with West Timor are the ruins of Aipelo Prison. This old prison is infamous in the country as the place where the Portuguese executed their colonial prisoners. The setting is bizarrely beautiful, with tumble down ruins overlooking a pristine stretch of coastline. The dark history is decidedly less beautiful, but definitely intriguing. 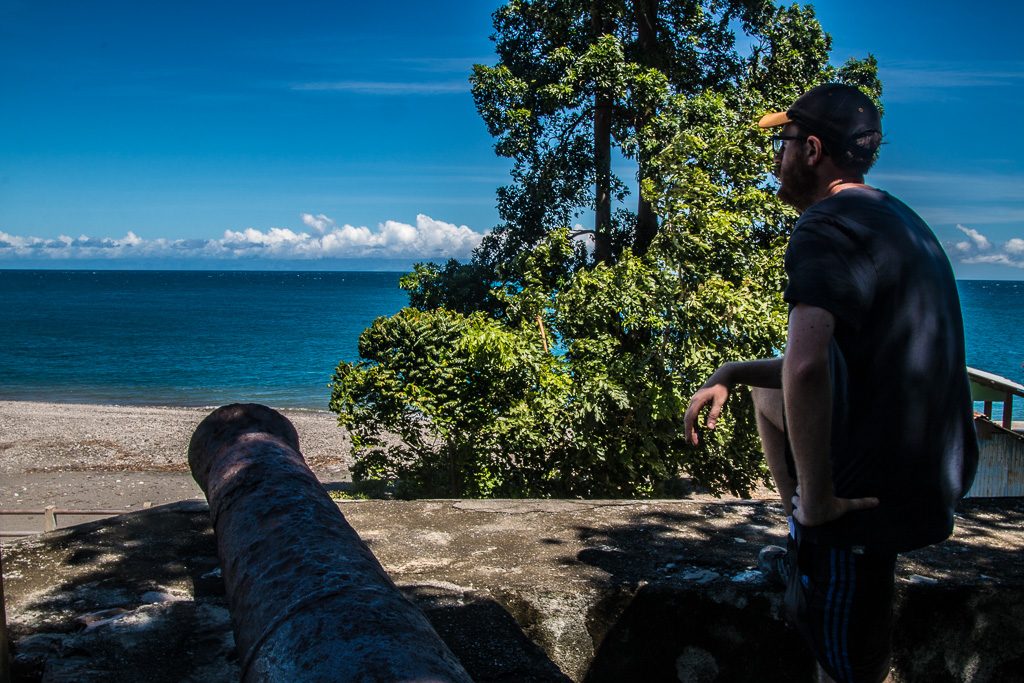 Further along the coastal road away from Dili, past the ruins of the Portuguese colonial prison, is the district of Liquica. This area is home to some of the best beaches around Dili, while the small town of Liquica was once a colonial retreat and the ruins of Portuguese hotels and government buildings can be explored at leisure. Liquica was also the scene of one of the darkest episodes in East Timor’s fight for independence, as when the Indonesian army and militias left the country and retreated to West Timor, they destroyed everything and massacred anyone they found along the road from Dili. At Liquica, in the church here, hundreds were killed. 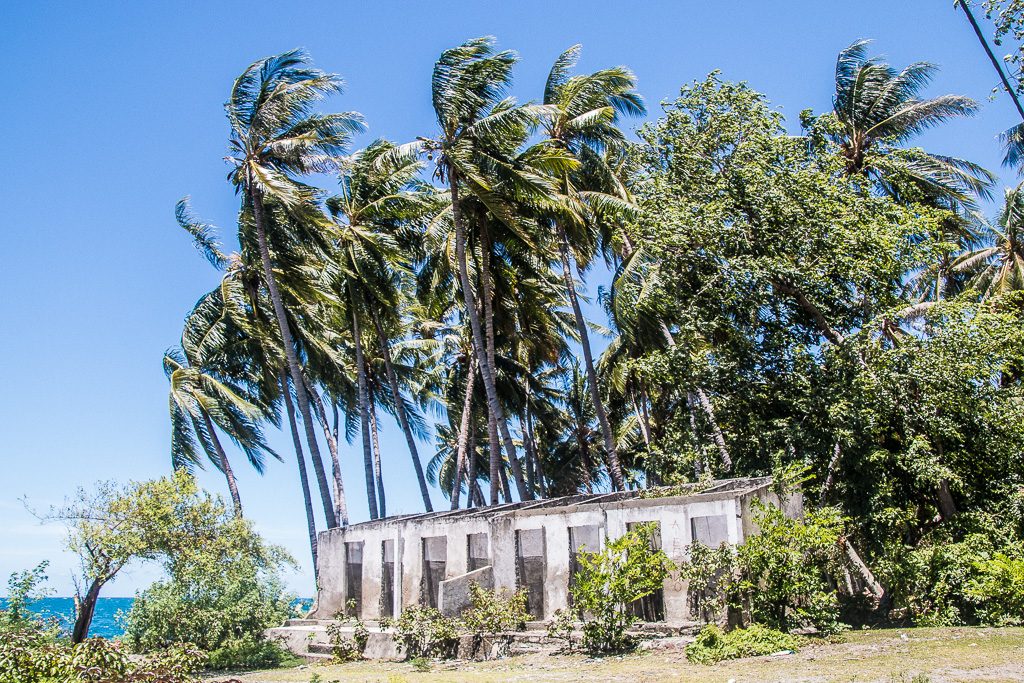 The Dutch Colonial Fort at Maubara

Halfway to the Indonesian border is the old colonial fort of Maubara which overlooks the ocean from a small hill top. Maubara’s fort is interesting, because rather than being Portgueuse, it was originally build by Dutch colonisers who laid claim to parts of Timor. Eventually, the colonial fort changed hands and was given to the Portuguese to become part of East Timor, while the Portuguese relinquished areas in Flores which would then become Dutch and eventually Indonesian islands. 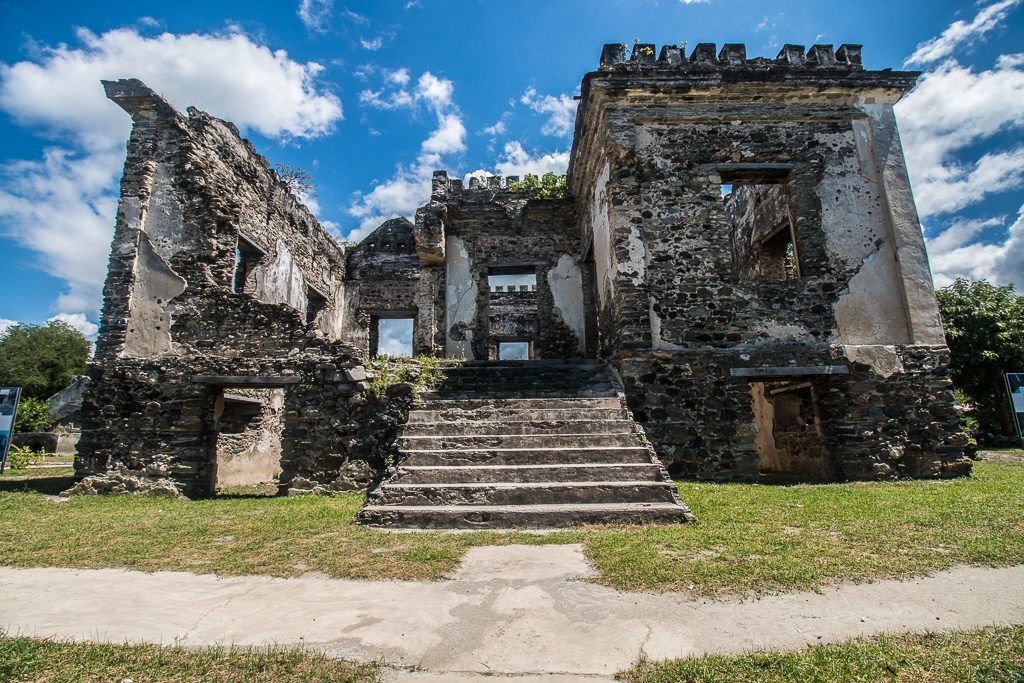 40 kilometres east of Dili is one of the most pristine stretches of sand found along the coast of East Timor. This is One Dollar Beach. It’s a long, sandy beach sheltered by cliffs, a popular place where locals go for BBQ’s or to eat grilled fish at the small beach side stalls. It’s within easy day trip distance of Dili and a great getaway from the city. 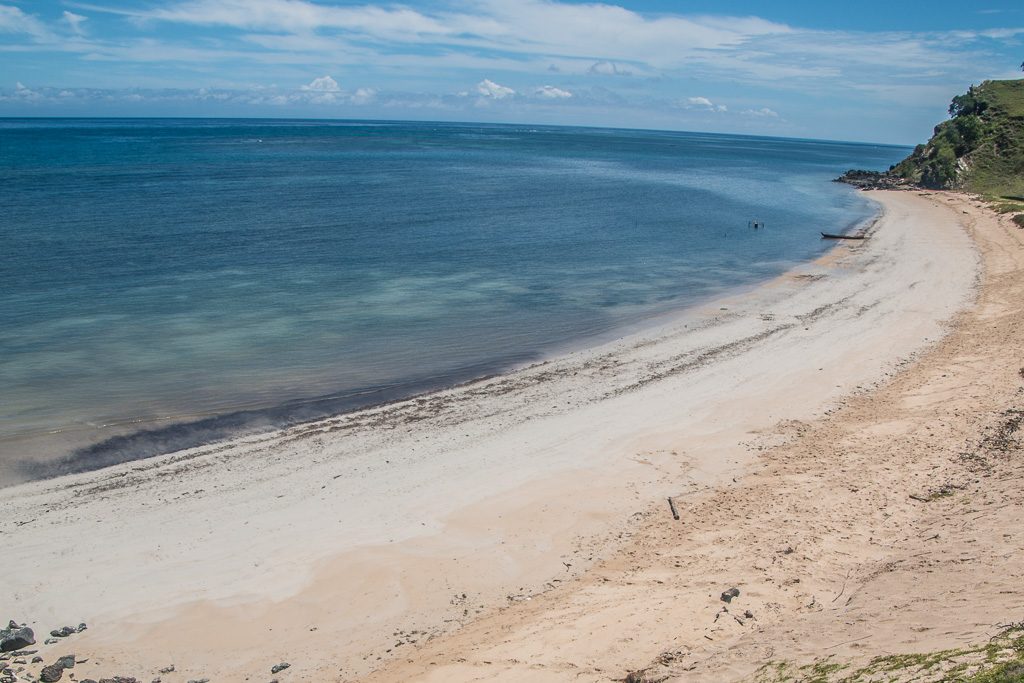 Travelling to Dili? Sign up for Air BnB to book your accommodation using this link HERE and you’ll get £25 free credit towards your first booking!