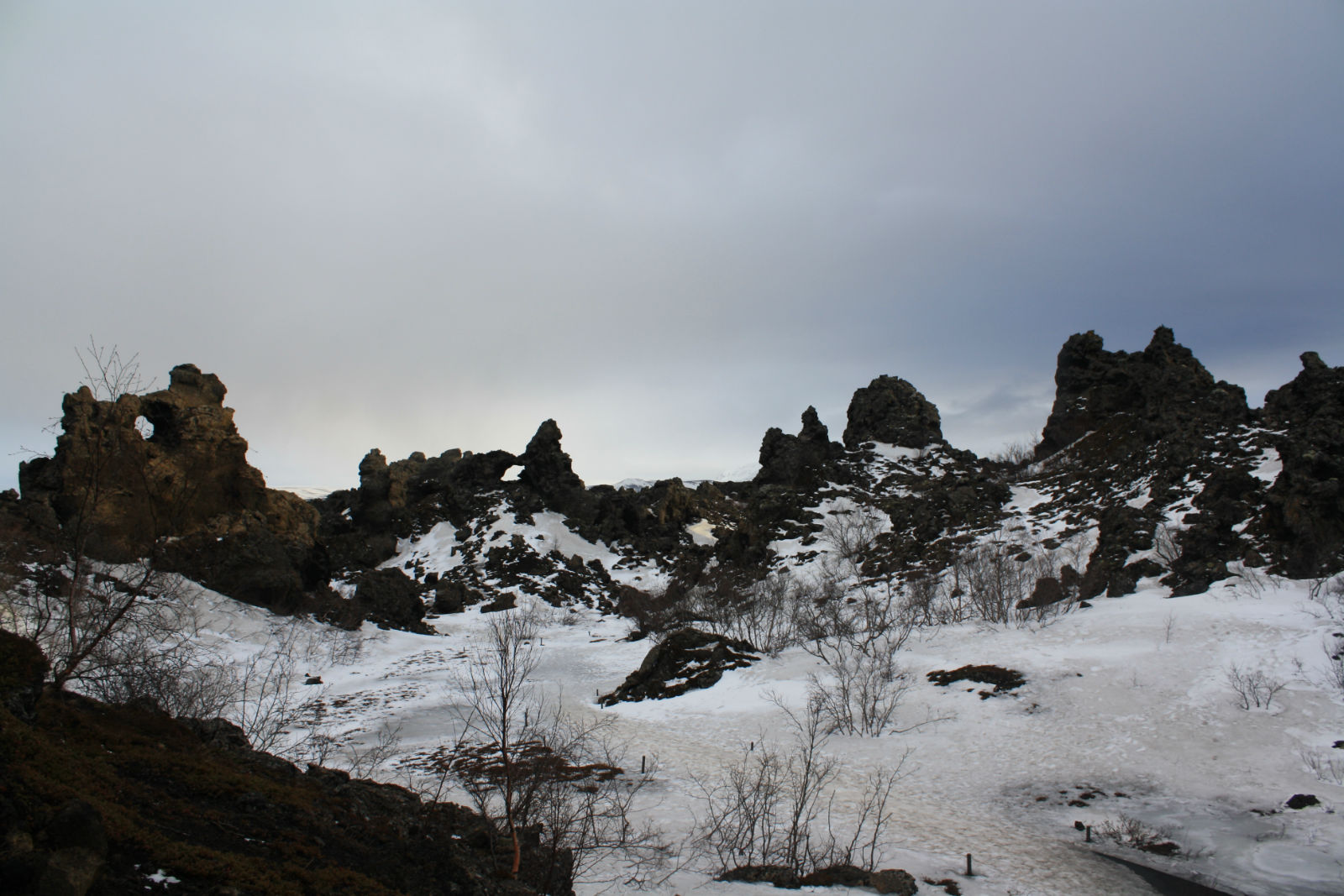 The Dimmuborgir lava fields are a place of myth and legend in Iceland.

They are the realm of trolls, elves and the supernatural, a dark place where geological forces have spectacularly left their mark on both the natural world and the human imagination. 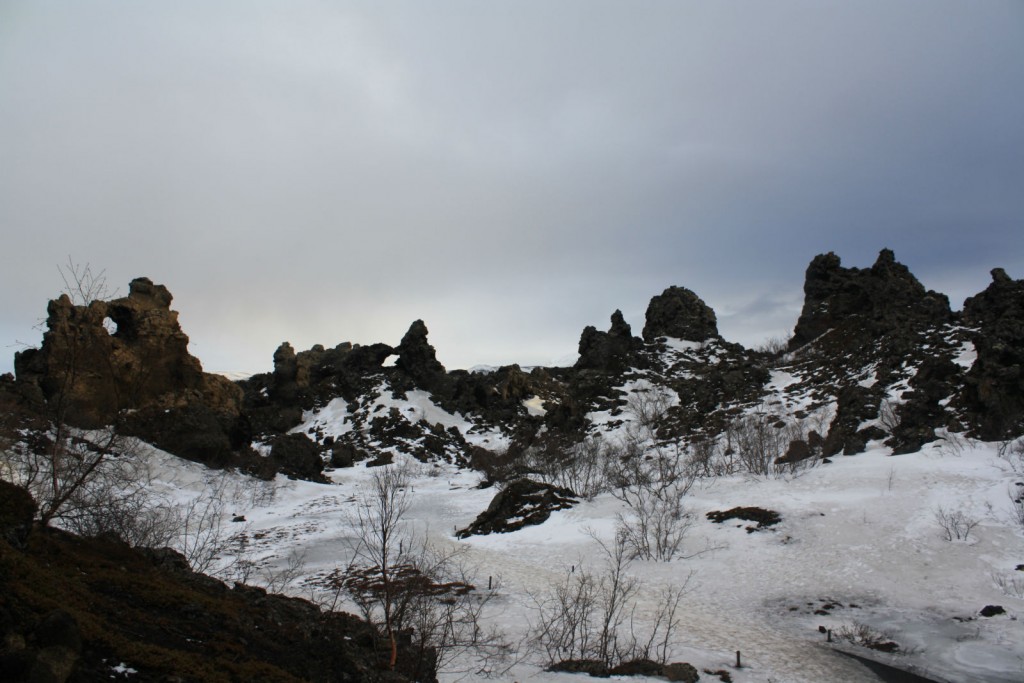 These grotesquely shaped lava formations were violently thrust upon the world over 2000 years ago, when volcanic activity in the far north of Iceland left huge pools of molten lava flowing over the land. Here, at Dimmuborgir, the lava met wet marsh lands, and the resulting structures were left.

The lava fields are on the edge of Lake Myvatn, which in winter is a frozen landscape. That’s the lake below, looking slightly cold. 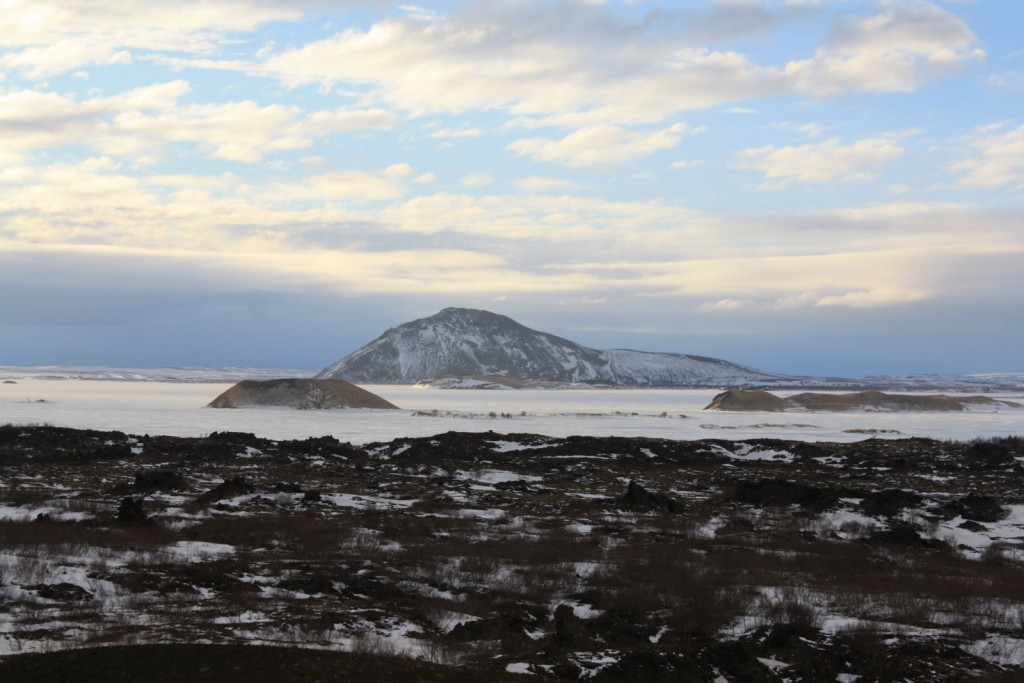 The lava fields cover an area of a few square kilometres, and are overshadowed by the enormous Hverfell, one of the largest volcanic craters in the world at over 1 kilometre in diameter. You might recognise it as one of the darker settings beyond the wall on Game of Thrones. 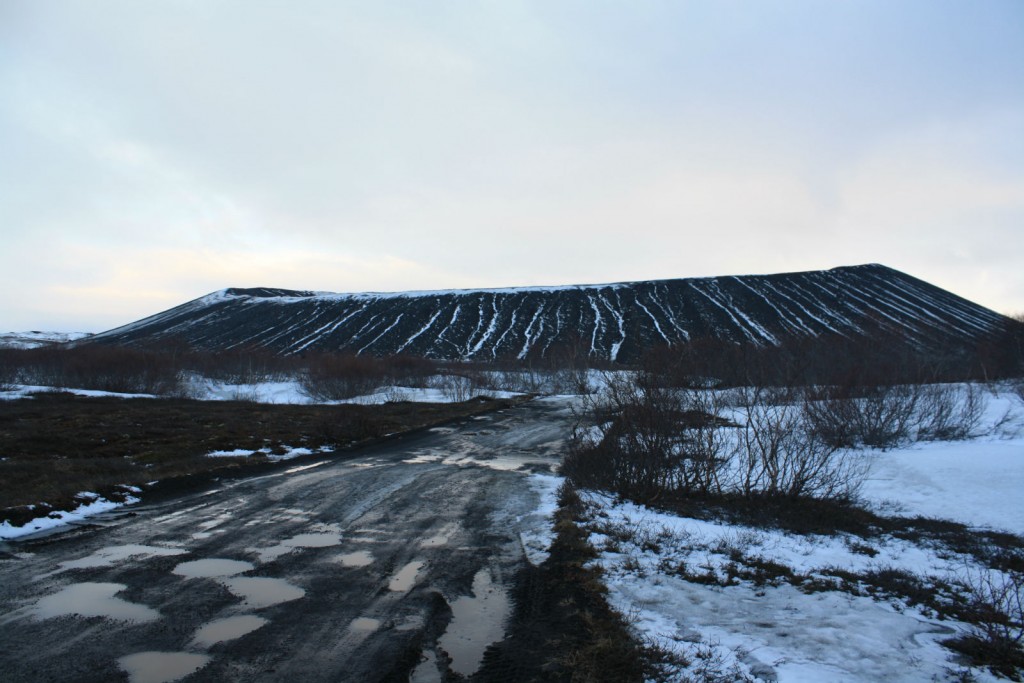 This whole region of Iceland is extremely volatile. It lies at the confluence of the Eurasian and the North American tectonic plates, and these are two plates which are ever so slowly drifting away from each other, causing intense levels of seismic activity to rock the place. 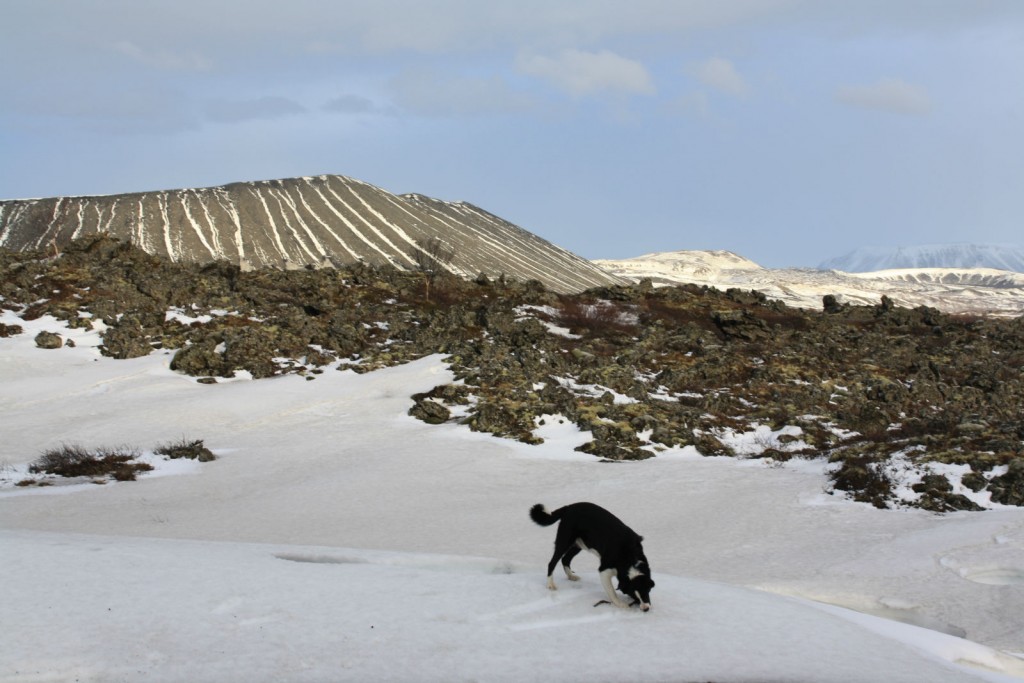 Fetch with the local dog in front of the volcano crater

At the local guesthouse I was staying at near the lake, I was told by the owner that another volcano nearby had erupted not long ago, throwing magma and ash all over the place for months through the winter. It had only just been declared over weeks previously. I was amazed, but the owner told me this was just a little eruption, one to keep the tourists entertained more than anything. I guess outside of Iceland the only eruptions you really hear about are the ones which close down European airspace with huge clouds of ash. 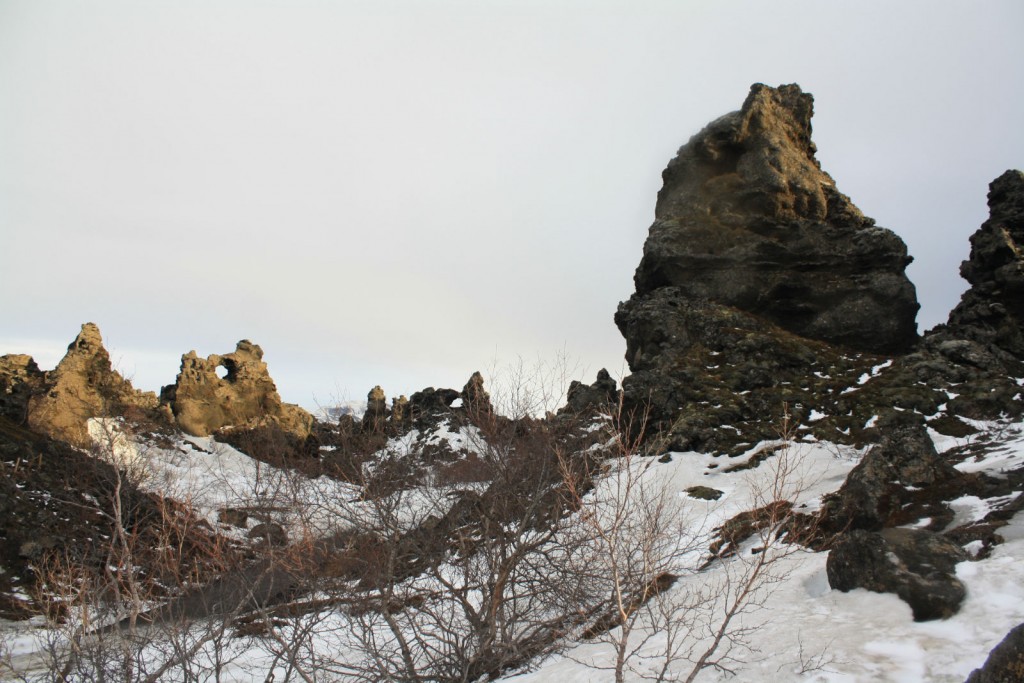 The lava field was once thought to be the catacombs of hell. Icelanders thought this to be a supernatural place, where the Earth crashed into other, more supernatural, worlds. 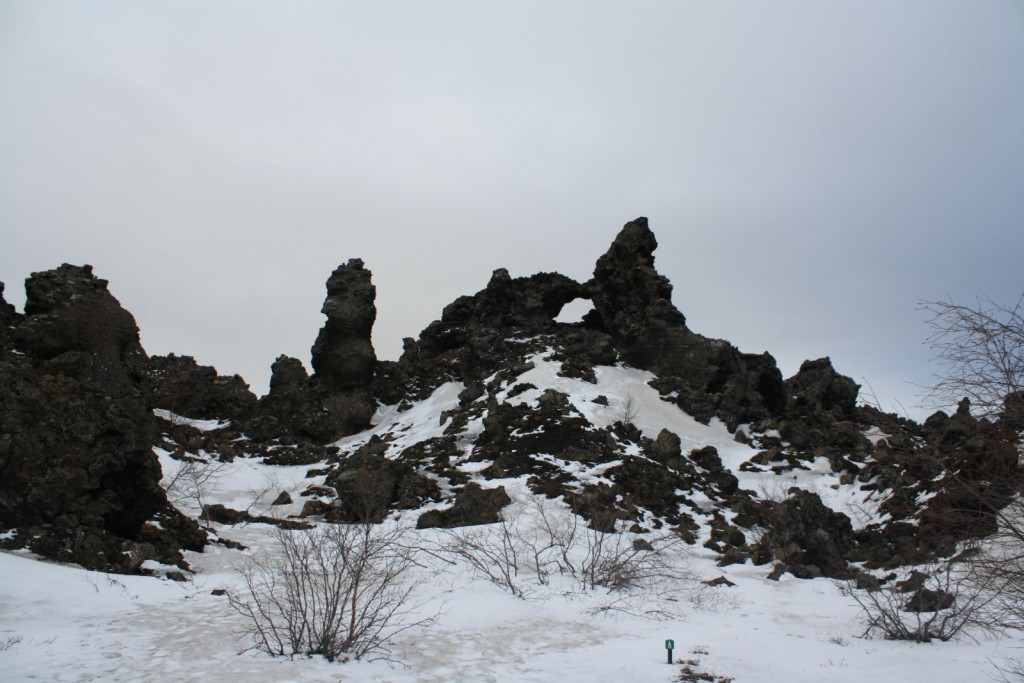 Folklore has it that a ‘homicidal troll‘ used to stalk the fields here. As local legends evolved, it also became the home of the ‘Yule Lads‘, sons of the trolls who have become the Icelandic equivalent of Santa Claus. There are supposed to thirteen of them, hibernating at Dimmuborgir during the summer, before unleashing themselves on the world in the winter and variously punishing and rewarding bad or good behavior at Christmas time. 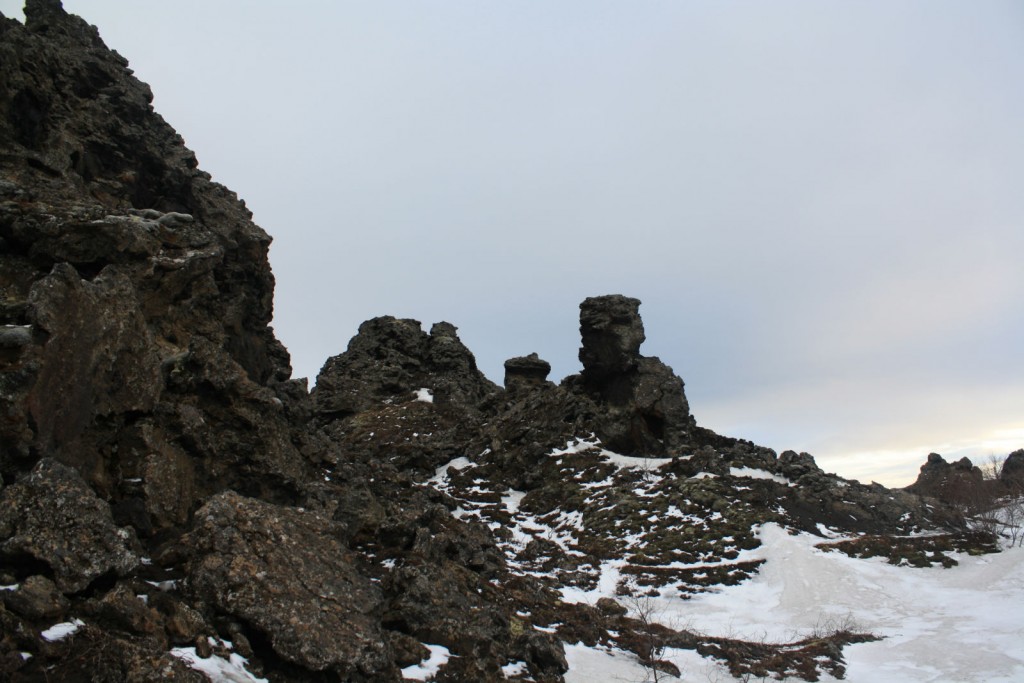 This unique place has had a tremendous impact on Icelandic culture since the days of the first settlers. There’s no where else quite like Dimmuborgir anywhere else in the world, so it’s not hard to see why these lava fields have had such a profound effect on the imagination of a whole nation. 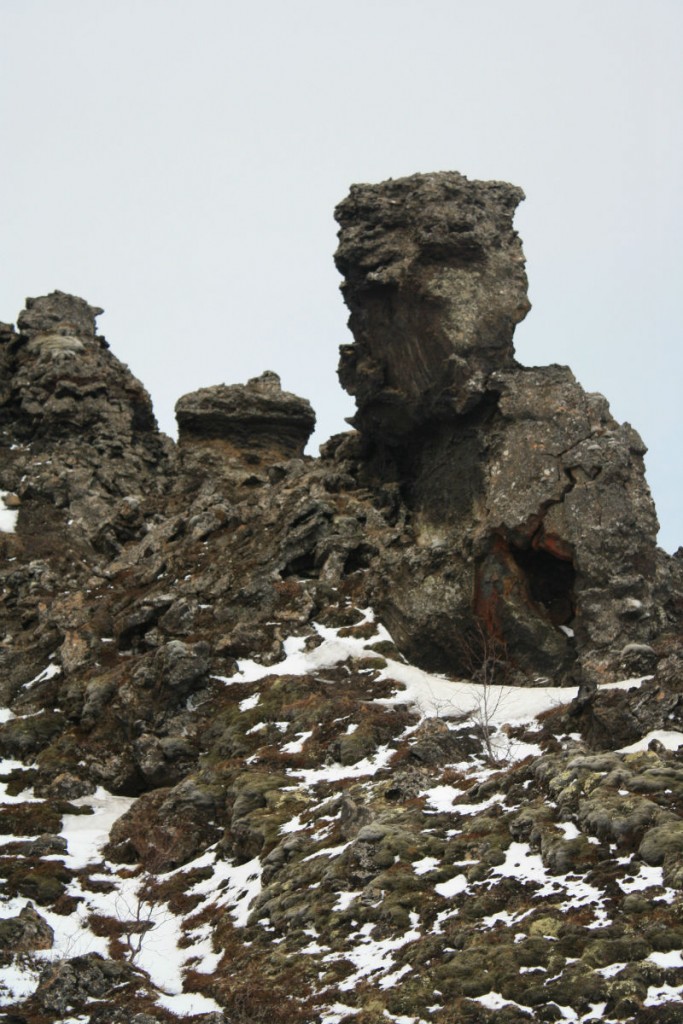 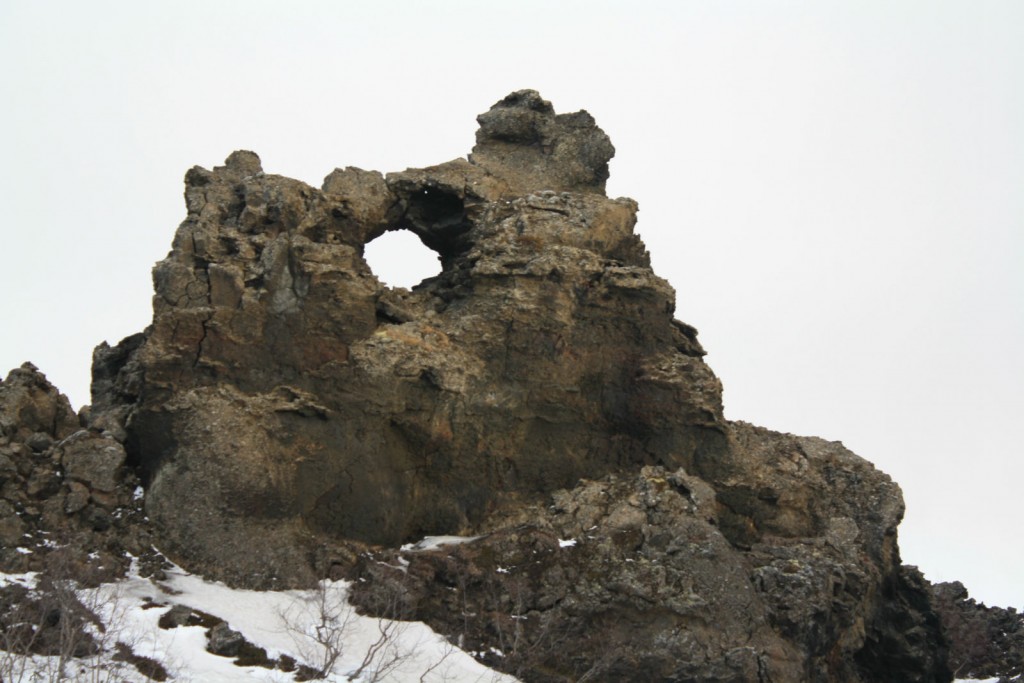 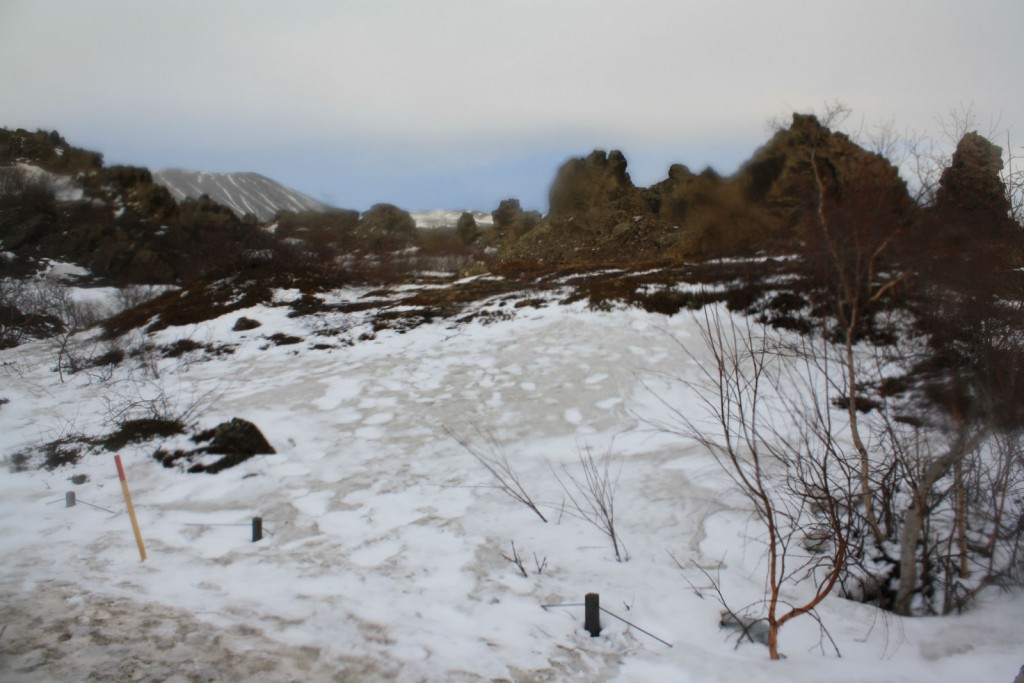 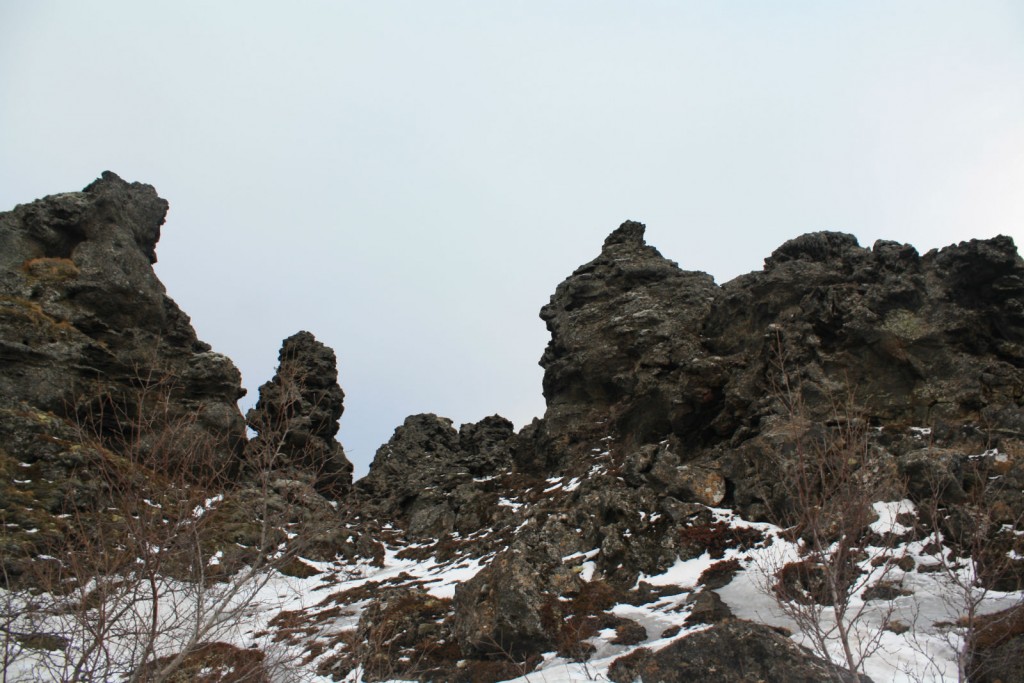 Iceland is a country which never stops giving to the intrepid traveller. Have a read about the explosive geysers here.

For useful information on travelling to the Lake Myvatn region, check out Wiki travel.