The Best Things to Do in Bishkek 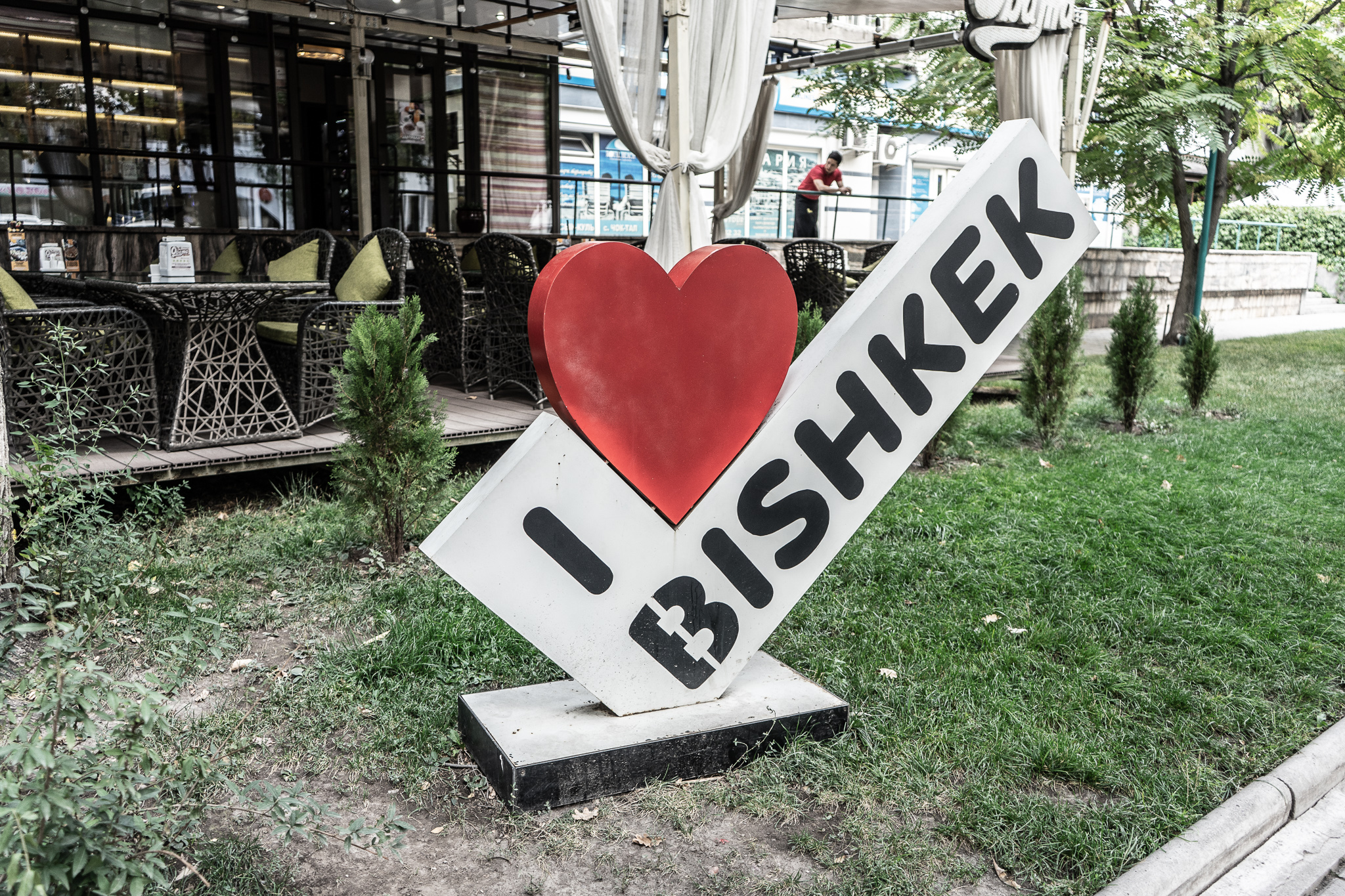 Bishkek is the surprisingly captivating, and always entertaining capital of Kyrgyzstan.

I say surprising, because, let’s be honest, most travellers visit Kyrgyzstan not on a city break and certainly not just for Bishkek, most people make the journey to this remote corner of Central Asia for the hiking, the nomad culture and for the spectacular scenery.

None of that you can find in Bishkek, or at least, not in the centre, but actually, this was a city that held me here for weeks, and I know many other travellers who’ve stayed for months and even years. Bishkek not only makes an exceptional base for exploring Kyrgyzstan – there are mountains nearby and it’s the transport hub – but there are some great things to do in Bishkek itself.

Traditional sights may be lacking, but Bishkek exudes an enthralling modern Kyrgyz vibe, with excellent restaurants, a rising cafe culture and plenty of bars to get you out night after night.

To inspire you to stay in the Kyrgyzstan capital, here’s my guide to the best things to do in Bishkek!

A Brief History of Bishkek Kyrgyzstan

Let me set the scene. Bishkek is not a historic city. Not in the same manner as you will find in Central Asia’s well known Silk Road destinations.

Other cities in the region, like Samarkand or Bukhara, or even Osh , may be shrouded in legend and myth from thousands of years of history, but Bishkek has more humble beginnings.

The city started life as Pishpek, a fortress on the edge of the Khokand Khanate which was before all too long to fall to the ever advancing Russian Empire as they sought to advance ever closer towards British held India in the Great Game. The region had been home to nomadic people and sporadic empires through history, including the Sogdians who constructed the Burana Tower which still stands in a valley 70 kilometres from modern Bishkek.

In 1860, the Russians rolled in and destroyed the fort, before rebuilding a new settlement on the ruins, a place which would grow into Bishkek on the back of immigration from across the Russian Empire.

After the Bolshevik Revolution, Bishkek was renamed Frunze – after a prominent General and communist, Mikhail Frunze – in 1926, and its importance rose as it became the capital of what would evolve into the Kyrgyz Soviet Socialist Republic.

1991 would see independence for Kyrgyzstan, and with it, Frunze was again renamed as Bishkek. A Russian exodus was to follow, as were periods of instability and political turmoil over the next 20 years which would see riots and revolutions intermittently bursting out across the country and the capital.

Recent years though have seen Bishkek and Kyrgyzstan remain stable, tourism is booming and the city is fast becoming a rising star in Central Asia. There has never been a better time to visit than now!

Where is Bishkek Kyrgyzstan?

Bishkek is located in the north of Kyrgyzstan, just a few hours from the border of Kazakhstan and the Kazakh city of Almaty. This is the transport hub of the country and connections to Bishkek are continually improving.

Overland travel is possible to most of the former Soviet Republic capitals, while travel to the rest of Kyrgyzstan can be easily found using Marshrutkas and shared taxis. Manas International Airport has scheduled flights across Central Asia, Russia and increasingly to Europe and the Middle East, while there are cheap domestic flights to Osh, Kyrgyzstan’s second and southern city.

Much of central Bishkek is close enough to walk, while navigation is easy given the simple grid system. There is also an extensive network of trolley buses and local Marshrutkas traversing the streets alongside cheap taxis. They even have their own ride-hailing app, Namba Taxi.

When to Visit Bishkek

Bishkek, as a city destination, can be visited all year round, but just remember that the winters can be cold and harsh. Summer can be stifling, but this is the best time of year to enjoy the rest of Kyrgyzstan when hiking conditions are optimal.

Things to do in Bishkek

Although lacking in real tourist attractions or anything that’s really known anywhere else in the world, Bishkek has plenty of intriguing sights to see. The real attraction lies in the fact that it’s not exactly touristy in Bishkek. It is though, an incredibly liveable city, and somewhere it’s easy to spend several more weeks than you ever intended.

Start your sightseeing in Ala-Too Square. In Bishkek, all roads eventually lead to Ala-Too, as this is the main square in the heart of the city. A large open plaza is always chock full of locals and on important days of the year – like Kyrgyz Independence Day – they hold big parades and even concerts here. There’s an enormous flagpole and you can watch the changing of the guard ceremony every few hours.

Bishkek is about as Soviet as it gets in post-Soviet Central Asia – and that’s pretty Soviet. This was a planned city and from the layout of the grid system to the uniform apartment blocks, this a socialist city to its core.

There are Soviet gems to be found everywhere, from statues in parks to the brutalist buildings.

I visited in 2018, and Bishkek’s State History Museum was still closed after a lengthy, apparently undetermined period of renovation. It was supposed to be open, but I can confirm that they were definitely still doing work. When it does finally reopen, it would be nice to hear from anyone who might be in Bishkek what it’s actually like inside!

The State History Museum is found by Ala-Too Square and is a wonderful piece of architecture, even if it’s very much closed for now.

These days, Lenin statues are few and far between in the world. Many have been torn down, lost to time or hidden from sight, but not in Bishkek. Behind the State History Museum, you can find a large statue of everyone’s favourite communist – although, truth be told, it’s not quite as large as the statue found in the city of Osh, to the south.

No, of course not the White House in the United States of America. No, Kyrgyzstan has their very own White House and this one used to be the headquarters of the Kyrgyz Communist Committee.

Now it’s the seat of the Kyrgyz government and the President of the Republic. Found next to Ala-Too Square, you can’t get in, but it’s impressive enough from the outside.

Bishkek is a city of lovely green spaces and one such green space Oak Park, next to Ala-Too Square.

Here you can walk around, find a few crumbling Soviet buildings and watch the Kyrgyz play their outdoor games.

Home to a statue of General Panfilov, whose 28 men famously stood against the German Army outside of Moscow in World War II and included several Central Asian recruits, this is another great recreational area in the city.

There are some interesting amusement park rides and dubious looking fried food stalls here too.

Every city that contributed in any way to the defence of the Soviet Union during World War II has a Victory Square.

Of course, Bishkek has a large one, centred around an enormous memorial that commemorates those lost during the war and any other conflicts before or since.

Bizarrely, despite the tone of the proceedings, it’s a favourite photo spot amongst young Kyrgyz couples getting married.

The Osh Bazaar is a busy, bustling marketplace in central Bishkek.

As well as serving variously as a bus station and a share taxi assembly point, the Osh Bazaar is full of restaurants, grills, market stalls and anything you could probably ever need to buy while in the city.

Bishkek has a surprising number of cafes, which if you are a digital nomad like me, is glorious.

My personal favourites are Sierra Cafe and Adriano Coffee, but there are plenty more too – I may even write a full blog post on the cafe opportunities in Bishkek one of these days!

Undoubtedly, Bishkek has an impressive nightlife scene. More so if you’ve just returned from the remote steppe or the endless mountains, where as beautiful as the scenery is, there’s a real lack of craft breweries or dance floors.

The weekend is pumping in Bishkek, and there are plenty of pubs and bars to visit. I’d recommend Save the Ales for some craft beer and Metro Pub for some dancing.

Eat, eat and eat some more

Bishkek has a great culinary scene at the moment, with an ever-expanding array of international food and local choices.

You can get some real cheap local food at the fast food joints, but it’s worth paying out a bit more to try some of the other restaurants in the city too.

Head to Chicken Star for great Korean Fried Chicken and Kimchi Plov, visit for endless plates of traditional Kyrgyz food and some dancing or check out

This ancient minaret is found around 70 kilometres away from Bishkek and makes for a great day trip. You can catch a Marshrutka to Tokmak, then another to the tower. It used to be taller, but it’s still quite tall and given it’s hundreds of years old, it’s not doing too badly.

Locations of the best things to do in Bishkek

Travelling to Bishkek Kyrgyzstan? Sign up for Air BnB to book your accommodation using this link HERE and you’ll get £25 free credit towards your first booking!