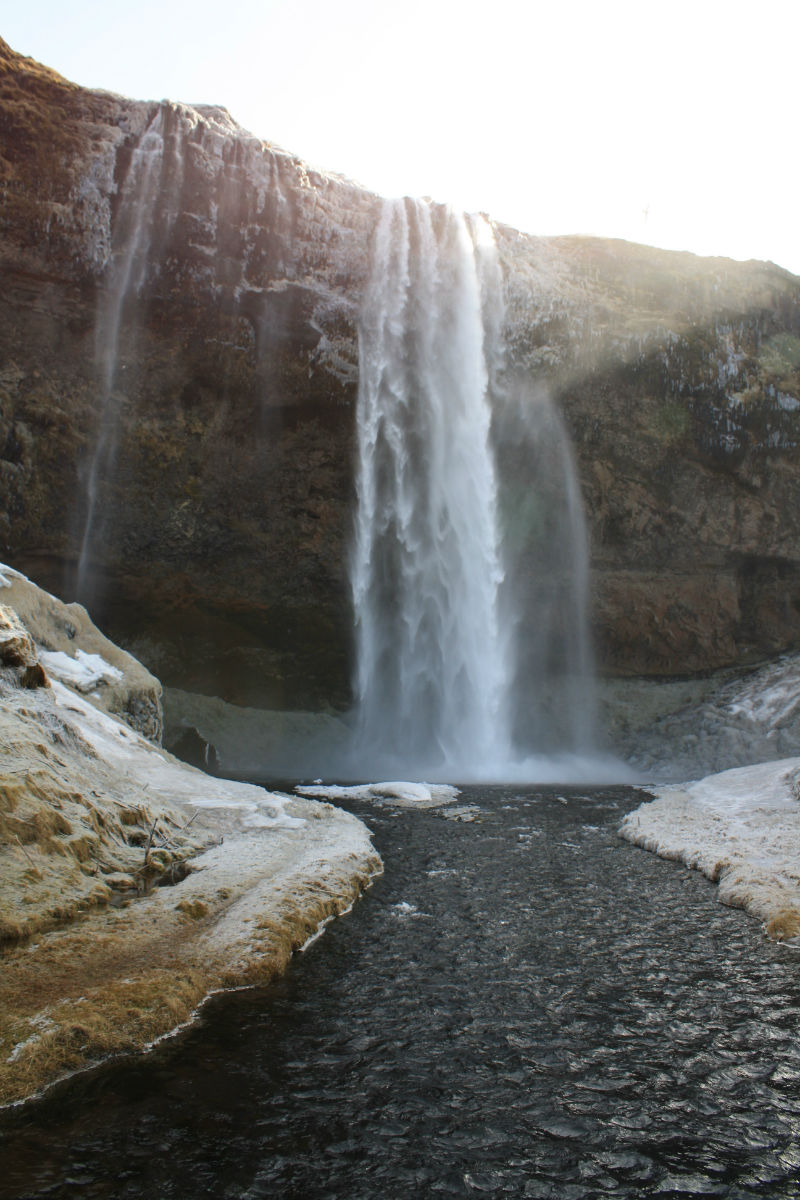 The Seljalandsfoss waterfall in Iceland is a 60 metre plunge from the cliff top.

This impressive sight is in equally impressive company and hidden nearby the neighbouring Gljufrabui waterfall is 40 metres tall, and drops into an immense cliffside cavern. 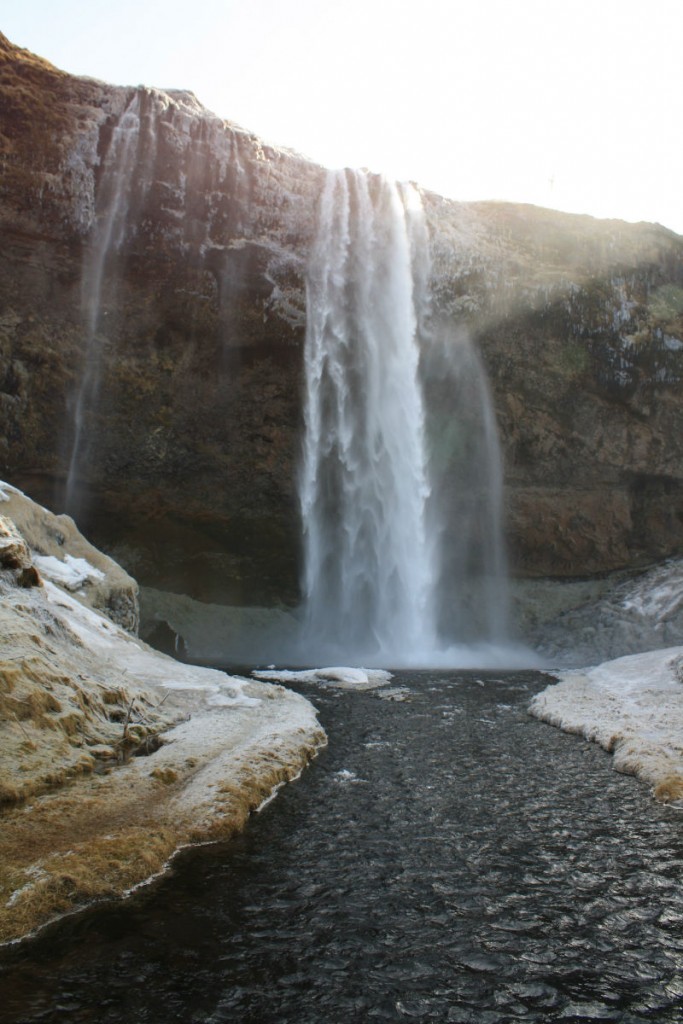 Seljalandsfoss is in the South East of Iceland-  you’ll see it from the road a long way off. The cliffs the water hurtles over dominate the horizon for miles. 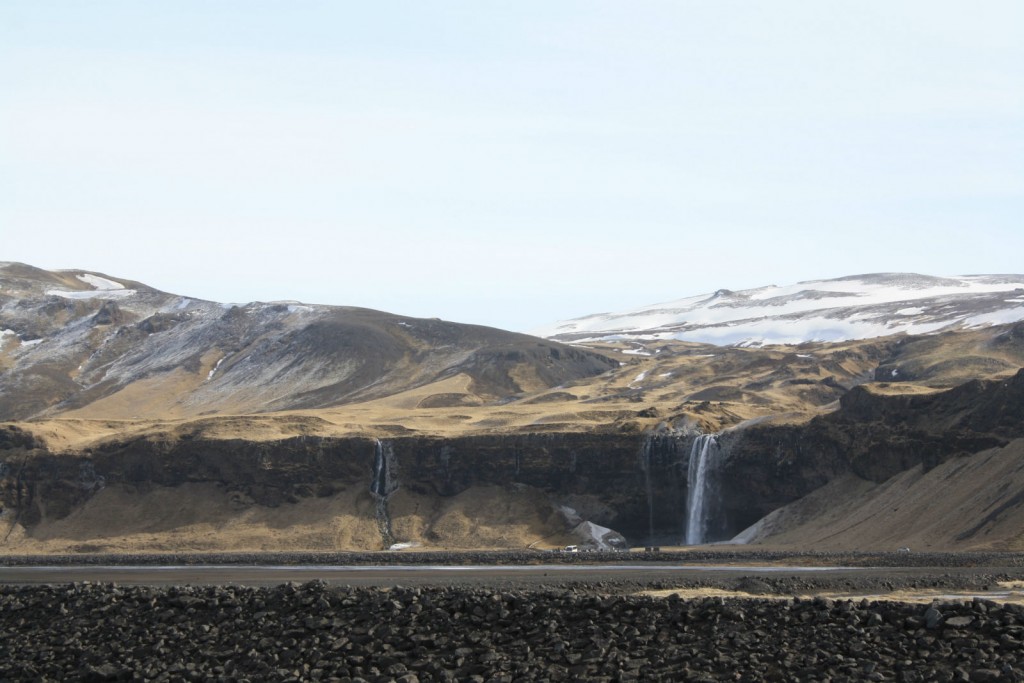 When the ice has melted in Summer you can walk all the way around the base of this waterfall. You can stand under the water itself as it falls around you. 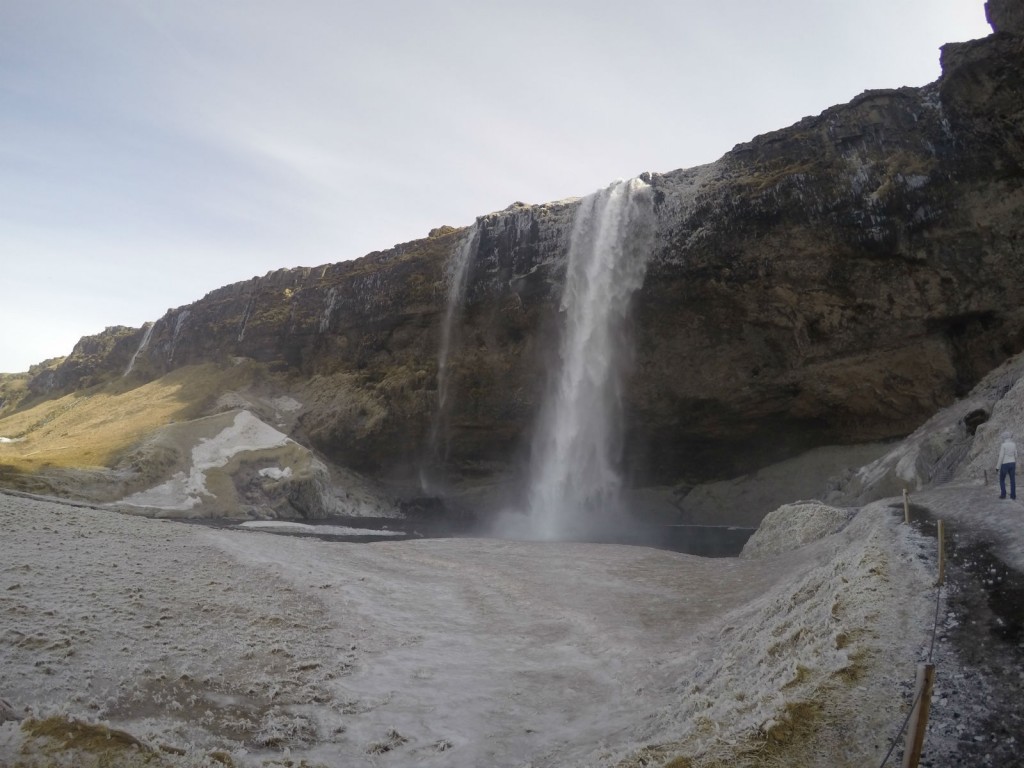 But the ice was solid when I visited. It was impossible to get too close without risking a cold, cold fall. 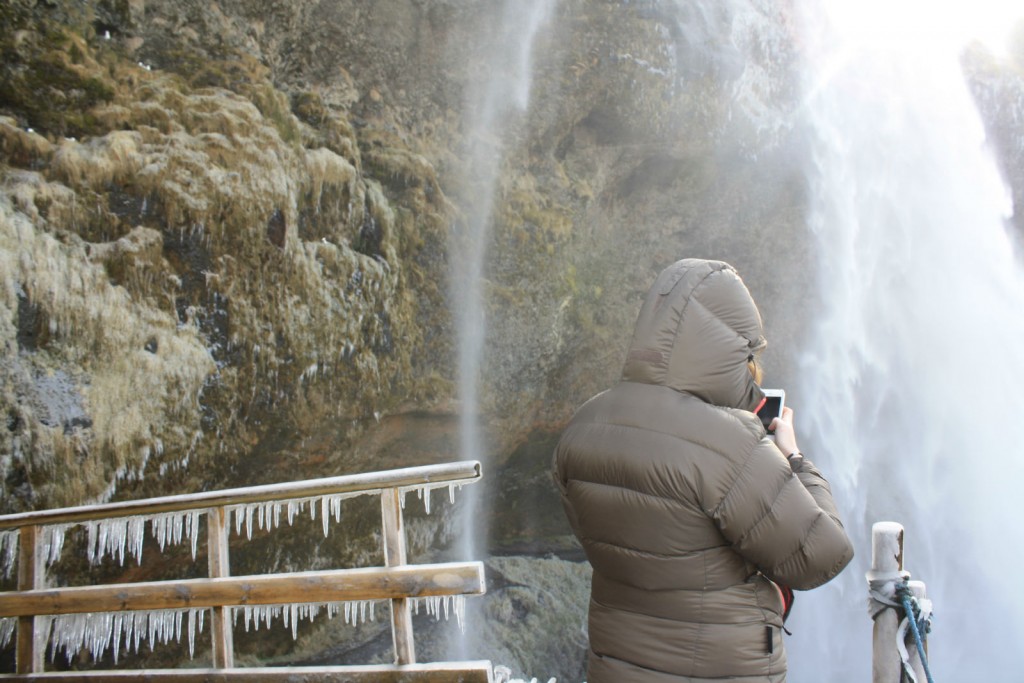 Those are some big icicles. 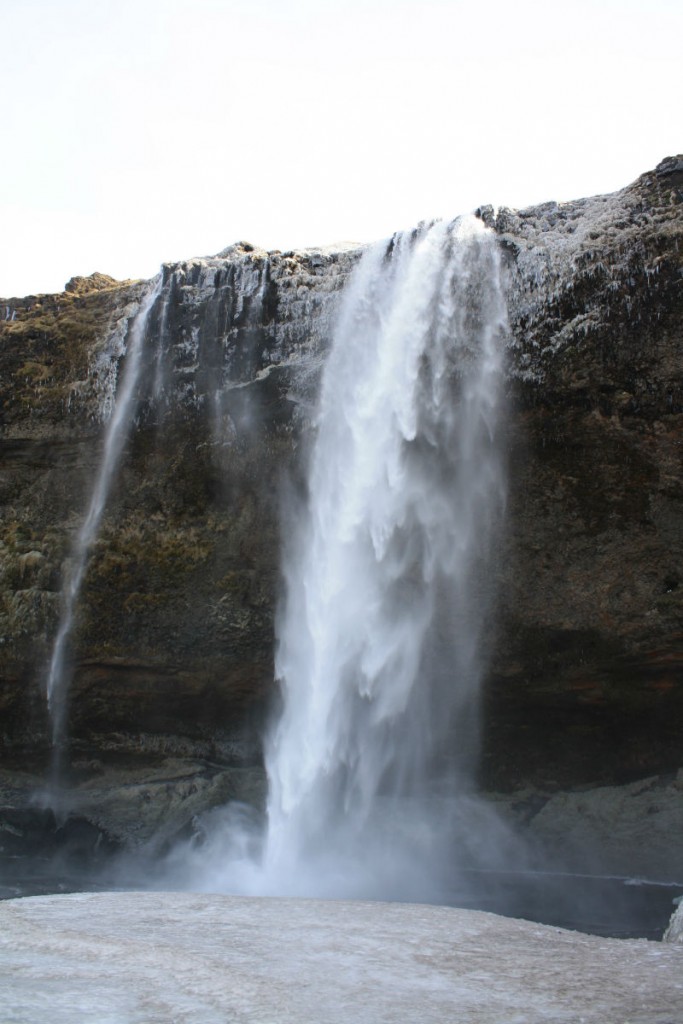 A short walk from Seljalandsfoss you will find the hidden cavern of Gljufrabui. Legend has it that this cavern was used by hermits in years past, who lived their day to day to lives in the presence of the waterfall which cascades through the cave. 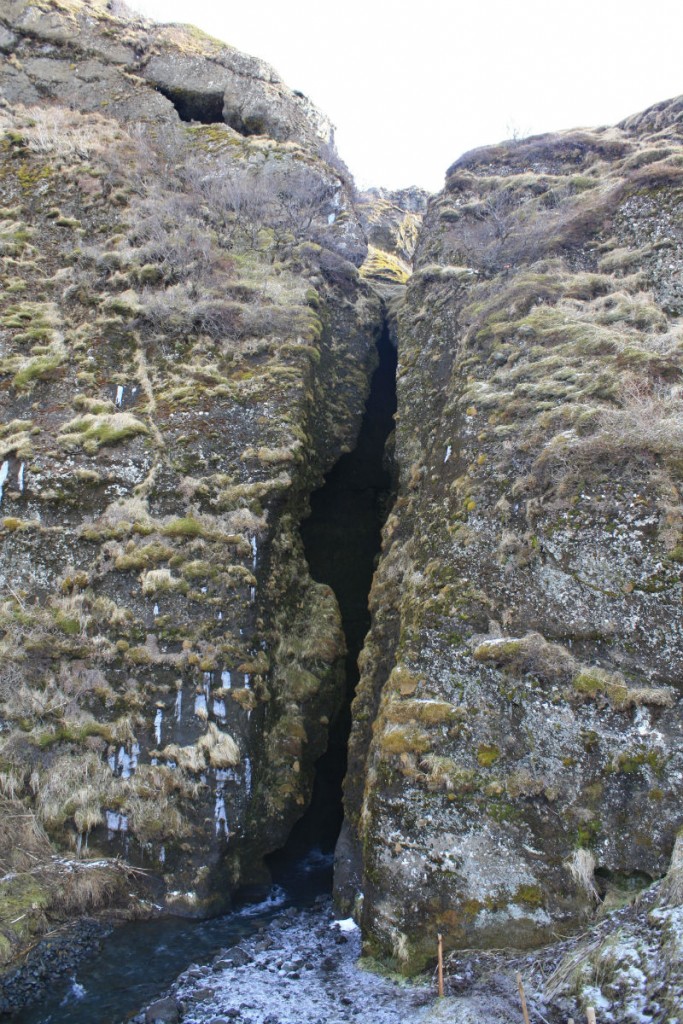 A concealed crevice in the rock reveals a small stream trickling outwards. 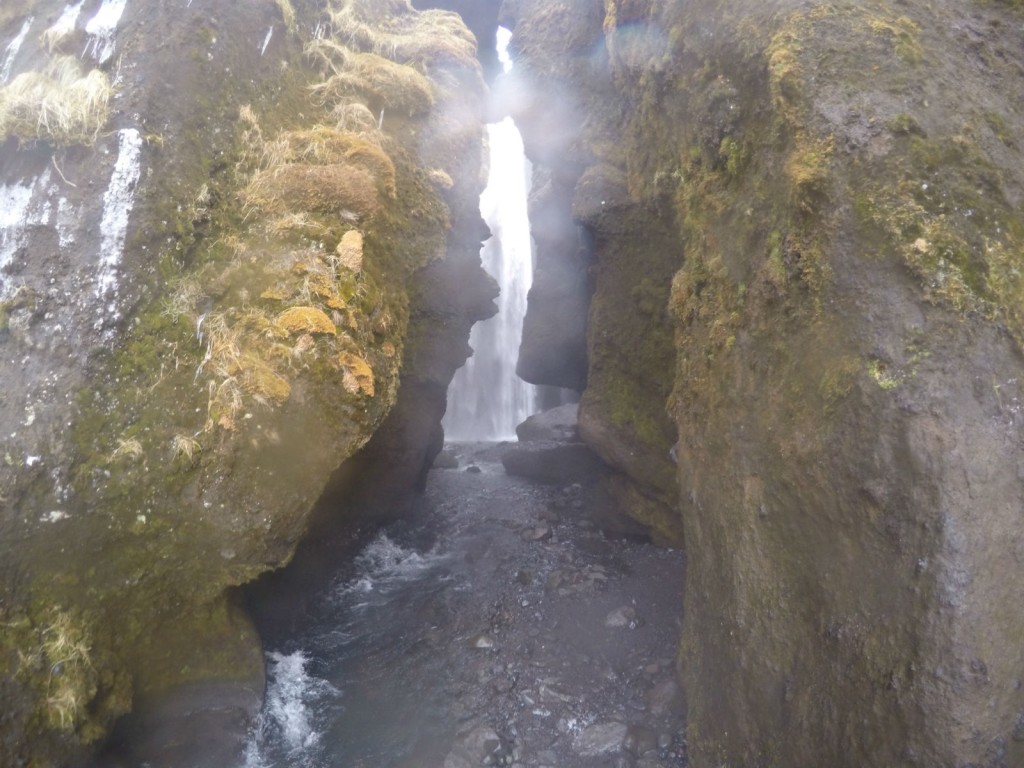 Brave the downpour and rushing stream and you can enter the cavern itself. You will get wet. It’s quite a sight though. 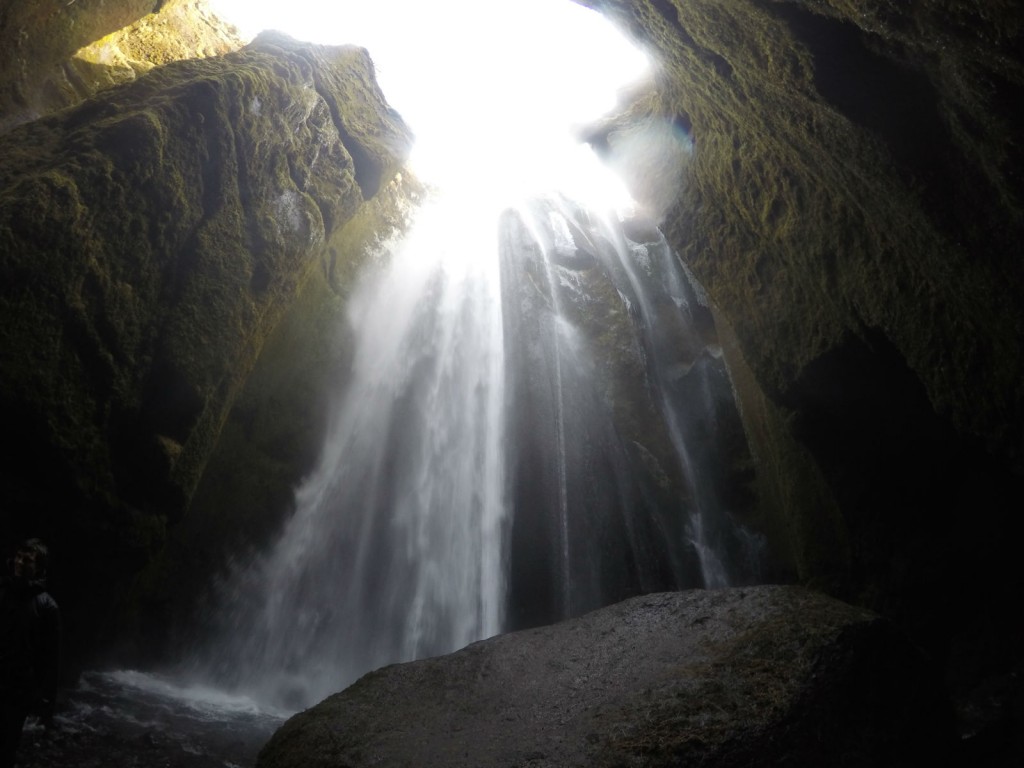 If you don’t fancy venturing into the cavern’s interior to be rained upon then you can view it from above too. 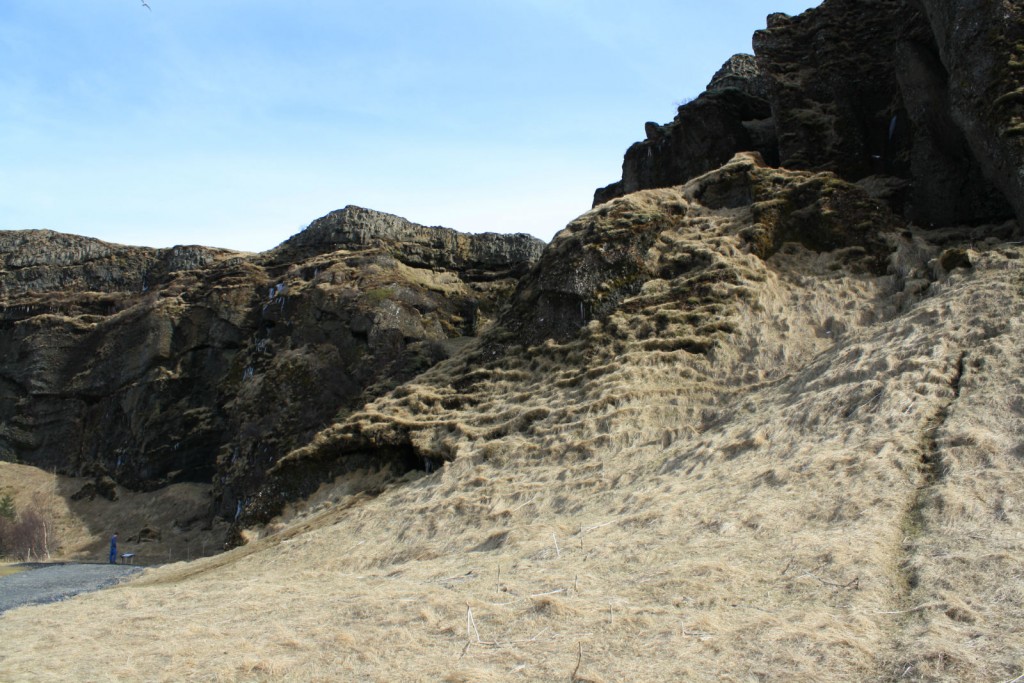 You’ll nee some solid climbing skills to get up that rock face to the viewing area. 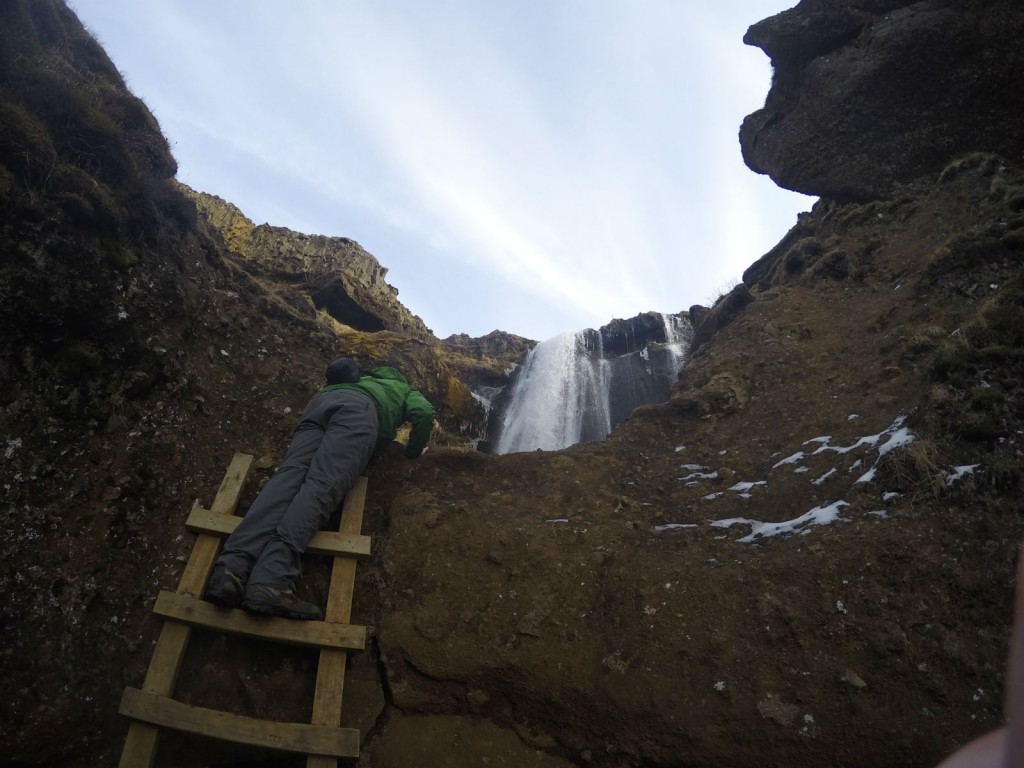 And by viewing area I of course mean a ladder perched against the edge of the rock. 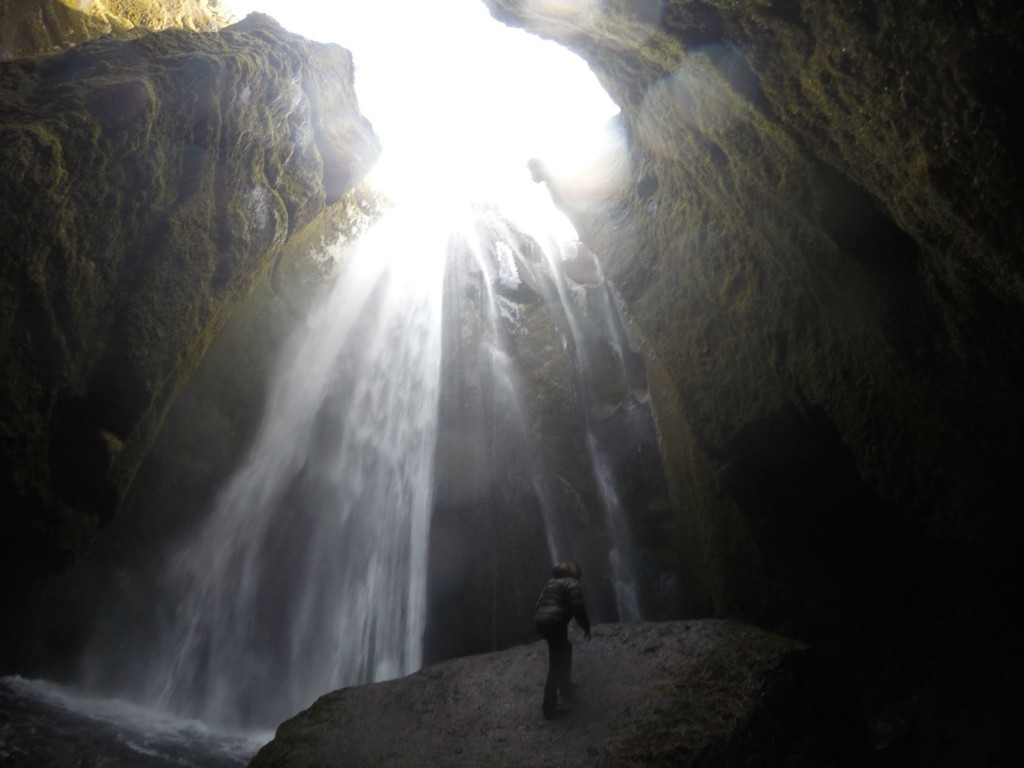 If two waterfalls aren’t enough for you then there’s a smaller, less impressive one as well between Seljalandsfoss and Gljufrabui. 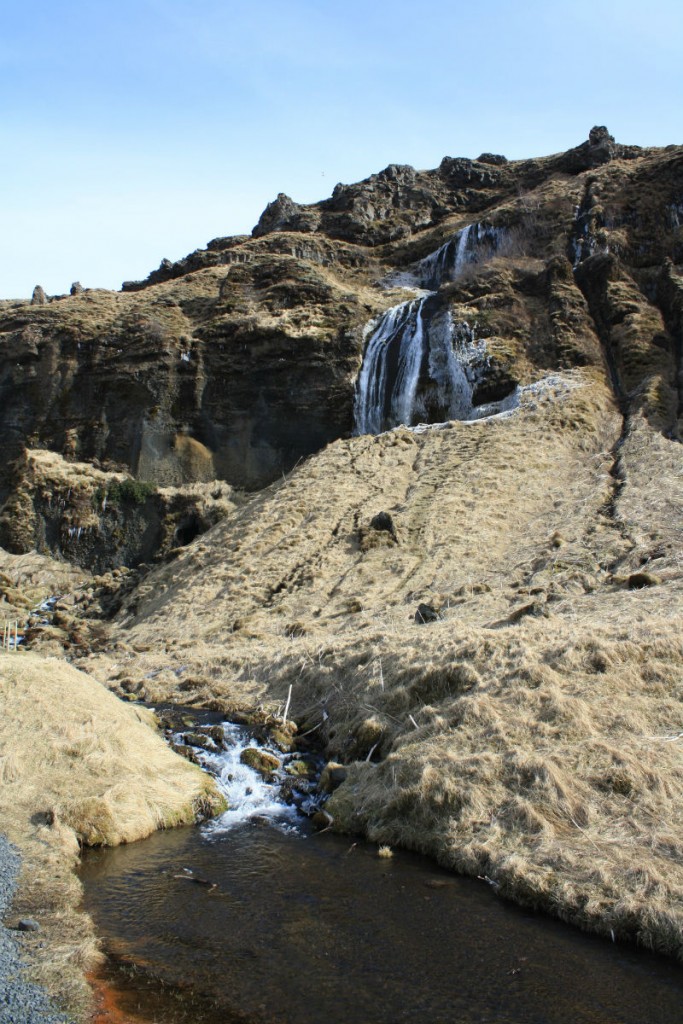 And if you still need more after these grand Icelandic sights, then never fear. Iceland is home to thousands of waterfalls across the country.

Just a half hour drive down the road you’ll find Skogafoss. and that’s quite a sight too. 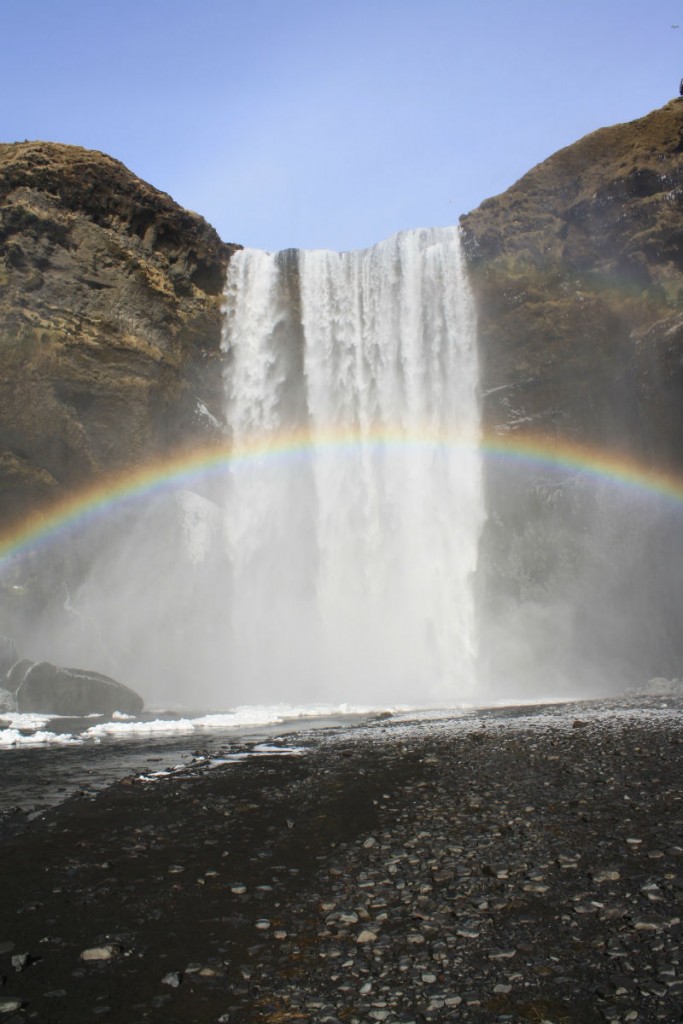 For more information on visiting Seljalandsfoss then have a read here.

Not read enough about Icelandic waterfalls? Don’t worry, you can read about Godafoss- the waterfall of the Gods, right here.

The Dramatic Plane Wreck Abandoned on an Icelandic Beach