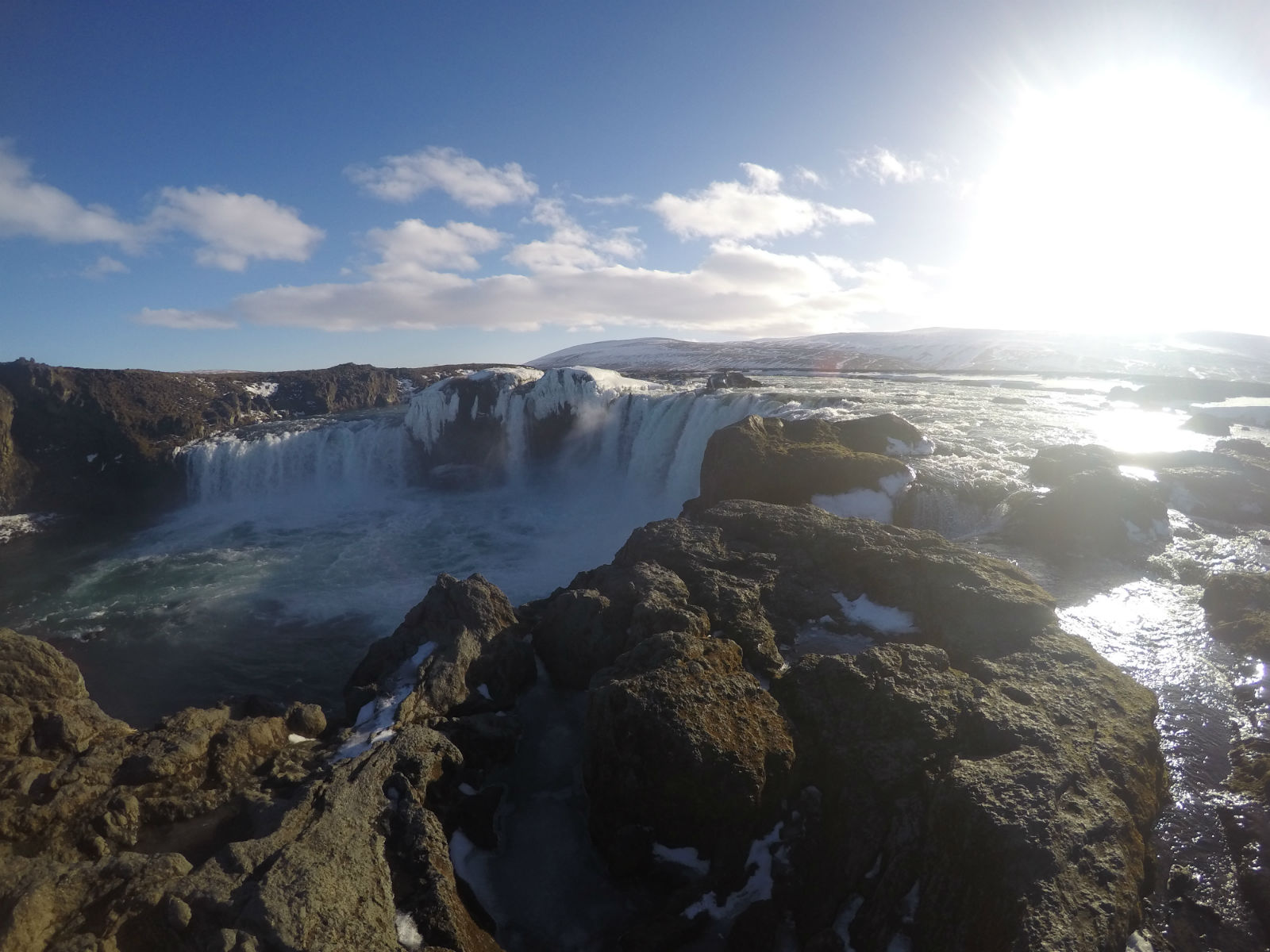 Goðafoss translates literally from Icelandic as The Waterfall of the Gods.

It’s a spectacular waterfall, famed for its beauty rather than its power, and its a place that has long had a prominent position in the history of Iceland. 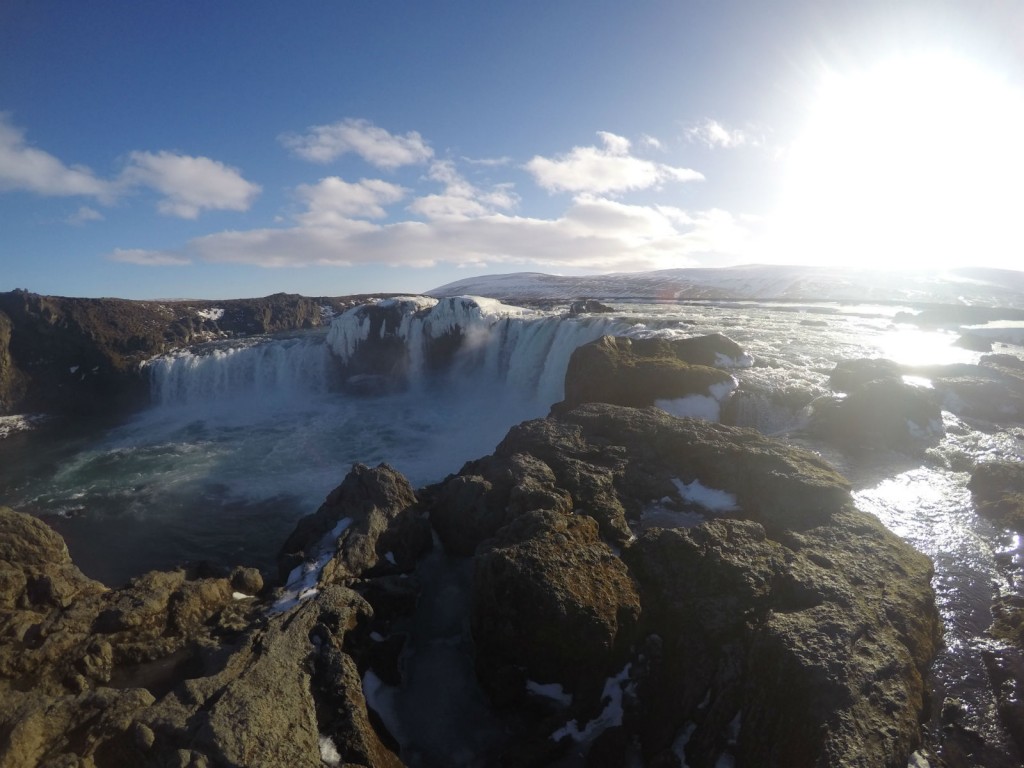 Goðafoss is in the far North of Iceland, breaking up the Skjálfandafljót river – don’t ask me how to pronounce that- a glacial river which has its origins in the highlands. And with the source of the river being a giant glacier, things get icy on the Skjálfandafljót. 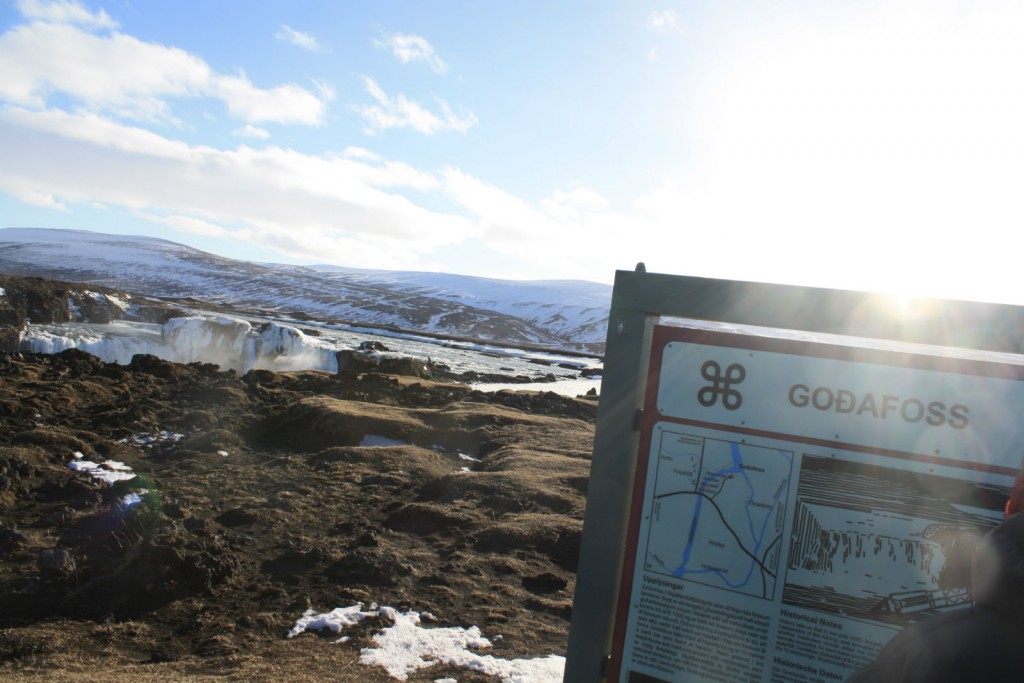 In winter, the falls are mostly frozen over and even in summer, I suspect it wouldn’t be uncommon to see huge blocks of ice hurtling over the precipice of the falls as they make their way down the river from the glacier. 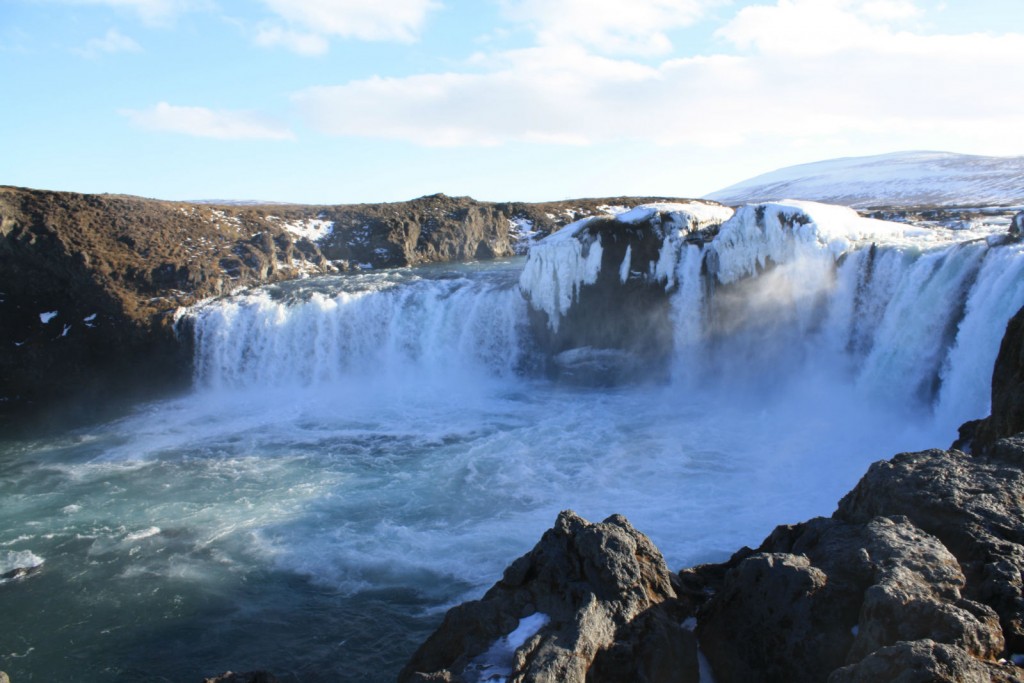 As winter drew to a close, much of what I stood on around the the edge of the waterfall was solid ice. 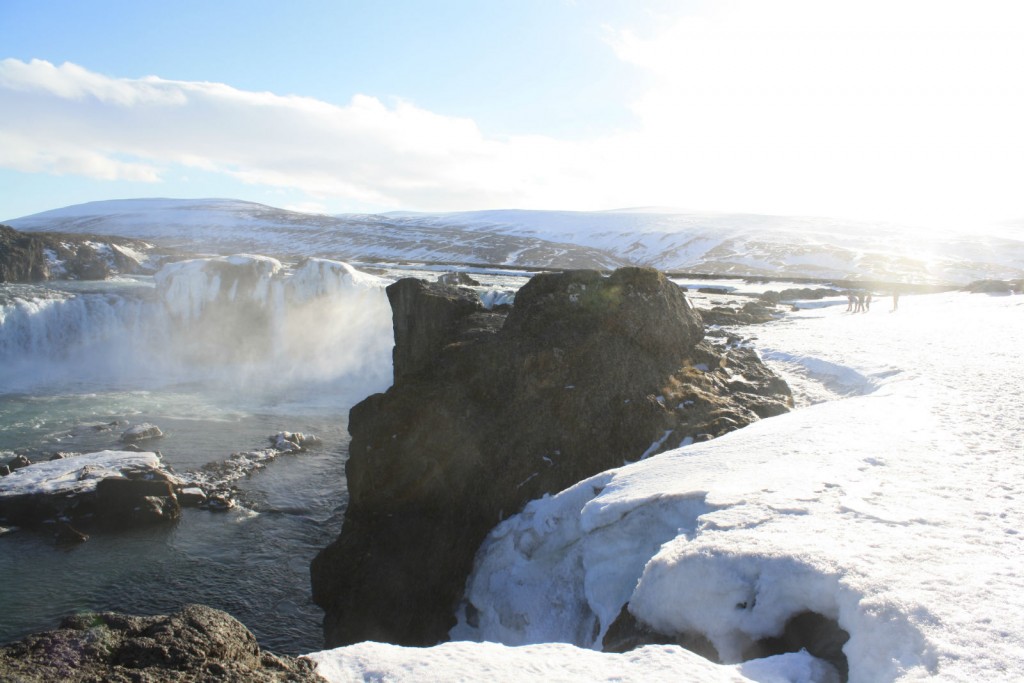 I could hear the water running underneath me, as it carved a path through the solid ice that had formed through the cold months of the Icelandic winter. In places I could see the water through gaps in the ice where I stood over the course of the river itself. 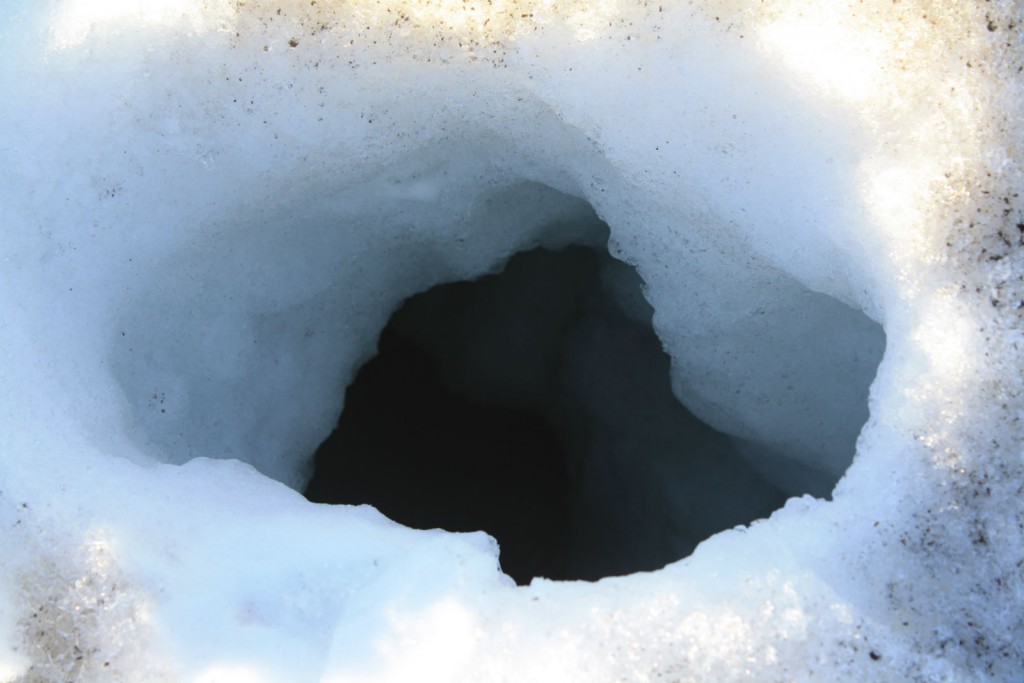 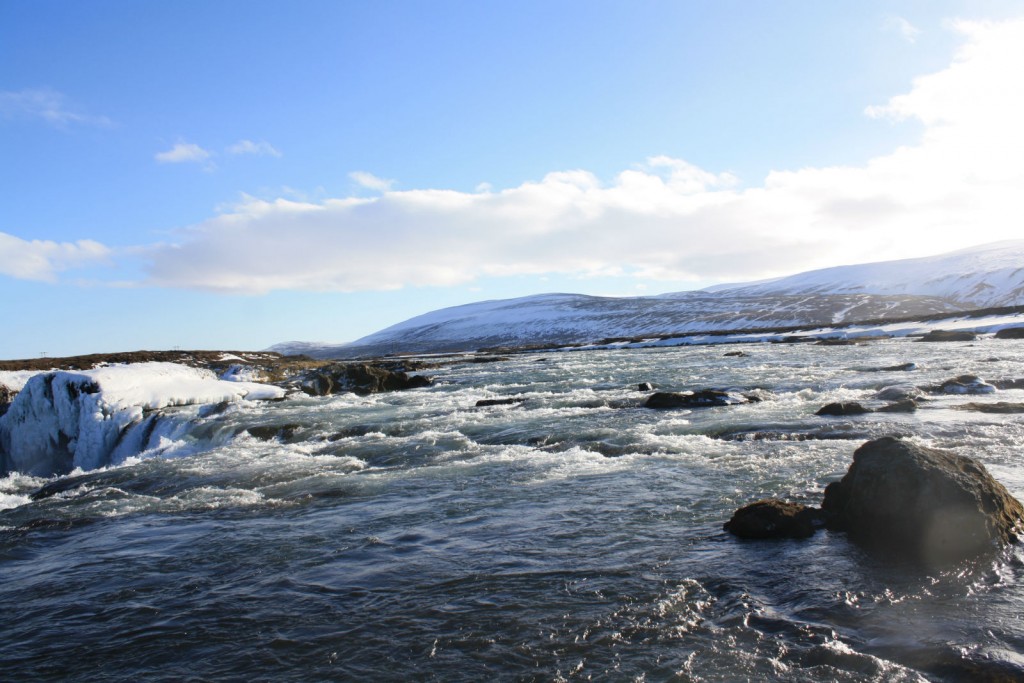 Goðafoss is only 12 metres tall, but it does have a legendary place in Icelandic history. 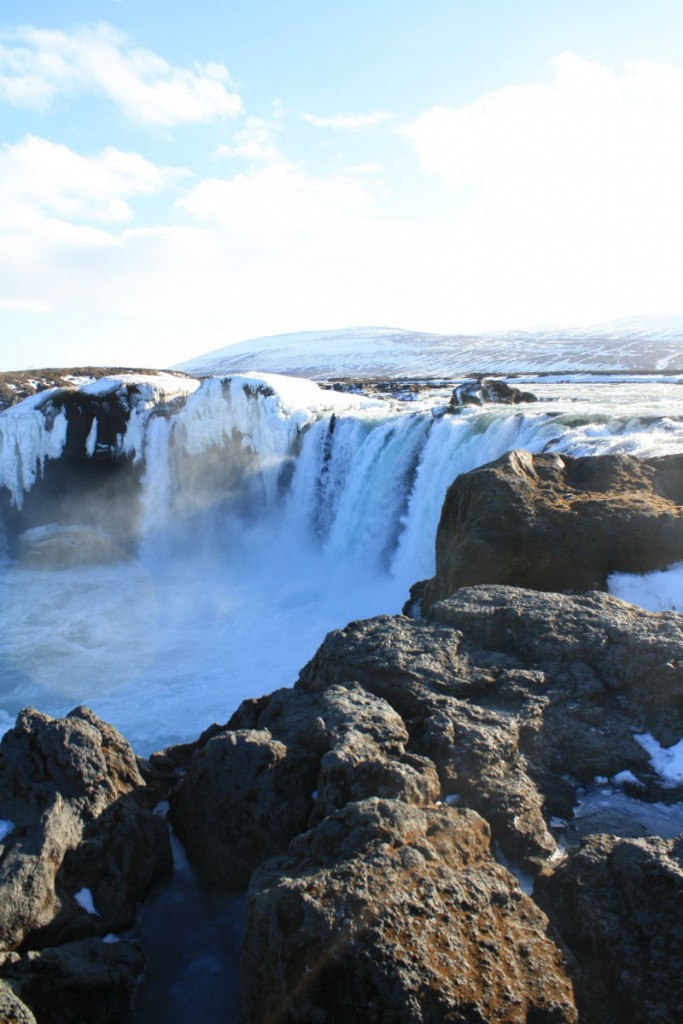 In the year 1000 AD, Iceland was in turmoil. Christianity had begun to take hold and was at odds with the Pagan way of life that had been practiced since the days of the first settlers from Scandinavia. Civil war and strife threatened to split the medieval nation apart. 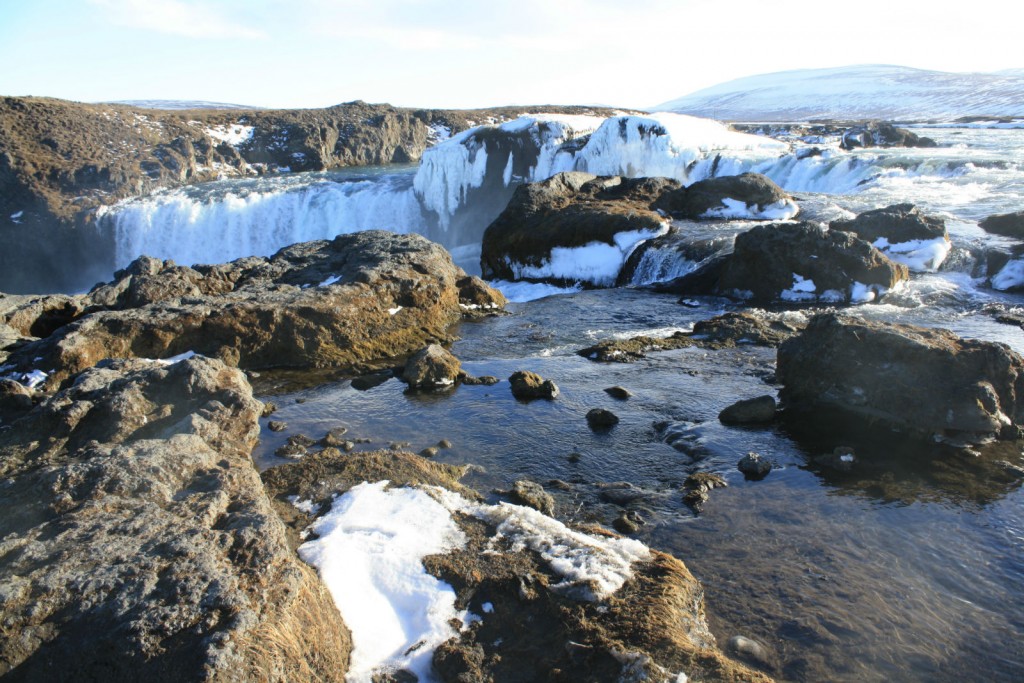 In desperation, an Althing was held, at Thingvellir– the old Icelandic parliament near Reykjavik- to find some sort of compromise between the opposing people and their opposing faiths. 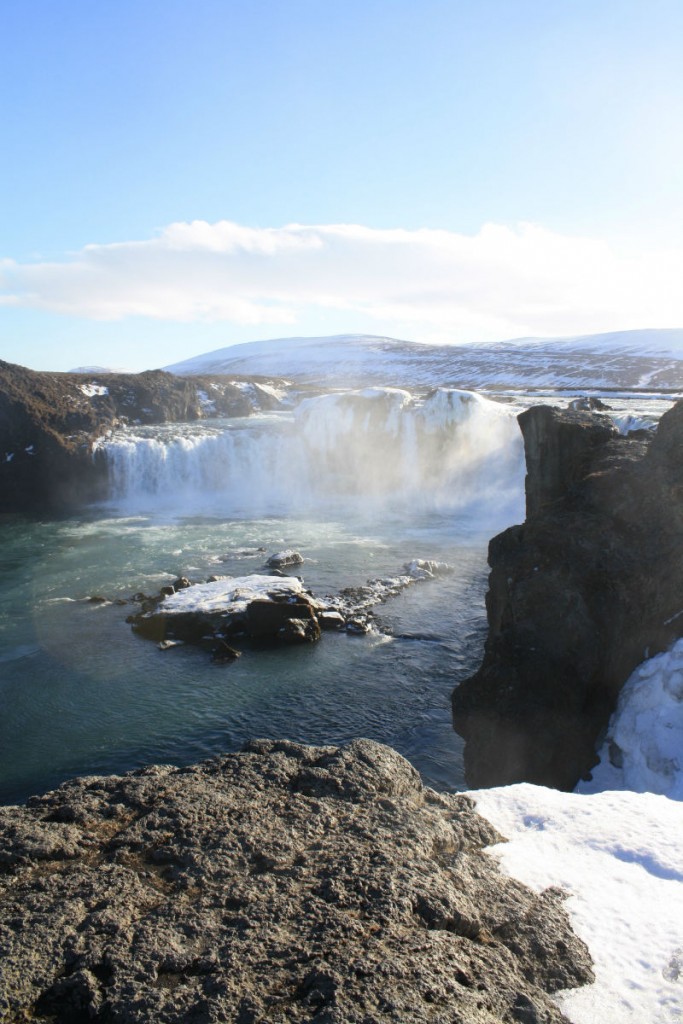 Thorgeir Thorkelsson- a Pagan Priest from the North and law speaker of the parliament- was given the task of mediating, of finding a compromise or condemning the people to war. Under pressure from the rest of the now Christian Scandinavia, he made the decision that Iceland should become Christian, yet anyone who wanted to, should be allowed to worship the Norse Gods in private. His decision was accepted by everyone- perhaps the most surprising part of the legend. 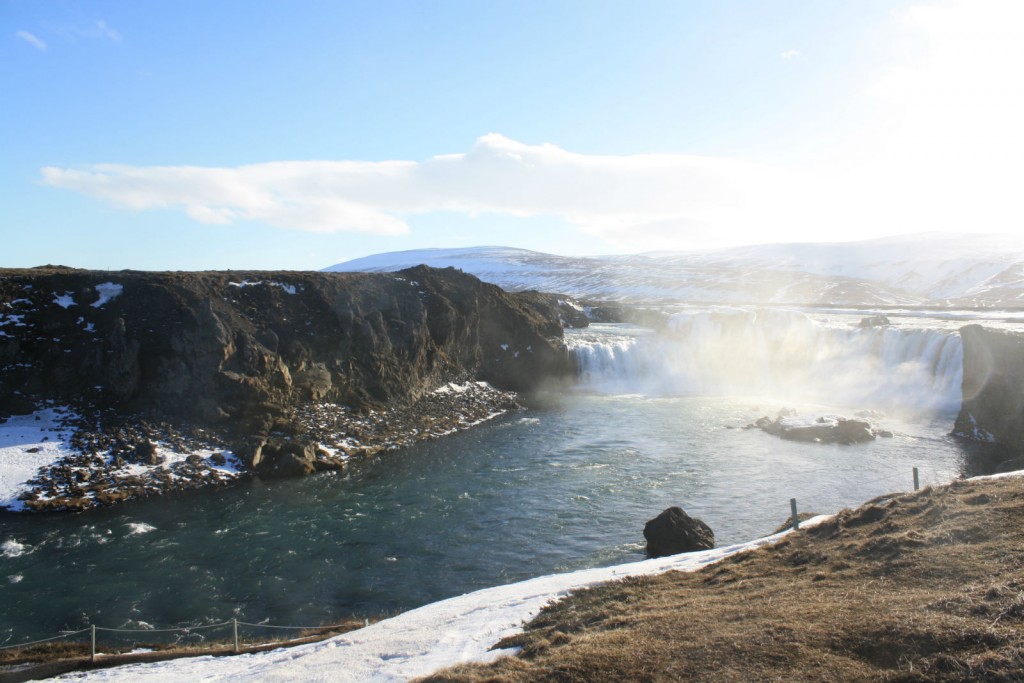 He returned to his home in the North, the instigator of peace, and on his way back he threw his old Norse idols into falls. Ever since, the falls have been known as The Waterfall of the Gods- Goðafoss, the final resting place of the ancient Norse Gods.

Goðafoss is just of Iceland’s Route 1, the main ring road around the country. For travel info check out the North’s tourism page. 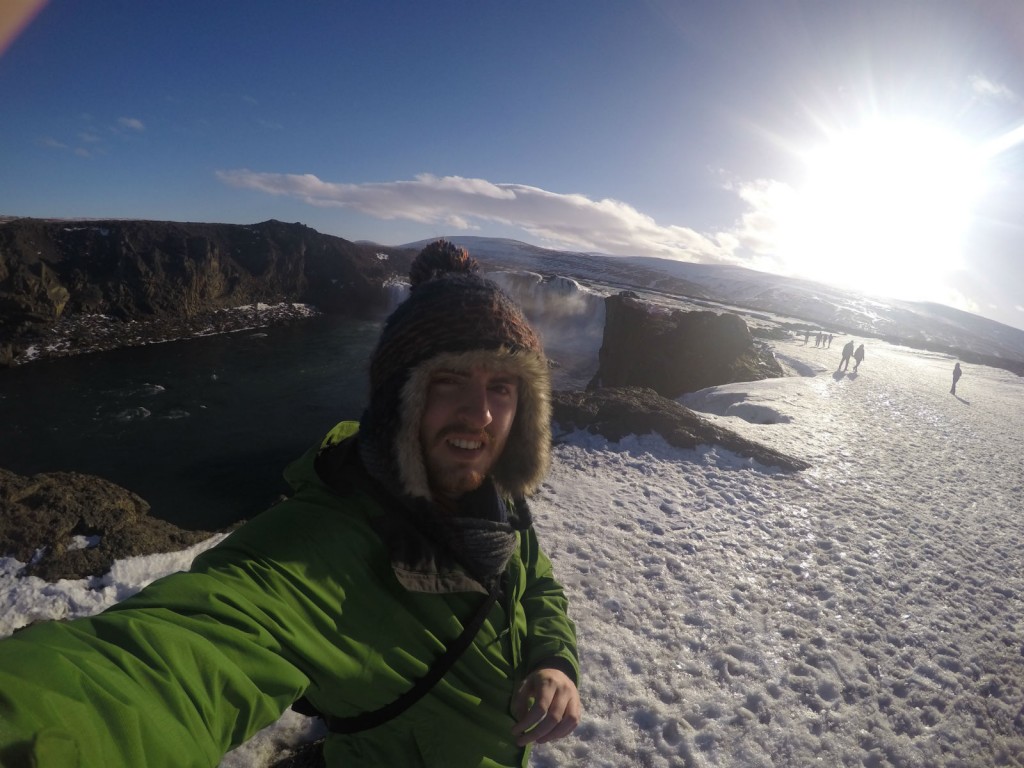 The God of the Falls