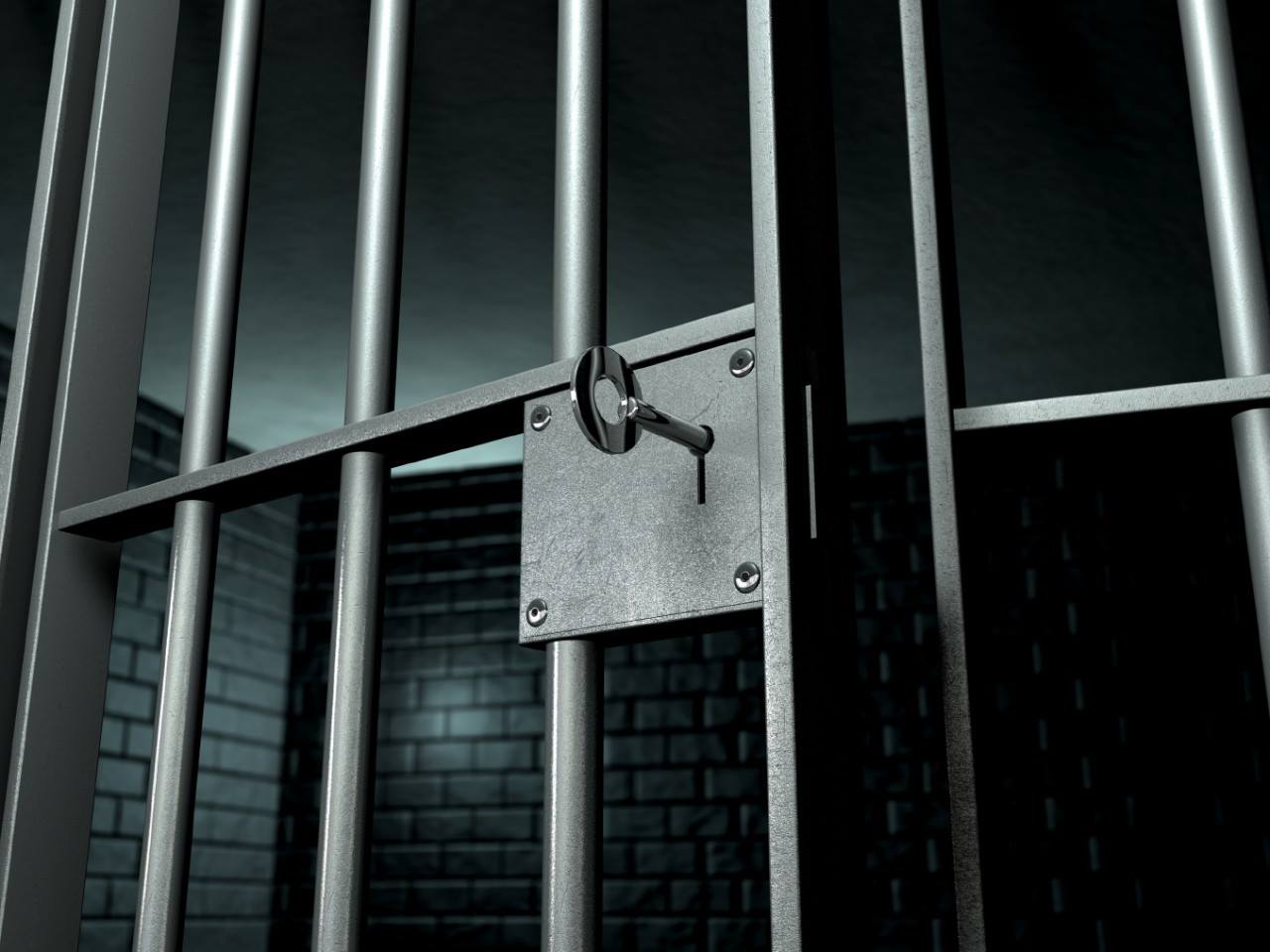 Earlier in the year I documented my daring break out from LJUBLJANA’S ELABORATE ENIGMARIUM.

In Iceland I found myself trapped in a darkened room once again- in the Reykjavik Escape Room. Would I make it out in time? 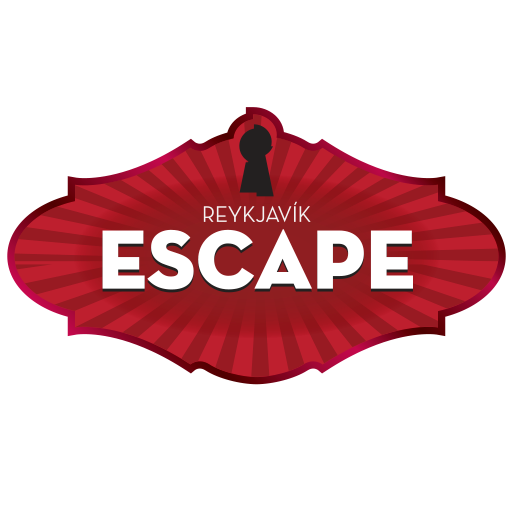 Escaping the cold of Reykjavik’s streets in the Escape Room’s reception, my mobile phone, camera- and anything that could connect with the internet- were all commandeered until the game was complete. Well, there went the photos for this article straight away. I now have to enthral you through the power of words alone.

In exchange for our flashy technology, my team was given an outdated brick of a mobile phone, with just a single number in the contact list. We were taken to the room- it was pitch black inside- and told that this phone would be our lifeline to the outside world. If we found ourselves immovably stuck or in peril within, we had to text the number for help. The door was then pulled shut behind us and the clock began to count down. We had one hour to solve the puzzles that would open the door again. God knows what would happen to us after that. 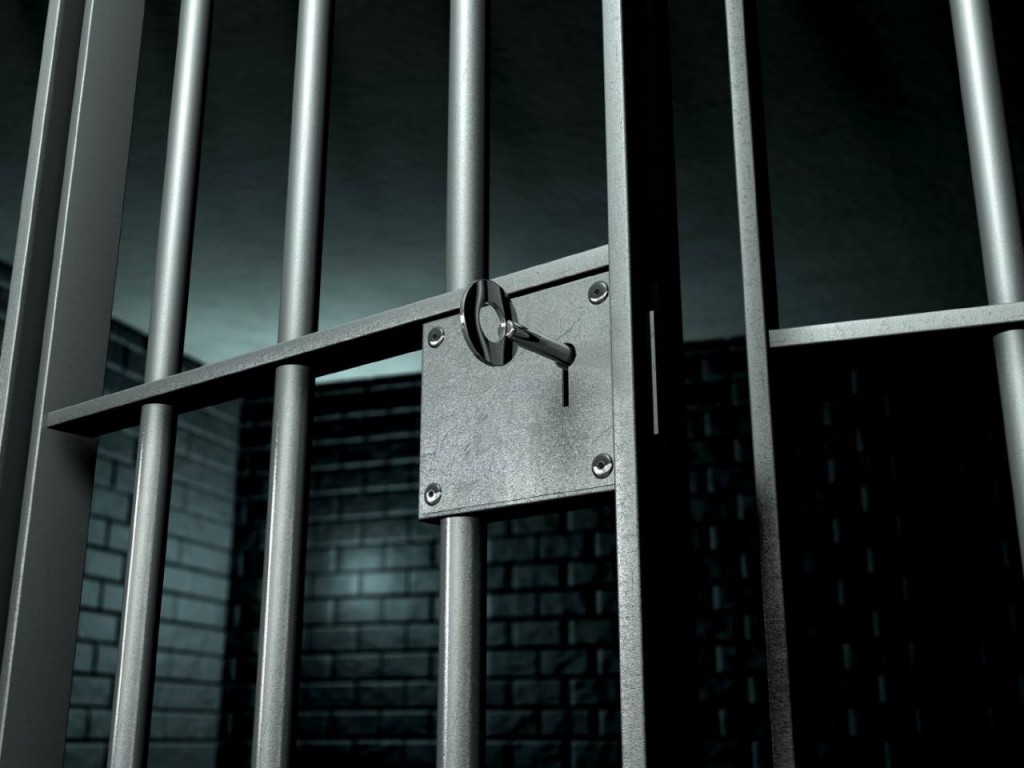 The Reykjavik Escape Room is relatively new to the escape craze, having only opened in January of this year. Hreggviður, who helped set up the business, says that the inspiration came from abroad. “We saw a similar company in Amsterdam and thought that it was brilliant. We tried out a couple in London and were certain that this would be a hit in Reykjavik Iceland. There was nothing like this at home. This could be brilliant in Iceland”.

This definitely wasn’t how I expected to spend my time in Iceland. And with the door closed firmly shut behind us, as the lights dimmed on I found myself in a surreal situation. I was in a playroom. There was a cot in one corner and toys strewn across the floor. And on the desk there was a diary. Everything else we now had to figure out for ourselves, and if things got desperate, we only had the one number on the phone to call.

At Reykjavik Escape there are 3 games to choose from. Prison Break, The Scientist and Taken. I was in the Taken room, and following the clues left behind in the diary by a girl who had escaped the playroom before. 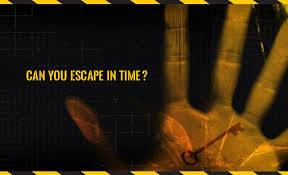 Hreggviður explains that “Putting a game together takes 3-6 months depending on the criteria. A lot of thought goes into the planning phase and there are many corners to look into. How the game is structured, is the game in tune with the story behind it? Do the clues and puzzles work properly?” And most important of all, “Is the game fun? It is not easy creating a fun and successful game. It’s hard work”.

“Inspiration for the games comes from various places. First of all, it’s basic psychology, create a path of puzzles and clues and make the team find them. We are all problem solvers in our core and we like solving puzzles and clues. Getting out of the Prison Break is a fairly simple inspiration, who doesn’t want to get out of jail!”

My problem now was how to get of the bizarre playroom I was locked in. I guess Hreggviður was right though, the real draw of escape rooms, and the reason they have become so popular, is that they appeal to our psychology. Everyone loves a challenge. Everyone loves solving a puzzle. And they are definitely addictive. This was my third escape room in a year and assuming I got out of this one, it wouldn’t be the last.

Everything in the room was potentially the next clue. We were feverishly turning everything over, but with the clock counting down and the pressure on, we were making wild assumptions and leaps. Connecting things tenuously and missing the obvious in our quest to escape.

But then the clue would fall into place, and excitedly we’d crack it. Only to find that we had simply just uncovered the next of many puzzles in this doomed playroom. And with the clock always counting down, we threw ourselves ever onward, wanting nothing more than the pride of finding the way to the end and unlocking the door.

At Reykjavik Escape, the average success rate is “30-40% between the different types of rooms”. The games are tricky enough to trap the majority of people who attempt them. Not wanting to be an unforgiving statistic,  and with time ticking away, desperation forced us to call the number on the phone. On the other end the game master wouldn’t actually give anything away though. He did run us back over what we’d uncovered, and with subtle prompting, we came to our own conclusions. Or so I tell myself. With seconds left on the timer, we eventually solved the final clue- that had all begun with the diary on the desk- and the door opened for us. 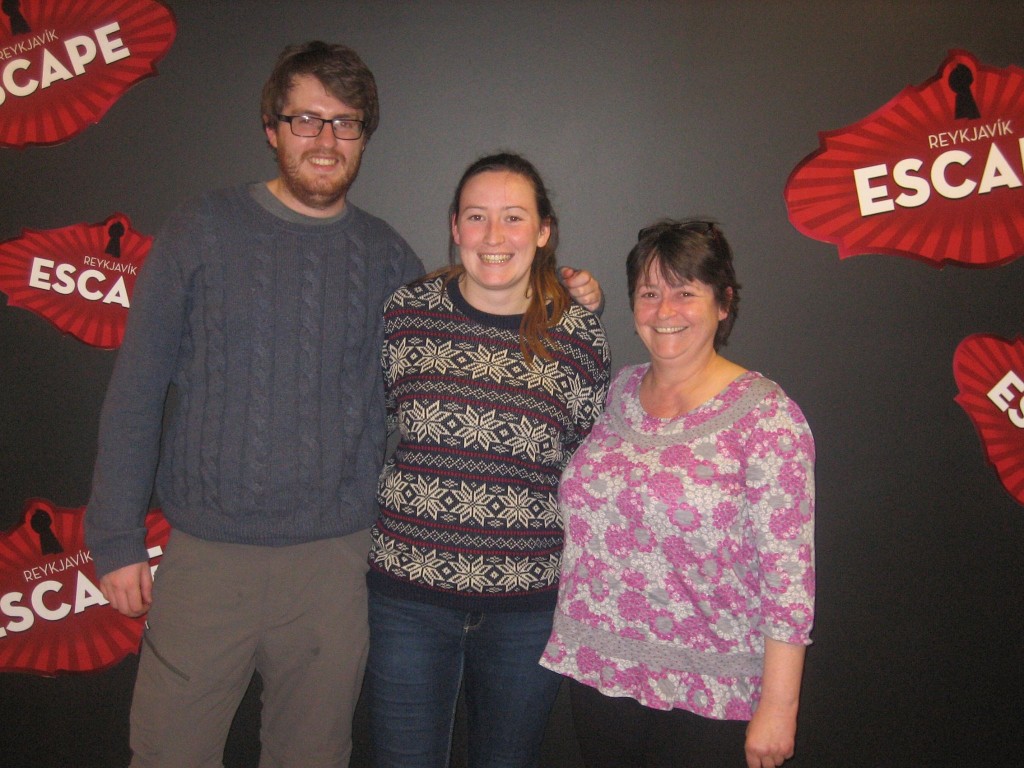 A proud moment for the team…

We even had a few minutes to spare. Back in the waiting room, feeling suitably proud of our daring escape, we waited for the rest of the games to finish. Ultimately, the other gamers didn’t make it out in time though.

Next time I’m in Reykjavik, I’ll be trying the Scientist and Prison Break. I’ve got an escape streak to keep going now.

Think you can Escape? Find out more at Reykjavik Escape.

Thanks to Hreggviður for his escape insights and pictures.

I Snorkeled Between Tectonic Plates in Iceland