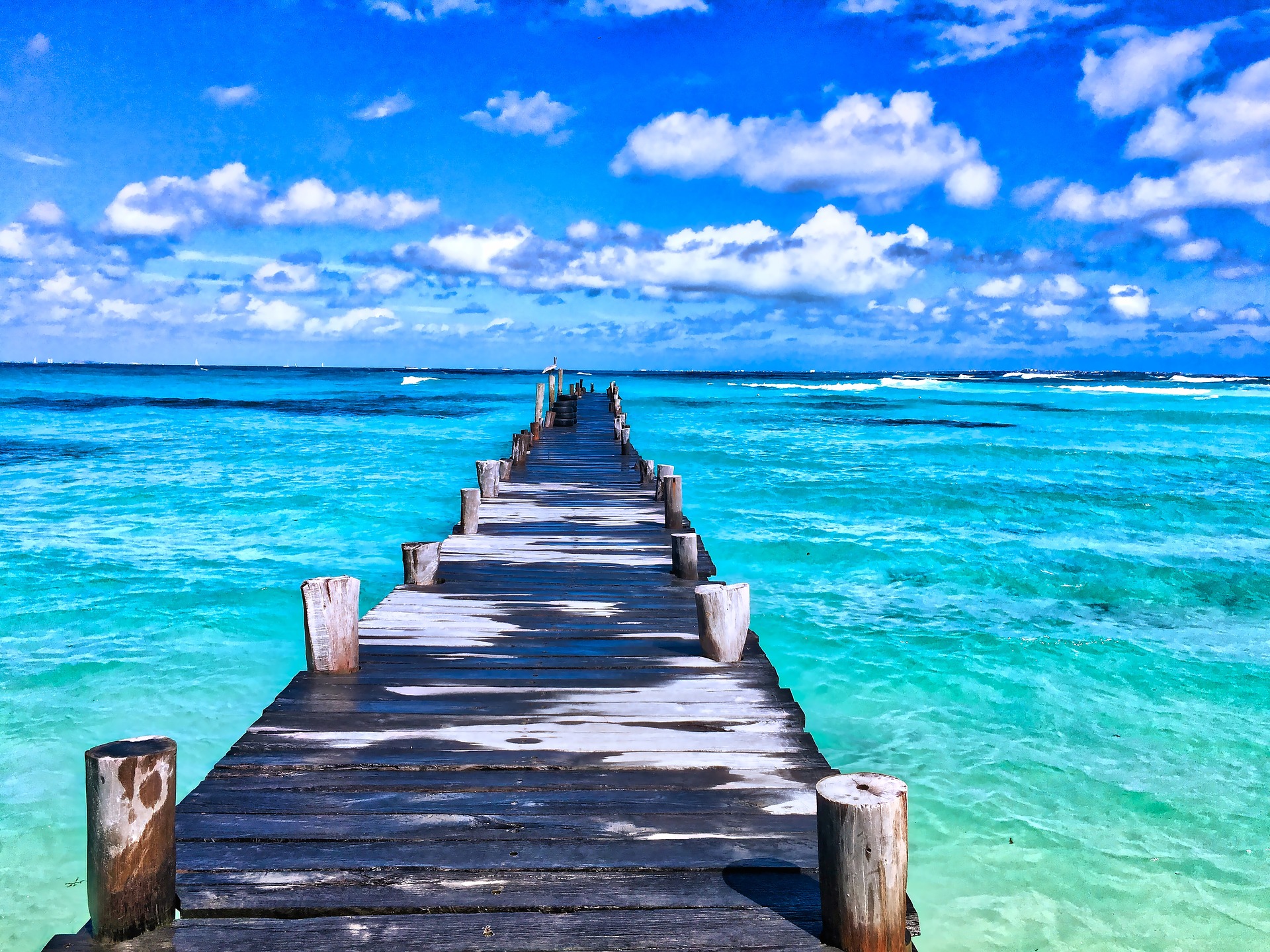 There are many reasons why I’d love to visit Mexico, and it’s not just for the tequila and tacos. No, I’m interested in the history, from the Aztec and Mayan ruins to the Spanish colonial cities. I want to see what this nation of contrasts is really like, from the tropical beaches and luxury Mexico vacations of the Mayan Riviera to the chaotic streets of Mexico City.

I’ve been back in England now for the past few months, but as always, and despite the unusual summer sunshine this year, I’ve got itchy, itchy feet. I’ve got my plans for the autumn already lined up, and I’m counting down the days – more on that will be revealed soon! – but now, I’m looking to the future too, and after much wanderlust, travel writing and research, I’m starting to think that I should be travelling to Mexico next year!

So, in my day dreaming while I watch the last of the English summer days slip away as the rain starts to pour down once again, I wrote this article on just why I’d love to visit Mexico.

Let me know in the comments if I’m being realistic, or if the Mexico I’m thinking of really is the stuff of dreams or simple stereotypes… 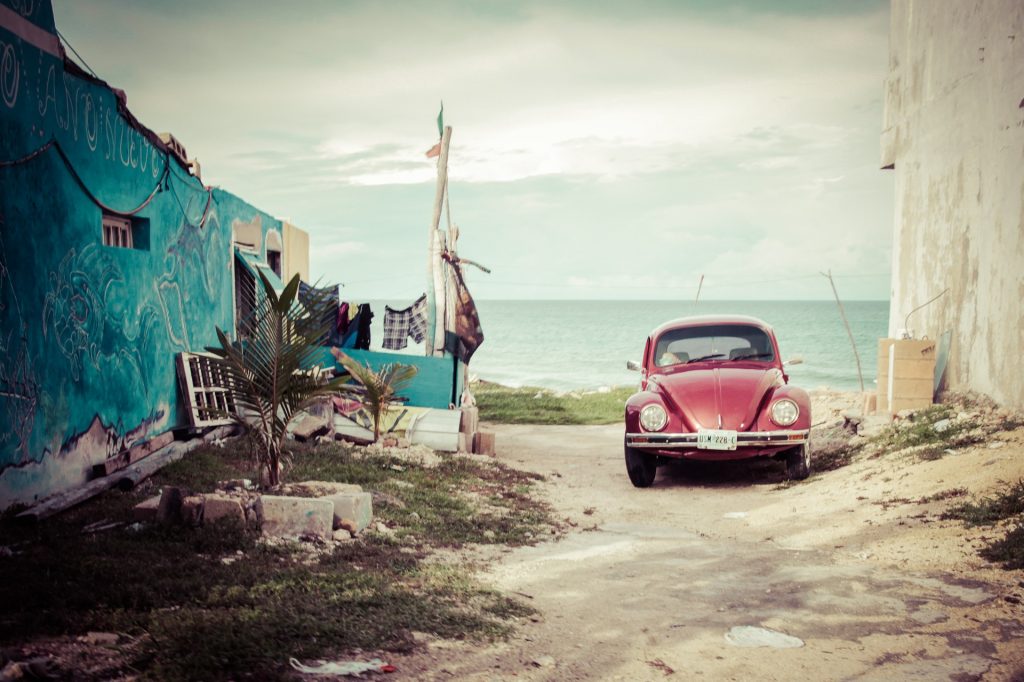 The Chaos, History and Culture of Mexico City

Perhaps I’m being naive in wanting to visit Mexico City, and in wanting it to be my first stop if I do make it across the Atlantic to Mexico. I know a lot of people that have been to Mexico, but no one’s ever really told me: ‘You have to go to Mexico City!’

Sure, Mexico is much more than its capital, but it’s the CAPITAL. It looks like an incredibly historic place, a city that’s built on Aztec ruins, that’s full of colonial architecture and modern Mexican culture. It might be chaotic, busy and absolutely enormous, but I’ll give the city a chance. I can always catch a bus to the beach. 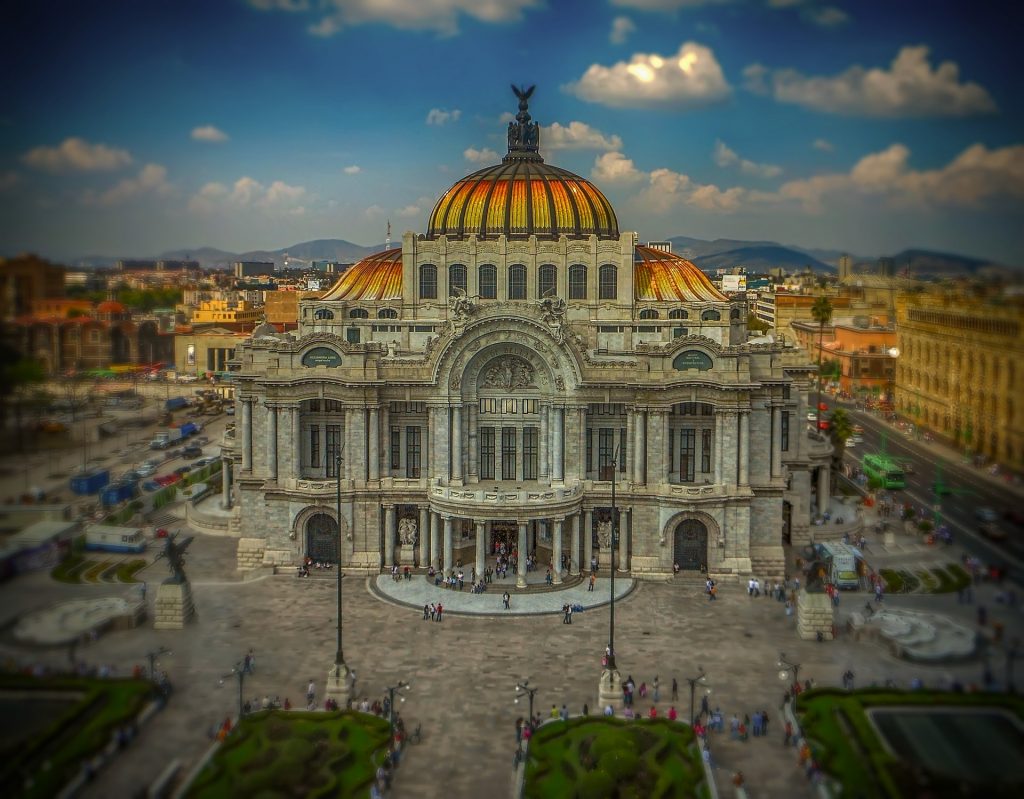 Cornish pasties in Mexico? Perhaps I am delusional. But no, my second stop after Mexico City on my ideal Mexican travel itinerary would be in search of the fabled Mexican Cornish Pasty. What about burritos, and tacos? And all things quintessentially Mexican, I hear you ask? Well, I’m always in search of the unusual, and there’s a small, colourful town in central Mexico named Real del Monte that was founded by a group of coal miners from Cornwall in the 19th century. They brought with them to the sunny climes of Mexico, the infamous Cornish Pasty. The village is supposedly very English looking and although the recipes have changed slightly over the years, the Cornish Pasty is unmistakably very Cornish. 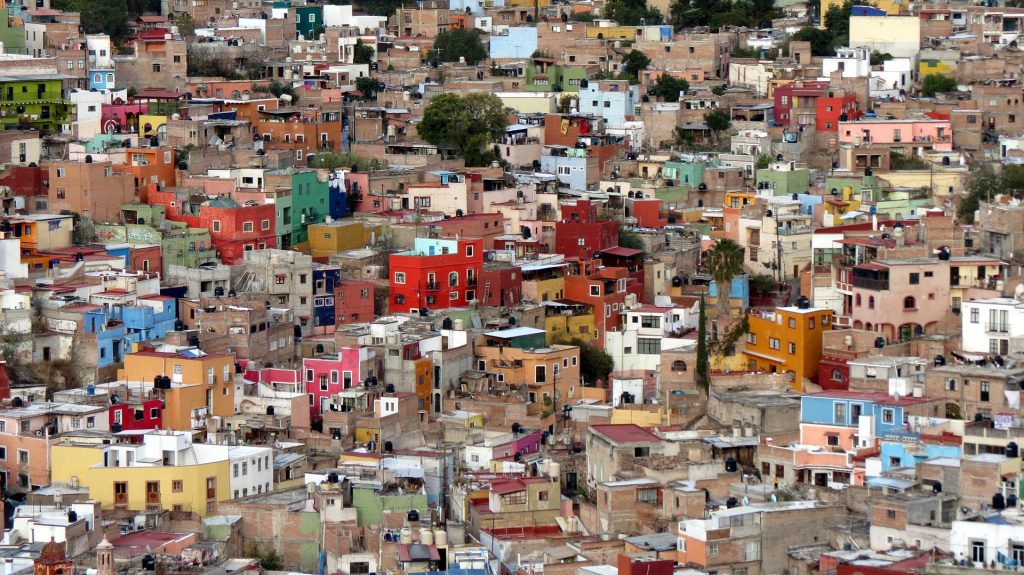 Okay, now I’m talking about the good stuff! Or, I might just be very stereotypical in my assumptions on Mexican drinking culture and cuisine. Either way, I hope to either verify these assumptions or annihilate them completely. Hopefully, this will be achieved through the consumption of copious quantities of tequila and tacos and everything else Mexican – including Cornish Pasties.

I’m excited to try authentic Mexican food because as much as ‘Mexican Food’ has long had a resident place in my heart and stomach, I’ve never had the opportunity to try the real stuff because I’ve never been there. I love the fake English version of Mexican cuisine, and I’ve had many a tequila shot and a bottle of Corona with that wedge of lime stuffed in the top when it’s sunny outside, but that all sounds very cliche doesn’t it? I’ll love it if it’s true though and if it’s not, I’m sure I’ll love the real deal even more. 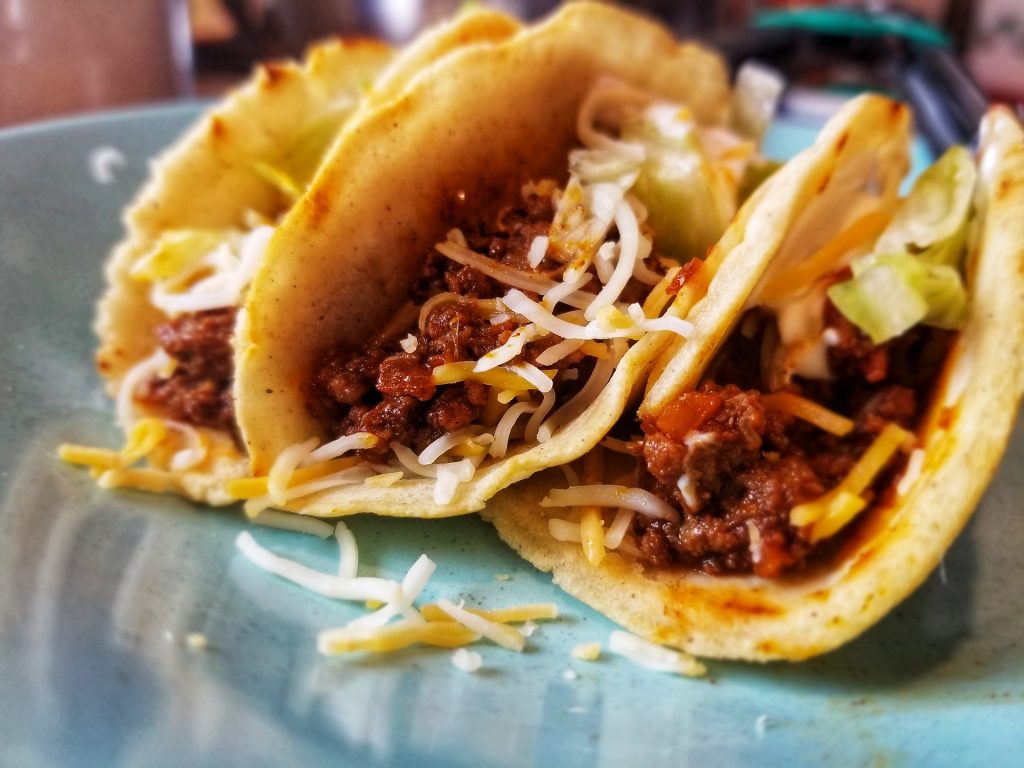 I think the highlight of any trip to Mexico for me – after the Cornish Pasties, Tacos and Tequila of course – would be exploring the Pre-Hispanic Ruins that are found across the country. Anyone that reads this blog – or, to be honest, who has even glanced at a few articles – will know that I pride myself on delving into the history of any destination I’m lucky enough to visit.

I feel that without learning about the history of how the country got to where it is today, then it’s impossible to really know anything at all about a place. Mexico is full of ruins and history, much of it hidden away in the dense jungles. I’ll want to see what was here before the Spanish colonisers arrived on the shores. I want to see the Mexico City Pyramids, the Aztec ruins, the Mayan cities in the Yucatan that were abandoned. The more I research, the more I realise, there’s so much out there and probably a lot yet to be discovered. 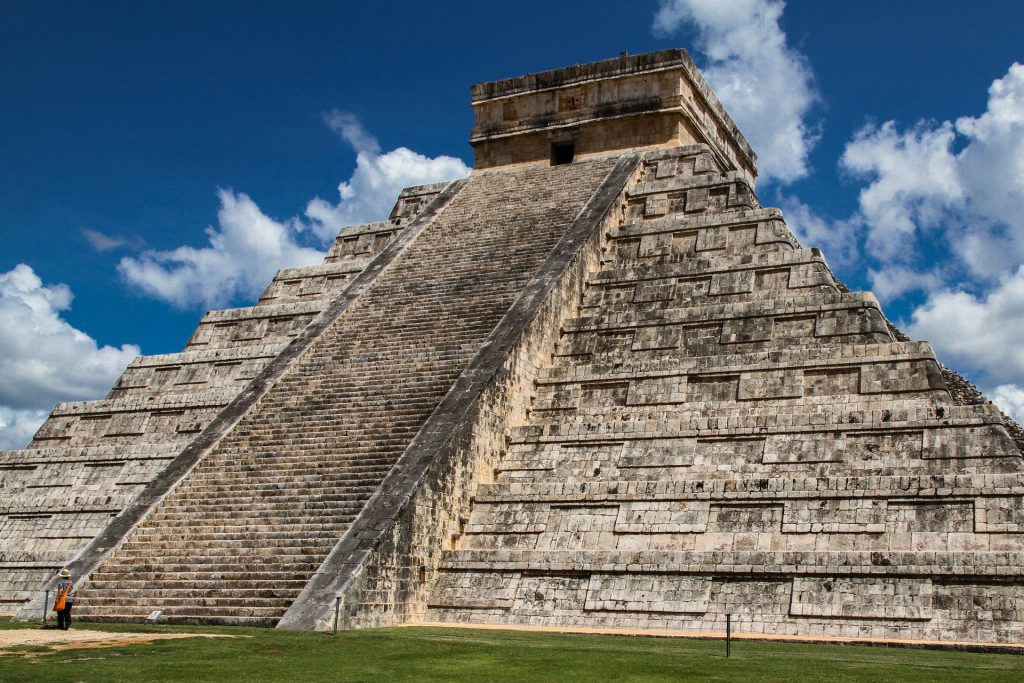 And of course, after all that Pre-Hispanic history, I would want to immerse myself too in the Spanish colonial culture that led to the diverse Mexican way of life you see today. There are many wonderful Spanish built and influenced towns and cities across Mexico, many of them wonderfully colourful and architecturally distinct. There’s almost too many to list them here, but a few I’ll want to visit for definite are Puebla, San Miguel de Allende and of course the Spanish home of Cornish Pasties that I already mentioned – I’ve mentioned Cornish Pasties quite a few times in this blog post about Mexico, haven’t I? 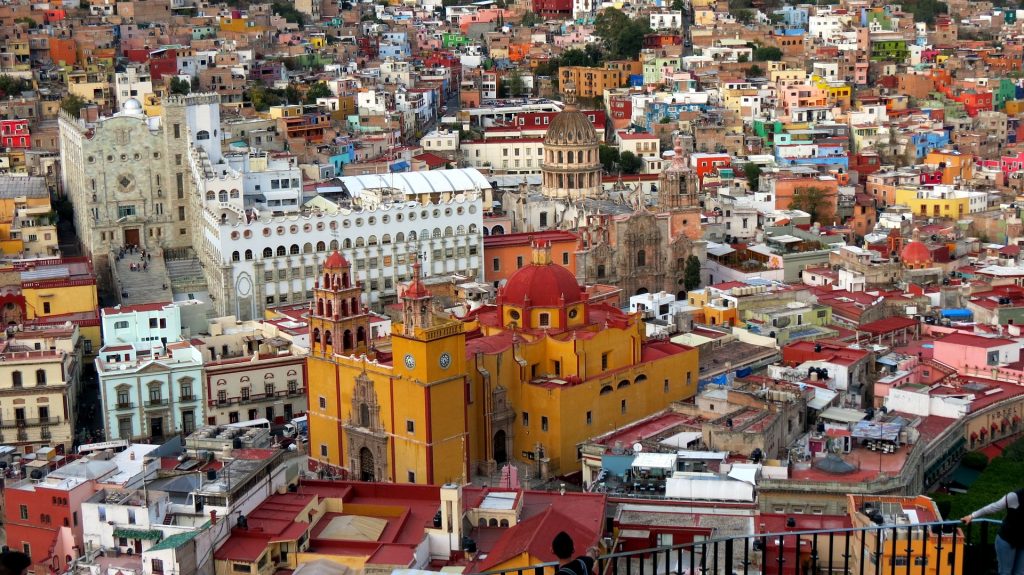 Ahh, the beaches. I’ve seen some beautiful beaches in my travels across the world, but I know that Mexico’s will be up there with the best. Of course, at some point, I’d find myself on a Mexican beach. After travelling deep into the jungles in search of ruins and eating a thousand Cornish Pasties in old mining towns, I’ll be ready to kick back on the beach and relax a little. I’ll be interested to see what Cancun and the Mayan Riviera are really actually like, but of course, I’d be looking to get off the beaten track and to find a few sleepy fishing villages where time just rambles on past very slowly. 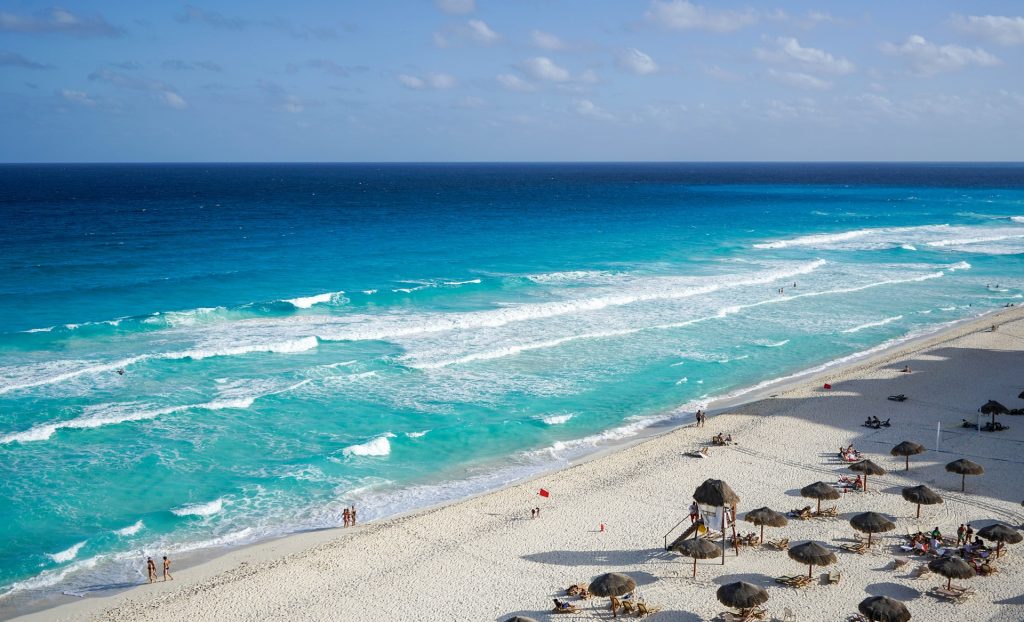 Have you visited Mexico? What would you add to a Mexican itinerary?

All pictures from Pixabay