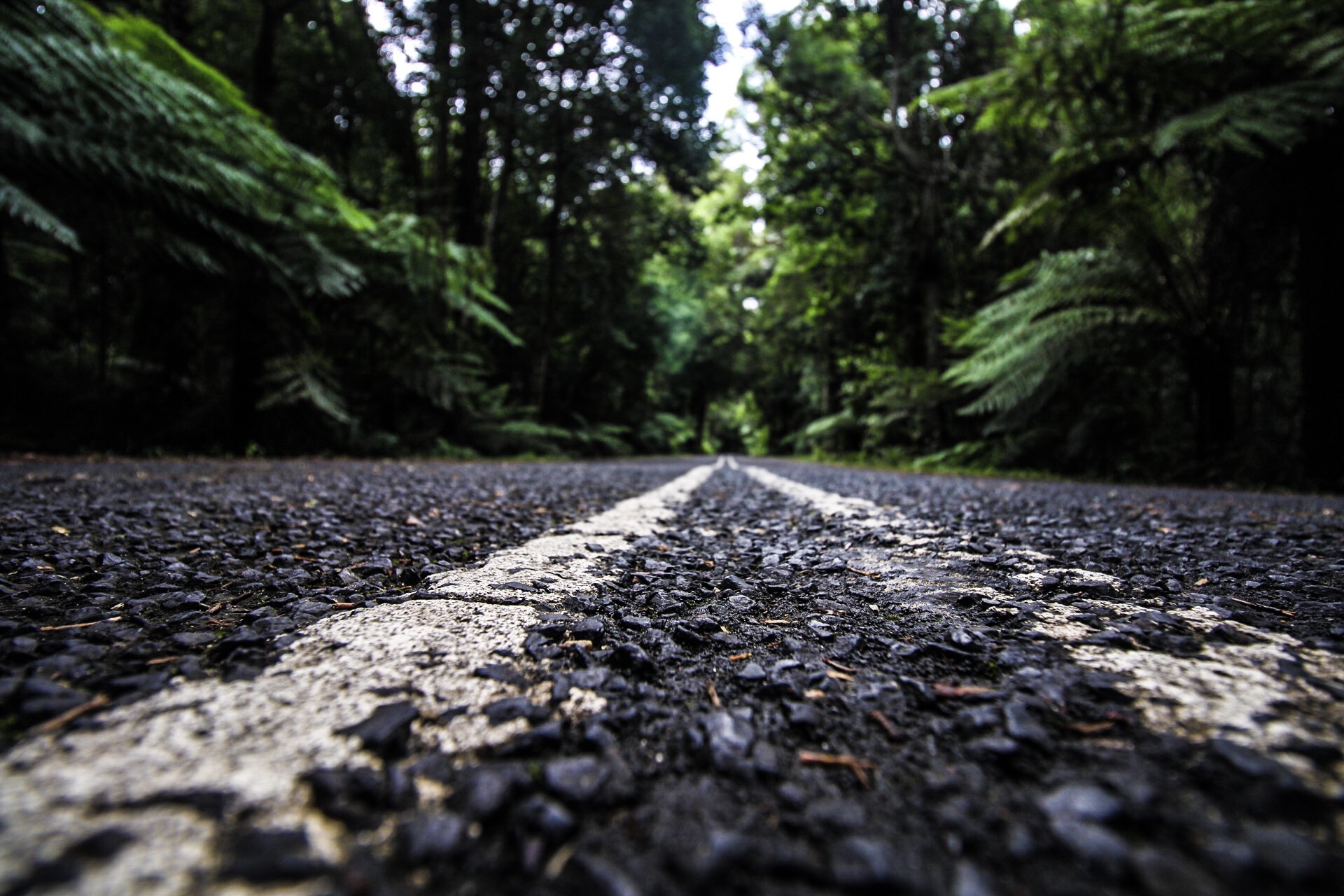 In Pictures: Sydney And The Blue Mountains

I’m on the road again! After an adventurous time getting off the beaten track and exploring East Timor I’ve ended up somewhere a little more explored, a little different but equally epic.

I’m finally back in Australia.

I spent most of 2017 road tripping and working in Western Australia, getting right into the heart of the Outback and experiencing remote life in WA.

It was an experience, but I never made it over East. Until now.

I’m here on the East Coast of Australia to road trip up as far North as I can from Sydney- probably to Cairns, if not further, weather permitting. I’m hoping to finally be able to answer the age old question of travellers to Australia, East or West?

My first stops on the East Coast were Sydney, and the nearby Blue Mountains, and here are the best pictures from the first few days of what will be a long and eventful road trip. 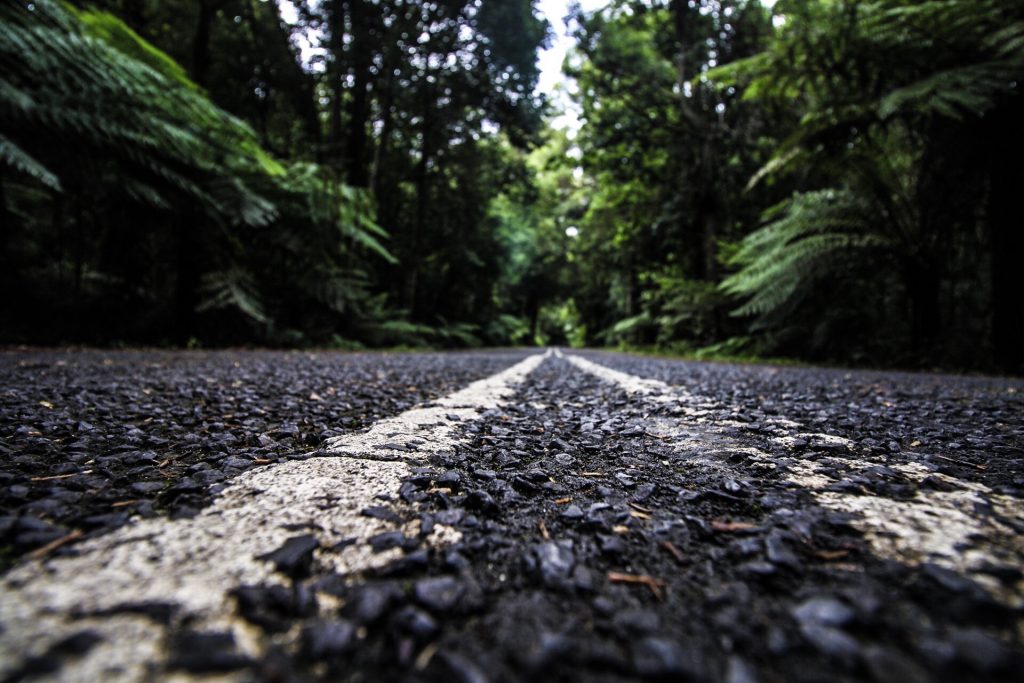 Sydney Harbour Bridge – An Icon Of Steel In The City

My first port of call over East was the iconic city of Sydney, the first city to be founded by European settlers in what would become the nation of Australia, and a city with notorious beginnings in the 18th Century as a giant convict camp.

Things have changed a lot since those early colonial days, and Sydney is a progressive world leader of culture, architecture and generally high living standards.

The real icon of this city though, in my personal opinion, is the steel giant that is Sydney Harbour Bridge, and I’ll be honest, it’s where I spent a lot of my short time here, trying to find the best angles for a photograph of this enormous structure. 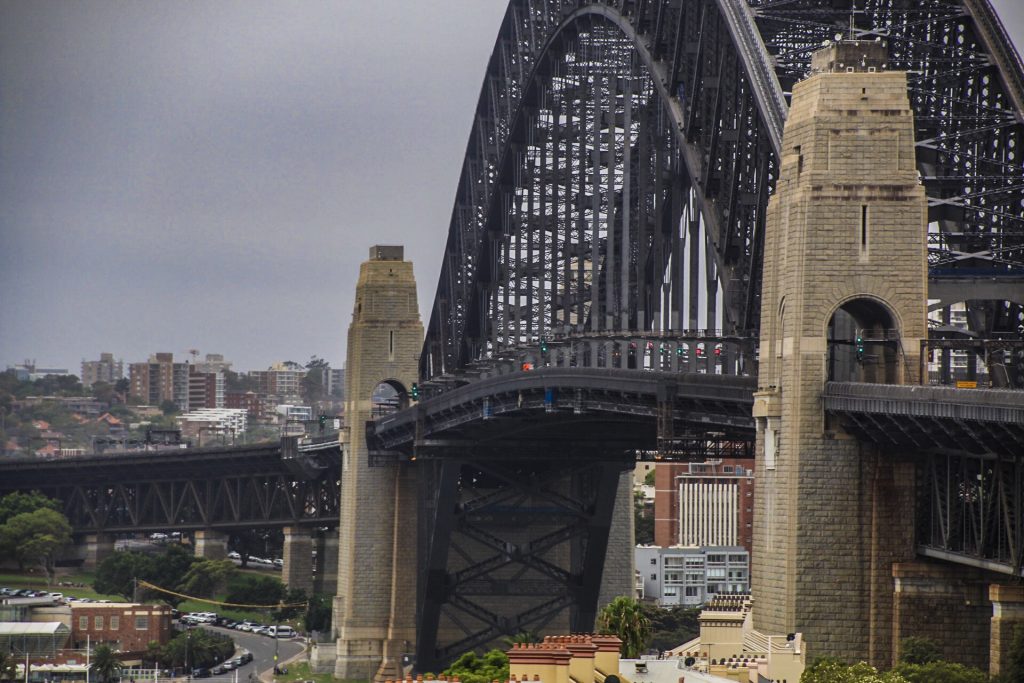 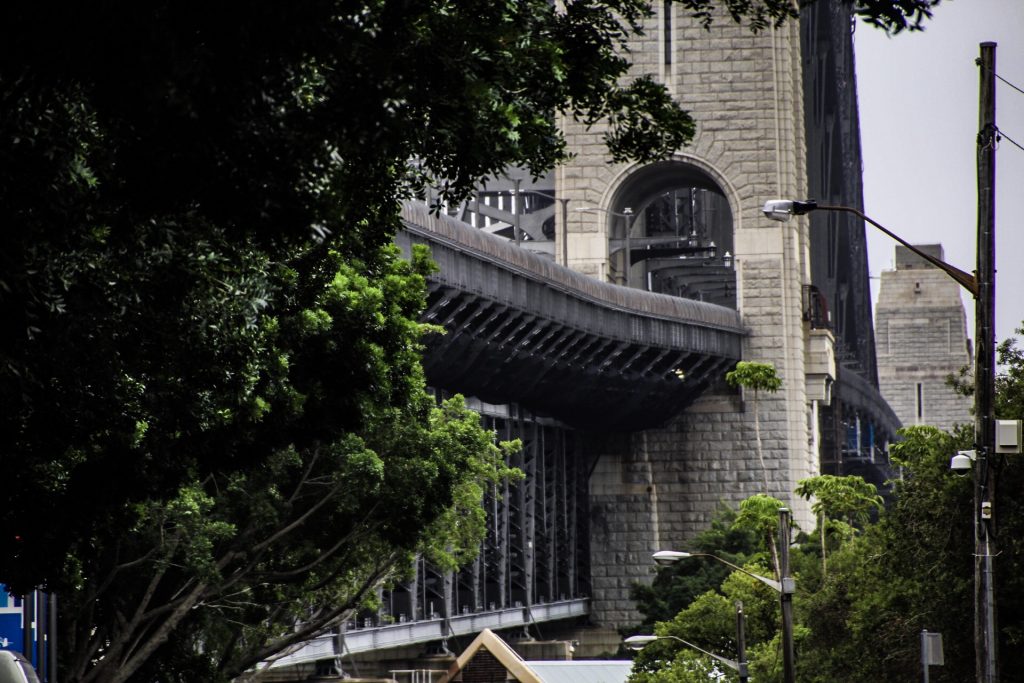 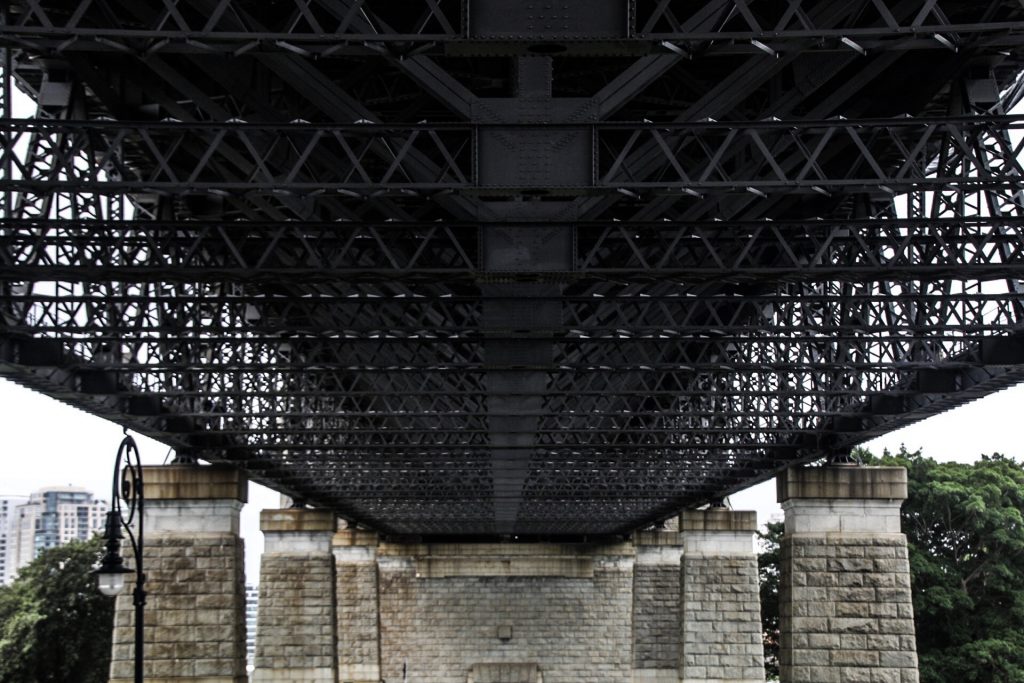 This enormous steel giant crosses the expansive Sydney Harbour, and was constructed in the 1930’s when a young Sydney was beginning to find its feet as a city. 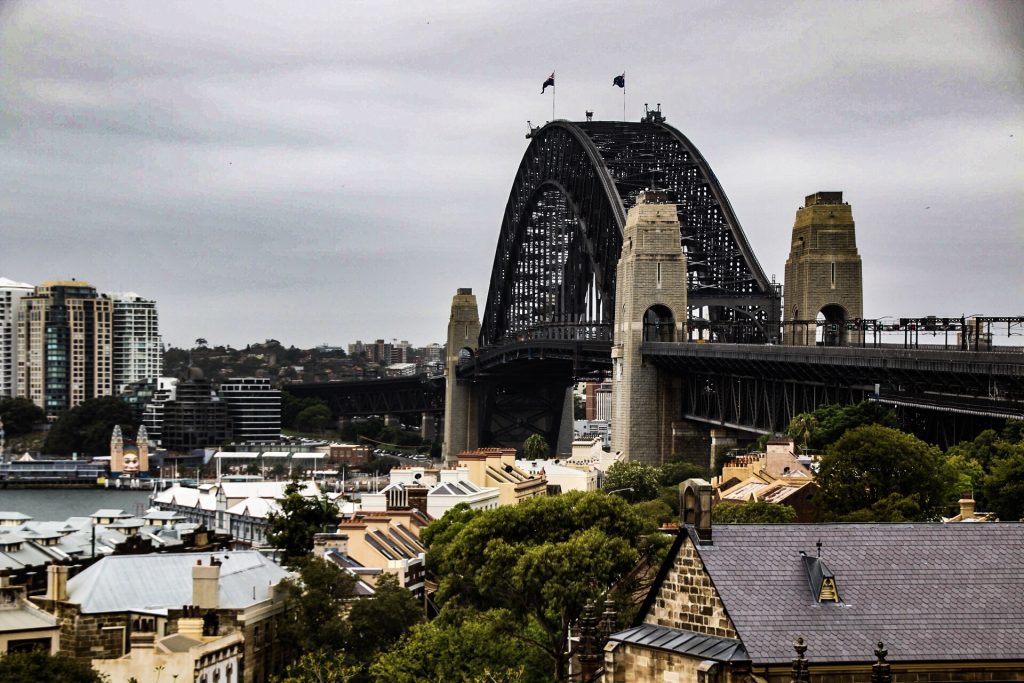 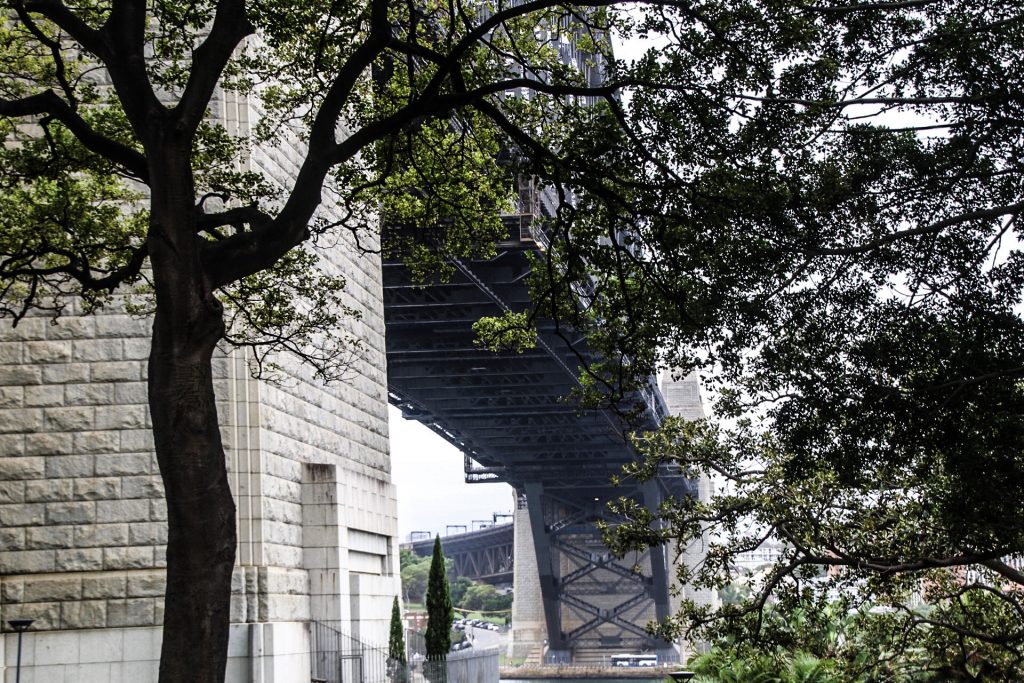 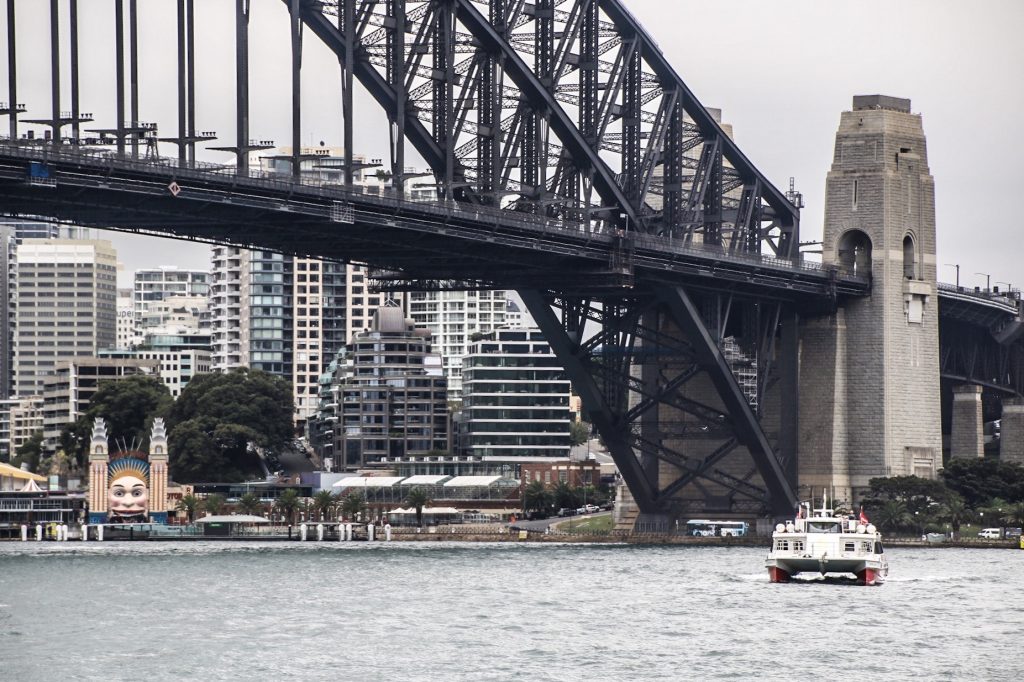 The rest of the skyline of Sydney of course, is equally spectacular in its urban demeanour, and across from the beastly bridge is the equally iconic and possibly more photographed Opera House. 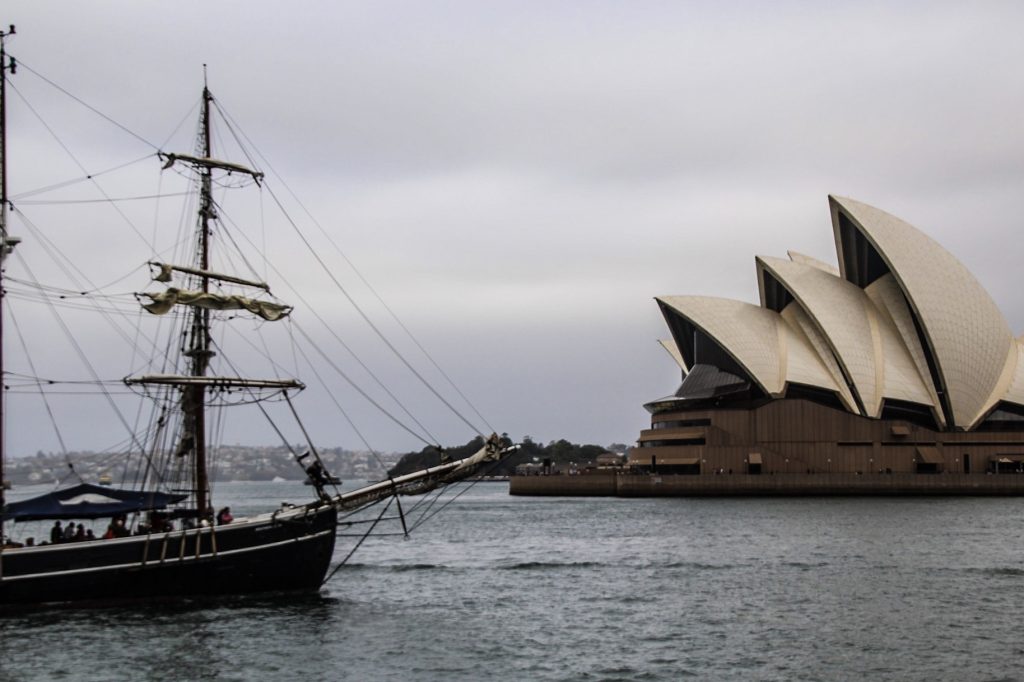 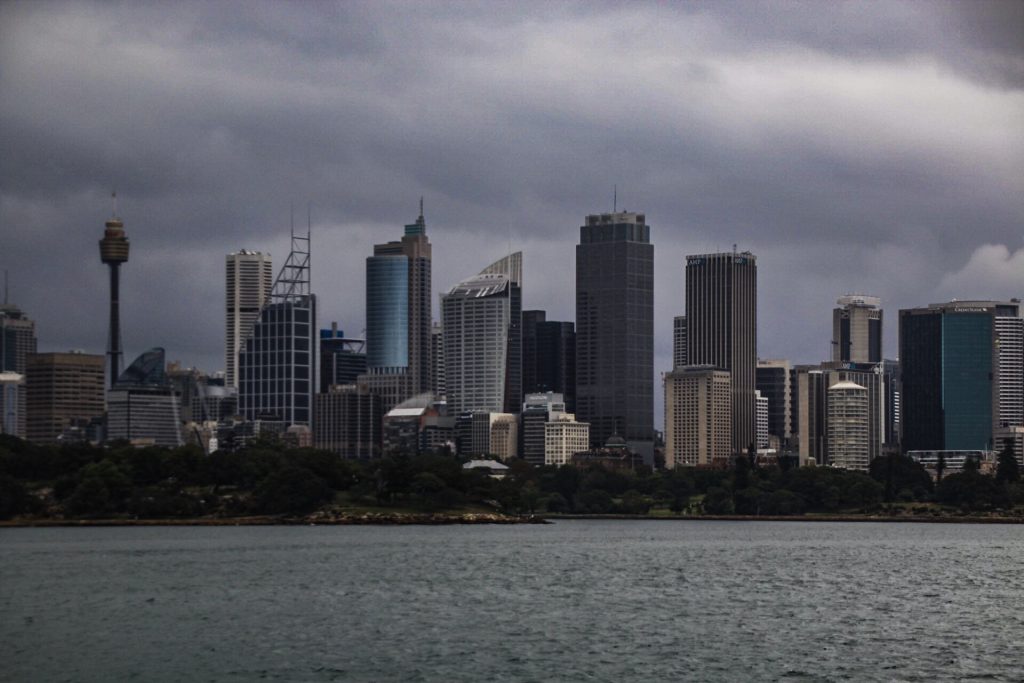 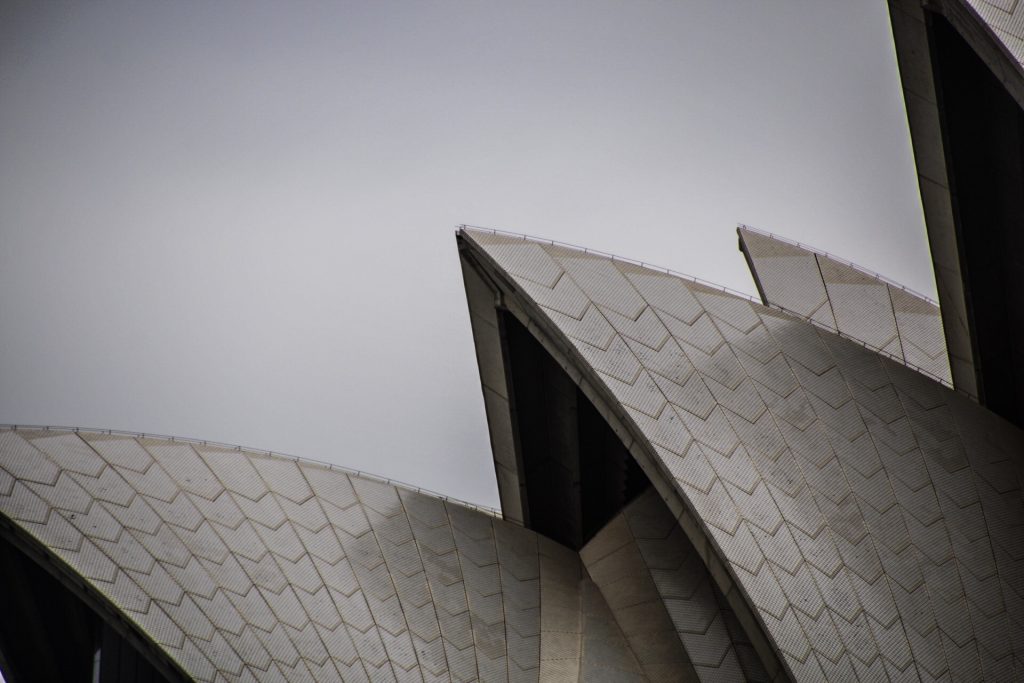 Into The Blue Mountains Of Sydney

My time in the city was brief, Sydney is great, but after seeing those great and famous sights it was time to move on. Australia is a vast country, and there is a lot to see, and this trip, time is going to be my shortest resource.

Outside of Sydney I ventured into the Blue Mountains, a formidable yet scenic range of ridges, mountains, rivers and plateaus that surround the city. 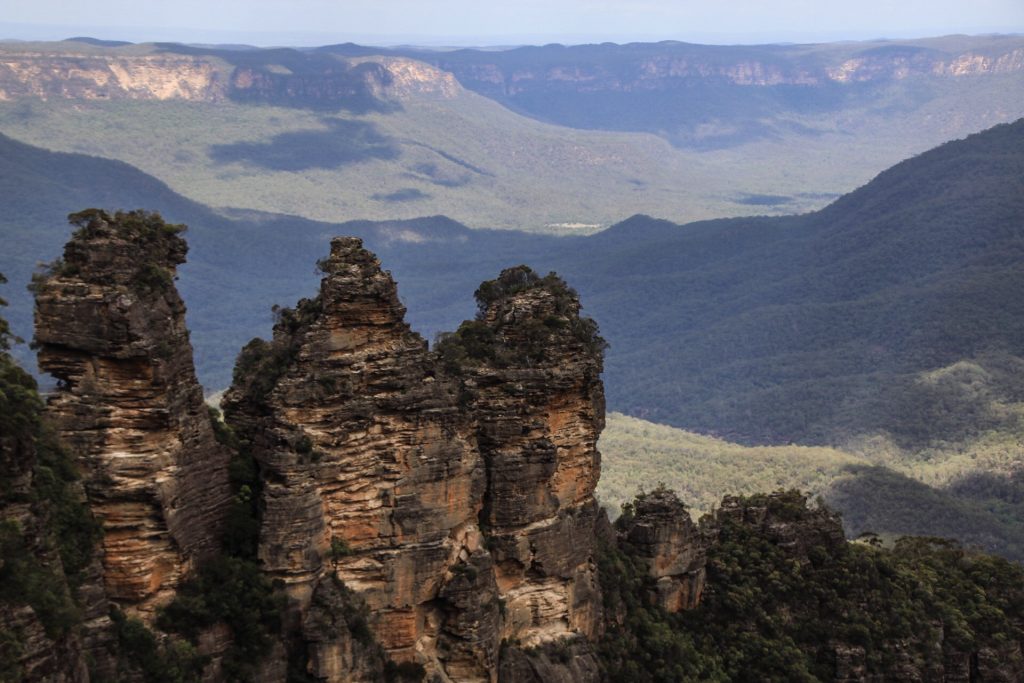 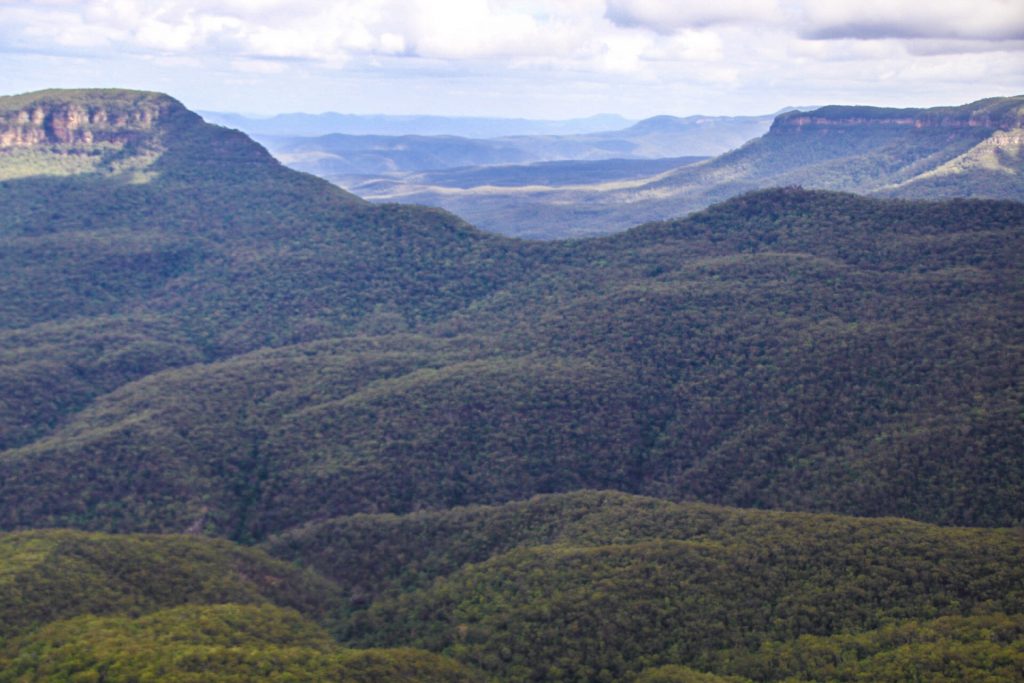 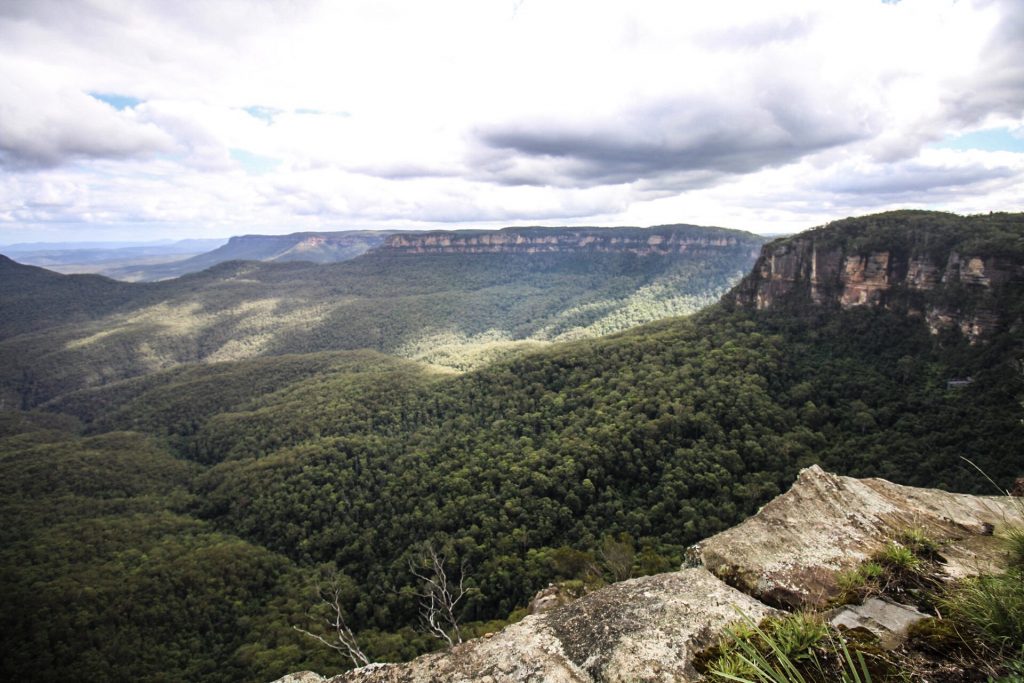 When Sydney was first established these mountains held the Europeans back on the coast for decades.

While local Aboriginal tribes had for thousands of years called these lands home, and knew every path and route through these mountains, the Europeans were stuck until they could convince the locals- to their ultimate and tragic demise- to show them the way.

Once through the Blue Mountains, the Europeans began to colonise the lands west of the huge range, and the Aboriginals who showed them the way were the ones who were displaced. 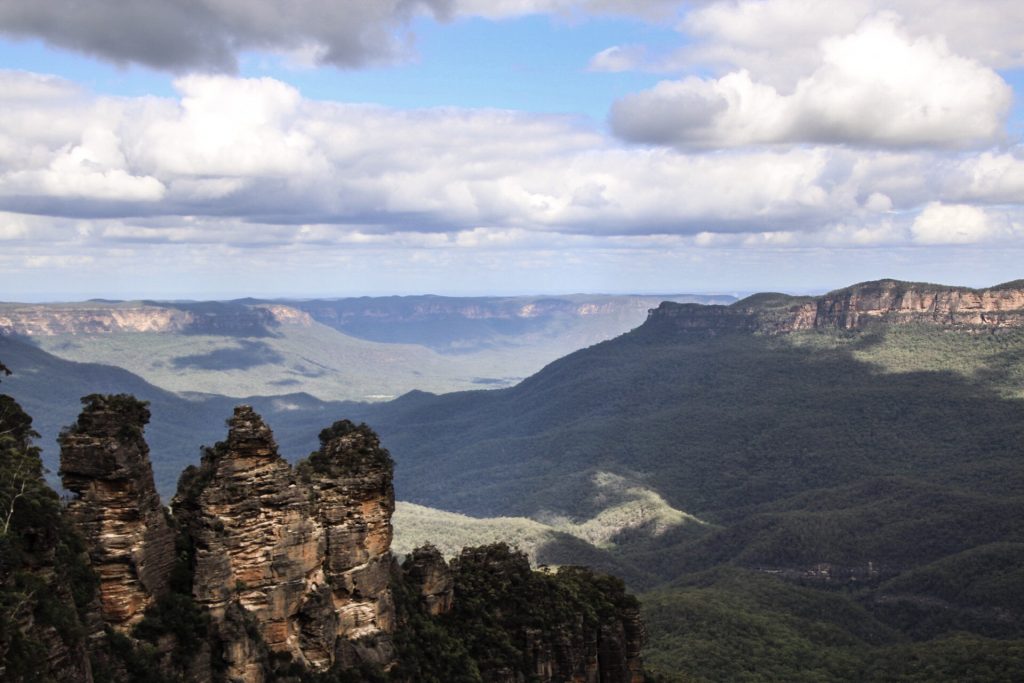 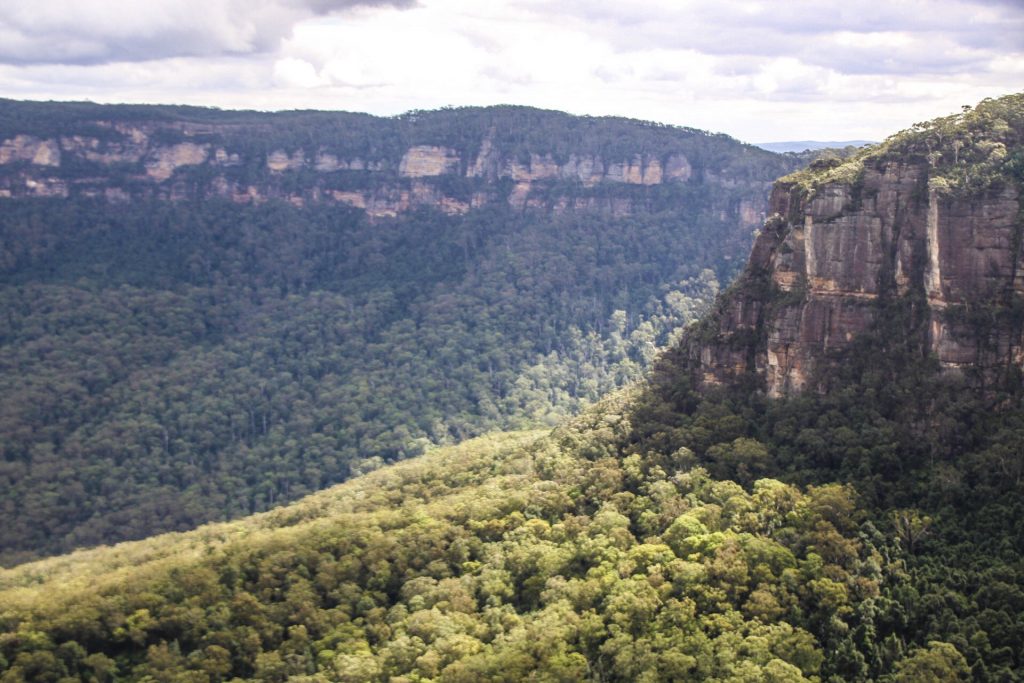 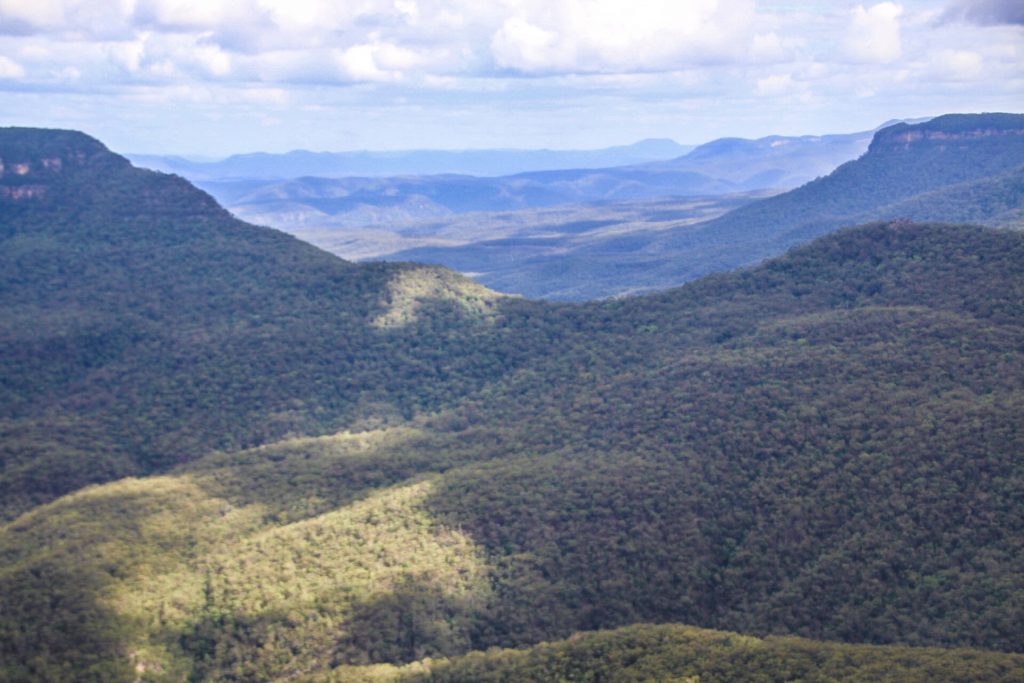 Today the Blue Mountains aren’t quite so impenetrable, and are rather touristy, with the suburbs of Sydney ever encroaching on the slopes.

The range though is spectacular and hewn into the rock and mountains you see are local Aboroginal legends and history, mixed now with the more recent heritage and culture of European settlers and modern Australia.

The area is enormous too, and while certain points and viewing platforms are undoubtedly always going to be overflowing with tourists, the real charm lies in driving to the quaint little villages and discovering the multitude of off the beaten track spots to camp in the mountains. 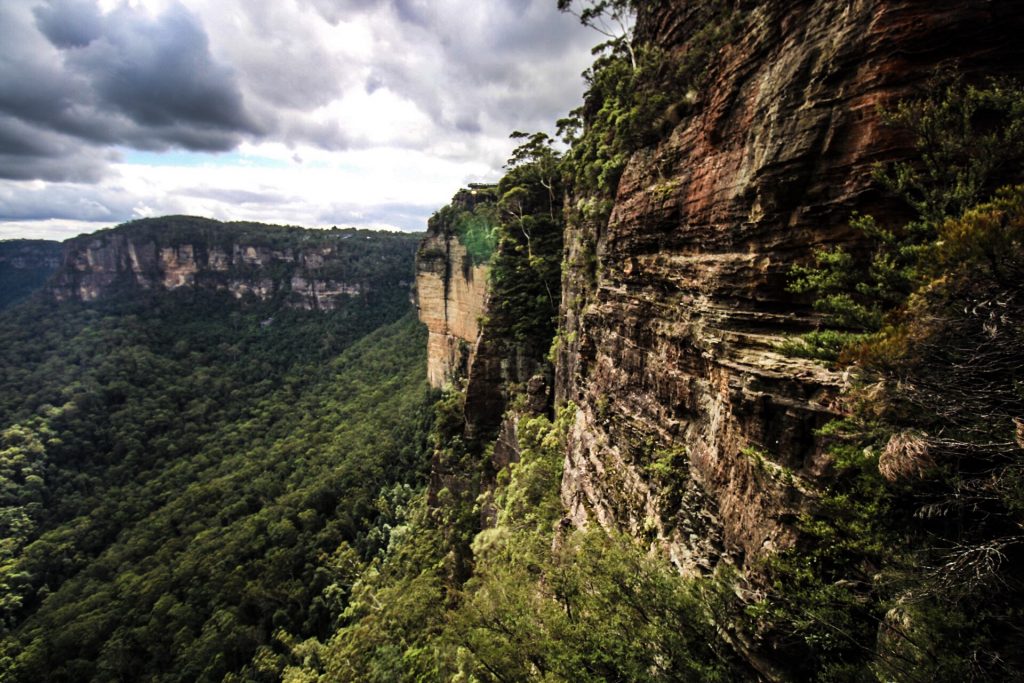 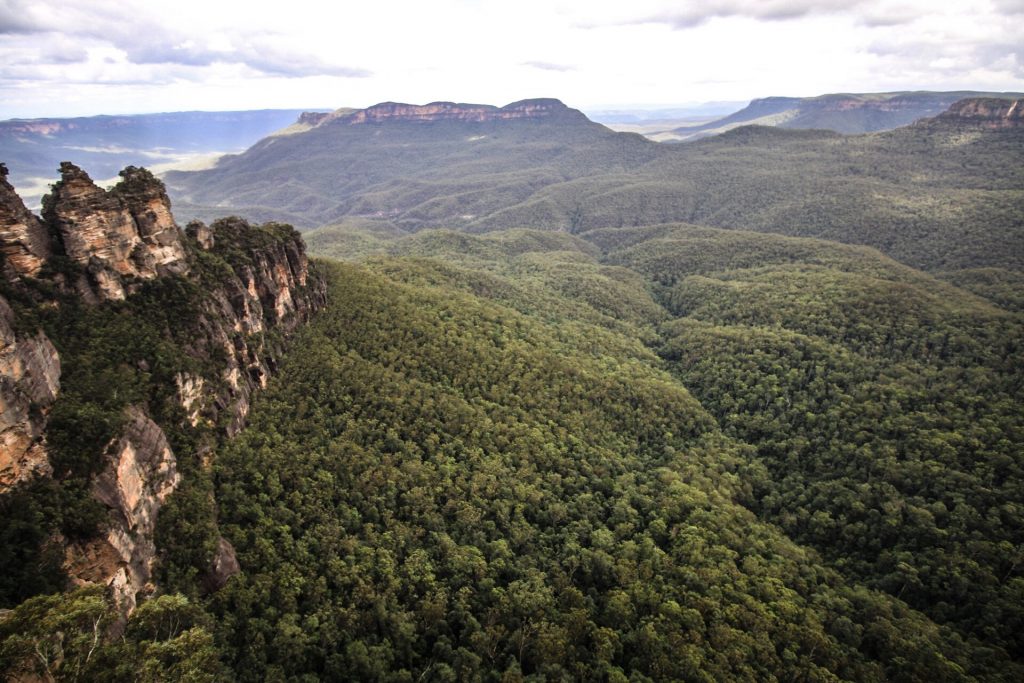 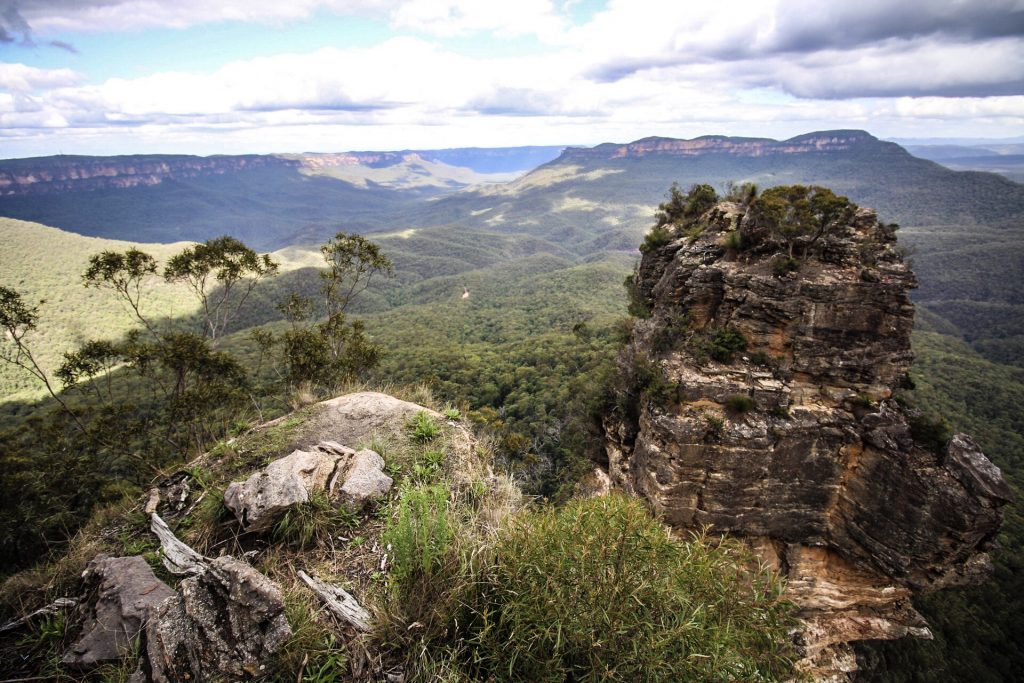 Along The East Coast Of Australia

After Sydney and the Blue Mountains I’m on the road again, for the next month.

Im heading North, along the long East Coast and up into Queensland, and if all goes to plan, I’ll be in Cairns by April!