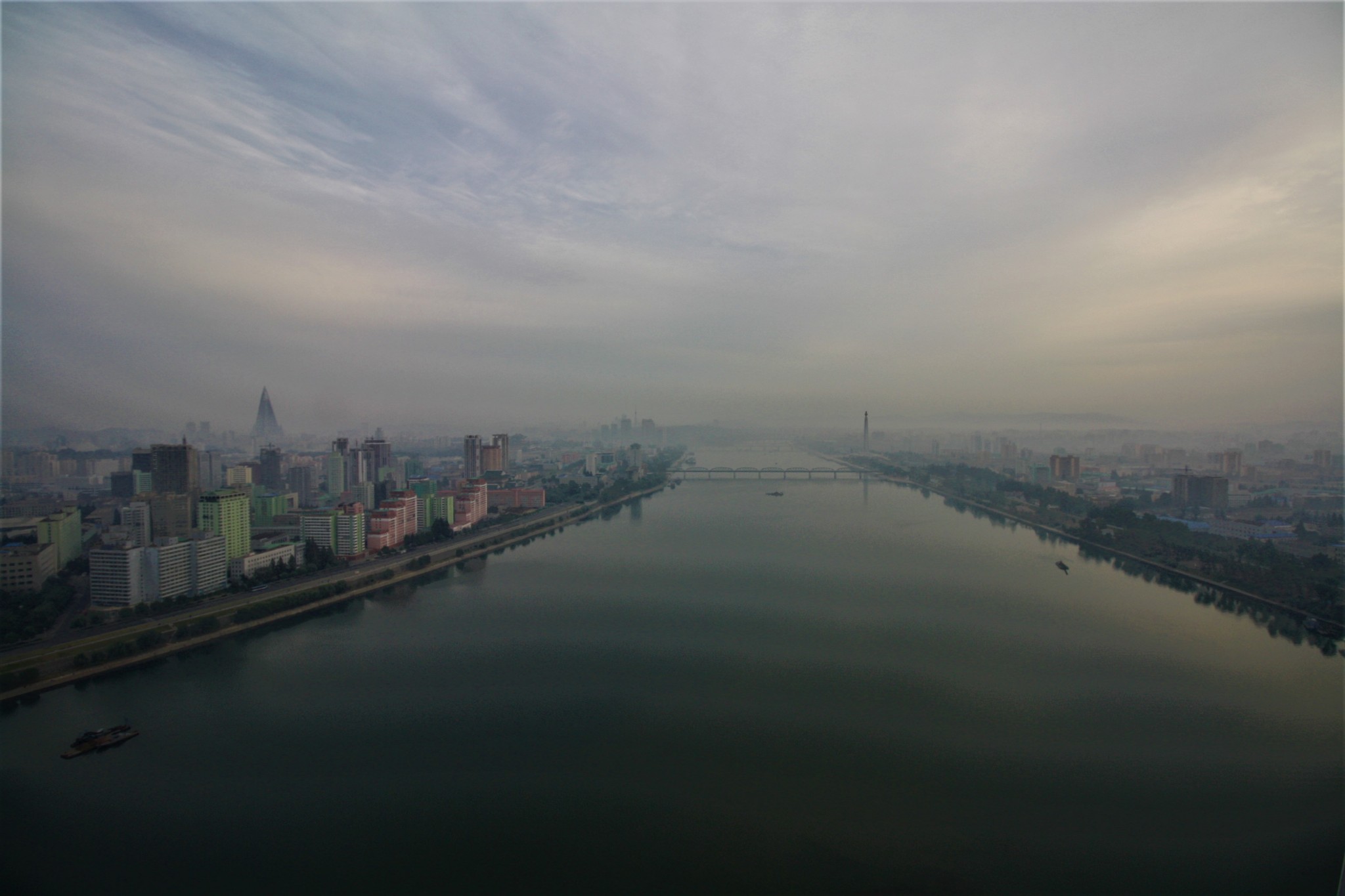 The Streets of Pyongyang

I visited Pyongyang as part of my week long tour to the Democratic People’s Republic of Korea- or North Korea- a trip that was as bizarre as it was surreal and as morally ambiguous as it was confusing. From laying flowers in front of a statue of the Dear Leader to exploring the hi-tech new show streets built specifically for the nation’s scientists, and for the tourists to see… And of course, experiencing all that is left unseen in this isolated country, hidden from the eyes of tourists, but still lurking under the surface of the Pyongyang streets. It’s a strange city, a city few foreigners will ever be able to witness in its full reality, but a city that more visitors should attempt to experience to even just try to understand, just a little bit more, the inner workings of the secretive nation of North Korea.

Here are my photos from the road, from the streets of Pyongyang! 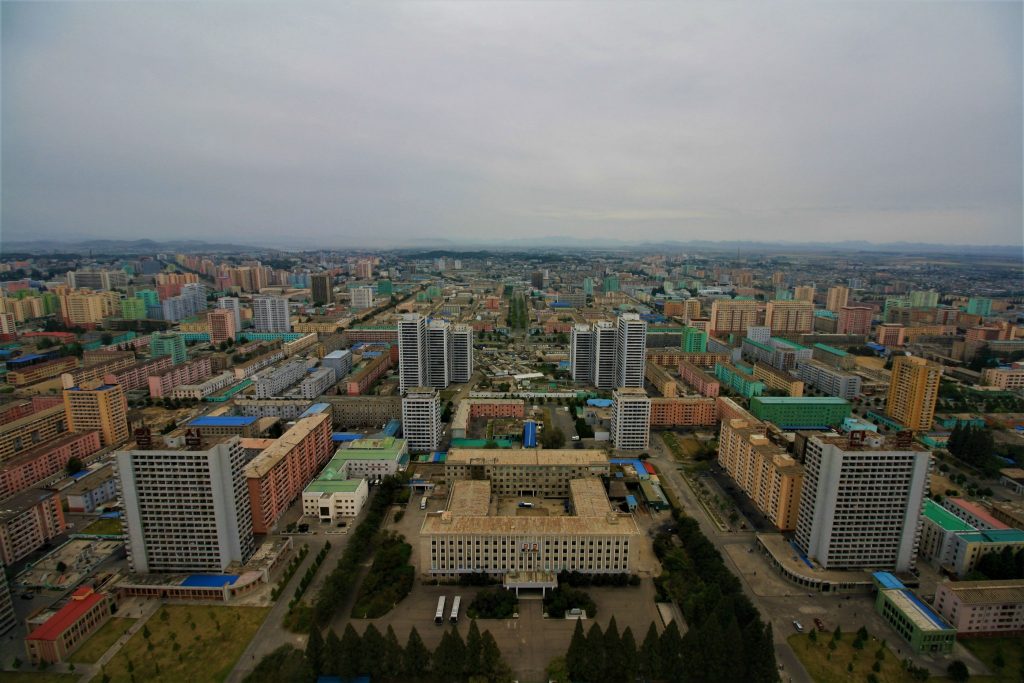 The city of Pyongyang seen from the Juche Tower, a monument to North Korean ideology. It’s a city that is unexpectedly colourful in places, yet still greying in a profoundly socialist manner. 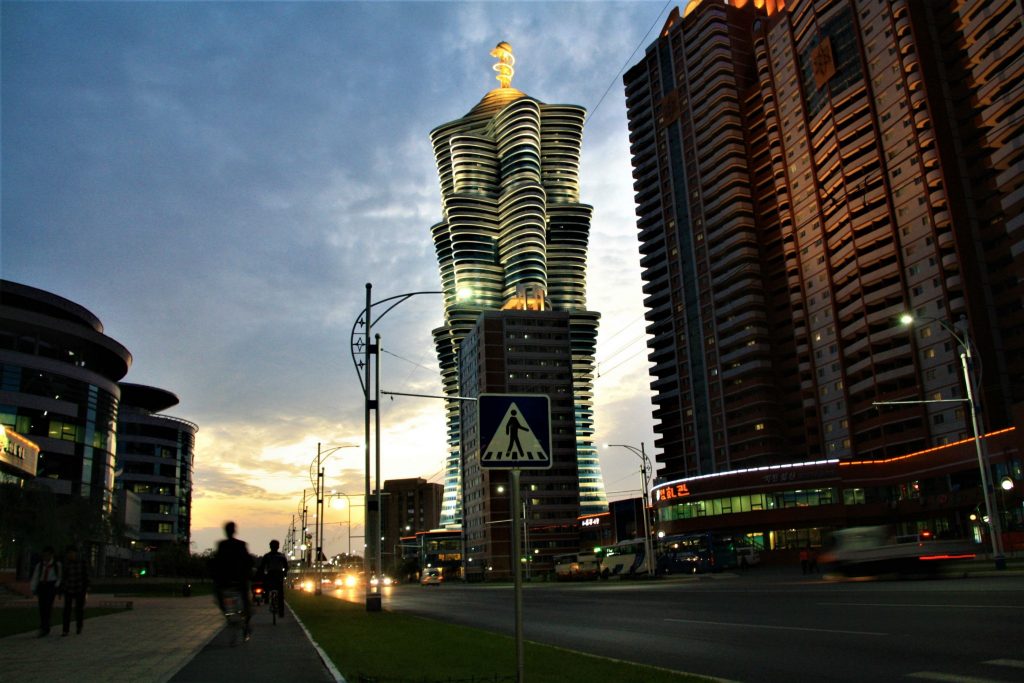 Scientist Street. This is the most modern area of the city, only opened a few years ago and supposedly home to the nation’s top scientists, lecturers and teachers. The rest of the city doesn’t quite compare to the modernity that basks in the neon lights found here. Of course, this is one of the first places a tourist is taken to see. 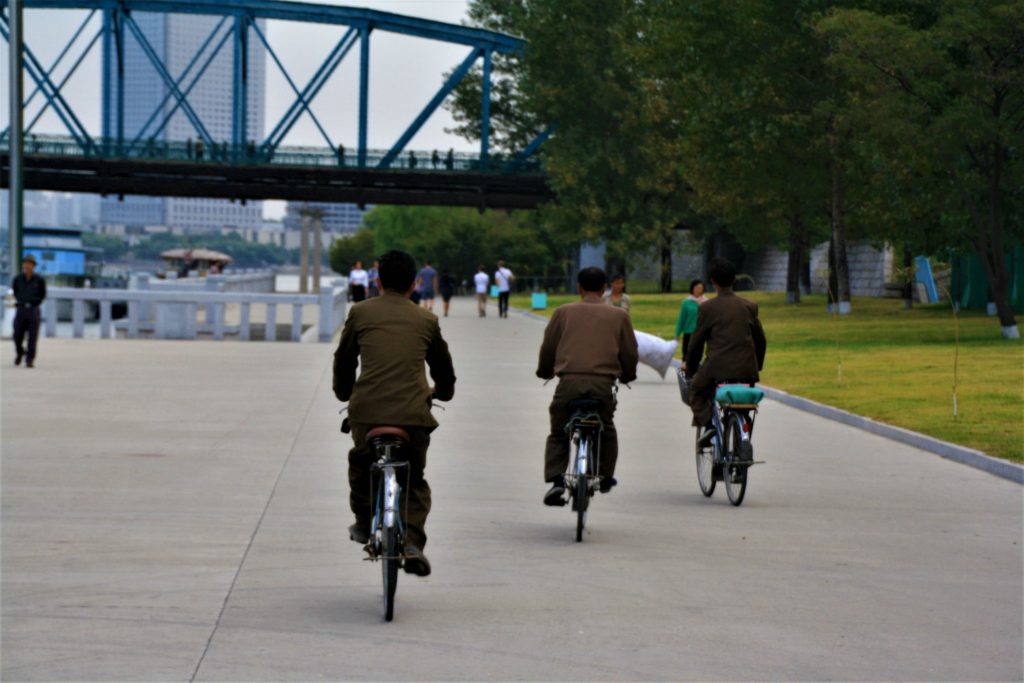 Cars are a rare sight in Pyongyang, the most popular method of transport in the city is the age old bicycle. 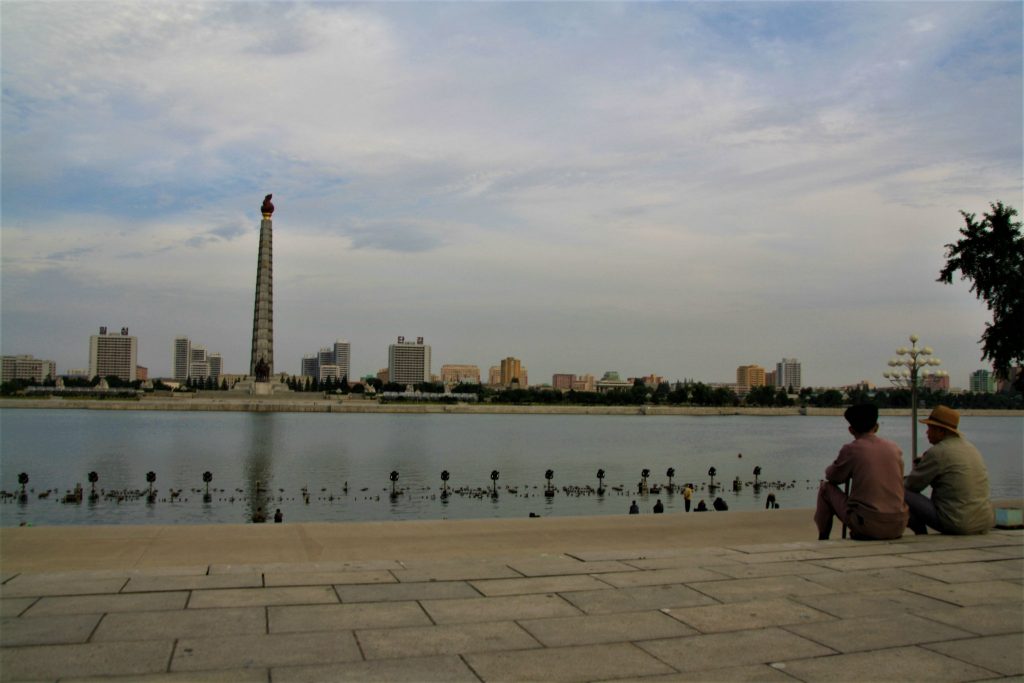 Juche Tower is seen across the Taedongg River as two men watch out over the waters. 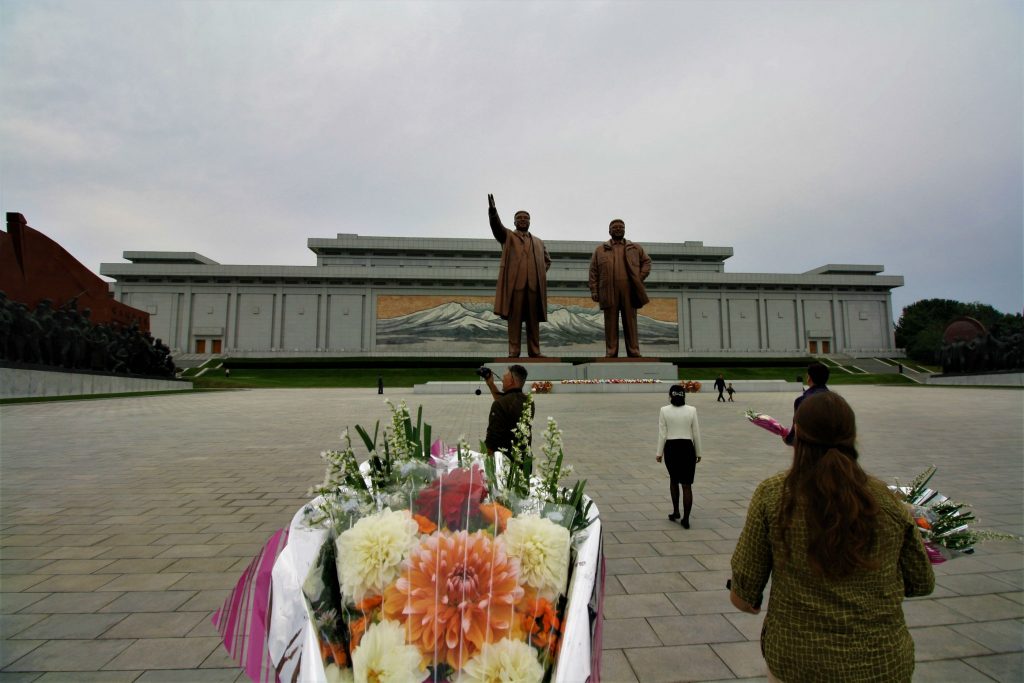 Regardless of your personal feelings towards the nation’s regime, any visitor to North Korea has to pay their respects to the Leaders. This included laying flowers beneath their towering statues. 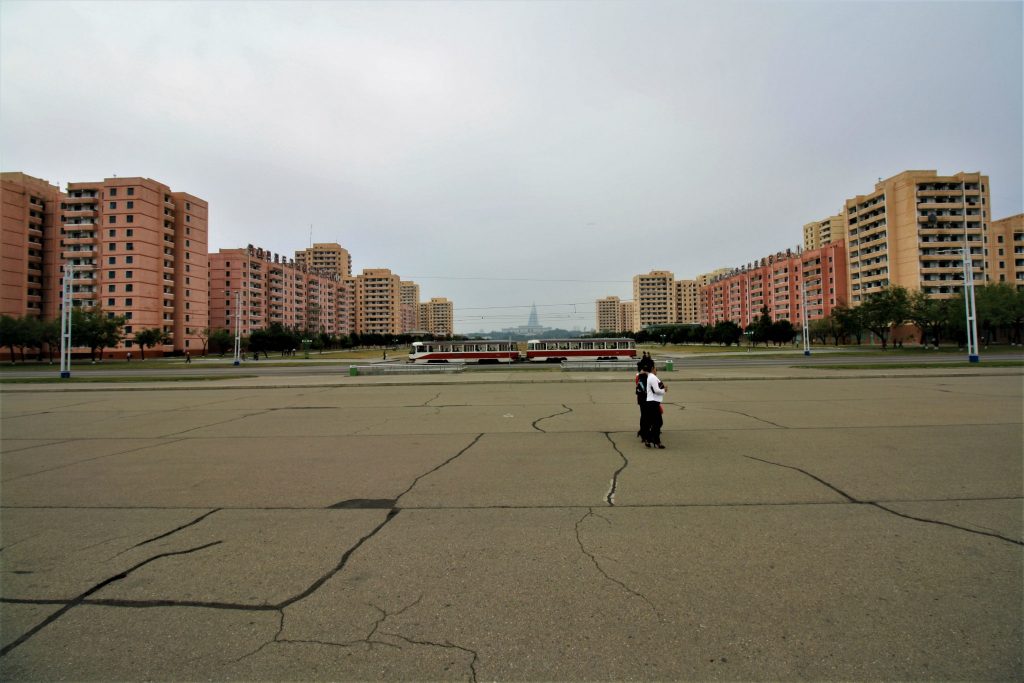 The city was destroyed during the Korean War, and rebuilt in an orderly and symmetrical manner. Landmarks are positioned to be seen through the apartments and buildings of Pyongyang, while the streets themselves are cracked with age and wear. 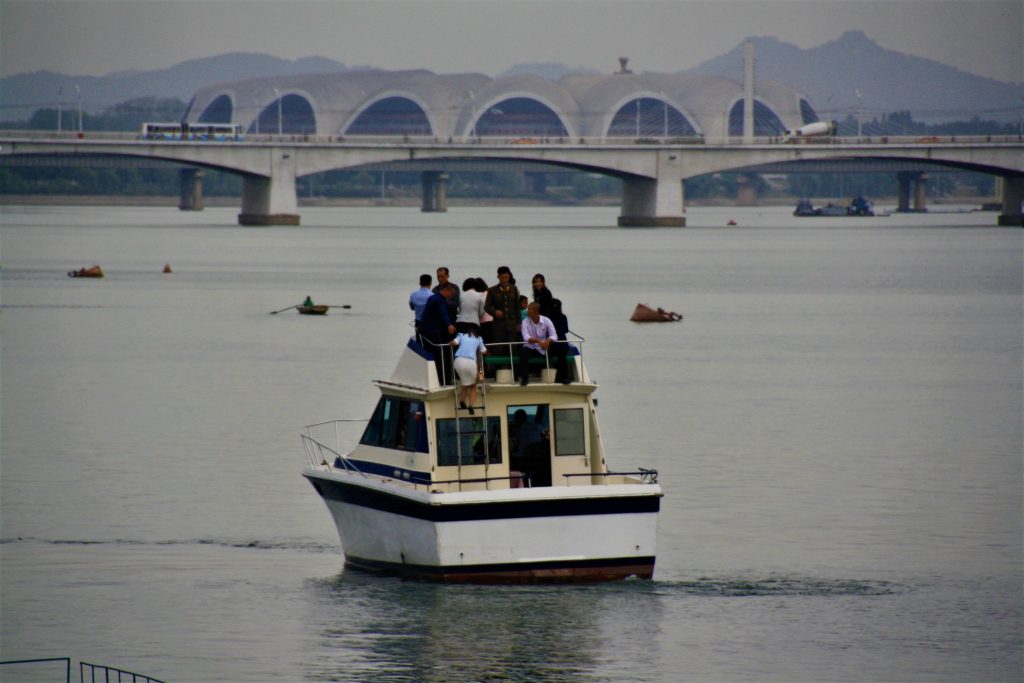 Citizens cram onto a rustic boat to make their way across the river. 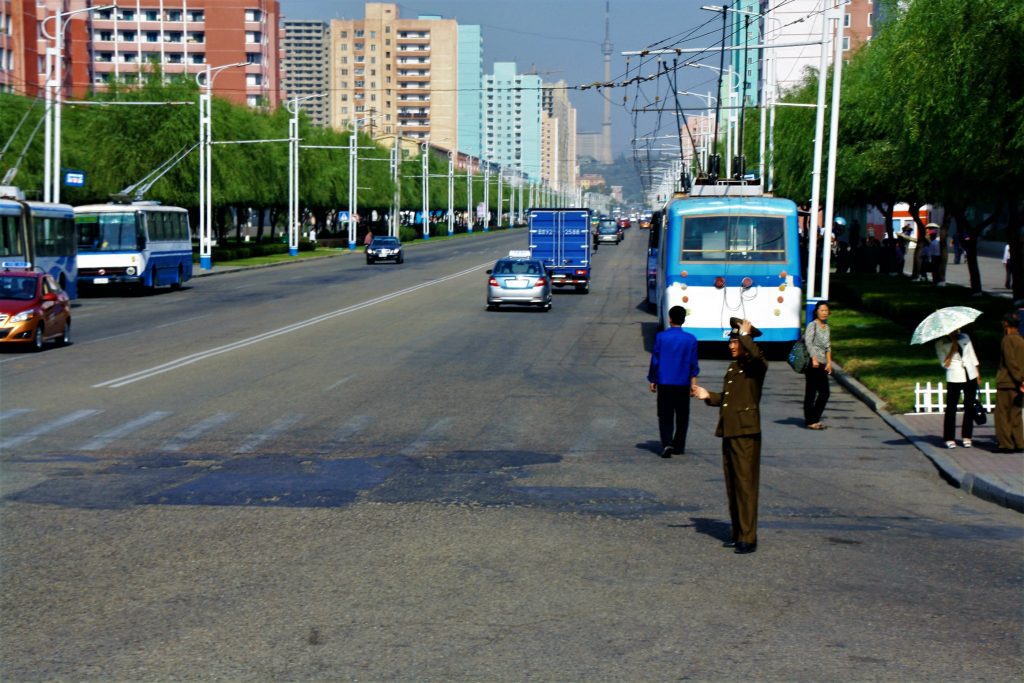 Military uniforms are worn by many of the city’s inhabitants. Cars are a much rarer sight than a soldier. 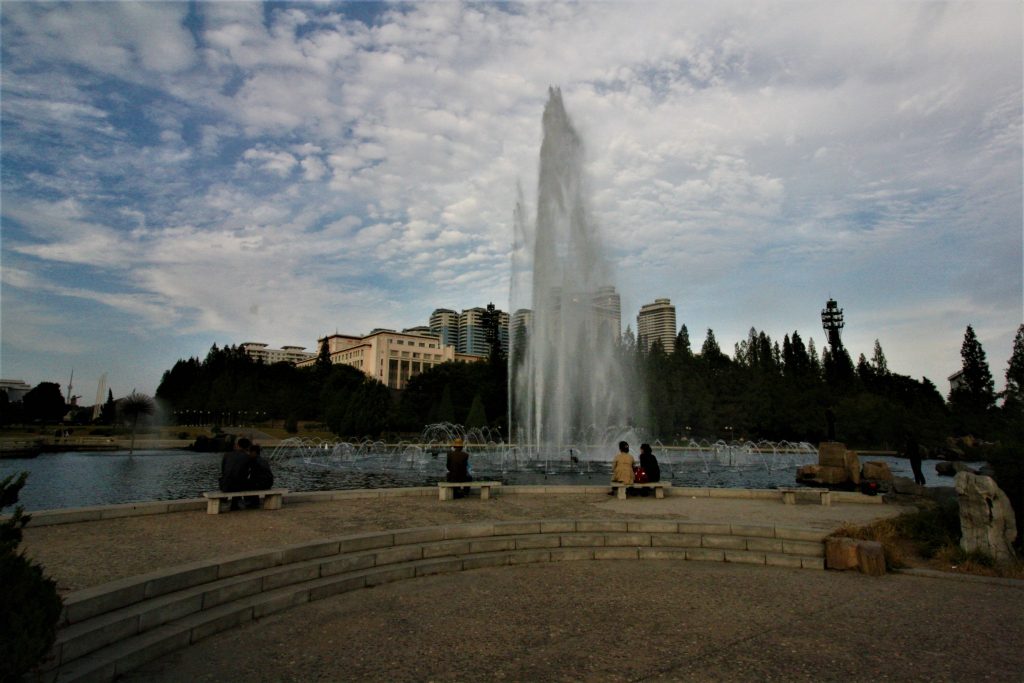 People relax on benches in a park next to a water feature in the city centre. 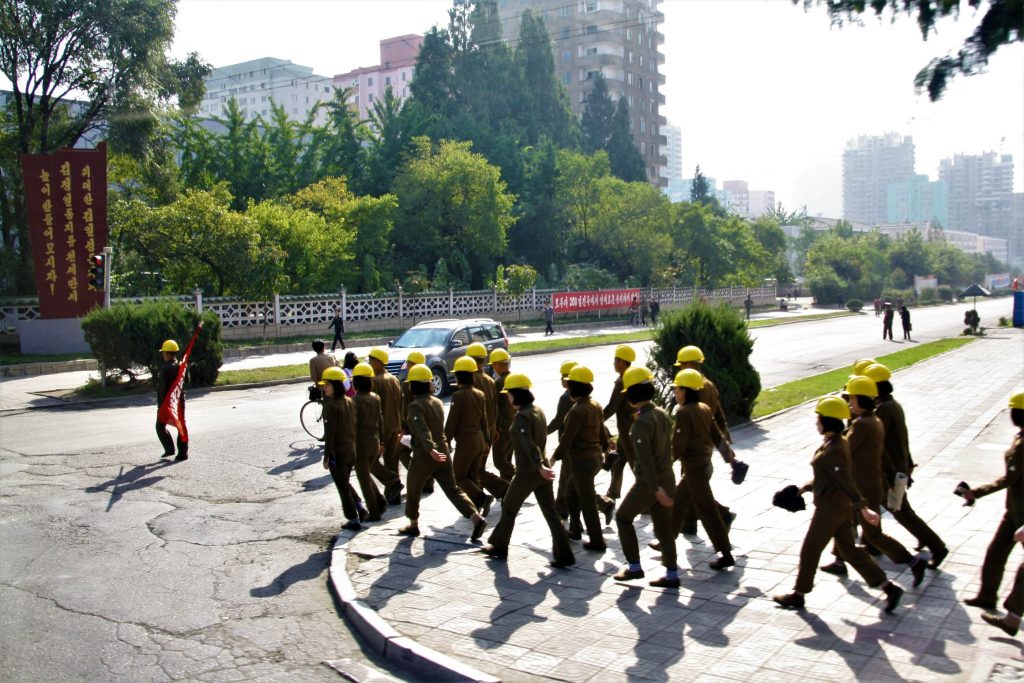 A troop of young citizens march through the city towards their labouring duties. 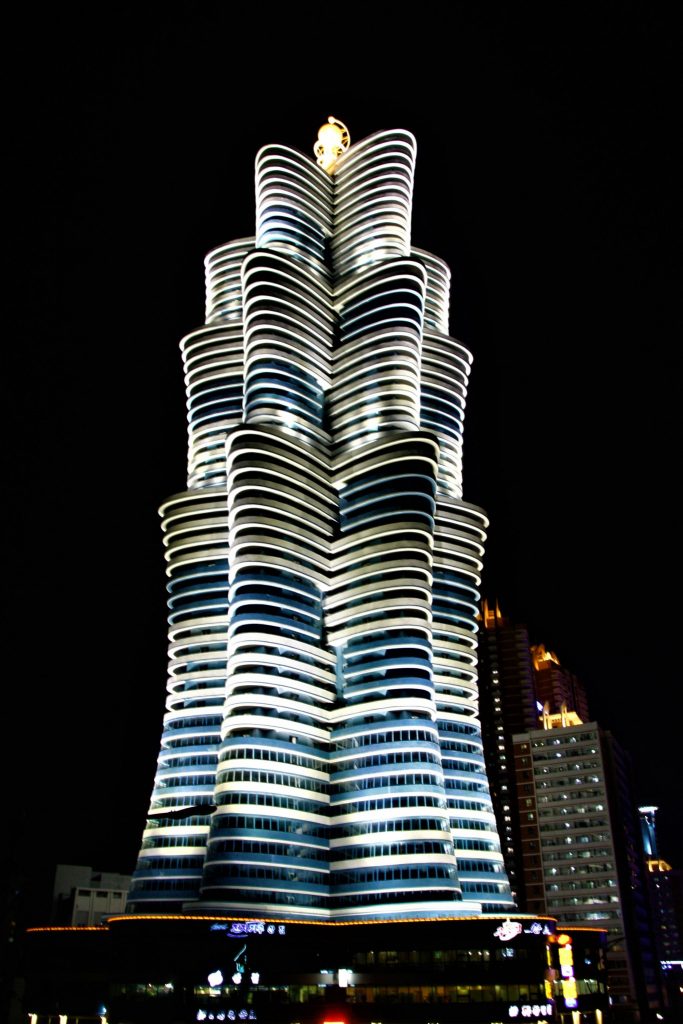 The rarest of sights. On Scientist Street an apartment block is lit up at night to dazzle in comparison to the darkness of the rest of Pyongyang. This is one of the few places to be guaranteed power, or at least when a tourist with a camera is lurking nearby.

Have at look at my photos from the other side! From the Southern capital Seoul! Click HERE!