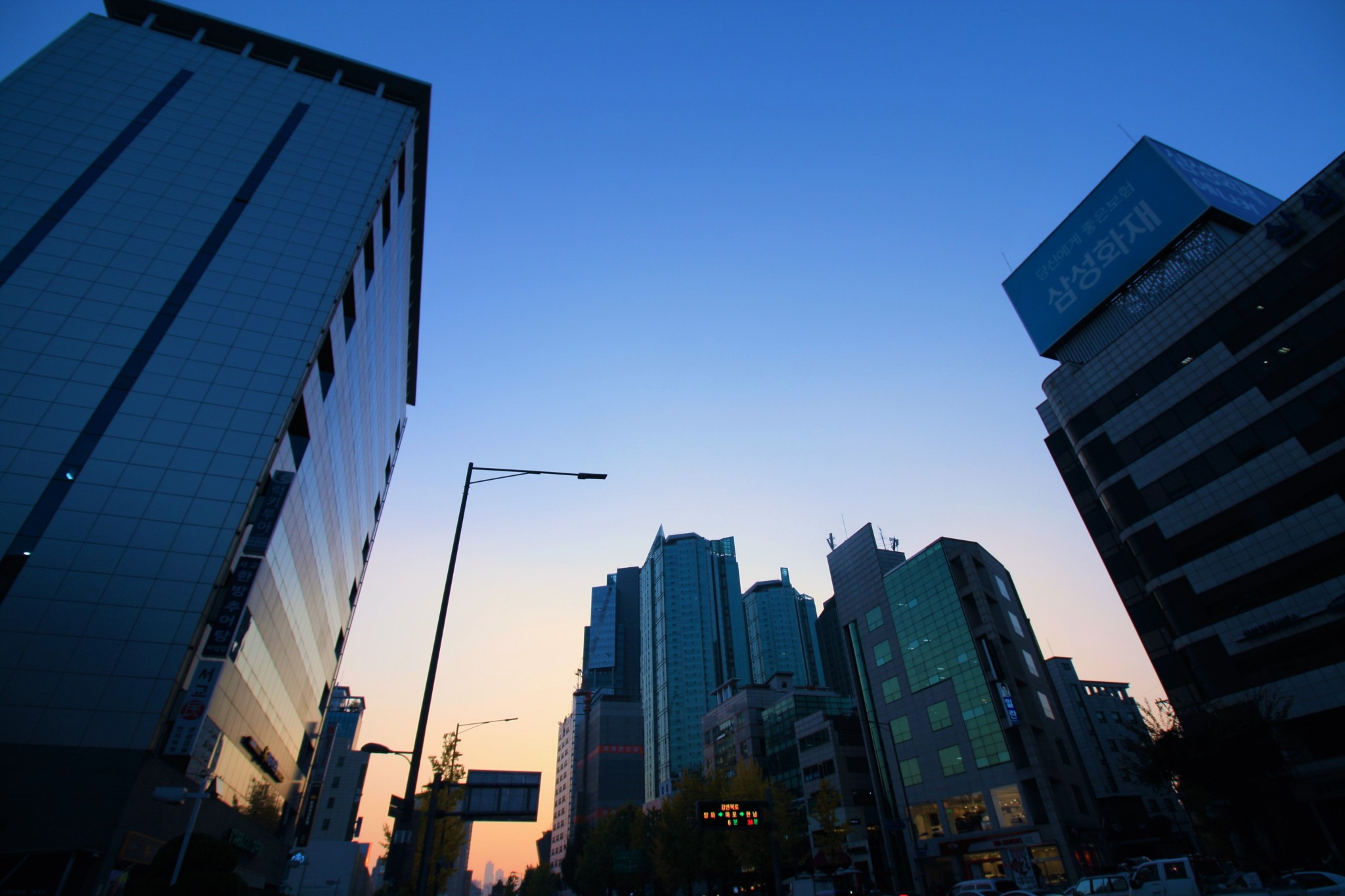 The Streets of Seoul

Last Autumn I travelled to Seoul, the huge metropolis that is the capital of South Korea. The streets were cold but alive with the colours of the fall season as the trees shed their leaves in shades of red, brown and gold. It’s the best time of year to visit the Korean peninsular, and even in the urban environs of the city the nature doesn’t dare disappoint any visitor. From temples and palaces to the traditional costumes of Korean culture, the old meets the new in the dynamic and ever expanding capital of the South. I hit the streets, exploring the young University area of Hongdae, tasting the steaming street food in the cold of the November days, and seeing the streets alight with neon at night. I toured the city’s centre’s and historic sights, and of course, the enduring monuments to the Korean War, the lasting conflict which divided a people and that still shapes the Korean peninsular to this day.

So here are my photos from the road, from the streets of Seoul. 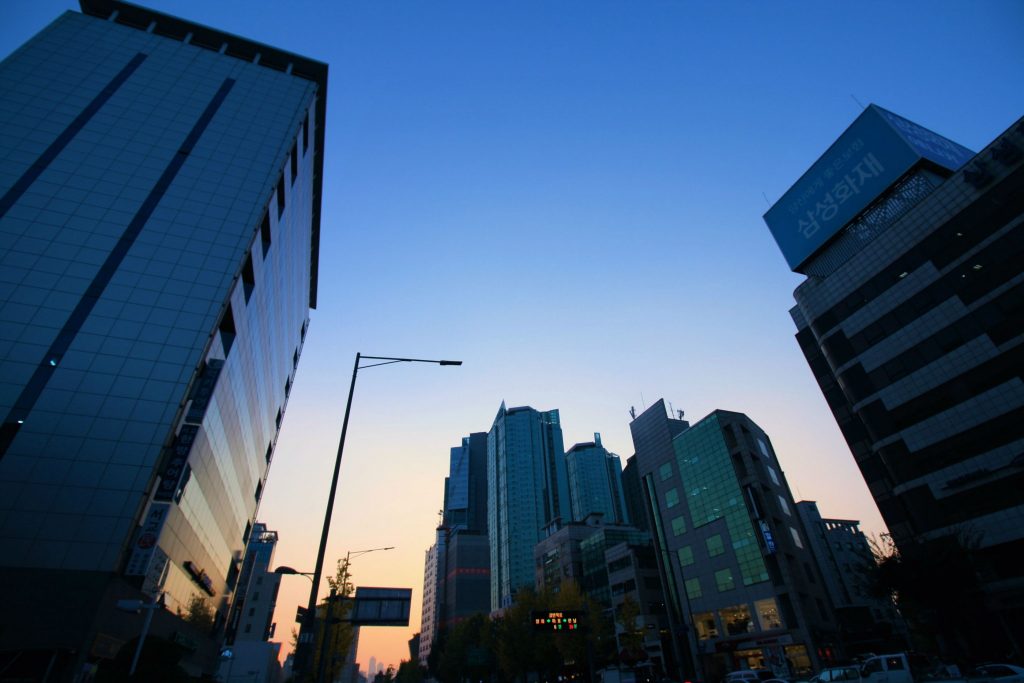 The huge metropolis of Seoul is the capital city of the Southern nation of Korea, the Republic of Korea, and is home to tens of millions of people. 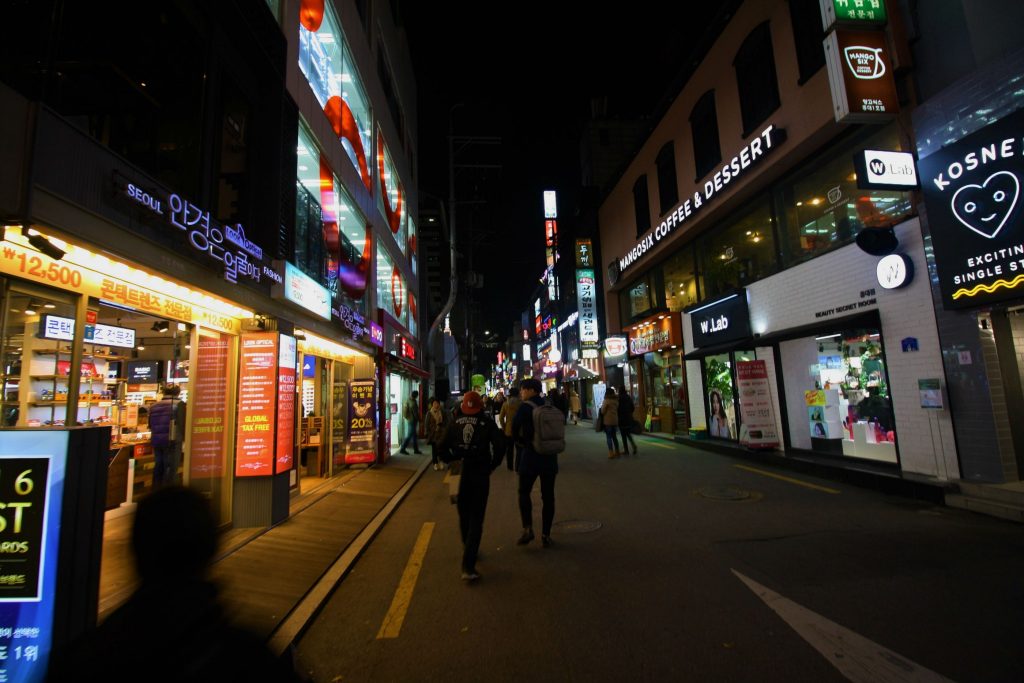 I stayed in the Hongdae district, the hectic, young and modern home of one of Seoul’s major Universities. 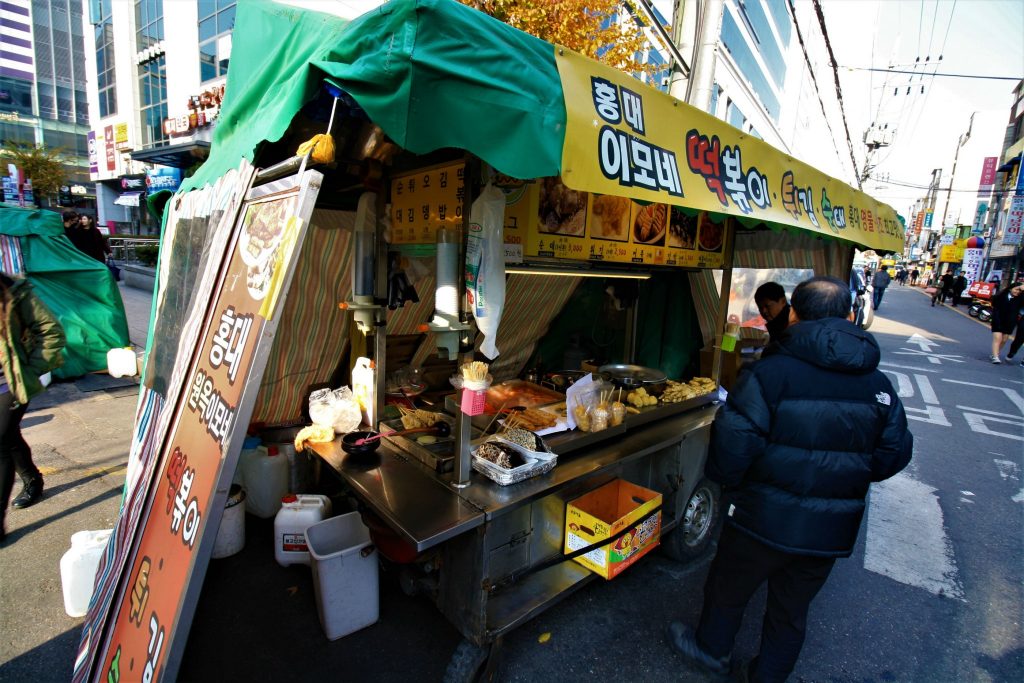 On the cold November streets, the street food was on hand to heat things up. 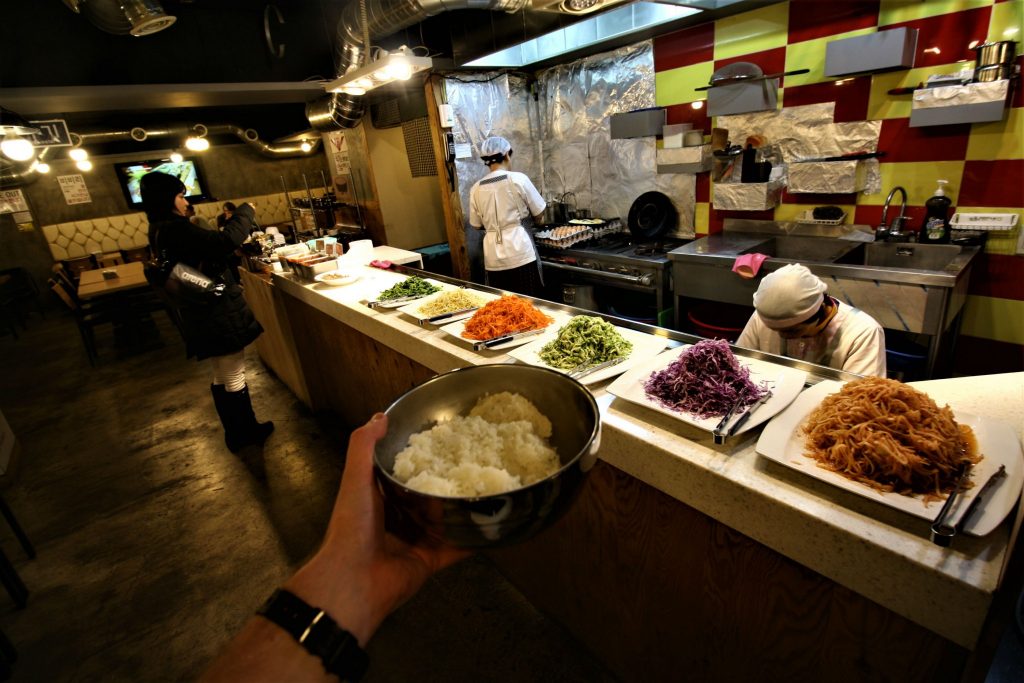 Bibimbap is a Korean favourite, rice and vegetables mixed up in spicy sauces. This all you can eat Bibimbap restaurant is a bargain for the cheap traveller, but comes with a catch. You can eat as much as you like, but if you fill your bowl to high and can’t finish all the food you’ve taken you have to pay a huge fine before they let you leave! 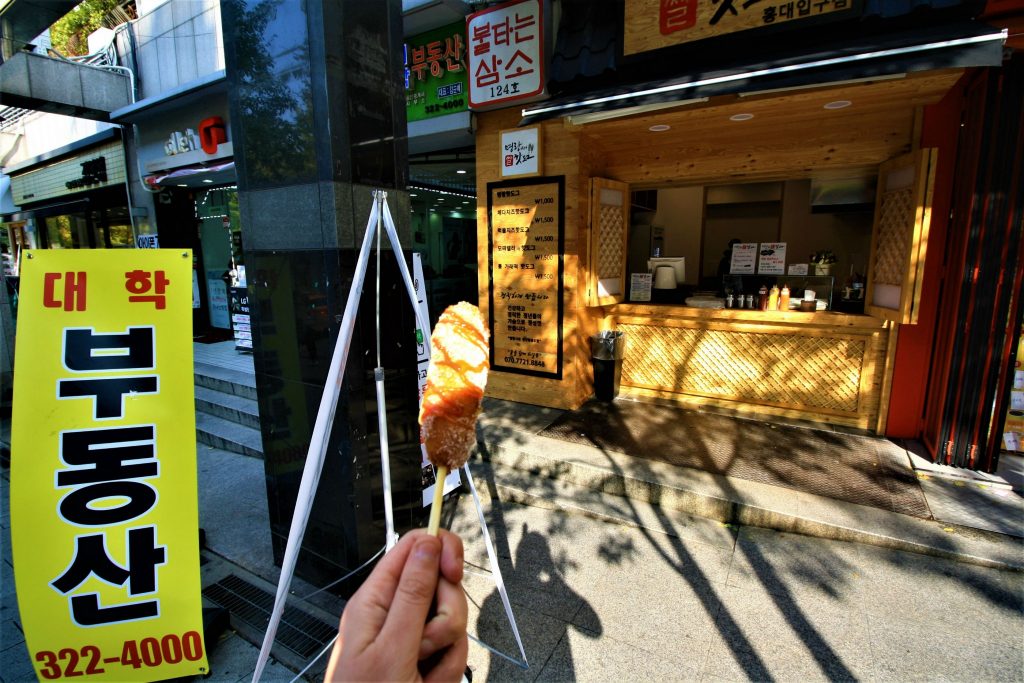 After mountains of Bibimbap I tried this strange hot dog on a stick deep fried in sugary dough and then covered in chilli sauce and mayo. 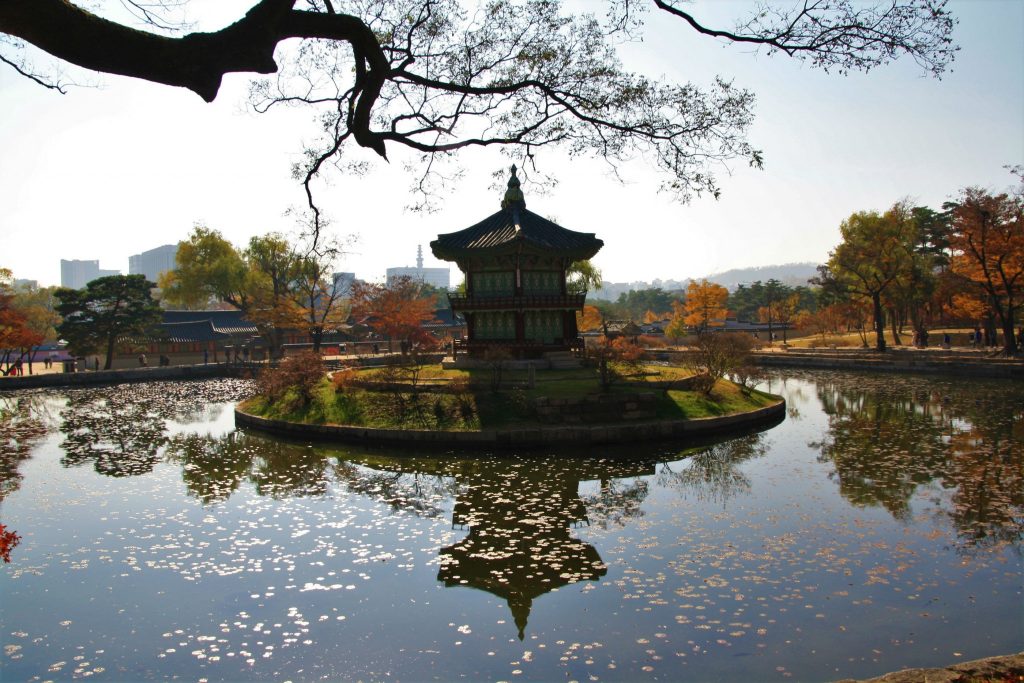 This beautiful temple is in the ground of the Gyeongbokgung Palace in the heart of Seoul. 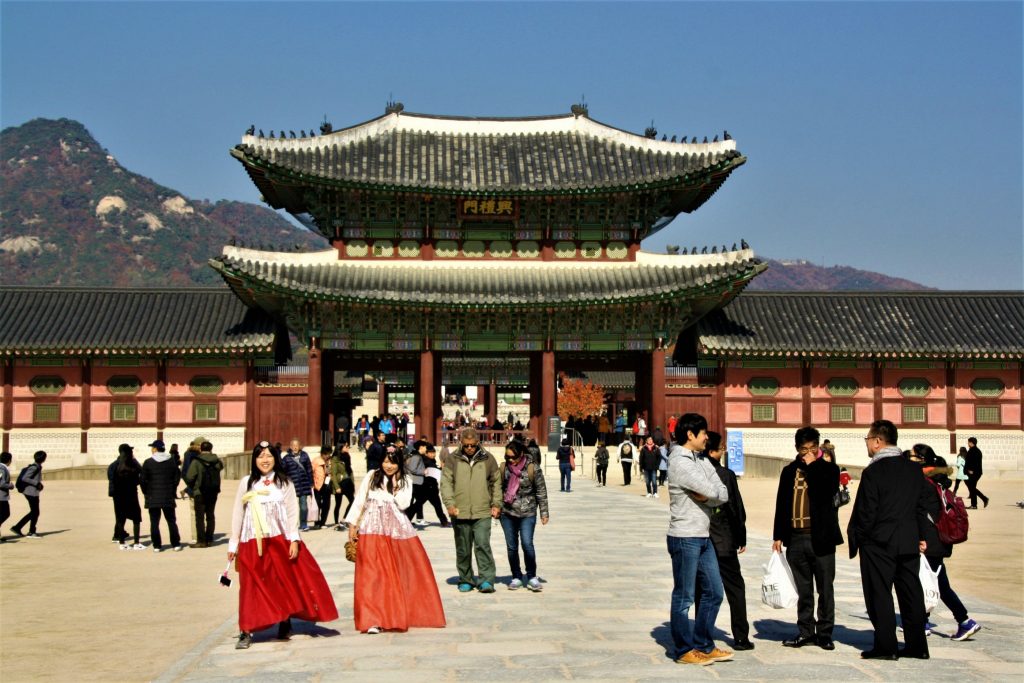 Gyeongbokgung is the centuries old palace of the Joseon Dynasty, who ruled a united Korea for hundreds of years until 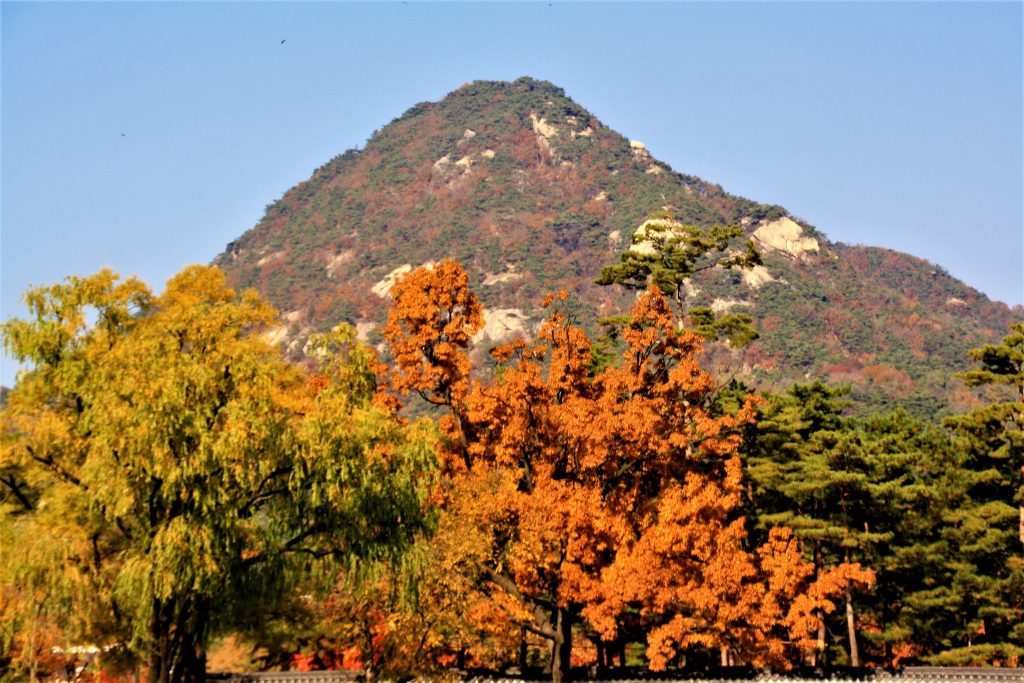 Mountains tower imposingly behind the Palace. 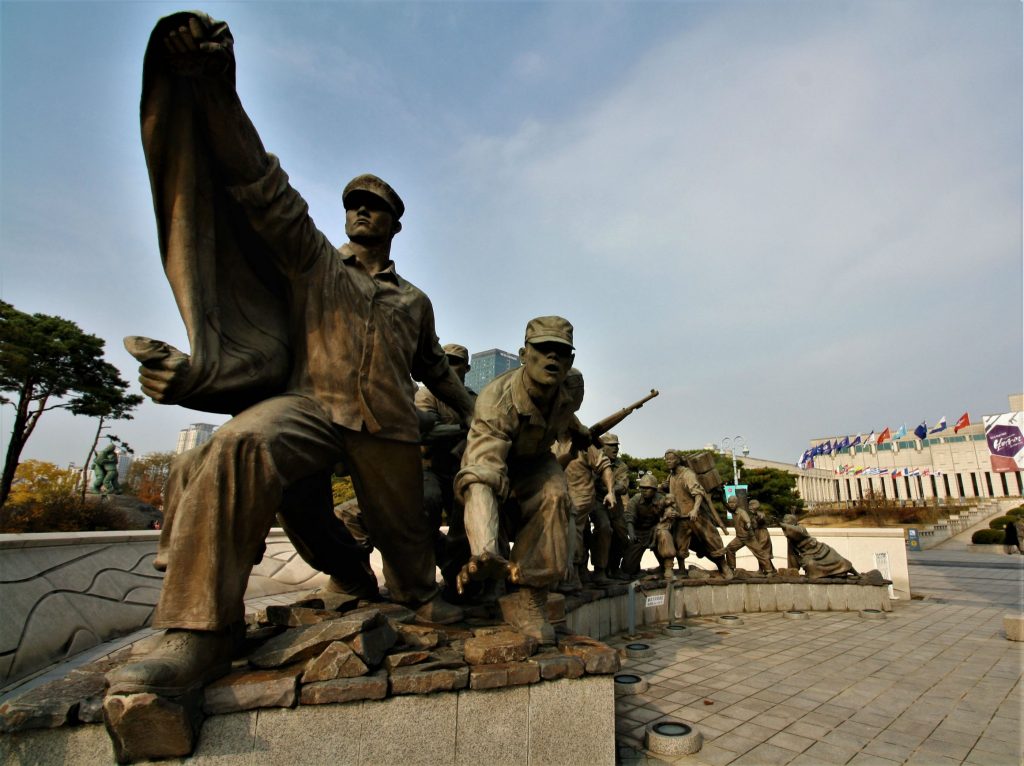 The Korean War Memorial is a monument to the conflict which divided the peninsular. 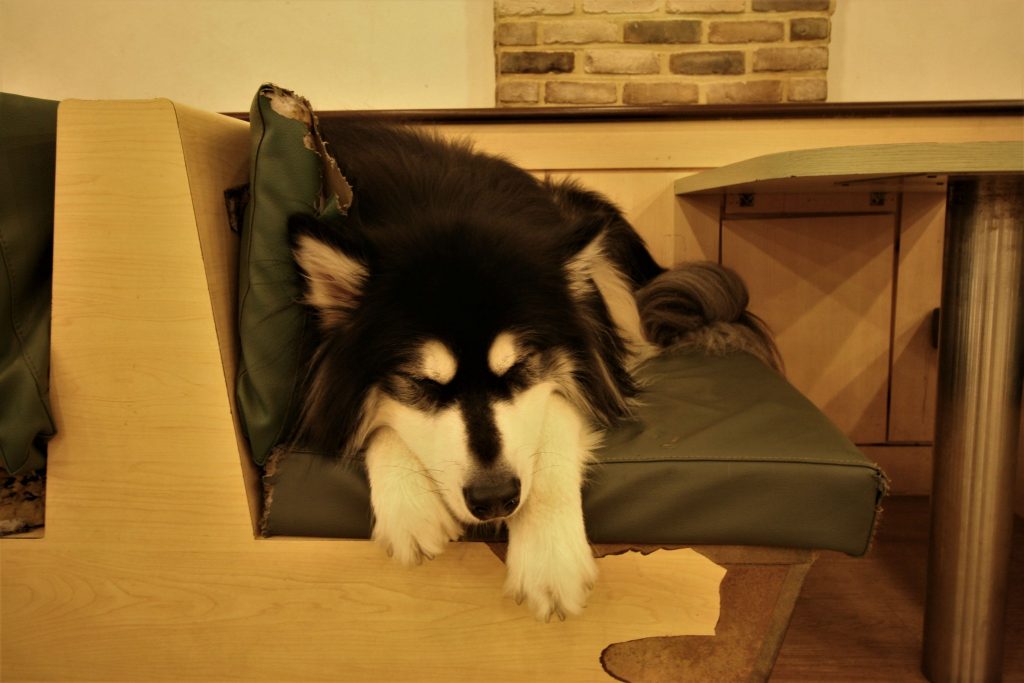 After a hard day walking the streets, I visited Bauhaus, Seoul’s dog cafe! 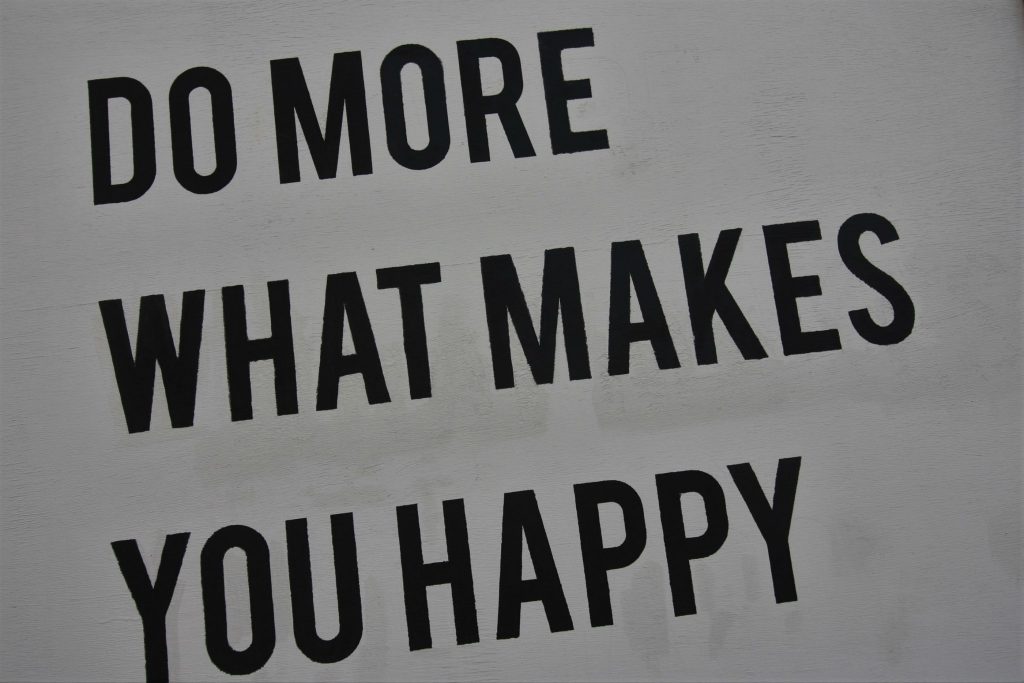 Do more what makes you happy! Wise words from the streets of Seoul!