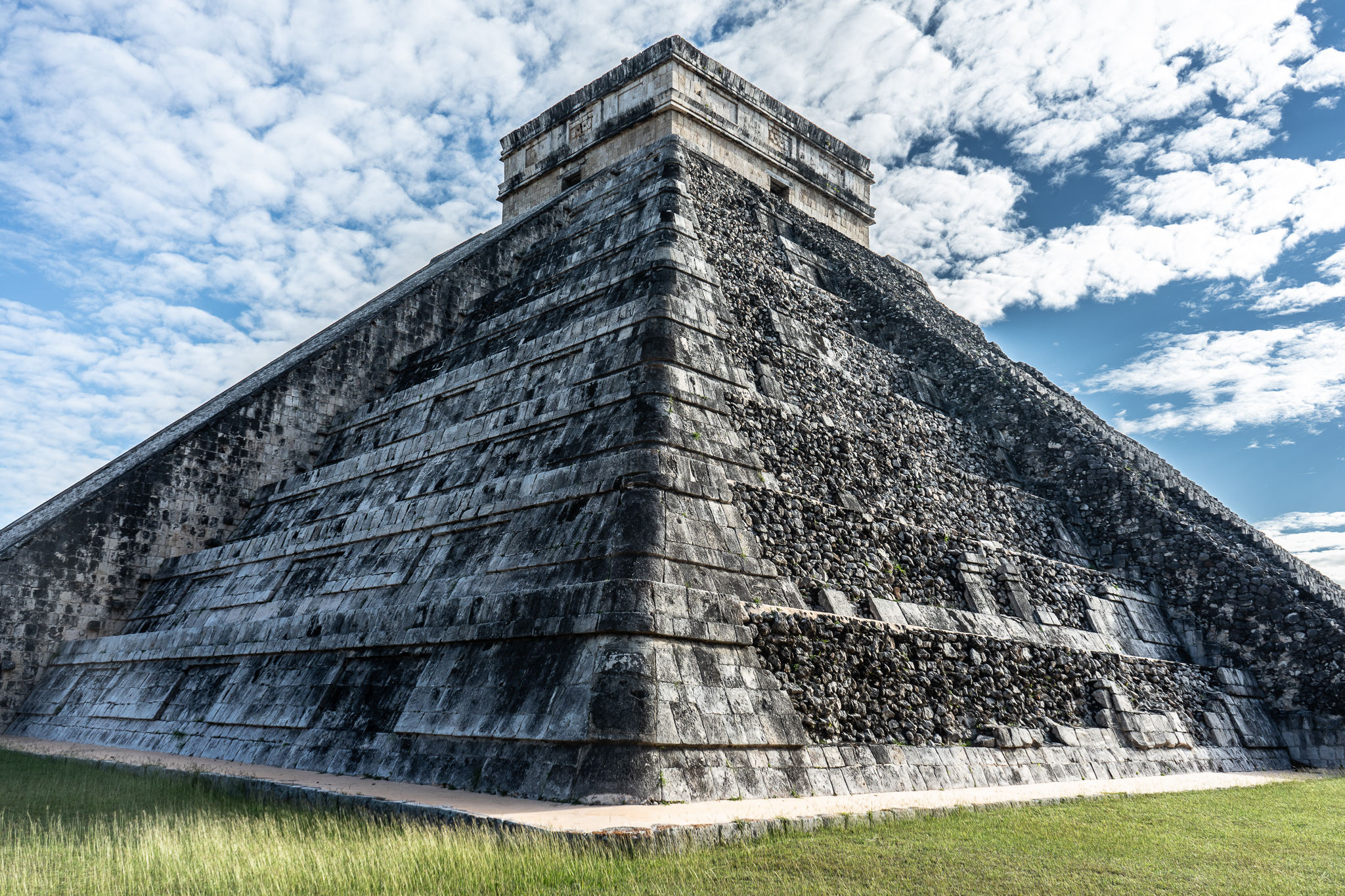 Ahh, Mexico. The promised land of tacos, cold corona and endlessly colourful towns and cities. I’ve been exploring southern Mexico for the past few weeks, enjoying the diversity, the colonial Spanish architecture and the indigenous traditions and history, and before I head off into Guatemala I thought I’d give you a little snippet of the lost Mayan cities that are found here in the jungles.

In pre-Colombian times, Central America was the site of the advanced Maya Civilization, where huge cities were carved from the forests using little but sheer force and wooden tools. The Mayans peaked long before the Spanish arrived in the 16th century, but the Mayan people remained, despite the abandonment of many of their largest metropolises, the reasons for which are still largely shrouded in mystery.

The ruins left in the jungles are as shrouded in mist and intrigue as is the Mayan Downfall, but later explorers would chance upon these lost realms, covered in jungle and crumbling amongst the trees. Across southern Mexico, in the states of Quintana Roo, Yucatan, Campeche and Chiapas, I visited several of the most important Mayan ruins, but there are many, many more out there to be discovered too.

Here are the latest photos from the road, the Mayan Ruins of Mexico.

My journey through southern Mexico began in Cancun, the region’s transport hub and a place that’s perhaps better known for its resorts and parties than it is for its Mayan history. But as with everywhere along the touristy Riviera Maya, although much of the past has been built over by hotels and apartment complexes, if you know where to look, then you can find the last vestiges of the Mayan civilizations that once stood along the coast.

Right in the middle of the Cancun Hotel Zone, is the little-visited Mayan Museum, where you can find a vast collection of archaeological exhibits that detail the area’s previous indigenous settlements. The museum is built on the grounds of the San Miguelito Archaeological Site, a small site in comparison to the sprawling cities I was soon to see in the jungles of the Yucatan, but a place that was an important outpost in the Mayan trade network. There were small temples, the ruins of buildings and plenty of Iguanas that now call San Miguelito home.

Also in the Cancun Hotel Zone, the El Rey Archeological Site holds the ruins of a Mayan community that date back to 250 AD and that is thought to have reached its zenith in the 6th century AD. El Rey means ‘The King’, as the burial tomb of an important Mayan noble was unearthed here, just metres from some of Cancun’s most popular resorts and beaches.

You’ll find it a quiet place to visit, and it’s an often overlooked but integral part of Cancun’s long pre-Colombian history.

Found in the jungles of Yucatan, Chichen Itza is the most well known and most visited Mayan city in southern Mexico. The iconic Temple of Kukulcan, a huge, towering structure known to the Spanish as El Castillo, is a staggering sight to see, but given its proximity to Cancun, it’s always a busy place to explore, with the ruins and excavations lined by local vendors selling souvenirs to tourists.

I stayed in nearby Valladolid, a colourful colonial city that’s just a few miles down the road from Chichen Itza. this allowed me to get in early and beat most of the crowds before the tour buses started to arrive from Cancun, which is a good two-hour drive away.

Chichen Itza was once home to thousands of people and it was the centre of a Mayan kingdom in the Yucatan. When the Spanish arrived in the early 16th century, they found most of the city abandoned, a shadow of its former self. Much of the ruins have been restored, including the iconic Temple of Kukulcan, and you’ll also find sacred Cenotes and a fine example of a Mayan ball court. Yes, it’s touristy, but it’s still impressive.

On a good day, it’s said that from the top of the tallest temple at the ruins of Ek’ Balam, you can see Chichen Itza rising from the jungle to the south just 35 miles away. I couldn’t, but considering how close Ek’ Balam is to Chichen Itza, it’s almost completely devoid of tourism in comparison.

Ek’ Balam was another prominent city, just north of present-day Valladolid, that reached its peak in the 9th century AD before falling into disuse. The ruins have only been partially excavated, giving Ek’ Balam a raw, unexplored feel to it. As visitor numbers are still quite low, it’s even possible to climb the steep stone steps to the top of the huge Acropolis.

Most classic Mayan cities were built next to sacred Cenotes, large water-filled sinkholes in the ground that were functioned as water sources and even, it’s thought, sacrificial sites. A short walk along a dusty path from Ek’ Balam brings you to Cenote X’Canche, where you can cool off in the freshwater.

Located between Valladolid and Merida, Izamal is known as the Yellow City, because all of the colonial buildings here are painted bright yellow. Izamal was an important pilgrimage site for the Mayans and was still inhabited when the Spanish conquered the Yucatan. They chose to build a Christian church, which still stands today, on top of a huge mound, which it was later realised was a Mayan temple.

The colonial city was built on top of and around other important temples, and today, you can still climb to the top of the crumbling Mayan buildings that are found right in the heart of Izamal. It’s an intriguing place, that demonstrates the many layers of history that need to be peeled back before you can even begin to unearth the Mayan past.

Located in the remote jungles of Chiapas, close to the border with modern-day Guatemala, Palenque was once one of the most important Mayan cities in Central America, a sprawling city that was spread over vast swathes of land.

By the 8th Century AD, it was all but abandoned though, and for hundreds of years, the grand palaces and temples were overgrown with jungle. Even today, just a small fraction of the ruins here have been excavated, and in the humid jungles of Palenque, there is much more waiting to be unearthed.

Palenque is the most mysterious of the Mayan sites I visited in southern Mexico, with the humid, misty weather shrouding the temples with fog throughout the day. The temples are perhaps more intriguing than those at Chichen Itza, and although Palenque is slowly gaining fame its remote location ensures that the day trips and tour buses are still far away.