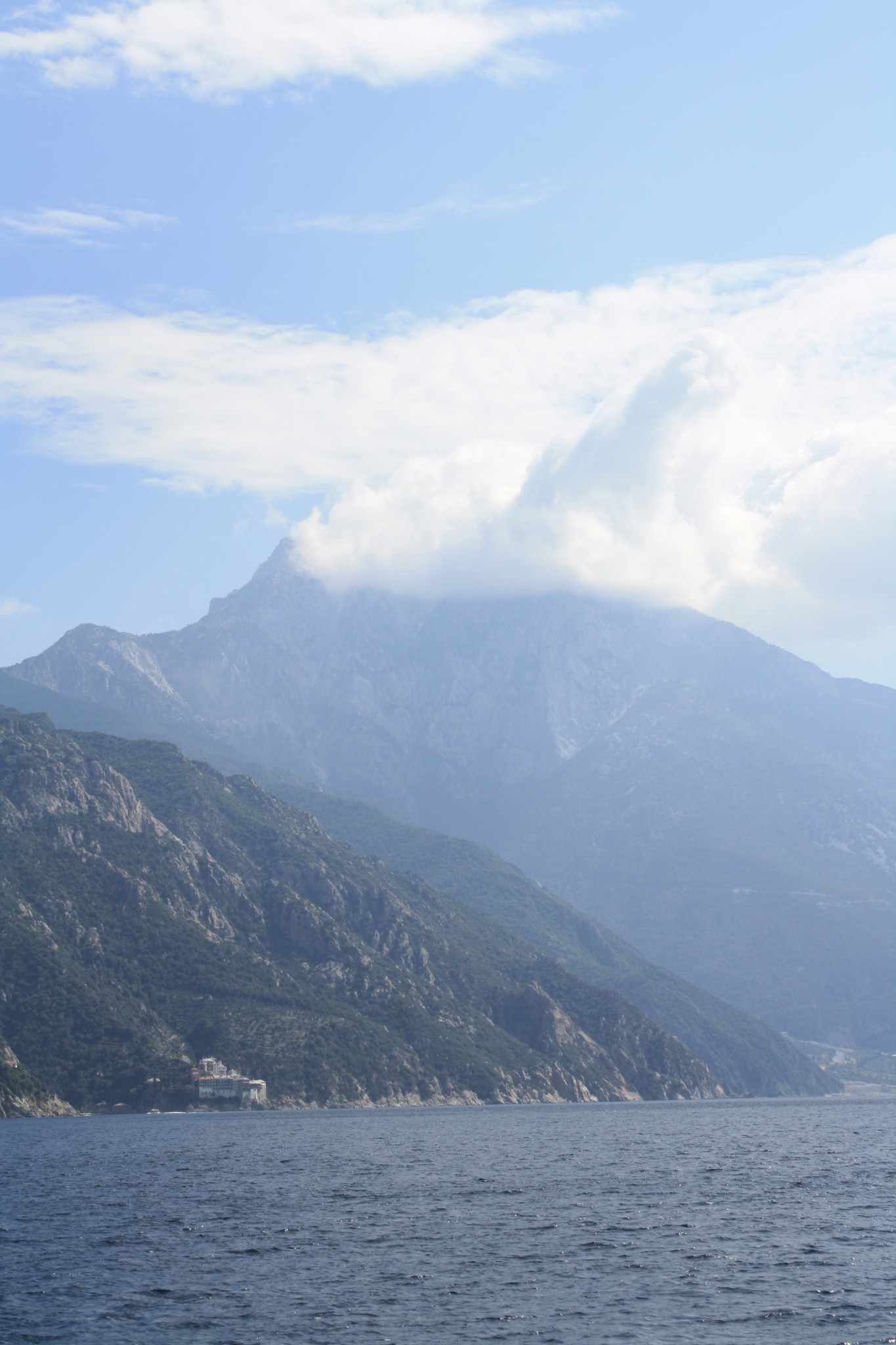 Mount Athos is the holiest mountain in Greece, a religious relic trapped in self imposed isolation from the outside world.

And in archaic, old fashion, women are unequivocally banned from setting foot on this Grecian peninsula, which just might make it the manliest mountain in Greece too. 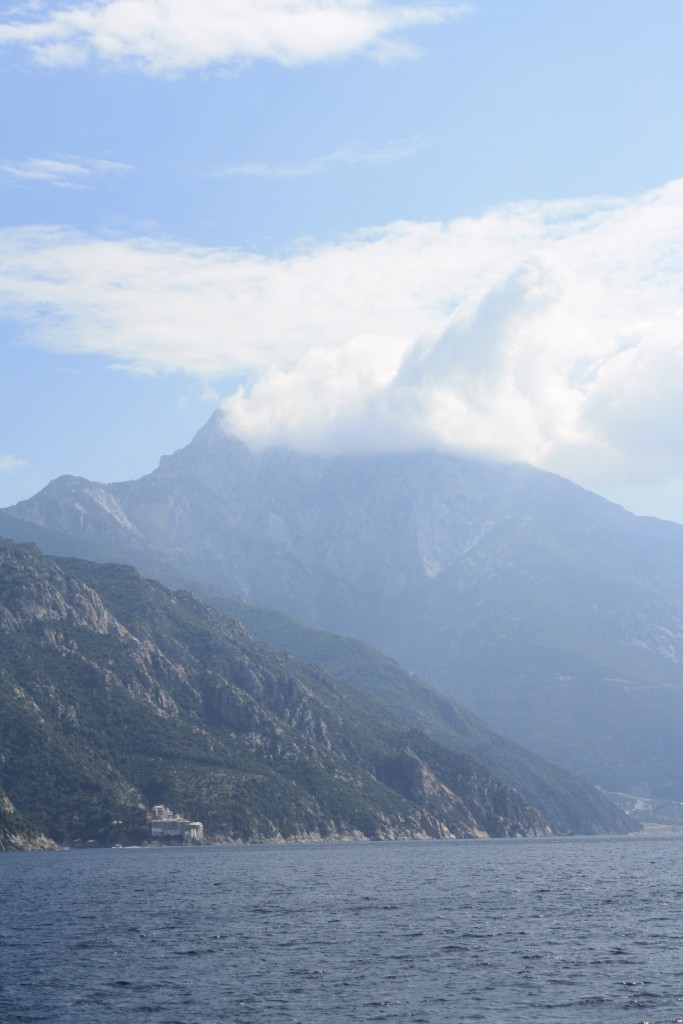 Mount Athos is home to a monastic community which can trace its origins back a millenia. The peninsula, a world heritage site,  is also an autonomous state within Greece. That means the monks can run things the way they want things run and it means that the Orthodox Christian community can uphold their centuries old seclusion and live the spiritual life in solitude. 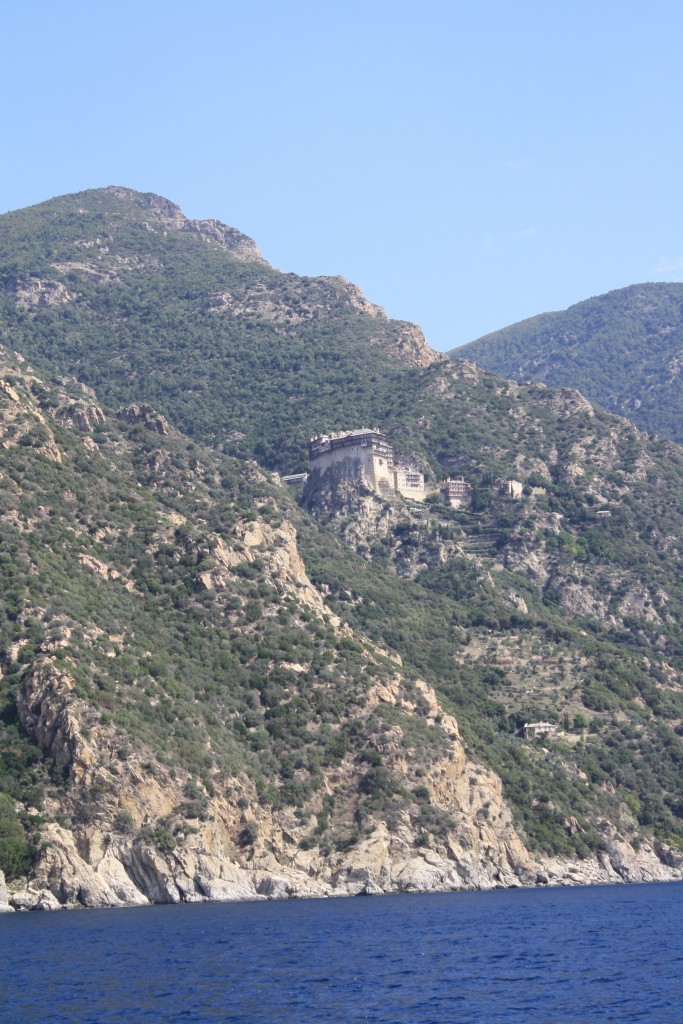 20 Monasteries dot the rugged landscape, while Mount Athos itself, borne from the legendary Gods of Ancient Greece, towers above them all. 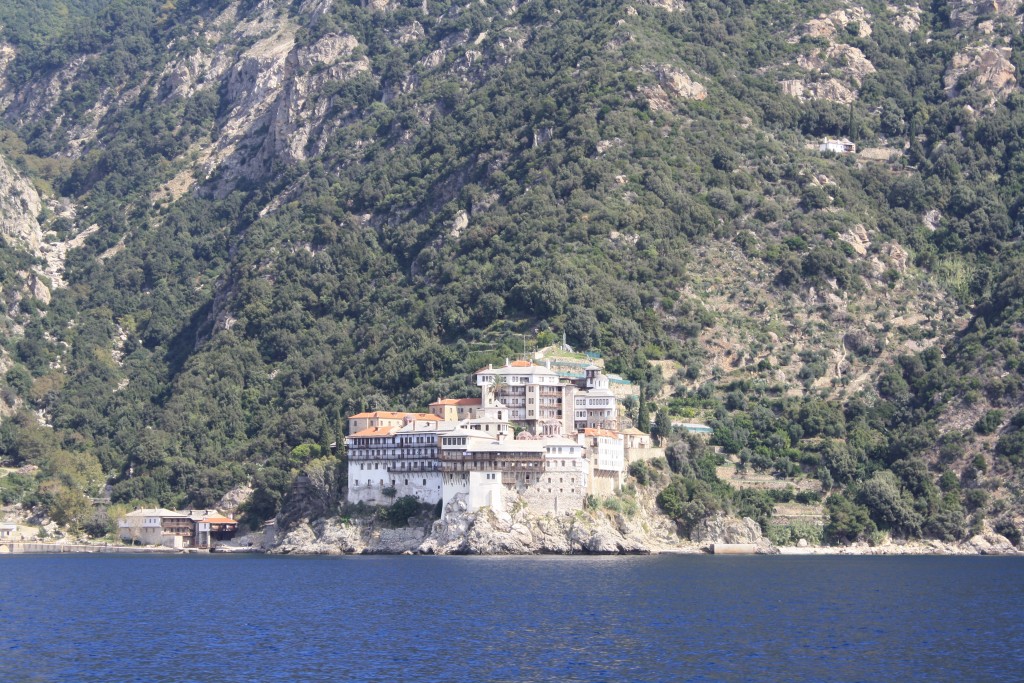 Not being quite so misogynistic as the monks would seem to be, I was myself travelling in the company of women. We wouldn’t be able to infiltrate the monasteries by land, so we had to travel by boat.

And not wanting to bring the wrath of the heavens down upon us, the boat had to keep to the legal of requirement of staying at least half a kilometer from the shore at any time. Any closer and the poor souls might succumb to the ghastly temptations of the outside world. 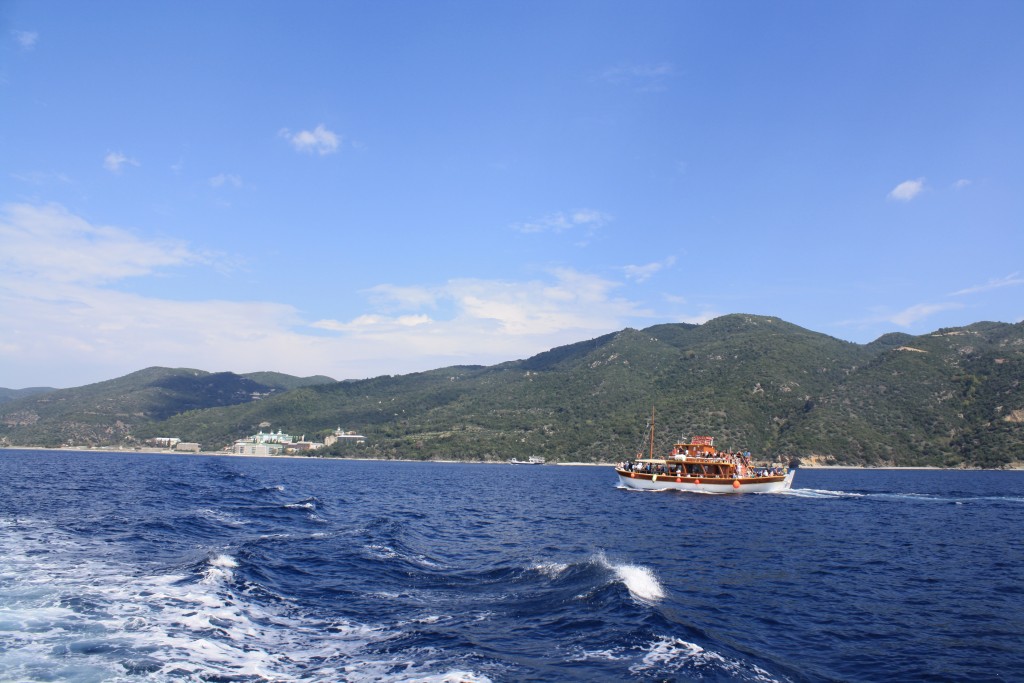 The Virgin Mary herself is said to have visited the mountain, and so the monks that came to occupy Mount Athos came to the spiritual conclusion that no other woman should be allowed to ‘outshine‘ her. So for nigh on a thousand years women have been kept away. And they’ve been rather successful at keeping women away too. I suppose it probably helps the monks keep their celibacy vows. 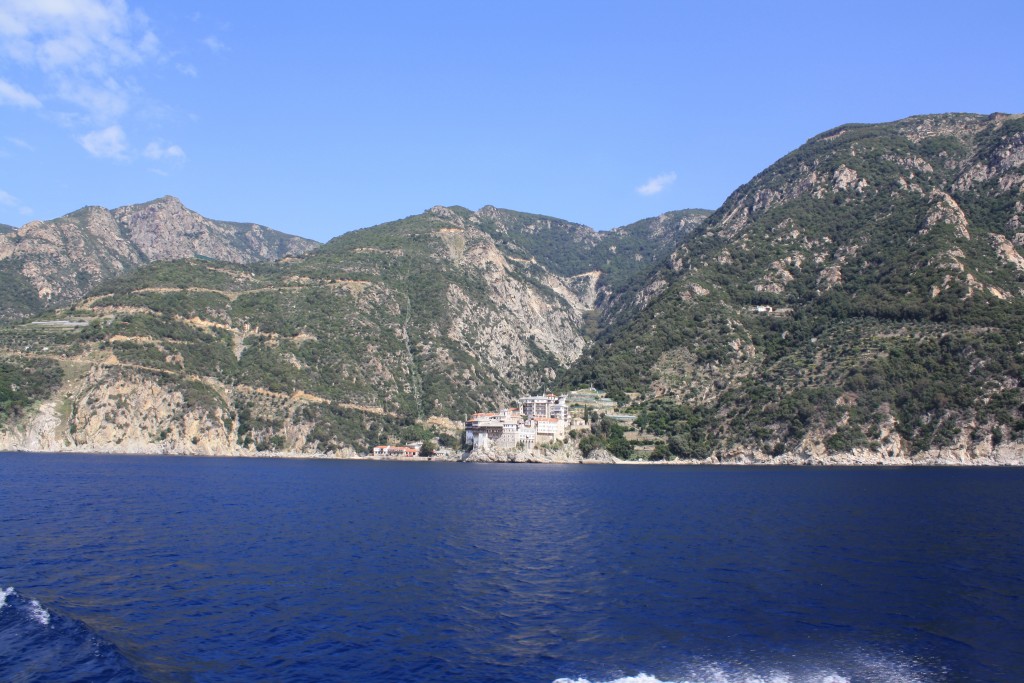 The obvious question to ask at this point, is does this carpet ban on women mean that even female cats, dogs and other members of the animal kingdom are banned alongside their female human counterparts? I don’t know for sure. But with such orthodoxy, I wouldn’t bet against it. 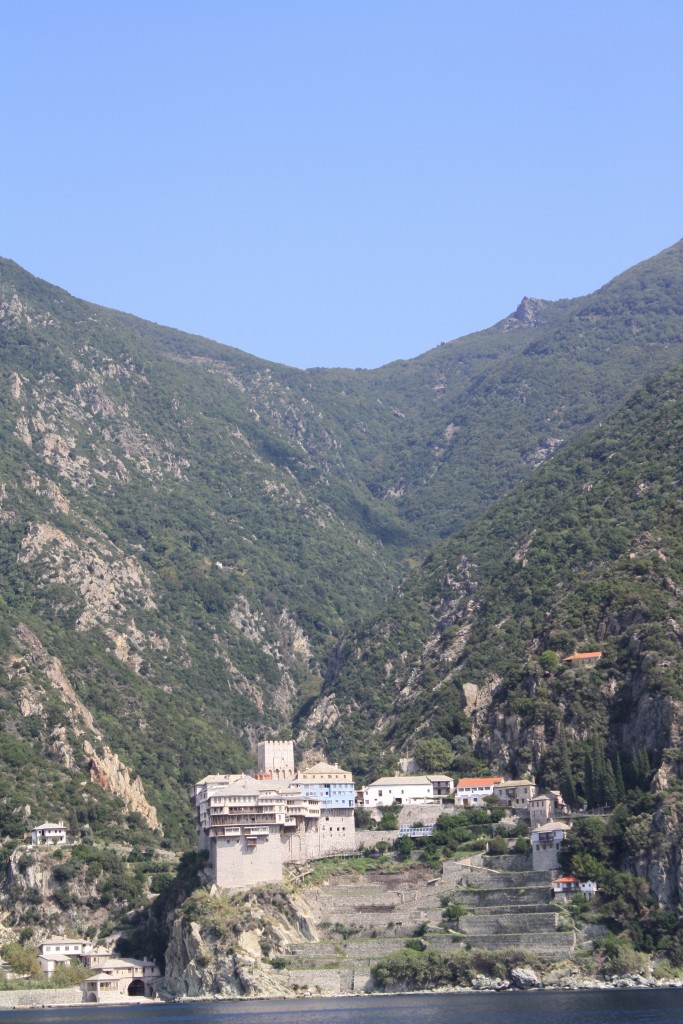 The monasteries house some of Orthodox Christianity’s most sacred texts and historic relics. They are also relatively self sufficient, growing grapes and fermenting wine being part of the Mount Athos lifestyle. They may have kept the women out, but who can say no to a fine glass of vino? 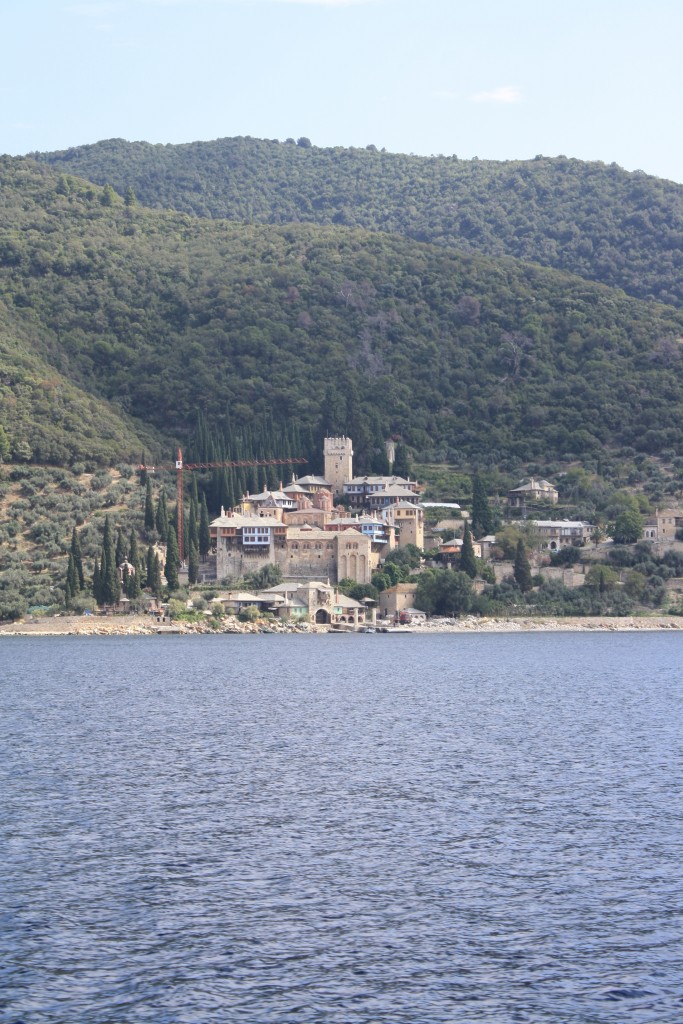 Perhaps the monks are doing something right though. The monasteries have survived the turbulent centuries, despite being raided by pirates and witnessing the rise and fall of Empires. The peninsula has sheltered refugees in time of war and come through the political turmoil and strife of modern Greek history largely unscathed.

But as the boat turned around to leave the monks to their peace, I couldn’t help but wonder for how long such a place could isolate itself in the modern age. 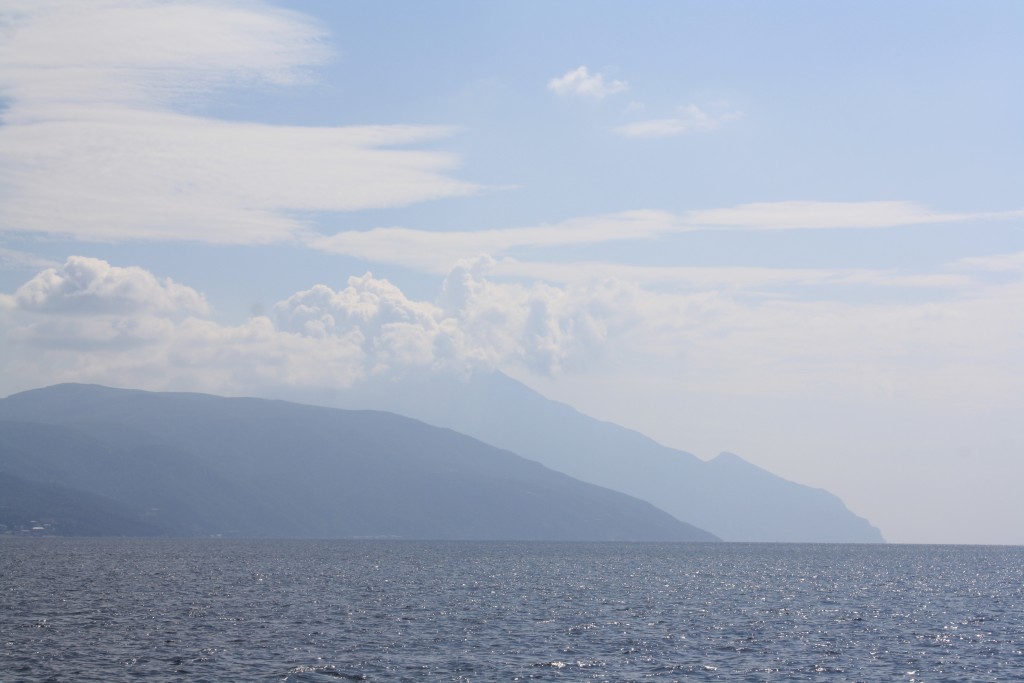 The European Parliament may well crash their party in the name of gender of equality, and the monks could one day be forced to let women stand upon their shores. Surely though, Mount Athos has survived worse things than the company of females through its long history, and these resilient, Godly people can find a way to reconcile their beliefs with the advances of today’s world.

But who am I to say that women even want to hang out on a big rock full of hermits and monks?

With such isolation comes strict border control, but if you are contemplating a visit to Mount Athos, and you are of the male gender, then it is possible to arrange permits and stays at the monasteries in nearby Thessaloniki. Find out more here.

In the area? Then why not go underground at the Petralona Caves, where Europe’s oldest human skull was discovered by a local shepherd.