Petralona Cave and the Oldest Human Skull in Europe 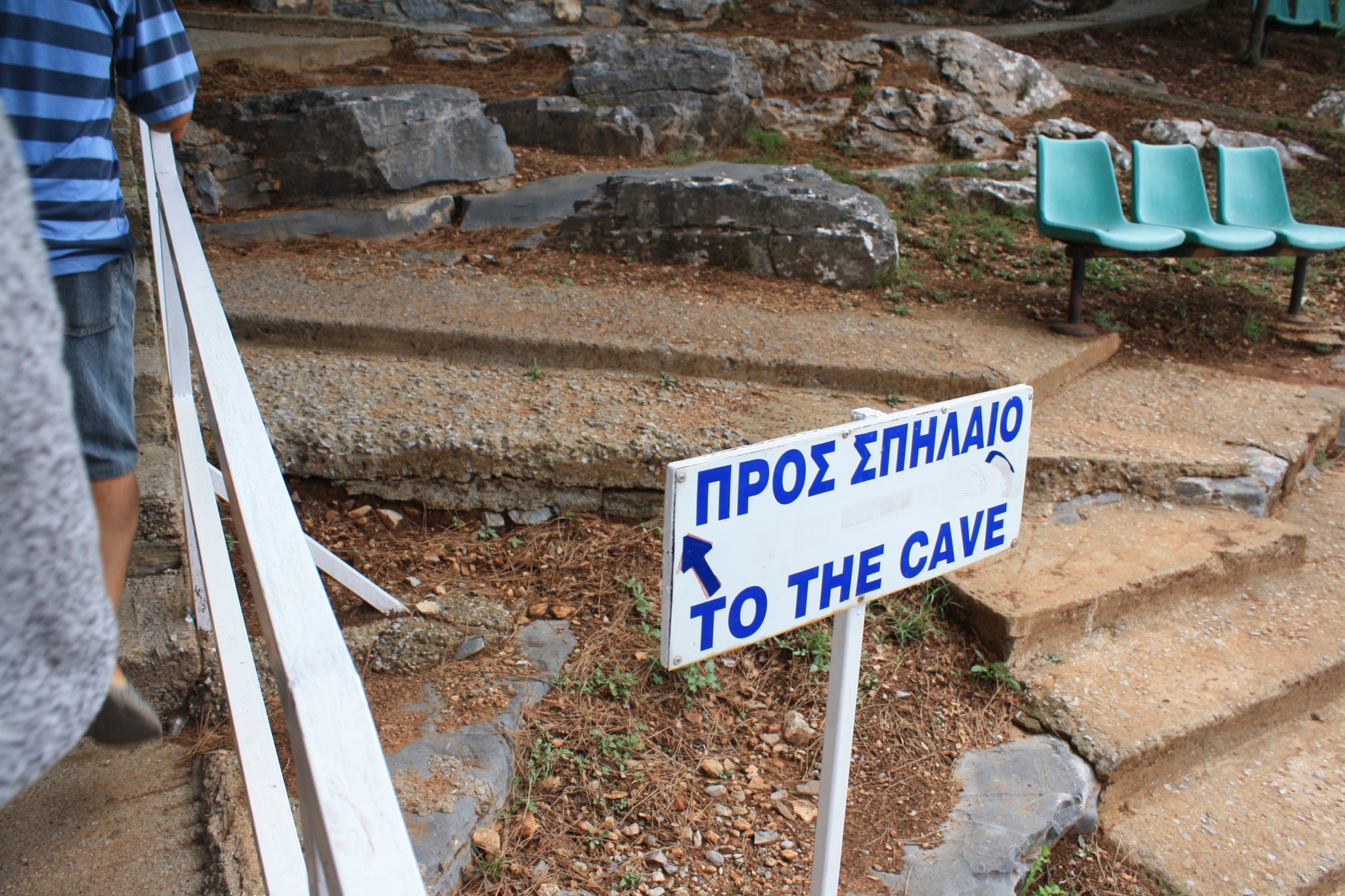 When you see the blue train hurtling along the road towards you, then you’re in the right place.

Hidden in the hills of mainland Greece, near the city of Thessaloniki, the Petralona Cave was only ‘discovered’ in 1959 and what was found inside this little known Grecian cave could change the entire perception of European human history. 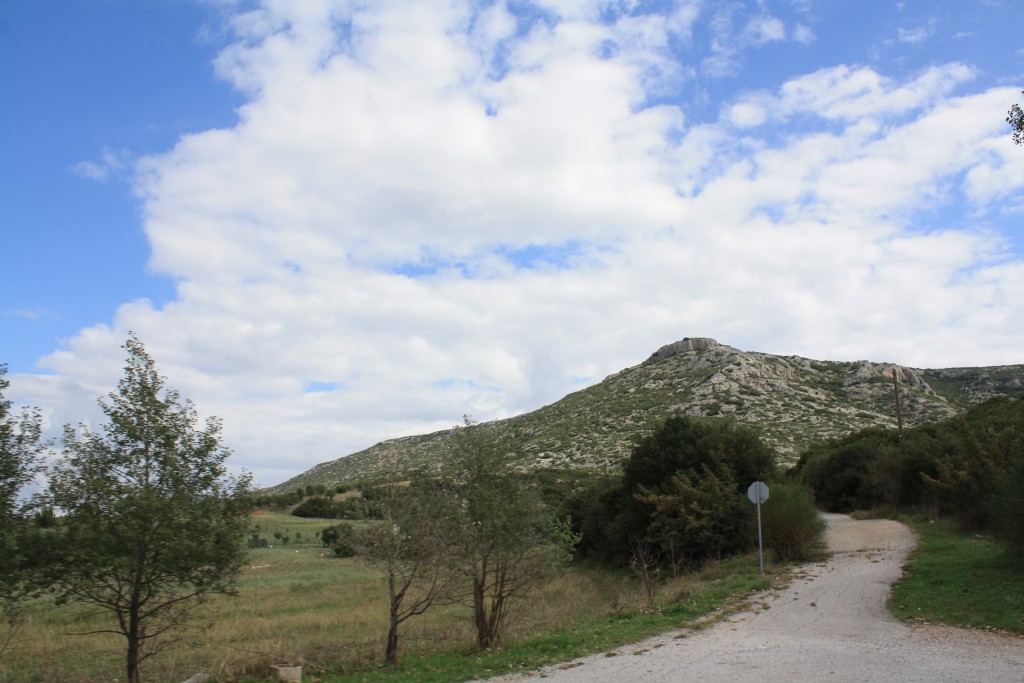 That may sound like an over indulgent, attention grabbing headline, but the ‘Petralona Skull’ found within the cave is supposedly the oldest humanoid fragment to ever be unearthed in Europe, with some guesses dating it back as far as 700,00 years, and more conservative estimates still supposing 200,00 years. Of course, opinions are split on the true age and what this all means for the course of human evolution, and migration theories,  but what I can tell you as fact is that the limestone caves that hid this prehistoric find for so many years are a spectacular underground scene.

And of course, there is only one way to travel in style to see this  geological marvel. And that’s on the land train. 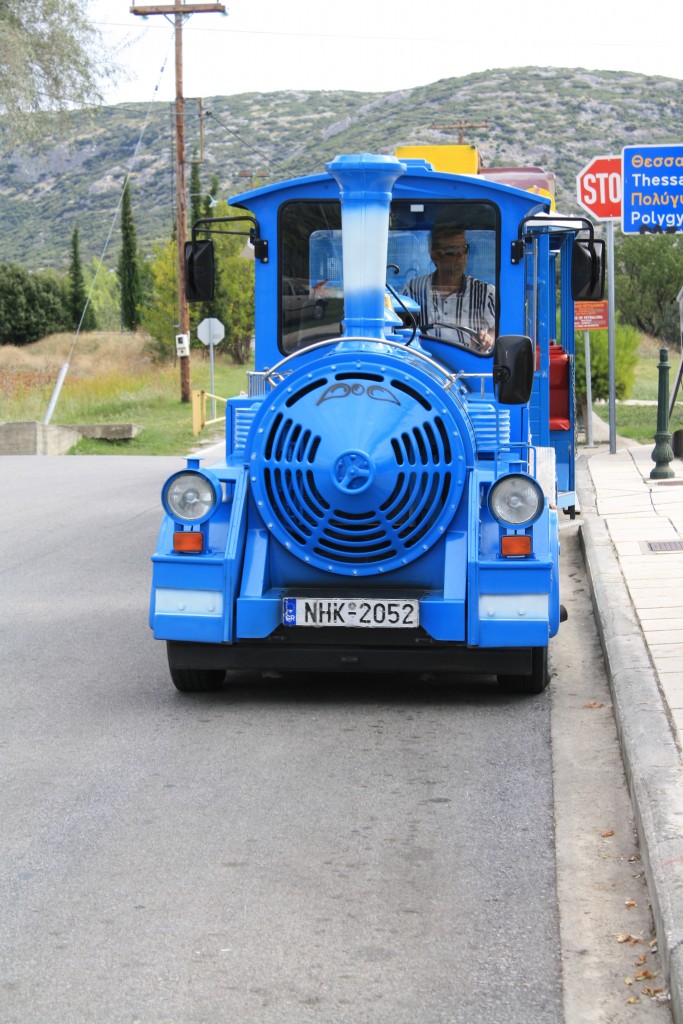 This blue beast takes you effortlessly into the hills. 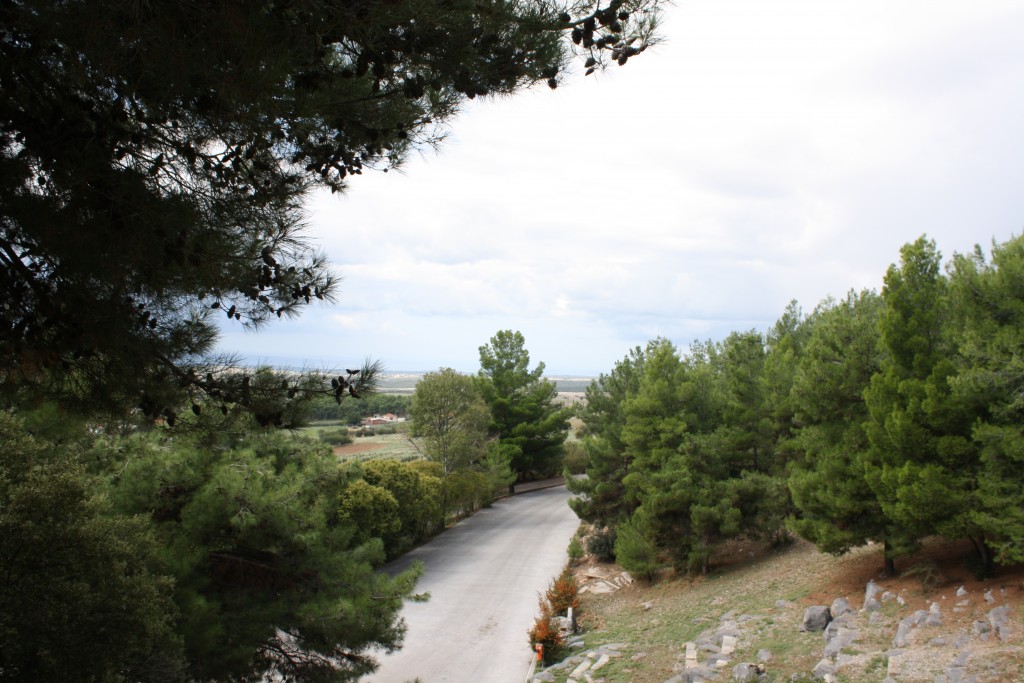 There’s a rather fine Anthropological Museum outside the cave, and they’ve even built some depictions of the prehistoric wildlife that would have roamed these lands all those years ago. And if you use your imagination it almost looks real. 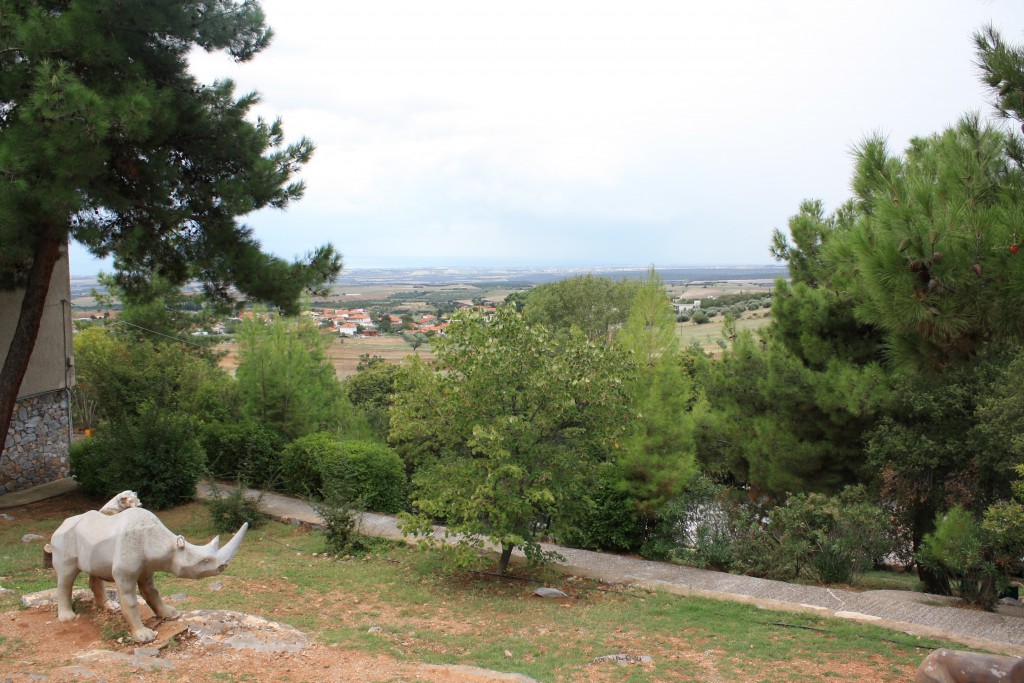 The museum houses an abundance of fossils, bones and primitive tools that have been painstakingly excavated from the confines of the cave, all of them ancient beyond our own mortal contemplation. All manner of wildlife have been found in and around the place, from early human species to hyenas and bears. 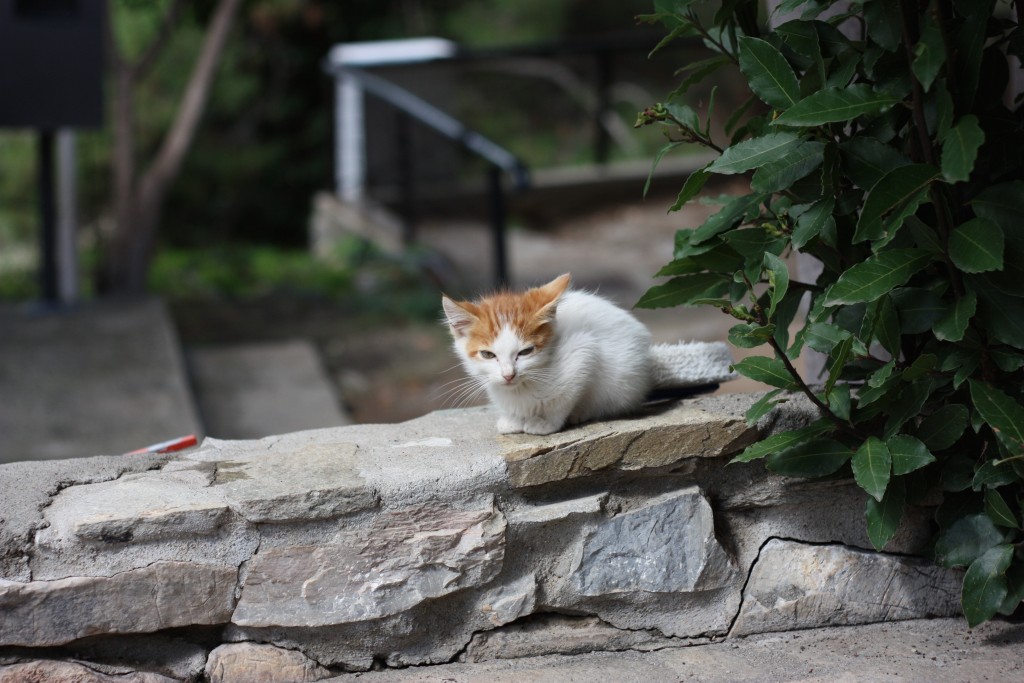 The large cat population that inhabits these wild hills doesn’t seem quite so terrifying in comparison to what used to stalk these lands though. 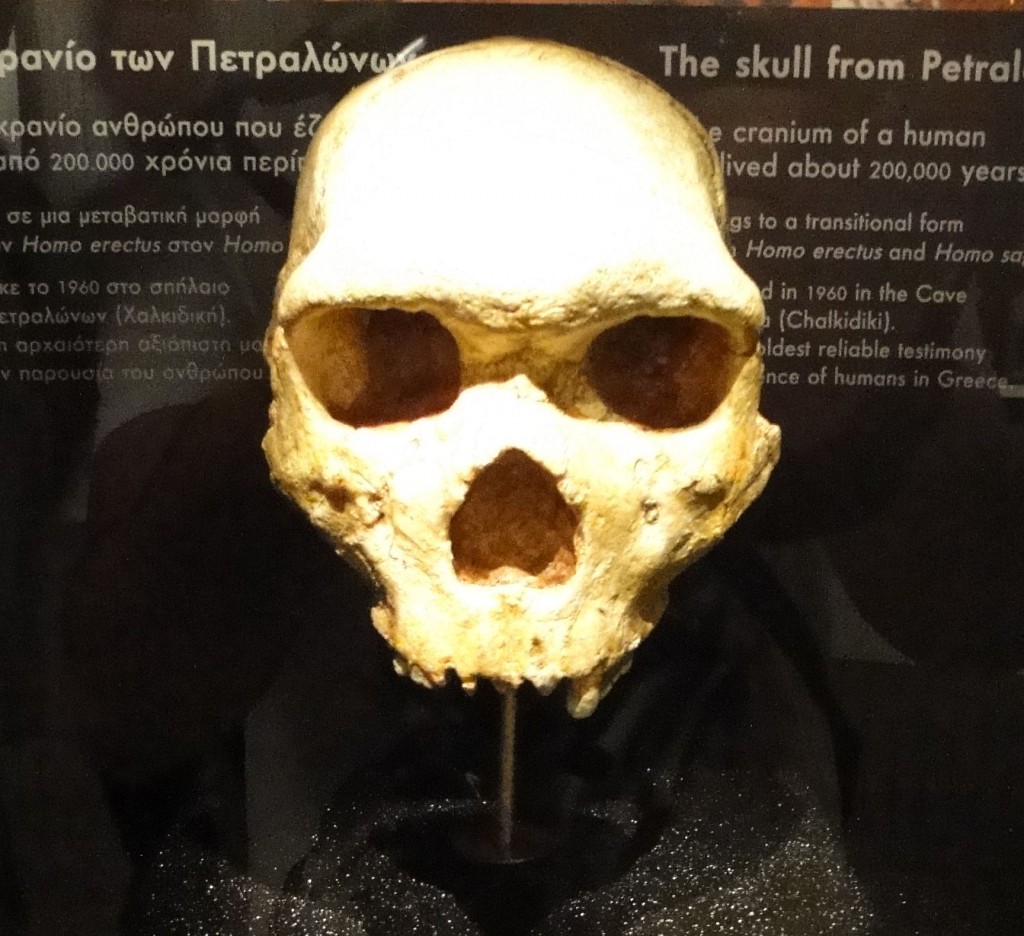 Unfortunately the millennia old human skull of Petralona is no longer on site. The museum holds only a replica, and those wanting to see the genuine artifact will find it kept at Thessaloniki’s University, where presumably they are still trying to agree on its true age.

But fear not, there’s an entire diorama inside the cave of early humanoids looking slightly Gollum-esque. 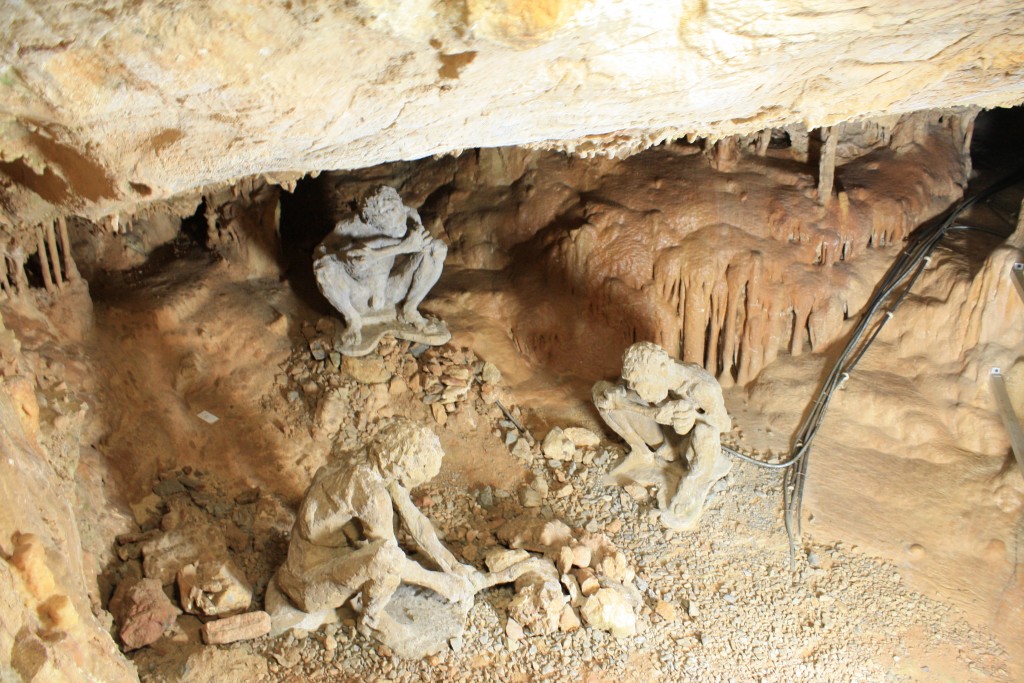 And a badly translated plaque where the historic find was made. 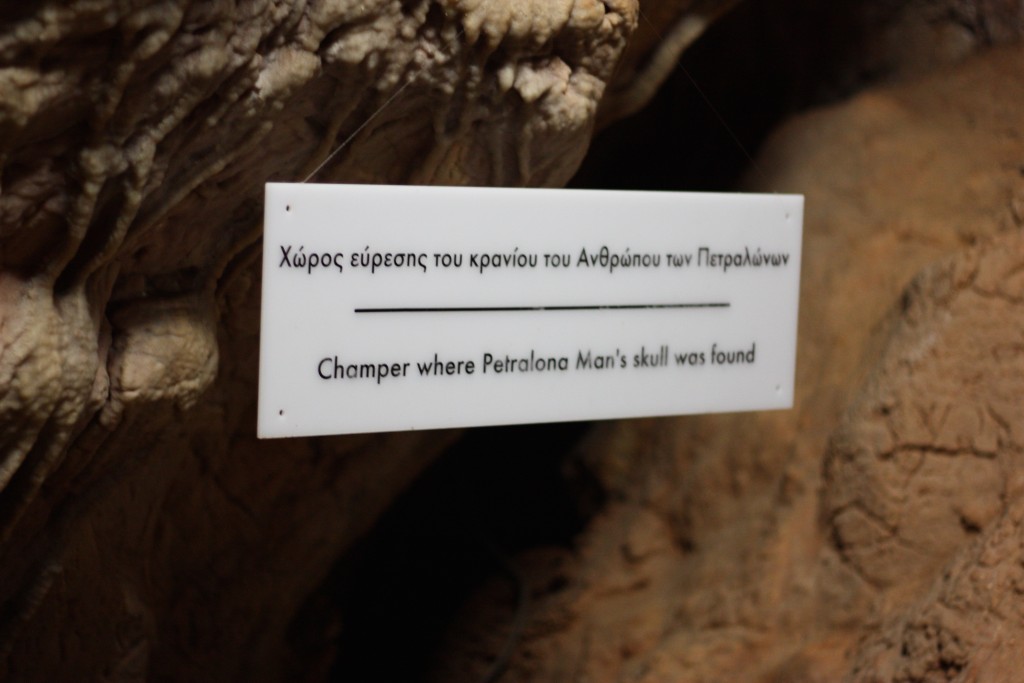 None of the theatrics detract from the natural marvel of the cave though, or at all from the archaeological significance of the place. 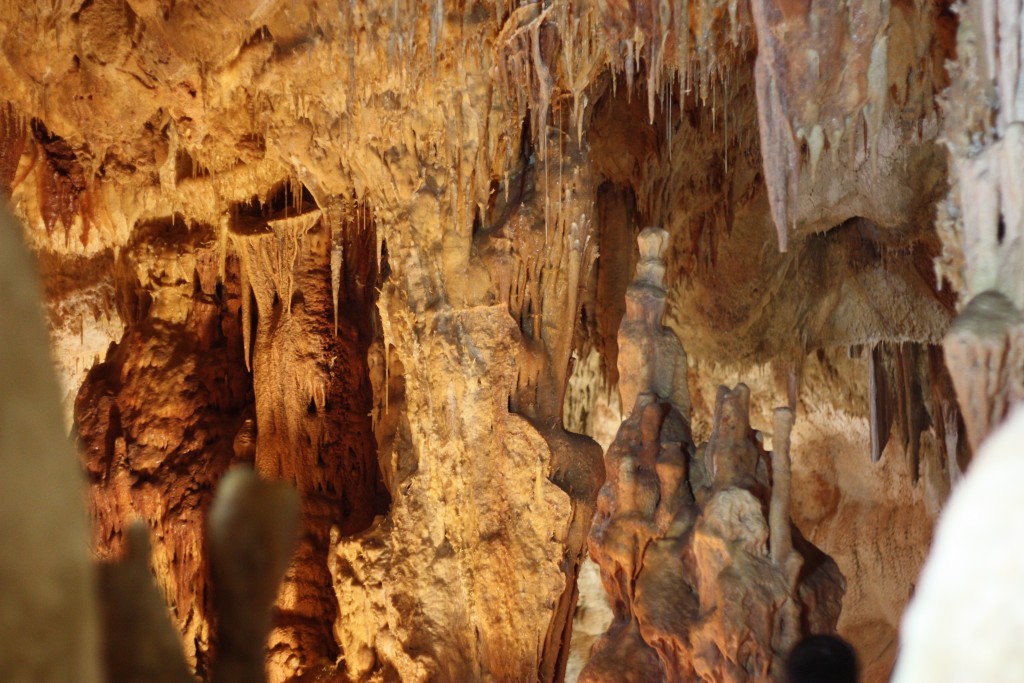 Stalactites hang from the ceiling as stalagmites rise to meet them. 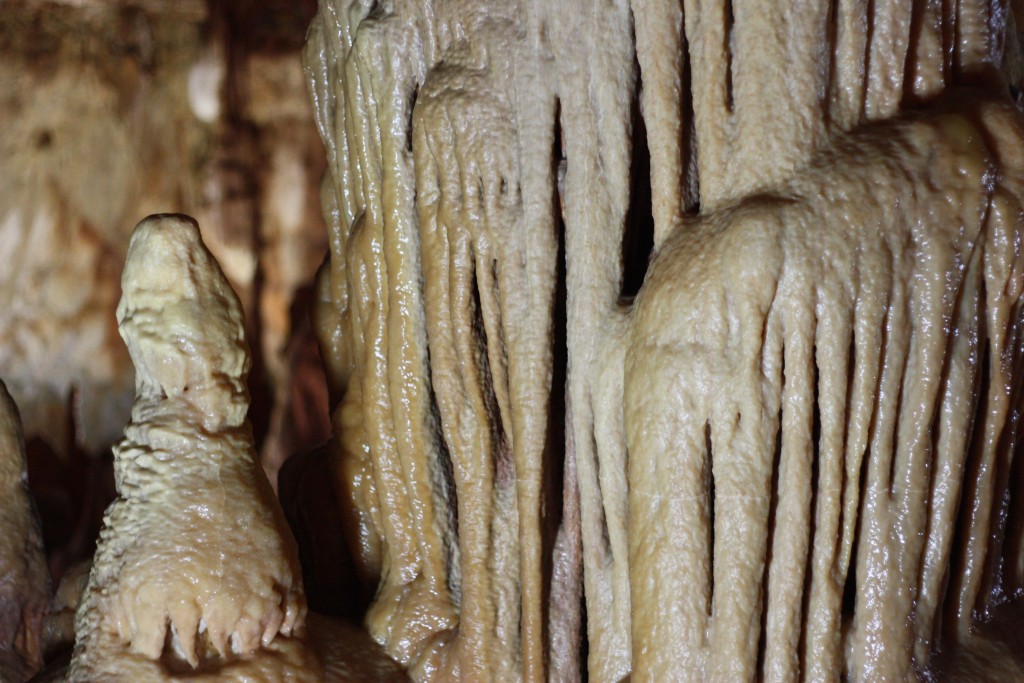 Knowledgeable local guides show groups around the cave throughout the day, navigating you through the maze of tunnels and caverns. You aren’t supposed to take many pictures, but the guide might just let you sneak a few. 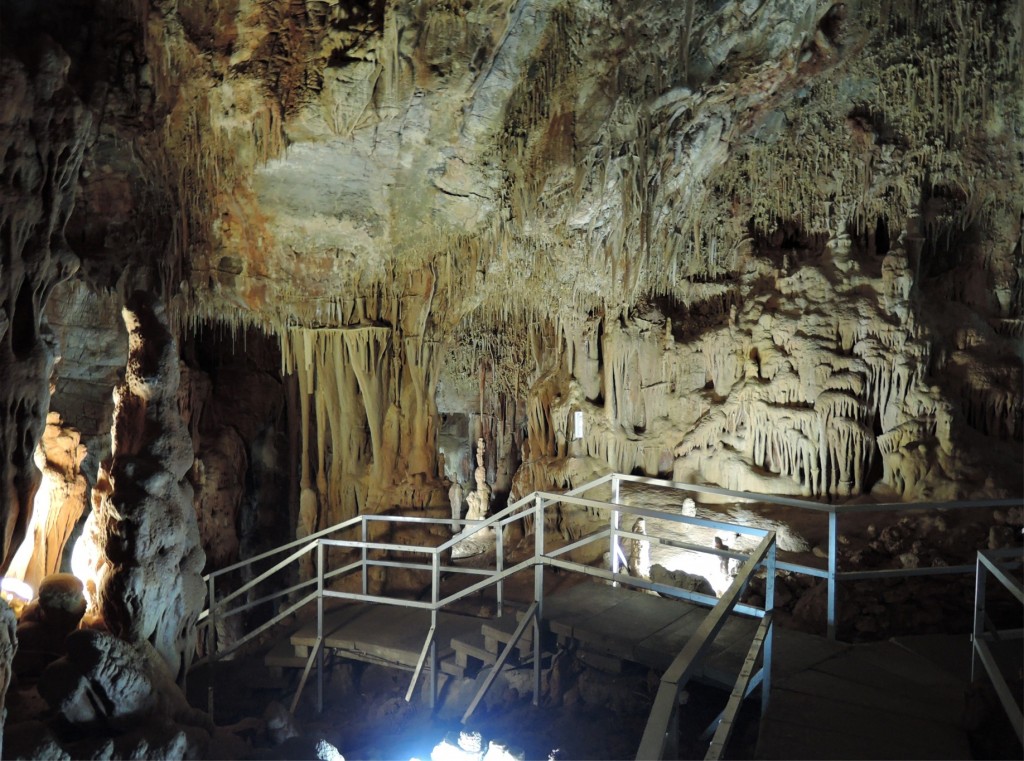 The Petralona skull has sparked fierce debate over the evolution of our species itself, with scholars purporting that if indeed it is as old as the most dated of estimates, then the whole out of Africa theory may be wrong, as the skull would prove that a close human species was in Europe long before they are supposed to have even left Africa.

The caves might have a few touristy elements to them, but don’t let that detract you from their historical importance or from their natural beauty.

The Petralona Cave lies in the Halkidiki region of Greece, 50 kilometres or so from Thessaloniki. There isn’t a huge amount of public transport to this secluded area in the hills, but if you make it, don’t forget you can take the road train to the top.