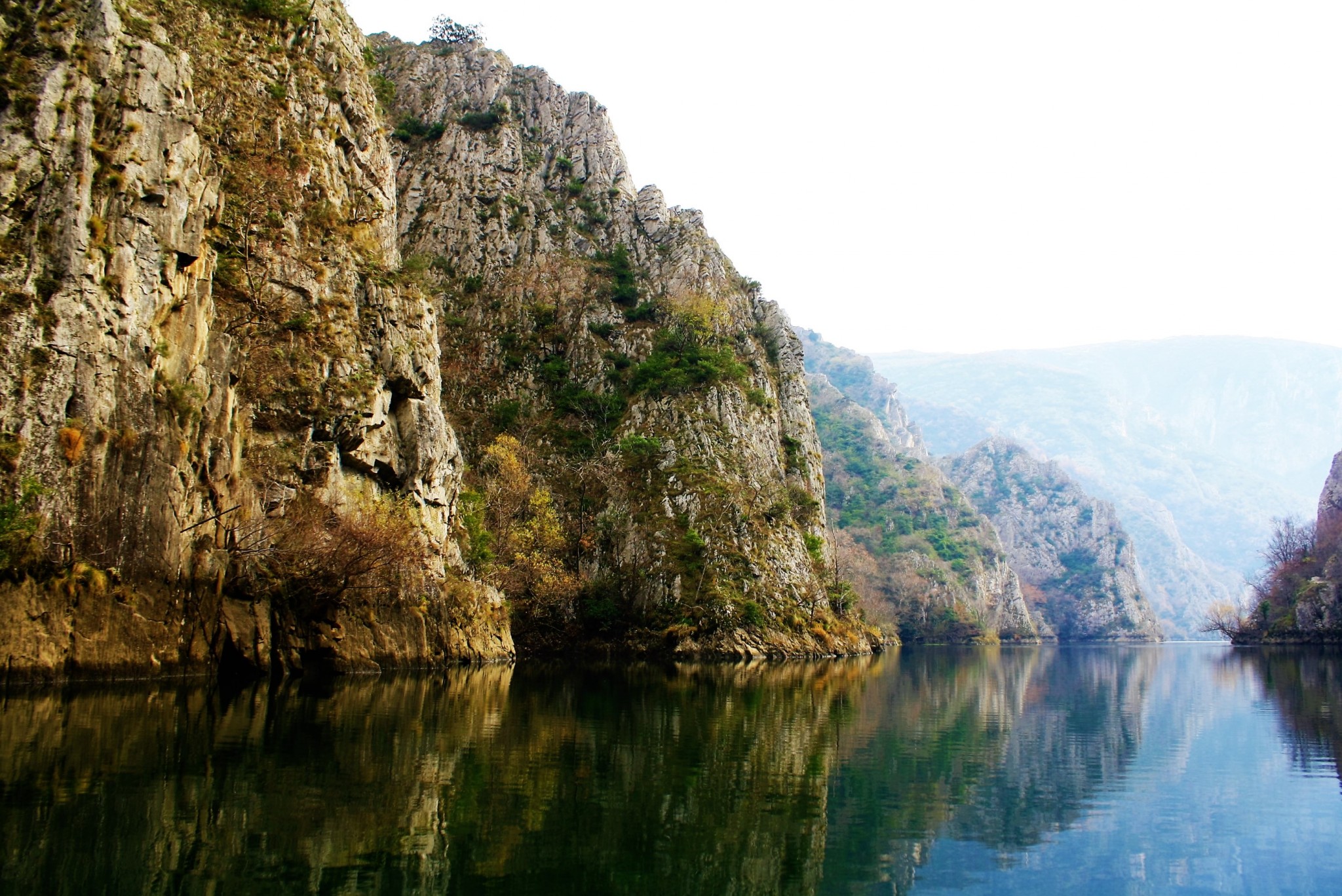 There’s nothing better than escaping the chaos of city life.

If you find yourself in Skopje, and need a break from the urban sprawl, then head on down to Matka Canyon, Macedonia’s scenic river gorge. 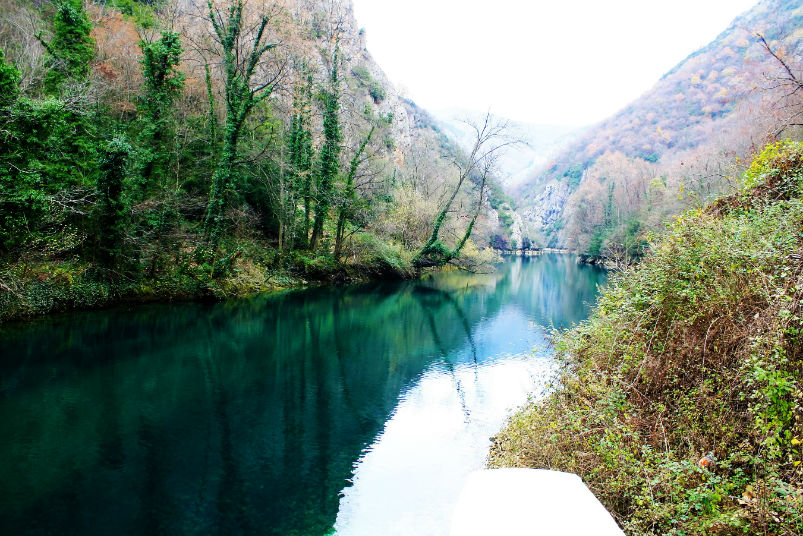 The Matka Canyon is a mere 20 kilometres from the city of Skopje. Its long winding gorge and pleasant river setting are a world away from Macedonia’s capital however, and a trip here is a trip to one of the finest outdoor experiences the country has to offer. 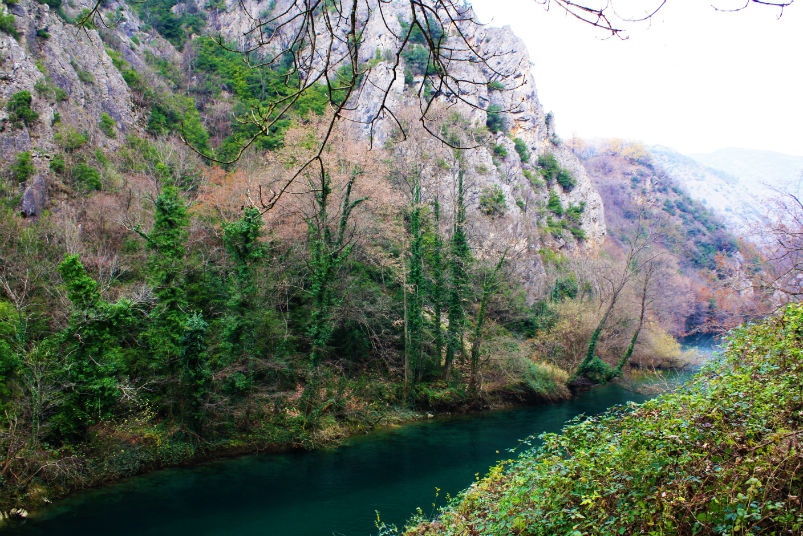 The bus made its way through the suburbs of Skopje, before the road abruptly ended. The bus turned around, threw out a few hikers and tourists, and sped off back to the city. I walked off the tarmac, and towards the cliffs and was met by the beautiful, turquoise haze of the river. 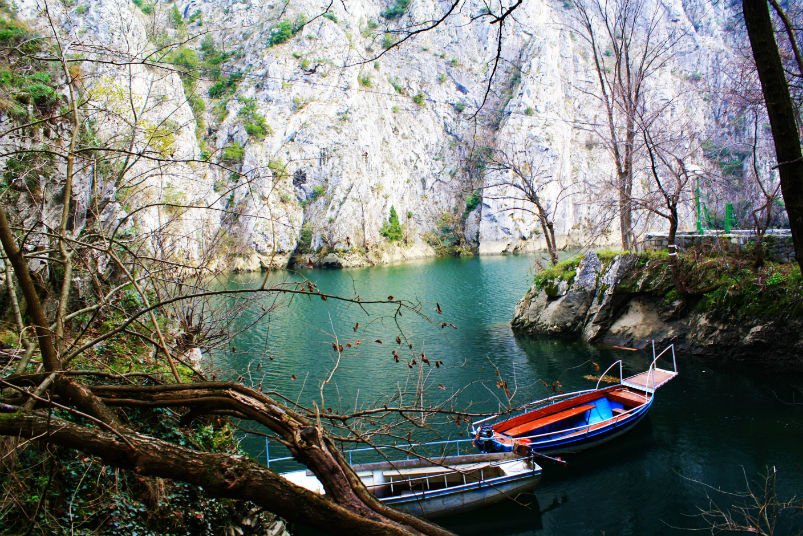 The Matka Canyon cuts through the mountains outside of Skopje, and along the river’s banks are medieval monasteries and castles, some built into the canyon itself. 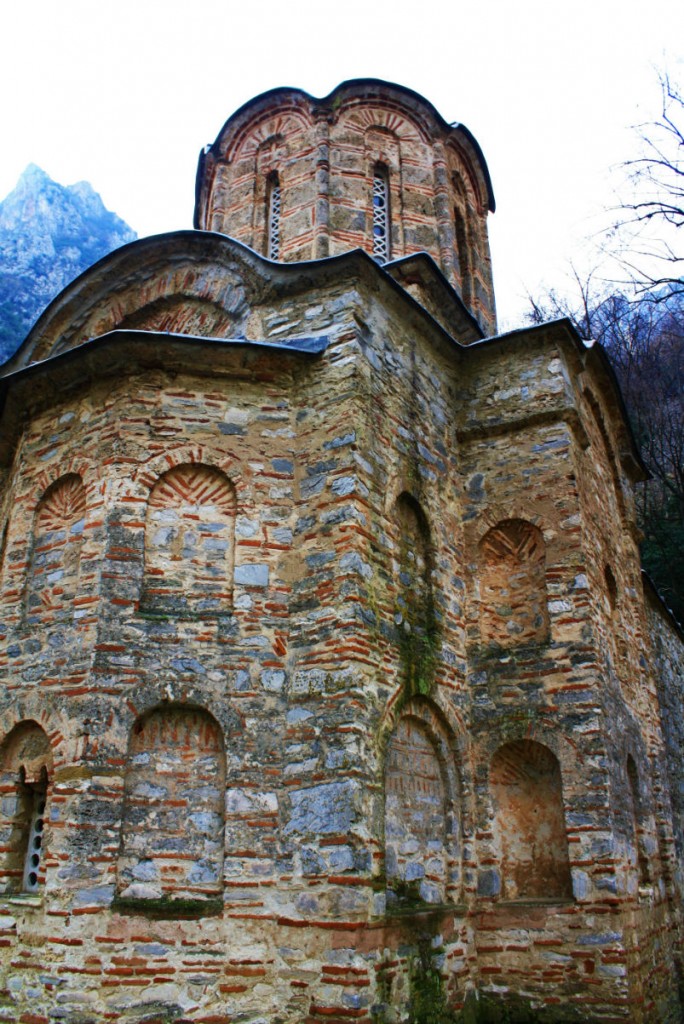 I jumped into a boat making trips along the gorge. We went down river, heading past the high canyon walls and finally stopping at the entrance to a cave complex. 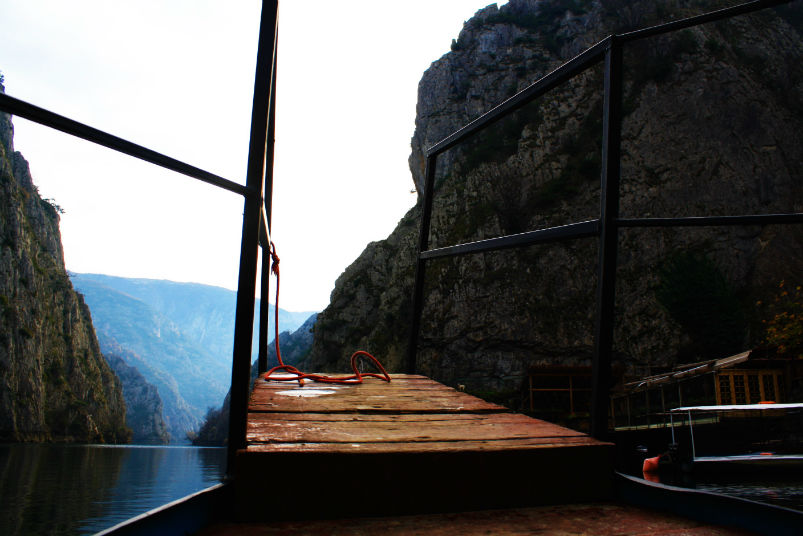 This was the Vrelo Cave. Inside the dark, cavernous space in the canyon walls were two lakes, and numerous stalactites and stalagmites filing the interior. And the ubiquitous bat droppings too of course. The acoustics are so good inside that the Macedonian Philharmonic Orchestra frequently use the cave for performances. 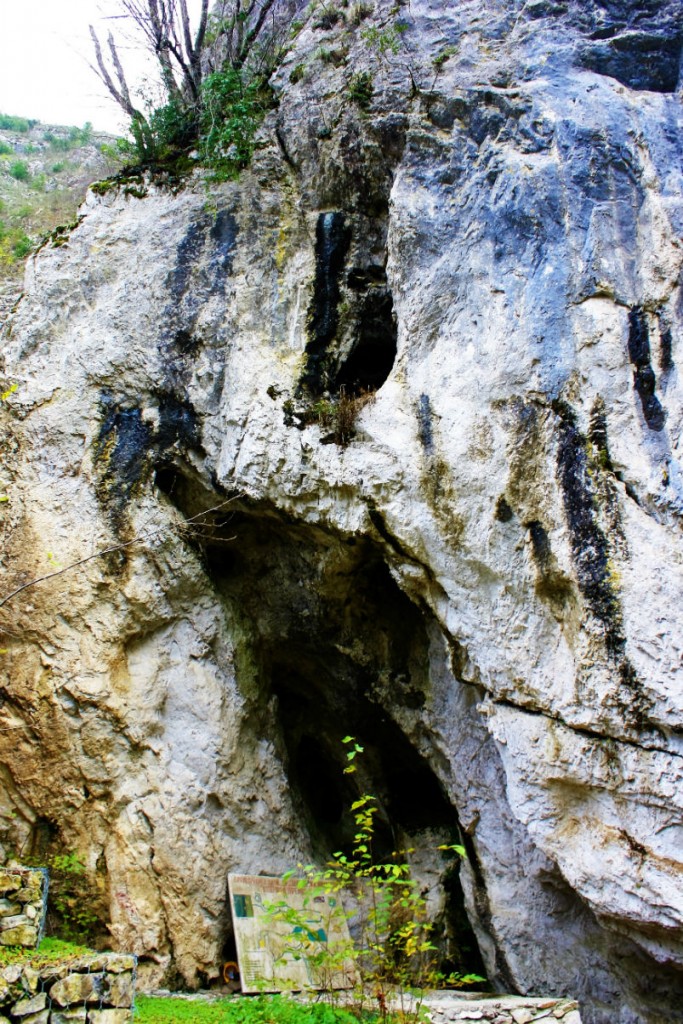 Rumour has it as well that one of the lakes, The Russian Lake, received its name from the fact that the Russian ambassador to Macedonian, whilst on a visit to the Matka Canyon, took all his clothes off and dived right into the lake. Perhaps to prove he was as macho as Putin. 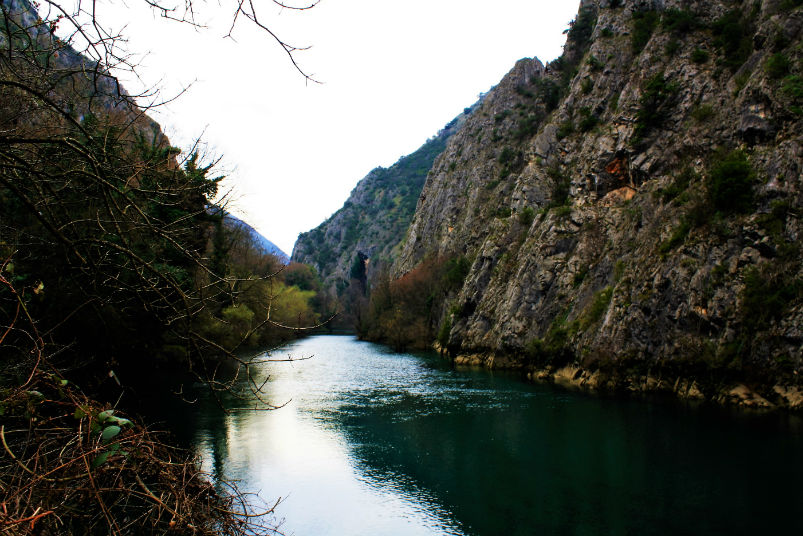 The cave is also thought to be the largest underwater cave in the world, although divers have yet to actually reach the bottom. The underwater caverns are a labyrinth, stretching far and deep, and scientists can currently only speculate the actual depth of the cave system beneath the lakes. The Macedonian boat driver was fairly certain that it would be proved to be the deepest. He seemed to know. And we were in Macedonia, so I obliged and allowed him the fact of course. 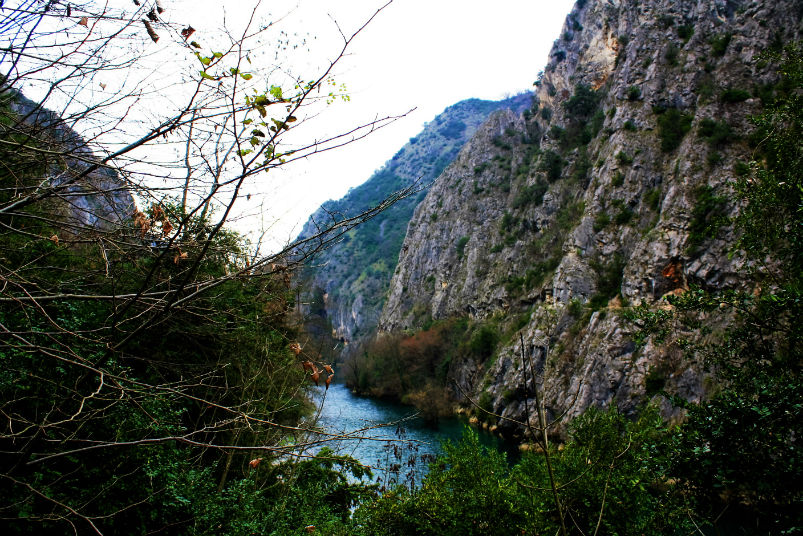 The boat headed back to the start of the gorge after I’d explored the cave, and before long I was back on a bus, heading to the urban confines of Skopje to continue my journey through the Balkans later that day.

How Do I Get To The Matka Canyon?

It’s an easy drive from Skopje if you have your own transport, or there is a fairly regular bus service from the central bus station in the city, every hour or so. Take No. 60, this stops at various points along the way as well if you don’t want to walk all the way to the station. You pay the driver a few Denar, and just be sure to double check the return times locally.