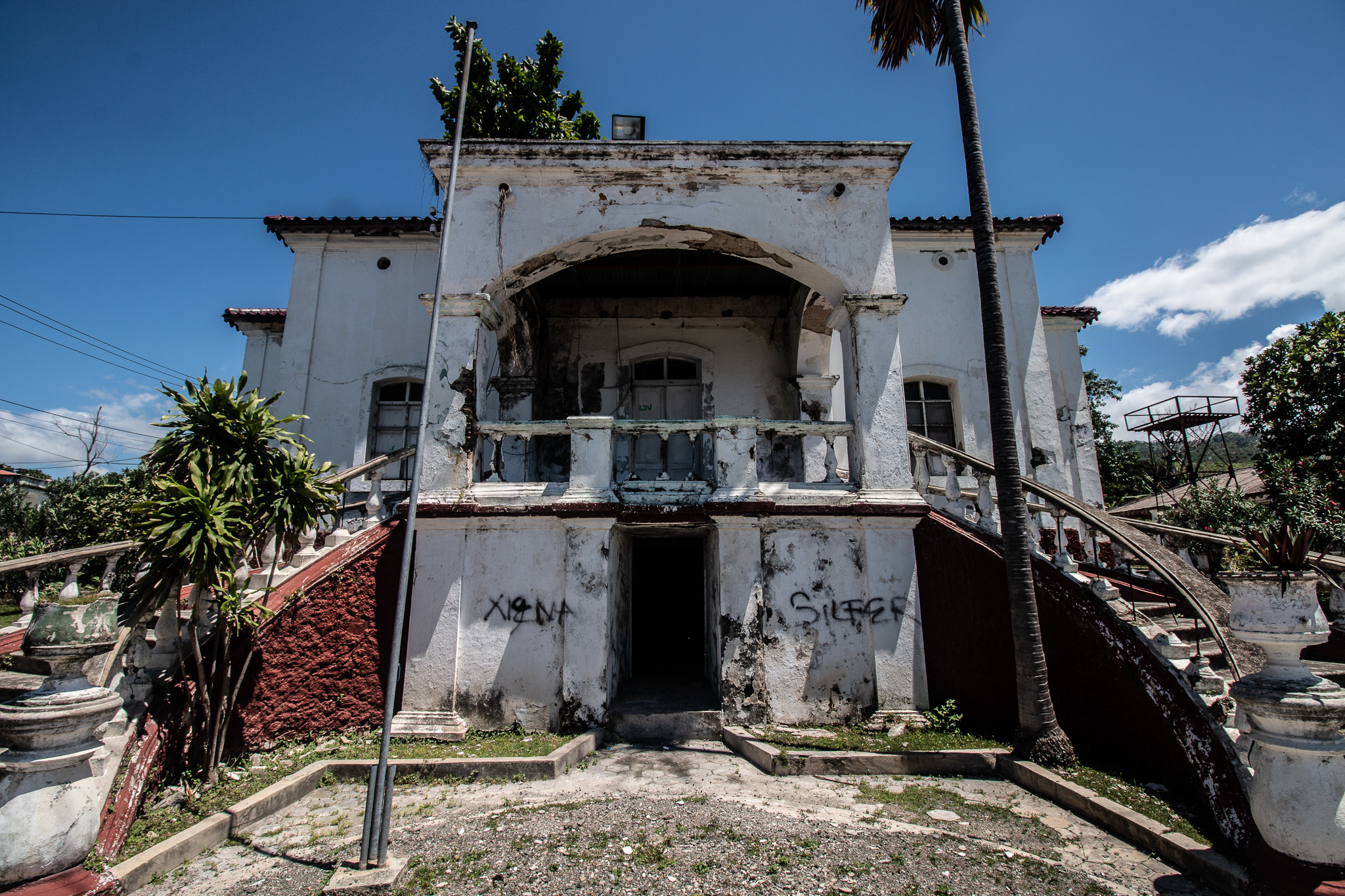 East Timor has an often unexplored colonial history. Along the northern coastline, stretching along the highway from Dili, are many abandoned and often unknown sights, left to the ravages of the elements and time.

One of these unknown sights, left to fall into rubble and disrepair are the abandoned colonial ruins of the coastal town of Liquica, a place just 30 kilometres away from the capital city Dili.

It’s a complex place. Liquica served as Portugal’s first colonial capital city on the island, and in this young nation’s turbulent recent history, Liquica was the scene of death and destruction when Indonesian militias left a trail of terror in their wake as they left to the west along the highway which passes through the town.

I travelled from Dili to Liquica to uncover more about this important Timorese town. 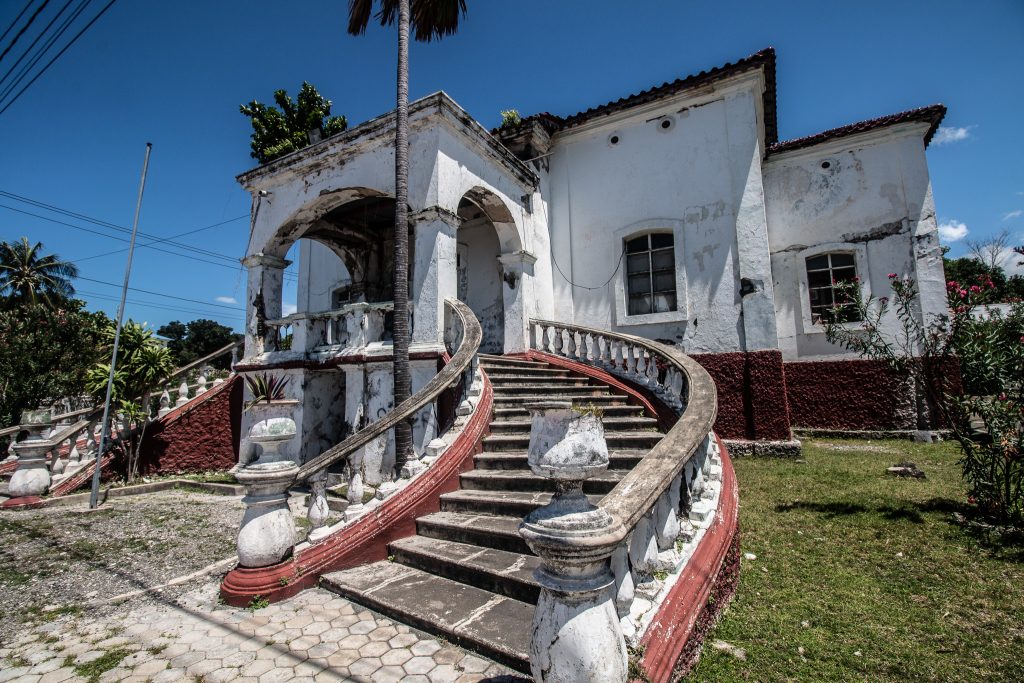 Liquica is almost unknown outside of Timor Leste. For the simple reason that few foreigners know much at all about this small nation that occupies just half of the island of Timor. East Timor is one of the least visited nations in Southeast Asia. It’s also the newest, having only gained independence from the occupying Indonesian forces in 2002.

It’s no wonder then, that the country’s historic sights remain unknown too, especially as these abandoned relics are seen locally as symbols of oppression and are often thought to be haunted. These abandoned, colonial ruins though, from old Portuguese prisons to colonial forts, are important reminders of the country’s long and complex history and their stories should not be forgotten. 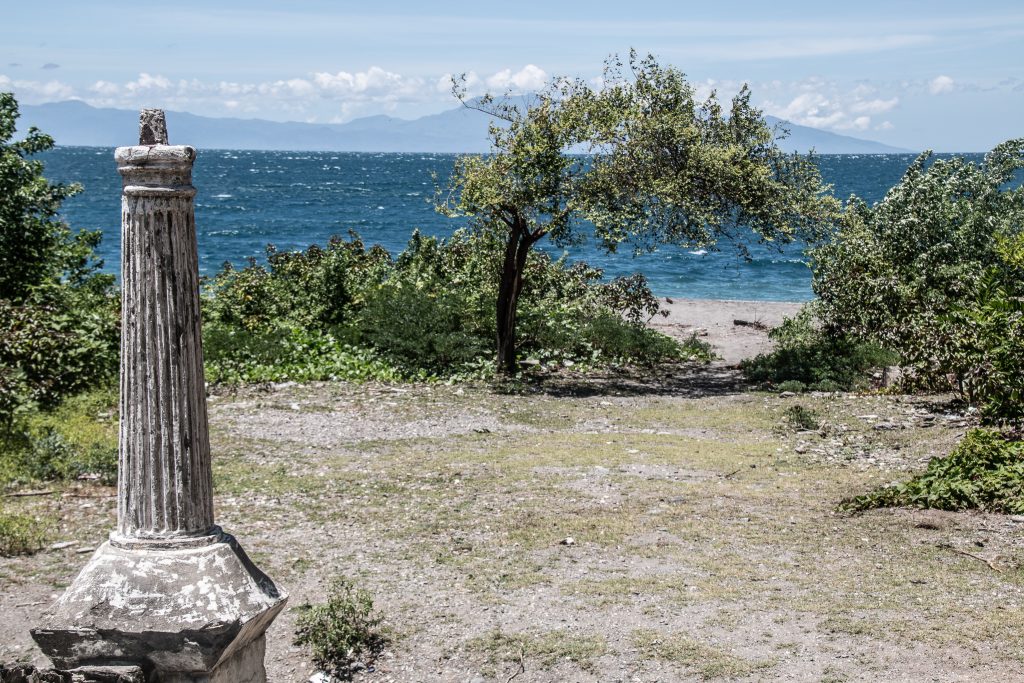 The first thing I noticed as I arrived into Liquica from the coastal highway, was the grand crumbling colonial-style mansion that stands at the entrance to town.

This is just one of the remaining but abandoned colonial buildings to be found in Liquica, a sorry affair that still barely hides its former opulence under a pile of rubble.

I edged through the rusting fence that was part ajar and that looks out across to a memorial for all those who perished during the struggle for independence from Indonesia.

There were no signs or placards to tell the story of this ruined mansion. Just broken windows, an empty swimming pool and dusty rooms.

This may have been abandoned long ago, perhaps when the Portuguese left East Timor in the 1970’s, and if it wasn’t left to rust then, it was certainly abandoned when the town of Liquica was ravaged in 1999 by Indonesian militias. 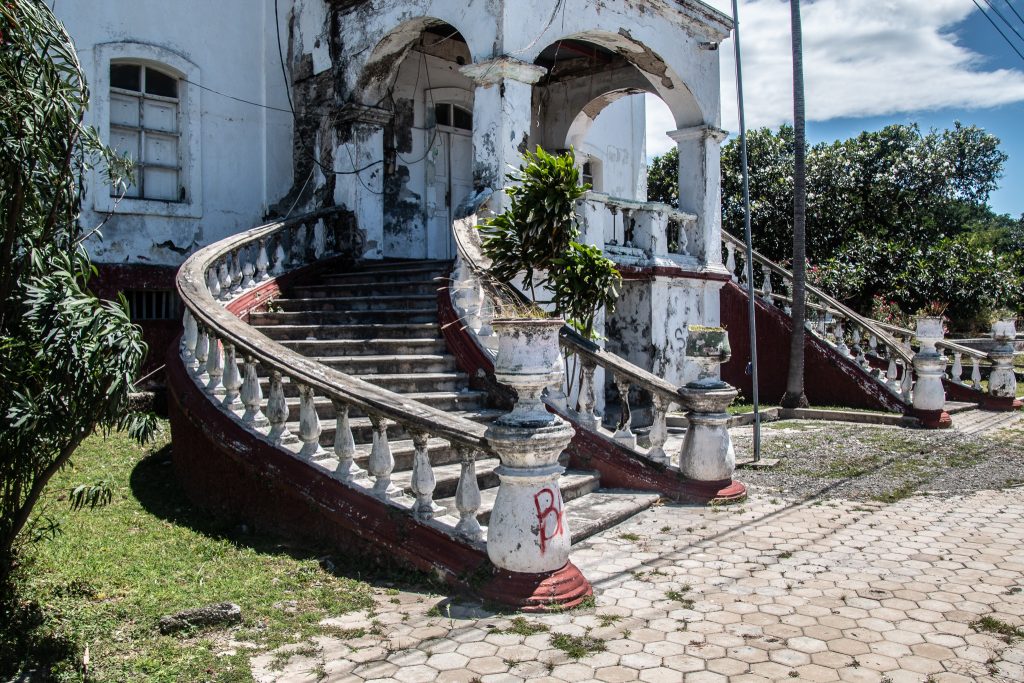 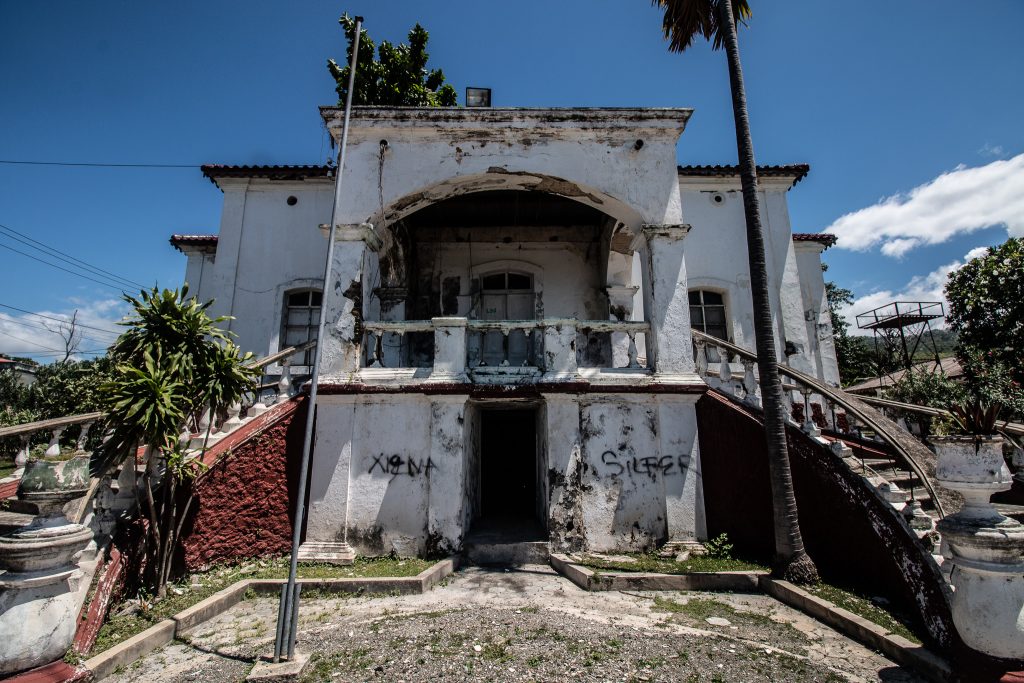 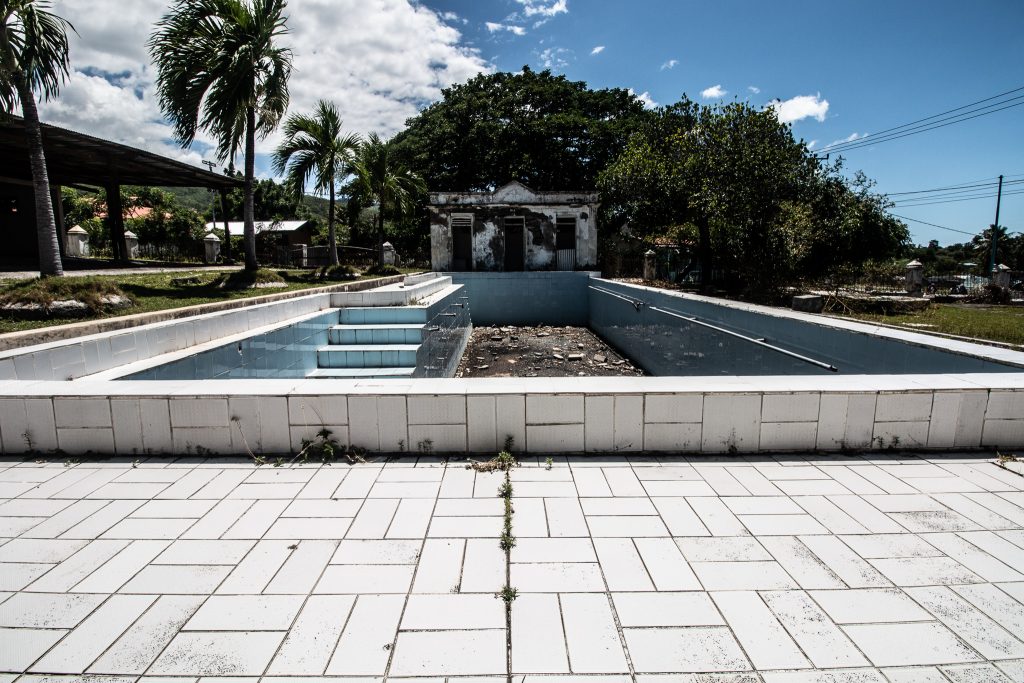 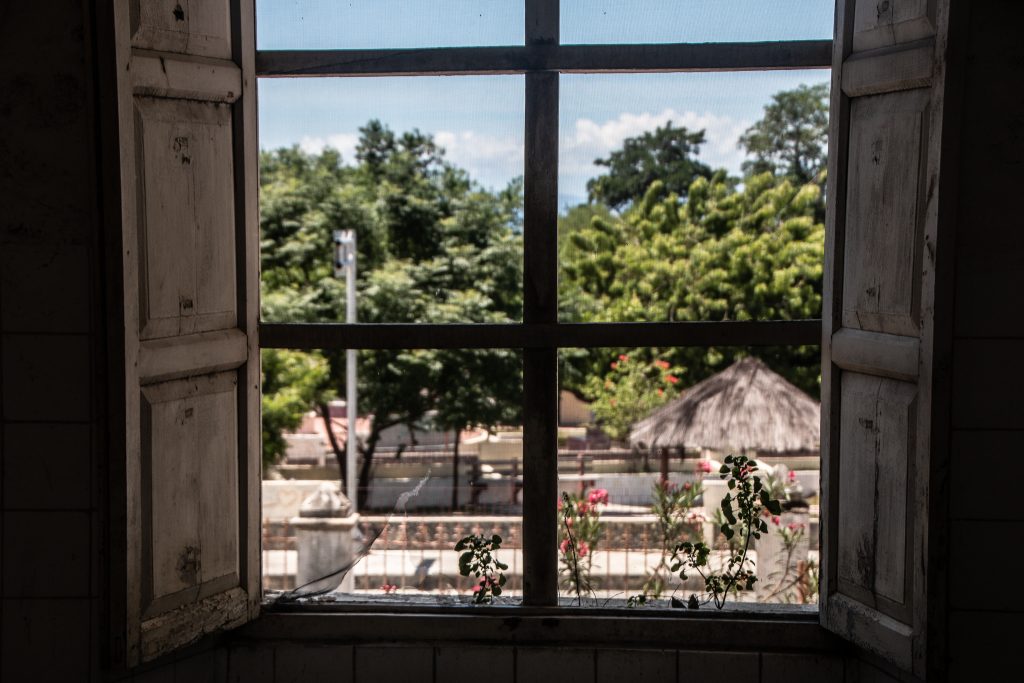 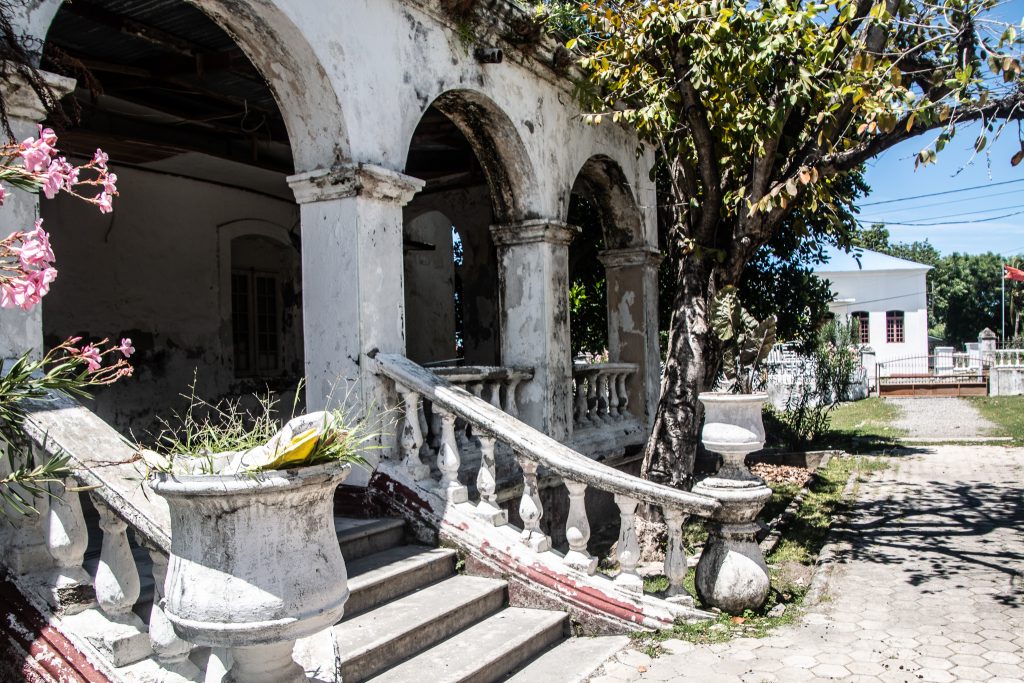 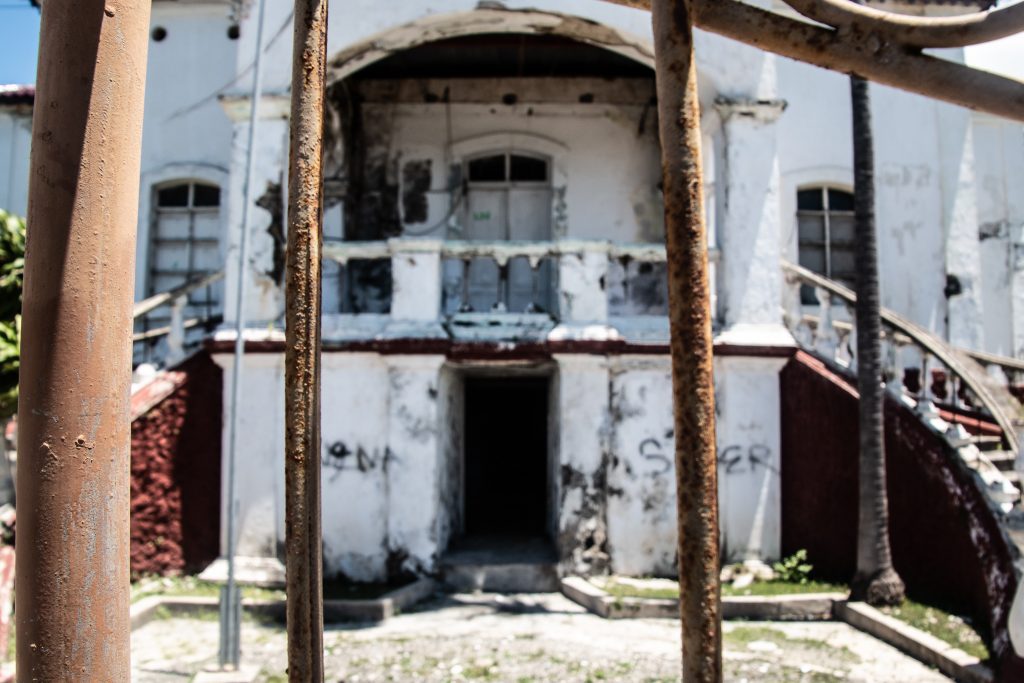 Across the road from the abandoned mansion, a tourism board sign pointed down the road towards the coast and towards the most well kept building in Liquicia, the church.

Religion is an important aspect of life in East Timor. By many stretches, it’s the most Catholic country in the world, with the highest proportion of practising Catholics per head of population of anywhere except the Vatican.

Across the country, where other buildings may be left to fall into disrepair or be abandoned completely, there is always funding for churches and places of religious importance. Liquicia’s church though is quite exceptional. In comparison to the surrounding destruction and destitution, the church is well kept and incredibly well maintained, because it has a place of importance amongst the locals that no other building in the town can match.

The Liquica Church has an exceptional history, and a terribly sad story to tell. It’s a story that needs to be told. 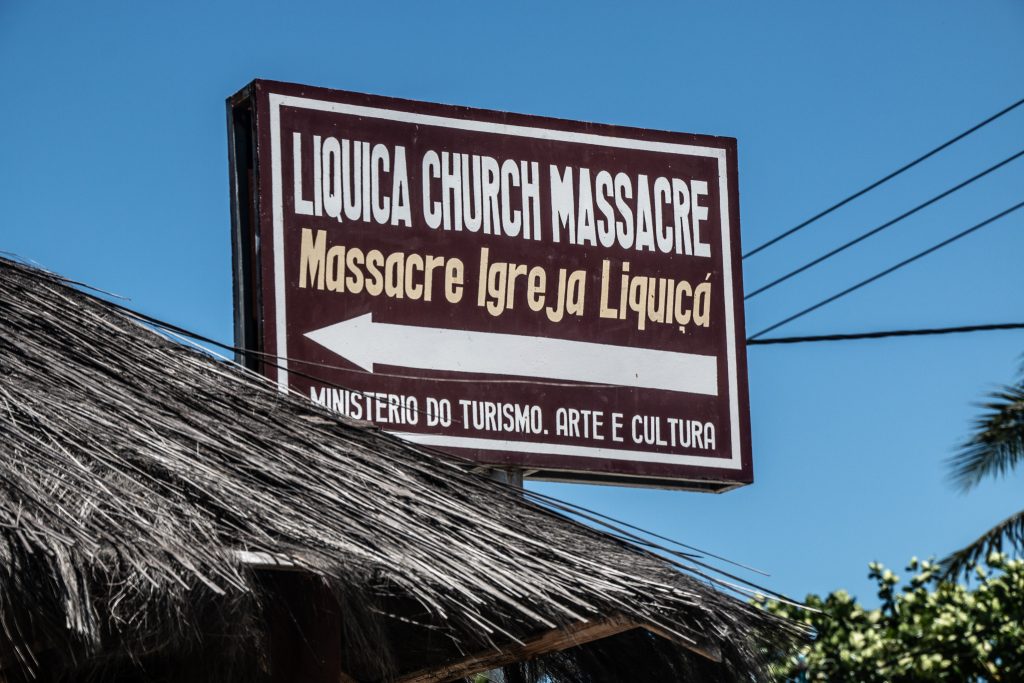 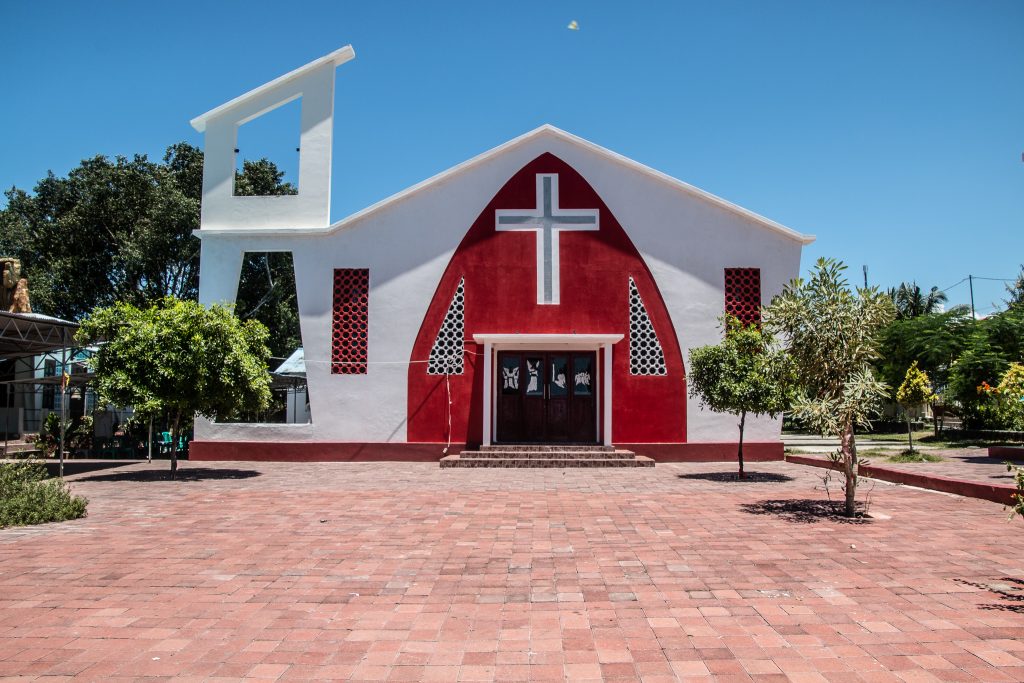 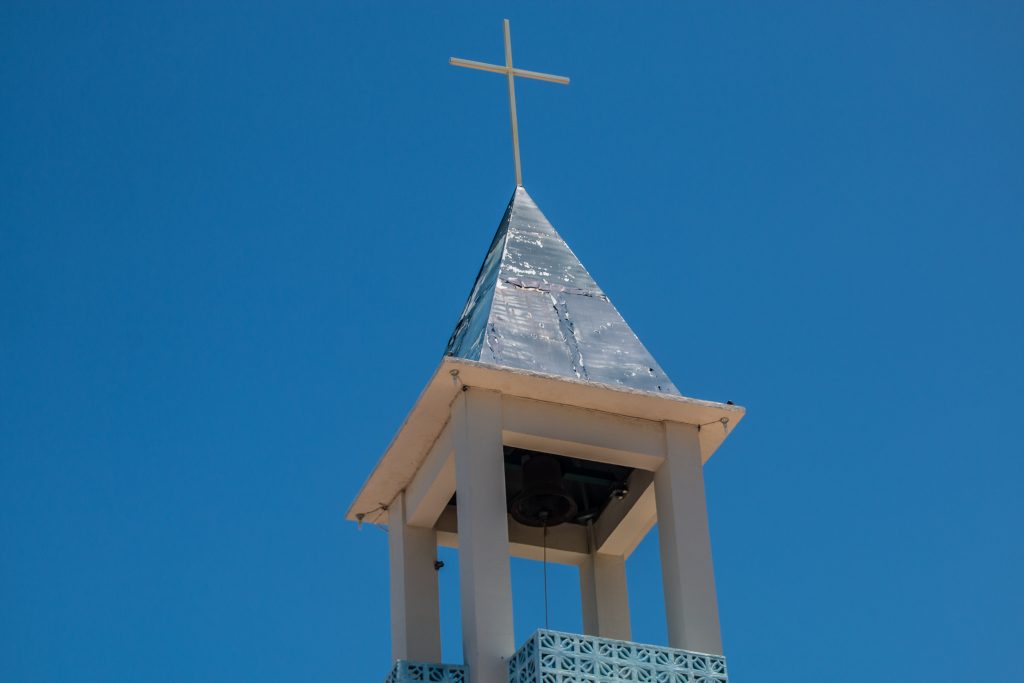 When the Indonesians left East Timor in 1999, the road they took ran west from Dili, through Liquica. As the military departed, violent pro-Indonesian militias formed, and on their way across the border to West Timor, they looted, burnt and destroyed everything in their path.

Much of Liquicia was torn down or destroyed, and many of the crumbling Portuguese colonial buildings which were then still very much in use in the town were damaged and emptied as the Indonesian army and militias attempted to destroy as much infrastructure as they could. The damage I could see around town has never been repaired, and most of the buildings still remain derelict, except for the church.

At the church, however, a much sadder series of events played out.

As their town burned around them, many locals gathered in the church and the courtyard as they looked for safety. Nothing stopped the militia however and they had soon entered the church grounds. What followed was one of the most infamous incidents in East Timorese history, as 200 people were brutally murdered as they sought shelter.

Today, locals remember this massacre with sadness, but outside of East Timor, it’s an event that has never attracted much attention. It’s a sad reminder of little East Timor’s constant struggle against domination by larger powers, just one more forgotten tale of many across this divided island. 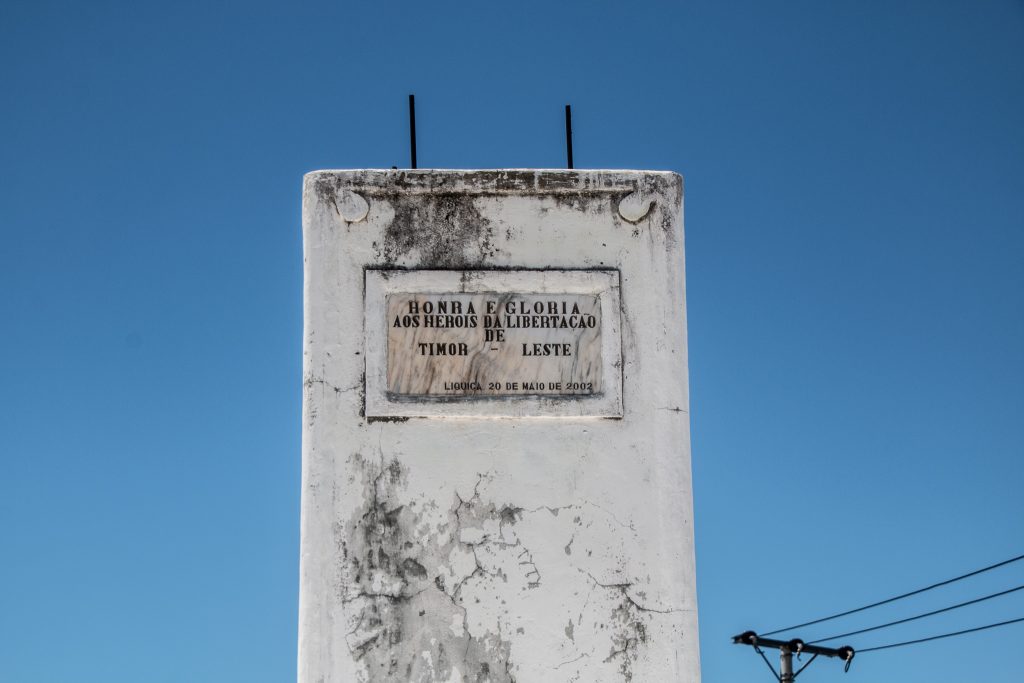 More Colonial Ruins on The Beach

Liquicia was the first colonial capital of East Timor. The Portuguese settled on the coast here, until they moved to the larger and more sheltered area that has now grown to become Dili. The town remained a favourite amongst Europeans though and mansions and hotels were built here along the coast.

I followed the road from the church down to the coast and came across the ruins of the Tokodede Hotel, a vast complex of colonial buildings in an advanced state of degradation. There were ramshackle views out over the spectacular coastline, as the sea breeze gently lifted the leaves of the palm trees along the beach into the air.

A few local kids were kicking a football around in the ruins of the old hotel’s lobby, using the empty doorways as goal posts and the decrepit building as shade from the hot midday sun.

They were much too young to have seen the struggles for independence, but I wondered how much they knew of what had happened here before them and how much would be remembered by the world in the future.

Along the beach, there was more life, away from the abandoned buildings and colonial ruins. Fishermen were heading out onto the water, locals were sheltering in beach huts or riding bicycles along the path.

Perhaps it wasn’t that these buildings and this history were being forgotten. The locals simply chose to move on with their lives, not to forget but to progress. The church and the people who had lost their lives here were the ones who were remembered, not the colonial history they would probably rather forget. 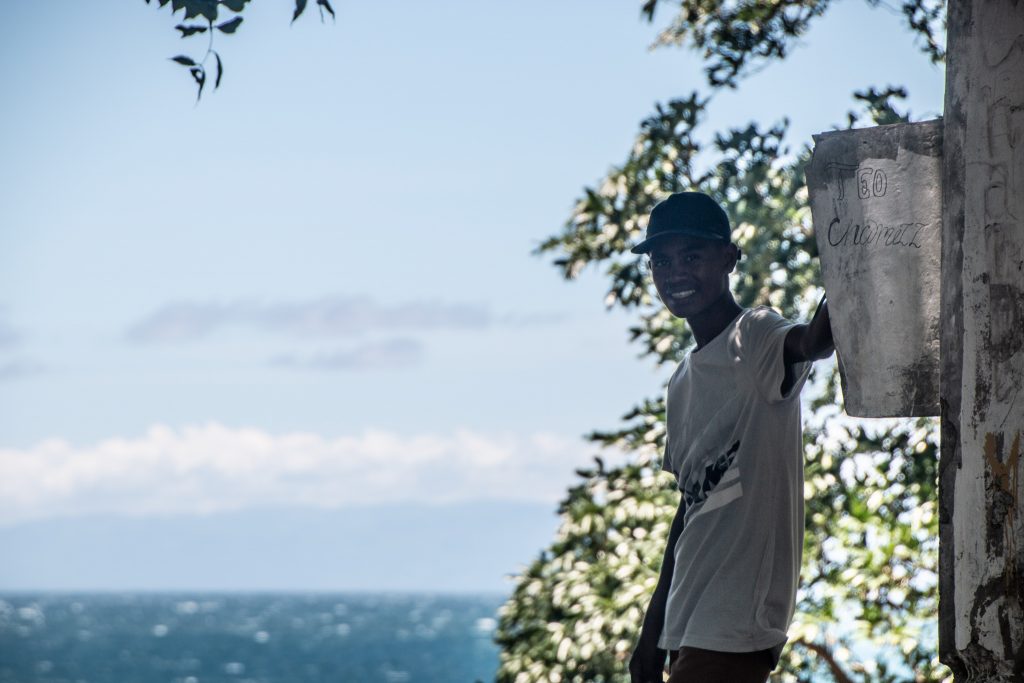 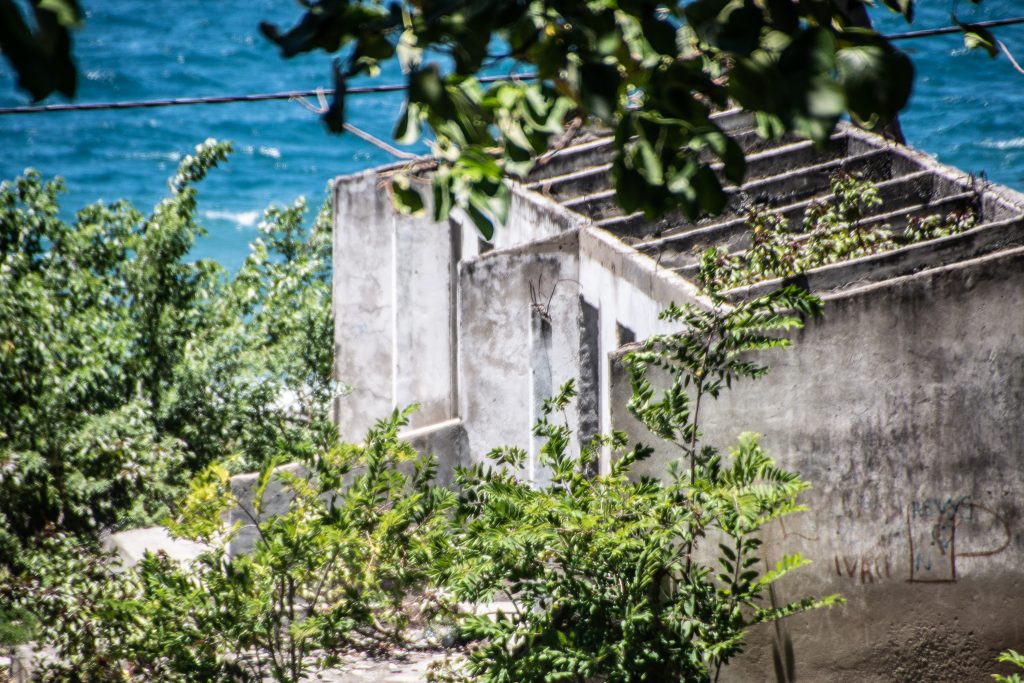 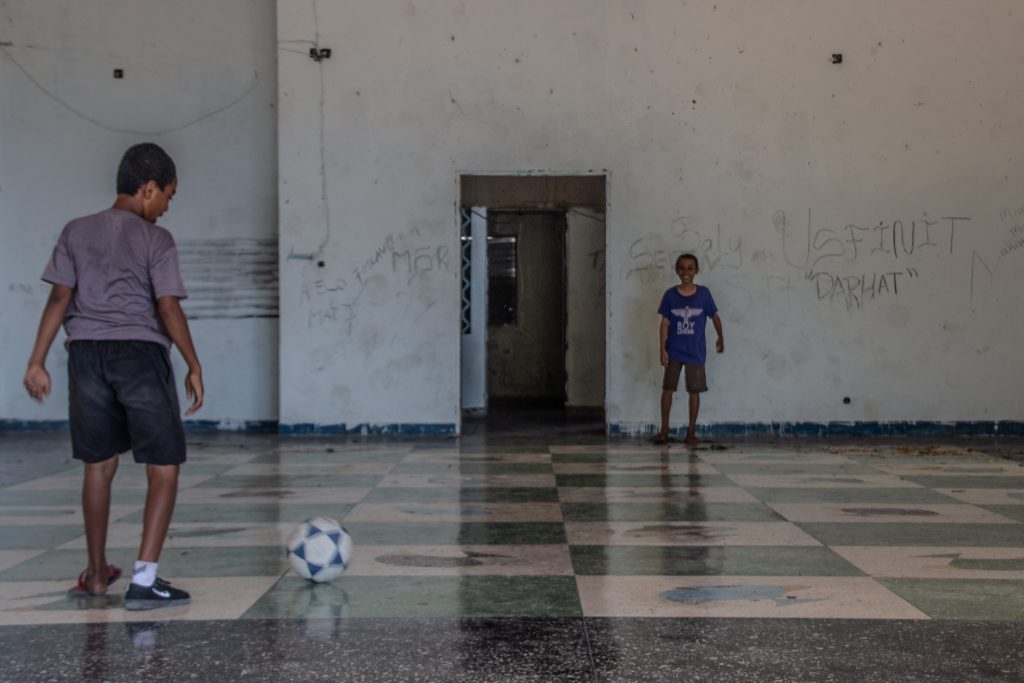 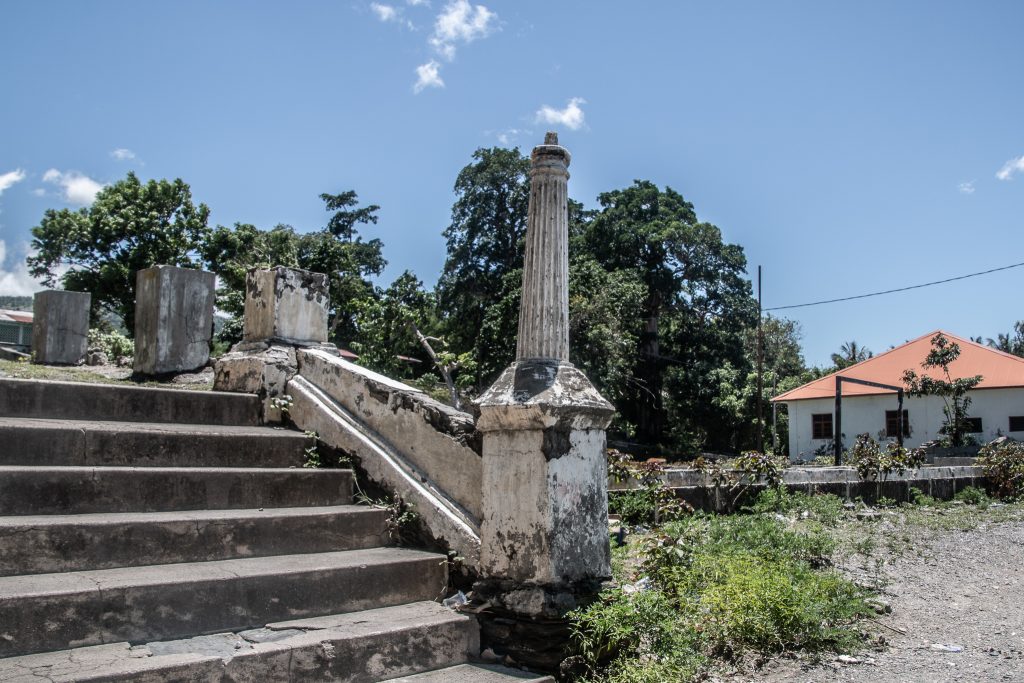 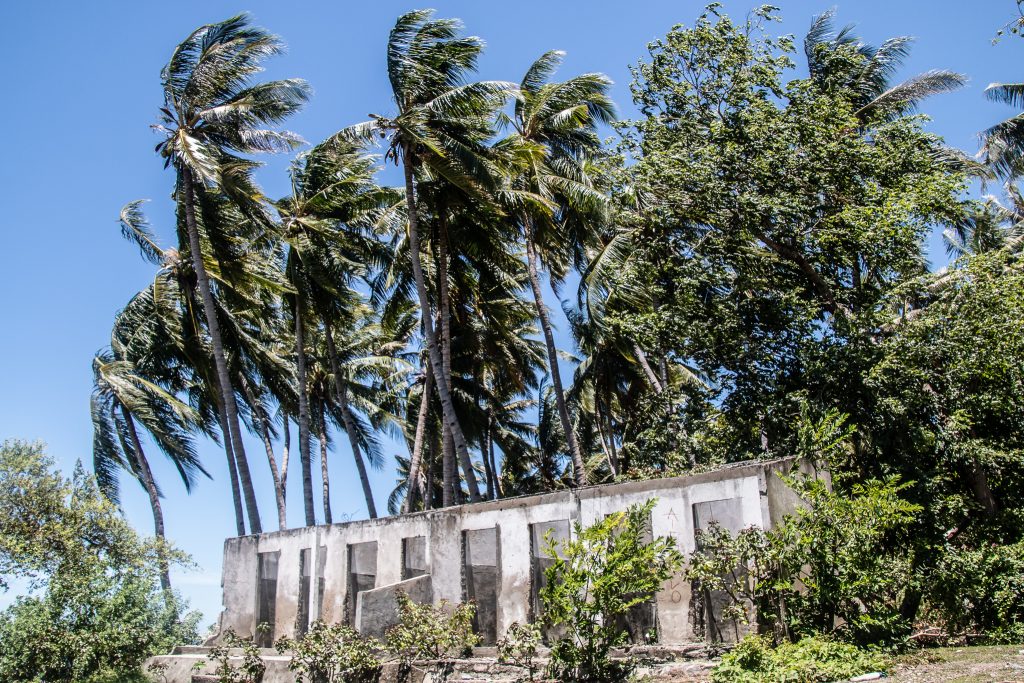 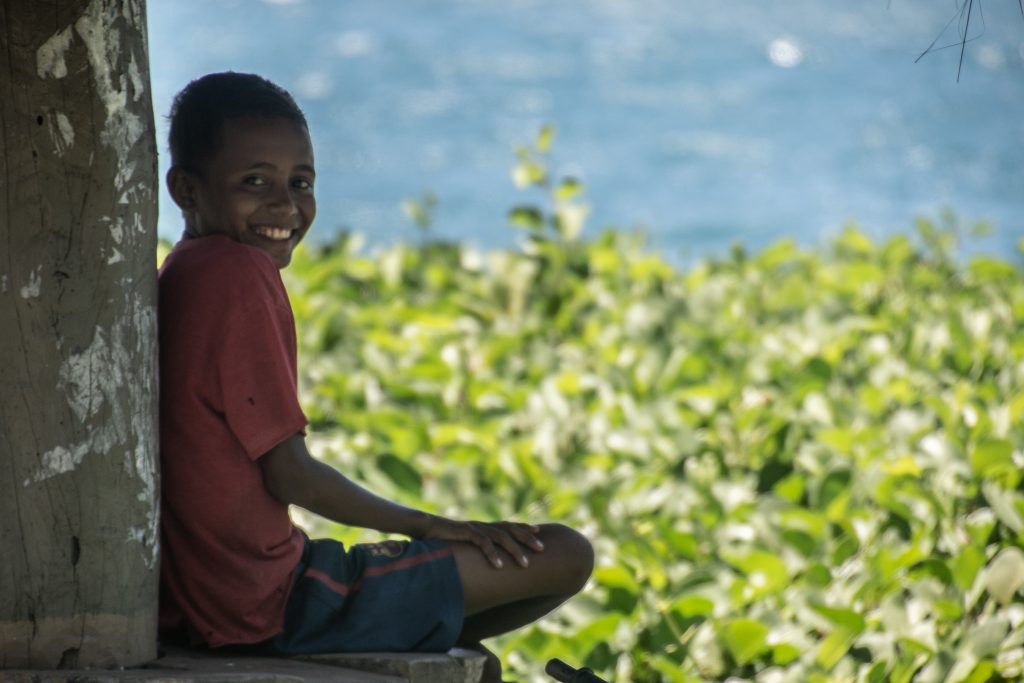 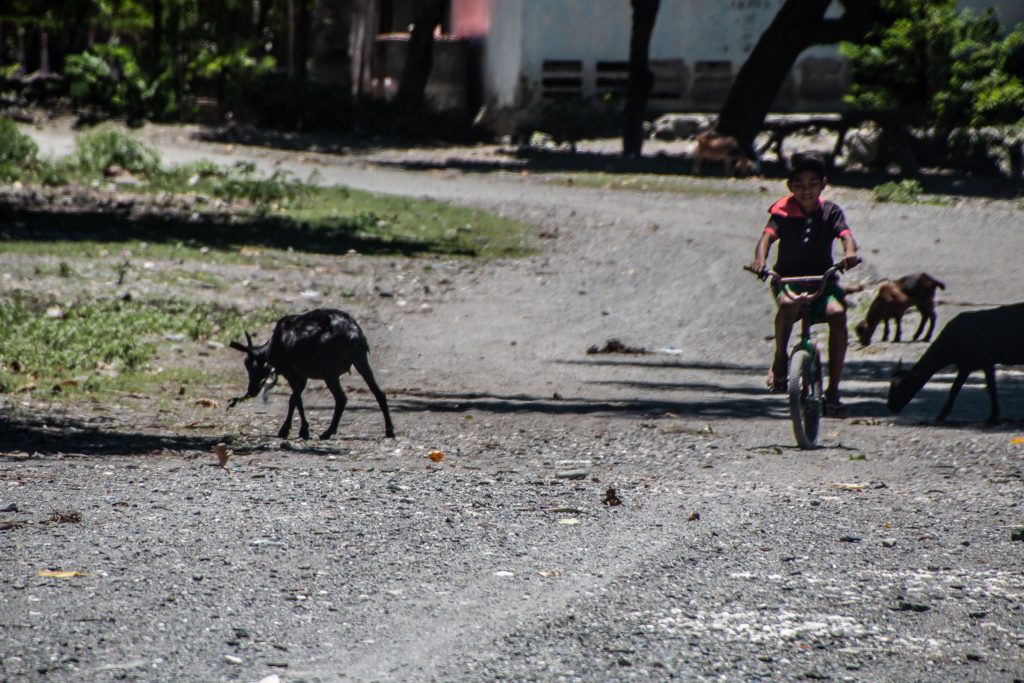 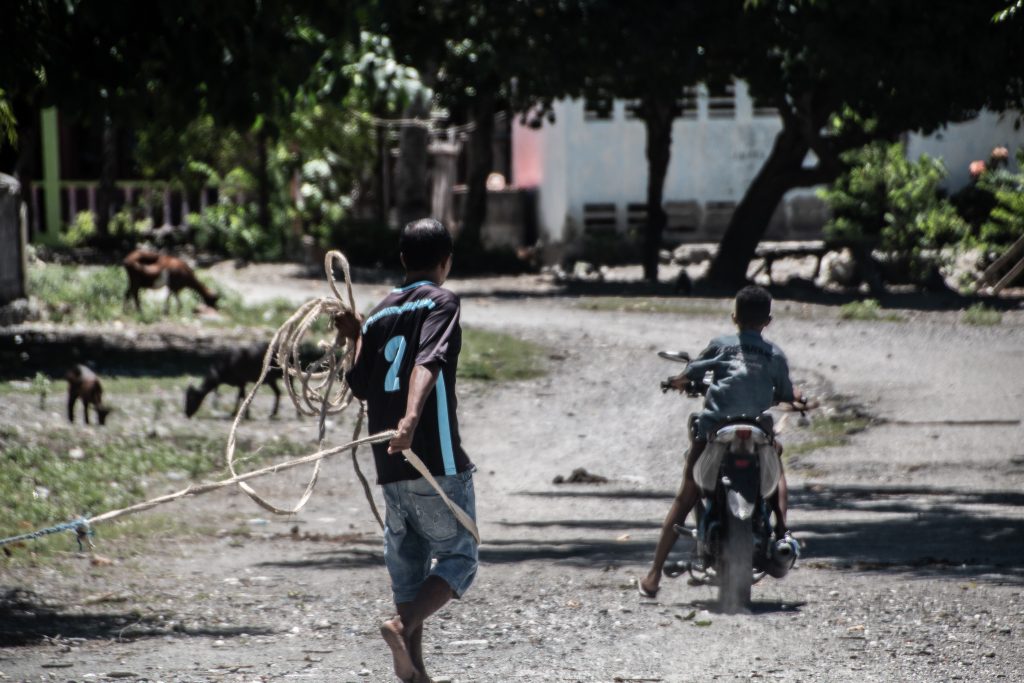 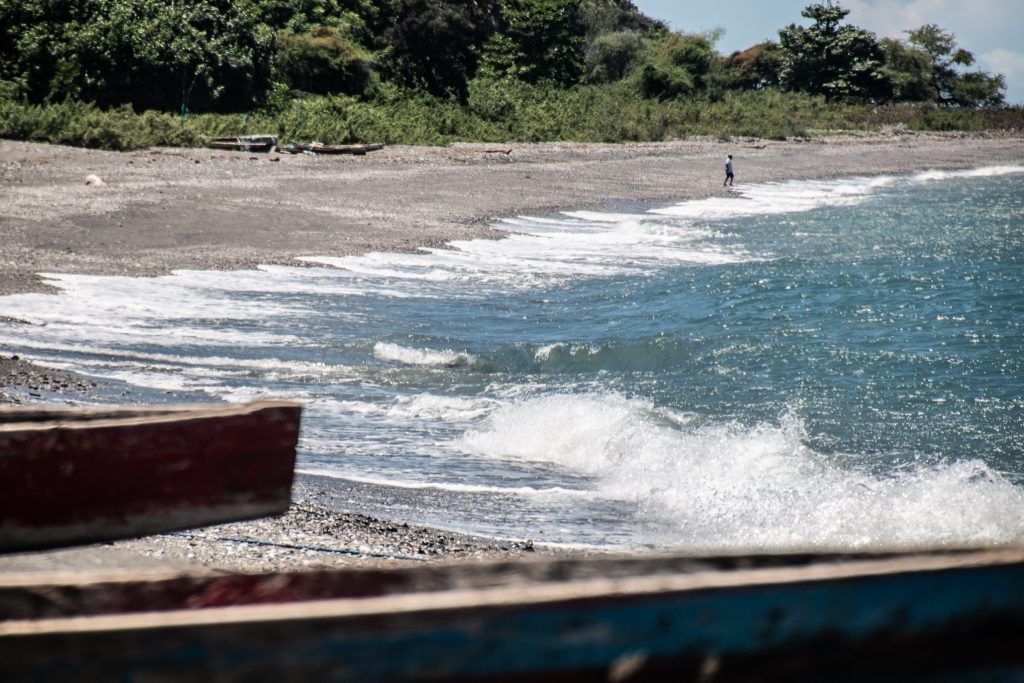 Interested in travelling to Liquica in East Timor but don’t know where to start or how to get there? Then read on for my quick guide to all things Liquica!

How To Travel To Liquica Timor Leste

There is little information surrounding Liquica Pelo that’s readily available, but despite this, it is easy enough to find if you have your own transport.

The ruins are 30 kilometres to the west of Dili, simply travel out of the city along the only highway towards the border with West Timor. You will see the abandoned mansion on the main road and a sign for the Liquica Church pointing towards the coast.

I rented a motorcycle from Hostel da Terra in Dili – they charged $17 per day, which is the best price right now in the entire country! The only other transport options if not renting a vehicle would be either hitchhiking or hiring a local driver.

Visiting Liquica’s colonial ruins is a trip best combined with a tour of the coast west of Dili. There are several other points of interest further along the coast, including the old Portuguese prison of Ai Pelo and the ruins of a Dutch colonial fort at Maubara.

Location of Liquica in East Timor