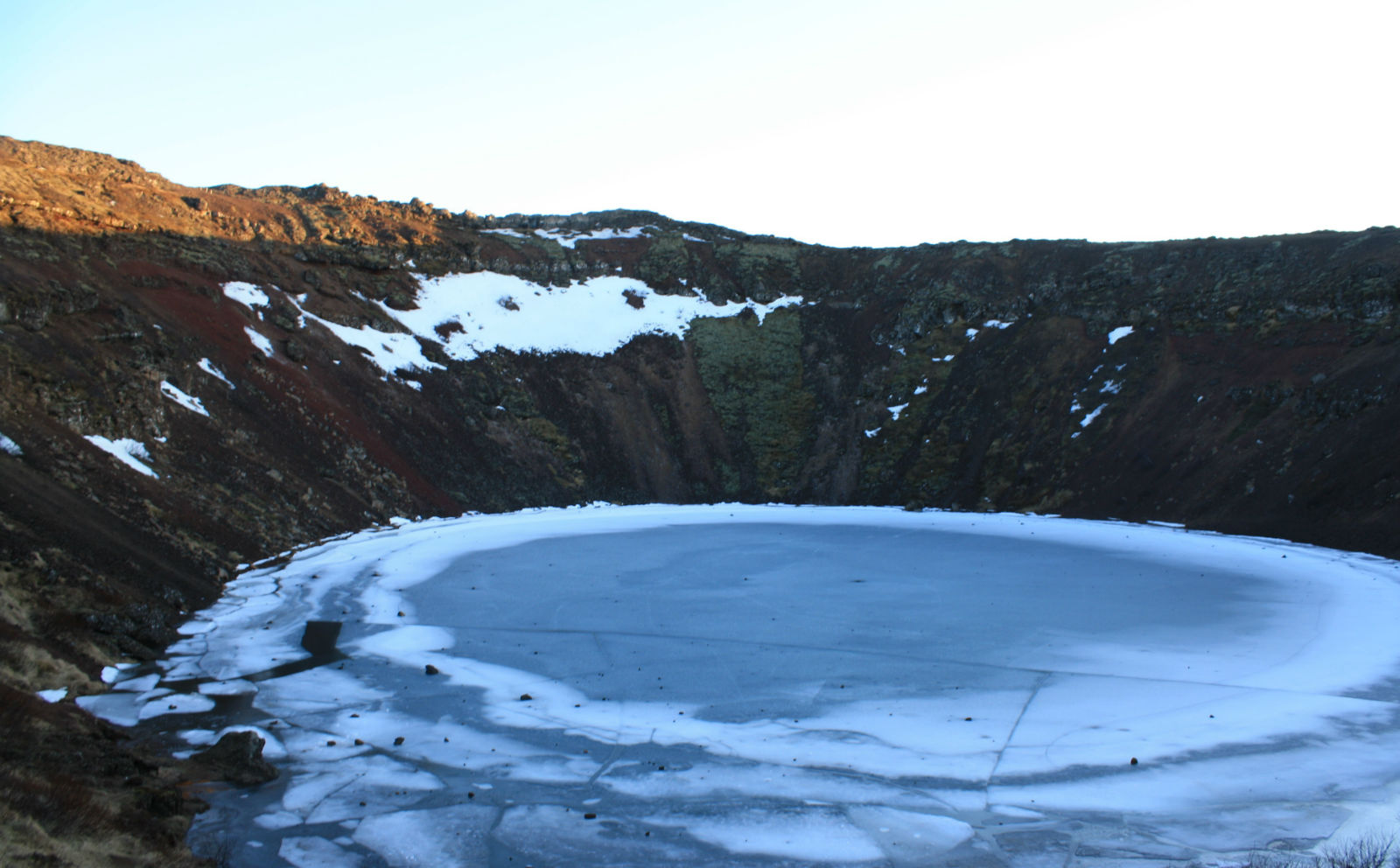 The Kerið Crater is just one of the many volcanic attractions to be found in Iceland.

In a land of ice and fire, a land at the mercy of volcanic activity, this distinct volcano is set apart by the striking lake that has formed in the crater. 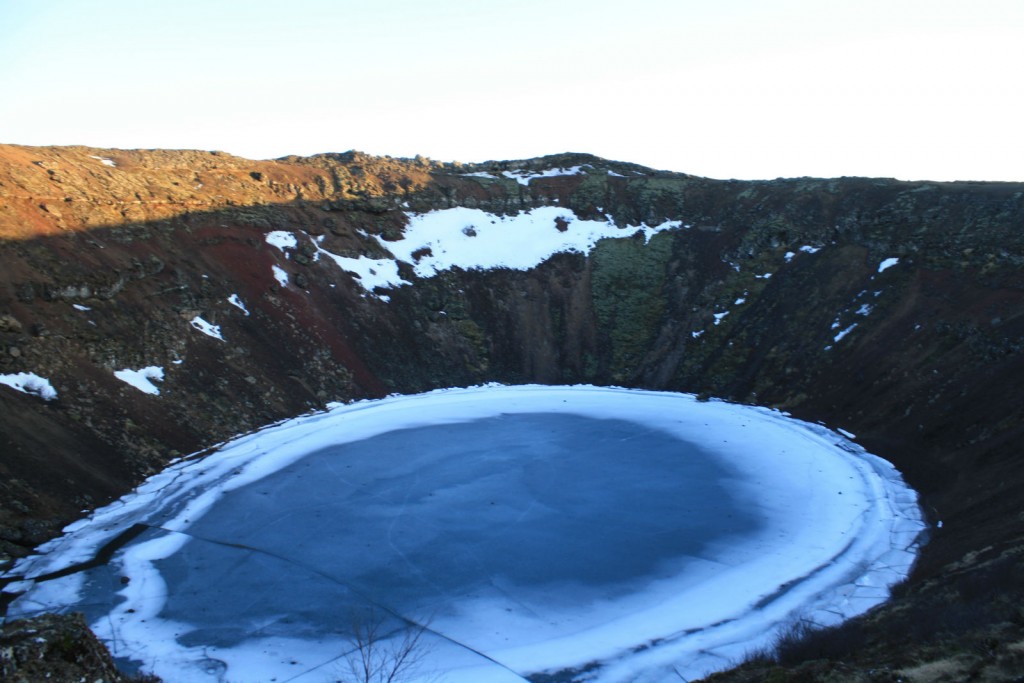 I was visiting the Kerið Crater at the end of the harsh Icelandic winter. It was still cold. Freezing cold. The lake was mostly frozen over, but visibly beginning to thaw and crack around the edges. 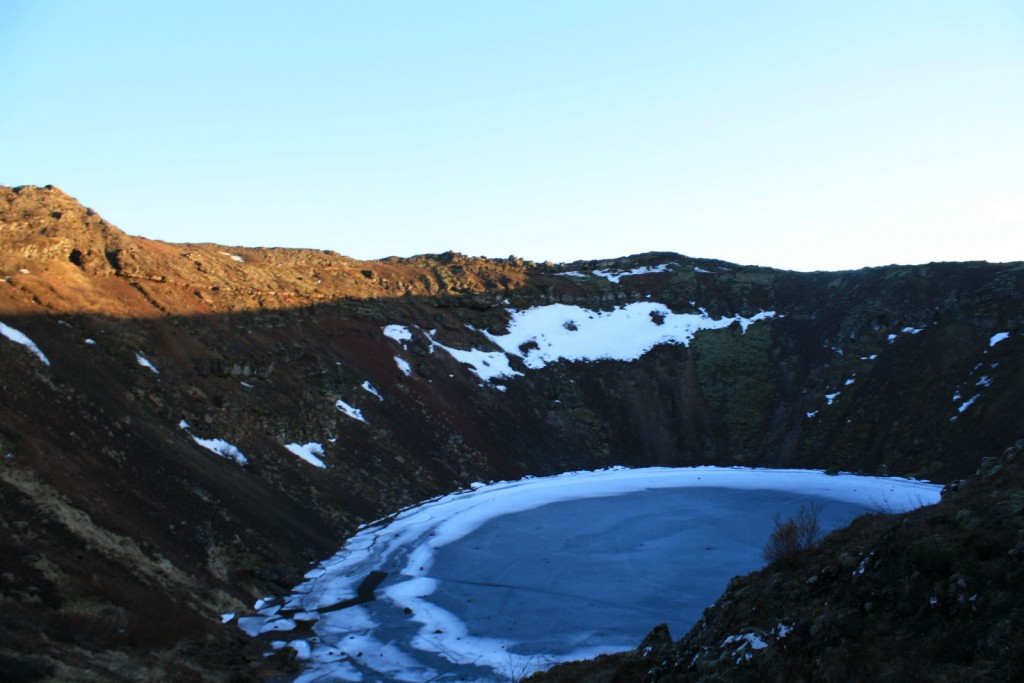 Bjork once played a gig in the middle of the lake here, performing on a raft to fans lining the crater. It must have a been a surreal setting for a concert. There’s even been supposed attempts to introduce marine life to the lake, part of plan to create a volcanic aquarium perhaps. 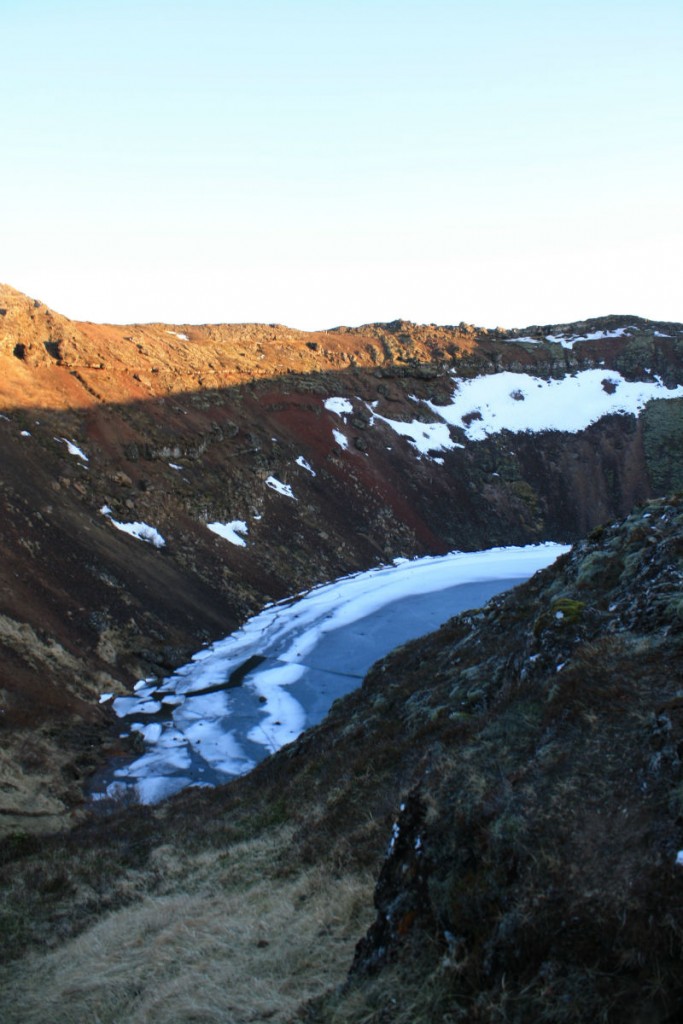 The Kerið Crater itself was formed over 6,500 years ago. In geological terms I suppose this makes it fairly young. 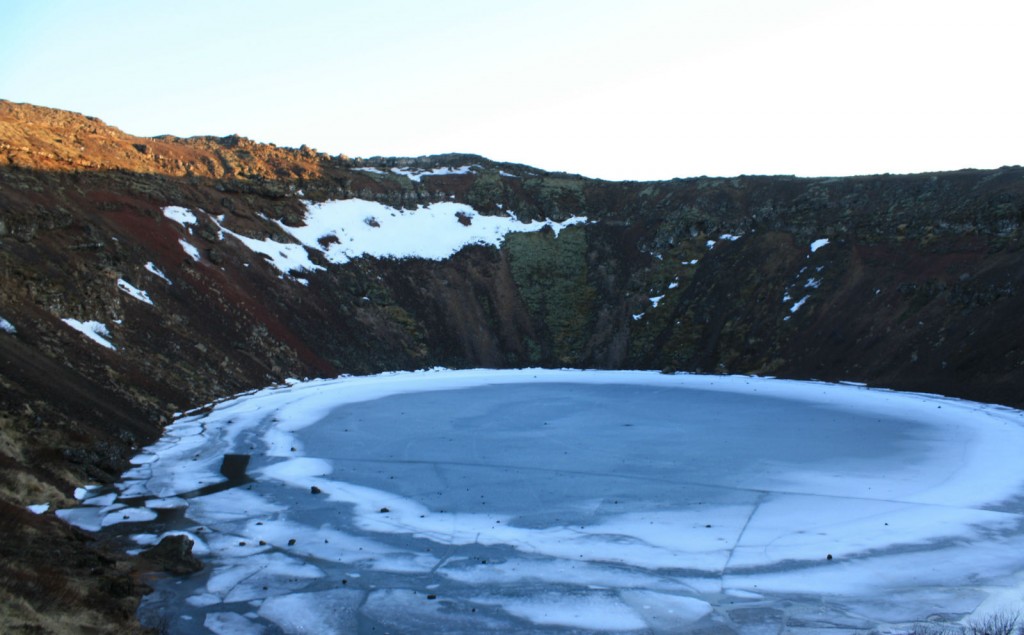 The crater was formed when the volcano erupted, and collapsed in on itself, leaving behind the red volcanic rock you see today.  The water is from an underground source and rises and falls through the year. 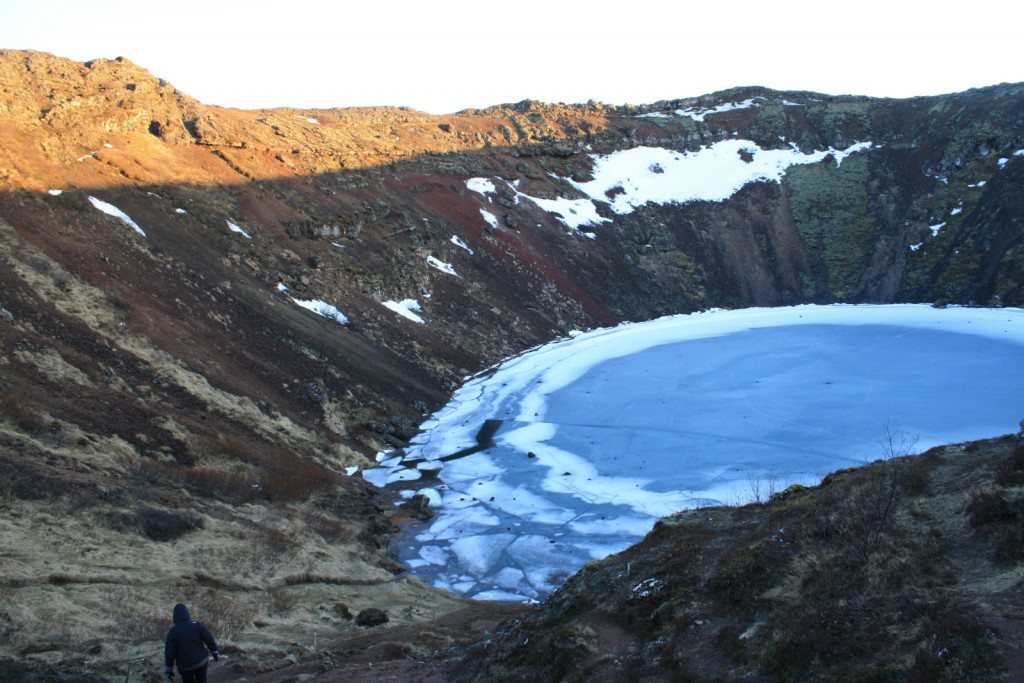 There’s an accessible path down to the bottom of the crater. I walked all the way down and admired the fact that I was standing in centre of a volcanic crater. You can’t say that everyday. 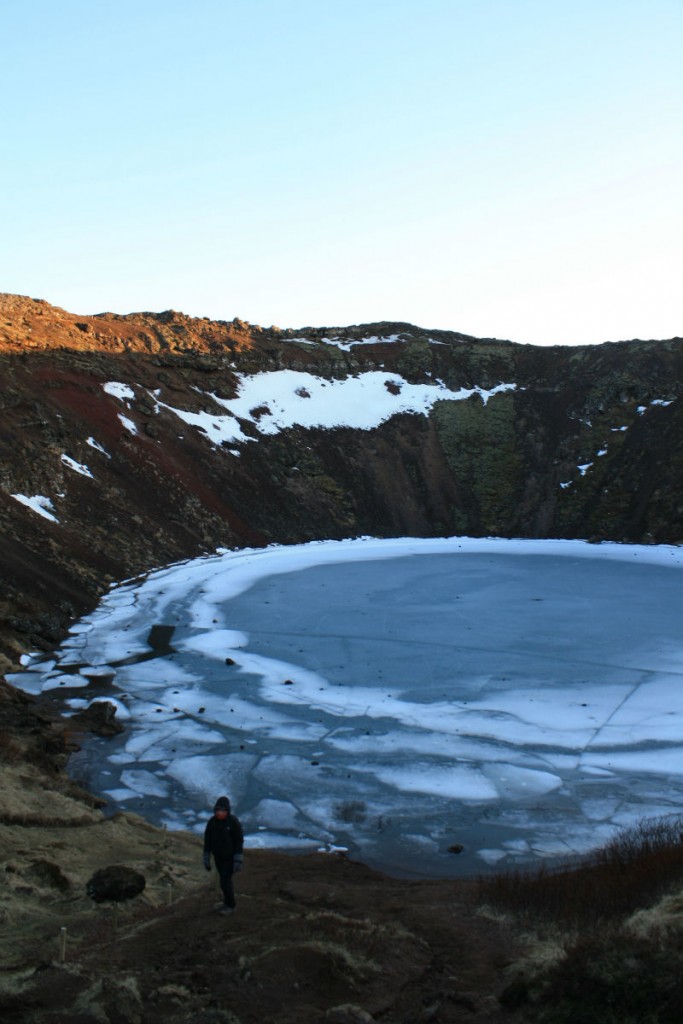 The Kerið Crater has rather a peaceful atmosphere, it doesn’t see the hordes of tourists who swamp the rest of the nearby golden circle- the geysers, Gullfoss Waterfall and Þingvellir National Park. 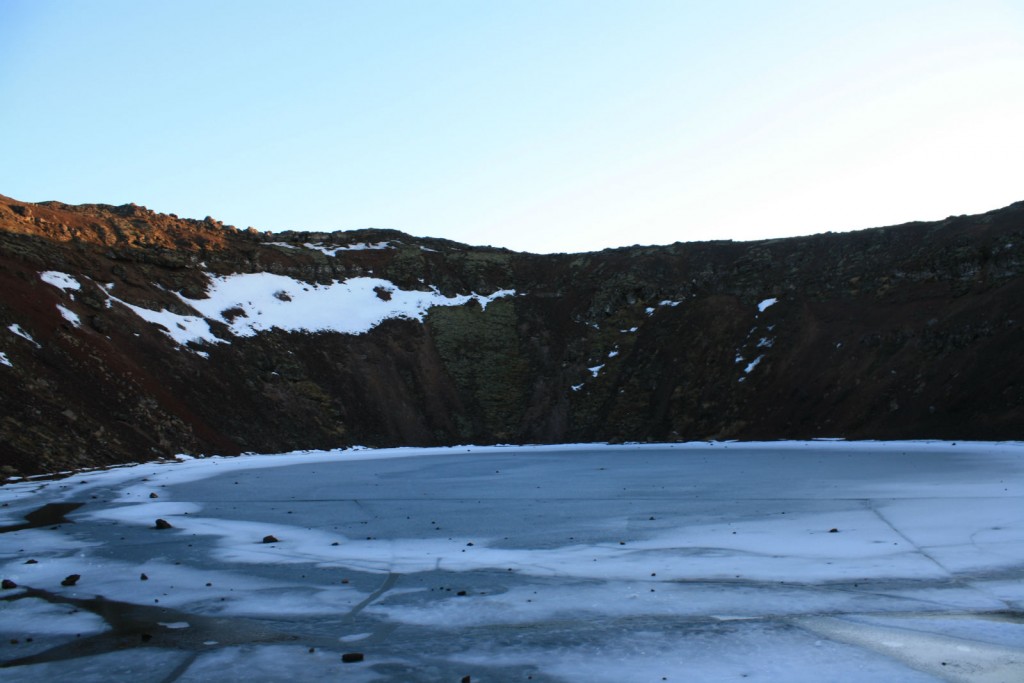 Locals have started charging for entrance, only the small sum of 2 Euros, but when I visited in the evening there was not a single soul in sight and certainly no one trying to take money off me. In summer the volcanic box office might be open though. 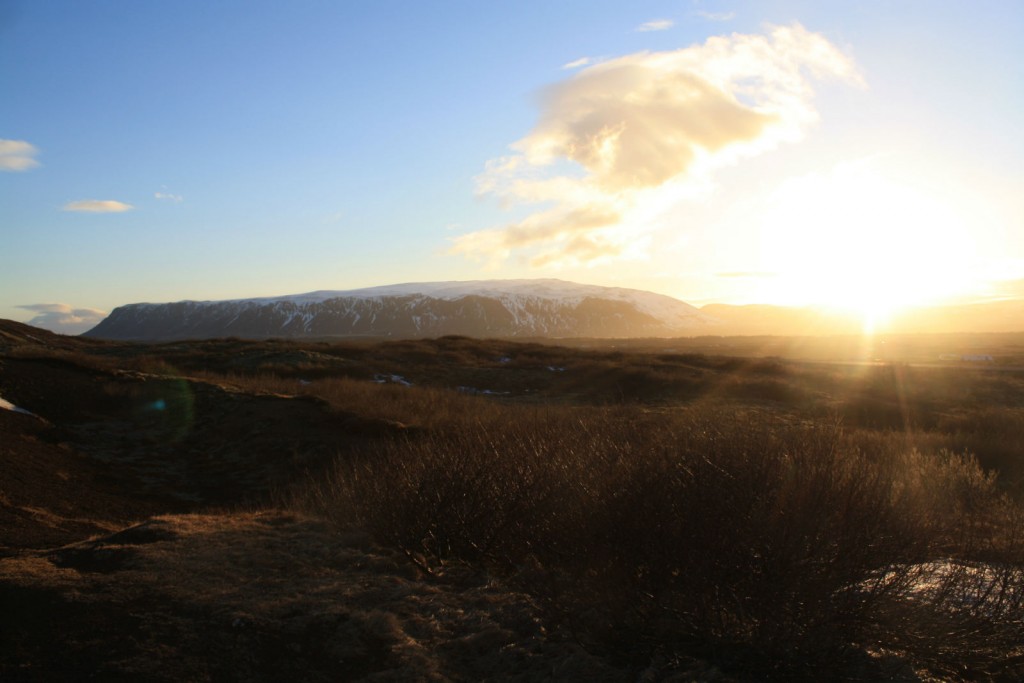 The crater is near to Selfoss in South Iceland and literally on the side of the main road. It’s an unassuming position for such a spectacular sight.