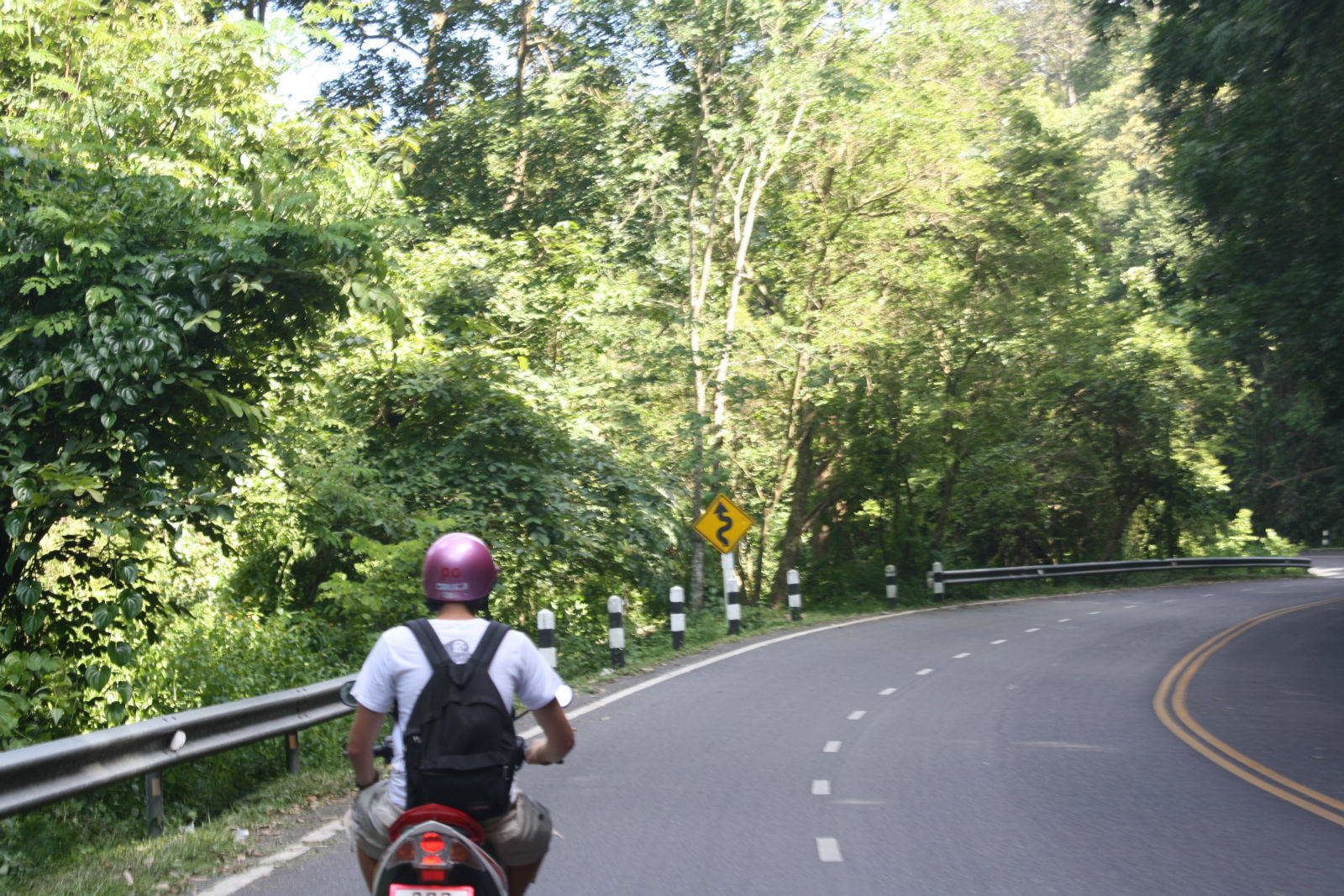 The road from Chiang Mai to Pai is a dangerous one- breathtaking, yet deadly.

It painstakingly crosses the mountains of Northern Thailand and is a disconcertingly scenic collection of parcours, deadly bends and loose tarmac that will unnerve even the most reckless of travellers. I risked this treacherous road on a beaten up scooter- I was equally astounded and terrified. 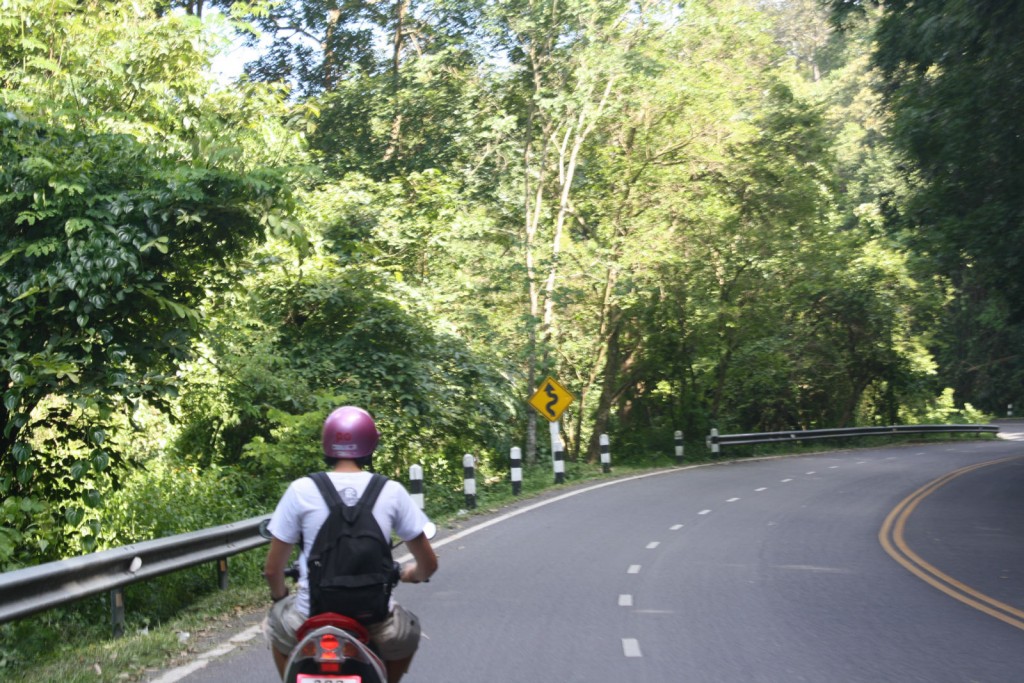 It started off so well. I navigated the way successfully through the crowded environs of the city of Chiang Mai, and onto the open roads beyond, my entourage of scooter drivers following loosely behind. 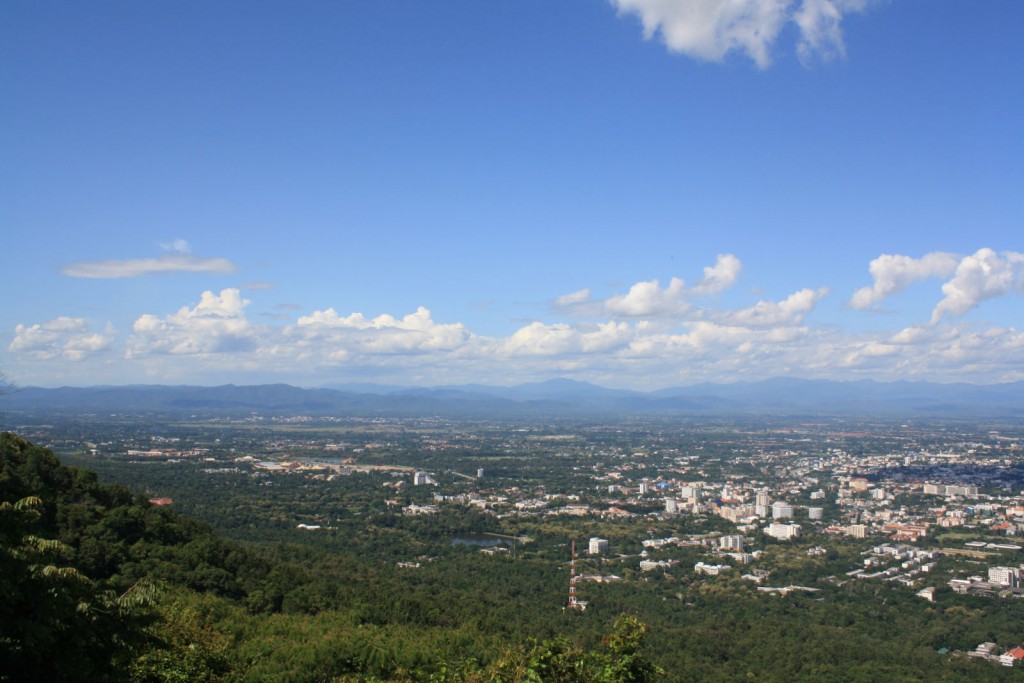 We had all decided that the only real way to travel the 100 kilometre stretch of road from Chiang Mai to Pai- a small town in the north of Thailand- was to take it on with scooters. And we were talking scooters of the 125CC variety. That meant mad top speeds of at least 45 kilomtres per hour- and probably less. Low speed might be a good move though on what had been colloquially called the ‘road of death’ by a fellow traveller. But mere talk wouldn’t, and couldn’t dissuade us now. 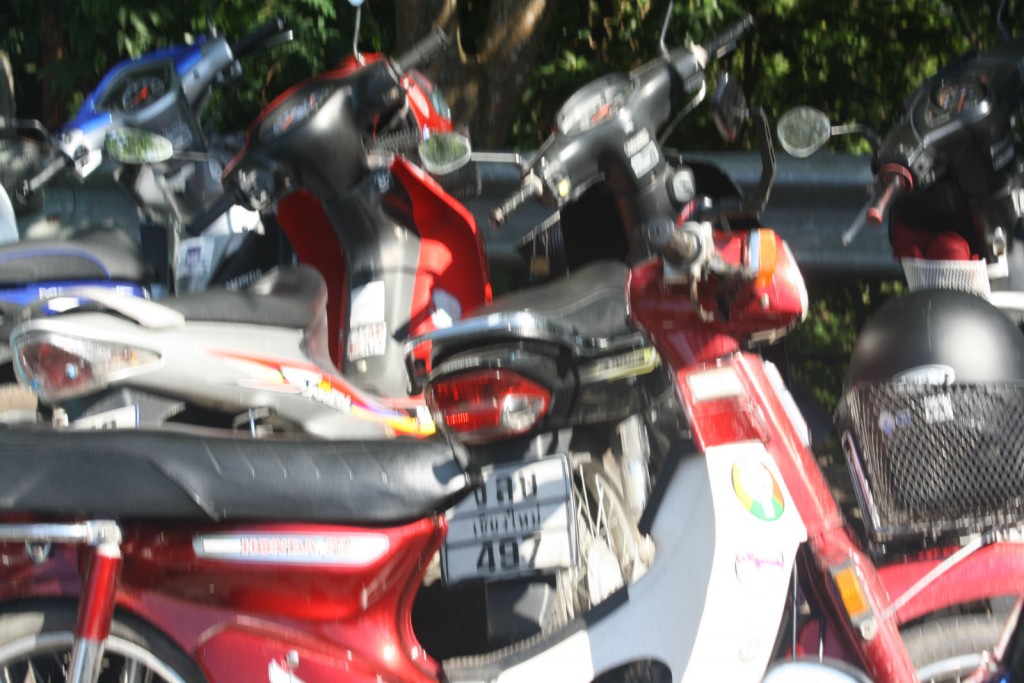 The road beasts in all their badly photographed glory

And being recklessly- dangerously- naive, I reckoned we had a solid chance of making it- alive- within a day.

Google maps- that solid source of information every traveller relies on for long and well thought out motorcycle journeys- informed us that the ride should only be a mere 3-4 hours long. That meant plenty of time to take in the sights along the way. 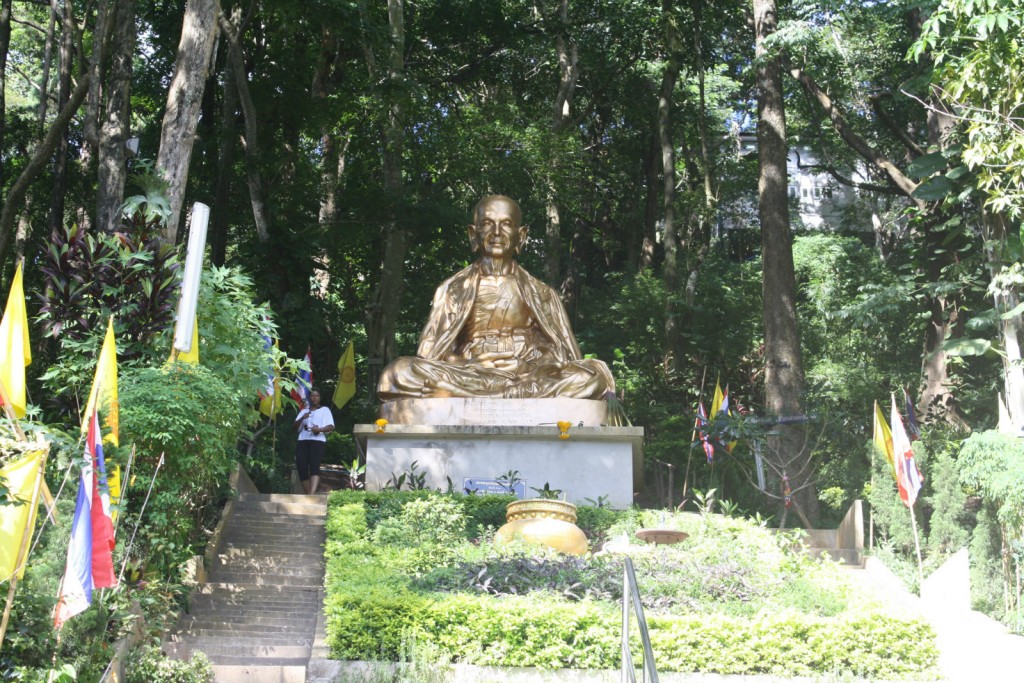 But even with Buddha watching our back, the road slowly engulfed our senses. With the Thai summer heat smashing down upon us, as we climbed higher into the mountain passes the scale of the journey and the unbearingly slow pace of our scooters began to take its toll. Every corner in the mountains held a beautiful view, but every corner also held the increasingly distressing chance of a truck hurtling around the bend on the wrong side of the road. Here and there you could see the aftermath of a crash, maybe recent, or perhaps from years past. It didn’t matter though. all that mattered was this road was dangerous. 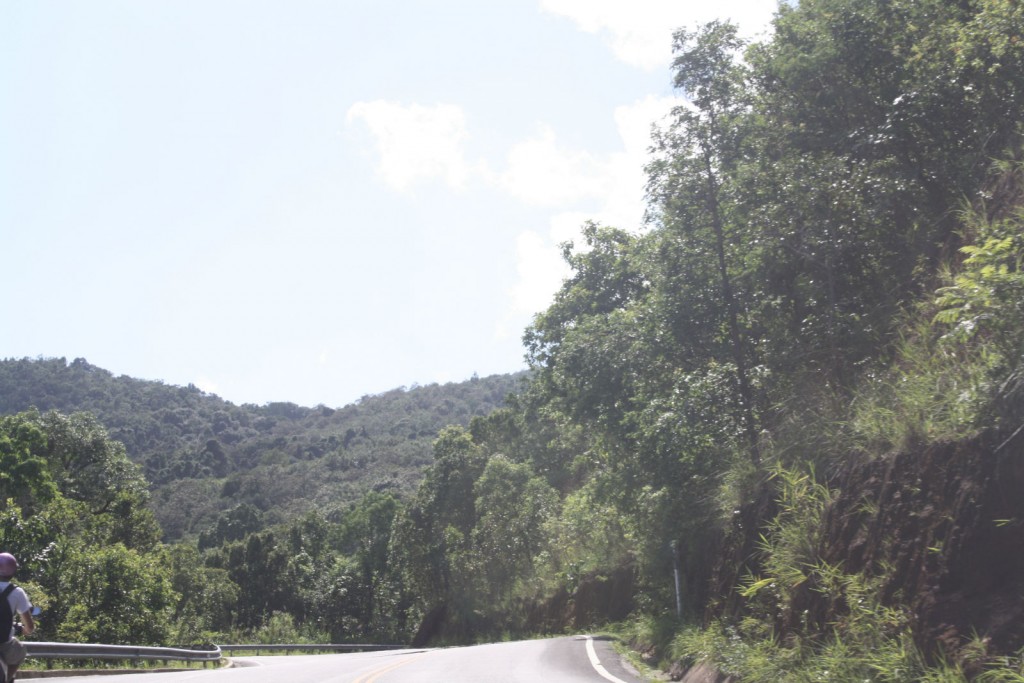 To catch a break from the mad turns and high altitude twists it was unanimously decided that it was about time to take a short cut. And in the high mountain passes, the only other route was through the jungle.

A wise move for any scooter rider.

Hoping to cut off a large section of the ‘road of death’, we headed onto a series of trails which would traverse the jungle itself and bring us out on the other side. But this quick short cut rapidly escalated into a night in the jungles of northern Thailand… 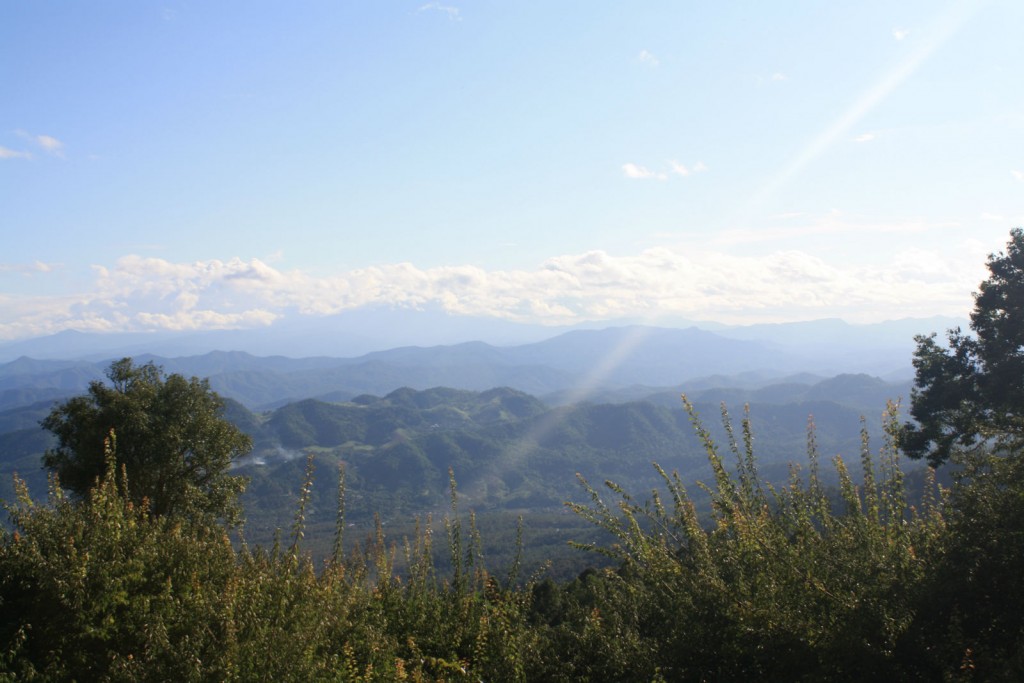 For Part II of the Road from Chiang Mai to Pai, then read on here. There’s a long road ahead before we reach Pai, and that’s if we make it out of the jungle. See you on the other side.

For more practical advice on travelling from Chiang Mai to Pai, then check out this blog here.

For more mad motorcycle adventures- where death seems to be the only recurring theme- then why not read about the ‘Savage Ride to the Heart of Rajasthan’.