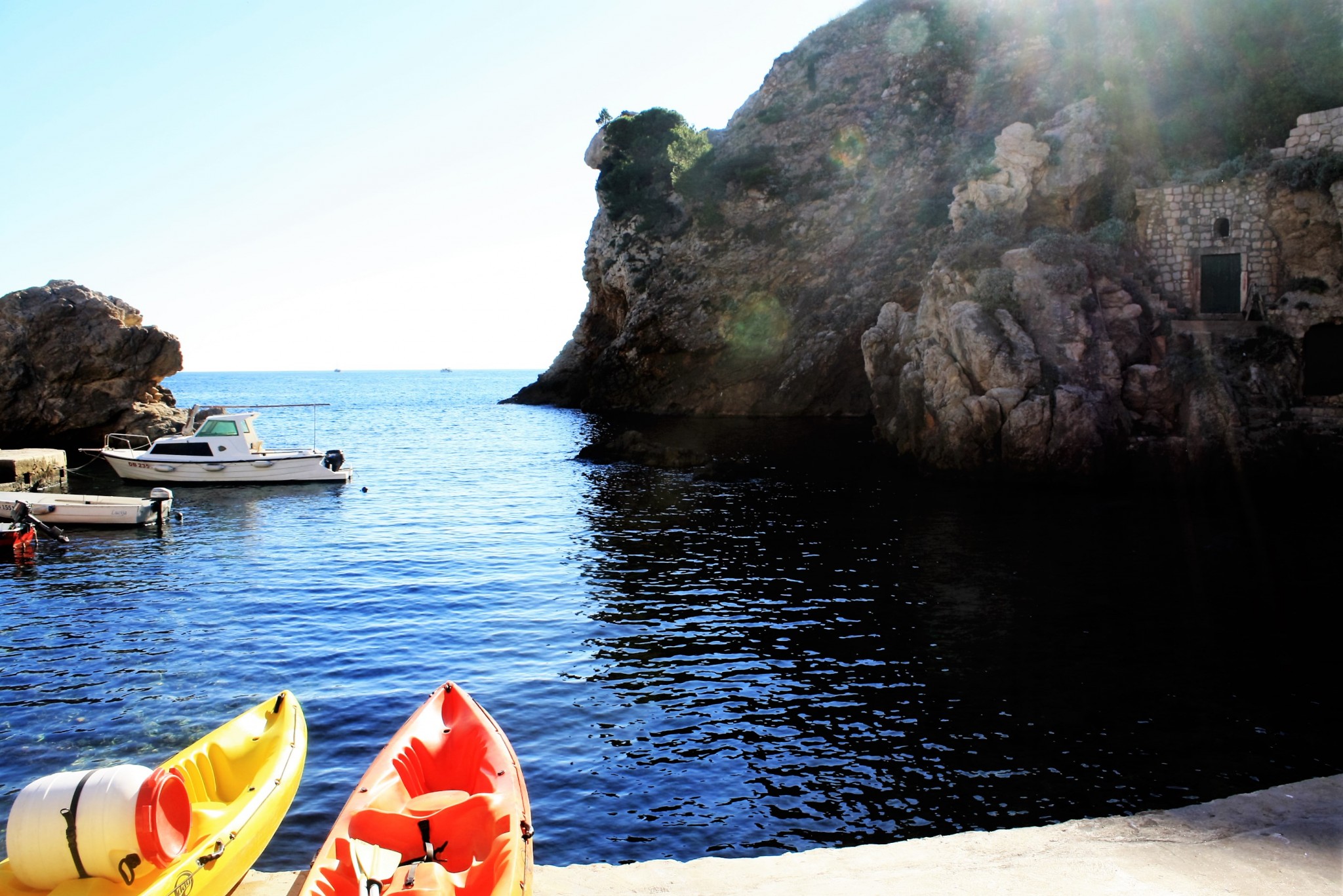 Dubrovnik. The walled city. The jewel in the crown of the Croatian coastline. Or so the tourist guides and lonely planet describe the place.

It’s nice. But it’s busy. Really f*cking busy. In the heat, the humidity and surrounded by swarms of cruise ship day trippers pervading the narrow alleyways, I decided that there was only one place left to go to really appreciate the medieval walls of Dubrovnik and that was the ocean. 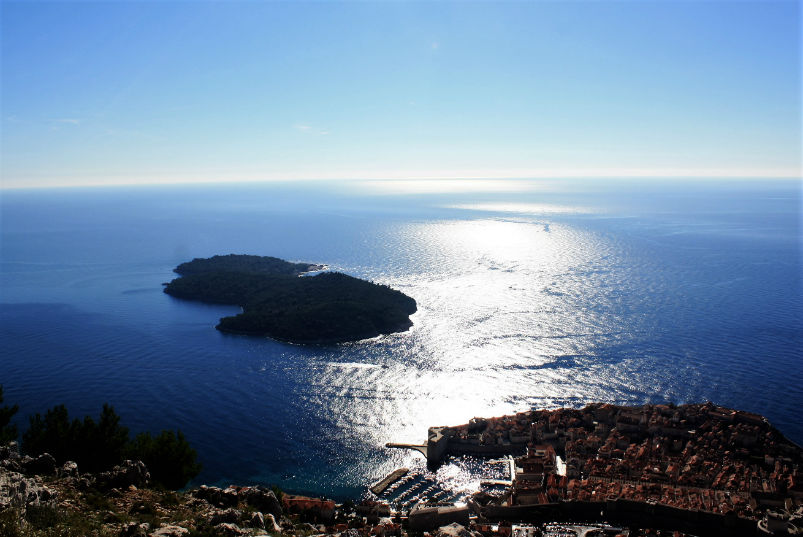 Dubrovnik has a long history. It’s prime location on a defensible point of the Mediterranean made it a rich, trading powerhouse in the region. With the recent boom in Croatian tourism, it’s now one of the most popular destinations on the Adriatic Sea, and the entirety of Europe itself. The small population of only 42,000 people means that the city is quite literally over run with tourists, especially in peak season. In 2014 for instance, over 800,000 visitors descended upon the destination, and those numbers are only going to increase. 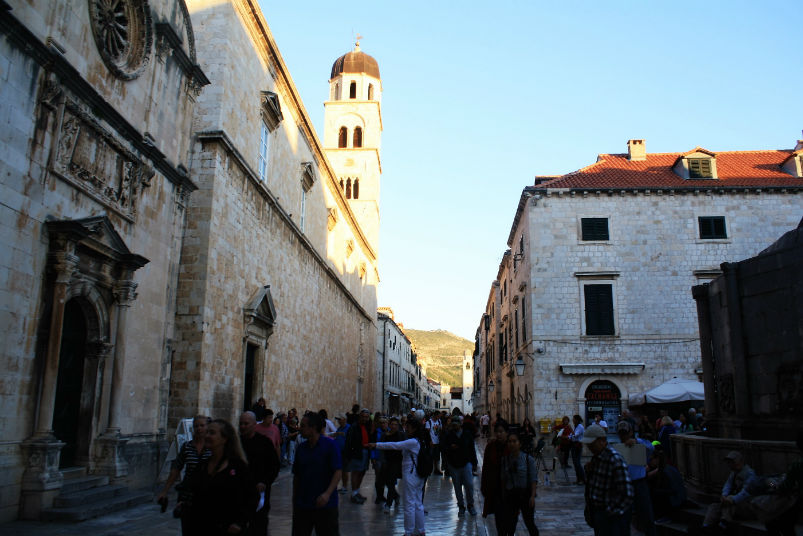 Given the grand beauty of the city, it’s no wonder why, but for the earnest traveller, it means that finding a quiet and unique way to see Dubrovnik is becoming a real challenge. 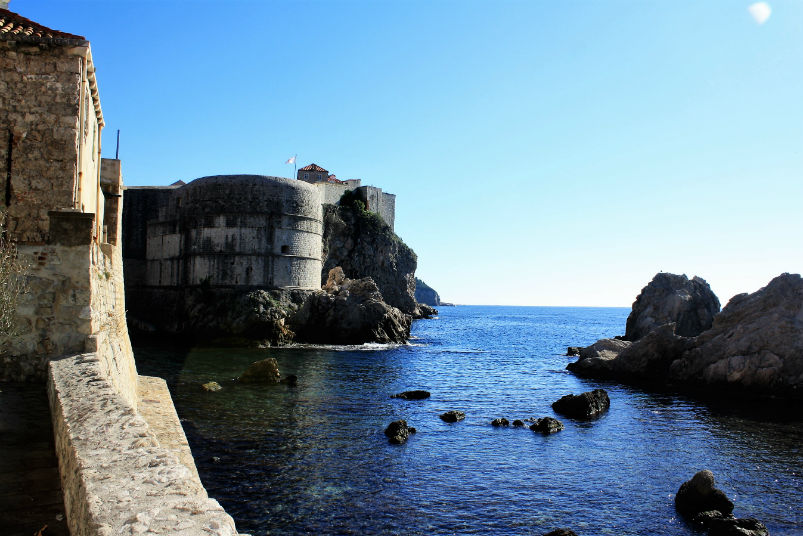 At night, looking at the open sea, and feeling like I was on the set of Game of Thrones, on the ramparts of King’s Landing itself, I realised that the best view of the the city, and the best way to escape the thronging crowds, would be from the quiet waves of the Adriatic. 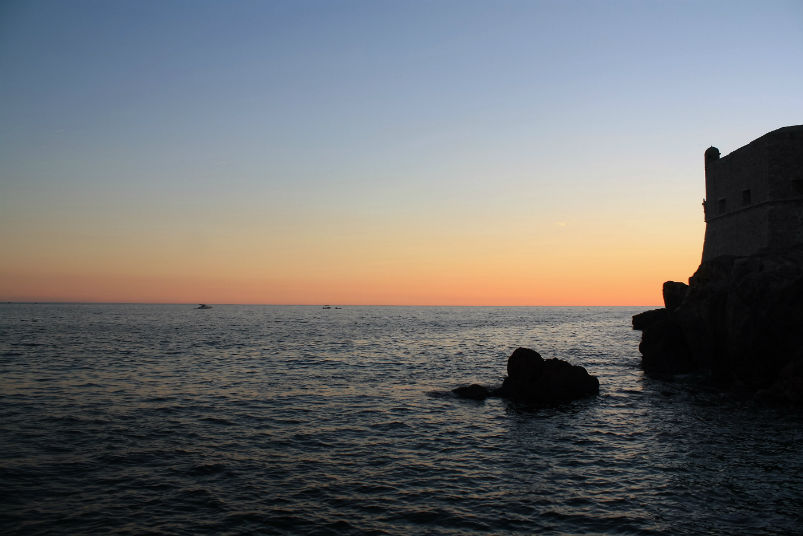 As the sun set, I wanted to be out there, with the dolphins that were effortlessly breaking through the waves, and immediately, I signed up to head out on a Sea Kayak the following day. 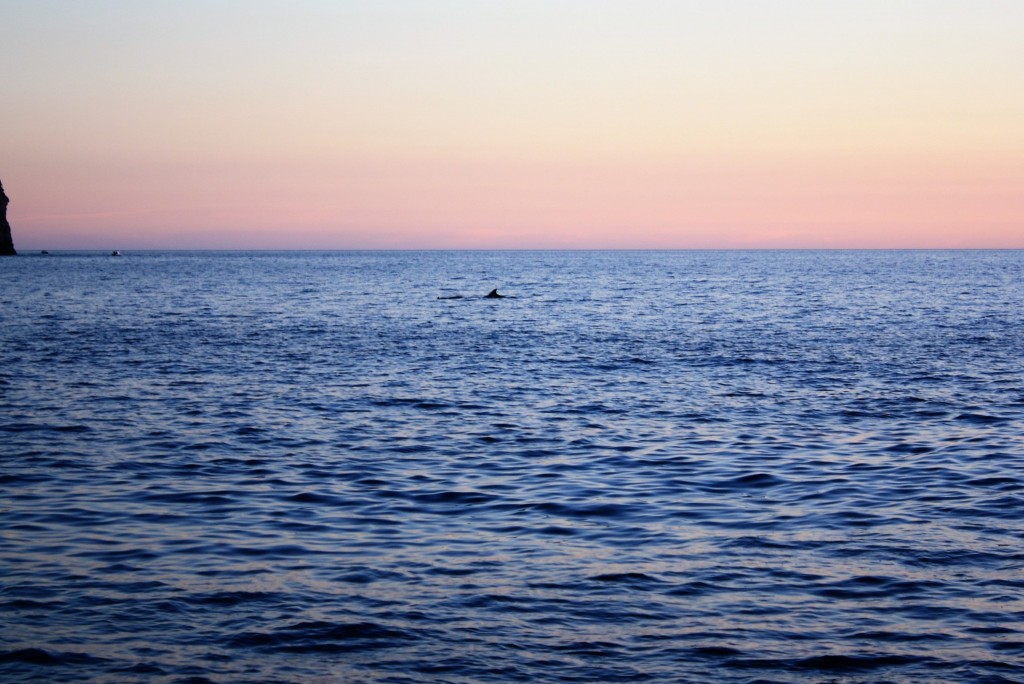 The towers of the city threw intimidating shadows across the water as I left the confines of Dubrovnik by Sea Kayak. The group of intrepid paddlers was small, with only four kayaks daring to venture out, but all present loudly humming the theme tune to Game of Thrones as we passed through the walls and onto the waves beyond. 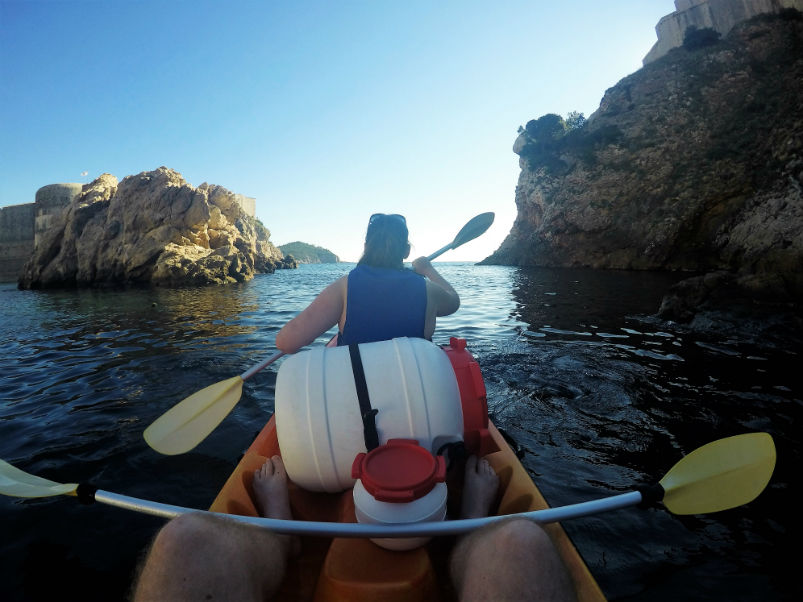 Out on the open sea, our kayak guide explained that the walls were originally constructed from a solid, yet disgusting mix of egg, mud and urine. Anyone who wished to trade in the city had to bring a brick, or rock as tax. A sturdy method, as the walls have stood the test of time, even surviving for the most part a prolonged siege by the Yugoslav army in the 1990’s when Croatia declared independence. 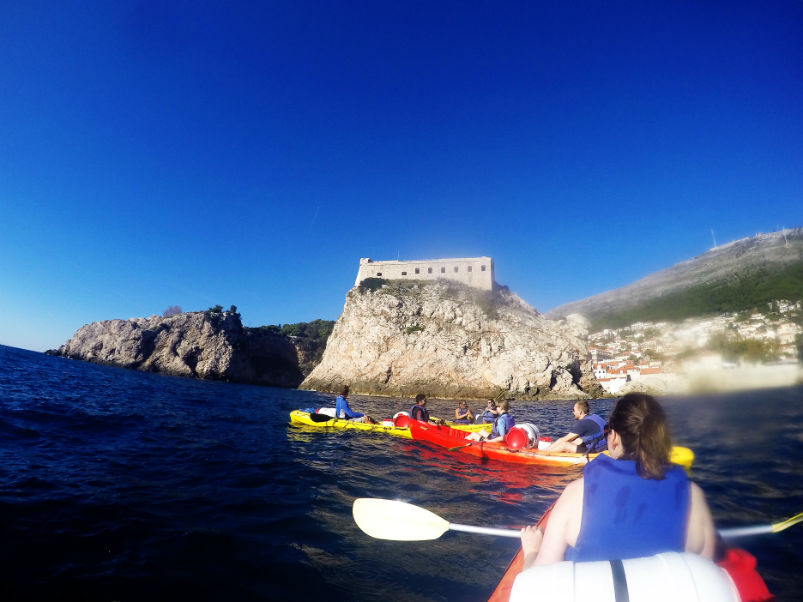 The walls are tall. Over 20 metres on some stretches. There’s even a few bars set up for the mad or drunk to jump into the water below. Our guide did say that it seemed to be primarily Australians who attempted this. He also added that it was tradition to attempt to impress the ladies by launching off the highest point, although it never seemed to work as he was still single. I guess he should find a higher jumping point. 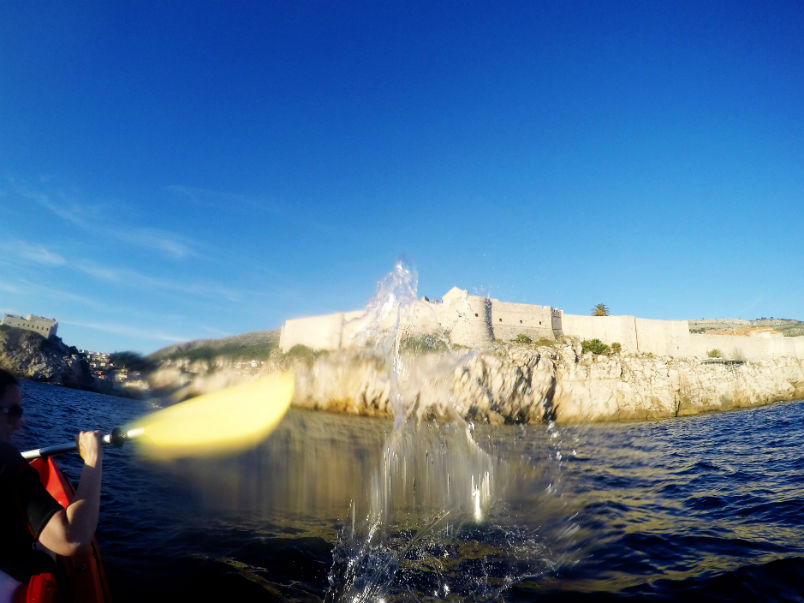 The sea was calm, and we passed along the coastline with ease. Across the bay, we paddled into a quiet and secluded cave, with a rocky beach leading into the turquoise waters. I’d done it, I’d escaped the hordes. It was just me, the kayakers and the fish. 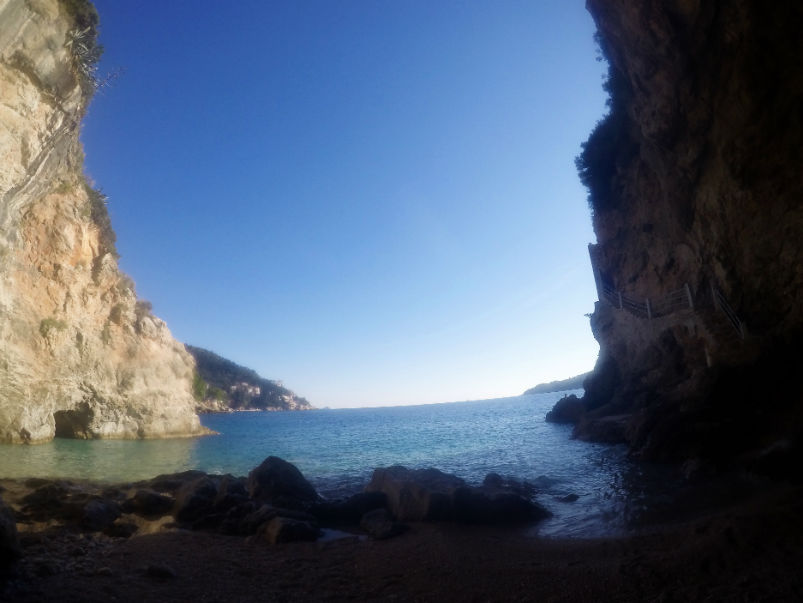 After the relaxing tranquillity of the cave, we headed across to Lokrum Island. The cursed island. This small island in the bay has been owned by various historical figures over the years, including Napoleon Bonaparte, and all the owners have met with an inglorious and disastrous fate. It’s currently owned by the Croatian government, and our guide theorised that with the EU now unravelling, perhaps the curse was bringing all of Europe down. 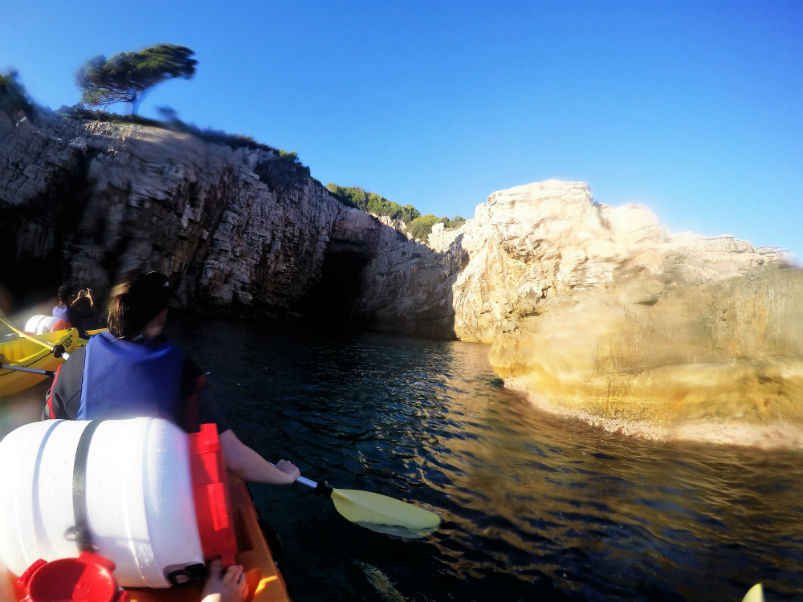 Circumnavigating Lokrum took us back to the walls of Dubrovnik, still standing tall and proud above the water line. I left peaceful waves behind me, and on land, the city was as busy as ever, as shuttle bus after shuttle bus from the cruise ship port disgorged passenger after passenger onto the streets. Dubrovnik, the cradle of Croatian tourism, is best viewed from afar. 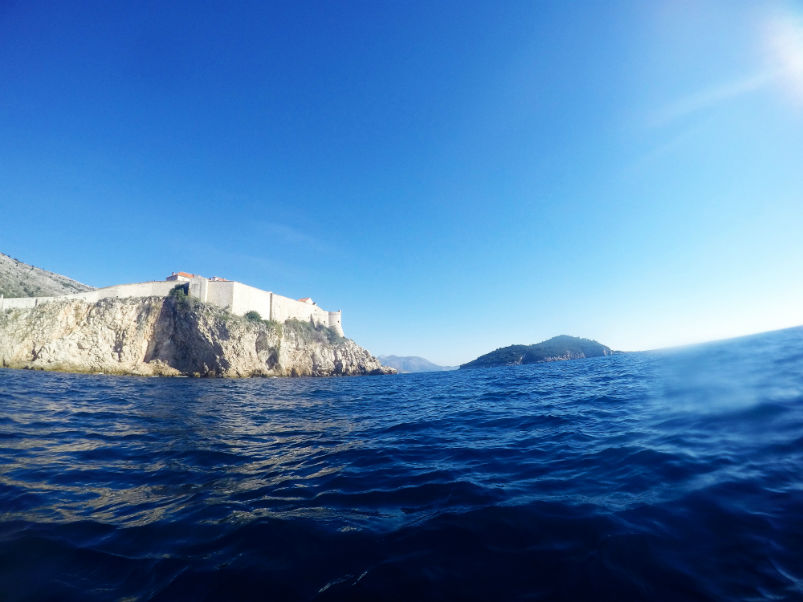 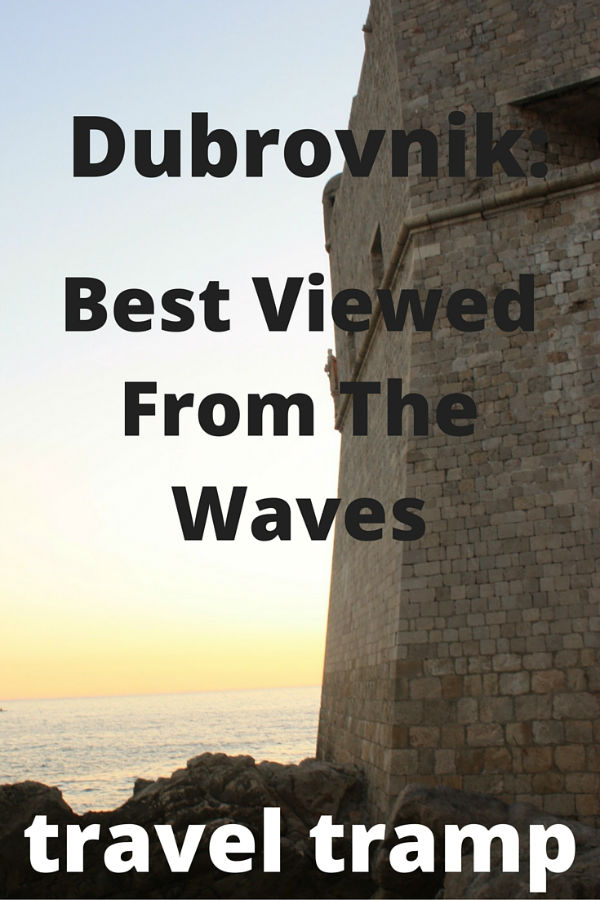 For more stories of walled, medieval, Balkan cities, then have a read of the Rakija fuelled adventure I had in Kotor, Montenegro.