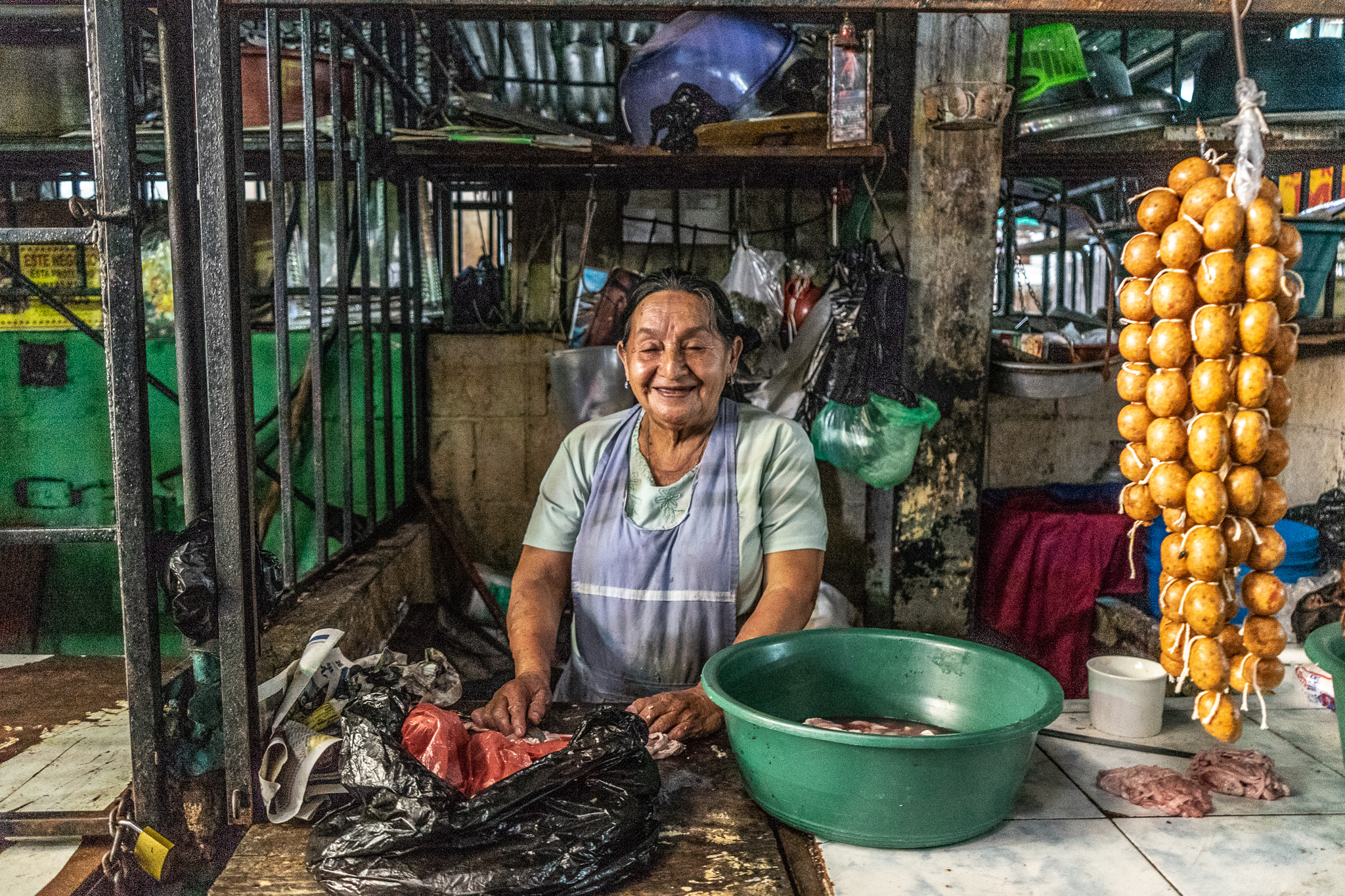 I’ve just spent the last two weeks exploring El Salvador, and I’m annoyed because I didn’t have enough time to even see a fraction of the country. In fact, I overstayed by an entire week too, and my Central America trip planning went right out of the chicken bus window.

It’s these countries that I love that, the small gaps on the map that mean little until you are actually there. The destinations that you know almost nothing about, have few plans for before you get there, and for that reason, also have zero expectations. With no expectations, it’s hard to be disappointed, and in fact, El Salvador has proven to be the unexpected delight of my Central American Travels.

Despite being the smallest nation in the region, I was quite astounded as to just how much there was to see and do, and how much and how little, I really got to experience. For that reason, I’m already planning my return to El Salvador.

El Salvador has one of the highest murder rates in the world. Whereas most countries judge their nation’s performance by measures such as GDP per capita, El Salvador measures its success by drops in the homicide rate per capita and it’s continually vying with the likes of nearby Honduras and Guatemala for the top spot. Not that anyone wants the title.

As my walking tour guide in San Salvador, the capital, pointed out to me though: “It’s the locals that have the problems. Not the tourists”. And in many ways, that’s a great way of describing the violence. After a violent, decades-long civil war that only ended in the ’90s, instability lead to the rise of gang warfare and the rise of notorious gangs such as MS-13.

Tourists though aren’t the targets of this, although of course, it’s always possible to get caught up in a crossfire, but then again, that could happen anywhere, even back in pleasant old England. Keep your wits about you and listen to the locals, and it’s unlikely that you’ll encounter anything untoward in El Salvador. In the last year or so, the murder rate has even dropped drastically (although, disappearances have increased…)

What better time to visit than now?

Most countries have eloquent or catchy slogans to promote tourism to their country. Belize have the line ‘A Curious Place’, Honduras use the phrase ‘Everything is Here’, and Guatemala proudly describes itself as ‘The Heart of the Mayan World’. These neighbouring countries are at least trying to draw you in, to give you a reason to look into the top sights or best places to visit.

El Salvador however, has a novel approach. Their official tourism slogan is ‘Don’t Skip El Salvador’. They are almost begging you to hang around, because the few tourists that do visit, are usually just passing through on their way to somewhere else. The country’s reputation for violence, and the simple fact that few tourists really know what there is to see and do in El Salvador, ensure that most pass right on through, or don’t even bother doing that.

For me, that’s part of the appeal of off the beaten track destinations like this though, not knowing what to expect or what you are really going to find, and even from my limited two weeks in the country, I implore you, Don’t Skip El Salvador.

Is Travelling to El Salvador Easy?

El Salvador is not the easiest country to travel through, but neither is it the most difficult. Tourism here is in its infancy, but you can still find hostels and hotels in most destinations. Bus travel is cheap but slow, but if you need to, there are always fast tourist shuttles between the major locations. Visas are easy, as El Salvador is part of the Central American group that gives most visitors 90 days across the region – they don’t even give you a stamp in or out of the country.

While Spanish is the main language, of course, many Salvadorians have lived and worked in the USA, and even in the smallest towns, you’ll find locals with a good level of English and willing to help you out. With no mass tourism, it’s a more authentic travel experience, but if you want, you can always find a McDonalds to eat at too.

What is there to do in El Salvador?

So now you will be asking the question, what is there to do in El Salvador? Why shouldn’t I skip El Salvador? On the map, it doesn’t look like much, but I barely scratched the surface. The longer I stayed, the more I discovered and the more I wanted to see, but having an admittedly lax schedule to keep to and having just a few weeks left to also travel all the way through Honduras and Belize to get to Mexico, I couldn’t hang around forever.

At first, I didn’t know quite what there was to do, or how easy it was going to be to do it. My only experience of El Salvador is really from that old song by the band Athlete, which you’ll only know if you are from the UK and listening to alternative pop music through the 2000s. The chorus goes: Fly to El Salvador, I don’t know why and I don’t know what for. That’s exactly how I felt when I crossed the border from Guatemala, although I wasn’t flying, but stuck in a slow-moving traffic jam on a stuffy minibus.

I would soon discover though, that El Salvador has beaches, surfing, drinking, waterfalls, cliff jumping, food markets, coffee, seafood, colonial cities, volcanoes, national parks and much more that I didn’t have the chance to see.

I travelled first to the beach at El Tunco, then to the capital San Salvador, then to the colonial city of Santa Ana, then along the Ruta de las Flores, then back to Santa Ana and eventually onto Honduras. Two weeks, and four destinations, and still I only saw a fraction of the north and west.

El Tunco is the number one tourist destination in El Salvador. But don’t expect it to be heaving, except on the weekends when the locals flood the beach bars from the capital, which is just an hour away.

If you love surfing, or just hanging on the beach or around a swimming pool – yes, all the hostels have swimming pools! – then El Tunco is the place to chill out for a few days, or even for a few weeks. It’s probably the most developed place for tourism in El Salvador, but that’s not really a big achievement, but it does make it a good place to start if you are unsure about visiting the country.

San Salvador is the big city, and I’ll admit, I was nervous about visiting, but stick to the centre and stay in the Zona Rosa – the ‘safe’ area – and you’ll find it to be a pleasant enough place to spend a day or two. Like most Central American capitals, there’s not a huge amount to see. Although it was one of the first major cities to be built by the Spanish, the surrounding volcanoes and frequent earthquakes have ensured that little remains in terms of heritage.

Take a walking tour to see the city with a local guide – there’s a great tip based tour that runs through the week – and call in at the few museums to learn more about El Salvador’s history.

Santa Ana is the country’s third largest city, and it’s full of pleasant colonial streets and fringed by volcanoes. It’s a lovely place to spend a few days, and from Santa Ana, you can visit hot springs, Mayan ruins and climb the Santa Ana volcano, a highlight of any trip to El Salvador.

Close to the border with Guatemala, the Ruta de las Flores is the country’s first attempt at stringing together a travel route through some of El Salvador’s more idyllic, rural locations. A string of small villages in the hills makes for the perfect base to head out hiking through coffee plantations, to swim in waterfalls and even to cliff jump. There’s a food market every weekend, and it’s easy to plan on spending a few days before getting stuck for a week here.

There’s much more to see and to do in El Salvador of course, so stay tuned for more articles!

The Last Cigar Rollers of Suchitoto