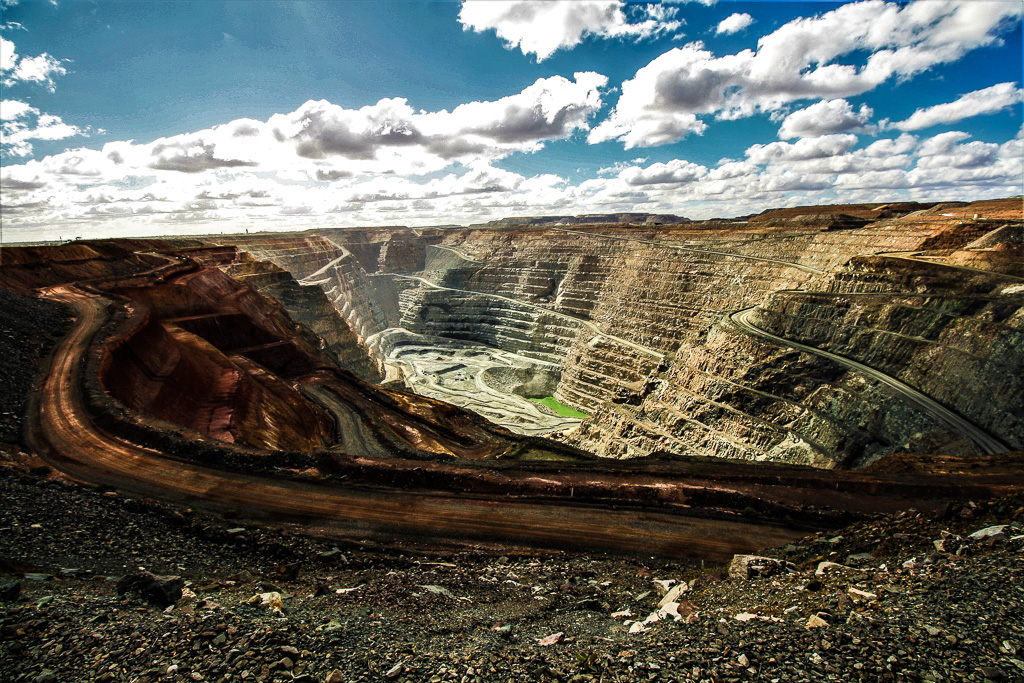 How To Travel From Perth to Kalgoorlie

My definitive series of Western Australia travel guides continues with the latest instalment on the blog as this time I explain the best ways to travel from Perth to Kalgoorlie.

There are plenty of ways to get from Perth to Kalgoorlie – trains, flights and road trips -and here’s my definitive travel guide on getting across the great outback space that divides these two cities.

The Best Time Of Year To Travel From Perth To Kalgoorlie

Kalgoorlie is way out in the desert. In fact, it’s the largest ‘Outback’ City in the entirety of Australia. That means the summer months are burning hot, while the winters can be sort of chilly, especially at night. The best time to visit Kalgoorlie from Perth is at the beginning of the summer season- around September and October – or at start of the winter season – March and April. Year round though, it’s perfectly possible to visit if you can deal with the extreme temperature fluctuations. 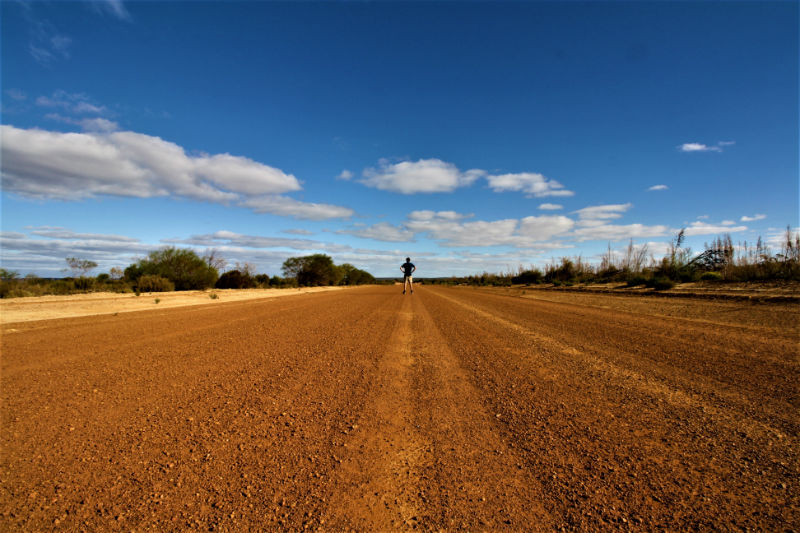 Flying From Perth To Kalgoorlie

Kalgoorlie is almost 600 kilometres away from Perth. That’s at least a six hour drive if you drive it straight. If that long car journey isn’t for you, then there are regular flights linking Perth to Kalgoorlie.

Flight time is only around 1 hour and both Qantas and Virgin Australia have domestic routes flying multiple times per day.

I’d recommend looking for the best deals on Skyscanner or Kiwi.

The airport is just outside of the city, but unfortunately there is no public transport between airport and city. The only options are taxis or rental cars to get from Kalgoorlie airport to Kalgoorlie city centre.

Is There A Bus From Perth To Kalgoorlie?

TransWA are the main transport company is this part of Western Australia, however they unfortunately do not run a bus route from Perth to Kalgoorlie. The only way to travel by bus would be to first get to Esperance, then transfer to a bus going to Kalgoorlie. This however would take much longer and cost much more than simply taking the train…

Taking The Train From Perth To Kalgoorlie

If you aren’t driving the route, then by far the most exciting way to travel from Perth to Kalgoorlie is on the Prospector train. This journey takes 7 hours, and the train departs daily from East Perth Train Terminal. Return tickets currently cost 90 AUD and can be booked in advance online.

The Prospector is a scenic ride across the country, and an historic journey too. 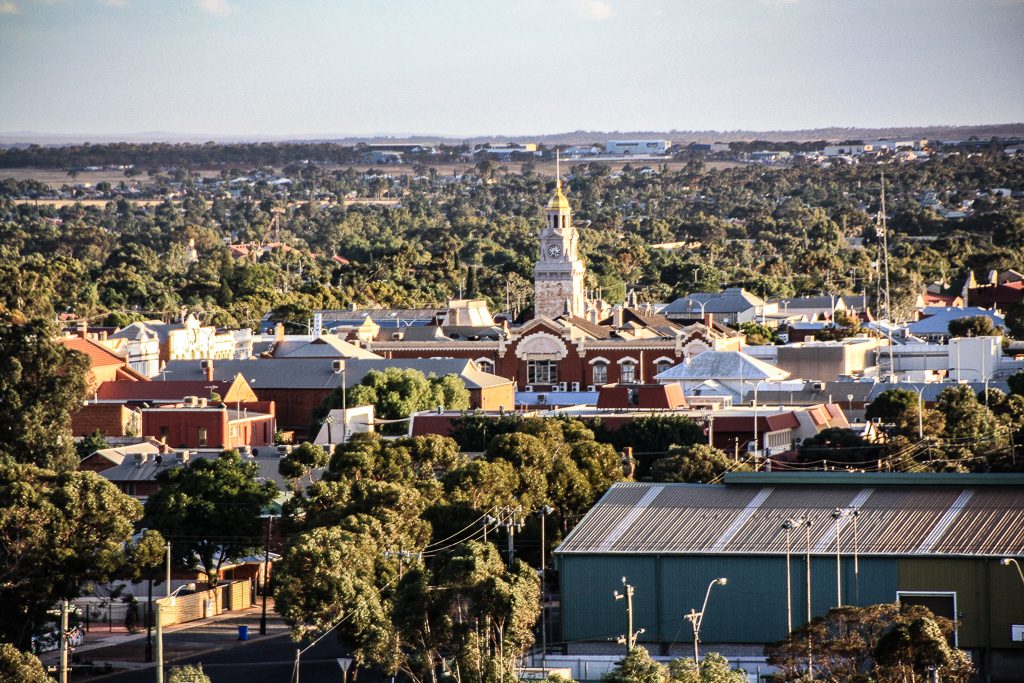 Ride Shares From Perth To Kalgoorlie

There’s usually someone driving all the way to Kalgoorlie, although you could make it an adventure and ride share from town to town.

Renting A Car To Drive From Perth To Kalgoorlie

It’s possible to rent a car or campervan to drive from Perth to Kalgoorlie,  some companies will even allow one way vehicle rentals. You can drop it off in Kalgoorlie, or go even further afield..

It’s best to do a lot of research before choosing your rental company, as each has different rules, types of vehicle and packages available.

The following companies offer campervan hire from Perth to Kalgoorlie and there are plenty more car rental places available too.

Driving From Perth To Kalgoorlie: The Definitive Road Trip Itinerary!

Perth to Kalgoorlie is a 593 kilometre journey with awesome sightseeing opportunities on the route, and the recommended way to travel to really enjoy the changing landscapes and small country towns is on a self drive tour.

The quickest route is across the Great Eastern Highway, but there are many- short and long- detours available. The route passes through the scenic Wheatbelt, and then into the harsh, desert landscapes of the Goldfields. It’s an impressive journey and one of the most underrated road trips in Australia.

The main route is sealed the whole way, however some detours are on gravel roads, but these are generally navigable by two wheel drive vehicles, just check conditions first. You can do that via Main Roads WA.

Here’s a breakdown of a road trip route from Perth to Kalgoorlie!

The Perth To Kalgoorlie Road Trip

The City of York should be the first stop heading east of Perth. York was in fact the first settlement to be founded by Europeans inland of WA’s coast, and this quaint little place was founded in the spot it was because the river and the valley reminded the settlers from England of their home country. There are heritage listed buildings and importantly, it’s one of the few places I visited in Western Australia that actually acknowledged the local Aboriginal people and the crimes committed against them at the local museum, and former courthouse.

Distance From Perth to York: 99 Kilometres

Distance From York to Kalgoorlie: 494 Kilometres 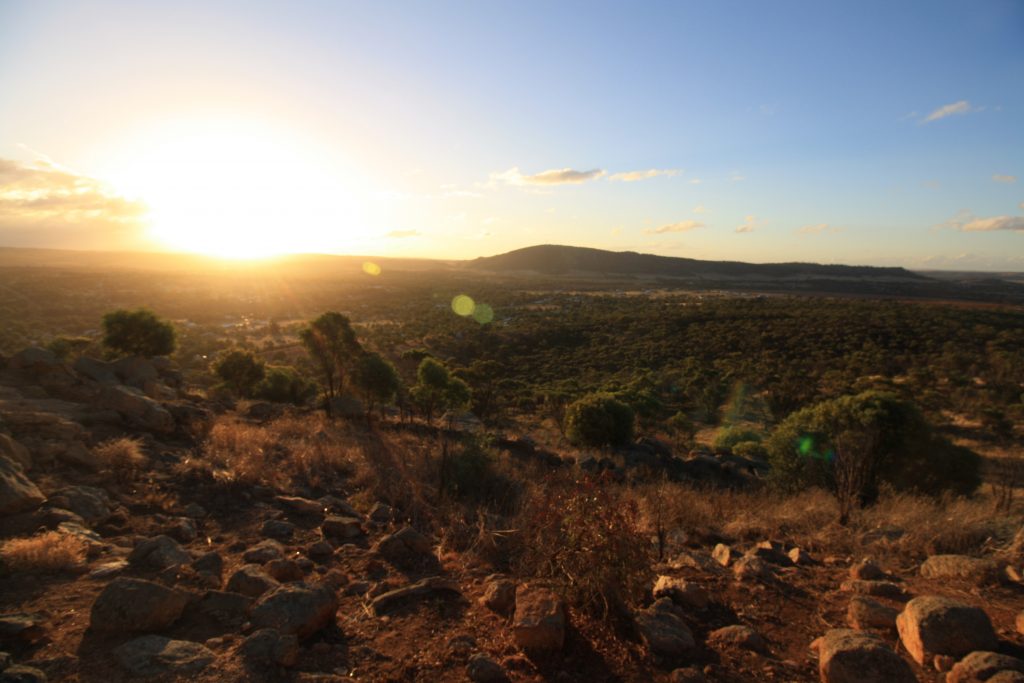 Corrigin is just a small farming community in the Wheatbelt, a vast area of land where huge quantities of – you guessed it! -wheat are grown. It’s a bit off the main highway, but it’s also on the way to Wave Rock if you fancy taking a detour (see below). Corrigin is different to the rest of the little farming towns you’ll pass on the way from Perth to Kalgoorlie, because Corrigin is home to a humbling cemetery for dogs. This loving plot of land is a tribute to the town’s much loved pets, and it’s a moving place for animal lovers to visit.

Distance From York to Corrigin: 136 Kilometres

Distance From Corrigin to Kalgoorlie: 450 Kilometres 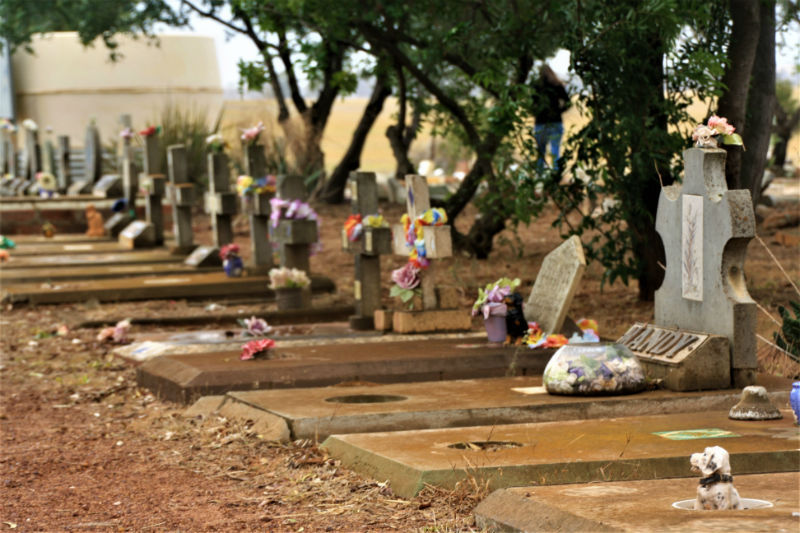 Wave Rock is the most unusual and unexpected sight to see in the middle of Outback Australia. It’s a long, overhanging rock that’s been slowly shaped over millennia by rain and winds. It looks spectacular, and it’s strangely colourful feature in an otherwise monotone landscape. It’s a bit of a detour from the main highway, but it’s definitely worth it for this rock

Stay the night at Wave Rock Caravan Park, it’s right at the base of the rock, but make sure to book ahead. 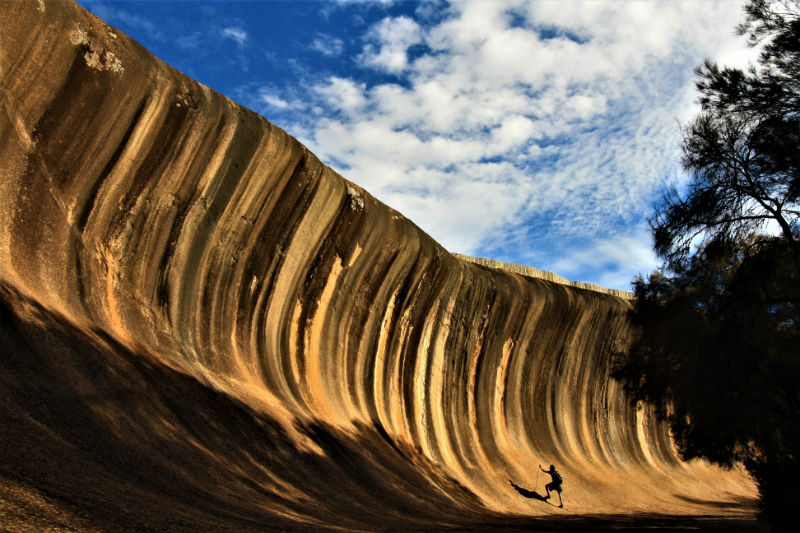 There’s not much at Southern Cross, but it’s a solid stop off point on the way to Kalgoorlie for fuel and delicious, home made pies from the local bakery. This is where the Wheatbelt ends and the Goldfields begin. To get to Southern Cross from Wave Rock, you can take the sealed road the long way, via Merredin, or take the unsealed road for a shortcut through beautiful countryside. The shortcut saves a lot of kilometres, but the road is gravel, although in very good shape generally. 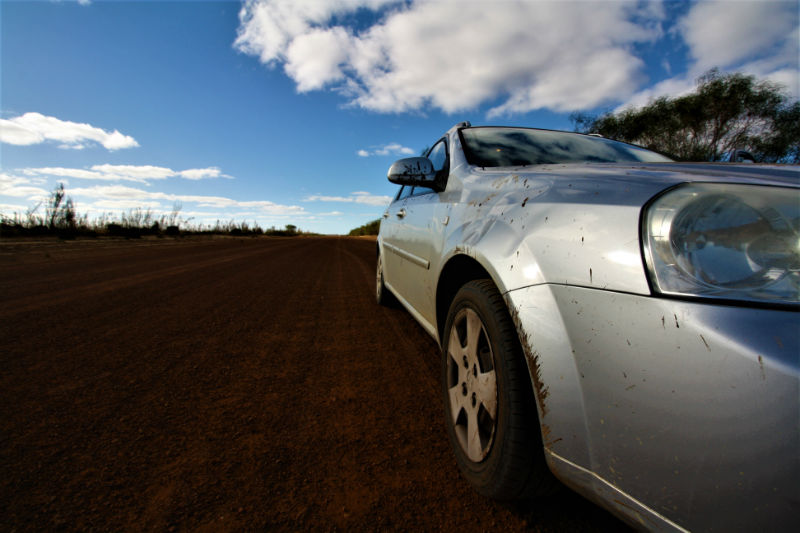 Coolgardie is the original Kalgoorlie. This was once one of the largest city’s in the state and one of the first places where gold was discovered. Soon though, everyone had moved just 40 kilometres down the road to Kalgoorlie, where there was even more gold under the ground and Coolgardie shrank to a fraction of its former glory. Now it’s an interesting historical stop off, not exactly a city anymore, but more of a ghostly old mining town.

Distance From Coolgardie to Kalgoorlie: 38 Kilometres

On the outskirts of Kalgoorlie is Lake Douglas, and in a land devoid of water, the lake is a beautiful sight. It’s a favourite with Kalgoorlie locals on the weekend, and it’s a great spot to camp out and stay the night before heading into Kalgoorlie.

The Best Things To Do In Kalgoorlie

Once you are in Kalgoorlie itself there’s plenty to do and to see to keep you around for days before making the return journey back to Perth or heading onward to Esperance, or even further into the Outback.

Kalgoorlie was one of my favourite cities in Australia, and I firmly believe it is one of the most under rated destinations in the country. It’s had a hard time shaking its Wild West image, a result of its mining and gold rush history, but Kalgoorlie really is an intriguing place, with an interesting past and a bright future.

Here’s a run down of the sights to see, but for a more comprehensive guide then check out my Ultimate List Of Things To Do In Kalgoorlie.

Driving Advice On The Road From Perth To Kalgoorlie

Driving from Perth to Kalgoorlie can be a challenge for those unused to the long roads and remote nature of Western Australia. Here are a few handy driving tips to help you along the way:

How To Find Accommodation On The Road From Perth To Kalgoorlie

Travelling from Perth to Kalgoorlie? Sign up for Air BnB to book your accommodation using this link HERE and you’ll get £25 free credit towards your first booking!

How To Travel From Perth To Broome! The Definitive Travel Guide!

How To Travel From Perth To Albany! The Definitive Travel Guide!

How To Travel From Albany To Esperance. The Definitive Travel Guide.