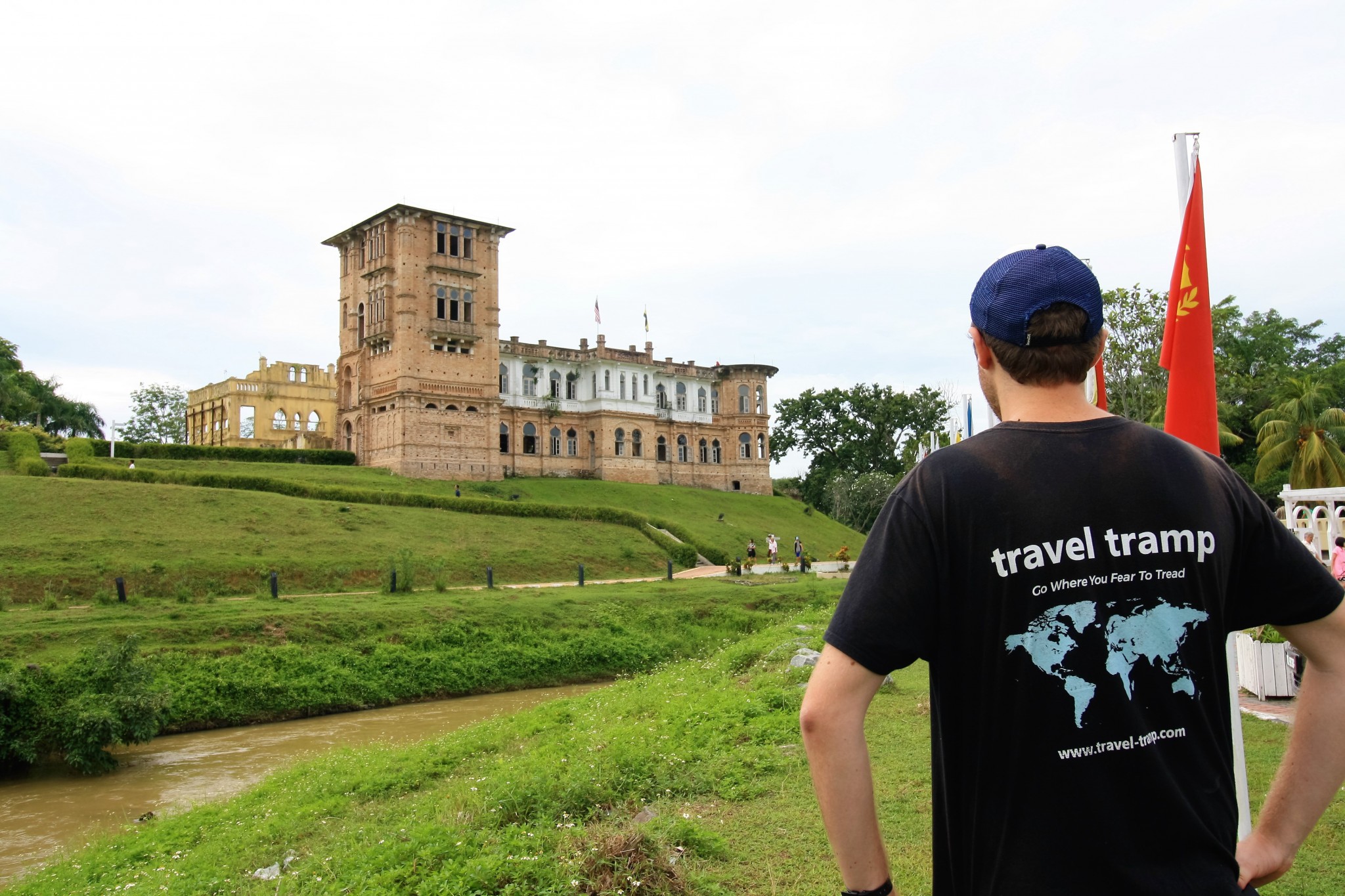 Built in Malaysia’s colonial days, Kellie’s Castle is the ruined home of an eccentric Scotsman.

The decaying yet imposing ruins of a castle are the last thing you’d expect to find in the tropical landscape of central Malaysia. Kellie’s Castle is a relic from a long gone era, a relic from the excesses of the British colonial days when Europeans made their fortunes in this far off outpost of the Empire, and lavished their new found wealth on mad projects. 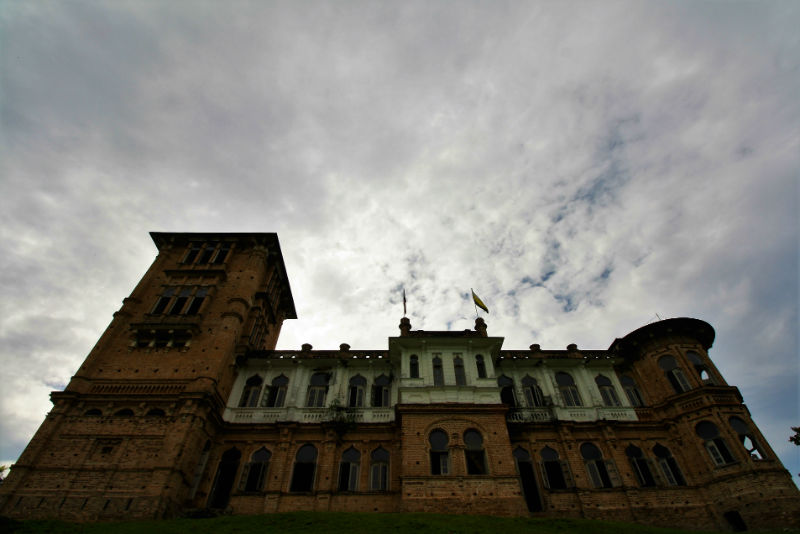 Kellie’s Castle was the personal project of a Scottish Planter, a Mr William Kellie Smith, who in Batu Gajah- a town around 15 kilometres from the city of Ipoh- managed a vast rubber estate. As the rubber industry boomed in the colony of Malaya, Kellie made his fortune. 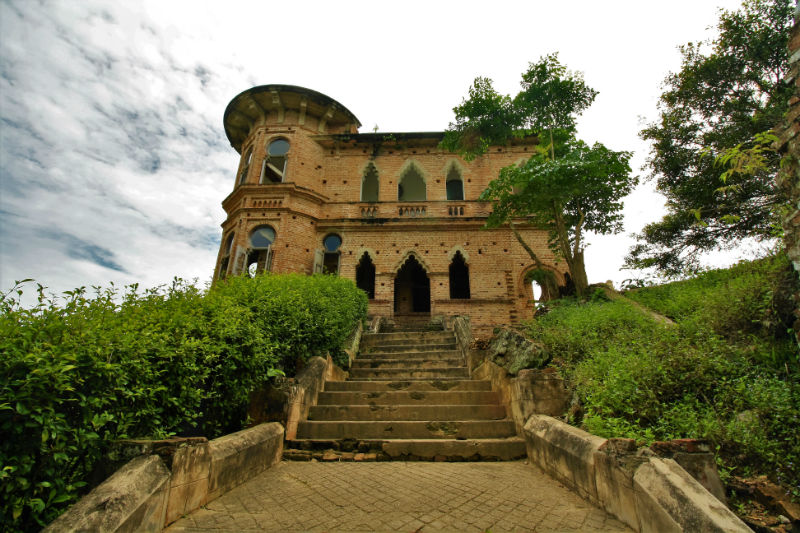 Kellie built his castle on his rubber estate, upon a hill over looking Batu Gajah, but construction was never finished. Work began in 1915, as a celebration of the birth of his son, but Kellie died in 1926 before his castle could be completed. 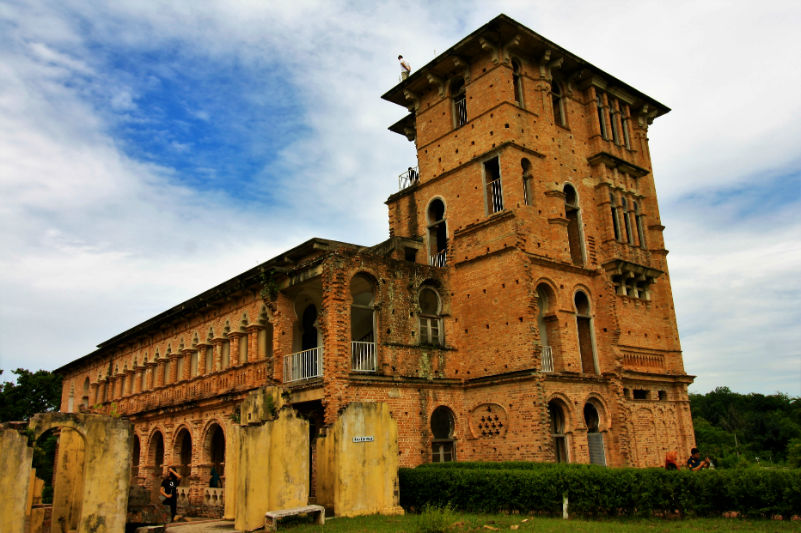 It was a grand colonial endeavour and one which took years to attempt. Countless funds were spent on its opulence and yet it would always remain a hollow shell. 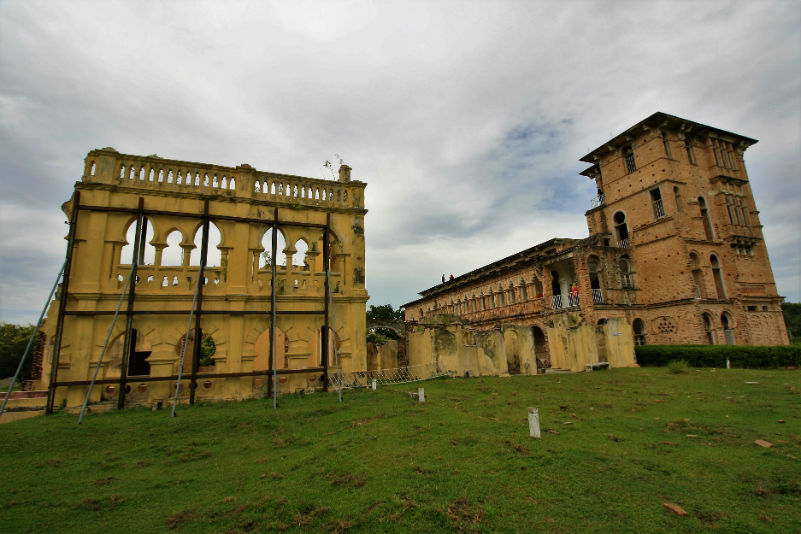 The main building of the castle, complete with a tower and rooftop parapet was mostly constructed, but the surrounding quarters, kitchens and stables didn’t get quite get so far. 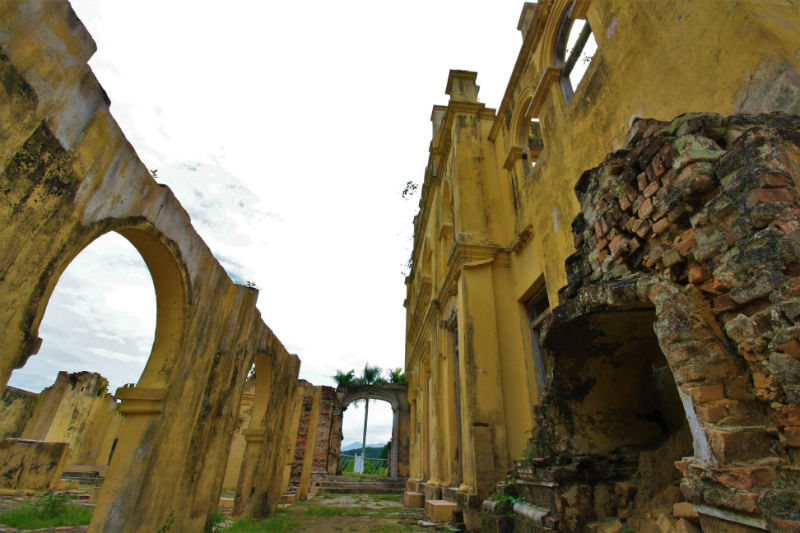 As World War I raged, supplies and materials became scarce and expensive. Kellie’s project was put on hold, as costs mounted and debts deepened. 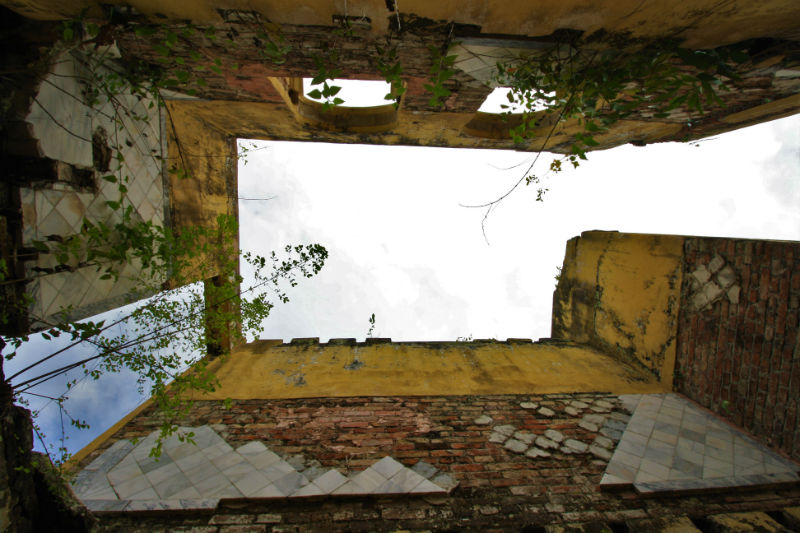 Kellie was influenced by Indian architecture and styles. He had shipped in marble from the sub continent, and even a large force of Indian workers to achieve a certain authenticity in his designs. Sadly, many of of his employees died during the vicious Spanish Influenza which wrought havoc across the world. His castle was never to be. 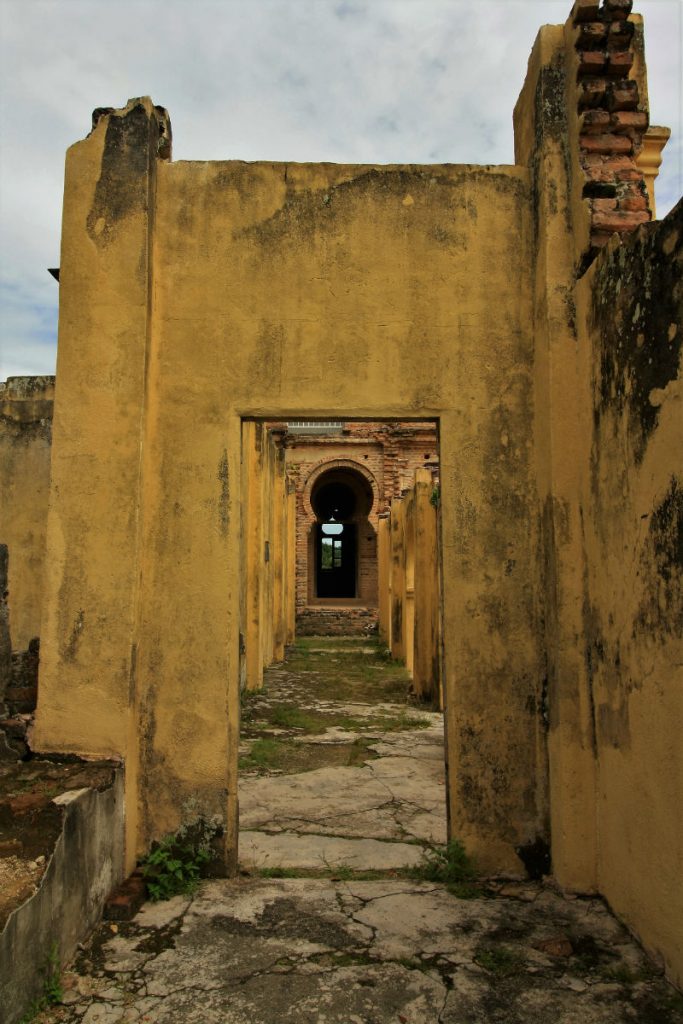 To fuel his eccentricity- or perhaps out of paranoia in a colonial world- Kellie had secret passageways and tunnels built between rooms and under the castle. Including an escape tunnel from the bedrooms. 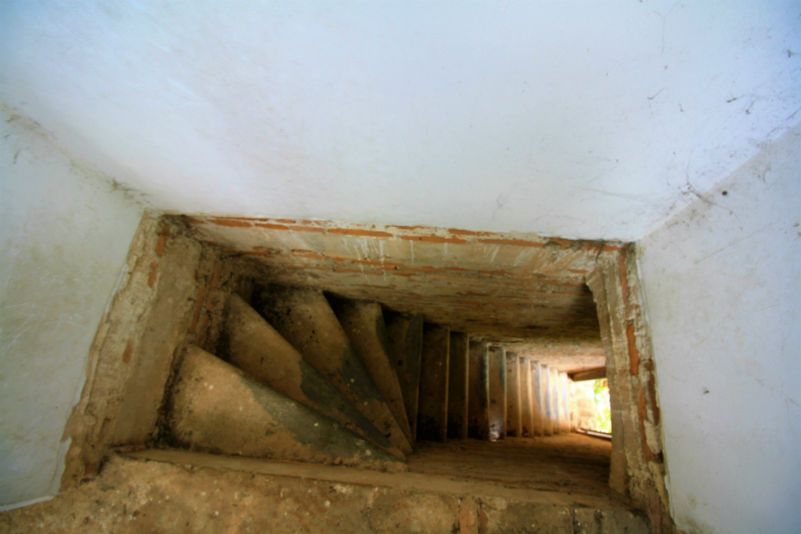 It was intended that Malaysia’s first electric elevator would be installed in the tower, allowing quick access to the battlements up high. The shaft was built, but the elevator never made it from Europe. 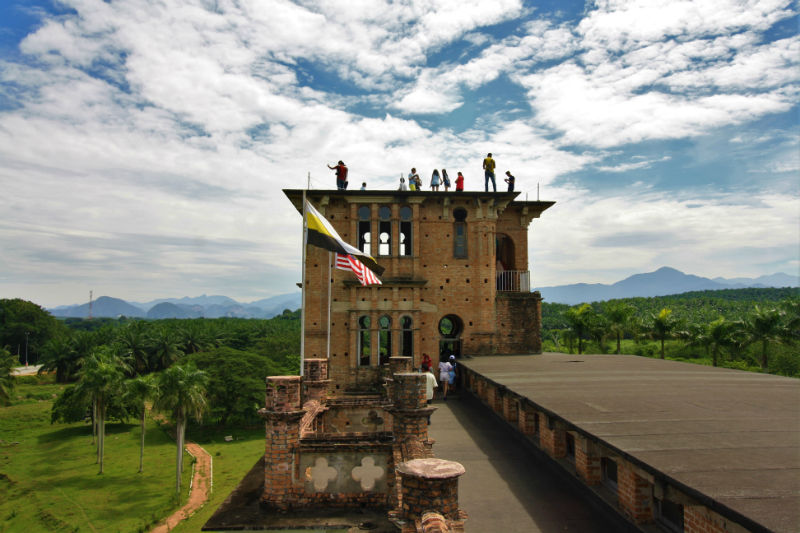 On the roof, an open parapet looked out across the central courtyard and the surrounding rubber estate. Kellie truly envisaged himself as a decadent Lord of Manor. 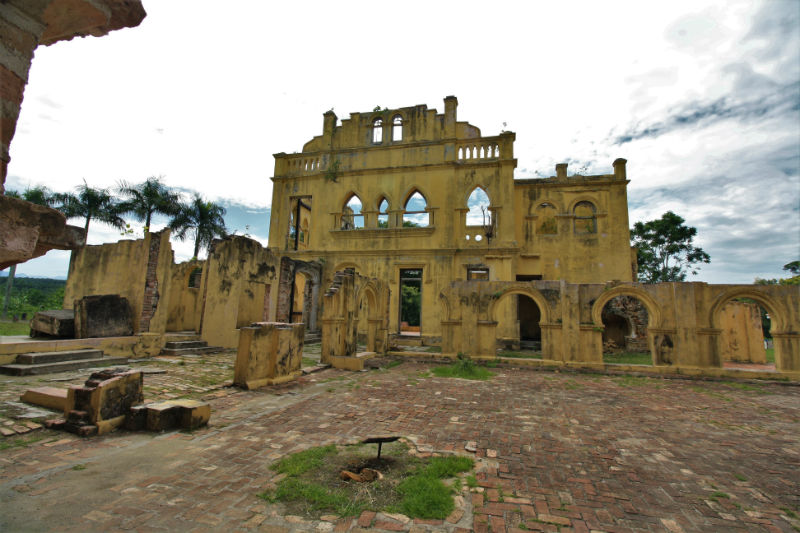 The grounds of the estate were extensive, and for many years after Kellie’s death in 1926 the castle fell into obscurity. It was overgrown, and- so a local told me- even became the hideout for bandits and communist guerrillas during the Malayan Emergency which followed World War II. 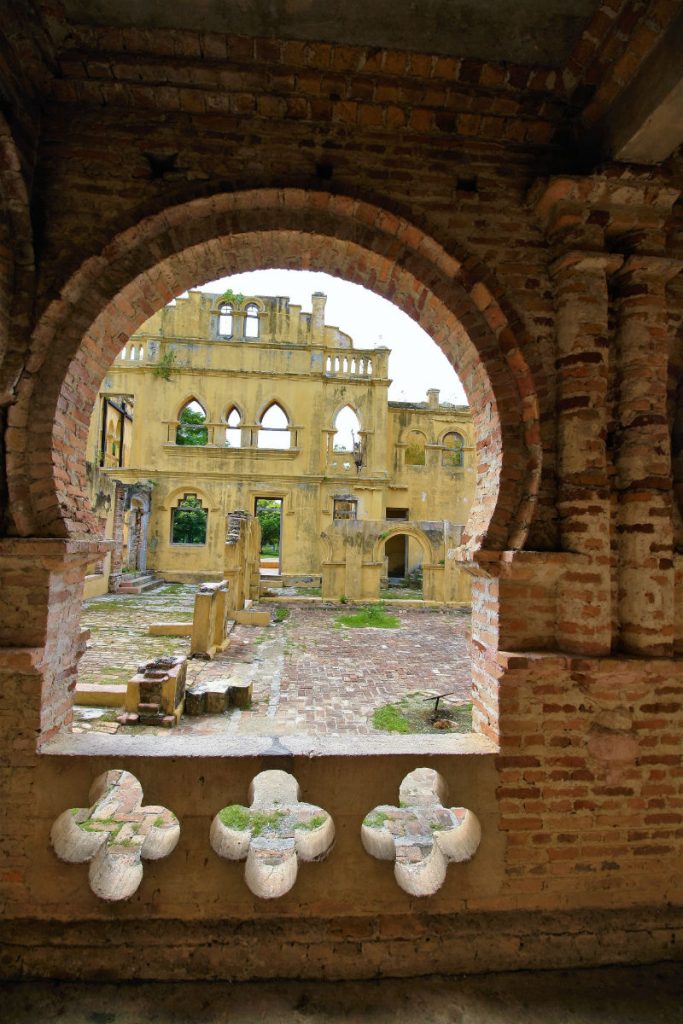 Recent times have seen the castle become a tourist attraction, especially amongst locals. It’s an intriguing reminder of the colonial days, of the excesses and the eccentricities of Europeans in the Malayan world. 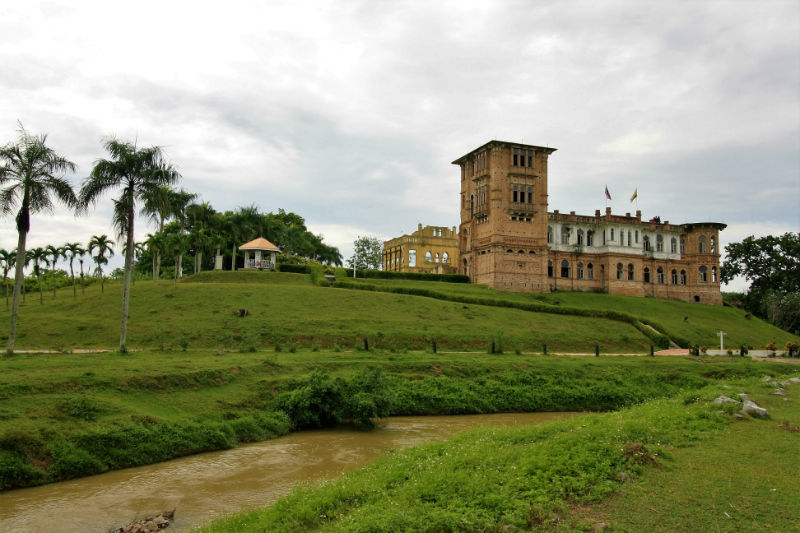 Legends go deeper still than fact. Locals also claim it is the sight of paranormal activity. Kellie’s ghost, and the ghosts of his family, have been reportedly sighted stalking the empty corridors of the tragic castle at night. The rumours certainly add to the Shakespearean character of the story, but perhaps show more wisely how Kellie’s Castle is simply now a ghost of the colonial past of Malaysia. 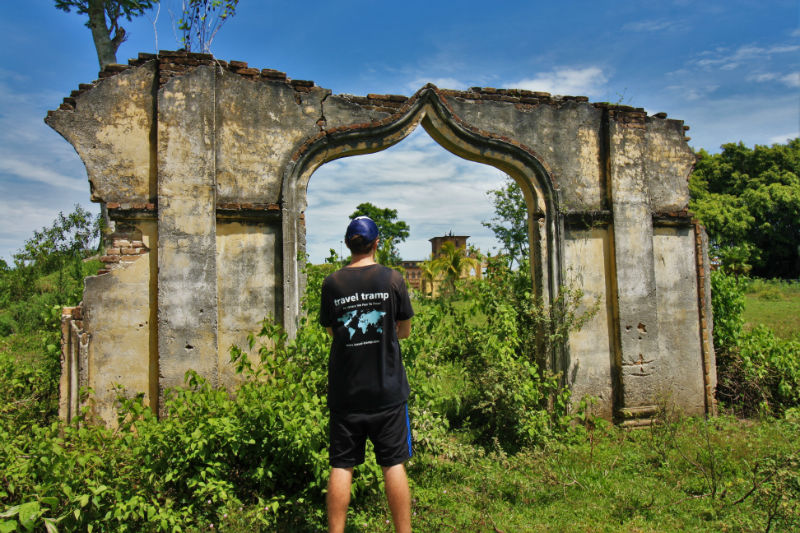 Where Is Kellie’s Castle?!

The ruins of Kellie’s Castle are in the small town of Batu Gajah in the state of Perak. It makes for an easy trip from the nearby city of Ipoh, which has connections across Malaysia.

I visited Kellie’s Castle with Mr Ching, an awesome Malaysian blogger who never stops travelling! You can check out his blog HERE!