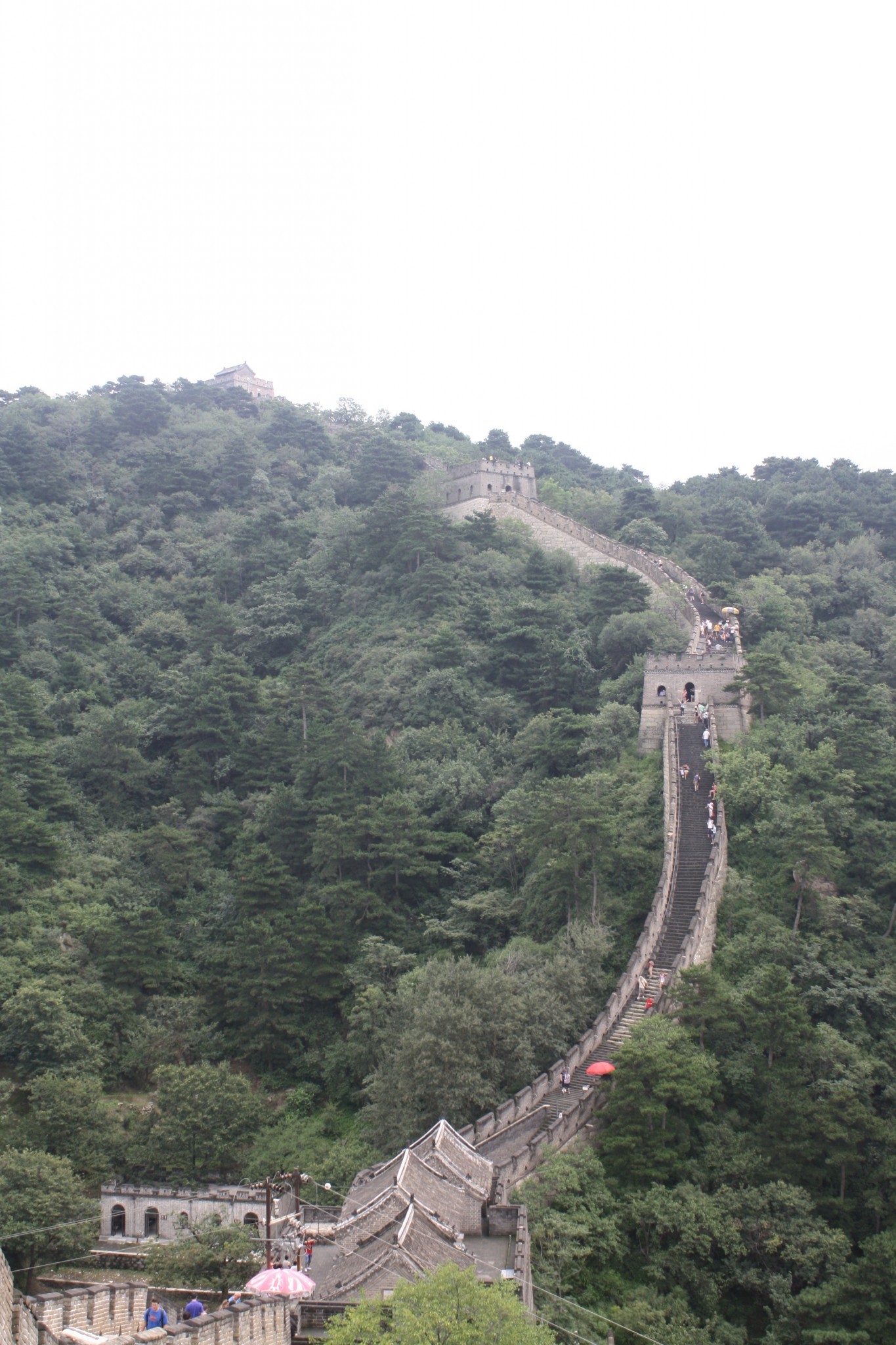 Chairman Mao once said that ‘Until you reach The Great Wall of China, you are no hero’, but reaching the wall at Badaling, just outside of Beijing, I could feel like no hero among the tourists that swarm this piece of history. 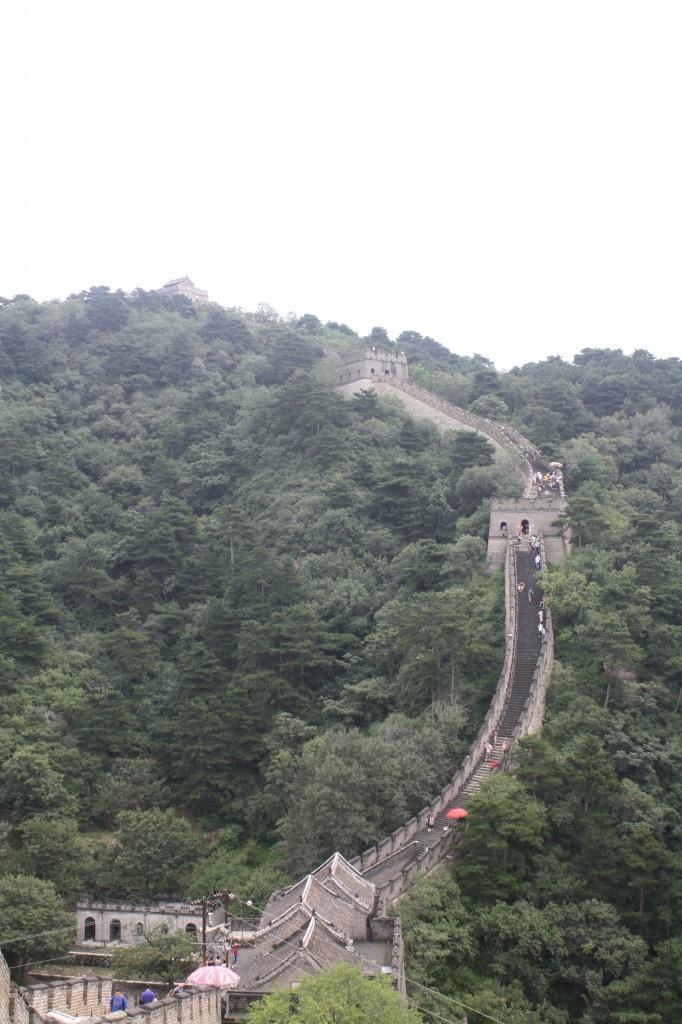 Now, don’t get me wrong, The Great Wall of China is an impressive feat of architecture, built and extended by various Chinese rulers over the centuries, stretching from the sea to the deserts of inner China, but as you could expect from one of the wonders of the world, certain parts of it see a hell of a lot of visitors.

One of these crowded sections is Badaling, where the wall has been more than just restored, but turned into an amusement park.

And as with most authentic historic experiences, the best way to travel there is by cable car. 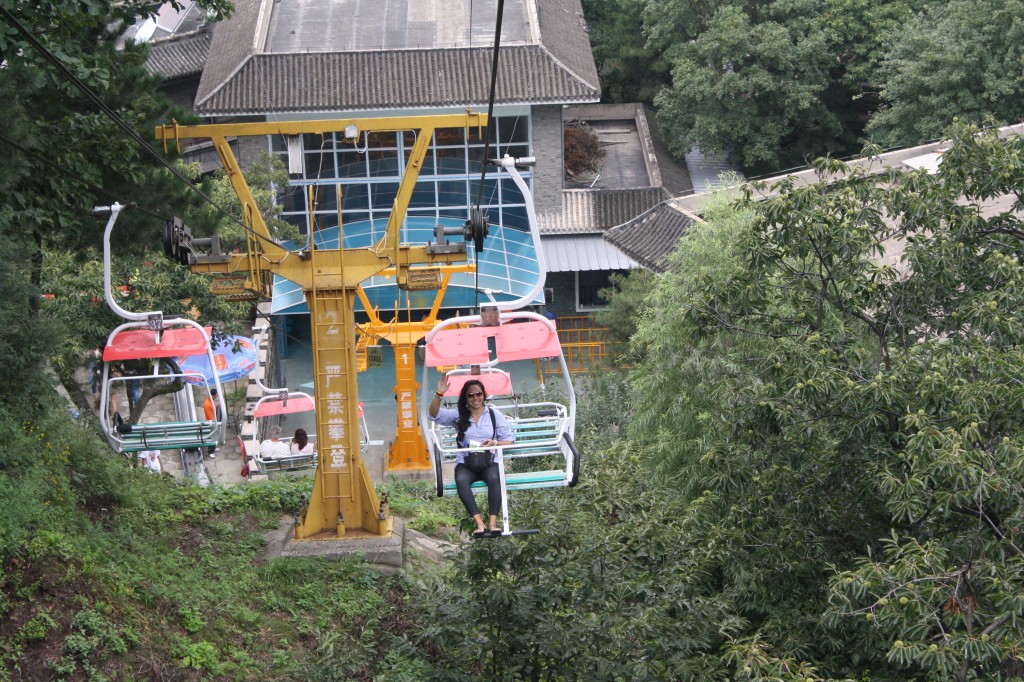 Admittedly, it does take the strain off the legs, and the views are what most people would probably call ‘breath taking’: 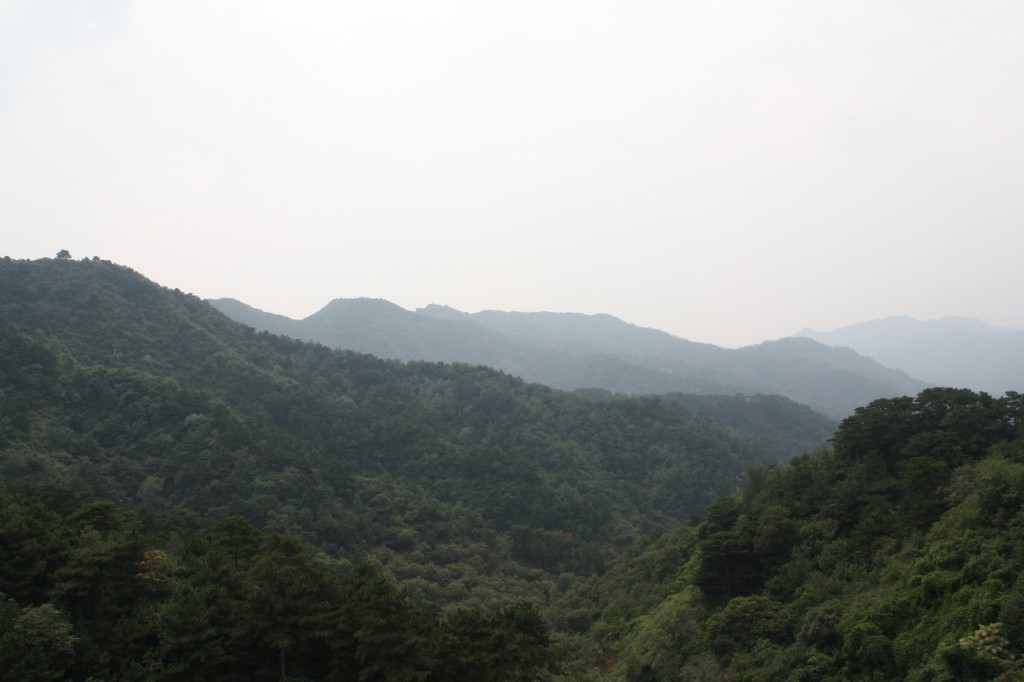 Gasping for breath all the way to the top, I almost missed seeing what is the only way to get down in style from any great wall: 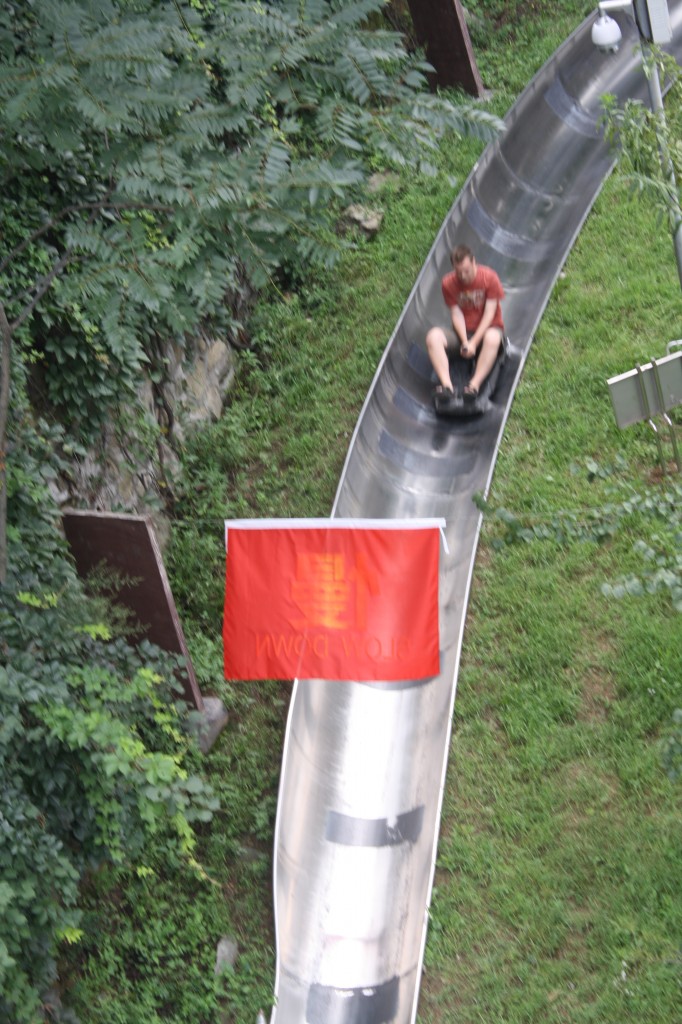 That’s right, someone had the incredible idea of installing a toboggan run for the way back down. In fairness it beats walking. 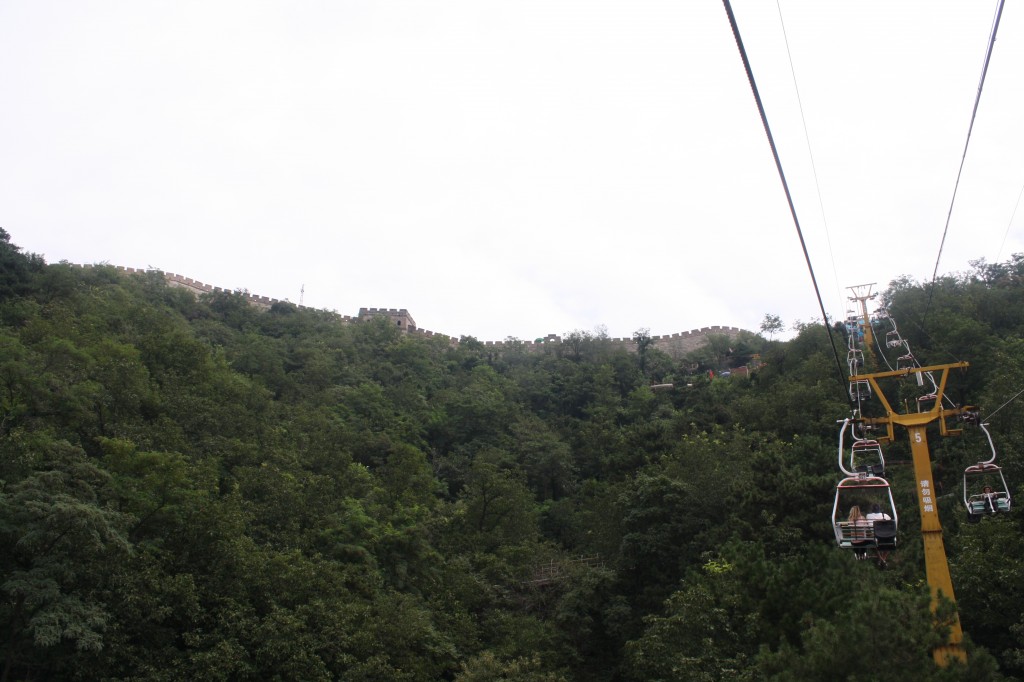 Getting to the end of the cable car ride, I stepped off onto The Great Wall of China. Maybe Mao was right and I would feel like a hero, a man on top of the world, looking out over the vast steepes of history.

A local man tried to sell me a Coca Cola as I contemplated all this. I was quite thirsty in all the heat of a Chinese summer, so bought one. He definitely ripped me off, but if there’s anywhere you should expect to pay a premium for a soft drink it was here. 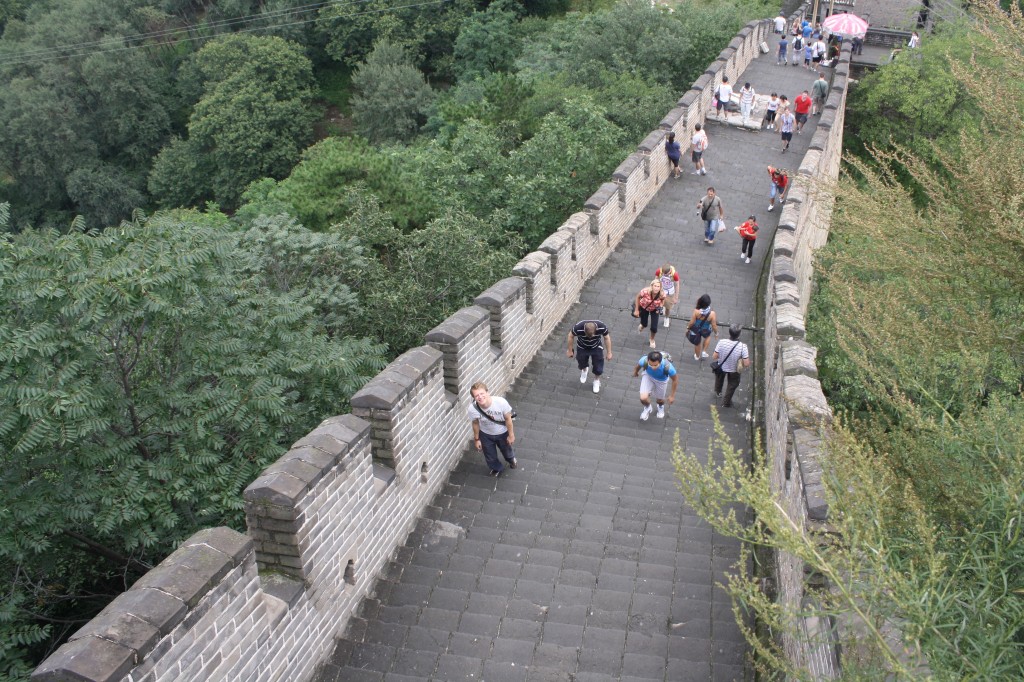 This part of China’s great wall is the busiest all year round. It’s easy to walk along, not too far from Beijing and for the most part well restored.  I was here myself because it was an easy bus ride from the capital, great when you haven’t got much time to fully explore this marvel. 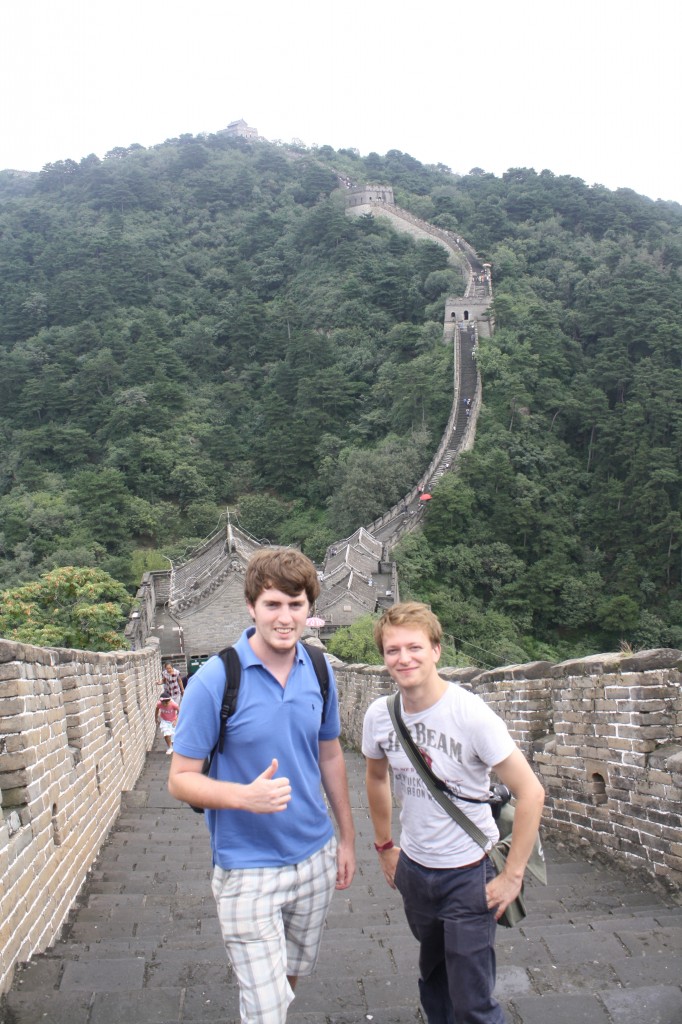 But for the adventurers out there, at Badaling there is still the chance to see the raw and wild side of the Great Wall of China. You don’t even need to walk far, you just have to be a bit sneaky.

Having taken the obligatory wall photos, been ripped off for a refreshment and pushed my way through the crowds for a glimpse of the scenery, it was time to get off the wall, it was time to head into the ruins. 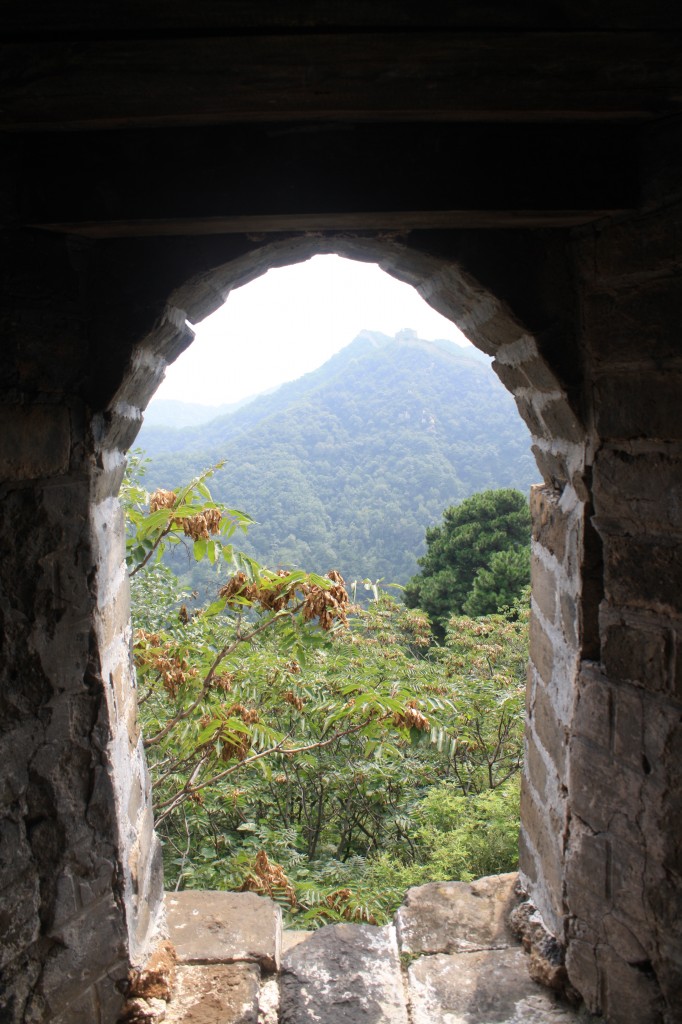 Climbing out of a window in one of the watchtowers dotted along the wall, I found myself in an unrestored section. Off bounds, it was overgrown and in disrepair. But no one else seemed to be there.

A few Chinese tourists followed me out the window, but soon turned back again as the path crumbled away. 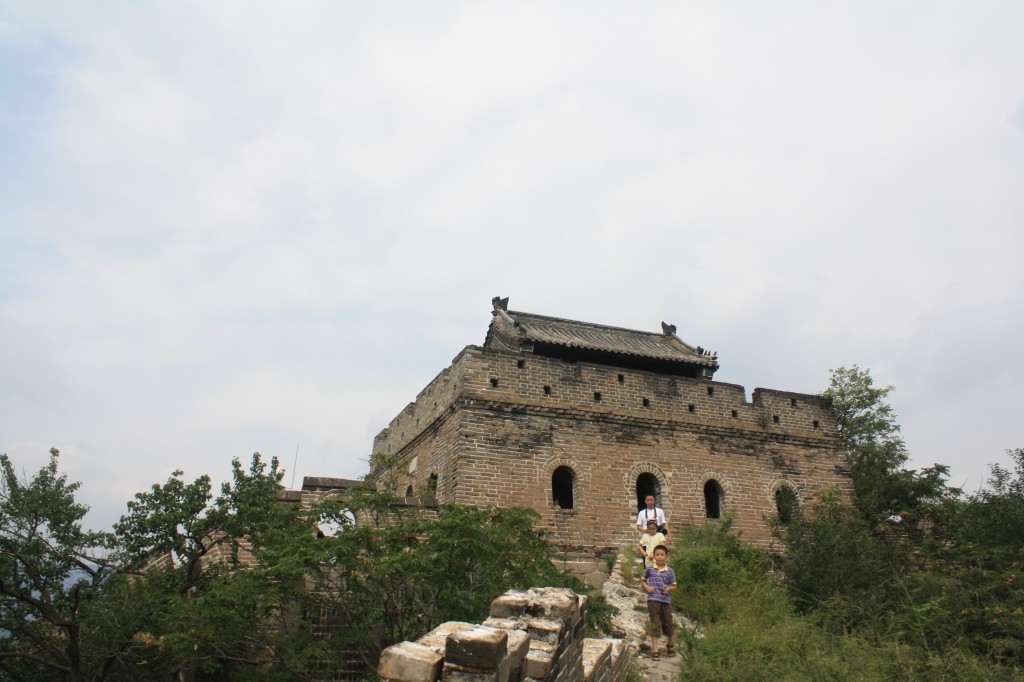 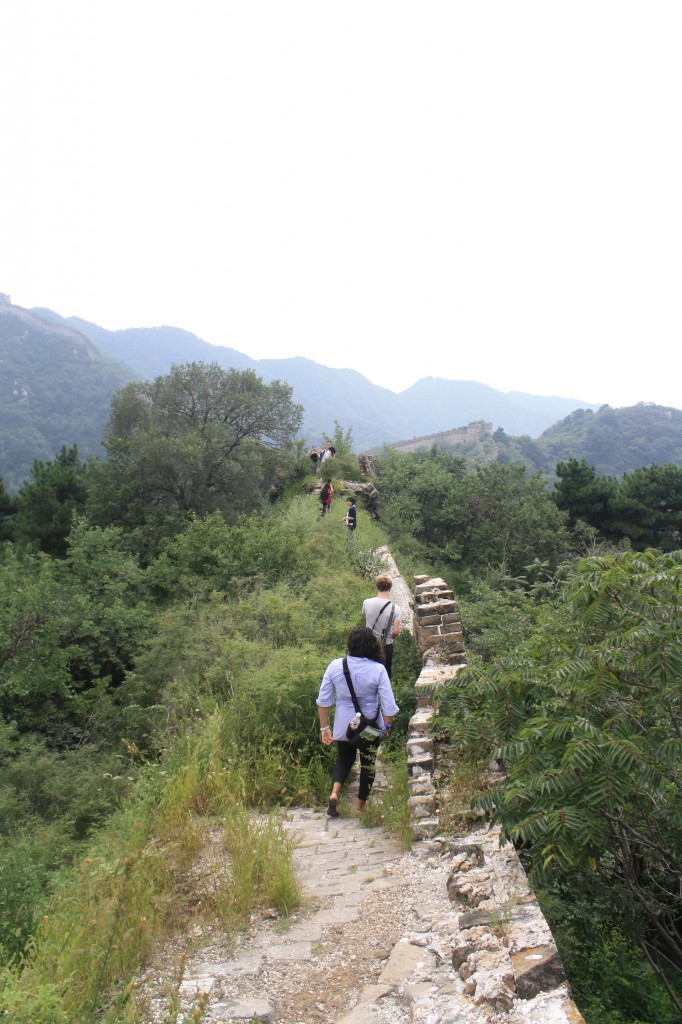 The wilderness was encroaching, slowly enveloping the bricks and mortar that have stood for centuries. It was amazing how just a few hundred meters away, if that, I had been elbowing my way through throngs of people. 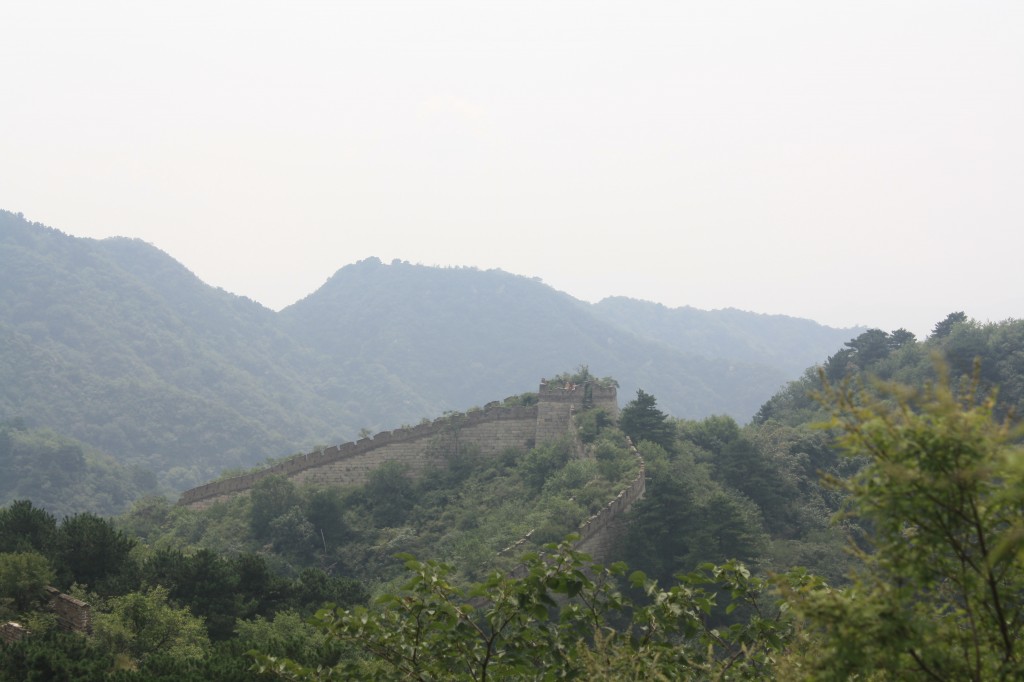 And I could see it stretching for miles like this. 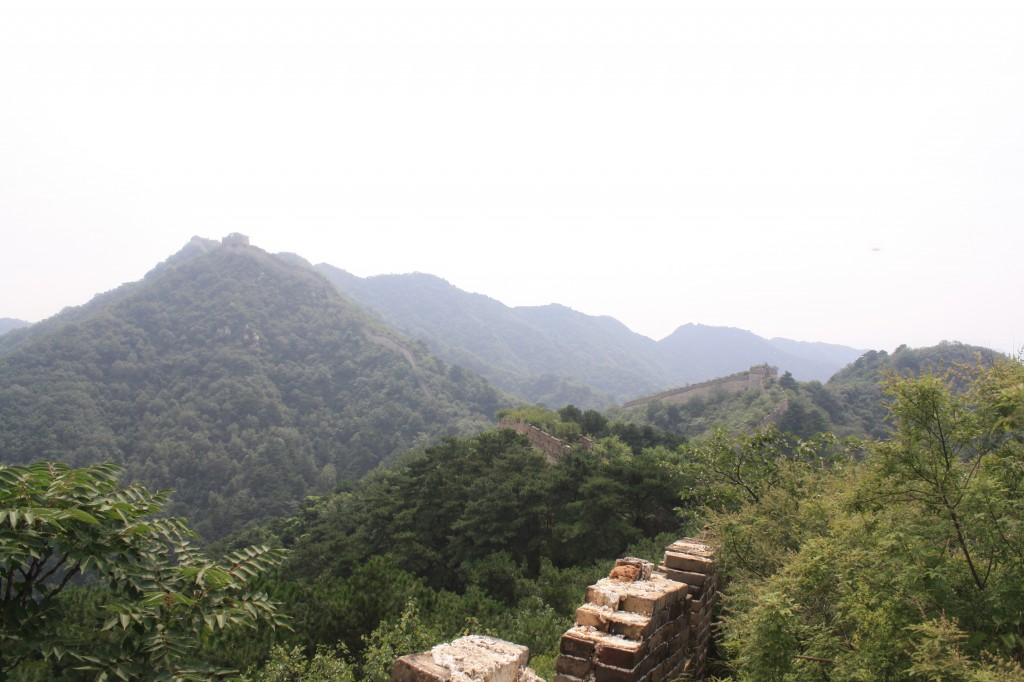 I’d found adventure. Or at least a small part of adventure. 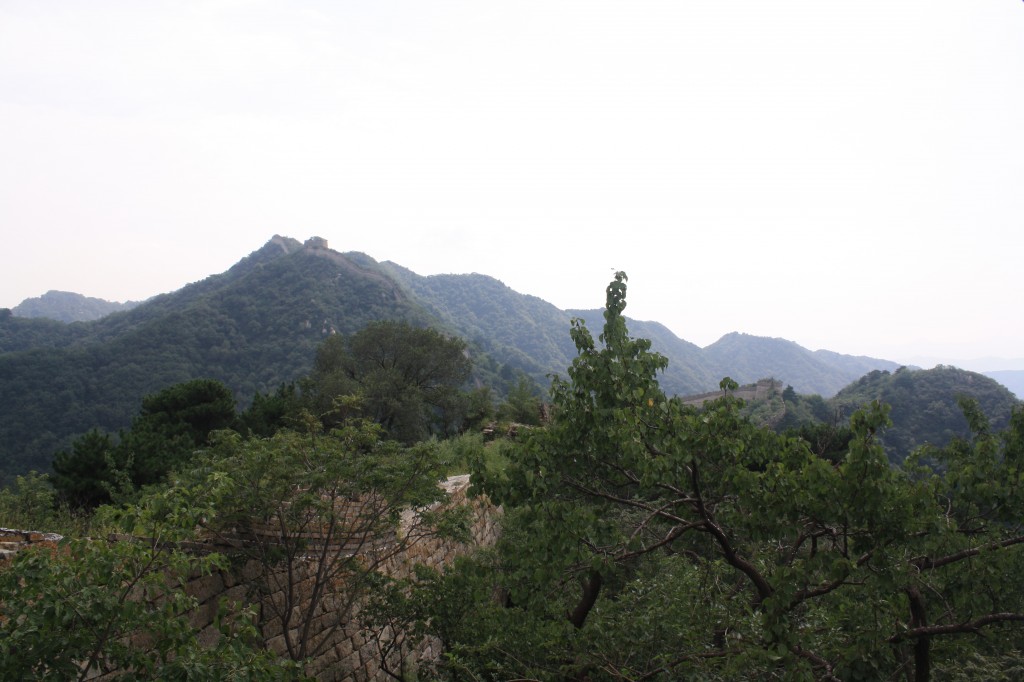 Parts of the wall here were absolutely unsafe, but if you are sure footed enough, you can get some stunningly, isolated views of China’s greatest tourist draw. 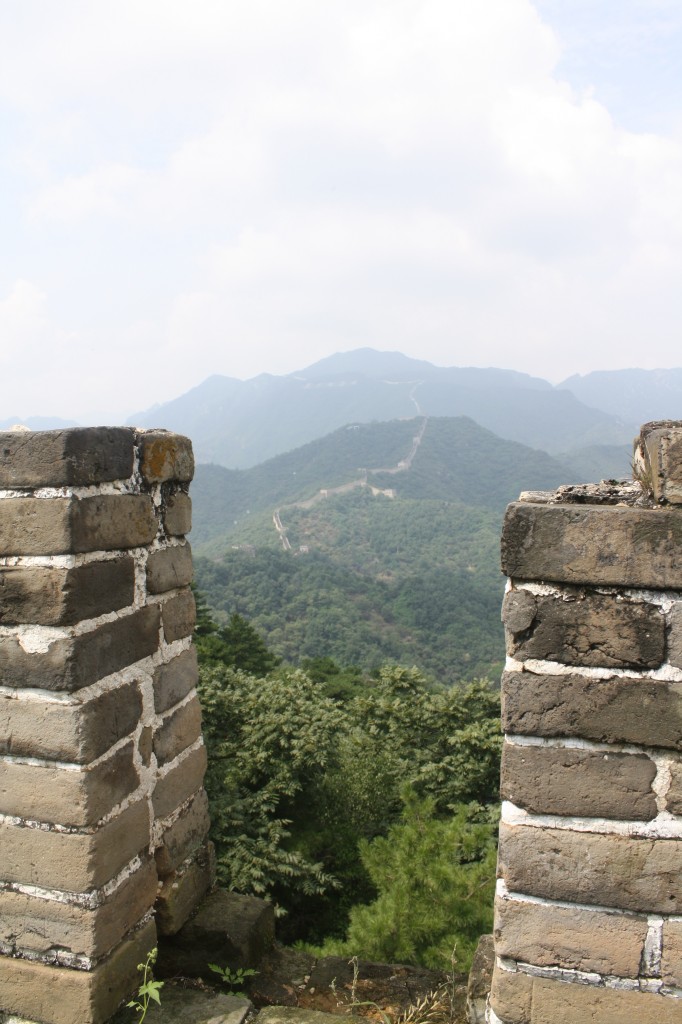 Despite how close it is to the main restored section, few seemed to tread here. It was a world away from the tourist trap of Badaling. It’s quietly peaceful and no one’s trying to hawk stuff to you at ridiculous prices, or make you pay to dress up as a Ming Dynasty Emperor for a picture. 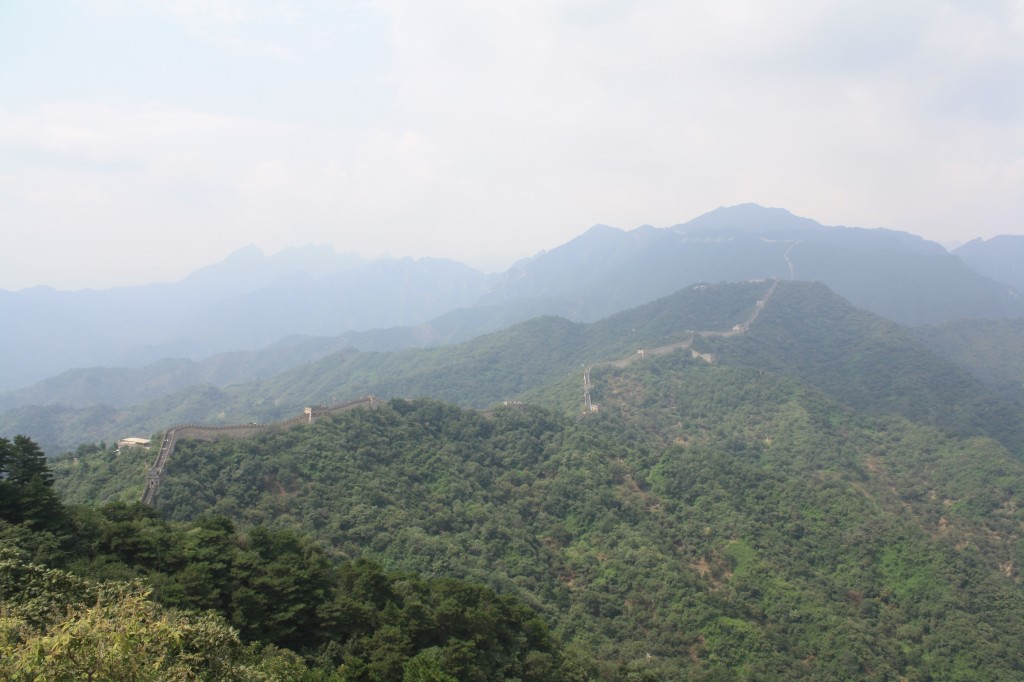 I don’t think I was meant to be there of course, but no one was around to stop me. 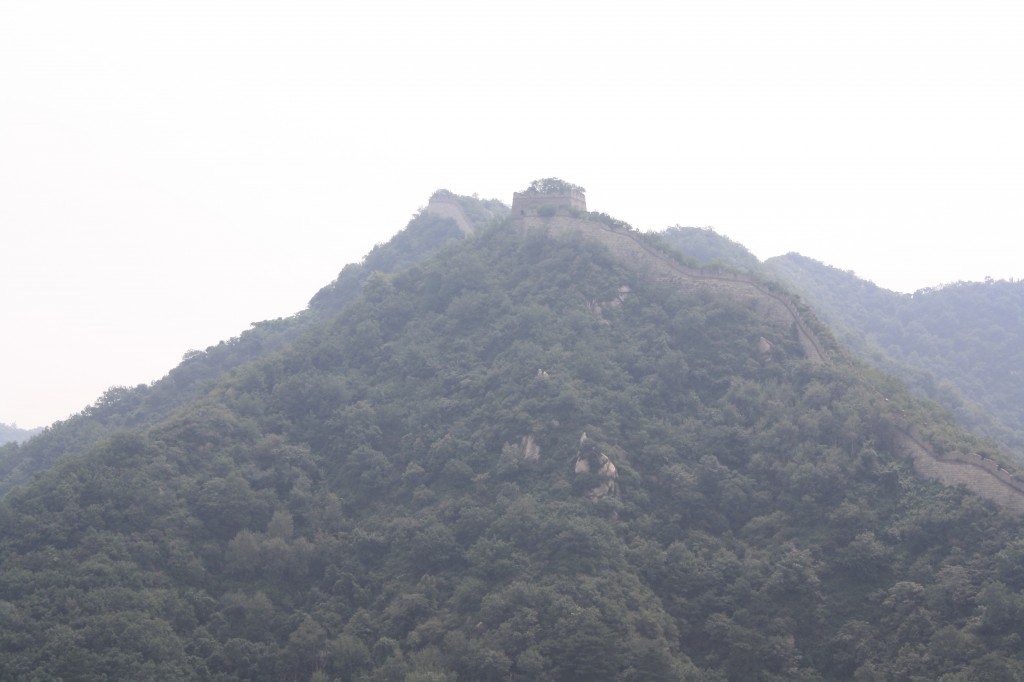 And leaving the wild ruins, I still got to take the bobsleigh down from the wall. Pure class. 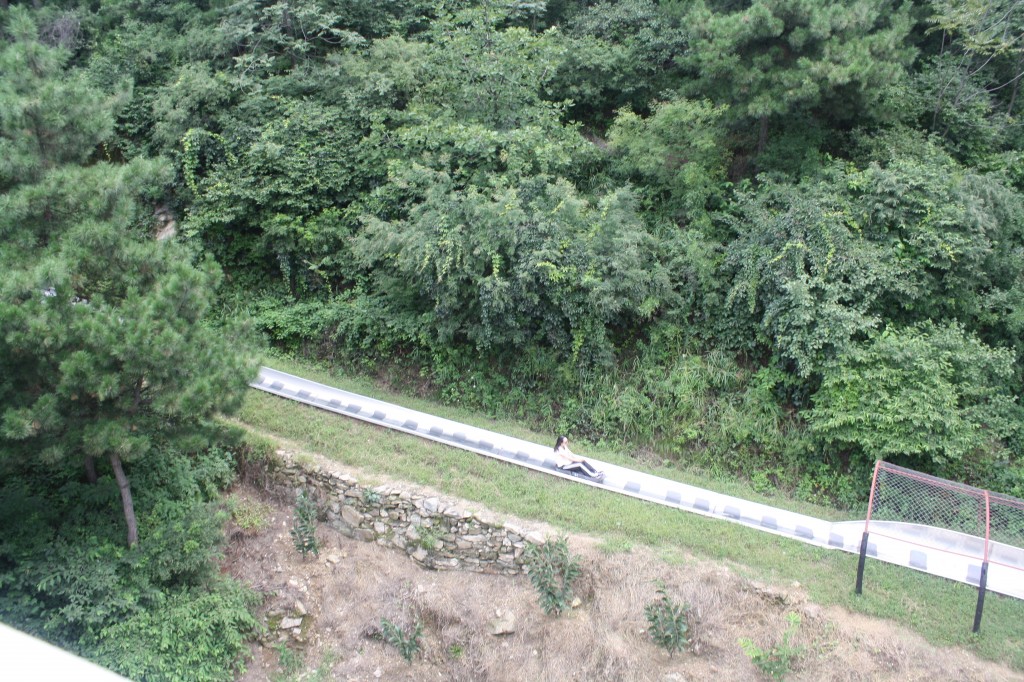 There are some great sections of The Great Wall which are ruinous, and much quieter than the busy section at Badaling. It takes a bit more effort to get to these parts, so if you are pushed for time like I was you may just have to sneak out the window too.

China Mike has a great guide on the rest of the spots along the Wall to visit and how to escape the tourist trap.

China’s Megacities: Why You Should Visit Them This Year