The Dark Depths of the Catacombs of Rome 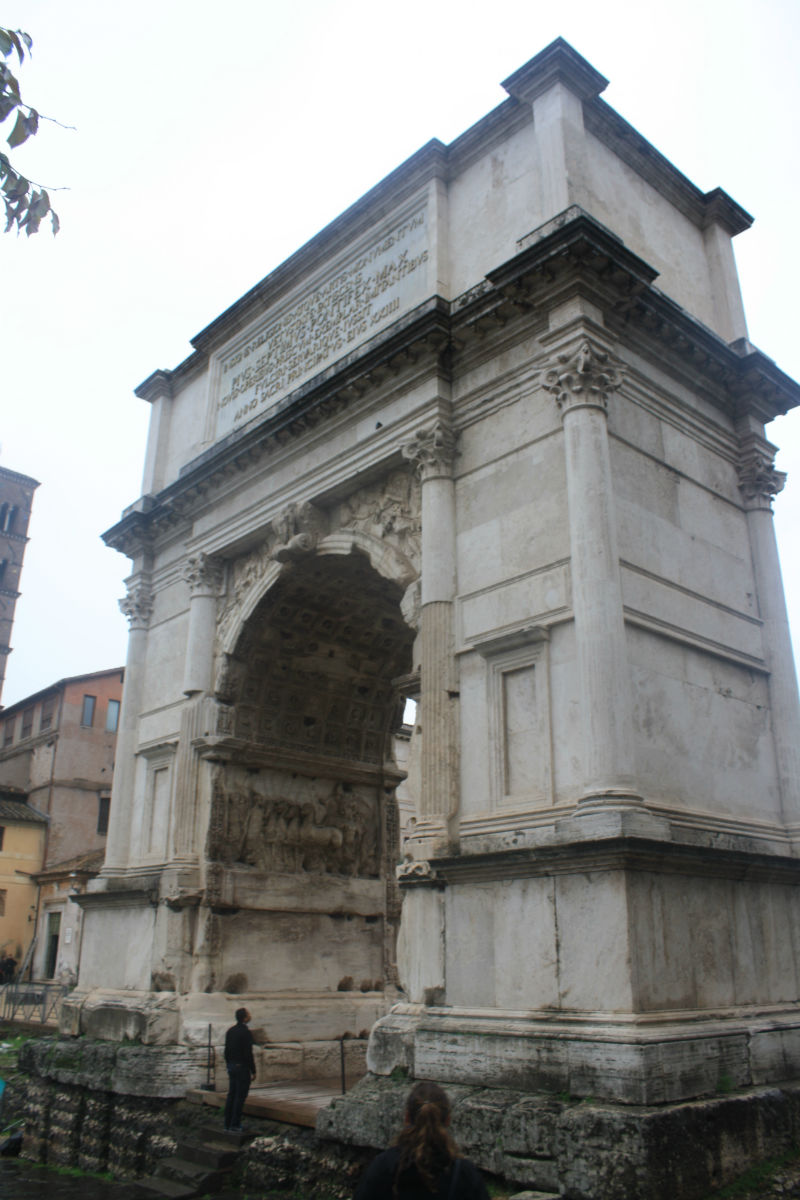 Rome is a city built on ruins.

Above ground lies a proud display of history, as Ancient Roman landmarks stand tall next to old Christian churches. Hidden underground, there lies a labyrinth of dark tunnels stretching beneath the city. Hidden in the depths of the catacombs of Rome, lies a darker history. 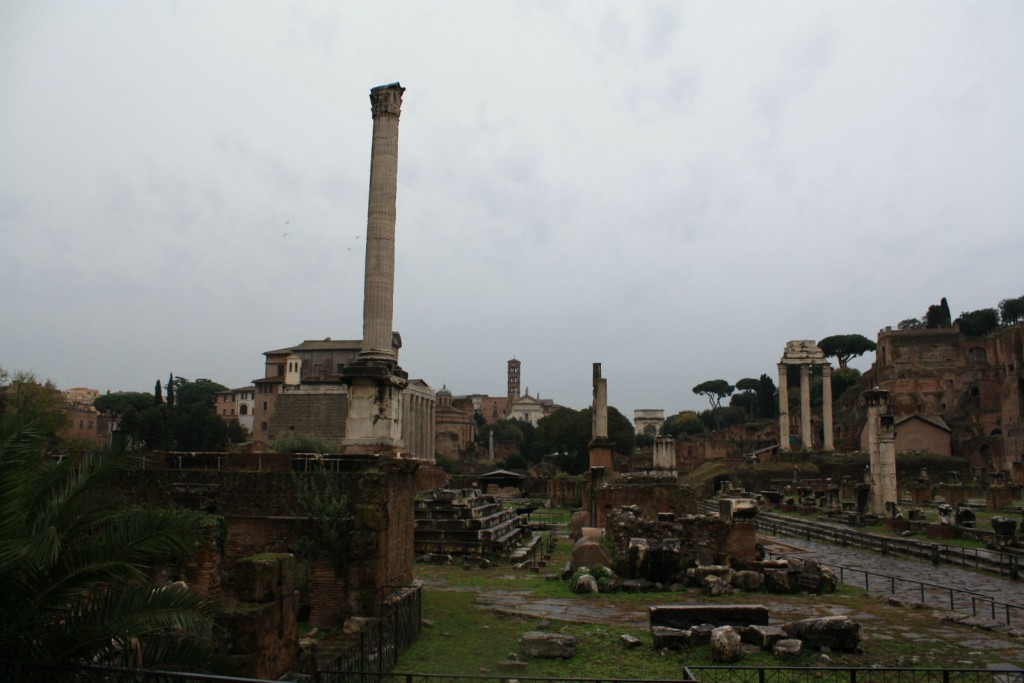 Beneath the Roman Forum and the arches of the Colosseum stretch mile upon mile of tunnels, catacombs and passages. Some have been explored, and more have been lost. Dating back to the 1st Century AD, these are the burial chambers of early Christian believers. 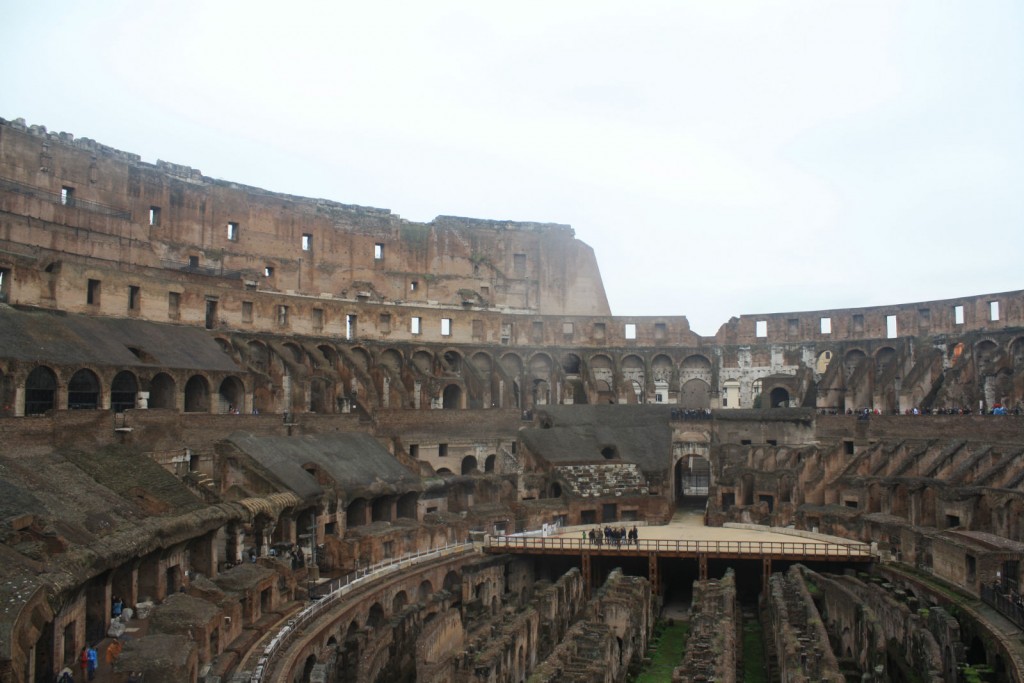 The Vatican attracts the tourists, its crowded corridors filled to bursting, its halls and chambers filled with the famous relics and paintings of Christianity; but past the Aurelian Walls, and hidden underground is where the Christian religion held on precariously in its first days.

I was visiting the Catacomb de San Callisto, an extensive collection of tunnels excavated from the volcanic soil almost 2000 years ago and for centuries the burial place of the first Popes. It was also a haven for the persecuted, a place where Christianity could be practiced away from the threats of the city. 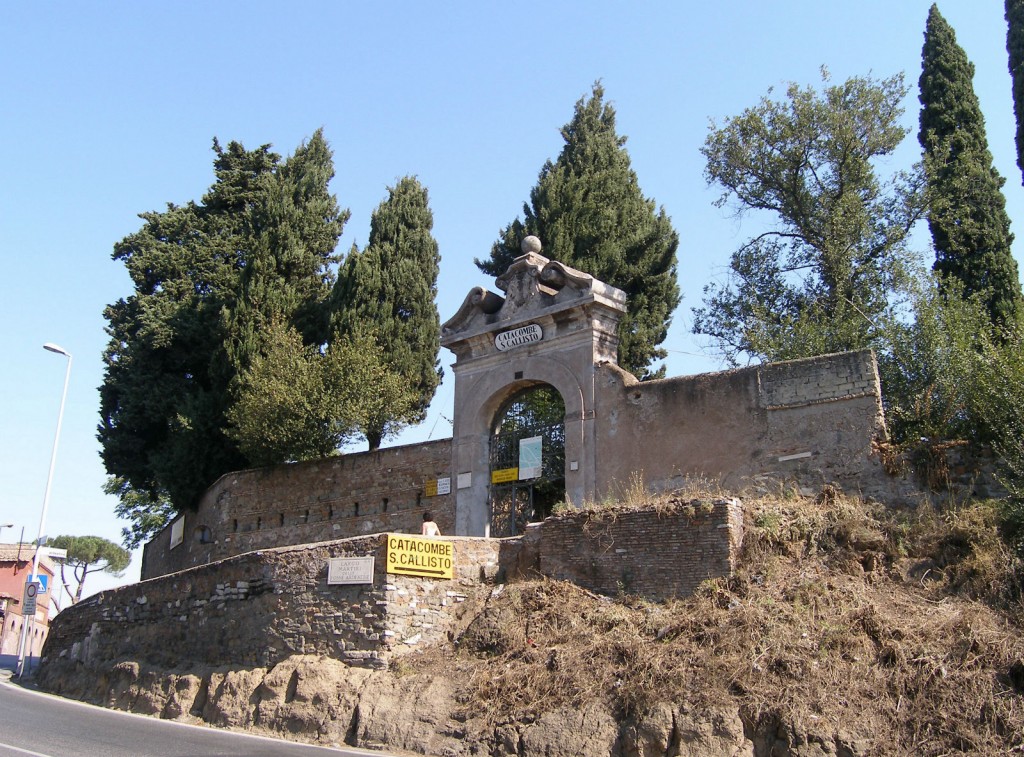 Almost 12 miles in length, these passages cut deep into the soil. The entrance to the catacombs is hidden away, off the Appian Way- the ancient Roman road- the same road along which Spartacus’ slave army was crucified after their defeat to the swords of the Legionnaires. Early Christians were themselves slaves for the most part, and lacking any land of their own, they were forced underground in order to bury their dead.

This is one of the more accessible catacombs of Rome- the tunnels have been widened and the ceilings extended in places to allow the taller frames of modern people in- but it’s still a dark and confined place. I was led underground by a priest/tour guide, one of the holy men charged by the Vatican with the preservation of these burial sites. The light slowly disappeared as we walked further down, replaced by the shallow electric lights placed intermittently along the walls.

It felt more like entering a mine shaft than any sort of religious relic, but my guide began to point out the religious symbolism carved into the walls- fish, loaves and inscriptions in the ancient Greek language. 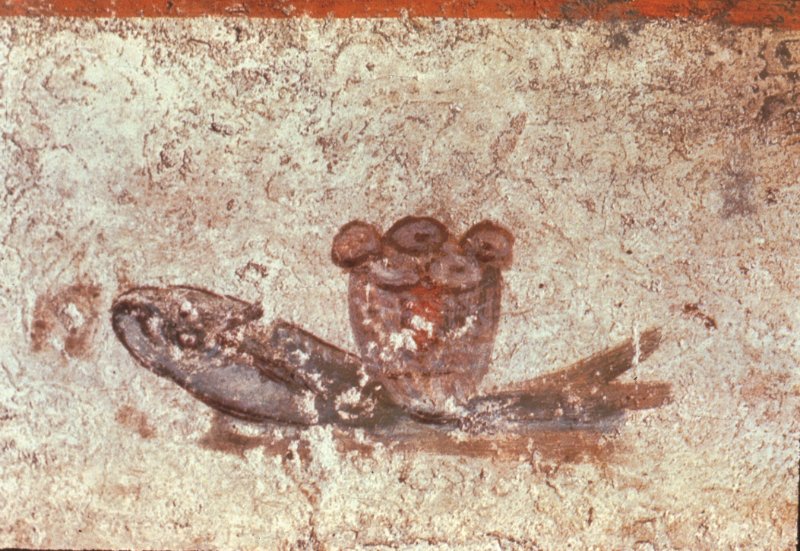 The corridors seemed to extend themselves endlessly through the earth, branching off to form an unnerving labyrinth.

Carved into the walls were were shallow chambers. They were stacked from the floor to the ceiling, along the length of the tunnels. I walked past several of these before realising that they were all roughly the size of a small person. My guide began to explain that these were in fact the burial chambers themselves, and there were many of them. 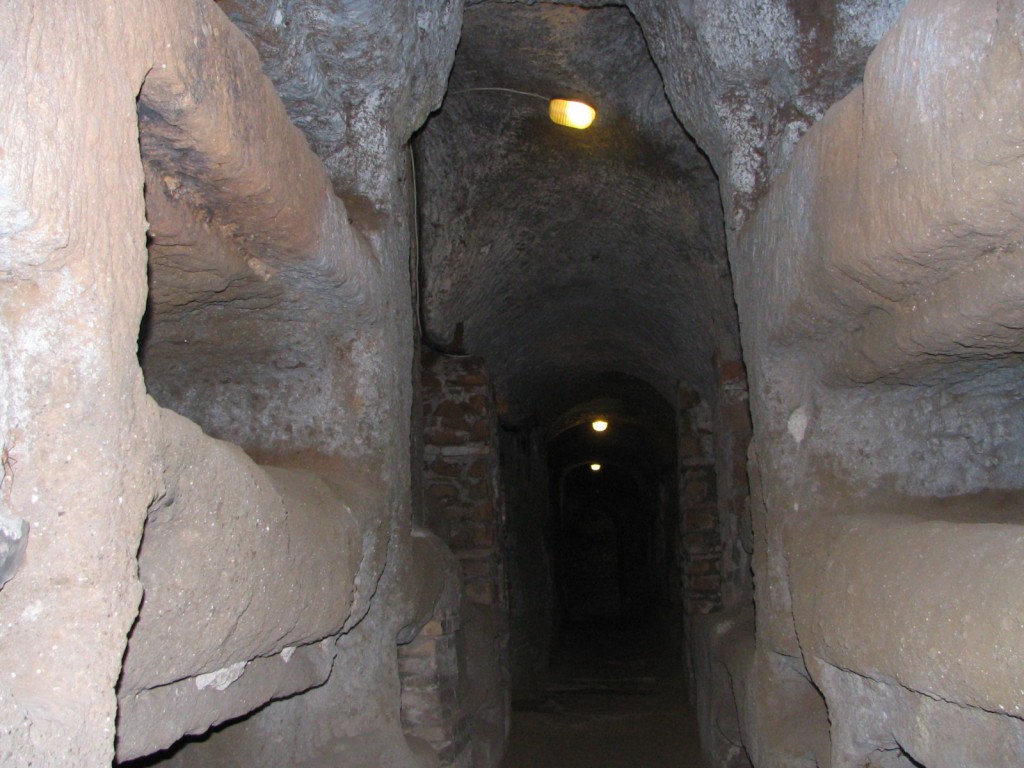 I was led further into the catacombs, the intimidating darkness encroaching constantly, as the empty burial slots never seemed to end. All the bodies had, over the centuries, been removed from their places of rest.

There were a few larger caverns dug out of the walls, large enough for several people to stand hunched over in. These contained marvelous frescos and wall paintings, depicting the early Christian stories of Jesus. Underground mass would be held in these small rooms at times when the local Christians feared persecution at the hands of the Romans.

But the Christians weren’t as persecuted as perhaps was later exaggerated, and while the catacombs give the impression that they were forced to live underground, this wasn’t always the case. They were more of a necessity, giving believers the space to allow for burials, and eventually for their perceived resurrection. Except in the few extreme times of persecution, the early Christians were generally tolerated and in AD 380 Christianity was even made the state religion and the use of the catacombs began to decline.

I walked through the dark corridors, lost to the underworld of these burial chambers, and the tunnels suddenly opened out int a spacious cavern.  This was the grandest chamber in the catacombs, the Crypt of the Popes, which held the bodies of popes and martyrs. The Popes were removed, as were most of the relics when the threat of invasion caused panic.

The Crypt of the Popes Image courtesy of Dnalor_01

The catacombs were sacked and plundered by the invading Germanic tribes, in search of hidden treasures. What was left was gradually taken by the Catholic Church and preserved around the churches of Rome. There still remains though, the catacomb’s dark, yet deeply intriguing history.

Intrigued? Then find out more about the catacombs of Rome here.

The images of the catacombs in this article have been sourced, due to the fact that my guide forbade photography underground for preservation purposes.