I Snorkeled Between Tectonic Plates in Iceland 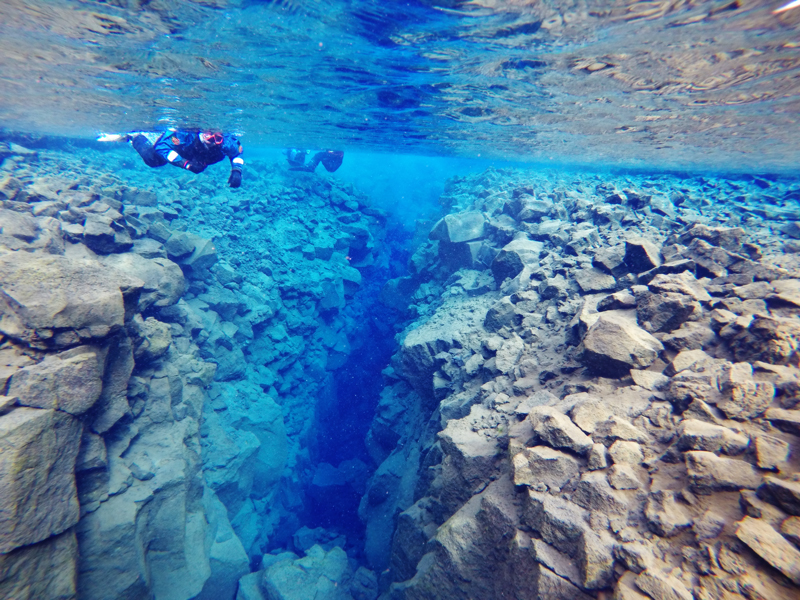 Iceland is hardly the first destination which comes to mind when you think of snorkeling.

But in Thingvellir National Park tectonic activity has formed a rift, which is filled with pure glacial water. And what better place to snorkel than between tectonic plates? 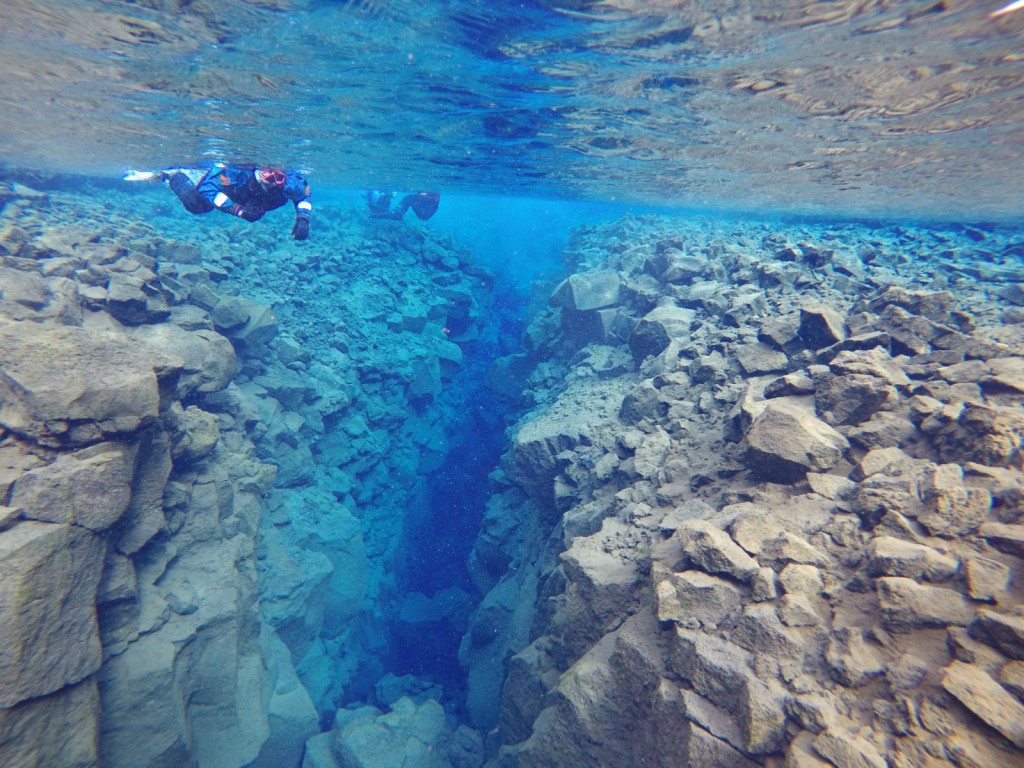 It was a cold. So very cold. Frost clung to the ground and the wind was biting into every inch of my frozen body. During the short journey from Reykjavik to Thingvellir National Park the weather had turned arctic, and snow storms had whipped along the road for miles at a stretch. 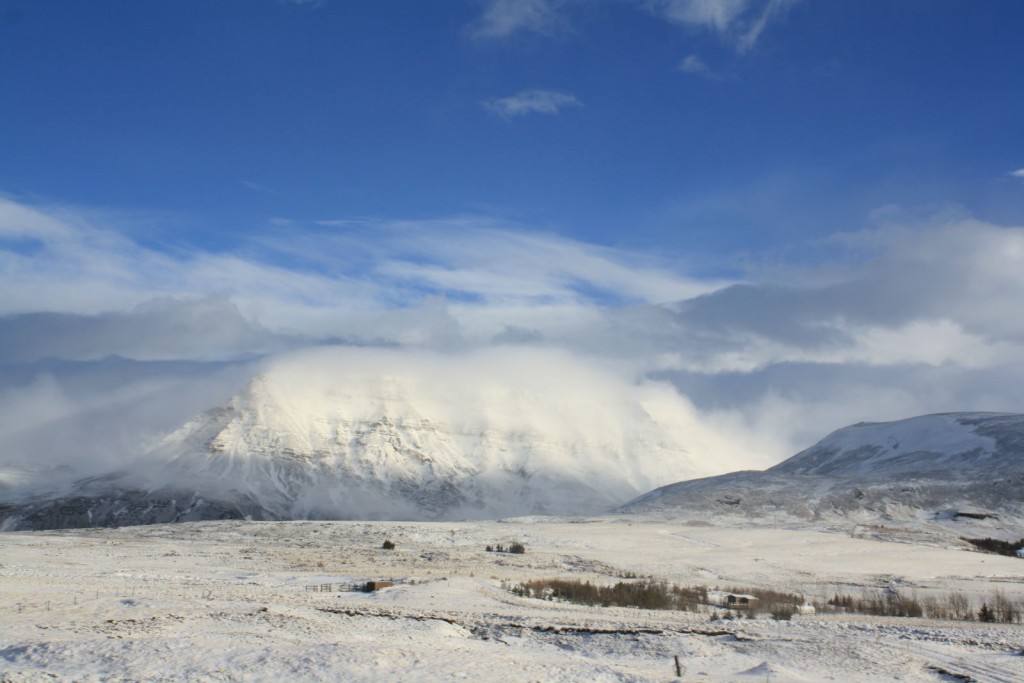 I was now stood in the open at the Silfra Fissure, facing the full fury of the Icelandic elements as I struggled out of my warm winter clothing and into a dry suit. 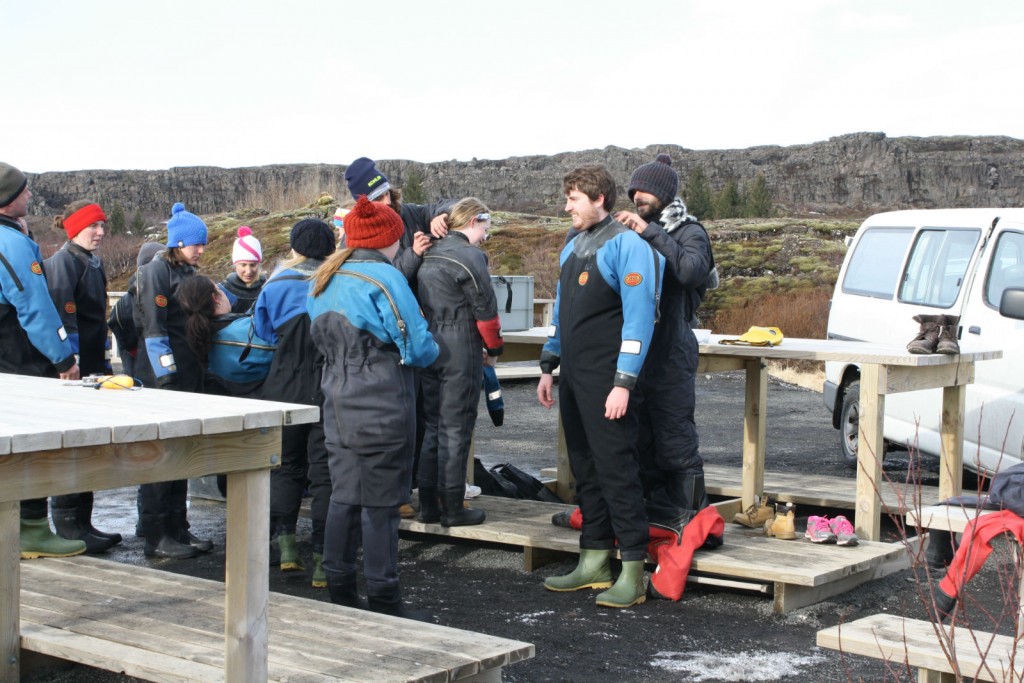 While the shivering participants questioned the existence of warmth, Richard- our snorkeling tour guide from Arctic Adventures– explained that the water we were soon to ludicrously throw ourselves into would in fact be warmer than the temperatures we were experiencing now. In the circumstances this seemed like a ludicrous statement to make- perhaps he was just trying to comfort us all before the inevitable plunge into the water, which no one at that point could quite believe would make us warmer. 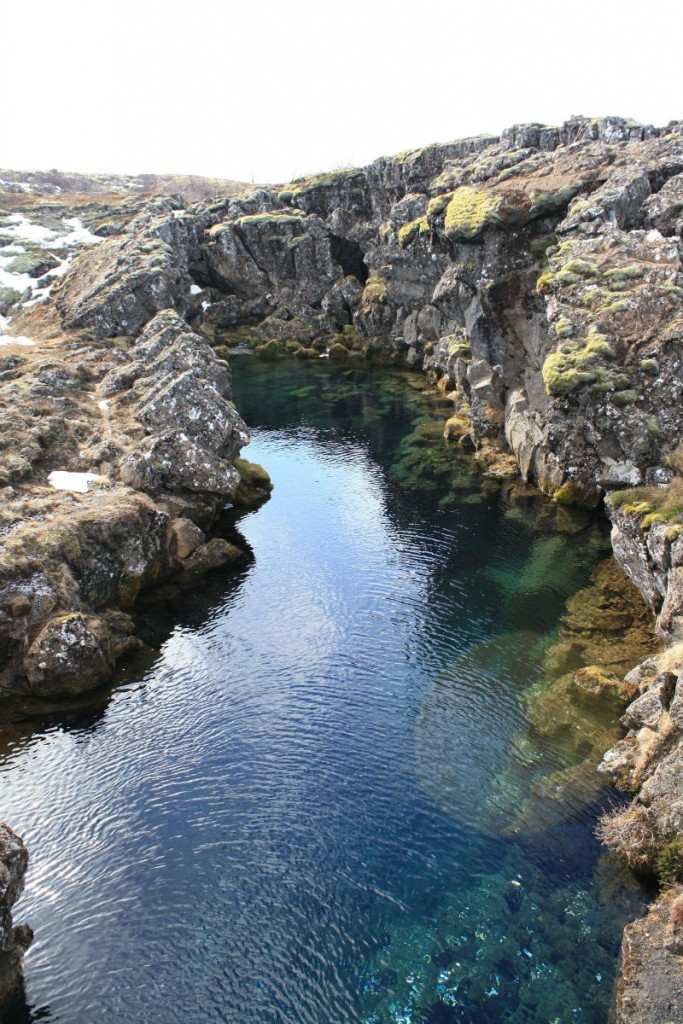 But Richard began to back up his assurances by explaining that the water in the Silfra Fissure we were to snorkel through was a constant temperature year round- between 2 to 3 degrees Celsius. The fissure itself, he said, is the result of the North American tectonic plate slowly drifting away from the Eurasian plate. Right now, we were effectively stood between 2 continents, and the gap was widening at around 2cm per year. And over there in the distance, he added as an afterthought to the detailed Geology lesson he was giving, was where a scene in Game of Thrones was filmed. 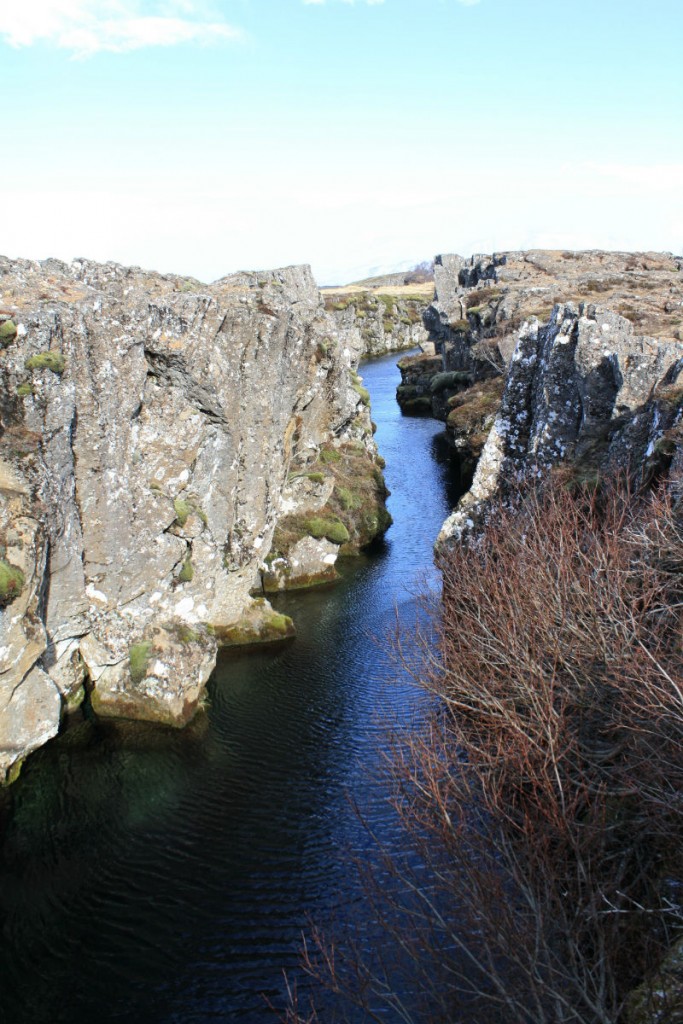 Silfra is in excellent surroundings. Located just outside of Iceland’s capital Reykjavik, it is part of the Thingvellir National Park. To Icelanders this is a place of incredible historical importance- it’s the sight of one of the oldest parliament’s in the world. after the first settlers arrived from Scandinavia in the late 8th century AD, the first Althingi- or assembly- was held here to govern the land fairly. This lasted fairly continuously until things were moved to Reykjavik in the 17th century. 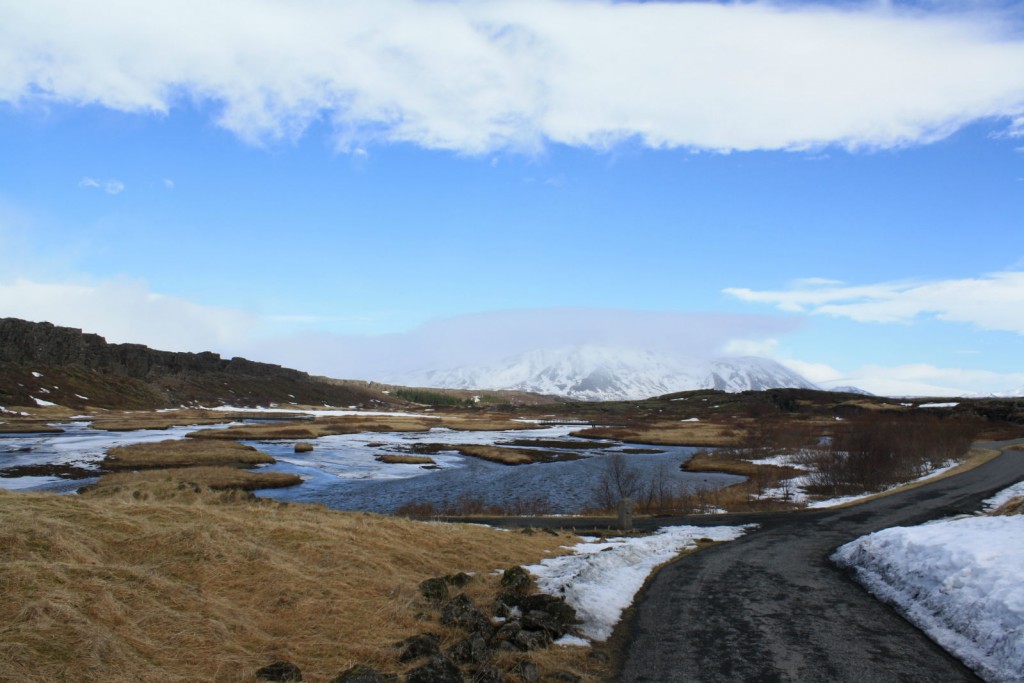 As we struggled into our constricting dry suits, Richard continued the outstanding history of this UNESCO World Heritage area. Then, when we were all suited up, he warned us not to go to the toilet in the suits. If I’m honest, the cold was by this stage so biting that any option for added heat was inviting. 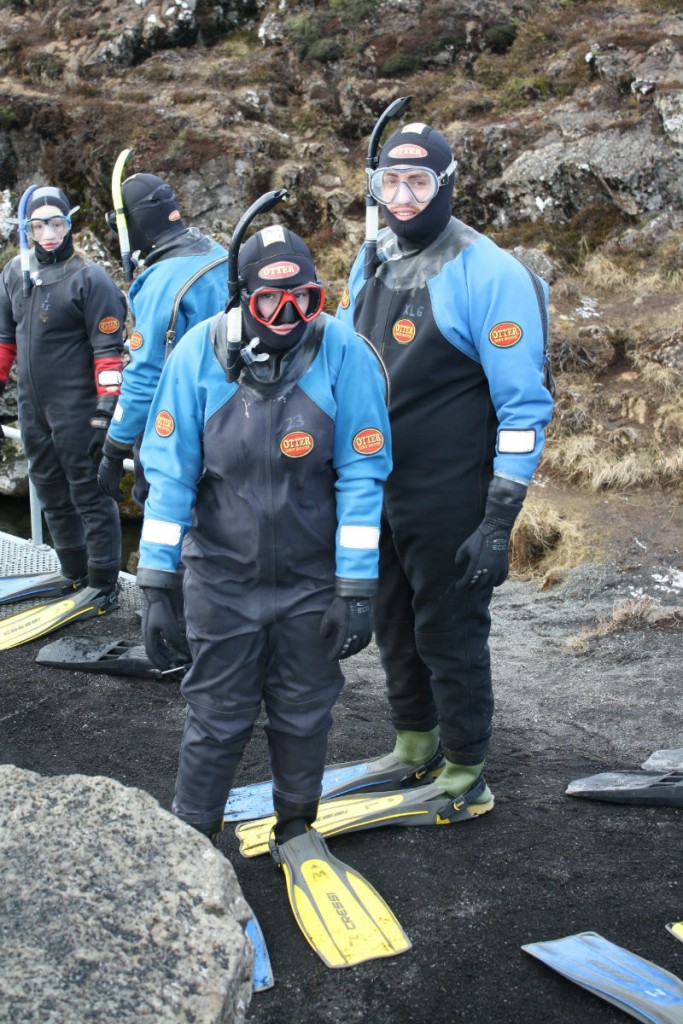 Suitably attired for a snorkeling jaunt between tectonic plates, I waddled my way to the fissure. Things were ridiculously cold by now, and I was hoping the water really was as warm as was claimed. Even 2 degrees Celsius was better than freezing. 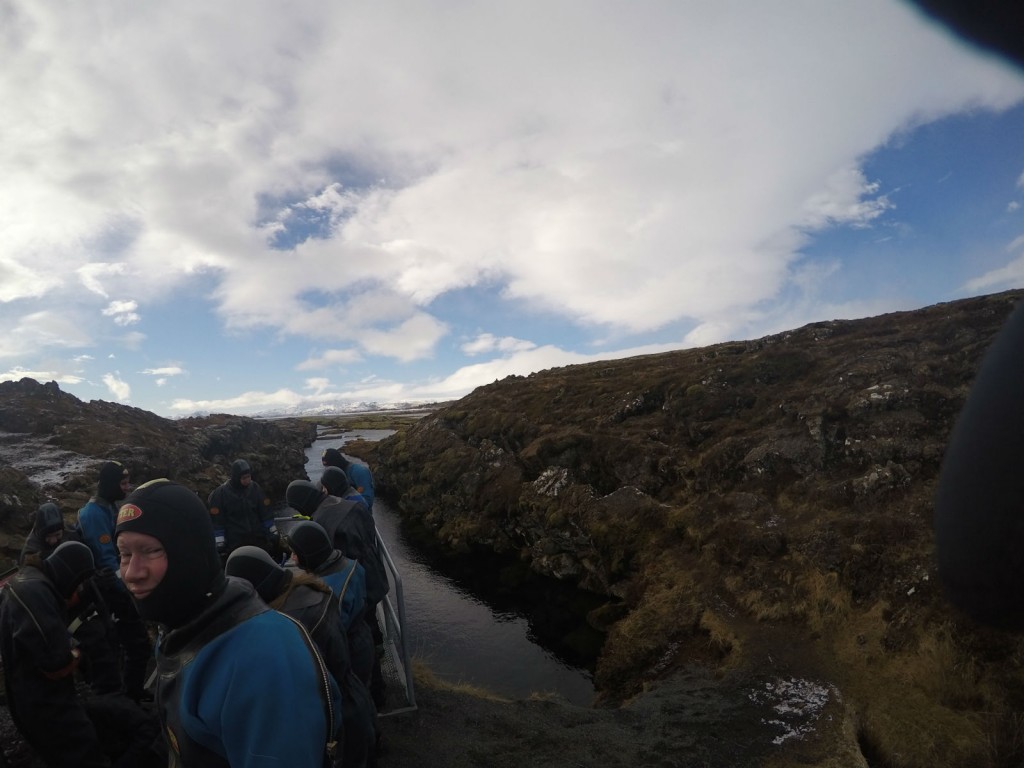 I was in a group of ten or so snorkelers, and one by one we climbed the metal staircase into the fissure and plunged ourselves into the water. It was cold, but not the freezing temperatures I had envisaged. It seemed liked a tropical 2 degrees after all. 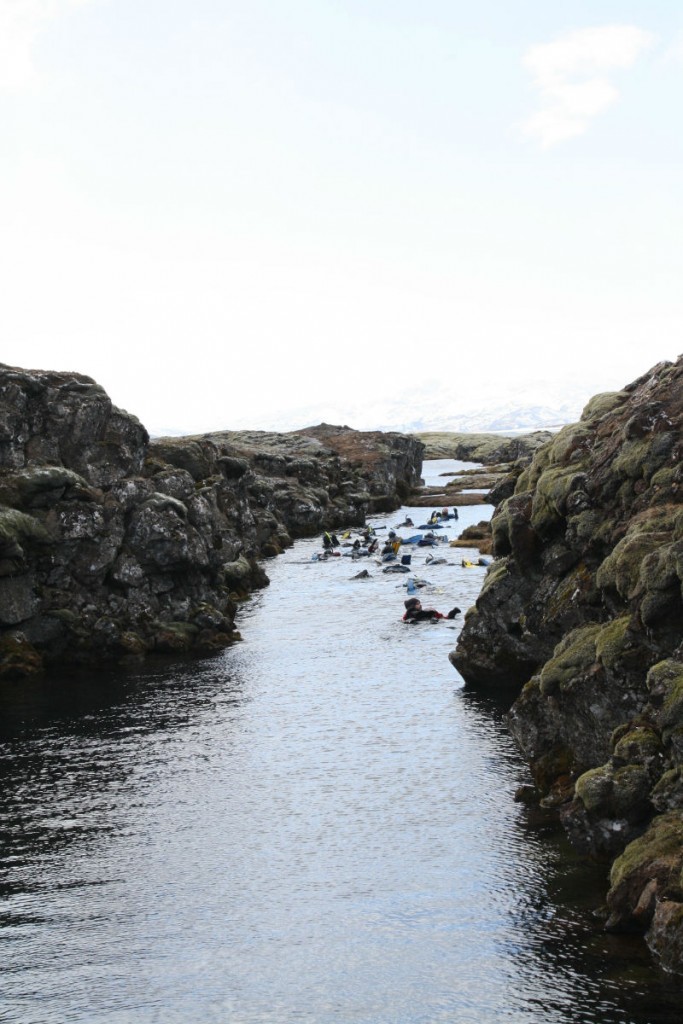 There wasn’t much grace involved in the entry. The dry suit was outrageously buoyant, and I struggled around in the water, an ominous cold feeling slowly seeping into the under layers too, as I realised that the suit might not have been as sealed as it should have been.

Then, with mask on and snorkel in place, I rolled over in the water so I was face down. And the first view made all the struggles in the cold worth while. 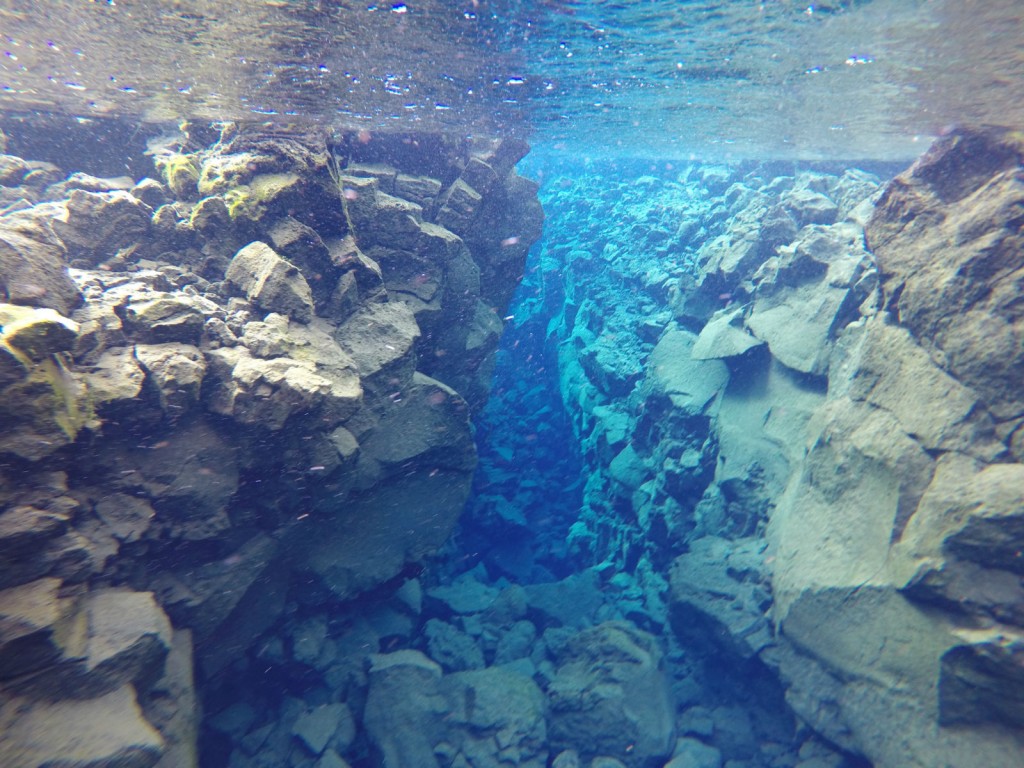 The water at Silfra is so clear that the visibility is astoundingly good. Along the whole length of the fissure, the visibility never dropped even a metre.

The view was remarkable. 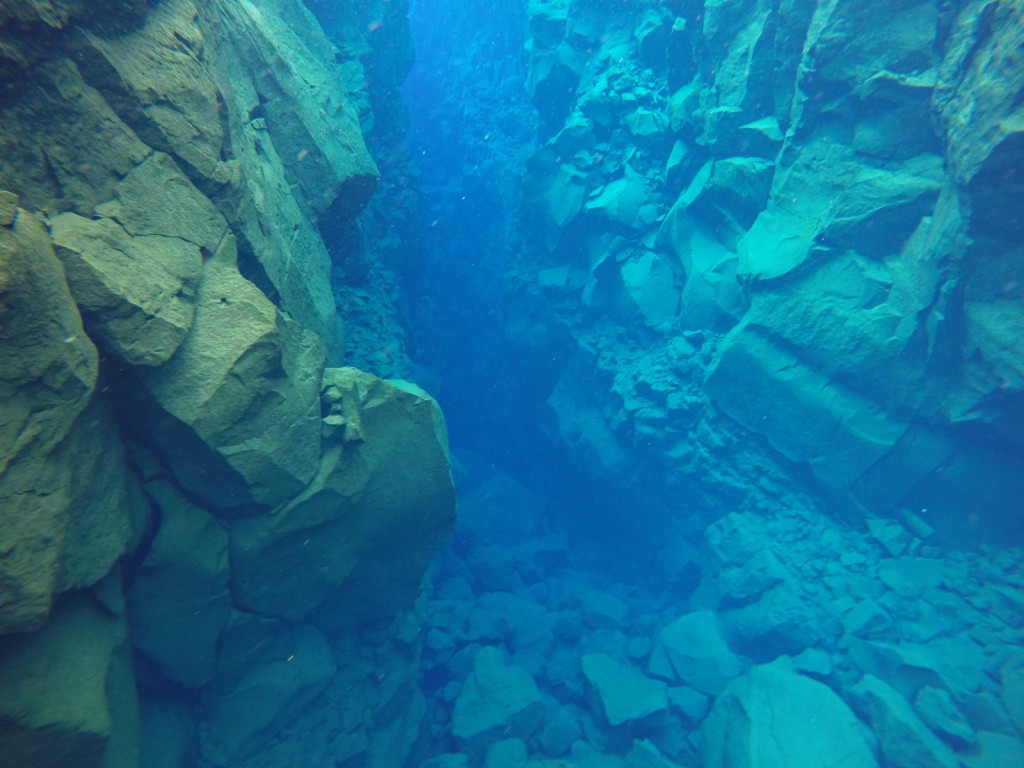 The water is glacial. You can quite literally float along and drink as much you wanted to. It’s the purest mineral water you might ever taste. 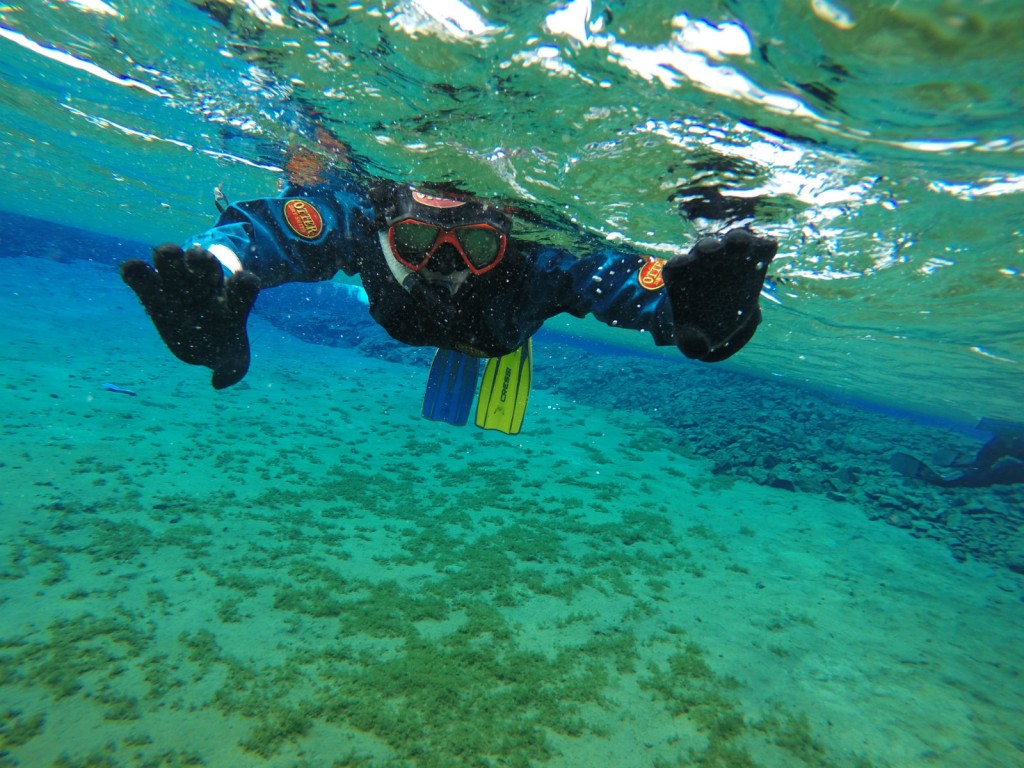 The purity and temperature are due to the fact that the water- which runs from a nearby glacier- is filtered for years through underground lava fields before entering the fissure. 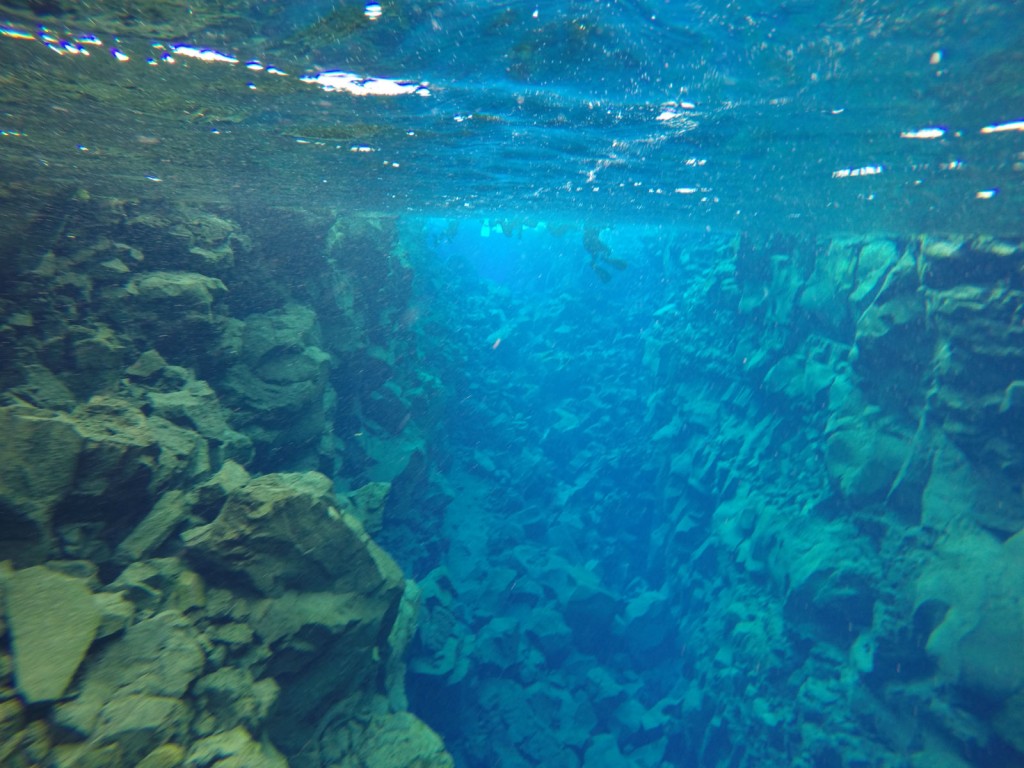 There’s no marine life in Silfra, but the vivid blue and green hues in the water are caused by algae which cover the rocks and create the intensely bright colours. 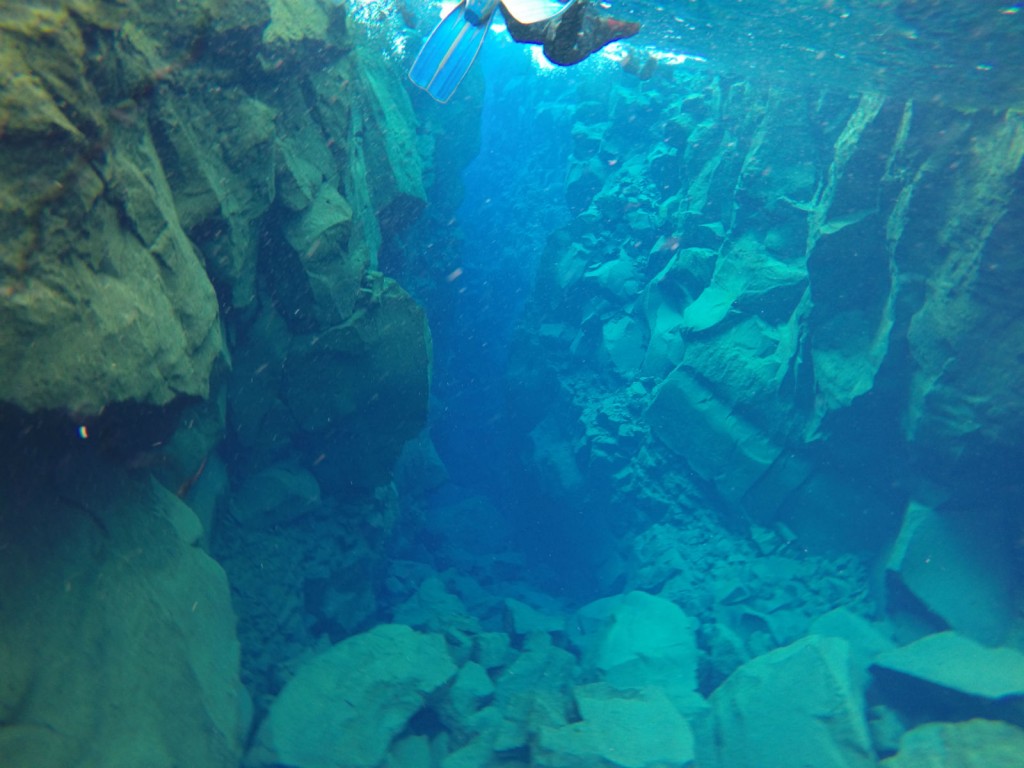 Parts of Silfra are deep enough for diving tours, if snorkeling isn’t quite intrepid enough for you.  As I swam along, the route we were taking slowly shallowed out. 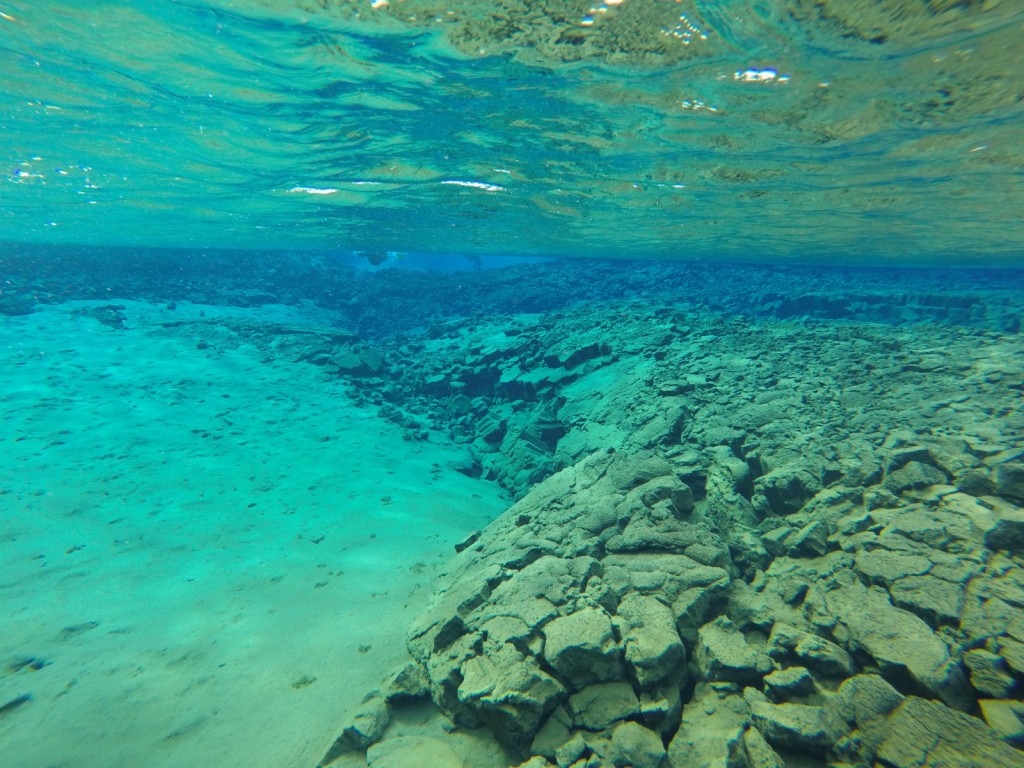 After a good half hour in the water, my face was numb. We were at the last point in the trip, but the aquatic marvel I was swimming through couldn’t be left so easily. 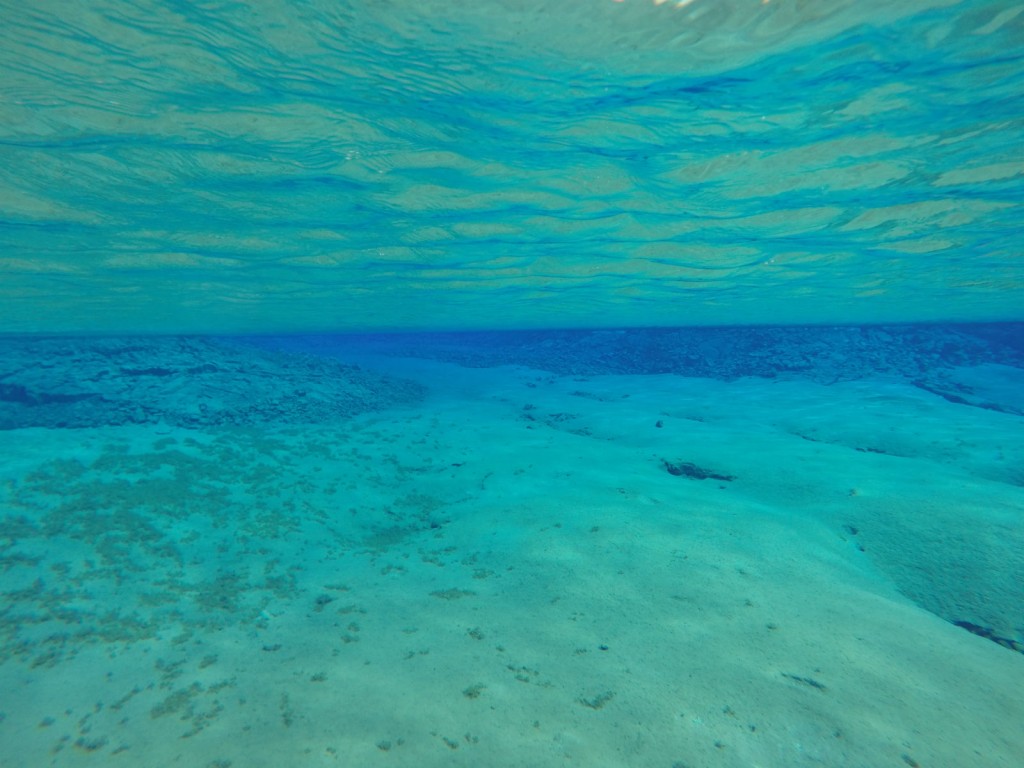 My dry suit wasn’t quite doing it’s job, and had slowly filled with water. It wasn’t just my face that was going numb now. 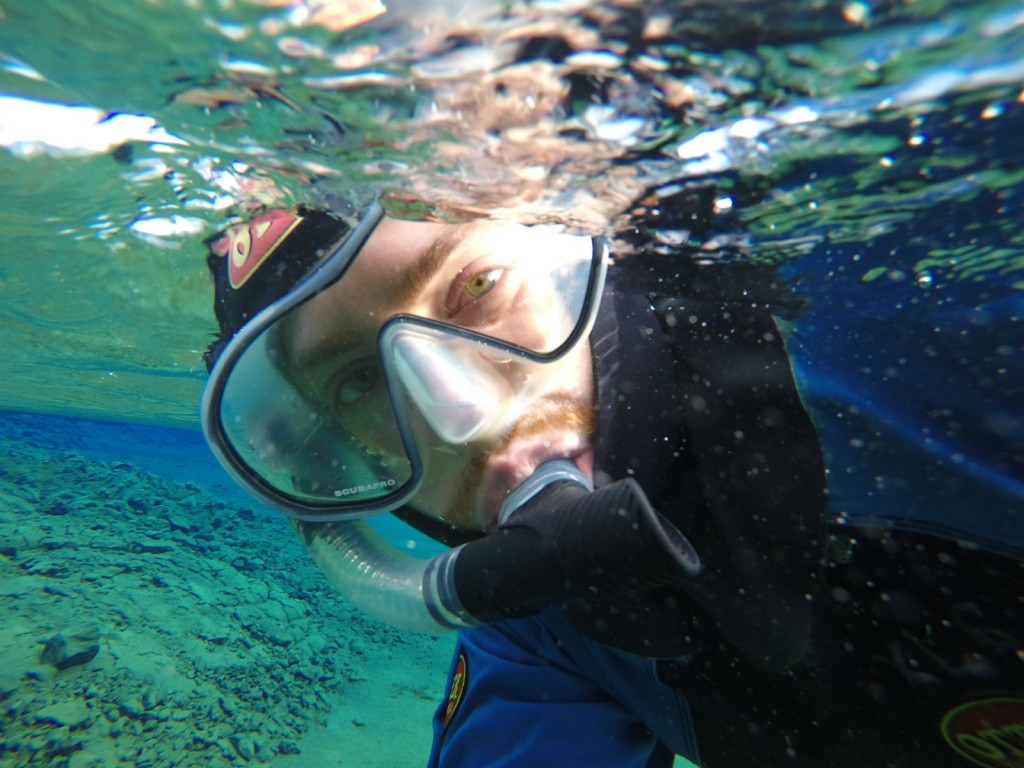 When I pulled myself out of the water, the cold hit me harder than at any point in the fissure. The wind was whipping across the rift and it was freezing as the water began to pool in the bottom of my suit. 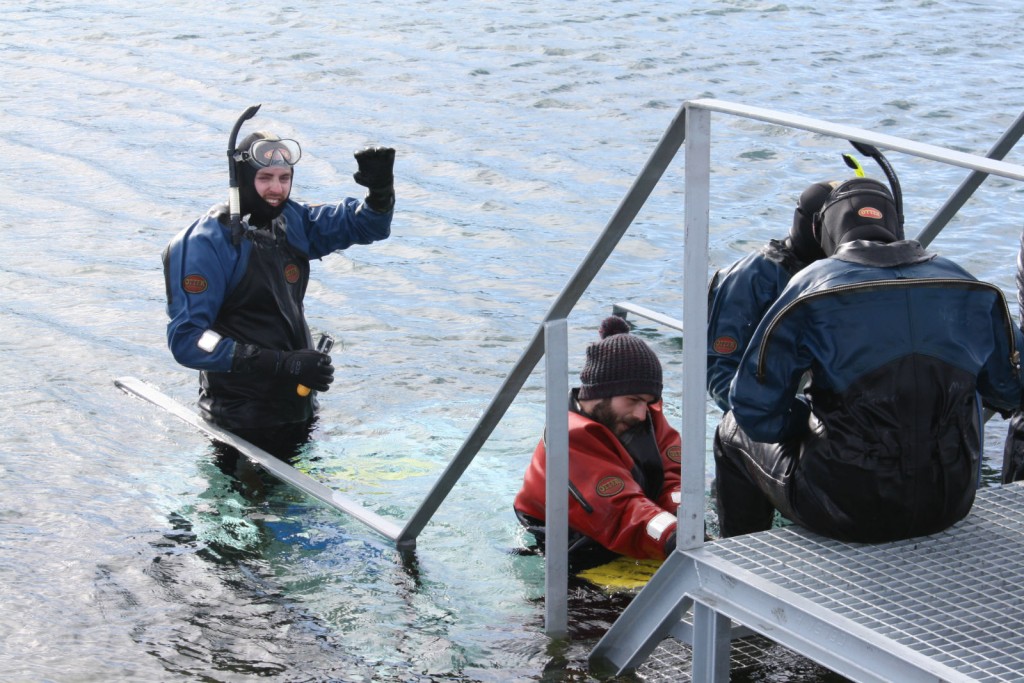 Mine was a colder experience than most, the suit hadn’t sealed tight enough, and rather than keeping me dry turned into more of a wet suit. 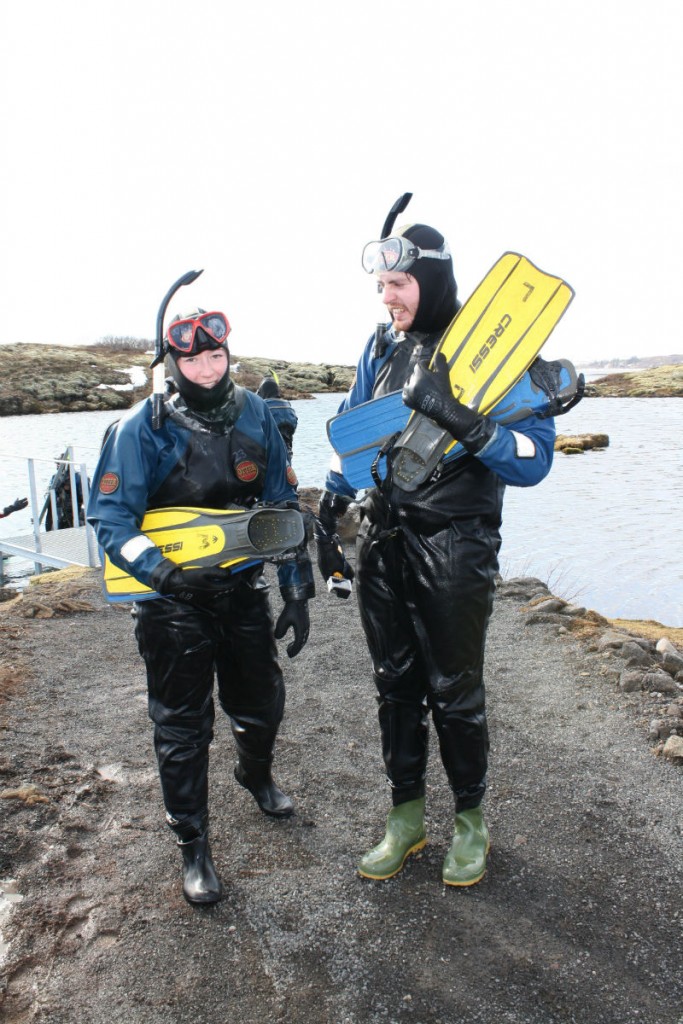 The team from Arctic Adventures were on hand though, with hot chocolate and marshmallows to warm us up.

I was cold and wet, but now I could say that in Iceland I had snorkeled between tectonic plates. You can’t ask for more than that. 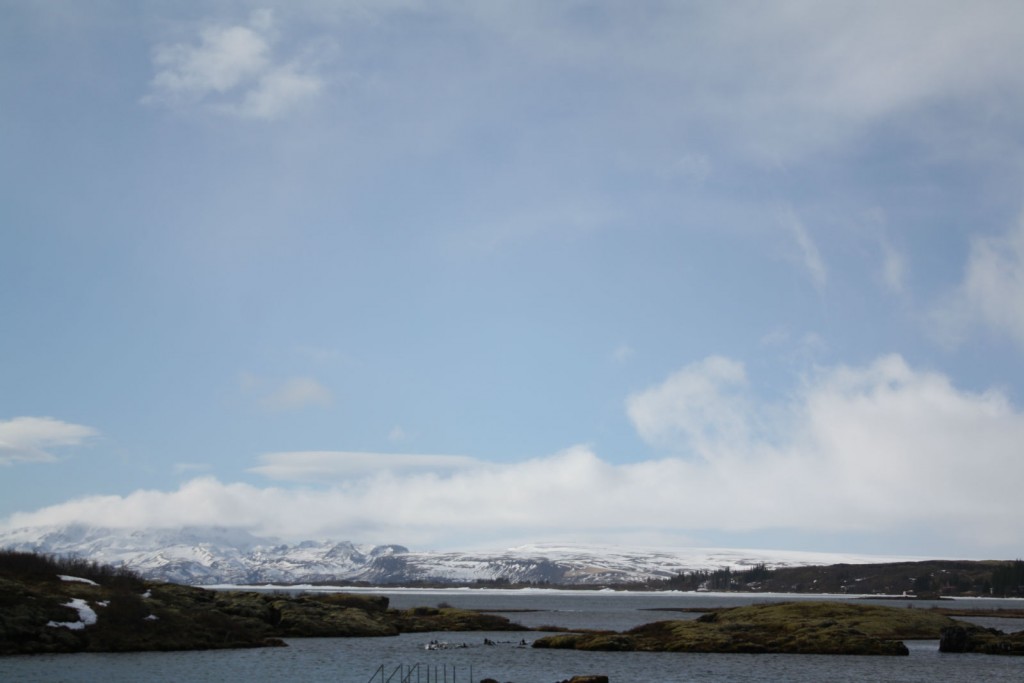 The snorkeling tour at Silfra was run by Arctic Adventures. They provide the gear and hot chocolate. You just need the ability to float along the fissure and bear the cold.

Iceland Off The Beaten Track