I Joined the Budapest Shooting Club 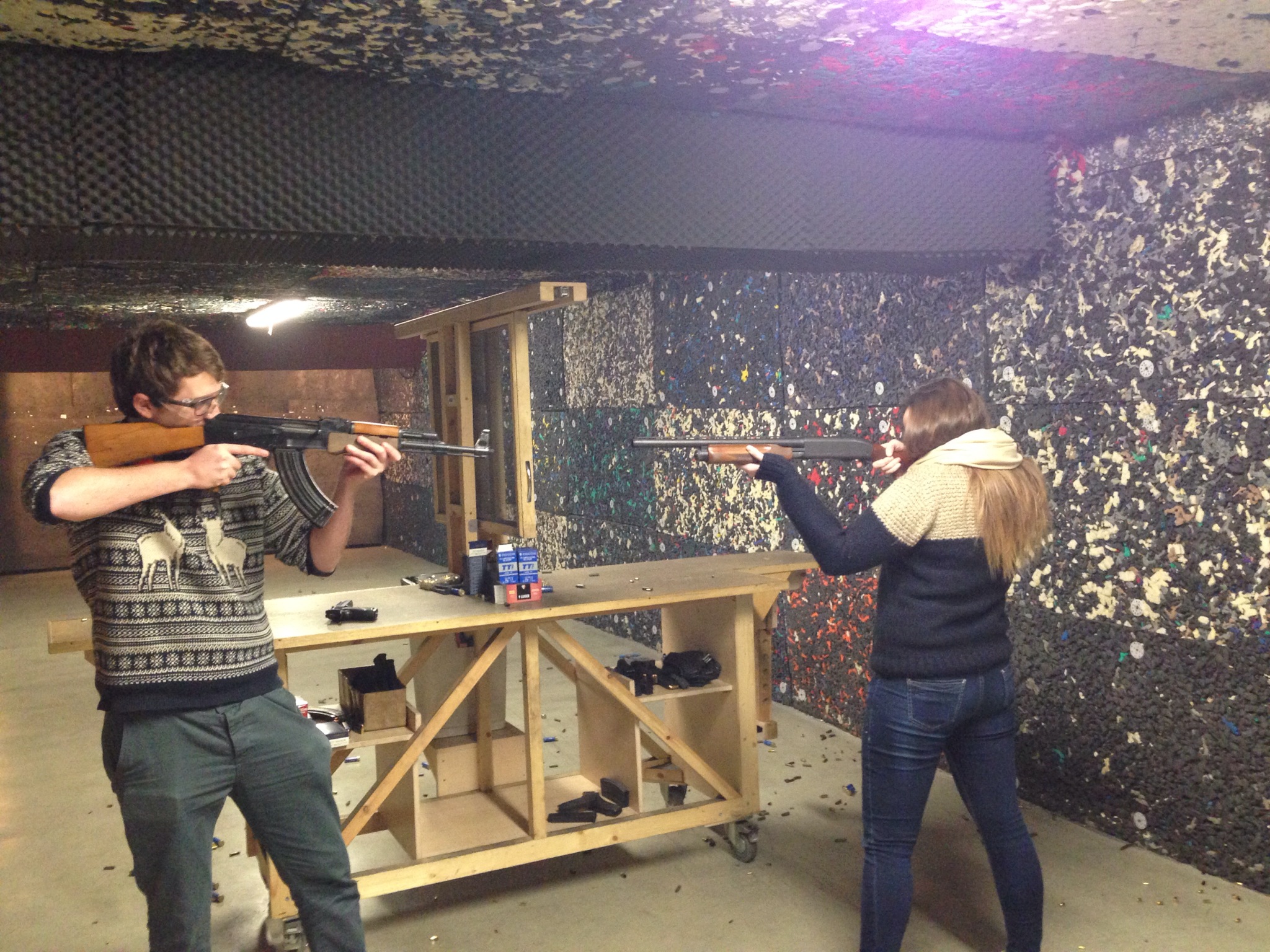 Budapest, a city renowned for its architectural and scenic beauty.

The River Danube cuts gracefully between the city’s two opposing sides, Buda and Pest, while thermal waters bubble up through fissures in the earth to create natural hot springs all over Hungary’s capital.  The views over Budapest are stunning, cultural attractions and museums are abundantly accessible, and the city is steeped in history for the erstwhile visitor to explore. And there’s a lot of guns to shoot if you know where to go. 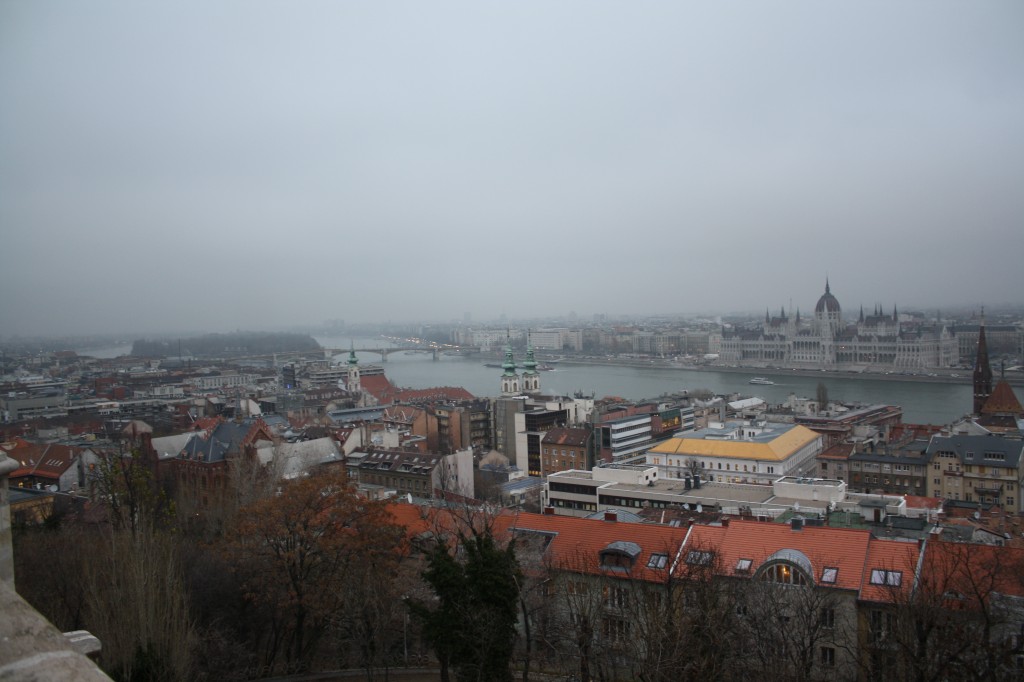 Having exhausted my share of  Austro-Hungarian buildings and monuments,  I decided to seek out a pursuit decidedly more gentlemanly in nature than architectural voyeurism. It was, of course, time to pay the Budapest Shooting Club a little visit.

After all, what sort of visitor to this graceful European city could possibly pass up the opportunity to shoot some ex army issue, Soviet era shotguns? 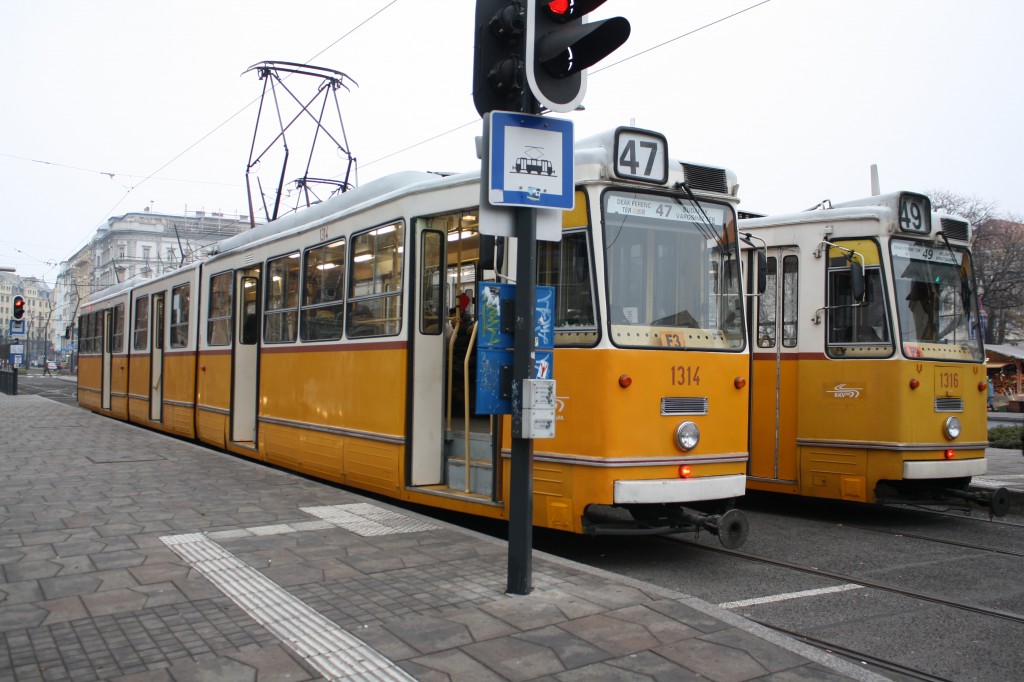 Soon at the end of the tram line, I switched transport to a local bus, before finally disembarking at a deserted stop halfway along a dual carriageway, outside a run down industrial complex.

I boldly ventured into the complex- a collection of warehouses and drab offices- in search of firearms and thrills.

In an underground basement below the warehouses, in the outer suburbs of Budapest I found the shooting club, and an armory stocked to the rafters with weapons.

It was shooting time. 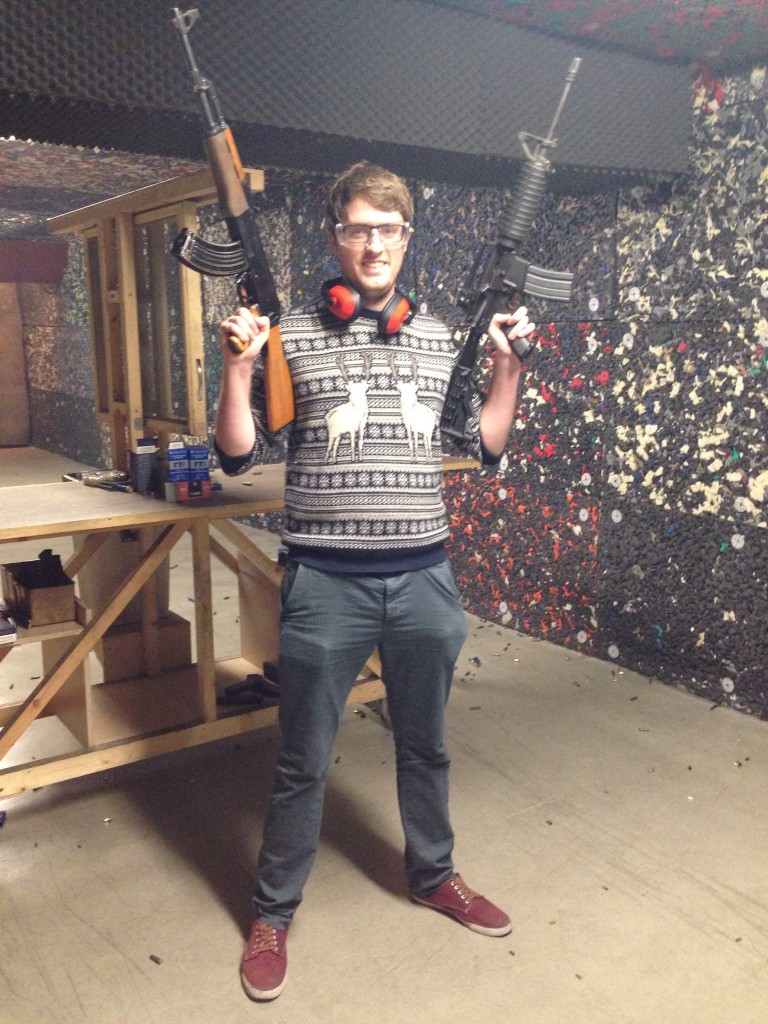 And time for the obligatory gun range, gun wielding photographs.

After signing a waiver and donning safety goggles, our shooting group were given a safety briefing by the grizzly, veteran looking Hungarian instructors. The main take away point seemed to be don’t point the guns at anyone… 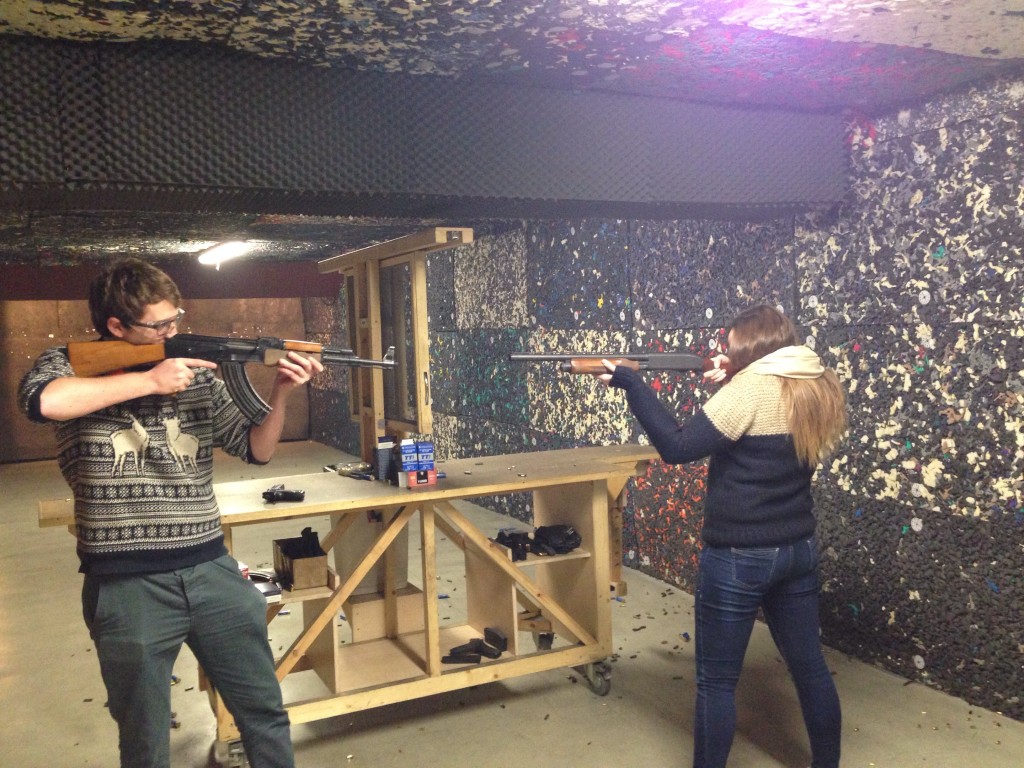 If they weren’t loaded it was fine though.

The grizzly looking instructors lined up the targets at the end of the range for us. Then the first guns were loaded. 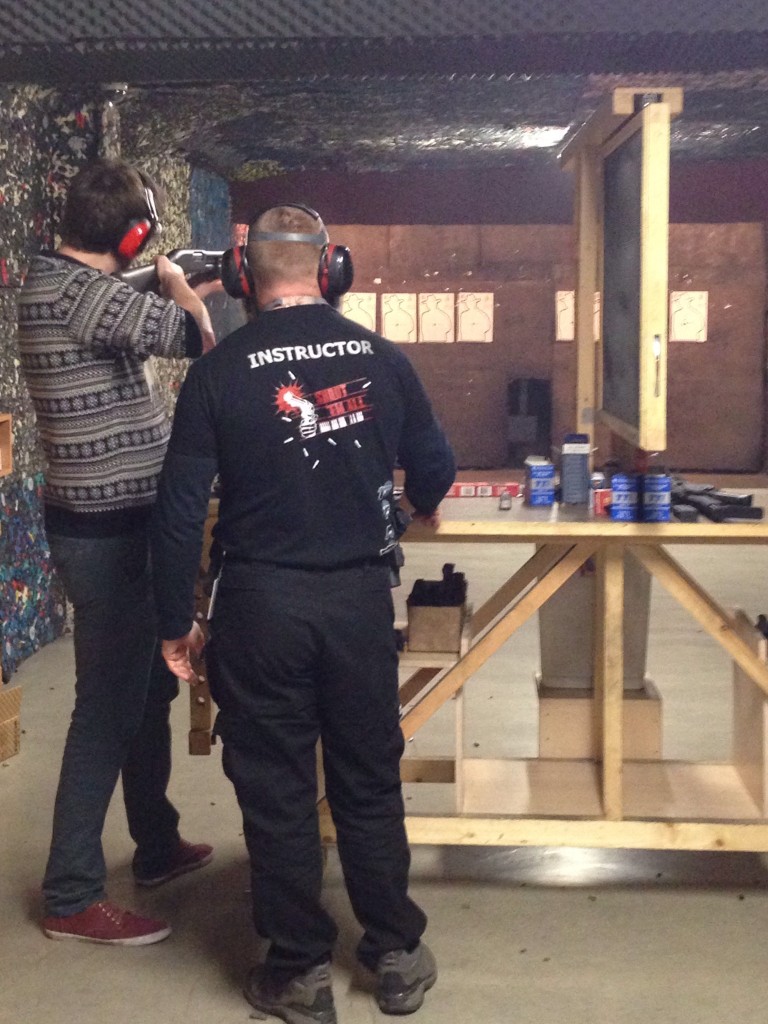 The walls of this underground shooting basement seemed to be covered in polystyrene, presumably to catch any stray ricochets and limit injury in the confined space. Safety first when blazing away with shotguns underneath a warehouse.

With an extensive armory, the Budapest shooting Club offer a range of packages to choose from. You can shoot your favorite video game weapons and the history buffs can have the Red Army experience.

Leading in with the basic package, first up were the pistols. 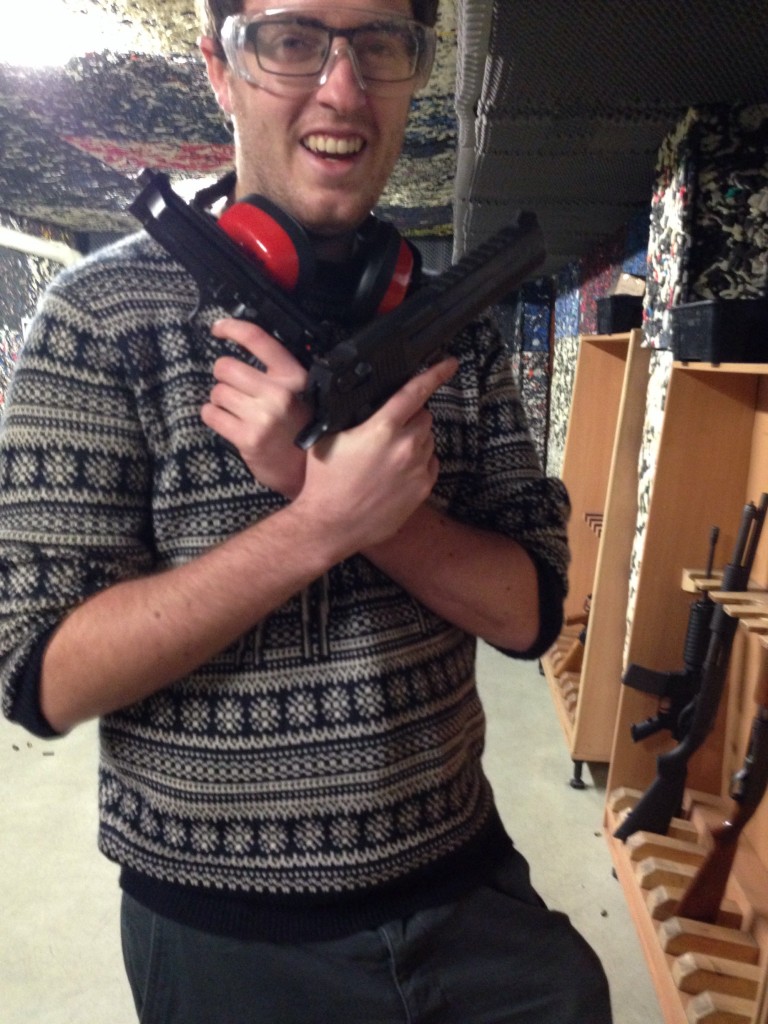 Unfortunately I was only allowed to shoot the pistols one at a time though. I always knew the instructors had my safety as their first priority. 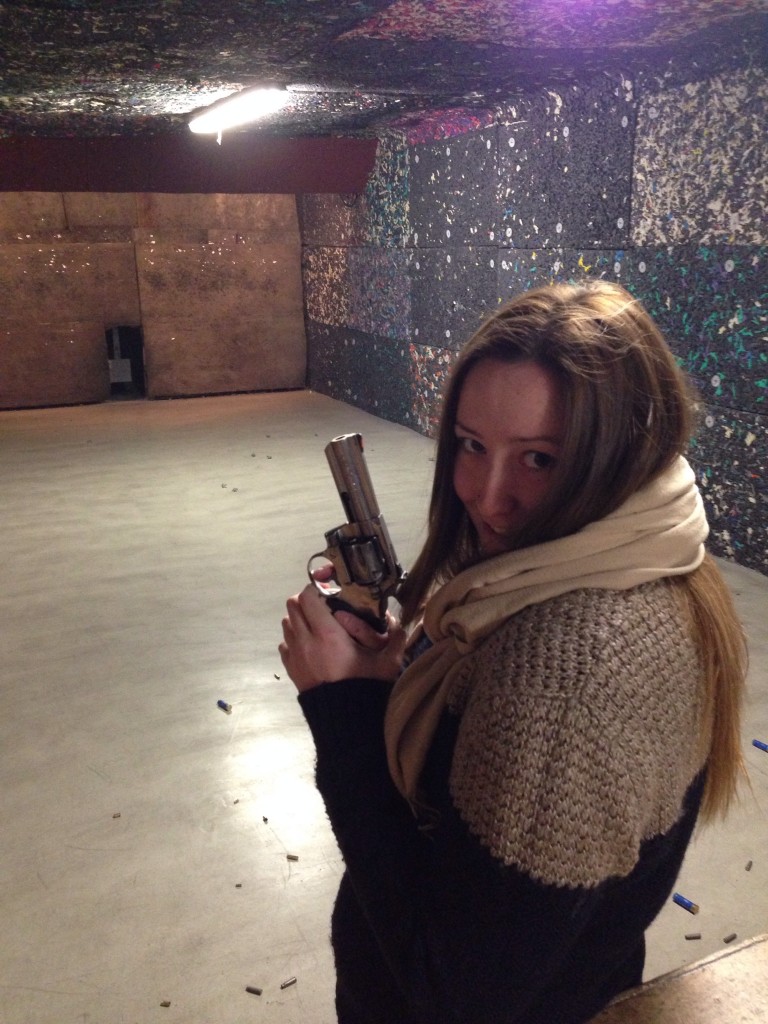 After unloading a few pistol magazines at the targets, and then trying out a revolver, I was ready to move onto the big guns. 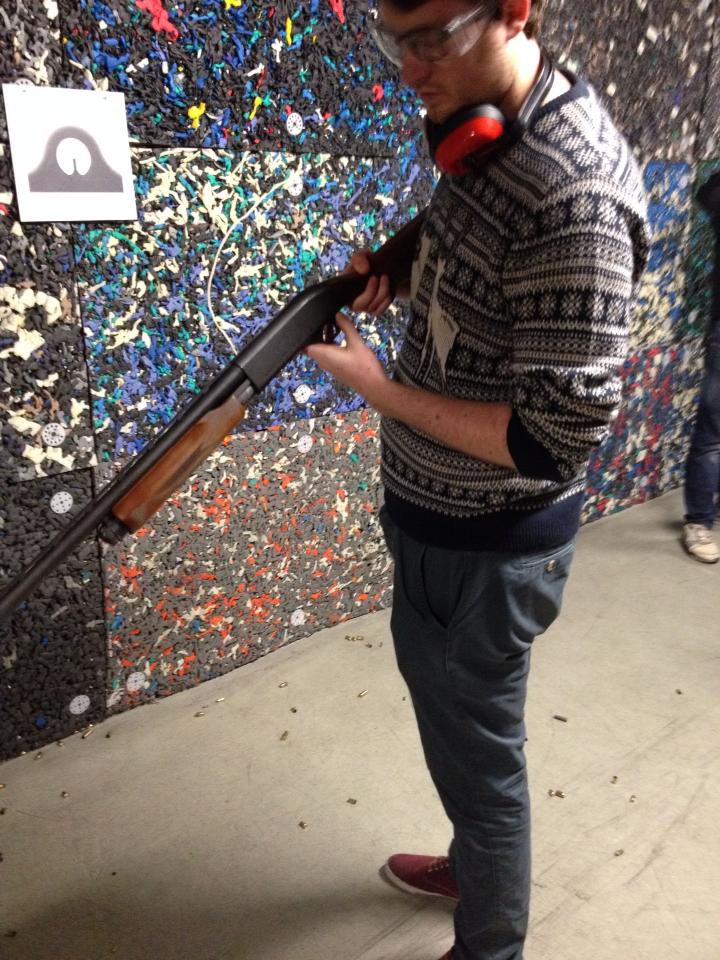 First up was the pump action shot gun, which blasted pellets all over the range. Then the AK 47’s came out. 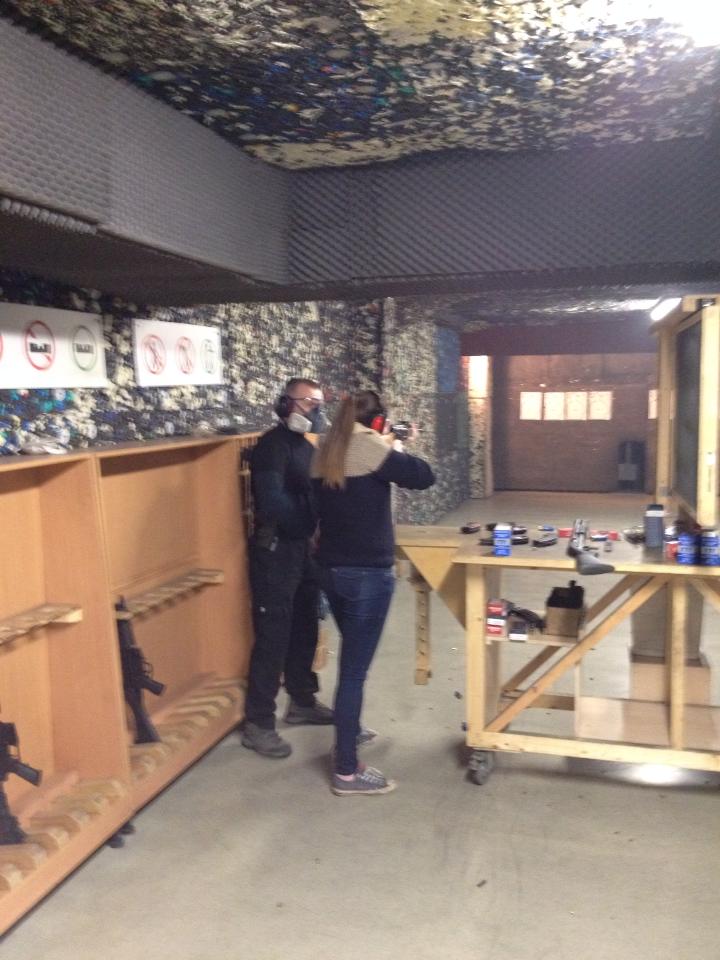 Not having had enough yet, more fire power was trialed in the form of an  M16. 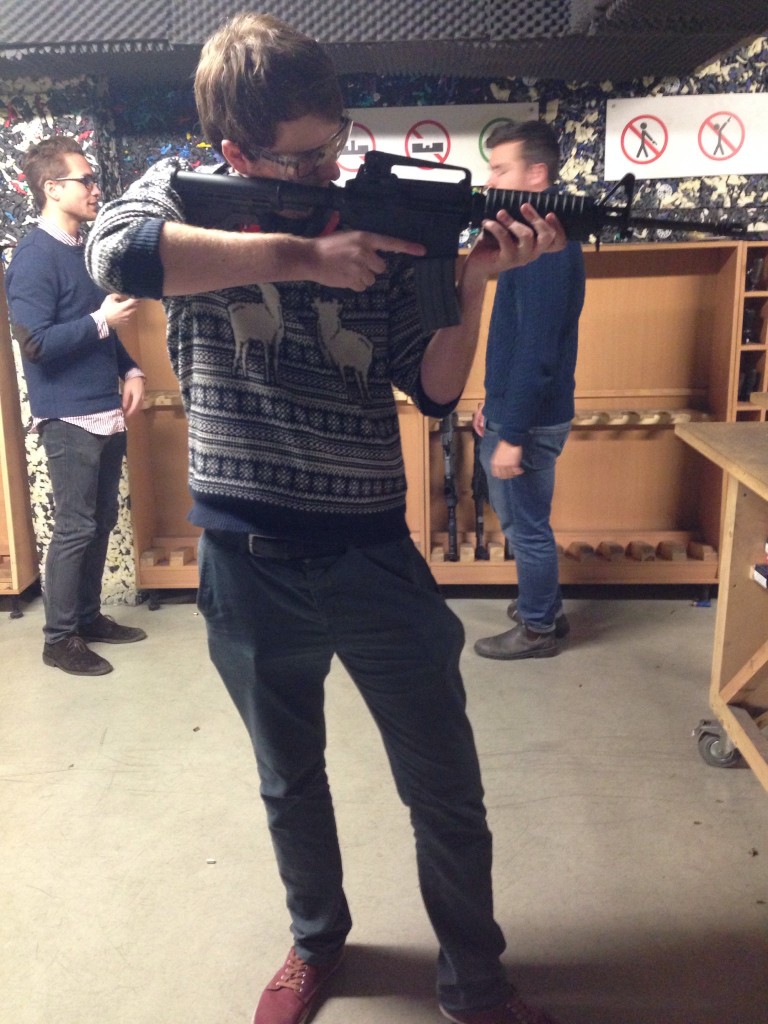 The shooting club proudly claim to have the widest selection of firearms in all of Hungary, with everything from revolvers to full automatic Uzis available, it’s just the small matter of how much you’re willing to spend to get your adrenaline fix. 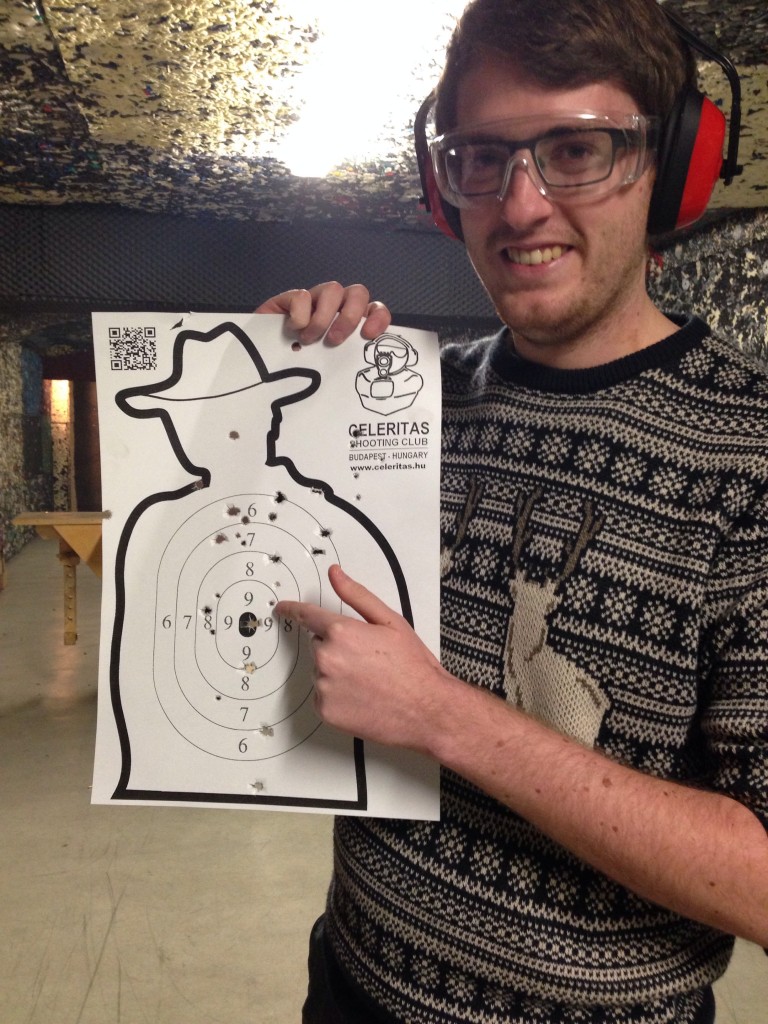 I proudly took home my bullet ridden target. If you want to,  you can even shoot a special Budapest Shooting Club t-shirt full of holes to take away as a  cordite smothered souvenir.

You might have to answer a few questions at customs though.

Want to shoot guns in Budapest yourself? Then check out the Celeritas Shooting Club Budapest Website and you can make that dream come true. 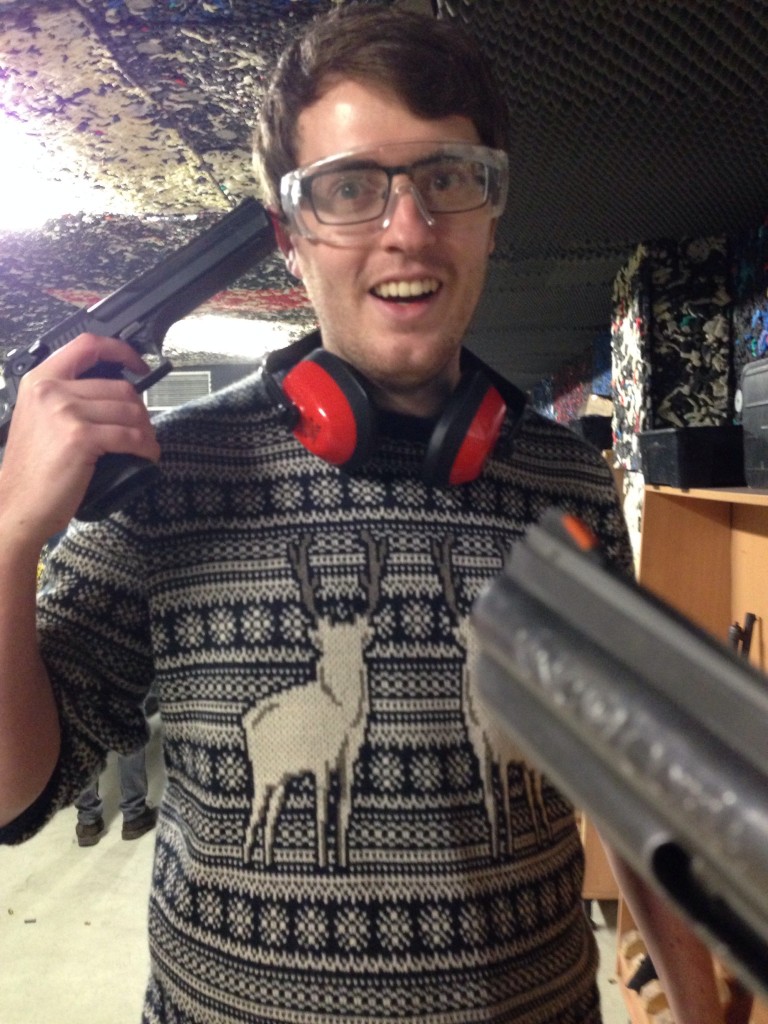