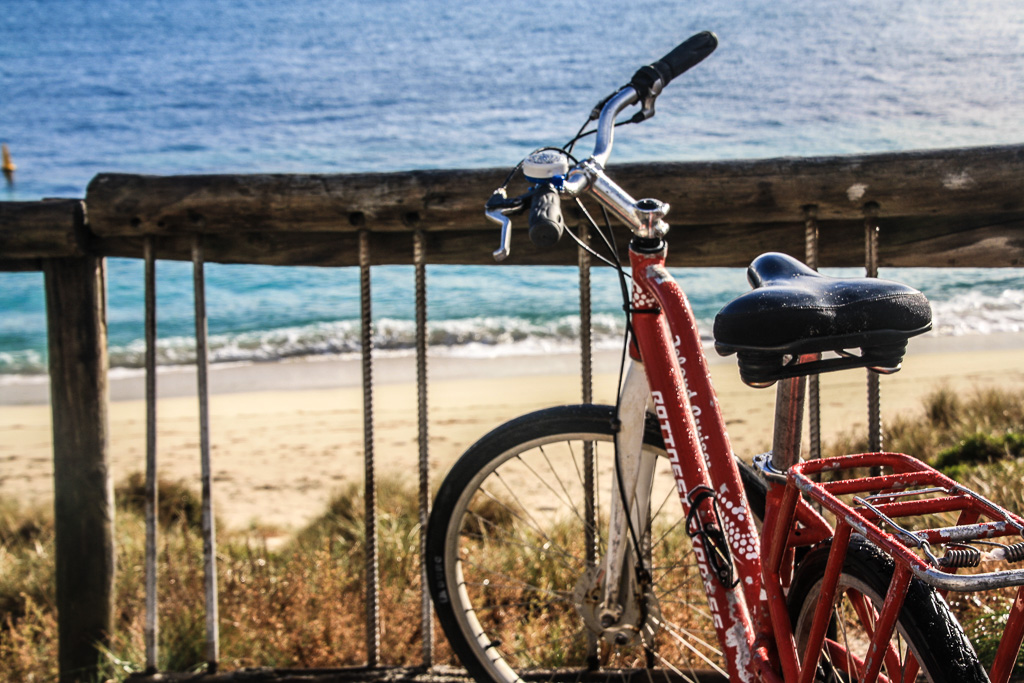 Rottnest Island Perth Is Known For Its Sandy Beaches And Cute Quokkas, But This Australian Holiday Island Has A Dark History Which Few Tourists See.

I stepped off the Rottnest Express and onto the island’s jetty while the rain which had been lashing the ferry during our crossing from Fremantle Harbour finally lifted and the clouds shifted to allow the sun to shine on Rottnest Island Perth. 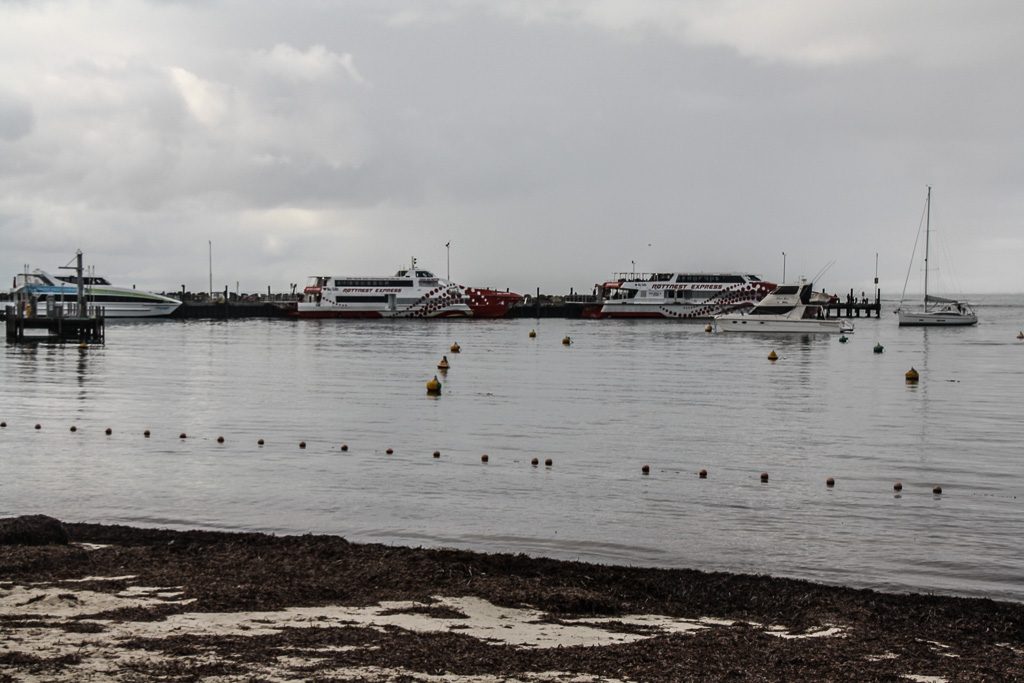 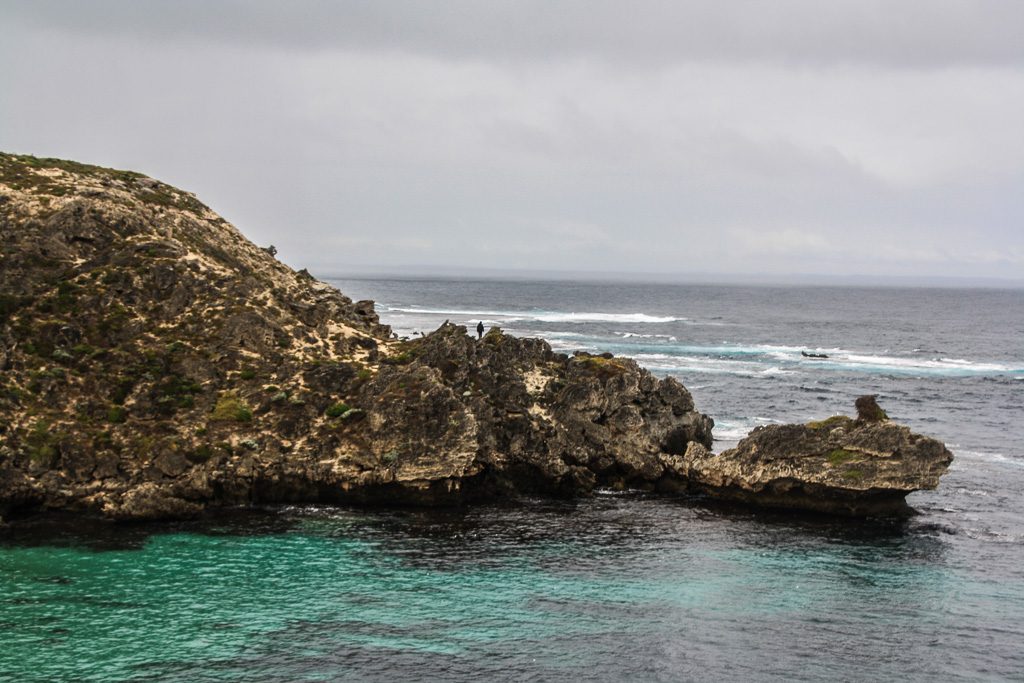 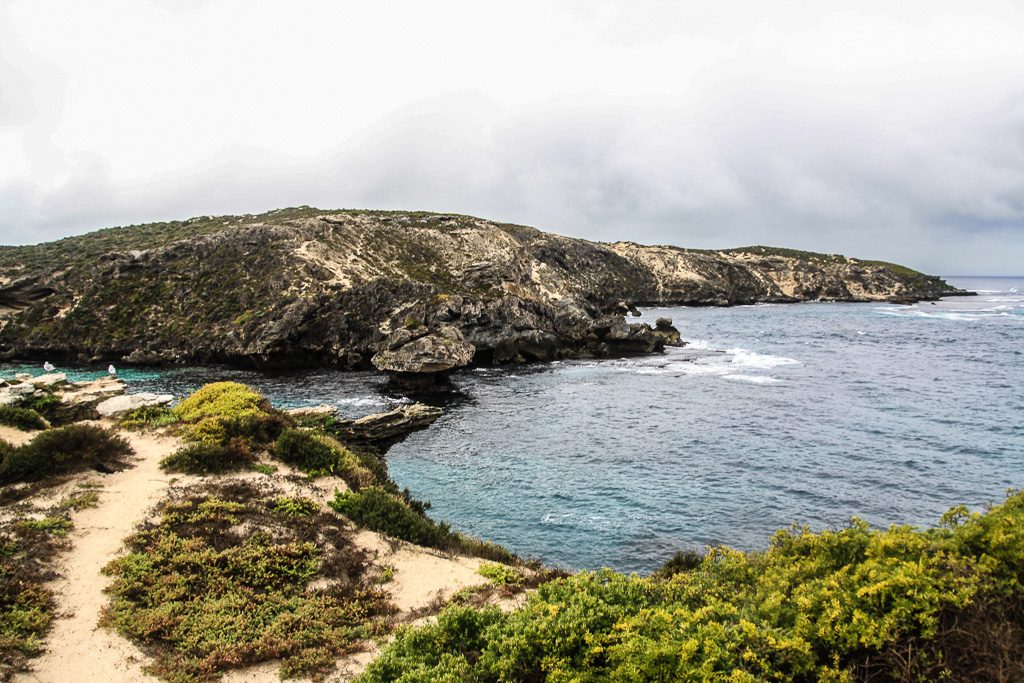 This small island is around an hour’s ferry ride from mainland Western Australia. These days it’s a tourist hub. One of the most popular things to do for those visiting Perth is to take a day trip here. There are sandy beaches, clear waters for snorkelling and quiet roads for cycling.

Rottnest Island is also famous for its resident population of Quokkas, a small marsupial with a cheeky grin that will even pose for selfies with travellers. With no predators here, these little animals run free across the island, and it’s one of the few places left in Australia to see them. 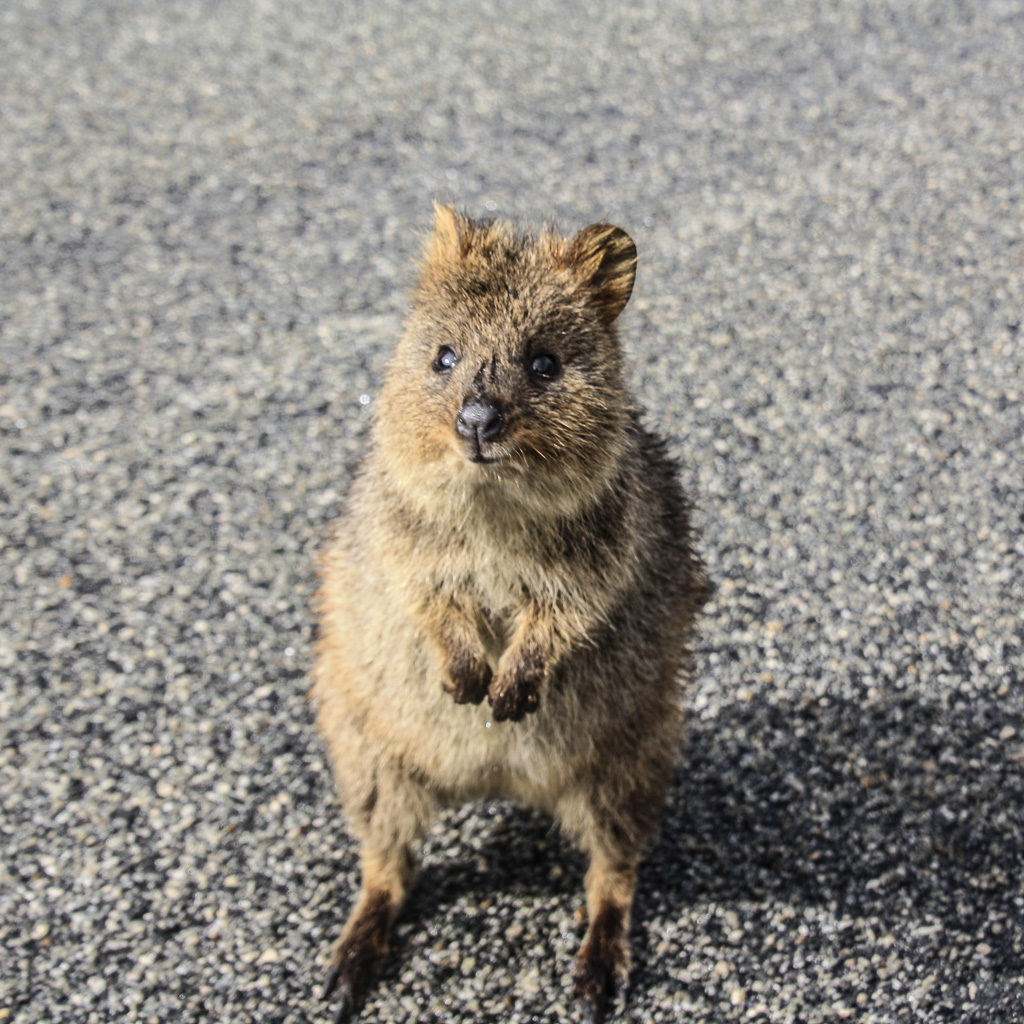 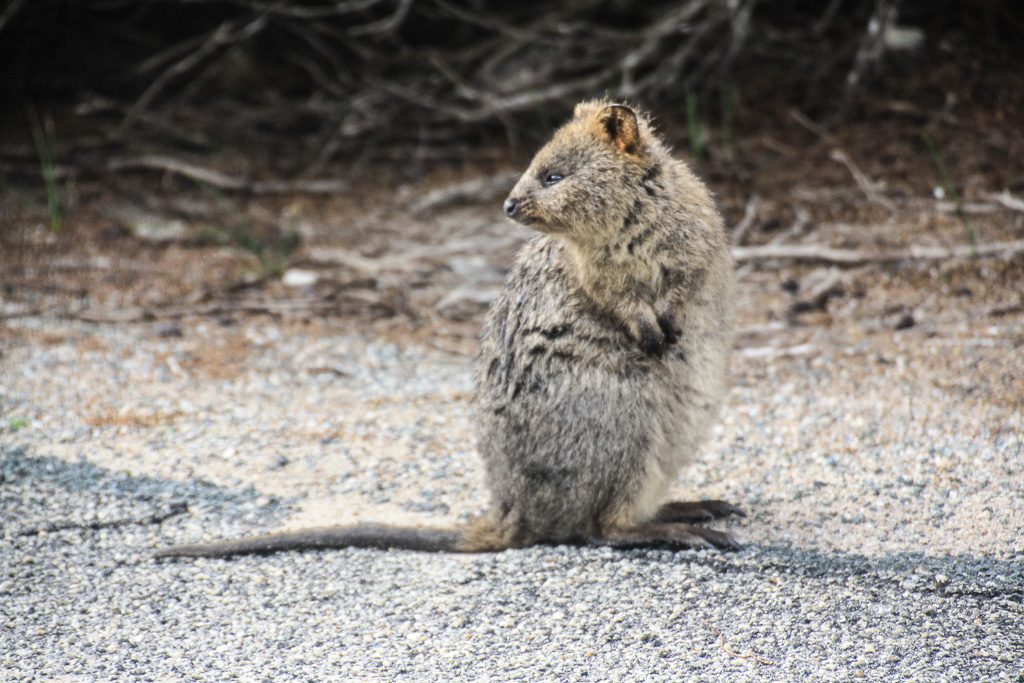 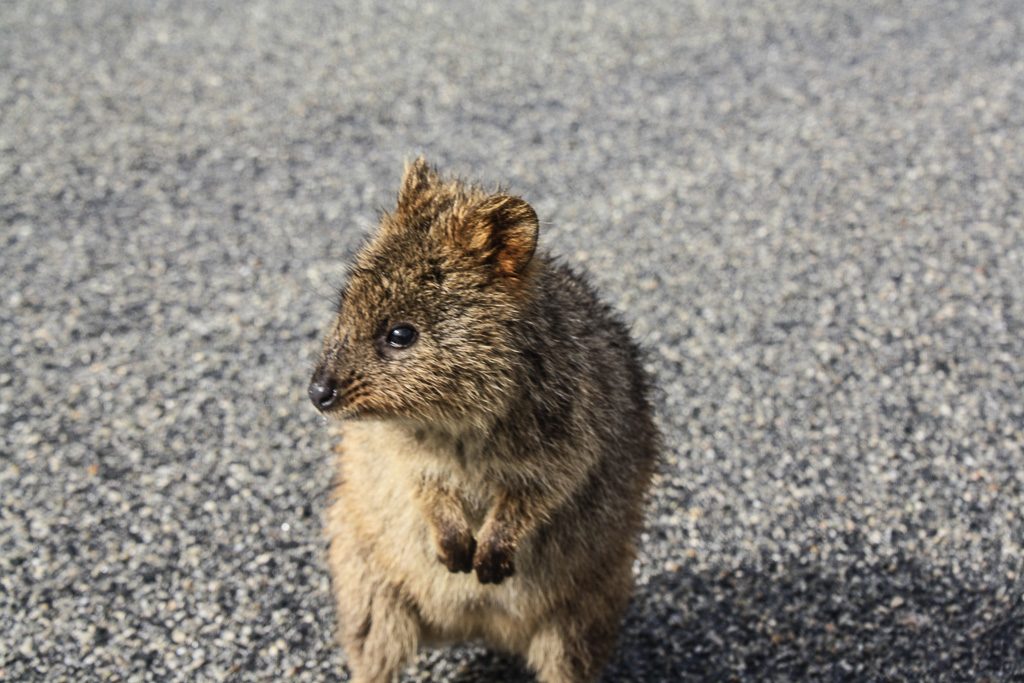 Usually, it’s sunny too, but my trip was met with unusual downpours and grey clouds. I wasn’t here to snorkel and relax on the beach though, I was here to explore Rottnest Island’s relatively unknown history, a darker side of the island which few of the tourists see.

And of course, I was going to take a few pictures of the Quokkas too.

The best way to see Rottnest Island is by bike. The roads are quiet, there’s almost no traffic and the small size of the island means it can be traversed thoroughly in a day.

You can hire a bike on Rottnest Island, like I did or you could even Check out the best Road Bikes here to take across with you on the ferry.

I cycled away from the jetty, my rain coat on and ready for the next inevitable downpour of the day. I was met by rain soaked Quokkas enjoying the brief stint of sunshine by the harbour. 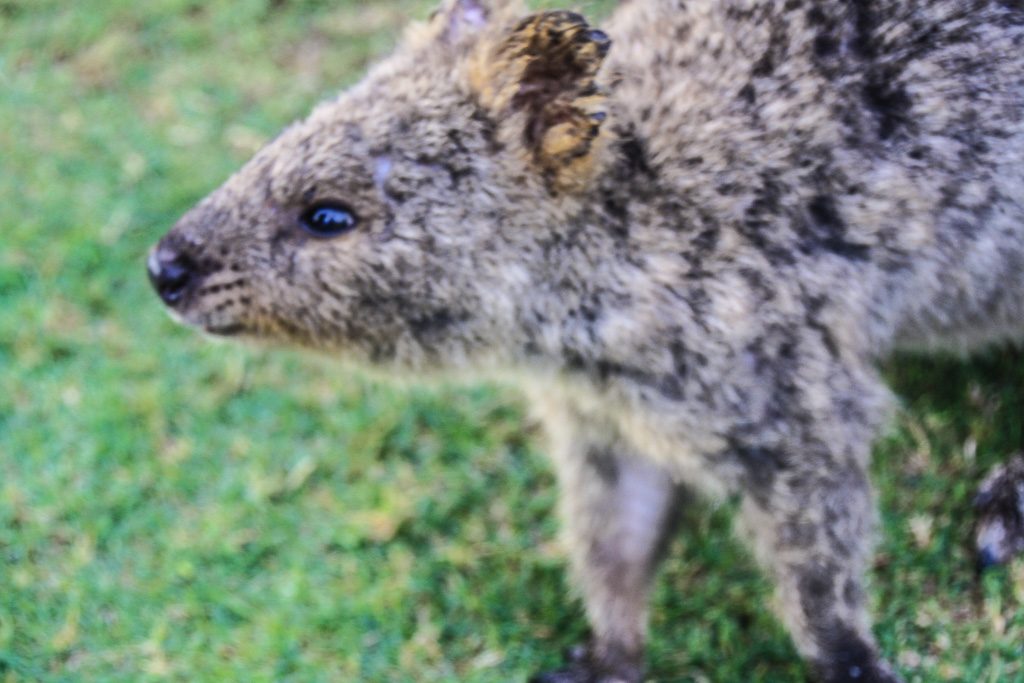 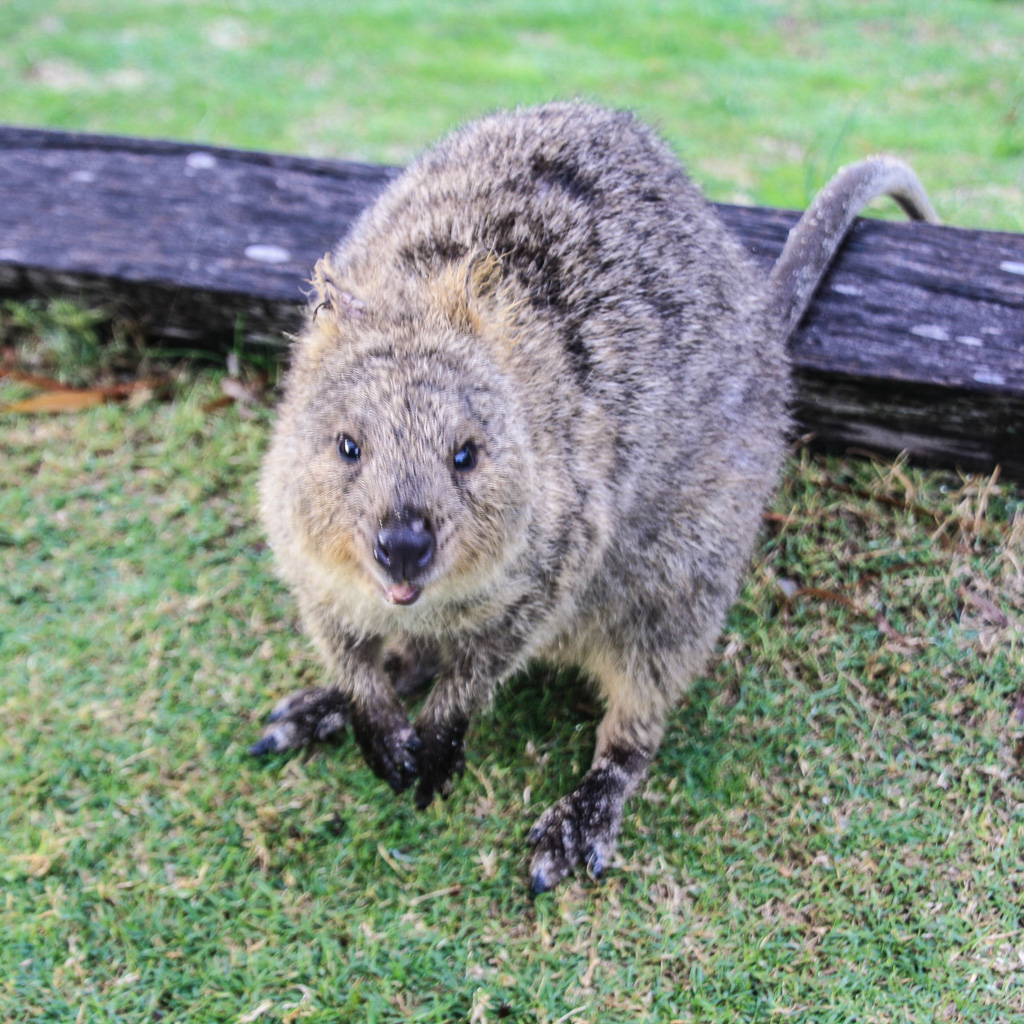 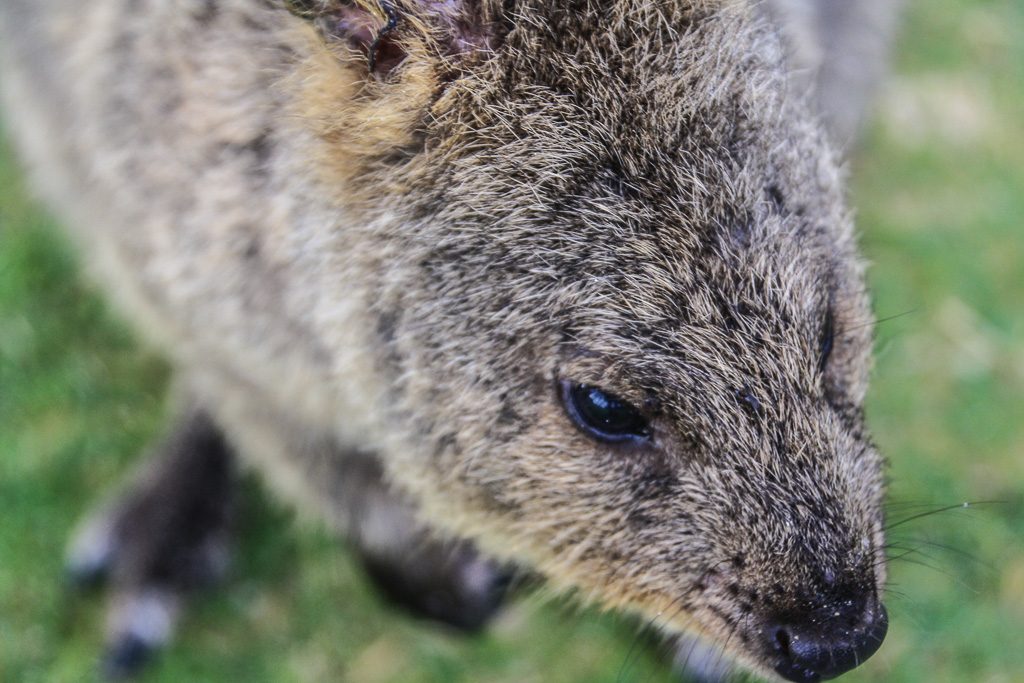 The Dark History Of Rottnest Island

The island found i’s unusual name through a Dutch Captain- Willem de Vlamingh- who passed by in 1696 and mistook the Quokkas for giant rats. He gave it the unflattering name Rotte Nest, the rat’s nest, and this distinction stuck.

The local Aboriginal Noongar people called this island Wadjemup, although when Europeans arrived it was unsettled. The Europeans would soon change that though, and the British would turn this entire island into an Aboriginal prison for the Noongar from the mainland.

I set off through the harbour, and the old settlement, cycling past Quokkas, holiday homes and colonial buildings, wondering if I would find any remnant of the darker history before Rottnest Island became a vacation island.

I passed by an Aboriginal Flag flying beneath the Australian Flag. Both were draped over their poles outside of one of the Settlement’s historic buildings, waiting for the wind to pick up again. 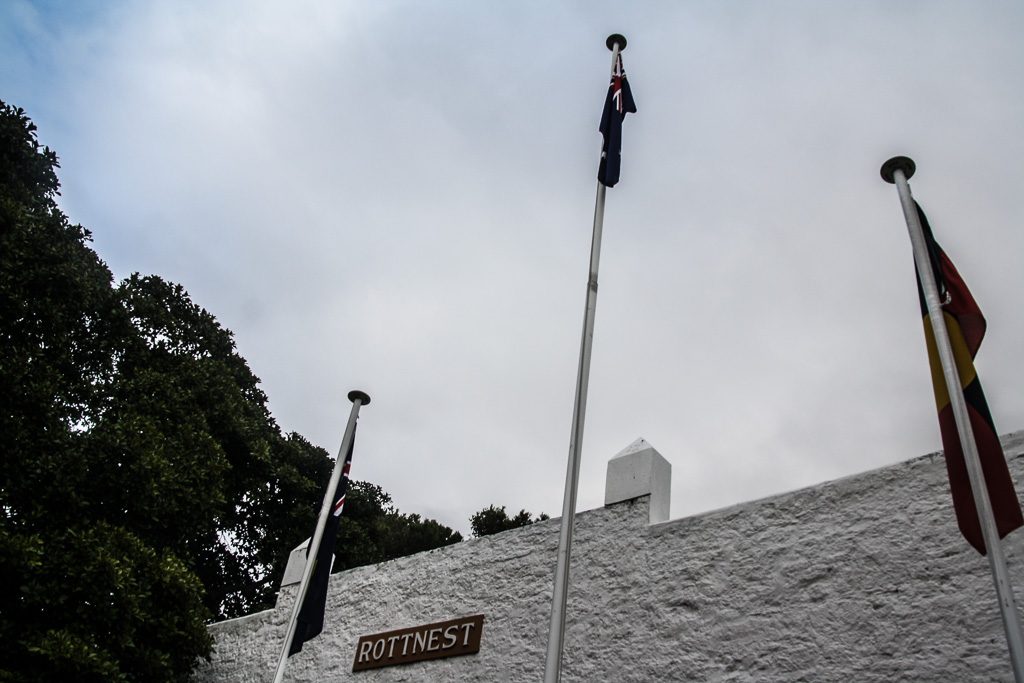 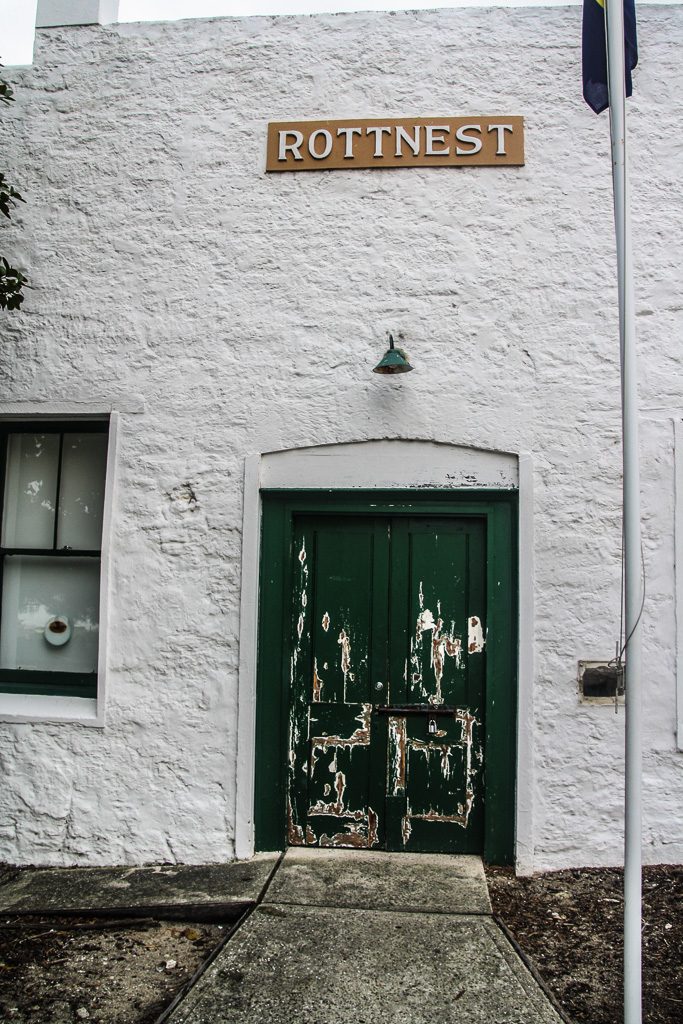 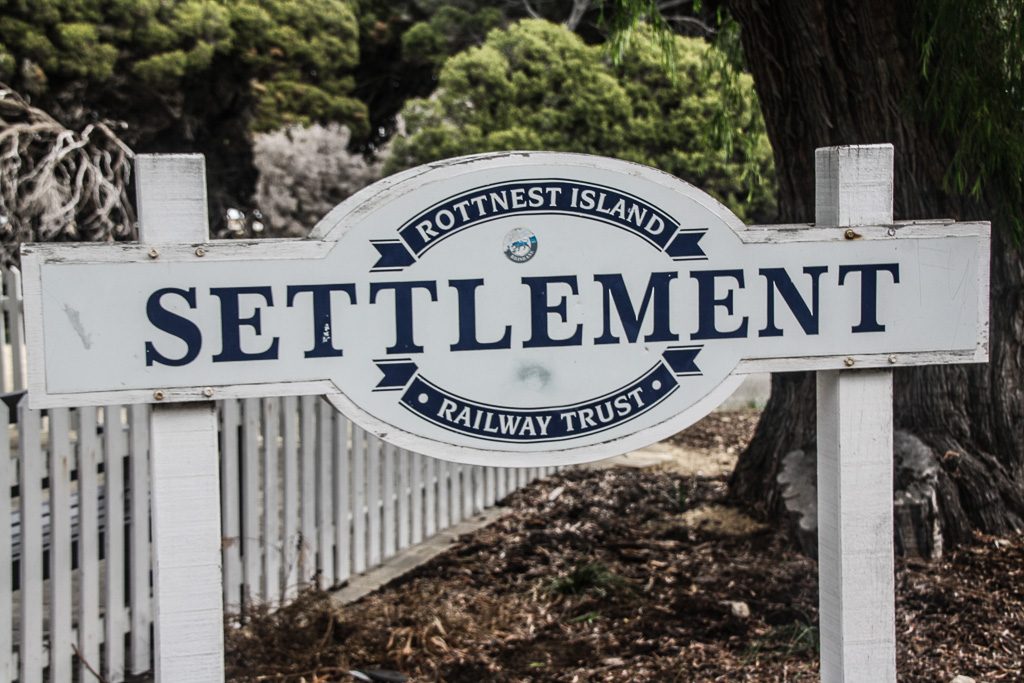 Before I knew it though, I’d cycled through the Settlement- Rottnest’s main town and harbour- and was on the road towards the far end of the island.

Rottnest Island is small, and I was planning on circumnavigating the entire island in a day by simply following the main road which forms a loop, and which would bring me back to the other side of the Settlement. 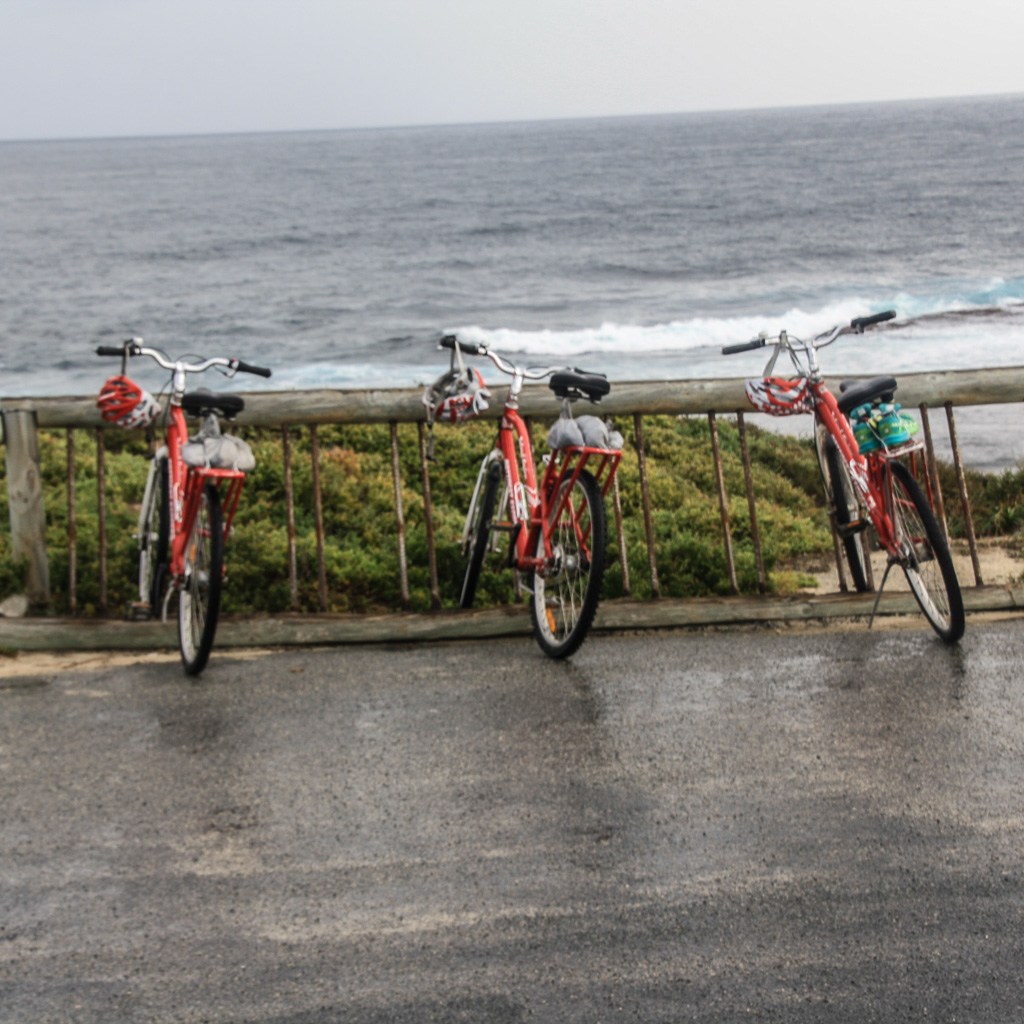 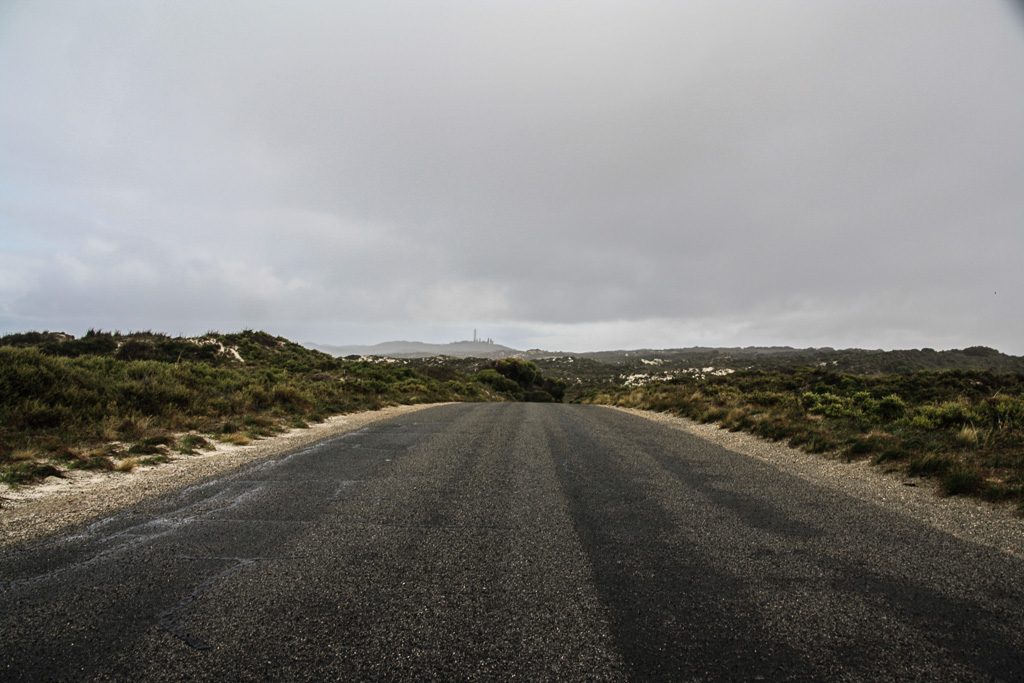 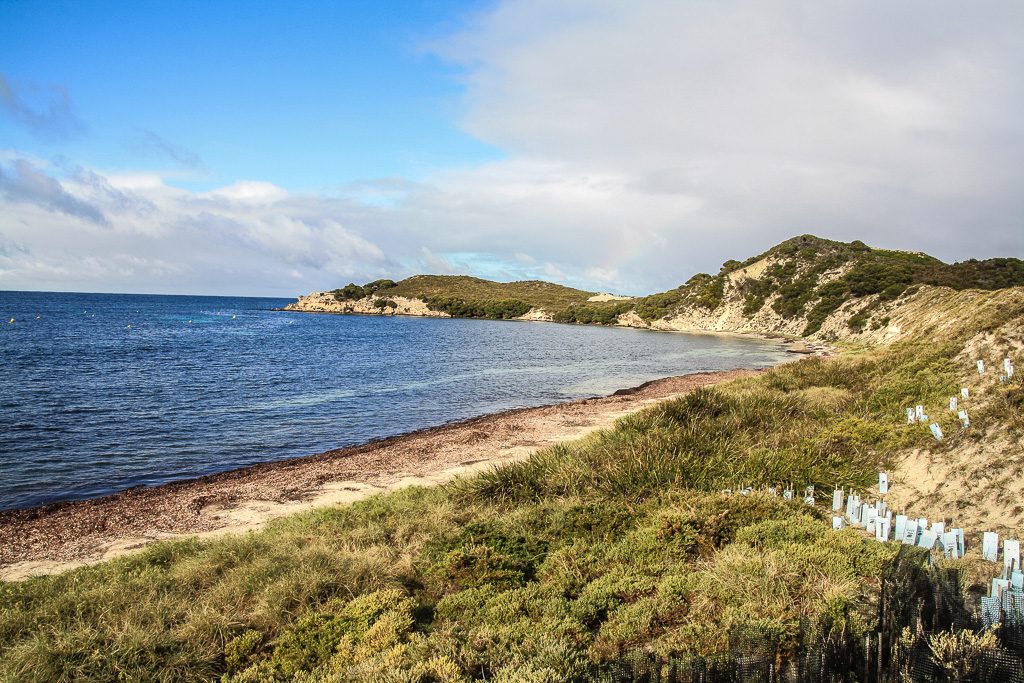 Along the road small furry Quokkas, some soaked from the rains, would be waiting patiently on the roadside for visitors to stop and photograph them. They are remarkably friendly creatures, although actually holding or touching them is forbidden by law. 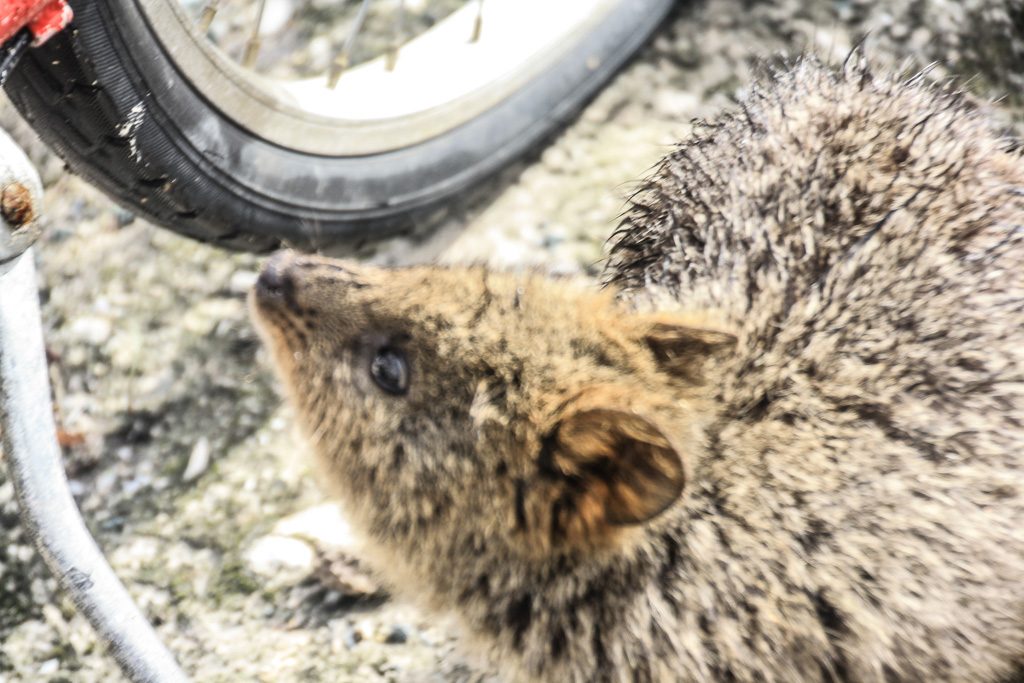 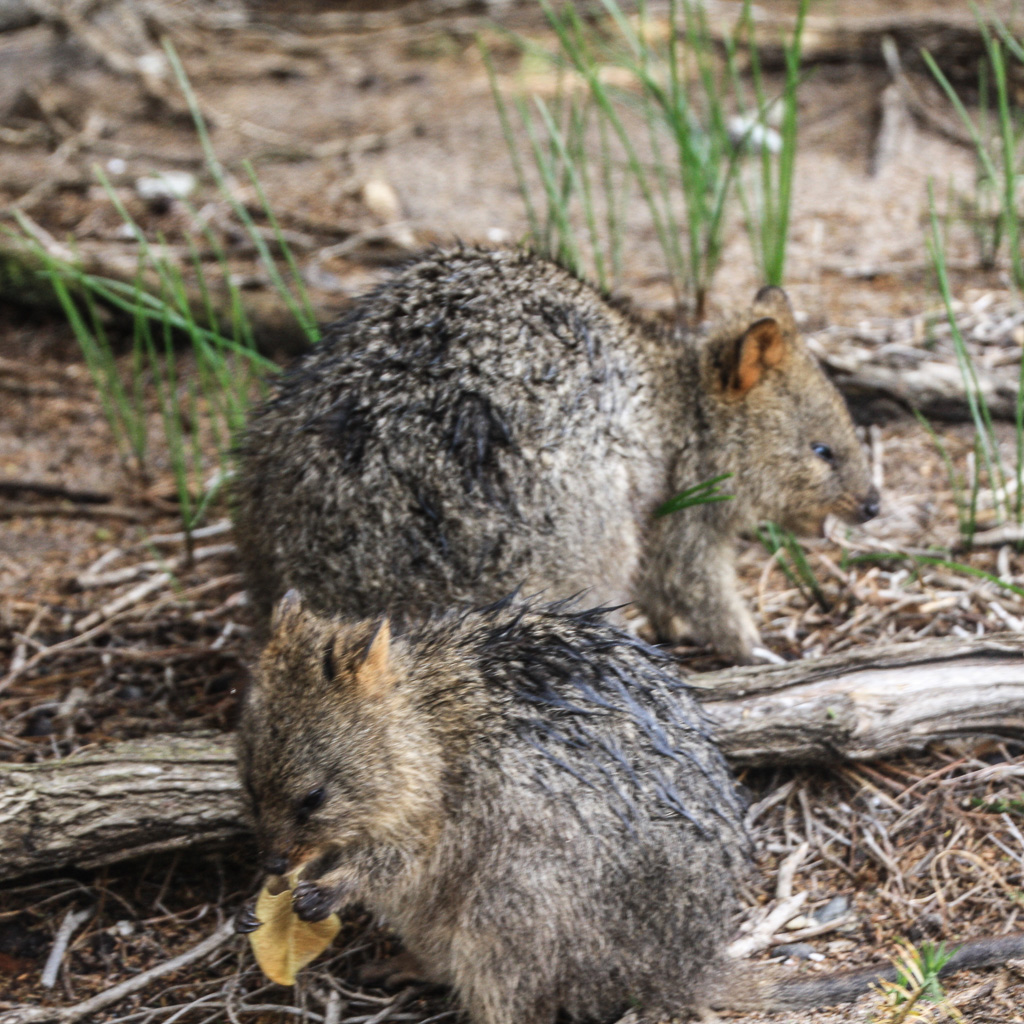 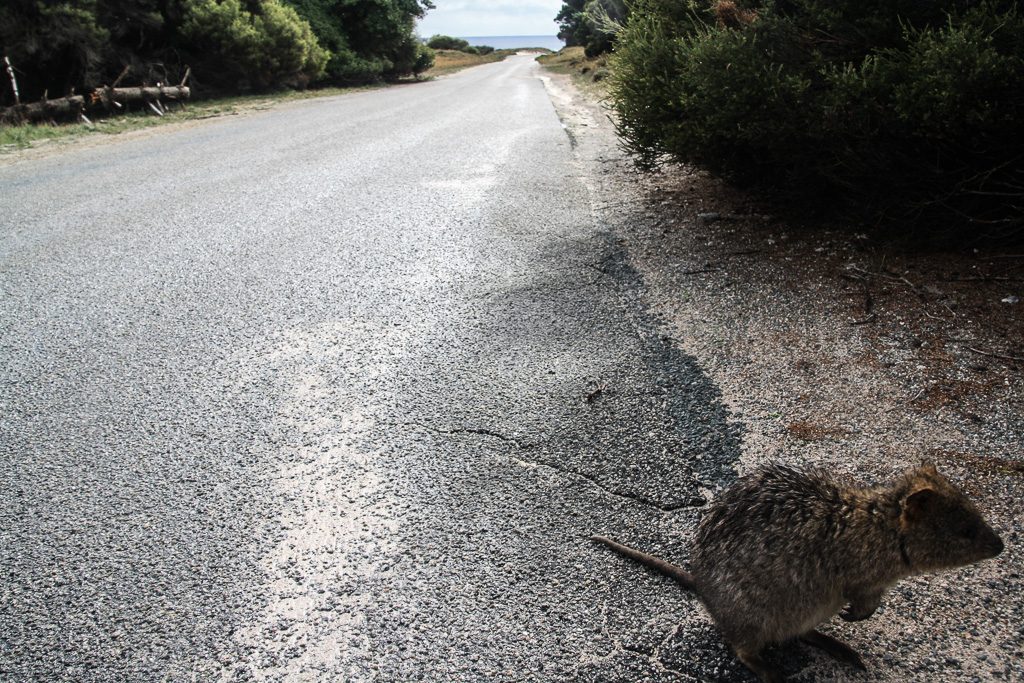 The coastline is a wild and rugged place. Few people actually live on Rottnest Island, so there are large tracts of wild land to explore, and with the rain, it was exceptionally quiet out on the roads.

I cycled to the top end of the island to Cape Vlamingh, a peninsular named for the Dutchman who thought the Quokkas were giant rats. This was most the Westerly point of the island, and a lookout for spotting passing whales and pods of dolphins.

When it wasn’t raining. 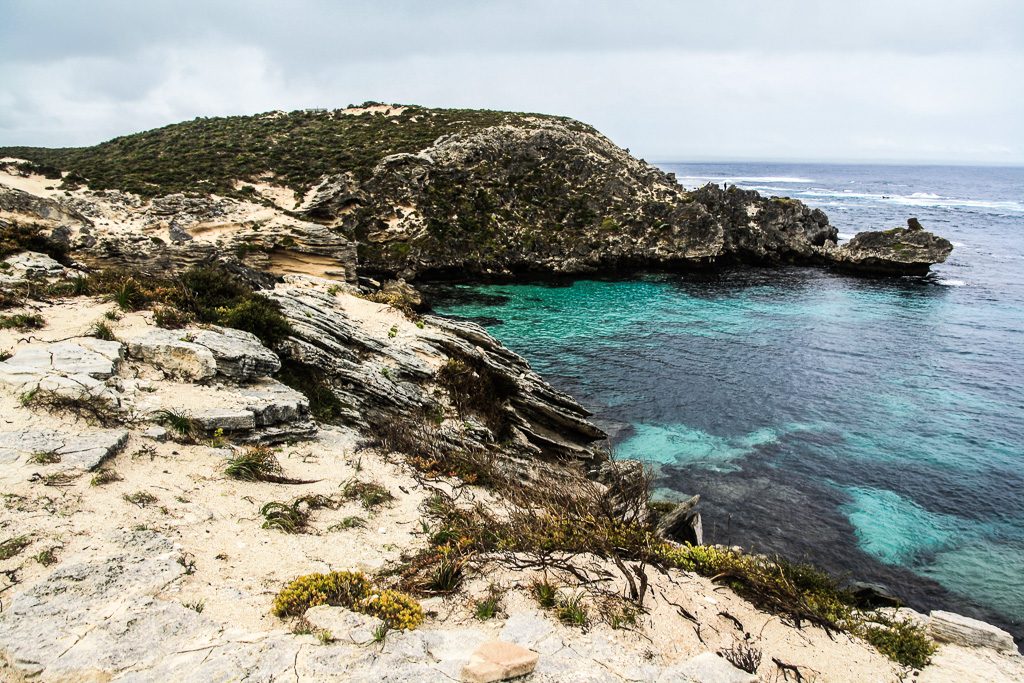 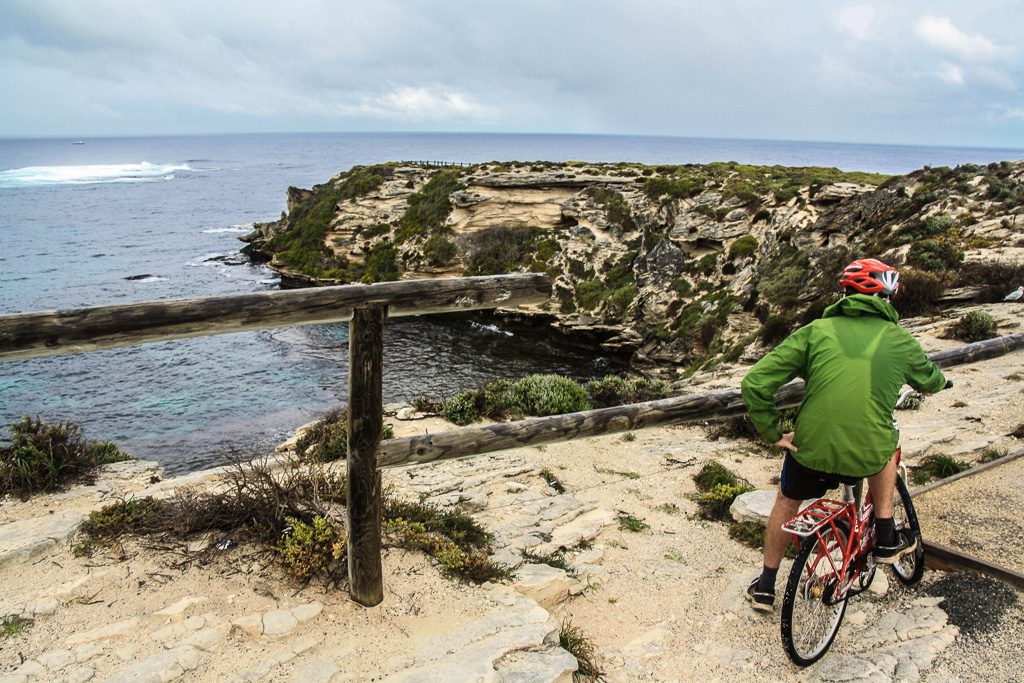 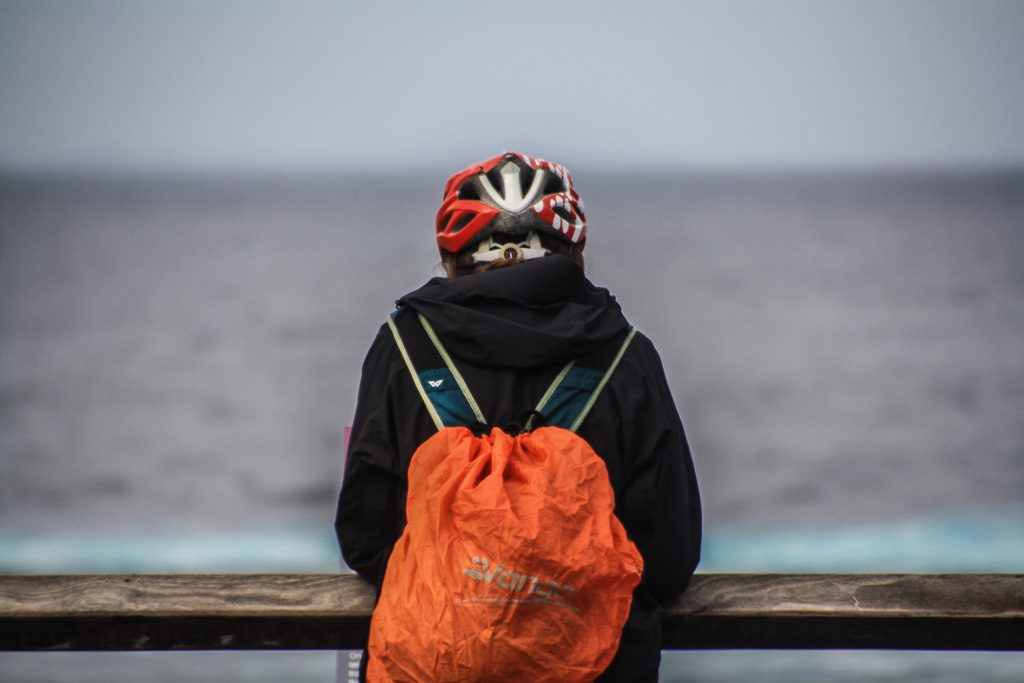 While the island may have lost its original Aboriginal name, recent years have started to see more recognition of Aboriginal history. The lighthouse which dominates Rottnest has been named for the local Noongar people’s original term for the island, Wadjemup.

The history of British colonisation Australia is tragic. Everywhere the local people were forced off their lands, as the British settlers expanded away from the coasts and arrived in ever larger numbers. Western Australia was no different, and the Noongar people who originally inhabited Perth and large tracts of the South West- the first places to be colonised in WA- were displaced and impoverished by the white newcomers.

The Swan River Colony- Perth, as it is now know- was established in 1829 and within 10 years of its founding so many Aboriginal men were being arrested across the state for crimes they barely understood that the British needed a solution to intern them all.

Rottnest Island was chosen as the site of this Aboriginal Prison and in 1838 the first prisoners were sent here. 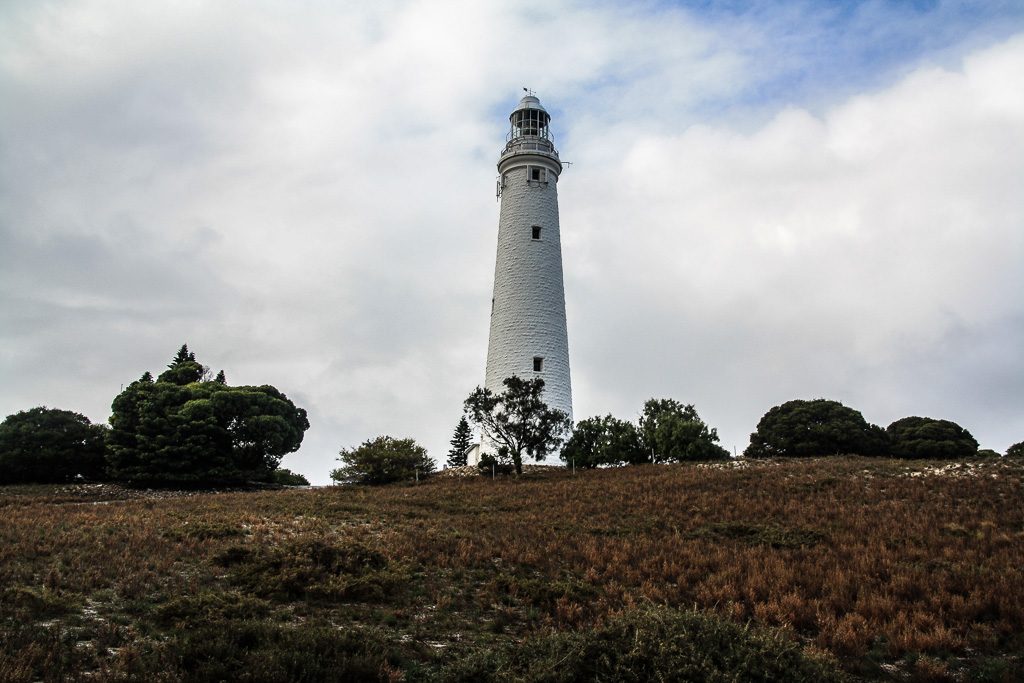 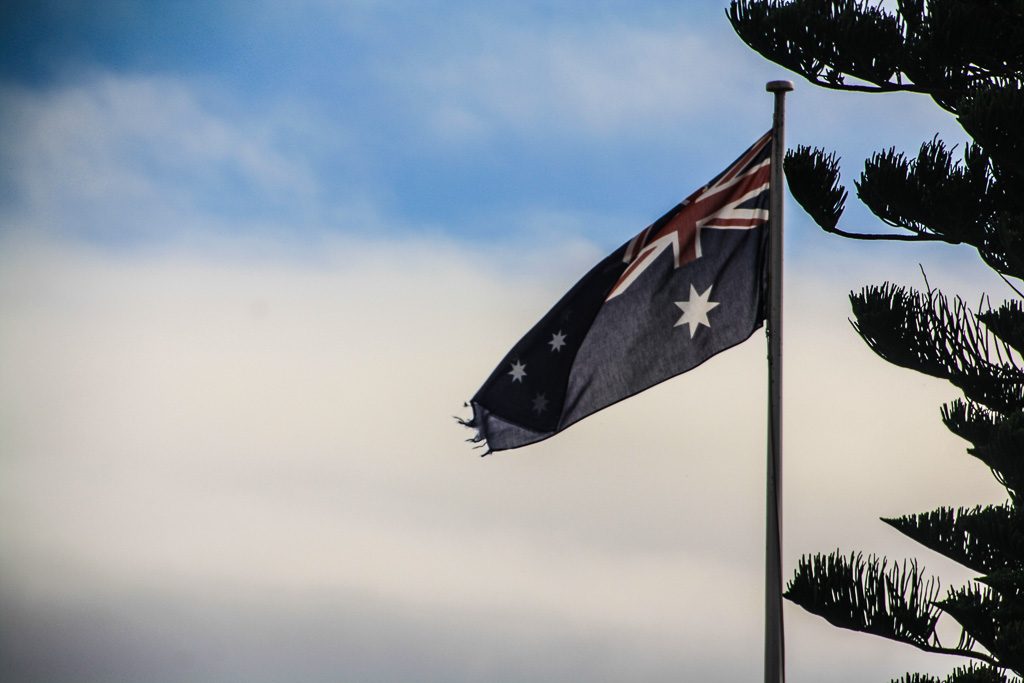 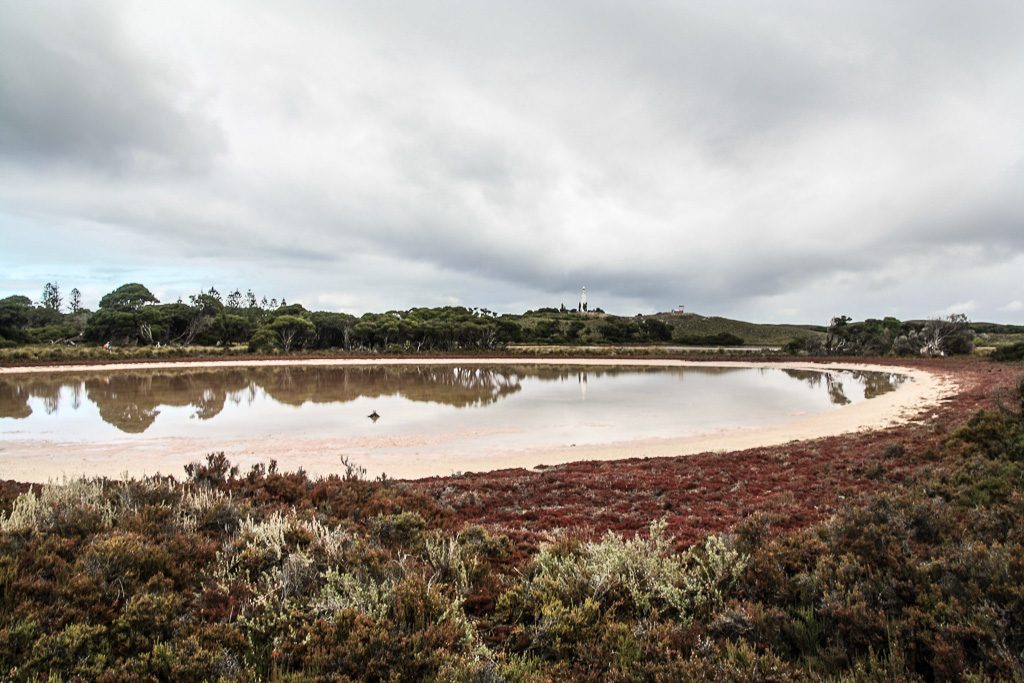 Little trace remains on the holiday island of its darker history, the old prison is now a hotel and what was the site of a mass burial ground for those who died here was for years used as a camping ground, unknown to those pitching their tents on top.

By 1931 the prison was closed, and despite a brief stint during World War 2 as an internment camp for Italians and Germans, Rottnest began its journey to become a holiday island.

As I cycled the remaining part of the island it was easy to see why this is so popular with the tourists. The rugged coastline is beautiful, and when the sun is out the water is crystal clear and perfect for snorkelling. 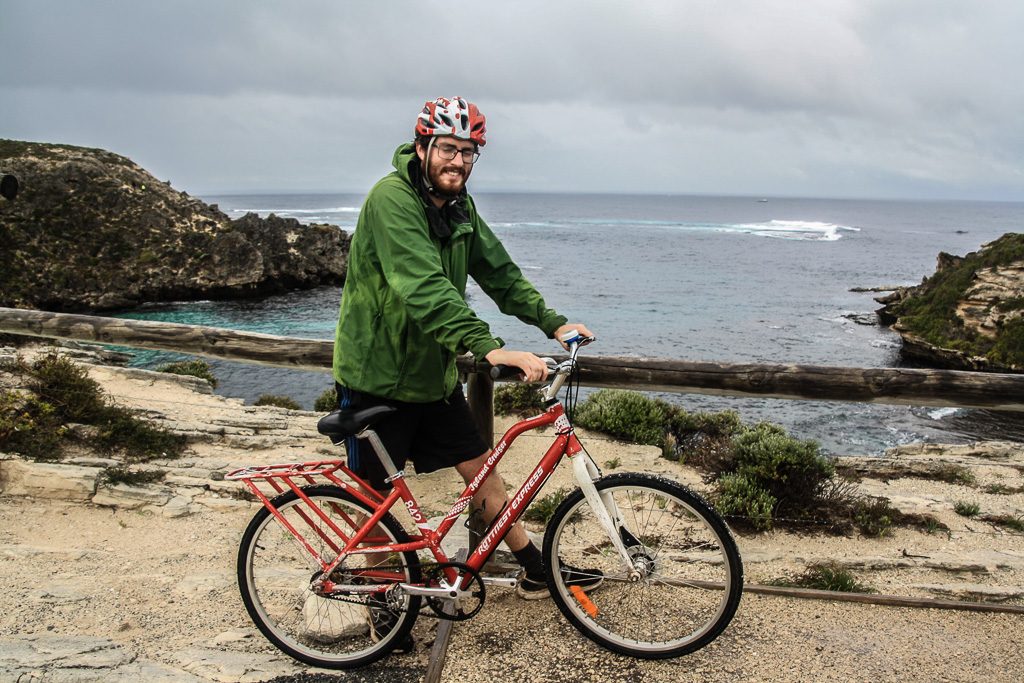 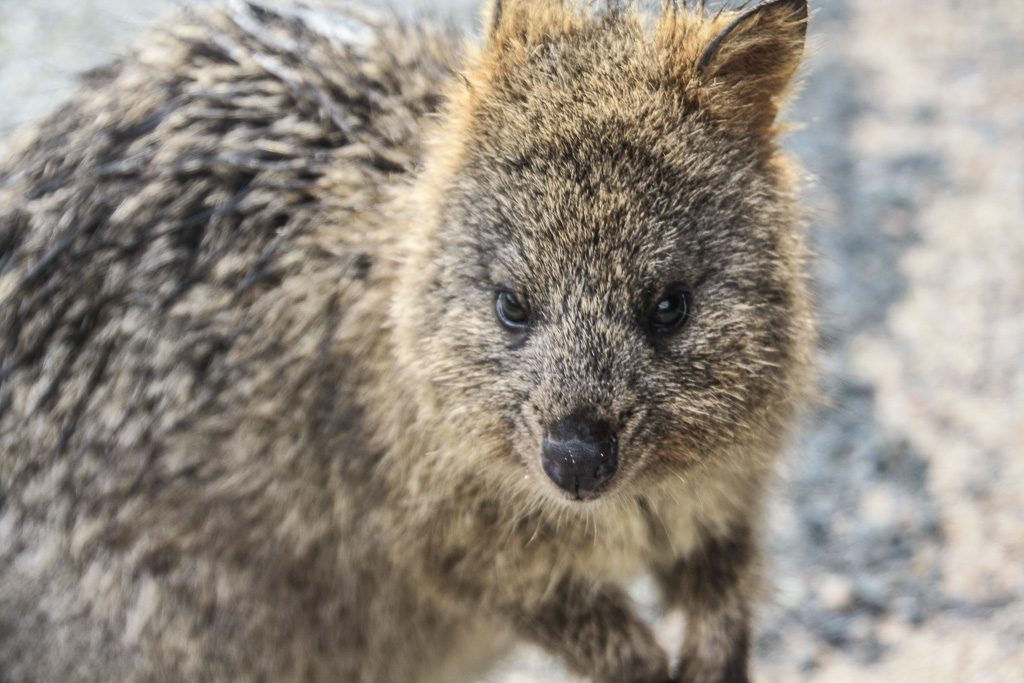 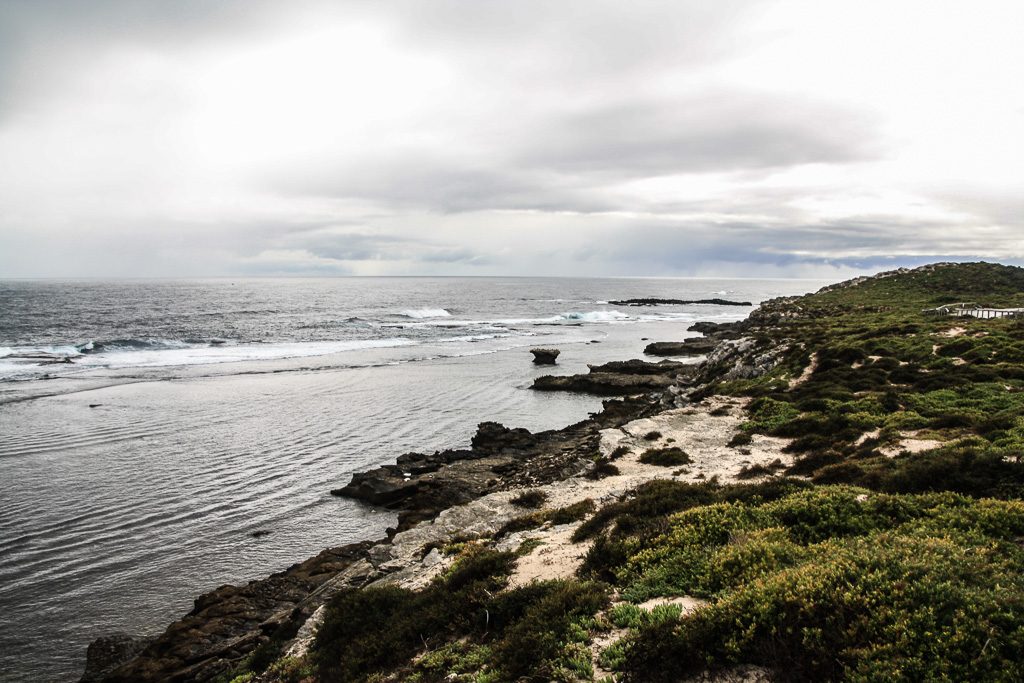 As I entered the Settlement again, I came across the old burial ground, and I saw that work had begun to memorialise and honour those who lost their lives here, although there was still little in the way of information recognising he tragedy of past events.

Australia struggles with its colonial past, and while Rottnest should be enjoyed and visited- for the Quokkas and the natural beauty- it would be only fitting for the Island to inform visitors of the history of Rottnest too, so the dark past is not forgotten and the tragedy of the Noongar people buried here can be remembered.

Do you want to travel to Western Australia? Then check out my guide to getting off the beaten track in WA HERE!

Looking at the History of Sushi