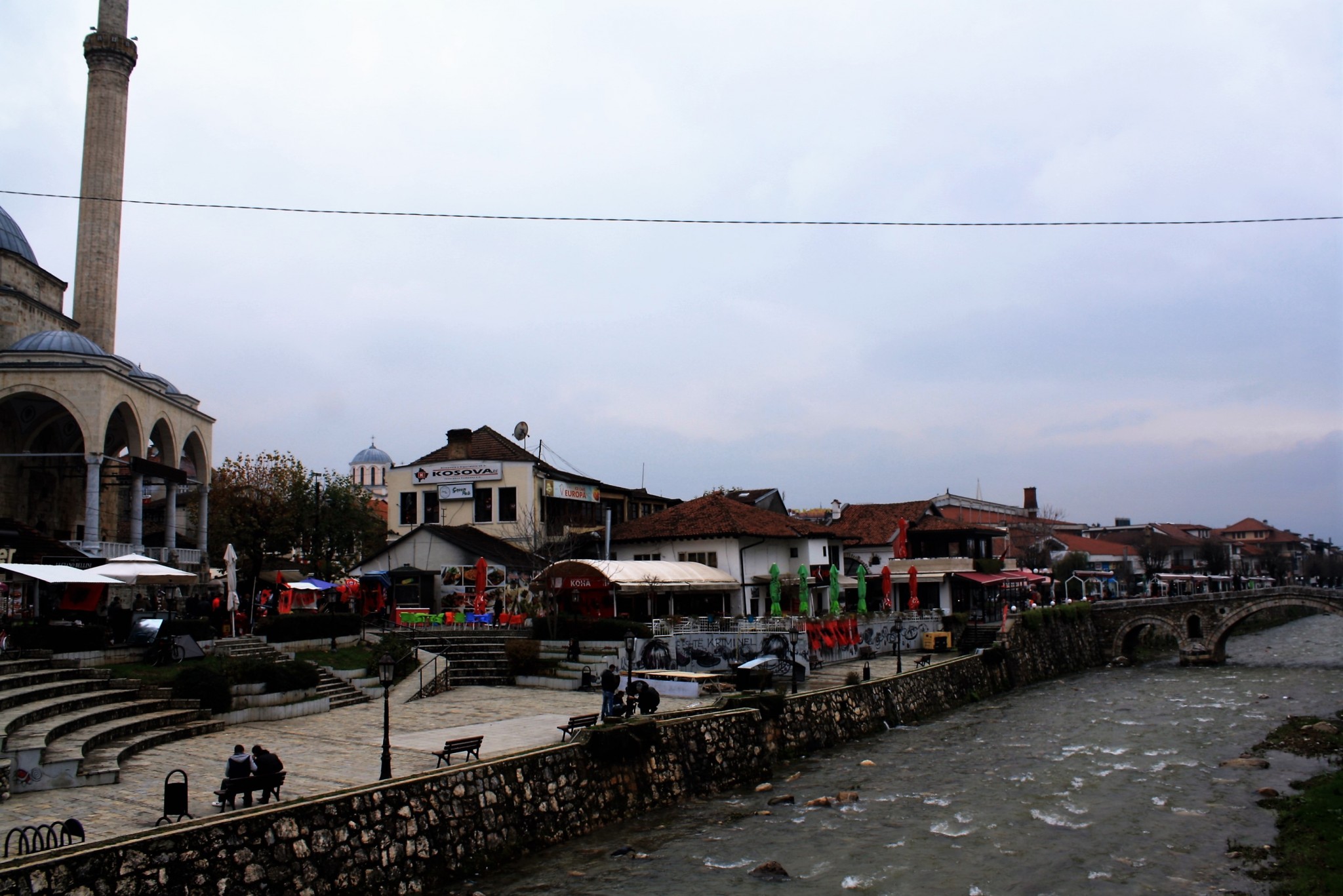 “Who wants beer?” It was more of a statement than a question as the hostel owner came charging in, clutching plastic bags full of cheap two litre bottles of Kosovo’s finest brew. Everyone was getting beer. “And who wants Raki?!” This was even less of a question. It was impossible to turn down this deadly home brewed spirit in the Balkans. I’d only just arrived in Kosovo, but I had a feeling that Prizren was going to be an interesting city. 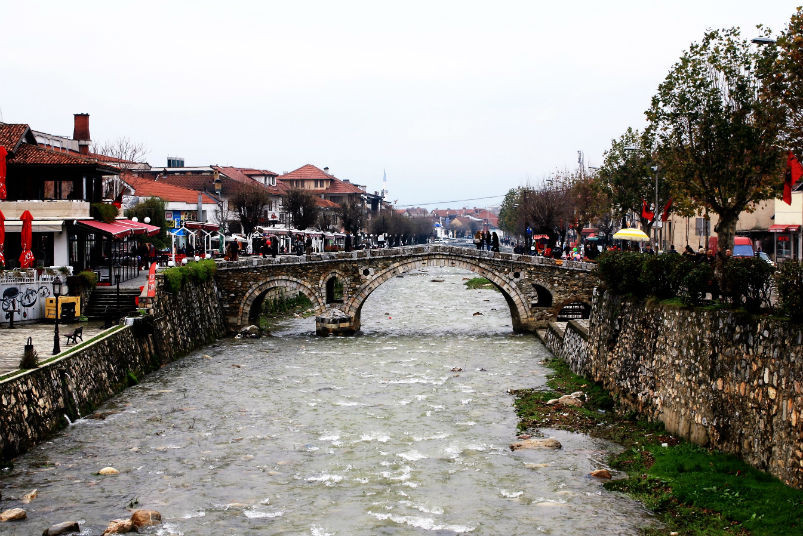 Kosovo is one of the world’s newest nations. It doesn’t get too many visitors. A lot of people still think there’s a war going, but that was years back- although the effects are all too evident still. Prizren is Kosovo’s second city, and this small place gets even less visitors than the country’s capital Pristina, which doesn’t get a whole lot of tourists anyway. It’s a shame too, there’s a whole lot of Raki to go around while you take in all the history on offer. 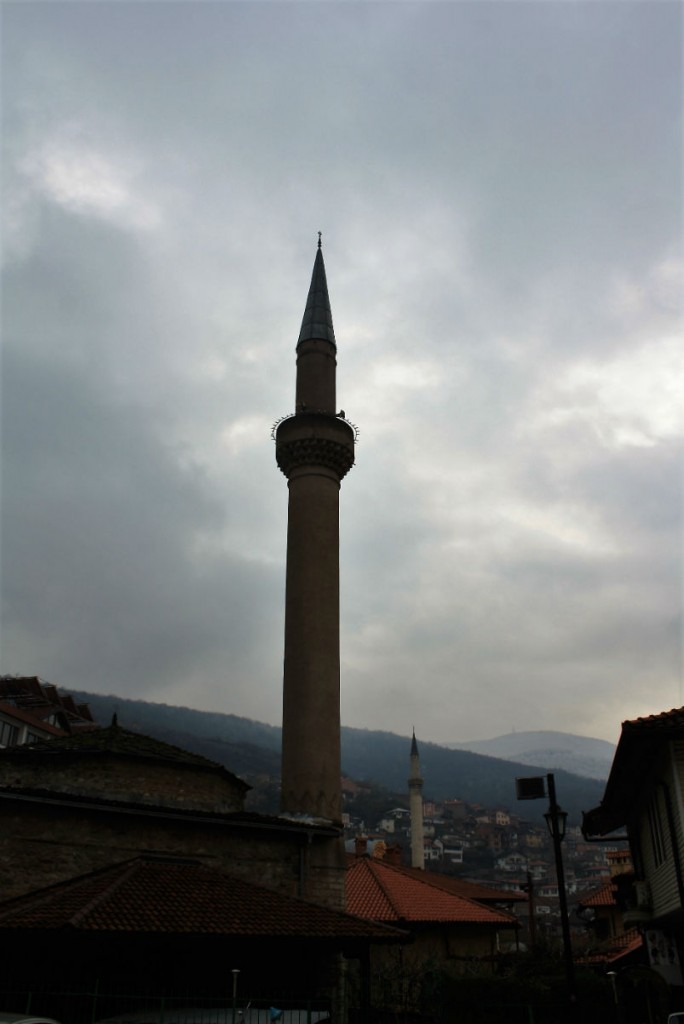 Kosovo declared independence from Serbia in 2008. This was after war in 1999 and then more trouble in 2004– mostly along ethnic lines. By this point, most of the Serbian population had left or been kicked out, leaving Albanian Kosovars as the overwhelming majority. They didn’t much like being subservient to the Serbians. The Serbs though, and a great many other countries, still haven’t recognised Kosovo’s independence.

My hosts at the hostel were proud of their independence. We drank Raki and toasted Kosovo’s freedom. The young population of the nation might struggle with unemployment and emigration to Western Europe, but they certainly have spirit and determination- especially when it comes down to drinking. 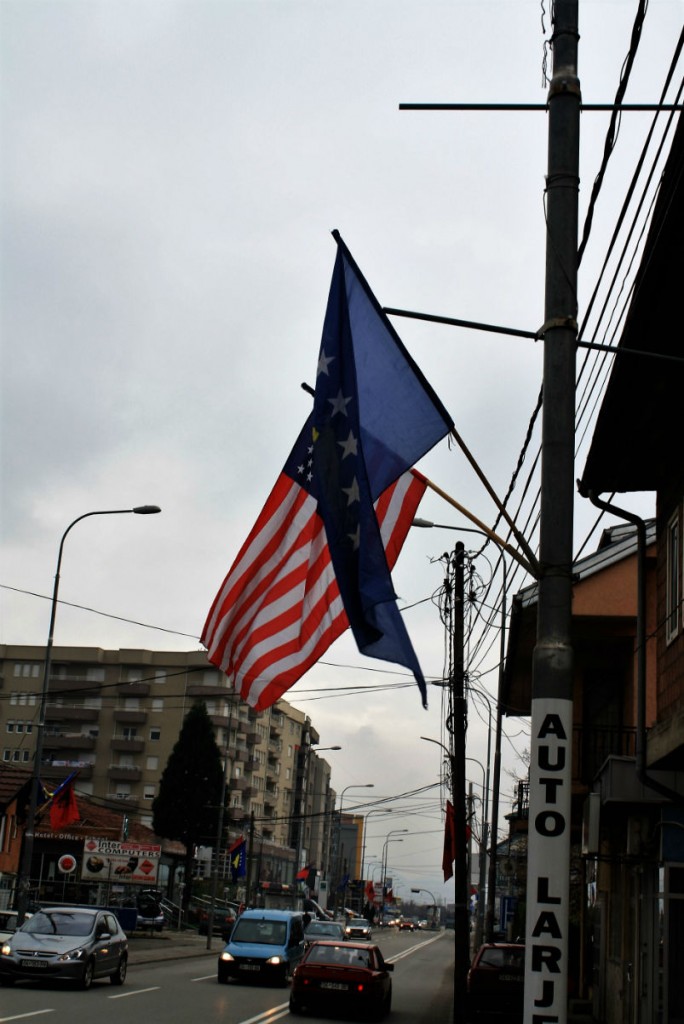 On the hostel wall was a bus timetable. Written next to Belgrade- the Serbian capital- was a huge question mark, then the simple question: ‘Why would you want to go here?!?’. The hostel’s allegiance was clearly apparent. As was the whole city’s. The flags of Western Europe, those nations that supported Kosovo’s independence, adorn the lamp posts of the streets, and on a building facing the main road, is written a huge thank you to those countries that helped in their struggle. 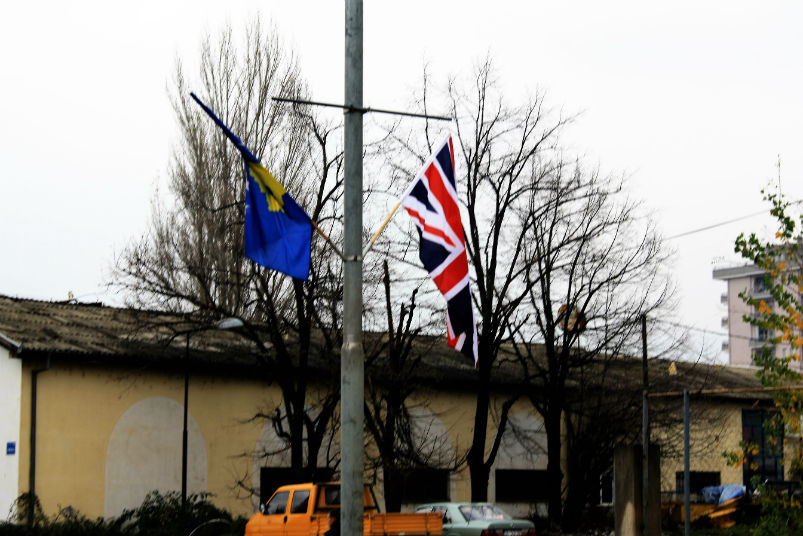 It was also almost Albanian Independence Day. One of the most important days on the calender. The locals claimed that they celebrated it more fiercely here than even the Albanians across the border did. I expect the Albanians claim the same story too though. It did mean that everyone was getting ready to celebrate. The Raki was just the warm up. 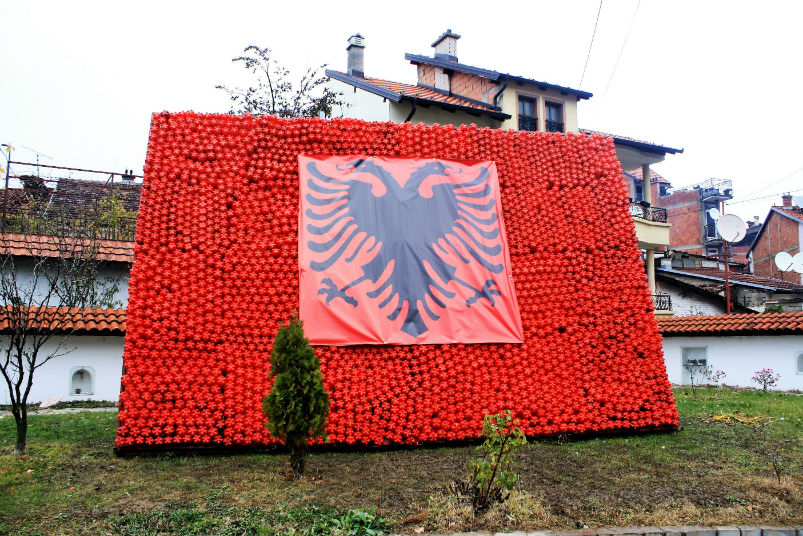 Prizren has played a key role in Albanian and then Kosovar nationalism. It was home to ‘The League of Prizren‘, an early Albanian independence movement which fought the Ottoman Empire. The historic buildings of the movement were garishly decorated in the blood red of the Albanian national flag when I visited. 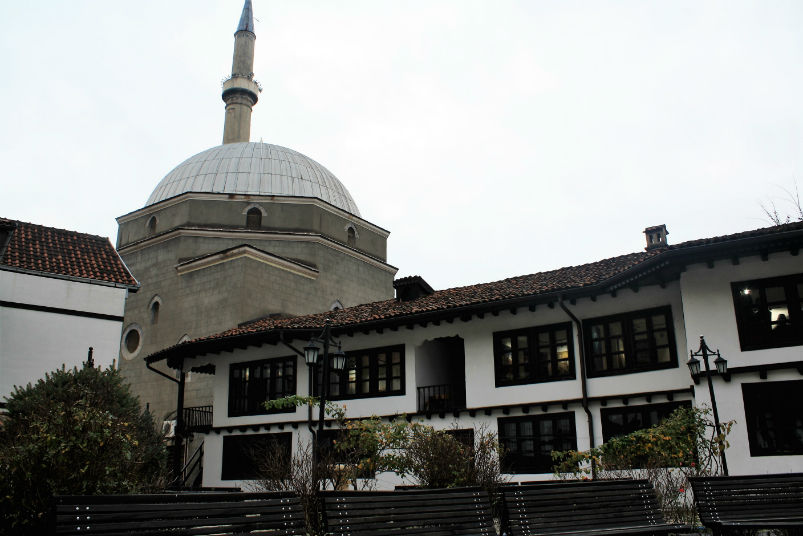 The territory of Kosovo itself wouldn’t see independence until much later than their Albanian cousins. The region eventually fell under the rule of Serbia, and then became a part of Tito’s Yugoslavia. Even while this fractured country broke apart, Kosovo still failed to achieve its own breakaway. Then in 1999, nationalist insurgency turned into all out war, and events took a turn to the dark side.

Prizren had a large Serbian minority before the war. While the city didn’t see any fighting itself, it did bear witness to a mass exodus of people. Today, the old Serbian neighbourhoods still lie empty and in ruins. Kosovo may be proud of its independence, but it may not be too proud of the war for that freedom, and as with anywhere in the Balkans, ethnicity is a touchy subject. Everyone claims the other side committed all the atrocities. 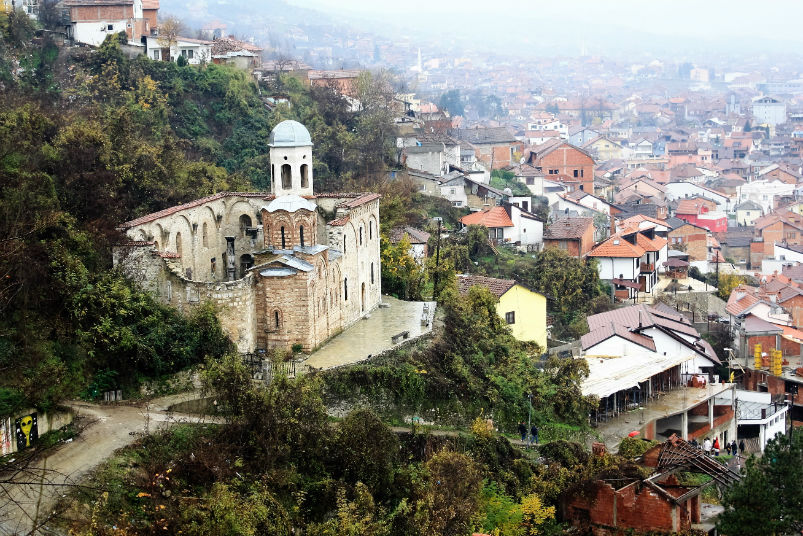 Walking up to the fortress which sits on the hill above Prizren I passed an abandoned Serbian Orthodox Church, which hasn’t seen any congregations since before the war. The city’s skyline was punctuated by the minarets and domes of the Albanian Kosovar’s mosques, while the calls to prayer reverberated through the Ottoman-esque streets below. 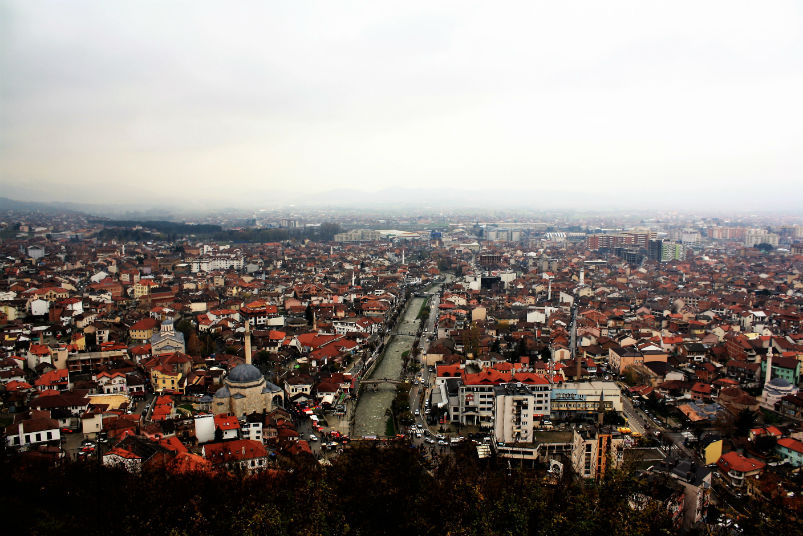 Albanian flags were waving alongside the blue flags of Kosovo and the flags of the United States, Great Britain, Germany, France- all those who supported this tiny country’s fight for independence against Serbia. But I realise that these flags only really tell half the story. In the shadows of historic Prizren, there still lurks the darker presence of the conflict. Freedom it would seem, is never clear cut.

What was clear, as the streets began to fill later that evening, as the Raki flowed and Prizren celebrated independence, was that this small country wasn’t looking back. Kosovo, and especially the youth, are looking to the future, to ensure that the price paid for that freedom can be justified. And that was a good enough reason to down more Raki. 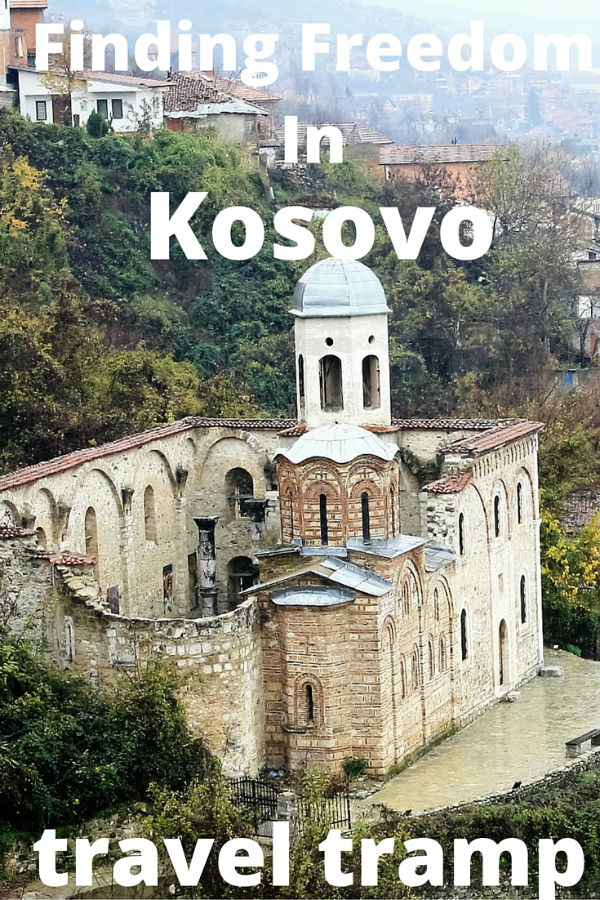 Prizren is well worth a stop on any itinerary through this region of the Balkans and easily accessible by bus from either Tirana in Albania, or from Pristina the capital of Kosovo. I stayed at the City Hostel, where there’s free beer on tap! What more could the traveller want?

Interested in Kosovo? Then why not read about my trip to Pristina too? There was tear gas and protests.