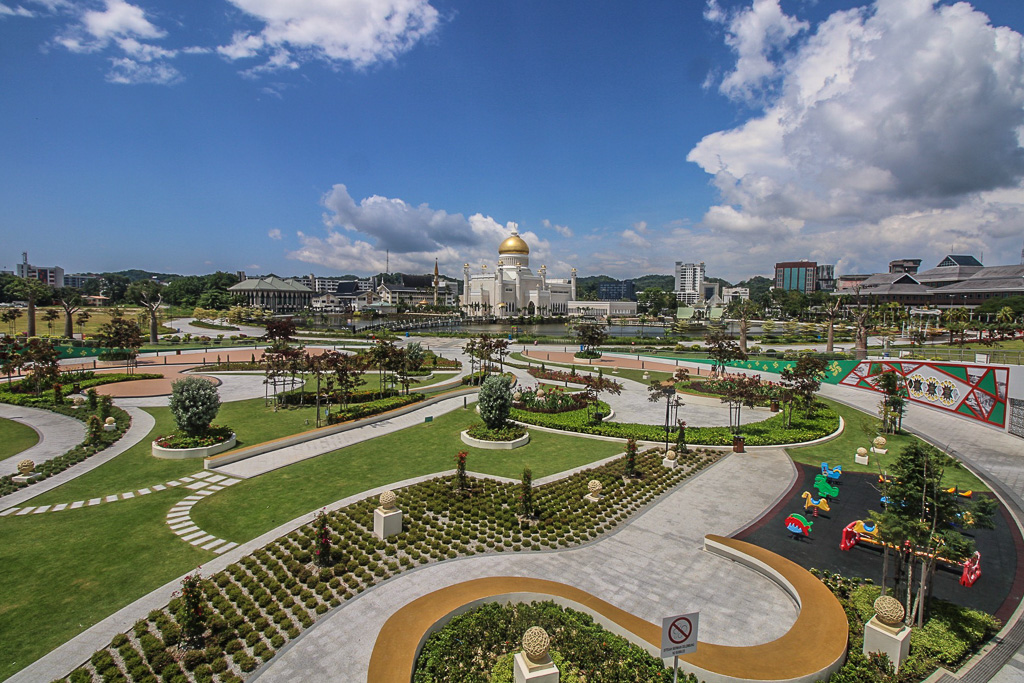 It’s the smallest of the three country’s that comprise the island of Borneo and one of the smallest nations in the world, with a population of only around 400,00 people.

Bandar Seri Begawan is where I have been exploring for the last few days, photographing the Islamic inspired architecture and walking the streets in the burning hot Bornean sunshine.

I’m visiting Brunei because for one, I have never been here. I have seen it on the map, a small, obscure place surrounded by the Malaysian states of Sabah and Sarawak and Indonesia, just a small part of the huge land mass of Borneo, and I’ve always been intrigued as to what is here and how it came to remain independent of the larger nations surrounding it. I had no idea what there was to do or if tourists were even ever seen here.

I really knew very little about Brunei, but just two days into my trip here, and I am starting to realise there is more to Brunei than I ever anticipated.

To give you a taste of Brunei here are the latest Photos From The Road, from the capital city, Bandar Seri Begawan!

Walking the streets of Bandar Seri Begawan on a Saturday afternoon, I found things to be extraordinarily peaceful. I was surprised at how quiet everything was, especially as it was the weekend. I was able to stroll around the parks, the waterfront and into the extravagant and architecturally beautiful grounds of the Omar Ali Saifuddin Mosque, the real centre piece of the city.

This white mosque crowned with gold literally shimmers in the sunlight, and is one of the most beautiful, if overly extravagant buildings I have ever seen in South East Asia. Brunei is an Islamic State, and this mosque was built in 1958 by its namesake Sultan Omar Ali Saifuddin as a place of worship for the people of Bandar Seri Begawan, and as sign of his nation’s commitment to their religion.

The mosque dominates the city centre, and walking around in the midday heat I was beginning to realise that no one else in Brunei was quite foolish enough to be tramping around in the burning sun. To escape the heat, I took a bus to the Gadong Mall, the city’s largest shopping area and soon found that actually, the air conditioned shopping mall is where all the locals were. They had the right idea all along. It wasn’t quite such an abode of peace at Gadong, but it was however, much, much cooler… 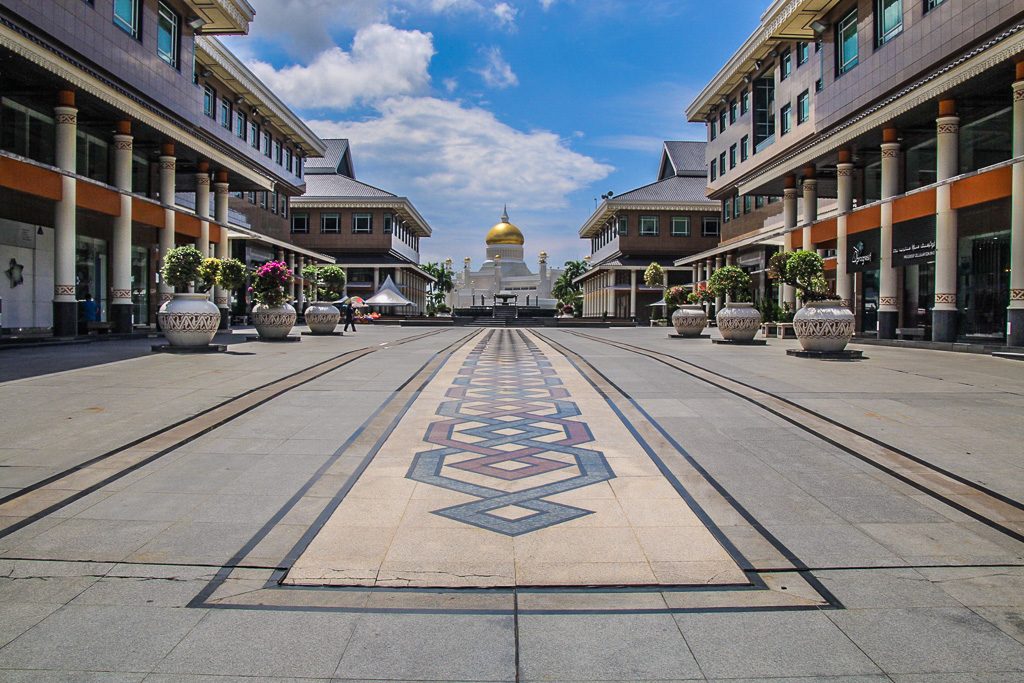 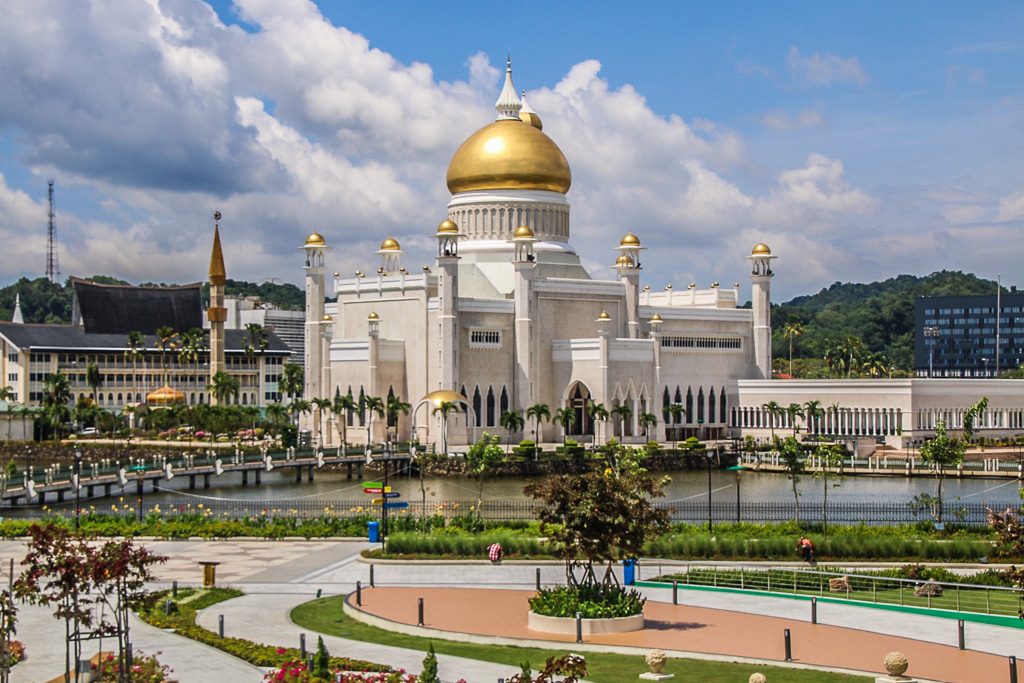 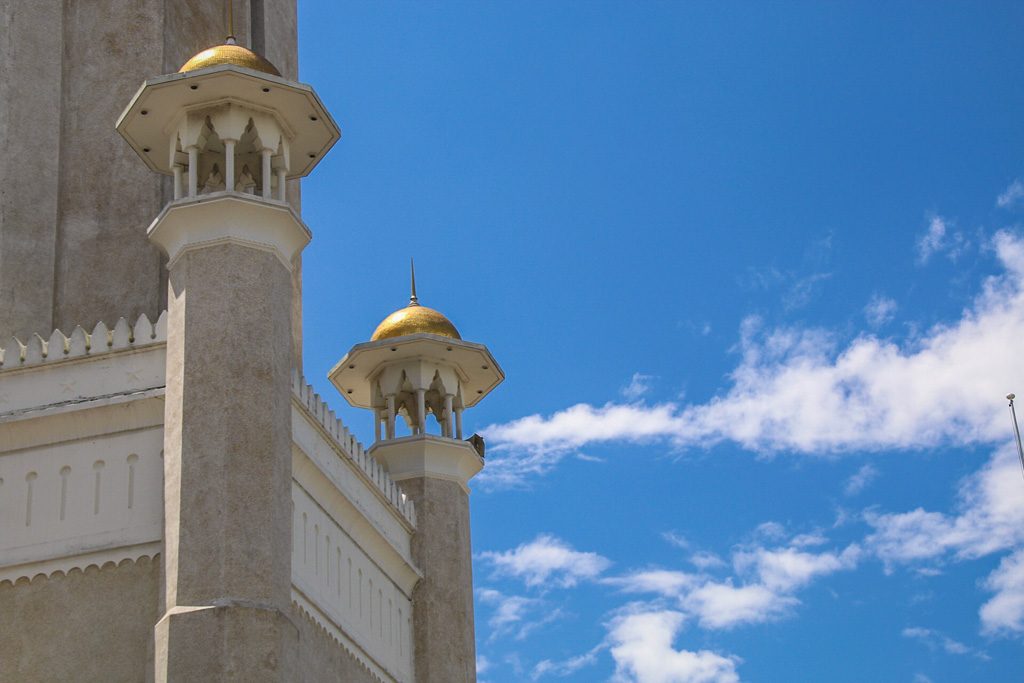 Next to Gadong Shopping Mall is the more traditional Pasar Malam, the night market, where from late afternoon until early morning local vendors and cooks gather to set up their market stalls, cook their dishes and feed their hungry customers.

The place was busy with locals buying cheap dinners. The most expensive dish on offer cost no more than 3 or 4 Dollars and there was everything from big bowels of fried noodles to mega sized bottles of iced chocolate drinks. Needless to say I began gorging, and spent more than my fair share of time and dollars at the night market that evening. 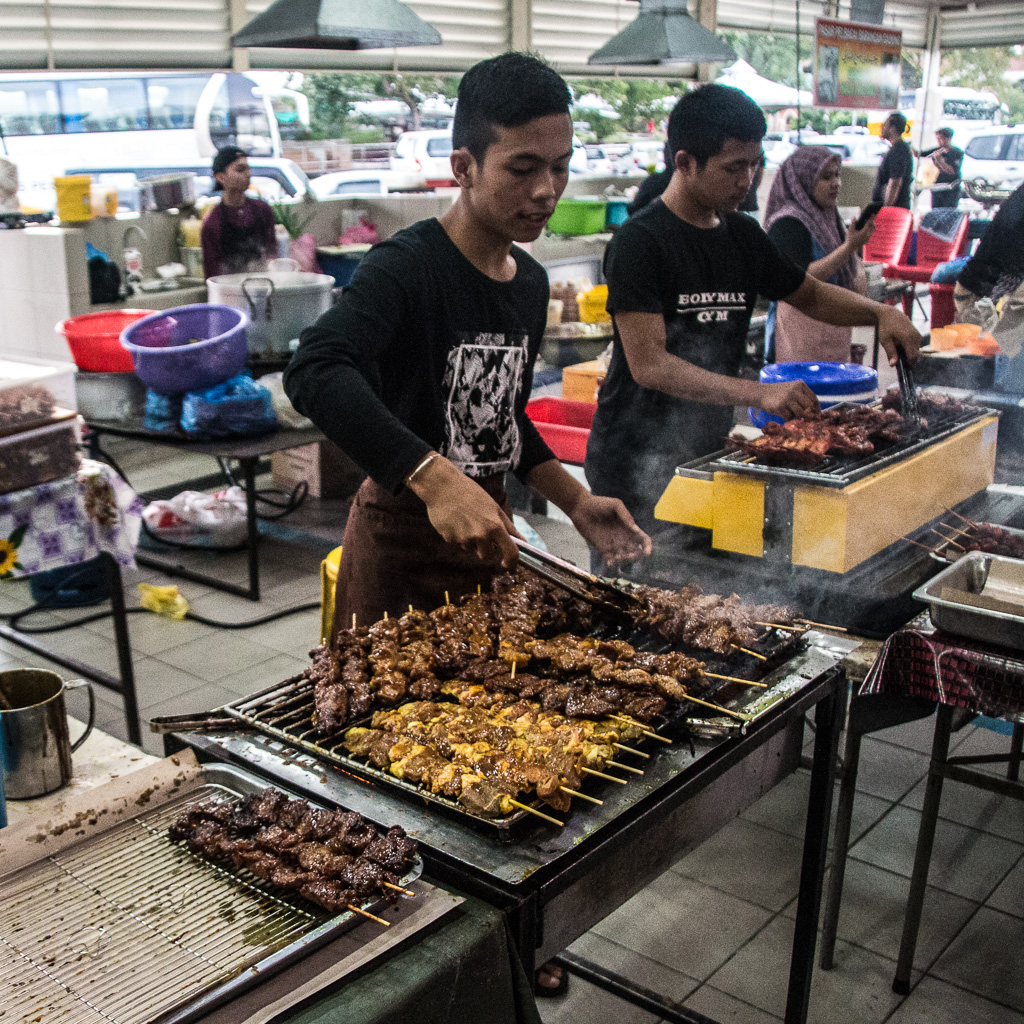 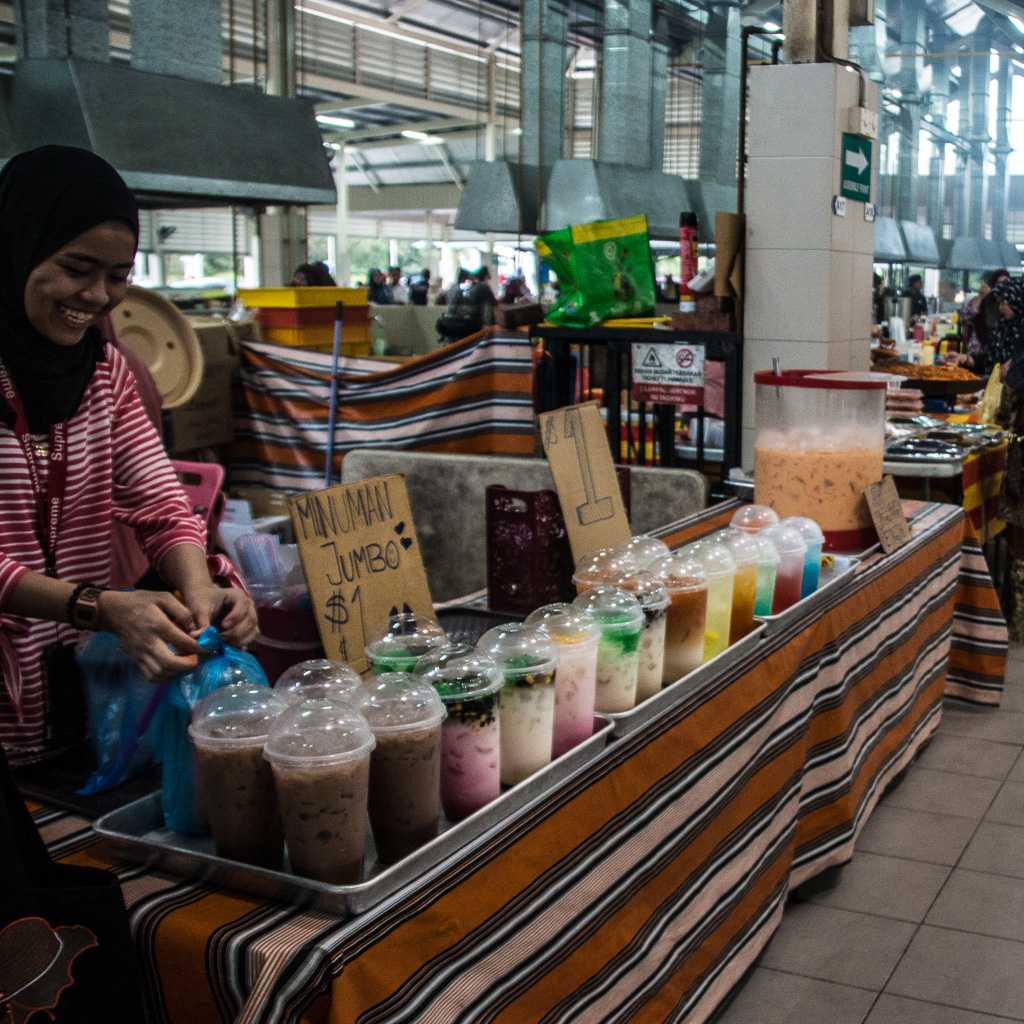 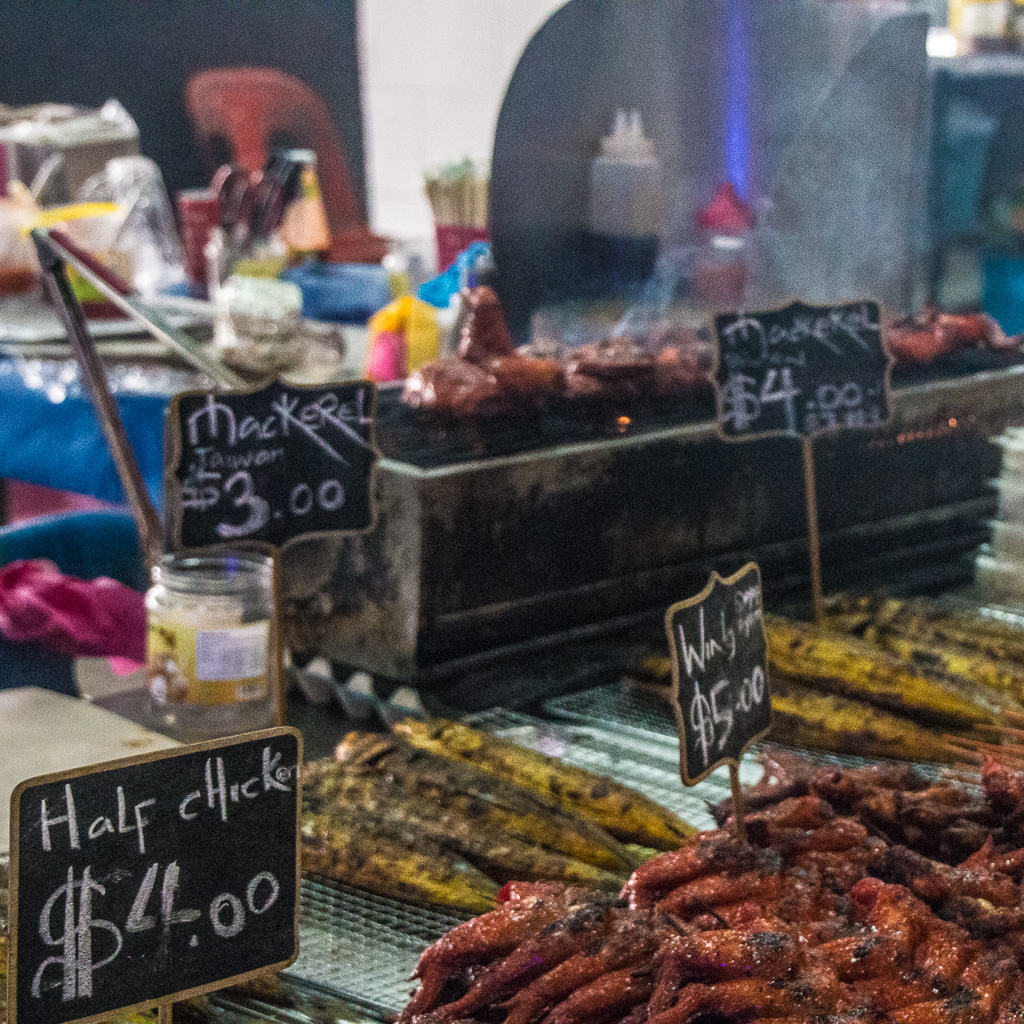 This morning I discovered even more about the Bruneian lifestyle. I had known that Bandar Seri Begawan was home to a few water villages, traditional houses placed on stilts above the river. What I hadn’t anticipated was the scale of it! Brunei’s Kampong Ayer is in fact the largest water village in the world, home to almost 30,000 people. Away from the quiet streets of the city centre, the water village it turns out is where the rest of the city who aren’t at the shopping mall tend to hang out, and actually live day to day.

A local water taxi man- his name was Roy – took me out for a tour of the villages, but we barely covered a fraction of the river. The houses stretch for miles, and amongst the homes are schools, shops, restaurants, police and even fire stations. All of them floating. It was an incredible place to see, and somewhere I hadn’t fully realised the true extent of before visiting. 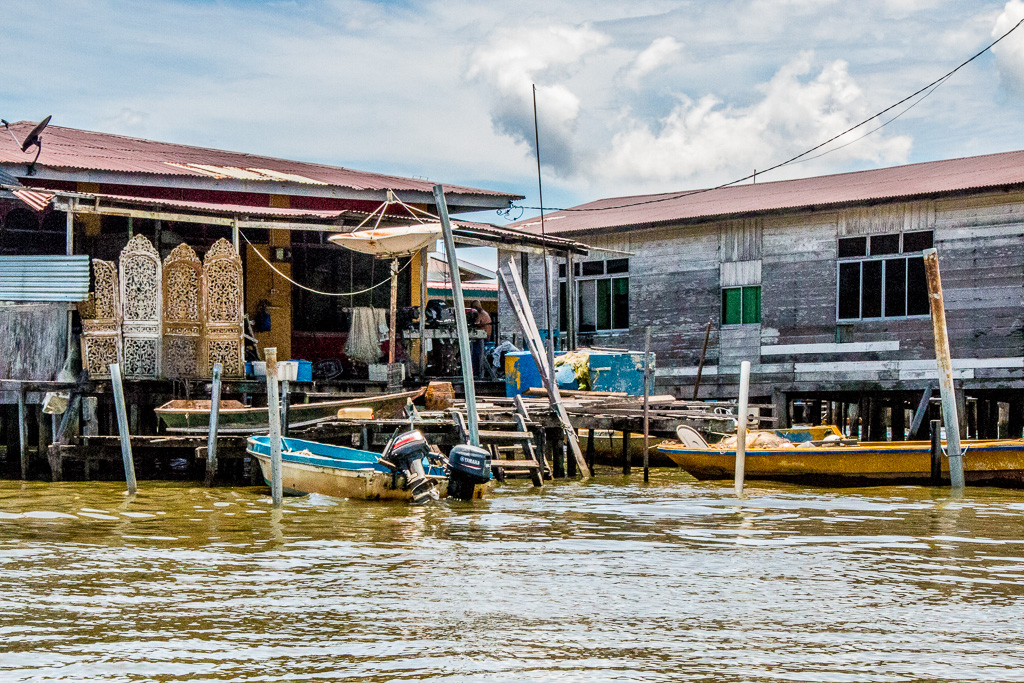 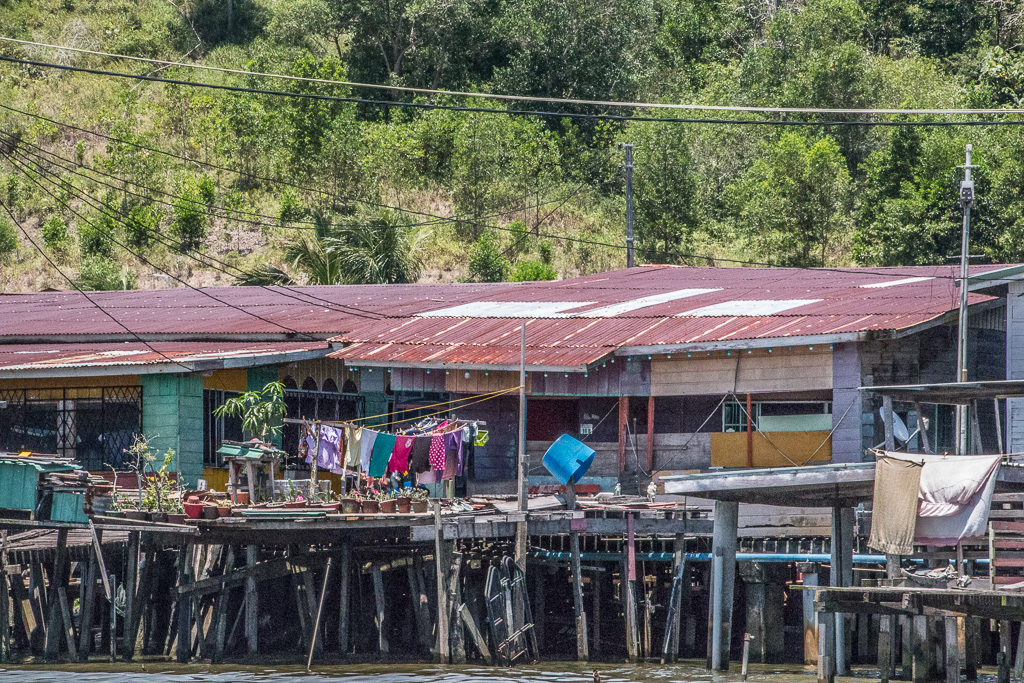 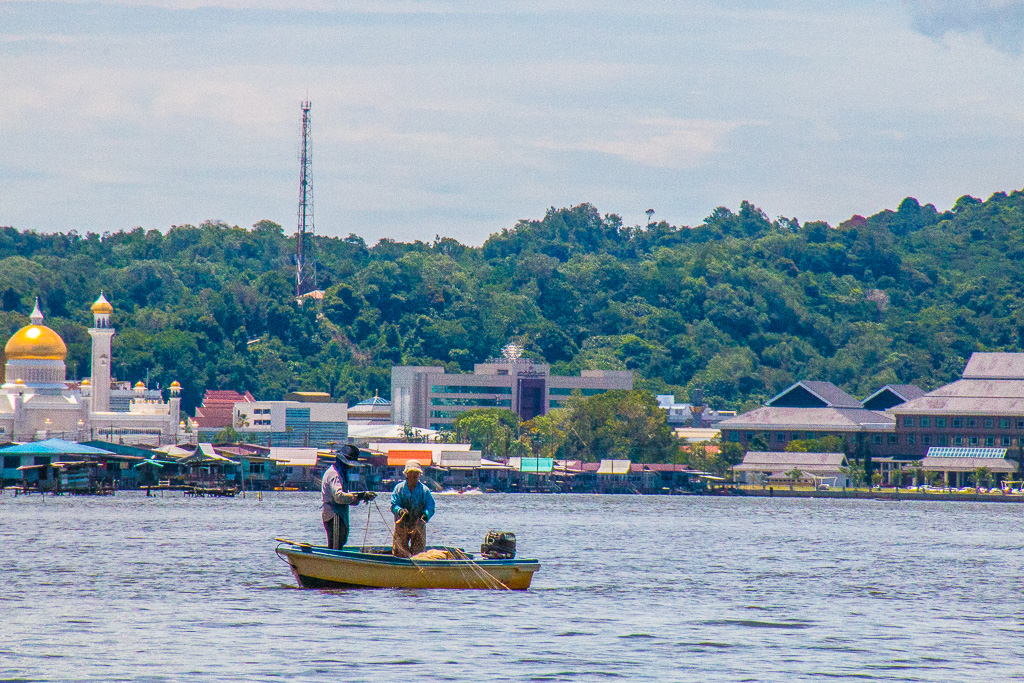 Brunei isn’t really set up for tourism, and certainly not for budget travel. I struggled to find anything online of good value that was also close to the city centre. This actually proved impossible, so rather than wasting away money on an expensive, over rated hotel I opted for a cheaper Air BnB option just outside the city.

Before I arrived in Brunei, a few locals who I met in Kuala Lumpur had told me that there was no public transport in the country. What busses did run stopped early in the day, and it would be impossible to get anywhere. The Air BnB I’d booked is a good 7 kilometres outside of the city, and I was starting to worry before I arrived that I’d be wasting all my money on taxis or all my time on walking.

I couldn’t have been more wrong. The Air BnB was the best accommodation decision I made, it’s nice and new, rather quaint with excellent Wifi and the host even made me a big plate of fried noodles for breakfast and picked me up from the airport too. There is a bus stop just outside the building too, and although busses don’t run late- only until around 7pm- they are simple to use, only cost 1 Dollar and are fairly regular. Plus there aren’t exactly any bars in Brunei – it’s a dry country- to keep me out much later anyway. Most Bruneians tend to own their own cars, and rarely use the available public transport, so rather than it not existing like the locals warned me, they just genuinely don’t seem to know it’s possible to get around on it effectively because they don’t need to bother.

If you are travelling to Brunei then I would recommend signing up for Air BnB to book your accommodation. Use this link HERE and you’ll get £25 free credit towards your first booking! 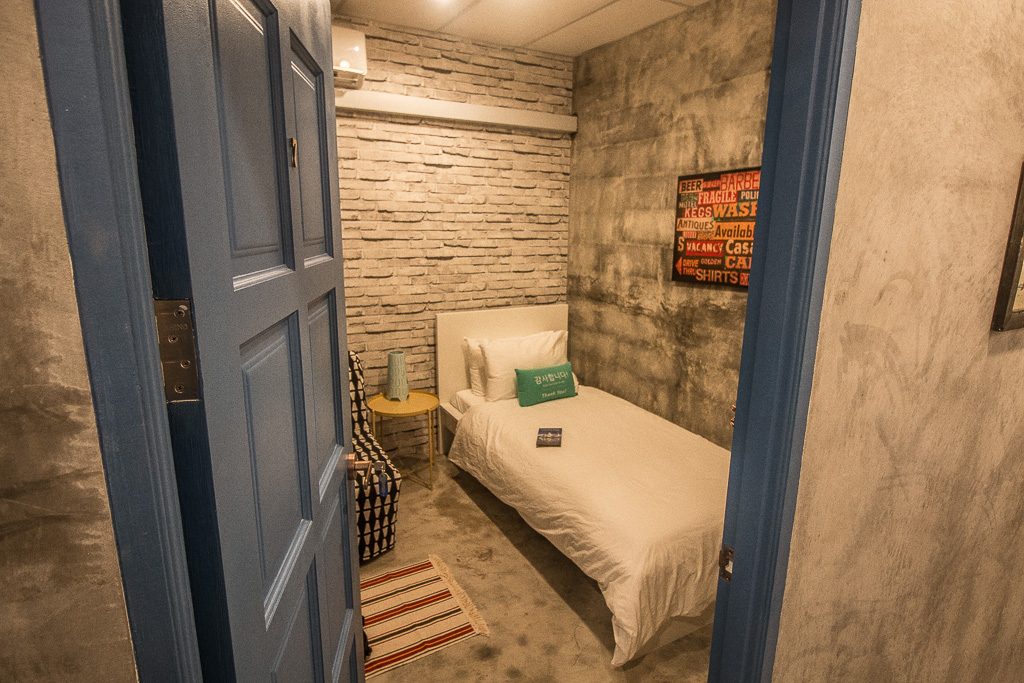 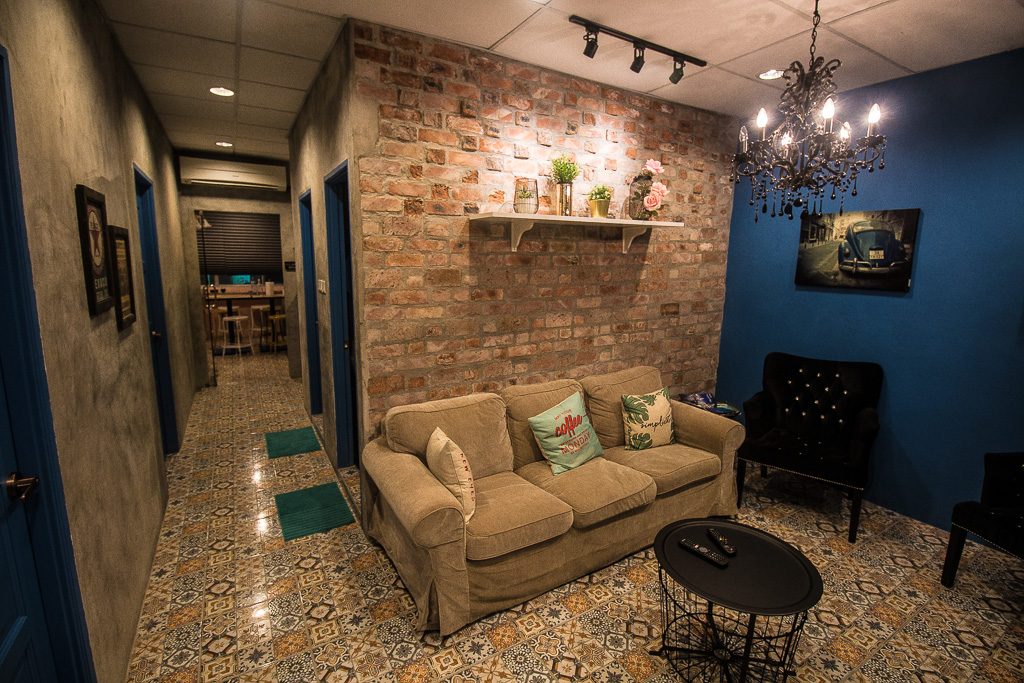 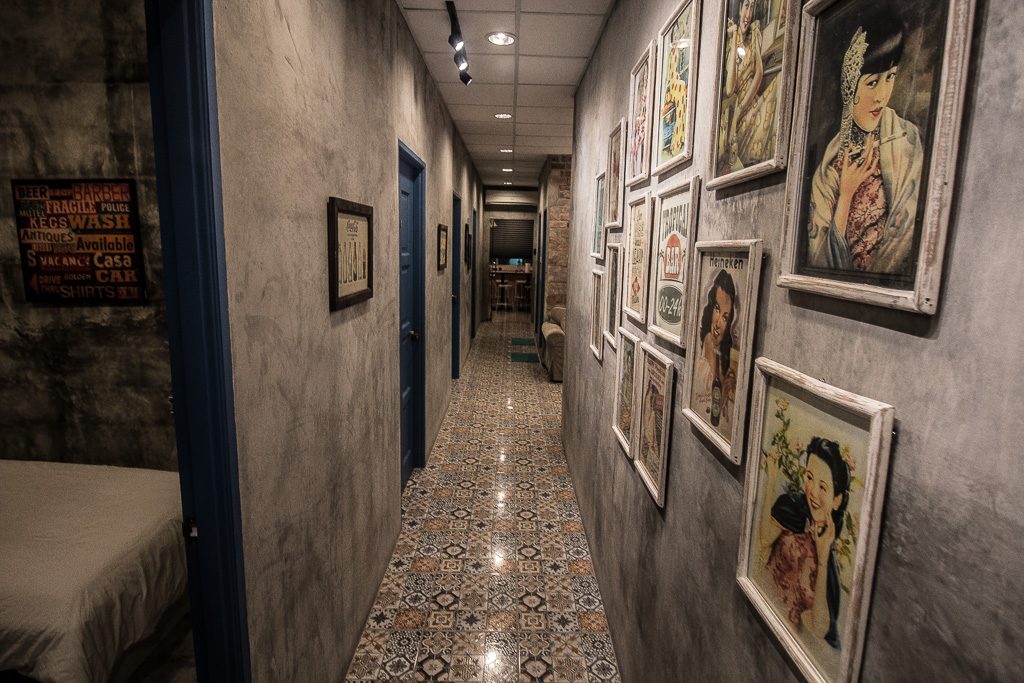 The Countdown To Coron!

Brunei is a small country, and most of the land they have is in fact sill rainforest. I didn’t know what exactly there was to do in the country before I got here, but I found a trip which heads off into a nearby national park for the day and tomorrow I’ll be boating off down the river to explore Temburong National Park, which I’ll be honest, I didn’t even realise was a thing. Brunei is full of little surprises.

All too soon though I’ll be saying goodbye to Brunei as I fly off to Manilla, then onto Coron in the Philippines. It’s almost time for the first ever Travel Continuously Summit, which I’ve been working on and organising since the start of the year, and it’s looking set to be epic.

The countdown to Coron is well and truly on…

Travelling to Brunei? Sign up for Air BnB to book your accommodation using this link HERE and you’ll get £25 free credit towards your first booking!