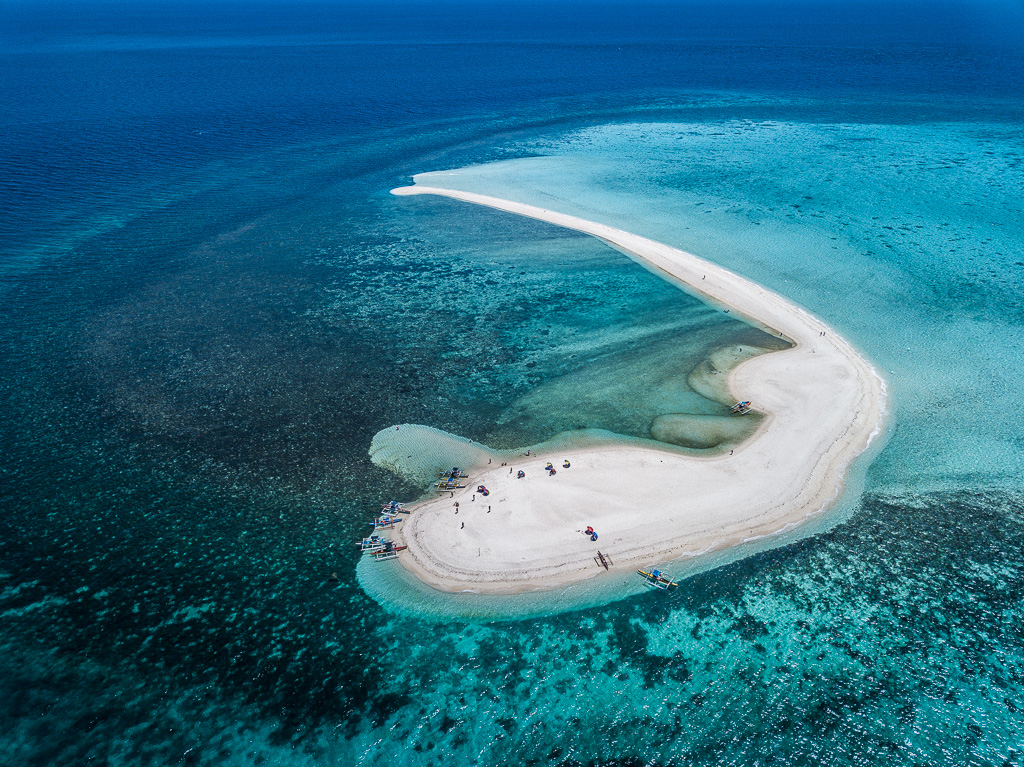 This week’s update has come around way too fast! It feels like just yesterday that I was writing about the Travel Continuously Summit in Coron and wondering how I would fare travelling across Mindanao.

Well a week later and I am sat on a beach on the island of Bohol having just traversed Northern Mindanao on one epic journey.

And you know what?

No one kidnapped me, and I still have my head firmly attached to my shoulders. 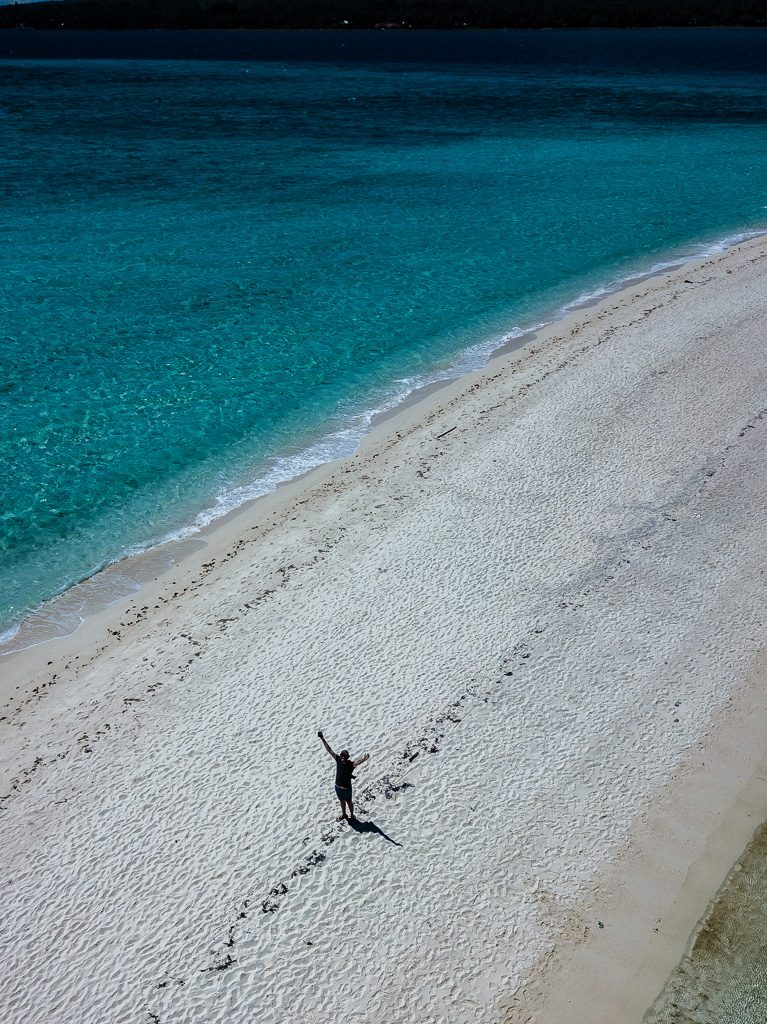 Mindanao – The Second Largest Island In The Philippines

Mindanao is a region of the Philippines that has, to be quite honest, a reputation internationally as a dangerous war zone. For most travellers to the Philippines, it’s a place to be avoided – lumped with the likes of Syria, Yemen or Iraq.

Governments worldwide have travel advisories warning against travel to this southern region of the Philippines, warning of kidnappings and conflict.

But Mindanao is the country’s second largest island, and arguably the most diverse and interesting, and I knew that it couldn’t all be bad. This was a place I just had to see. Millions of people call this island home and although some areas are unfortunately conflict strewn, I was fairly confident that the northern areas at least were safe.

This is a place where few foreigners rarely dare to tread, a huge red area on the sprawling map of the Philippines known more for its kidnappings and beheadings than for its tourism industry.

This would be a real adventure.

Nothing excited and scared me more in the Philippines than the thought of Mindanao. 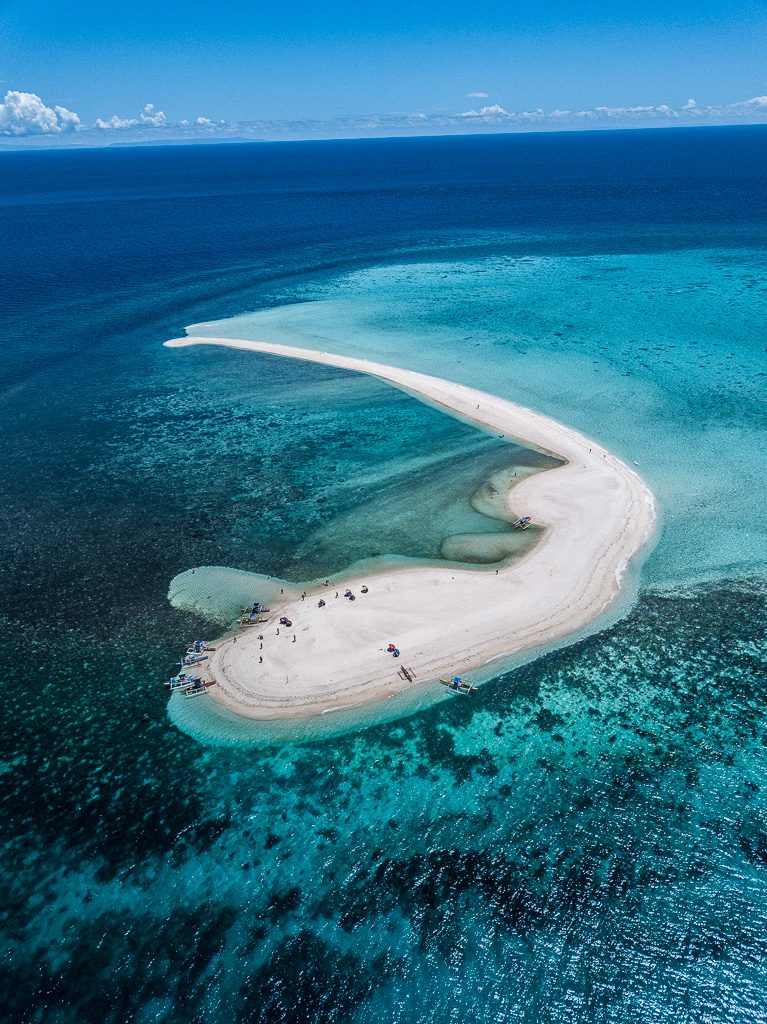 There was only way to find out what this island was really like, and that was to visit Mindanao. I booked a one way flight from Coron to Cagayan de Oro in Northern Mindanao, not really knowing what to expect or if this was a good idea.

Cagayan de Oro – CdO as it’s known for short – is the largest city in the north of the island. I couldn’t find much to actually do here in the city before I arrived, the number one thing on Tripadvisor being to visit the shopping mall, which of course I did first.

I stumbled across a tourism information office in the city centre, and was welcomed in by the tourism board of CdO with literal hugs and hand shakes. I was the first Englishman they had ever seen in the city, and they gave me a run down of the best things to do in Cagayan de Oro. 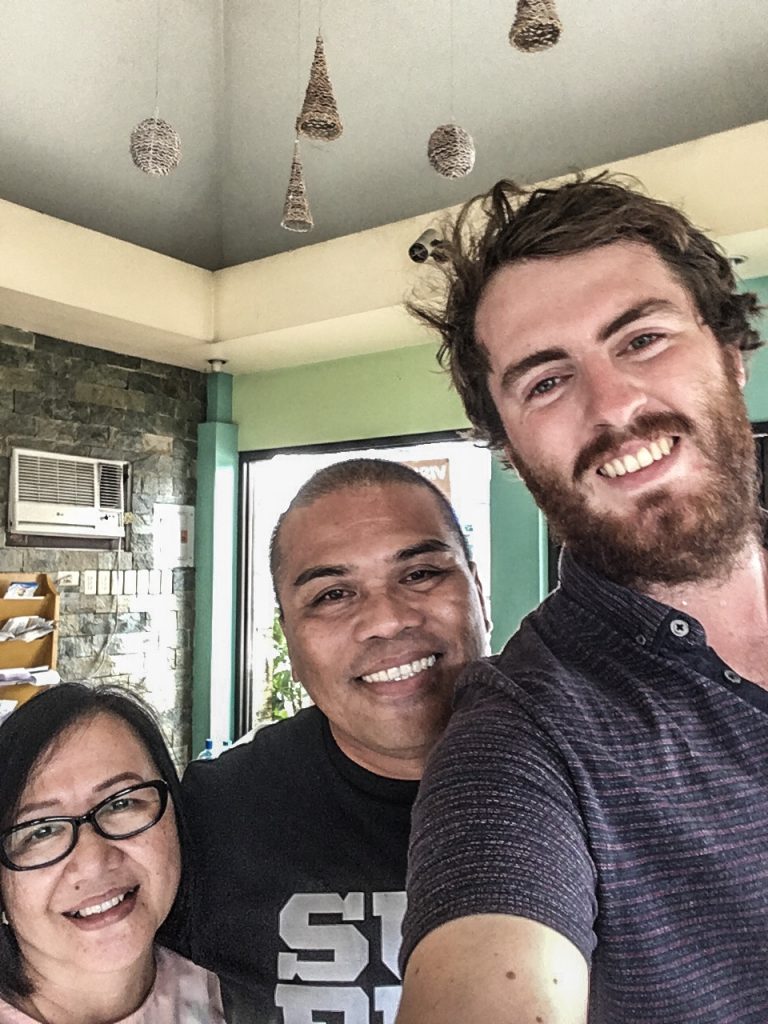 It turns out there was more to do than I’d realised, and after a few selfies in the office the tourism board soon had me off in a Jeepney and driving out into the countryside to go white water rafting. It turns out that amongst local tourists in the Philippines, Cagayan de Oro is the adventure capital of the country,

I was looking out around every tree for Al Qaeda or Isis terrorists to appear and kidnap me for ransom, but before I knew it I was safely down by the river in Bukidnon, the mountainous region inland of CdO, and getting geared up for rafting.

There were plenty of Filipinos from across the nation visiting, but I was the only foreigner on the trip. The locals welcomed me in though, asking if I was scared to be in Mindanao before laughing it off. For them, this part of the country is as safe as anywhere, and we were soon off down the river hitting rapids on the rafts. 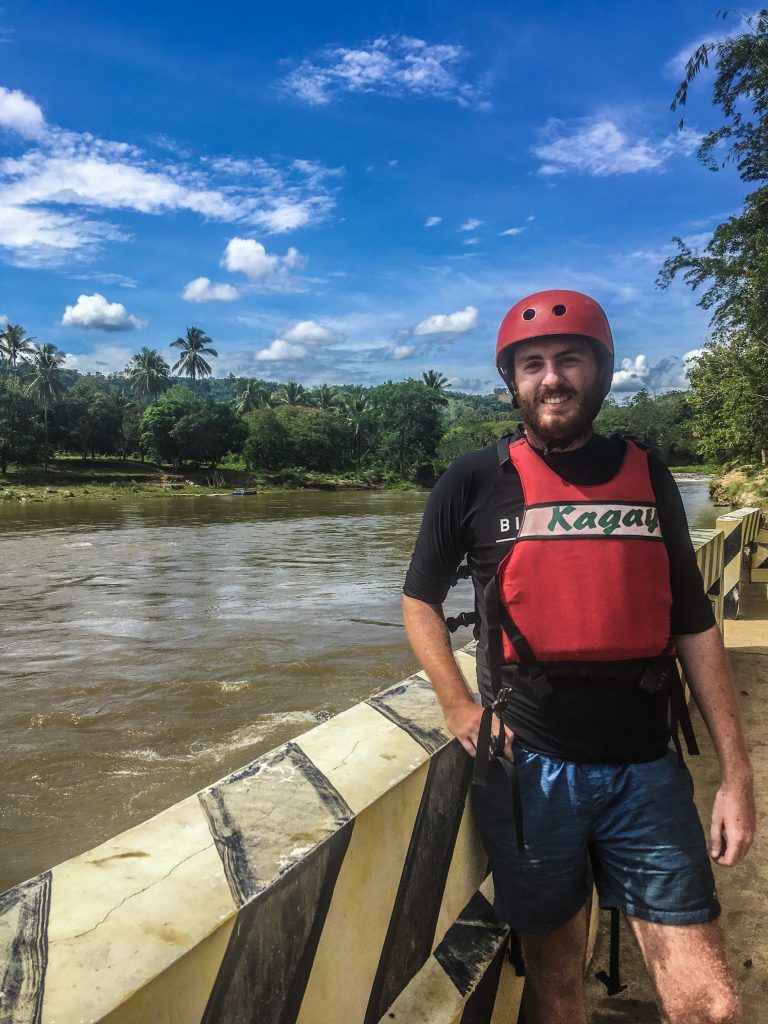 The next morning I met with Earl and Deo, two motorcycling vagabond locals from CdO who Earl’s sister in Coron had put me in touch with – Earl’s sister incidentally had joked that she was part of Abu Saif when I first met her on the tour she was guiding and she said she was from Mindanao, which filled me with confidence for the trip ahead…

I’d never met either of these two fellows before but soon enough I was on the back of a Honda motorcycle speeding off down the highway towards Iligan City.

Iligan City is known as the City of Majestic Waterfalls, because it’s a city surrounded by majestic waterfalls. Makes sense right?

It’s also known for being the city closest to Marawi, where the infamous siege occurred just a year ago. In fact, it was pretty much one year exactly from the ending of the siege when I visited Iligan City a week ago.

This didn’t put Earl or Deo off though, and they showed me around the city, the waterfalls and occasionally threatened to kidnap me and sell me to Abu Saif. 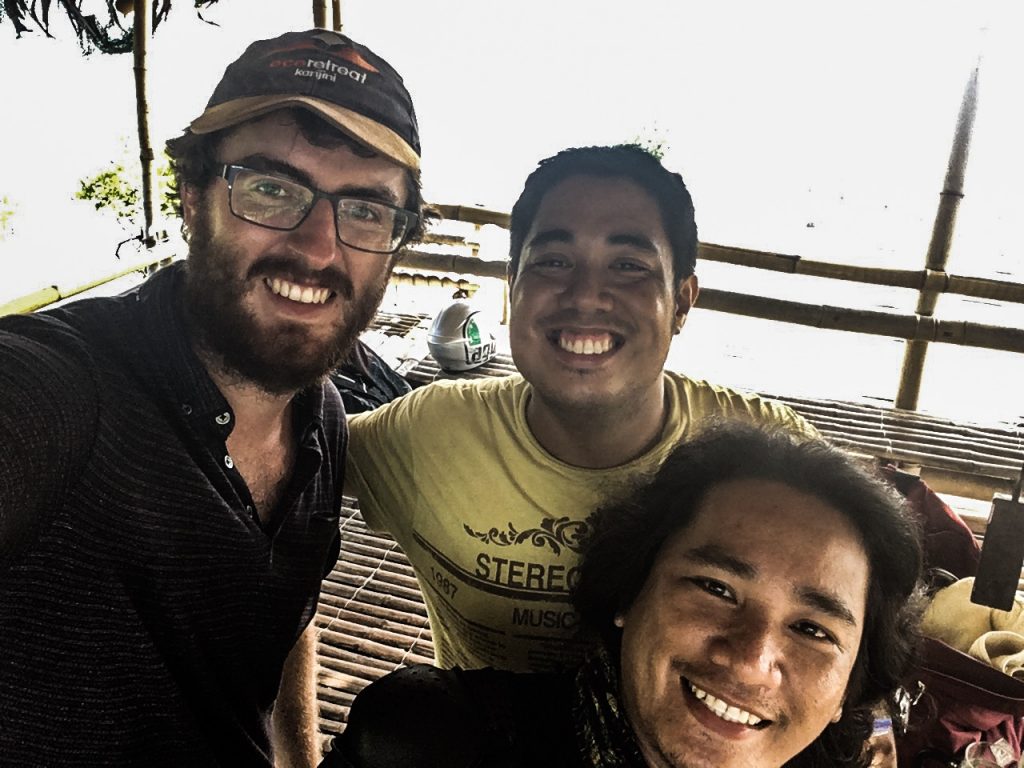 They gave me a commentary on what it was like here when the war was happening last year. They themselves in CdO weren’t overly affected by it, just the inconvenience of more and more security checkpoints, but they knew people who had been caught up in it. Earl even visited Marawi at one point to photograph his friends in the army there.

It’s a horrible shame what occurred in Marawi, and even now the city is still closed off.

As a tourist, the closest you can get is Iligan, where the locals are getting on with their lives and visitors are again enjoying the beautiful, crazy waterfalls.

There was a lot of security in the city itself but the only thing that was really dangerous to my health in Iligan was the ridiculously delicious but outrageously fatty Lechon we ate too much of. 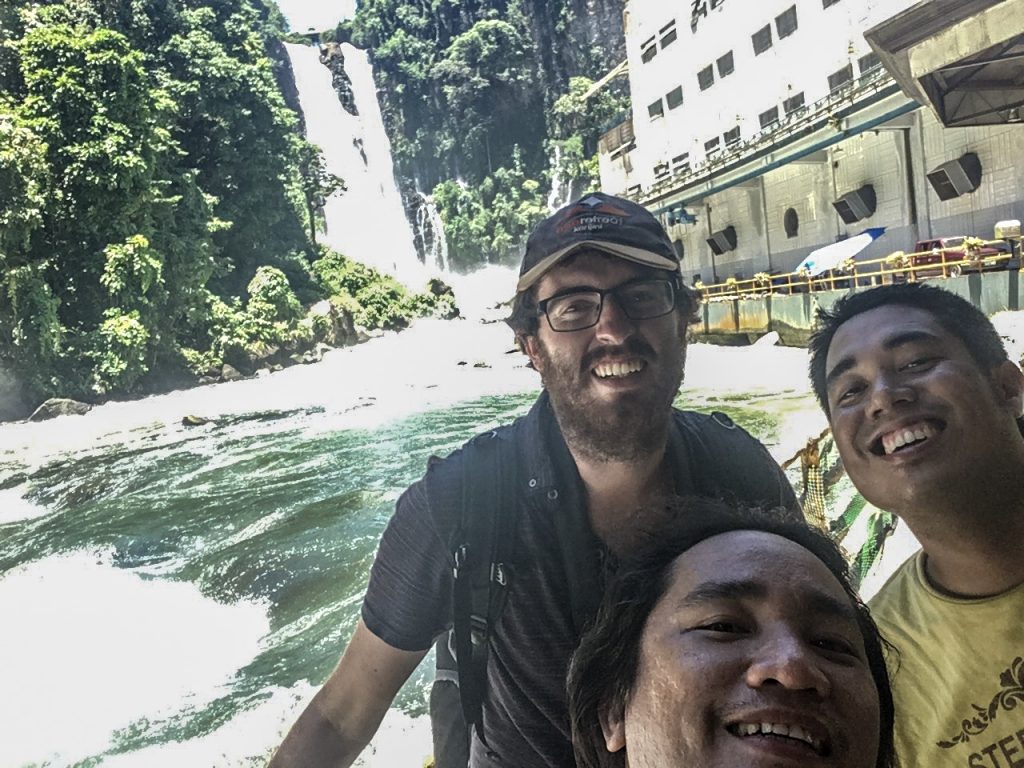 Camiguin – The Island Borne Of Fire

I didn’t have too long to spend in Mindanao, so after CdO and Iligan City I made my way by bus and boat across Mindanao to the small volcanic island of Camiguin, in search of a fabled white sand bar.

Camiguin is just off the coast of Northern Mindanao, and it’s a care free tropical paradise. There were more tourists here than the mainland but in comparison to hotspots around the Philipppines this place is seriously under rated and unknown.

Camiguin is the island borne of fire, volcanic land that’s made up of volcanic peaks and black sand beaches.

There’s a strange sunken cemetery off the coast, lost to the sea in one of the islands many volcanic eruptions and just a short boat trip away is a White Island, a fabulously white, almost unreal sandbar just sitting out in the ocean.

It’s incredible to see. I spent a few days at the Medano Island Resort looking out over White Island from Camiguin, were of course I was treated like I was at home. The whole staff even insisted  on a group photo when I left with ‘the blogger’! 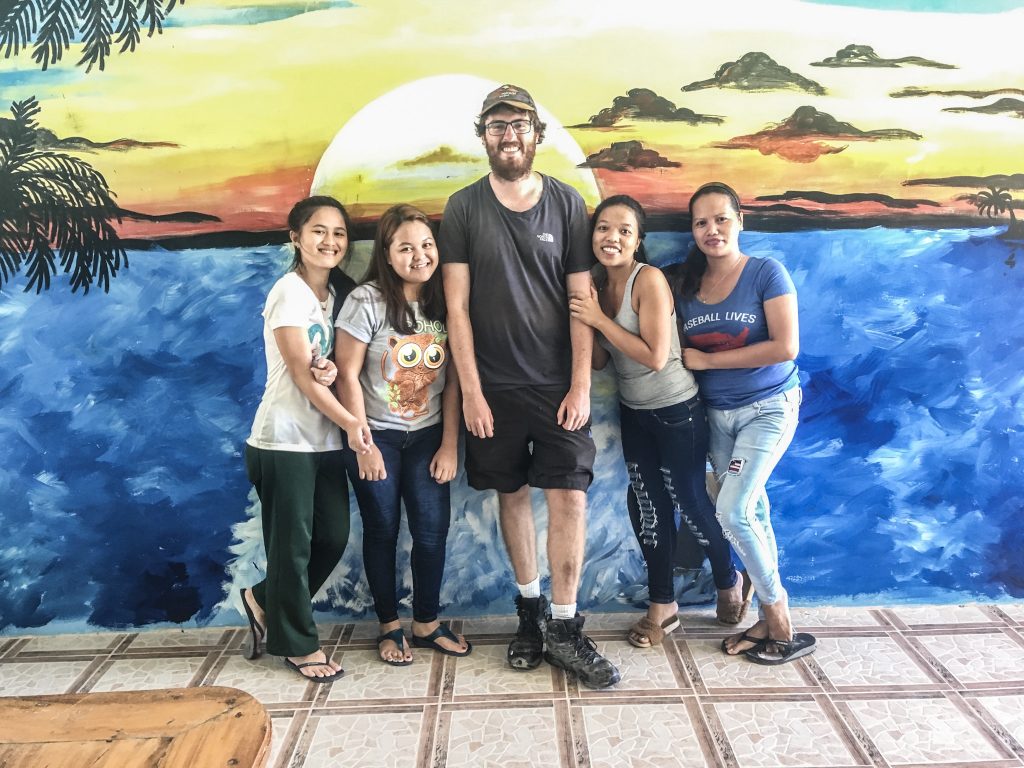 My Last Few Days In Bohol

There are many more articles on the way about Mindanao – oh and Coron, I need to catch up on those too – but anyone who has travelled in the Philippines will know that the real struggle here is the daily fight with the internet.

It’s difficult finding good quality, reliable connections anywhere and so most of my writing will have to wait until I depart for a nation that’s better equipped to cope with uploads.

Until then, I have a few days left on Bohol, an island just a two hour ferry ride from Camiguin and closer to Cebu where I will be departing from next week and saying goodbye to the Philippines – although not for the last time, that much I am certain.

I already have plans to return to explore the rest of Mindanao next year. Like I said, it’s the second largest island in the Philippines. The opportunities for adventure are endless…

For the next few days it’s beach and beer time in Bohol where I’ve been staying the at the luxuriously off the beaten track Momo Beach House!

Photos From The Road: The Amorita on Panglao Beach In Bohol