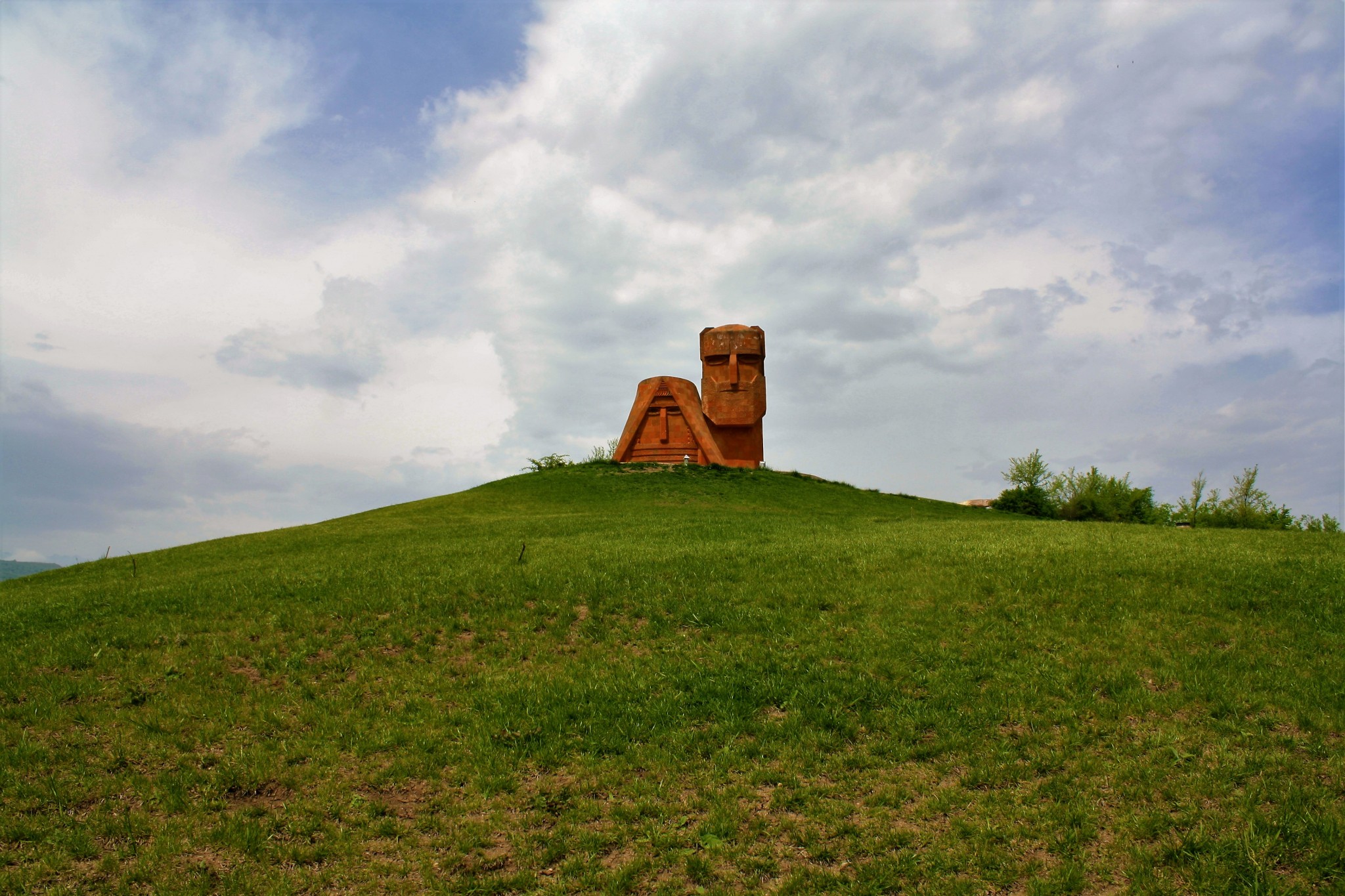 War Torn But Still Beautiful, These are the photos from Nagorno-Karabakh.

I visited Nagorno-Karabakh in April 2016. Immediately before my trip, violence had flared up along the border with Azerbaijan, threatening to reignite a bitter conflict which has never really disappeared since war broke out after the collapse of the Soviet Union in the early 1990’s.

Soldiers and civilians were killed along the front line between Nagorno-Karabakh and Azerbaijan. A few weeks later though, and things were quiet again. This is the way things have been for over two decades.

One one side of the conflict, Azerbaijan lays claim to Nagorno-Karabakh, while on the other, the Armenian population has declared what is an unrecognised independent state, and since 1994 both sides have continually broken the fragile ceasefire.

Despite the violence which had broken out earlier in the month, I decided to continue with my plan to visit Nagorno-Karabakh. There is no ‘good’ time to visit, and while things were quiet during my trip, a few weeks after, more clashes occurred.

In this article I won’t go into the politics, I won’t debate who is right or wrong, which nation rightfully owns the land or who killed who in this long and divisive ‘frozen conflict’ which explodes intermittently and viciously, leaving more casualties in what has been already a long, long war.

Nagorno-Karabakh is a beautiful place, undeserving of the political turmoil from which it is so hard to separate it from, and in this article, I hope to show you just a glimmer of this ‘country’.

Here are the photos from Nagorno-Karabakh. 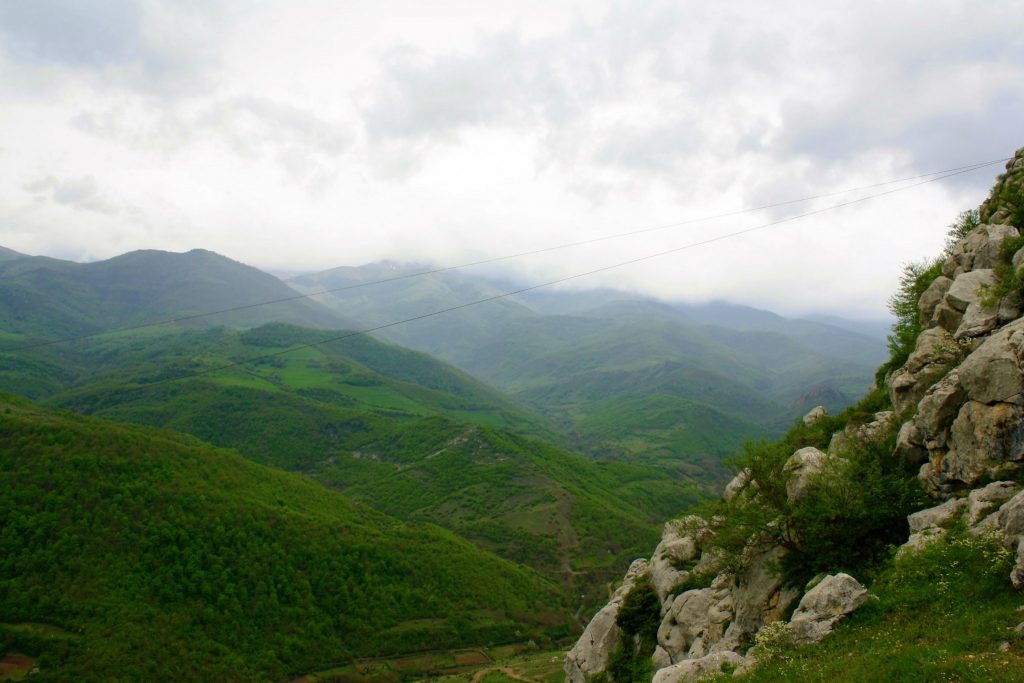 Nagorno-Karabakh is a mountainous region in the Caucasus. It is a beautiful, rugged and green land. 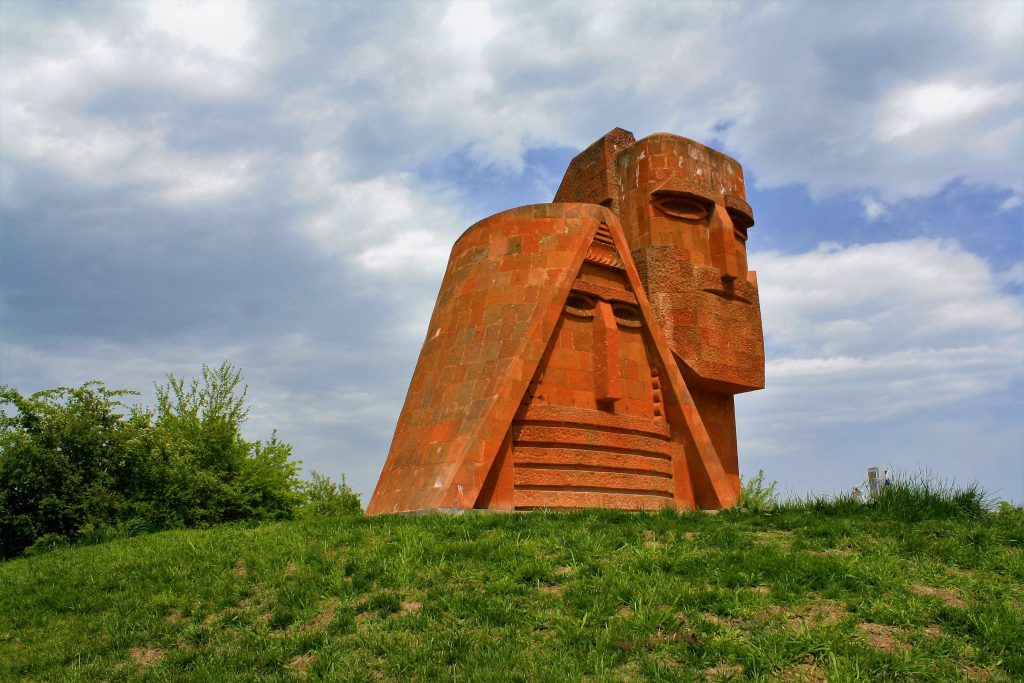 The ‘We Are Our Mountains’ monument lies outside the largest city, Stepanakert. It’s also known as ‘Tatik-Papik’, the Grandmother and Grandfather of Karabakh. 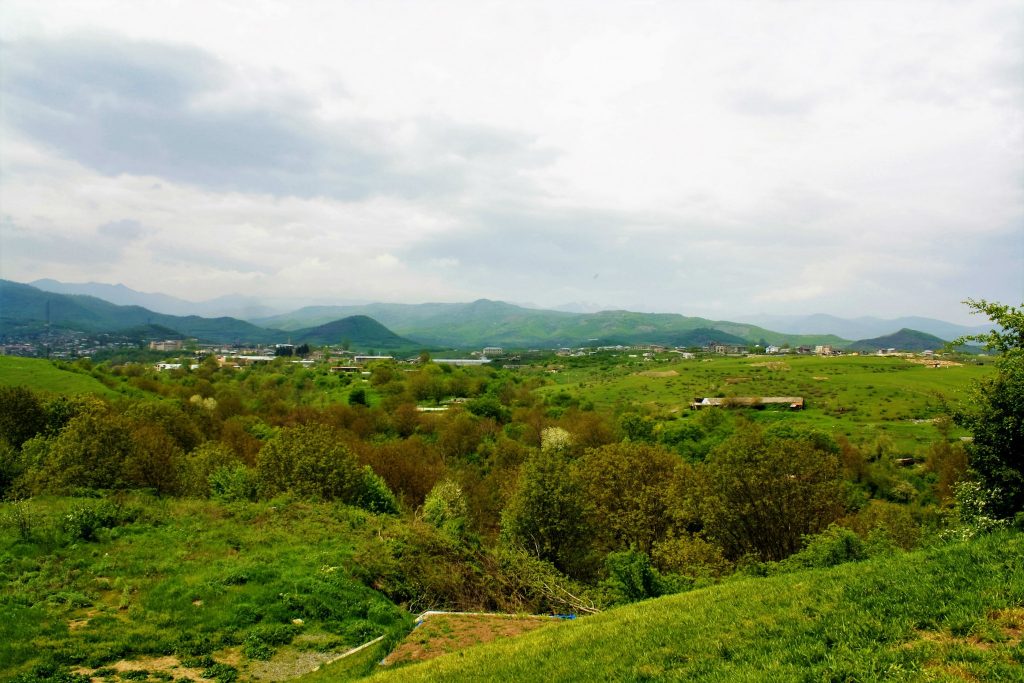 Stepanakert is the de facto capital of Nagorno-Karabakh. It’s surrounded by high mountains and in spring, lush verdant scenery. 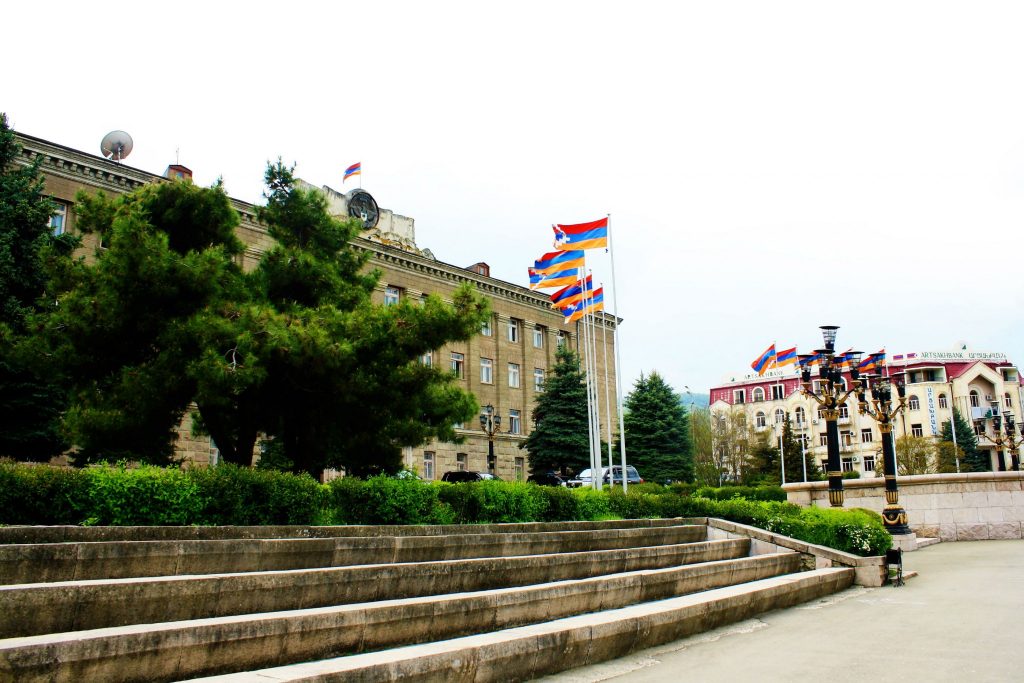 The flags of Nagorno-Karabakh, or in Armenian, The Republic of Artsakh, fly alongside the parliament building in Stepanakert. 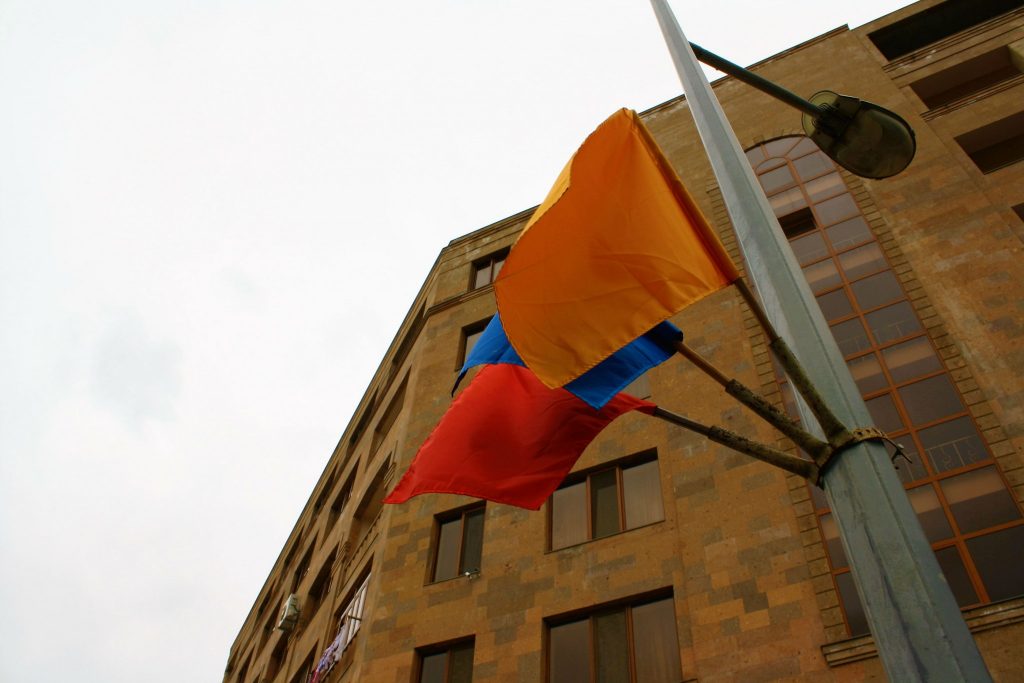 Armenian colours are displayed on every street corner in the city too. 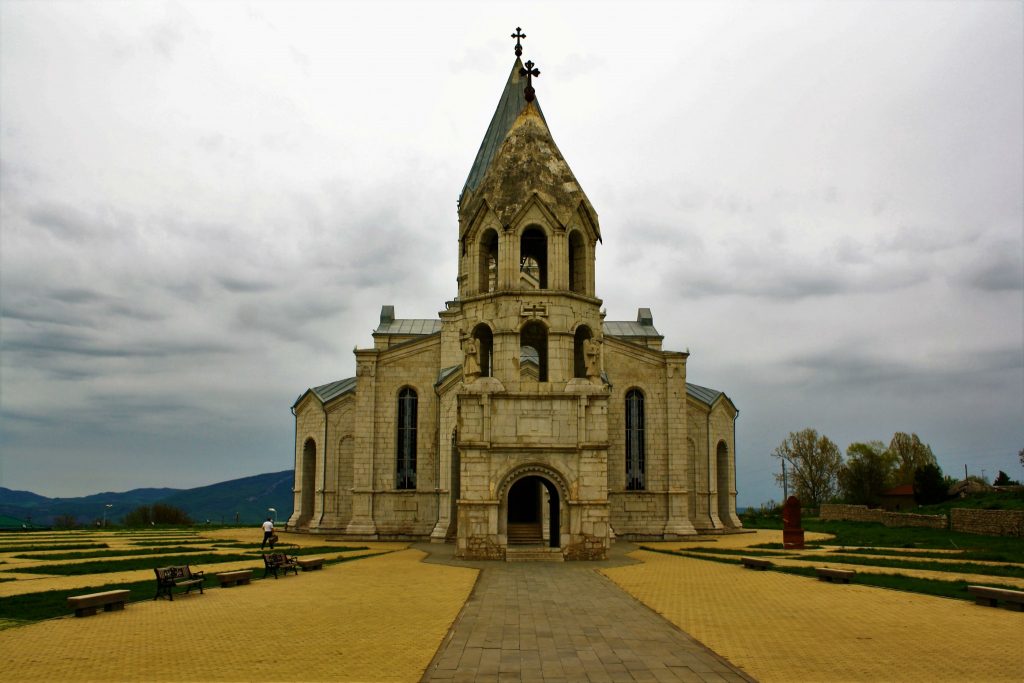 This is the Ghazanchetsots Cathedral in the Karabakh city of Shusha, restored after deteriorating under Soviet rule and being damaged during the war. 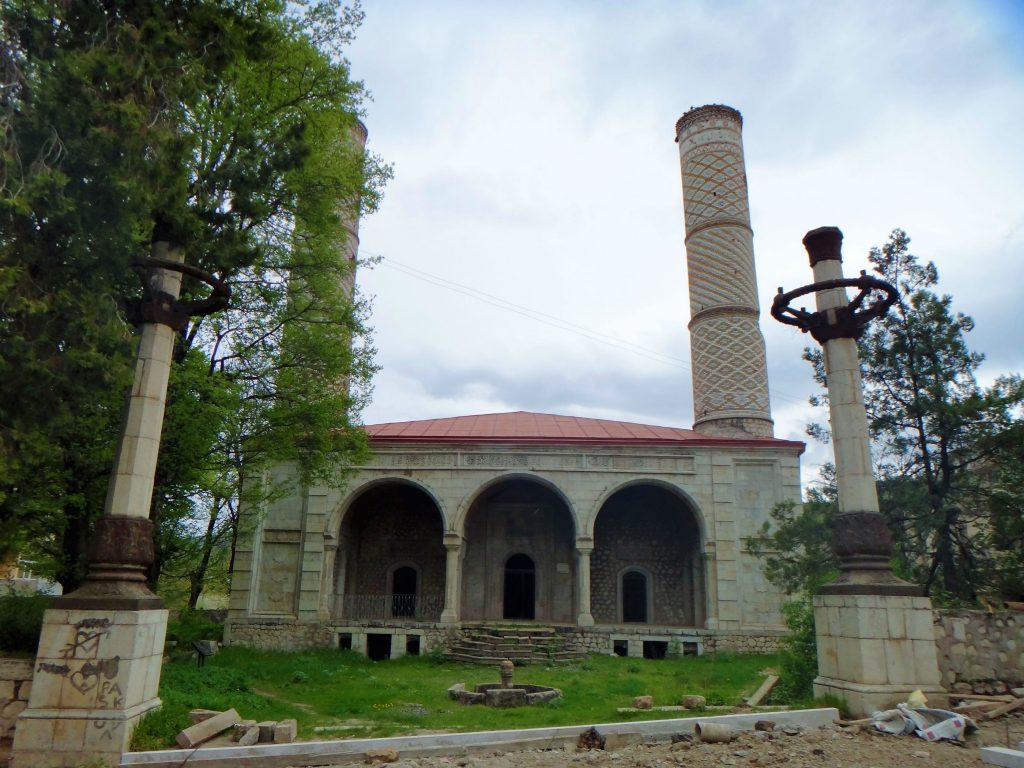 The mosques in Shusha however, have not been restored after the Azerbaijani, Muslim populations were expelled during the war. Shusha is a depressing example of the multiculturalism that used to flourish in Nagorno-Karabakh, but that ultimately led to such brutal division. 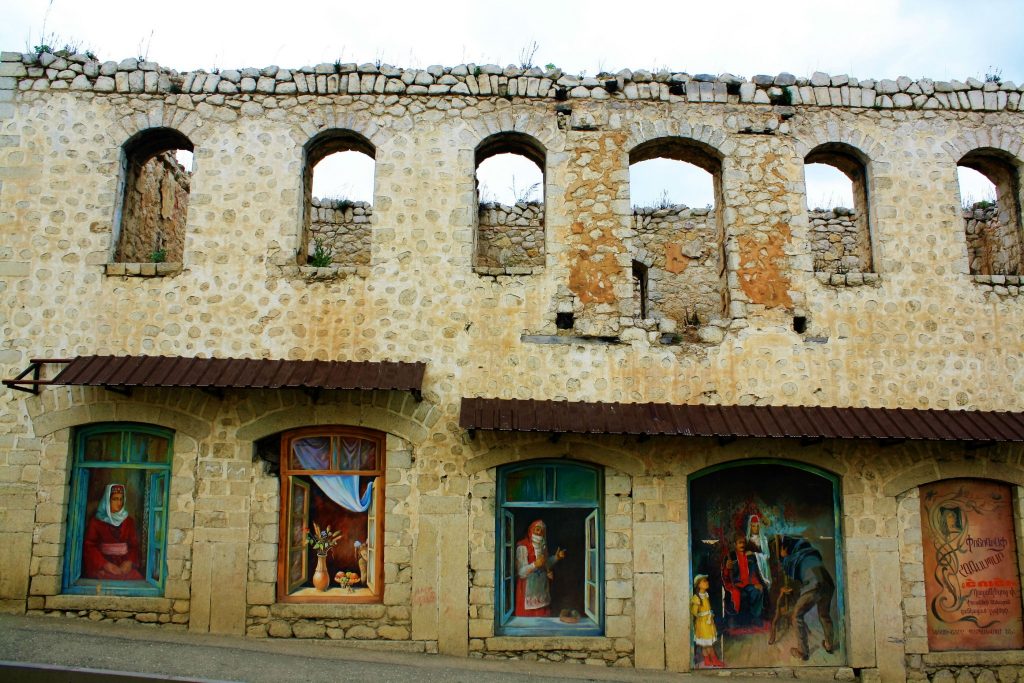 Shusha, like much of the region, was fought over and changed hands between Armenians and Azerbaijanis. The scars of the war are still vividly on display. 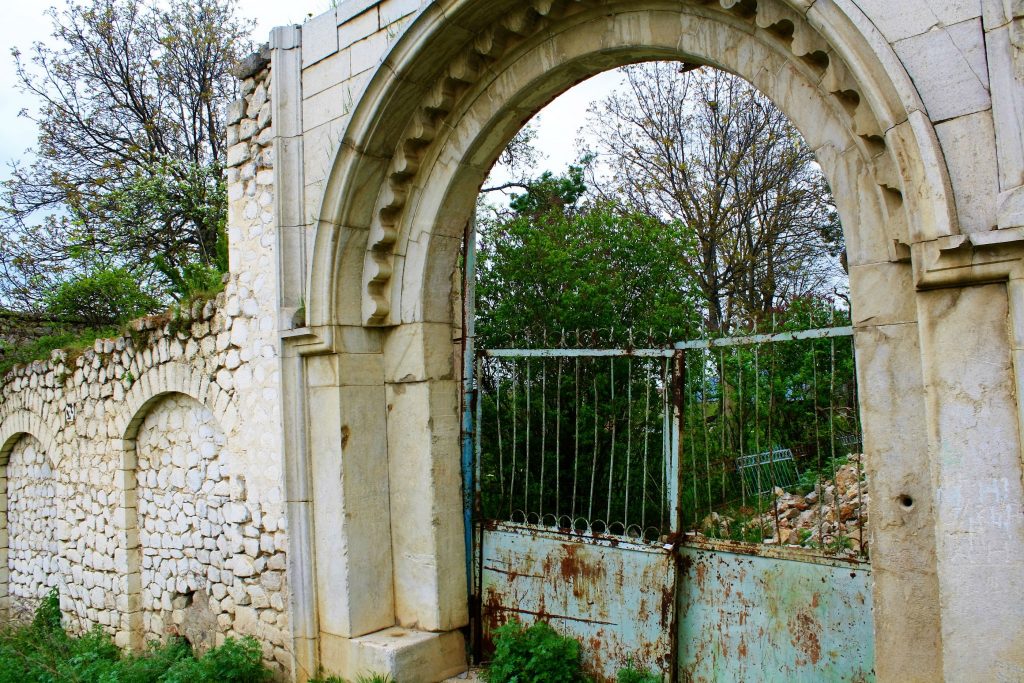 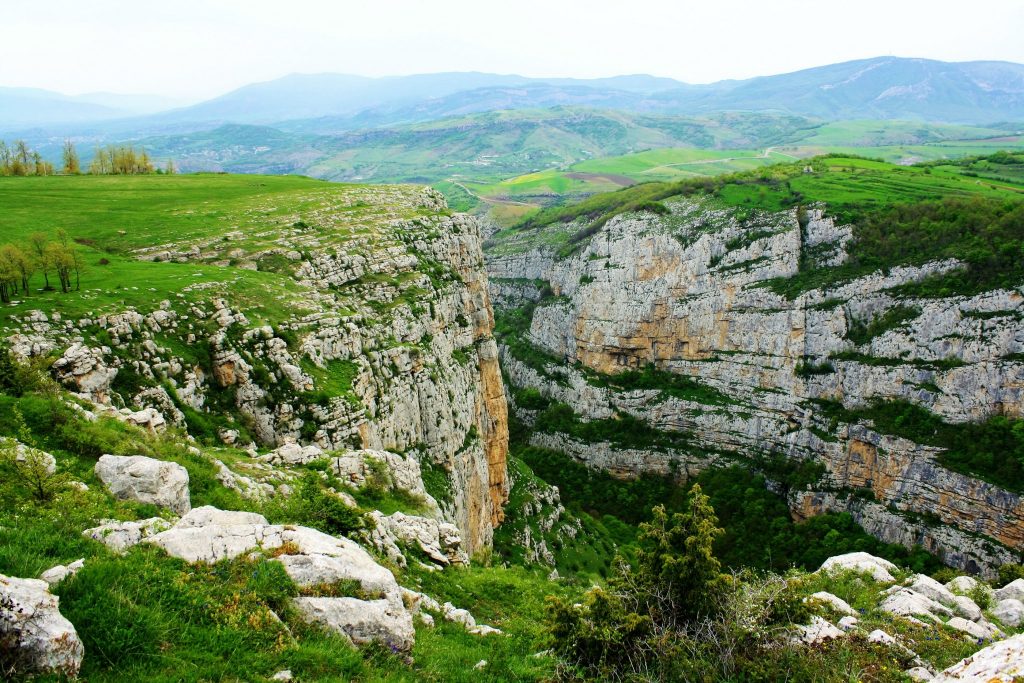 But the mountains around Shusha and Stepanakert will always remain beautiful.