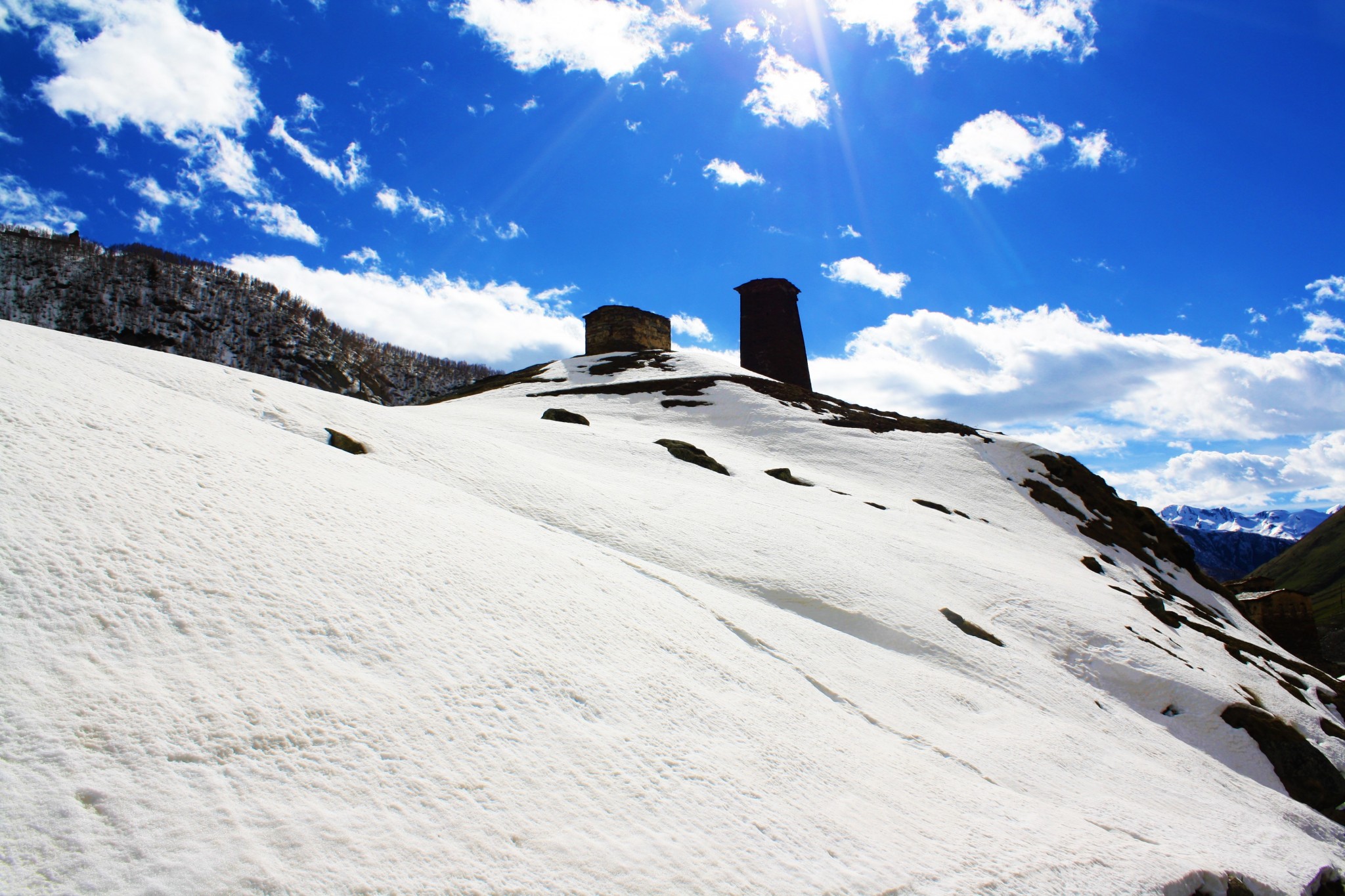 The Svaneti Mountains in the high reaches of Georgia are an incredible sight to behold!

Svaneti is the highest region in Georgia. You can find four of the ten highest peaks in the Caucasus here. It’s a land of towering mountain tops and snow capped peaks. Much of the year, the remote villages and settlements are completely isolated, utterly unreachable due to the insane weather conditions. That means that Svaneti is a region that has remained wildly independent of anyone, with their own language, traditions and even their own unique style of defensive tower that they called home for centuries.

This mountainous region of Georgia is truly incredible. So I took a lot of pictures, and a lot of people have asked to see those photos. So here are the best!

Scroll down to see the incredible Svaneti mountains! 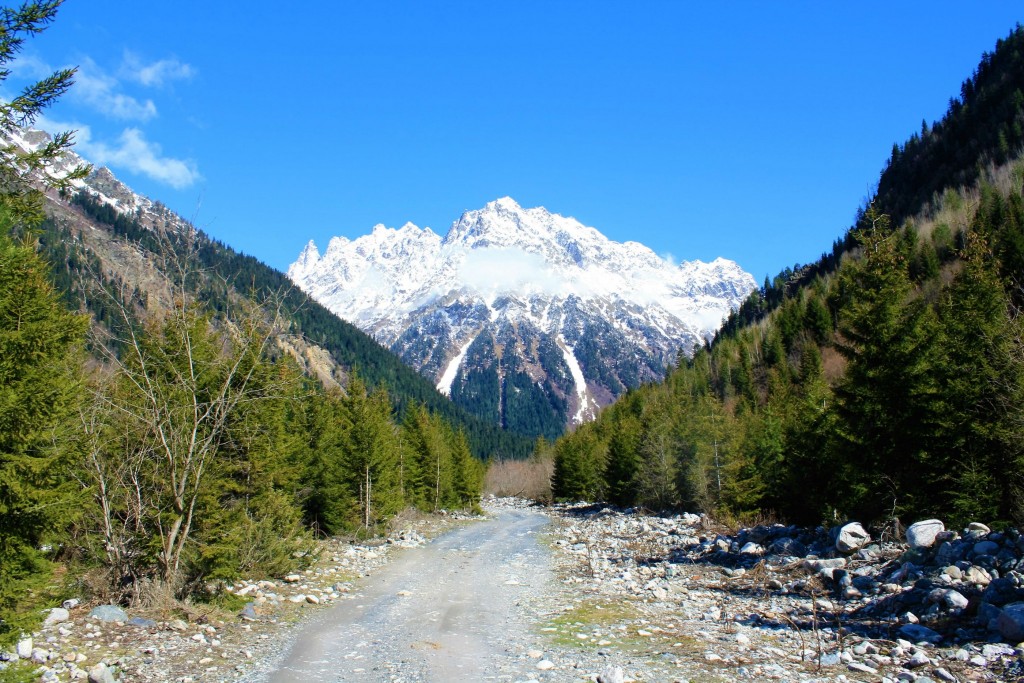 Svaneti is the highest point in Georgia, right on the Russian border and in the middle of the Caucasus mountain range. 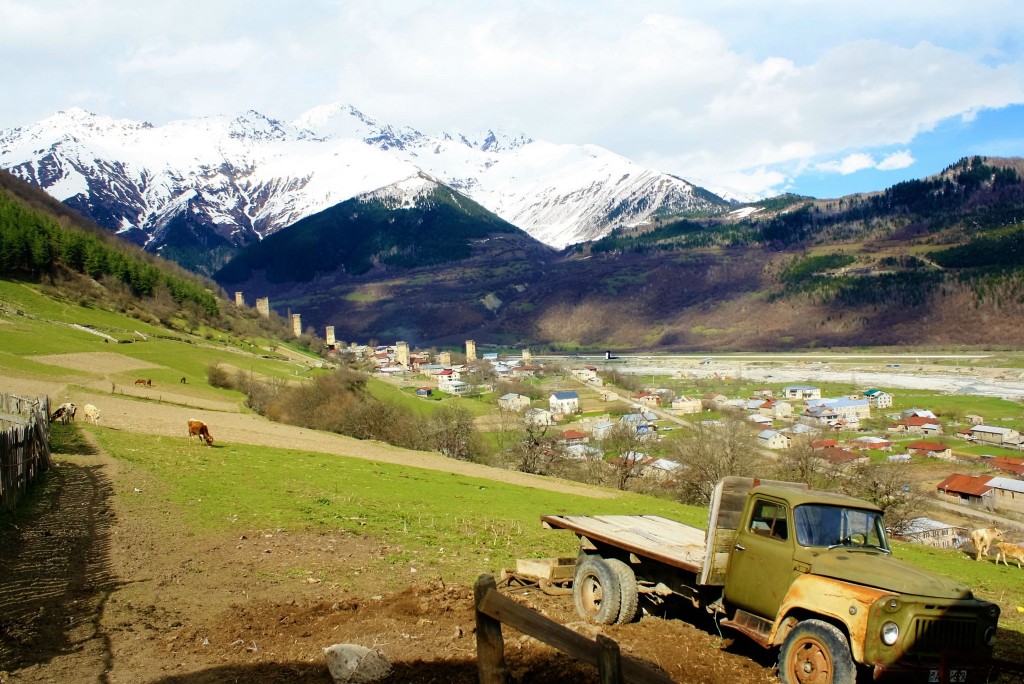 The town of Mestia is the largest in Svaneti. Until the 19th Century, people here would live in defensive, stone towers. Until only a few years ago, it could take days to reach the town from lower Georgia! 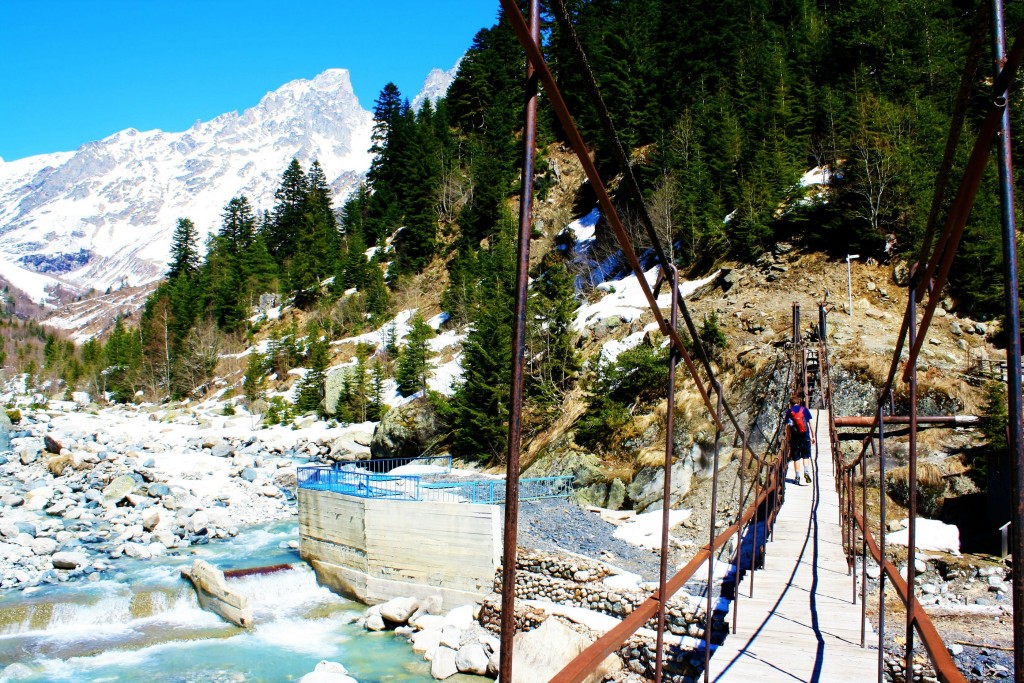 This rickety bridge took me across the river as I went hiking into the Svaneti mountains. 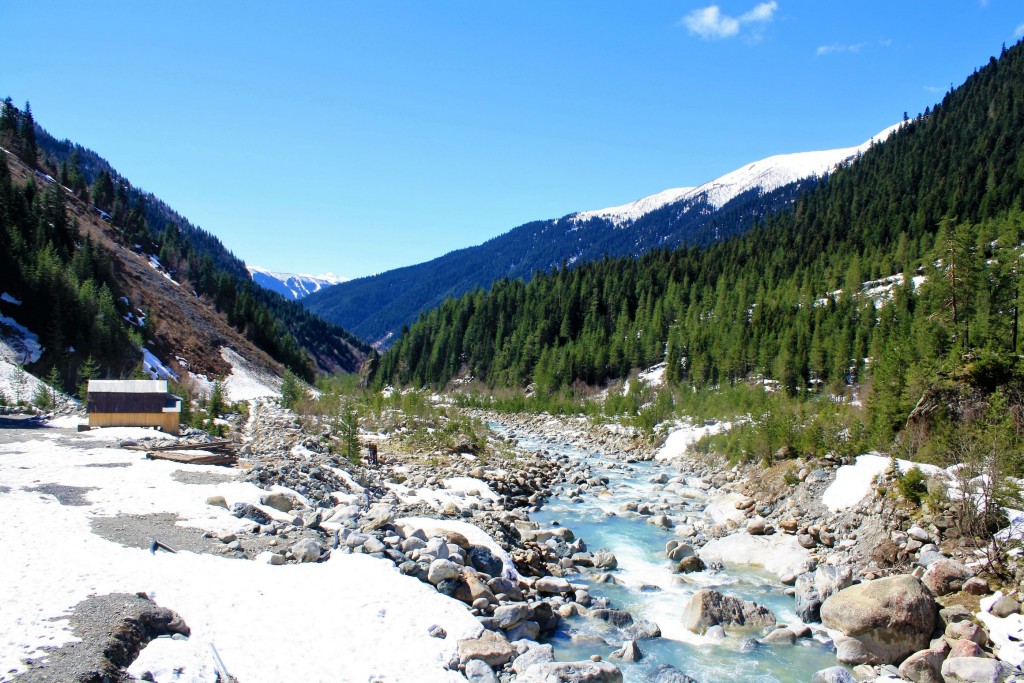 I was high up, only a few miles from Russia, and in search of a glacier. 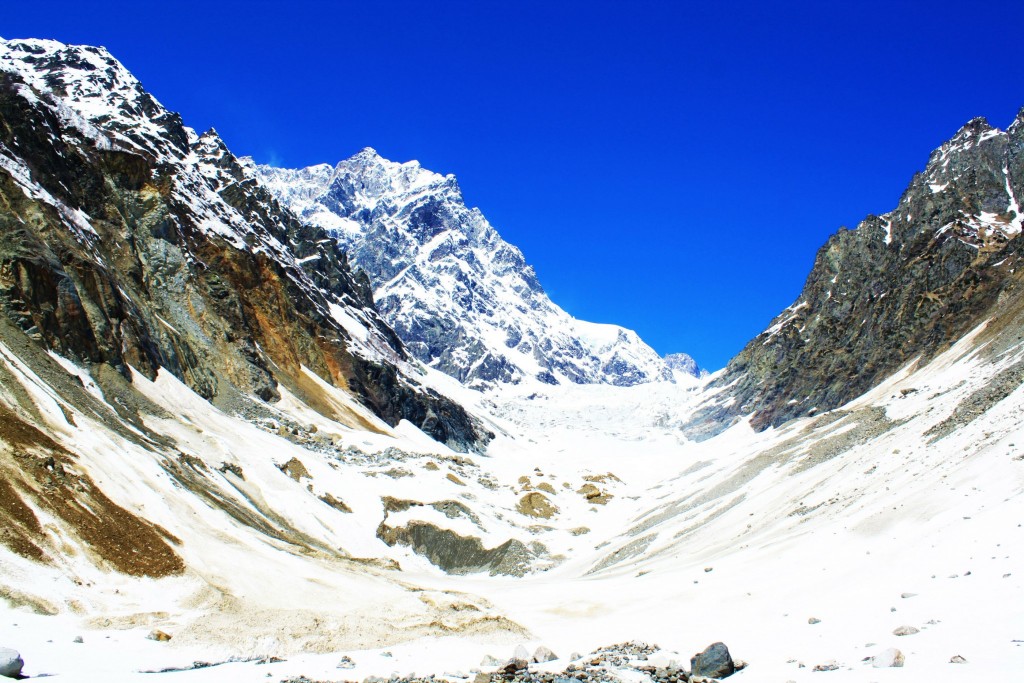 This is the Chaladi Glacier, wedged between two mountains and extending into the forest. 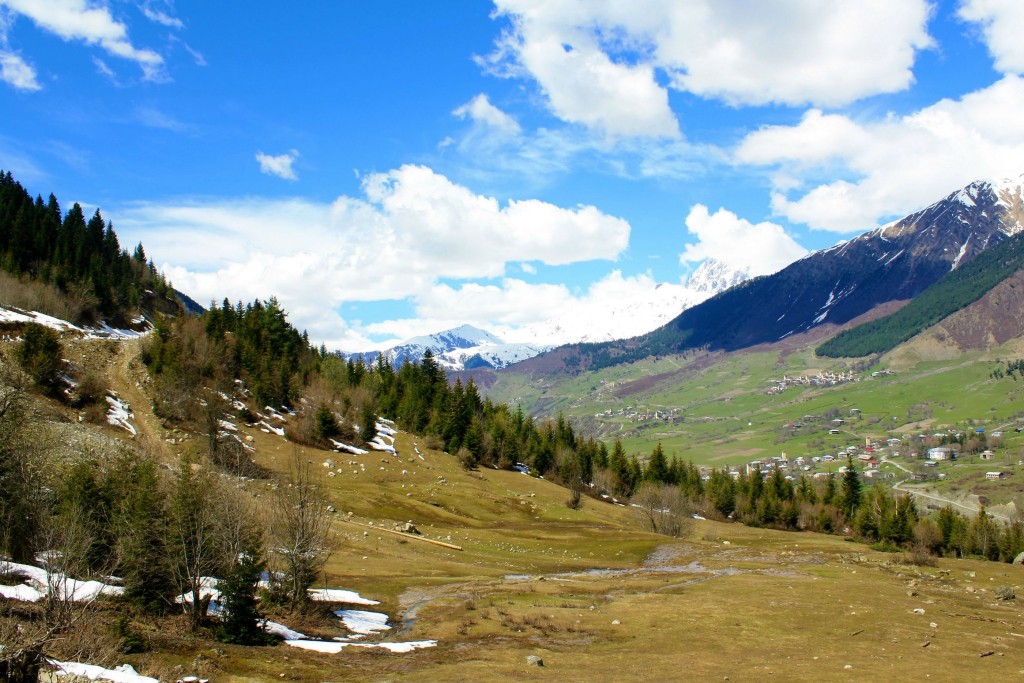 I also took the road to Ushguli, the highest continually inhabited settlement in Europe. The road is only open a few months of the year, and in April, it was only just becoming passable by 4 x 4. 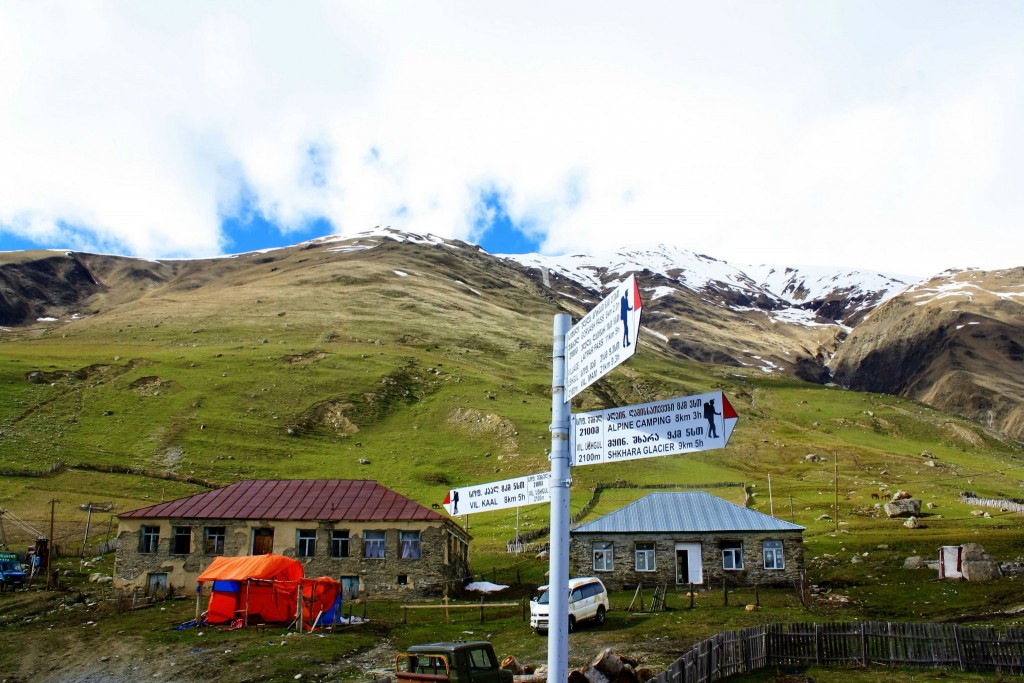 Svaneti is a hiker’s dream. There are trails set up across the entire region, through incredible landscapes and rural villages. 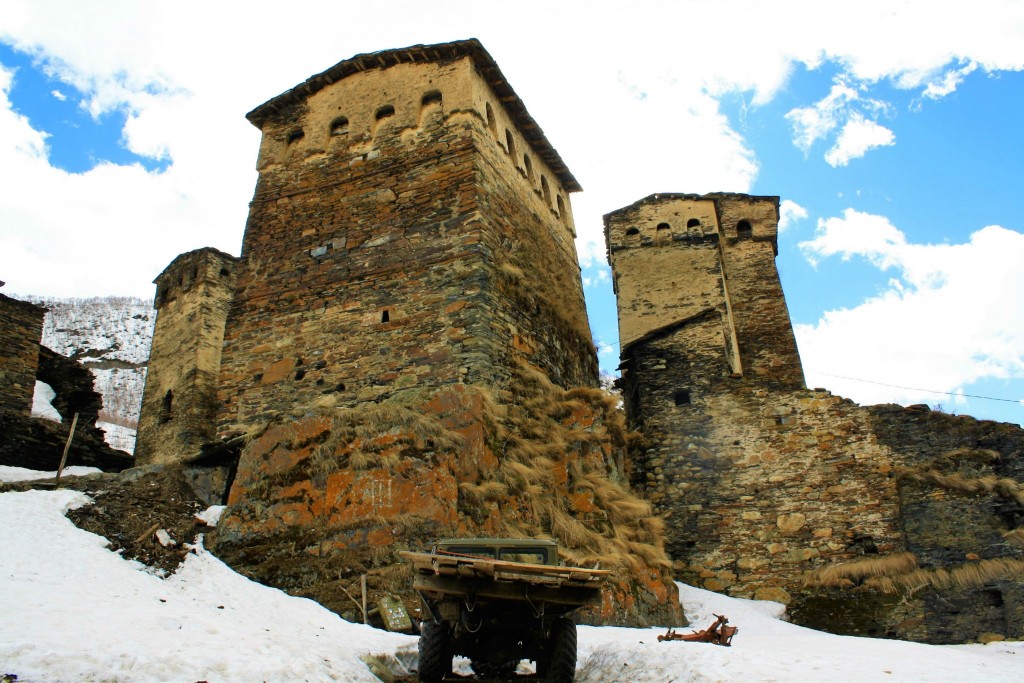 Ushguli is a UNESCO World Heritage Site, the village is a stunning example of Svan architecture! These towers date back hundreds of years and they are somehow still standing, despite the harsh elements. 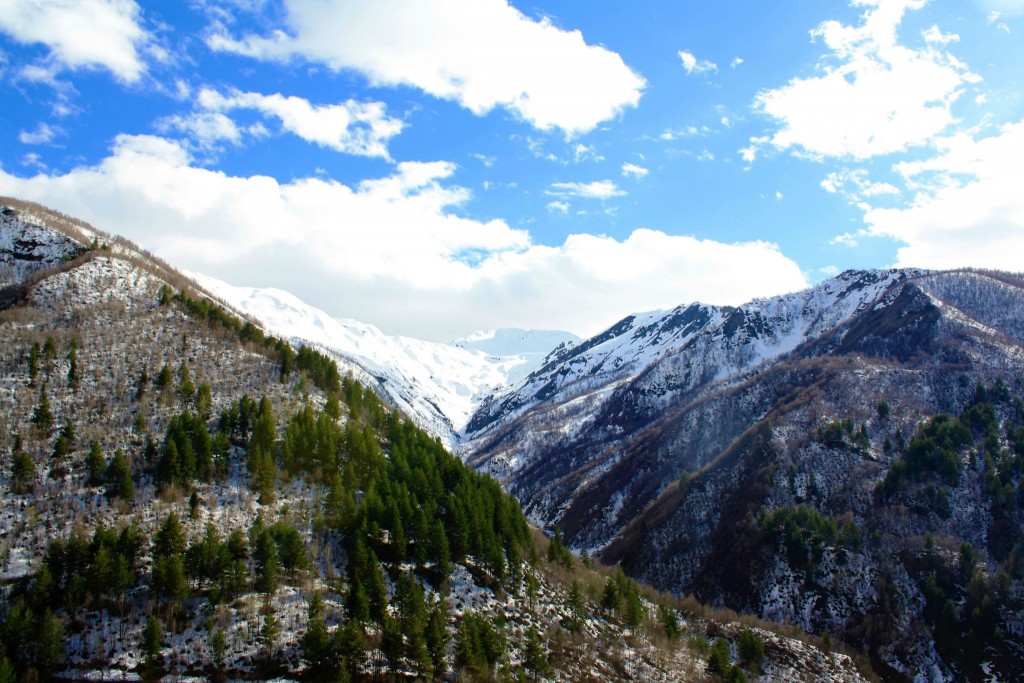 Ushguli is only 40 kilometres from the nearest town, Mestia, but the rough and winding roads can take over 3 hours to traverse. Some people even hike for 4 days straight to get there! 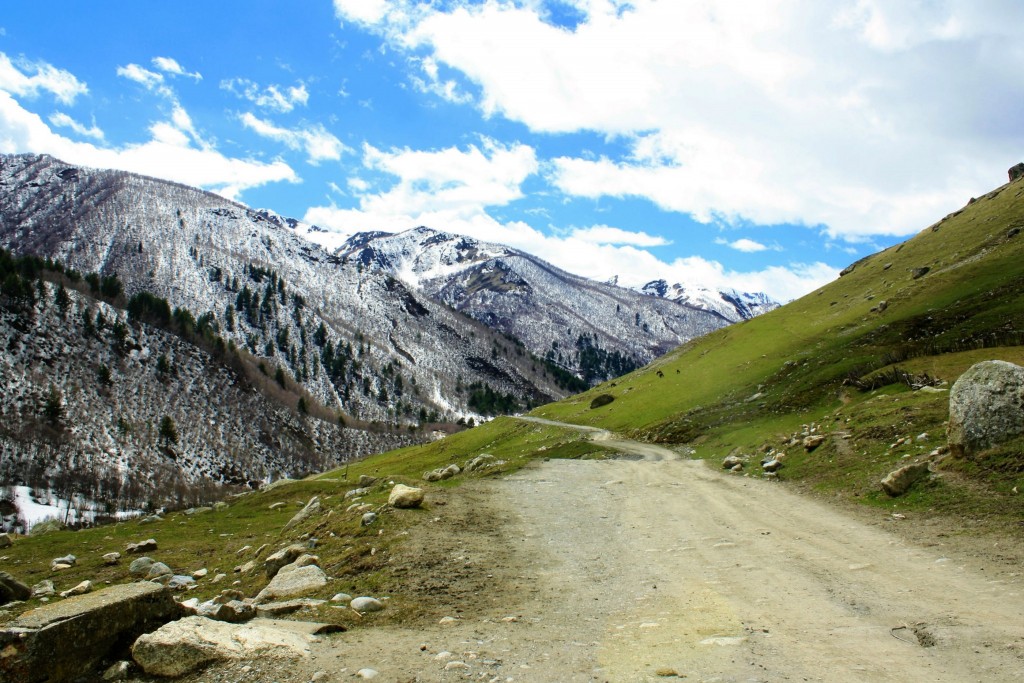 The Svaneti mountains are an isolated but incredible land to travel to!