My Paragliding Crash In Oludeniz 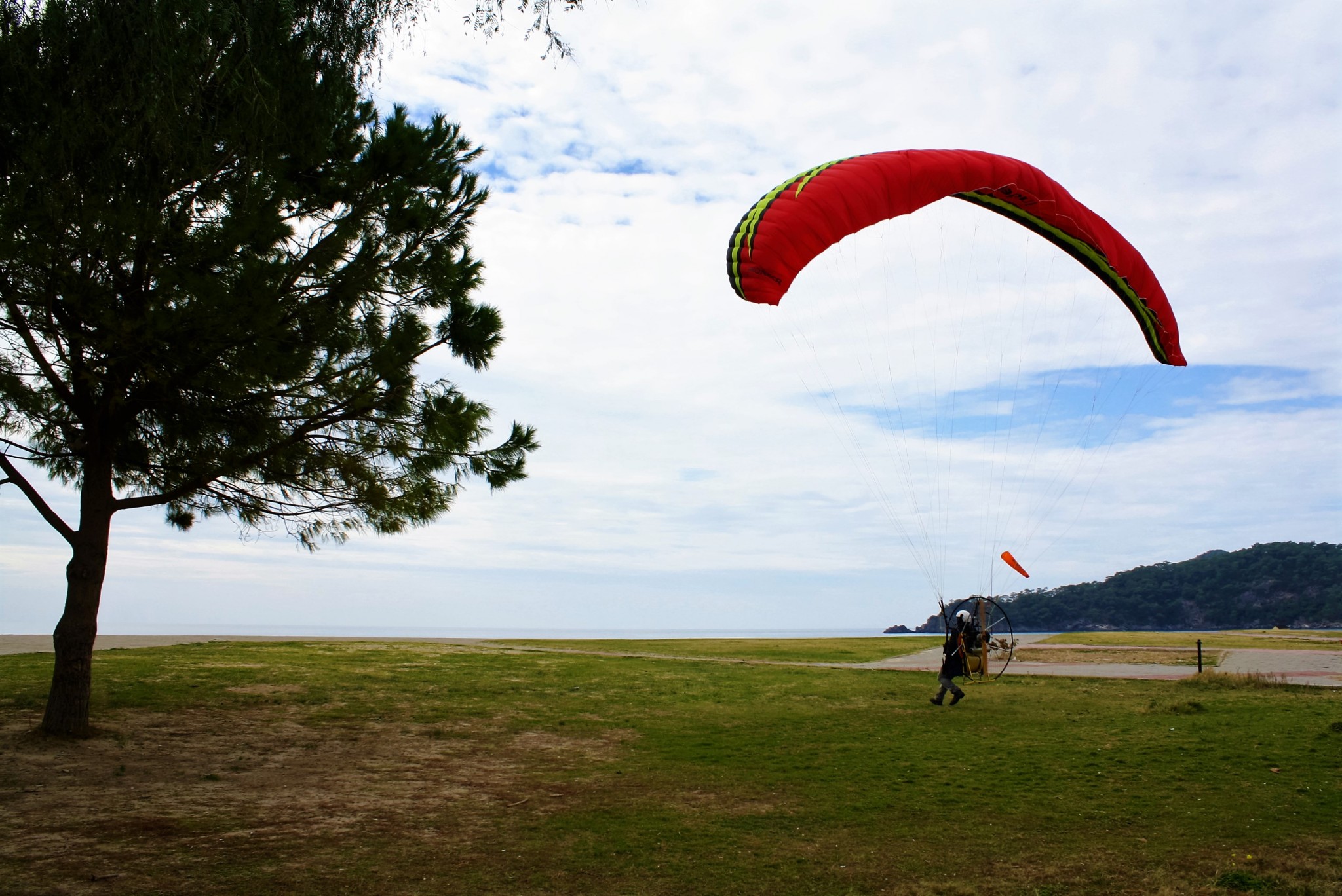 My Paragliding Crash In Oludeniz Turkey

This is the tale of my Paragliding crash in Oludeniz, Turkey. Don’t worry I didn’t die…

“Are you ready?” The pilot screamed in my ear above the roaring winds.

I was as ready as I would be. This was the first time I’d ever been paragliding, and I was about to throw myself off of the top of Mount Babadag, a 2000 metre high mountain which towers above the town of Oludeniz along Turkey’s Mediterranean coast. 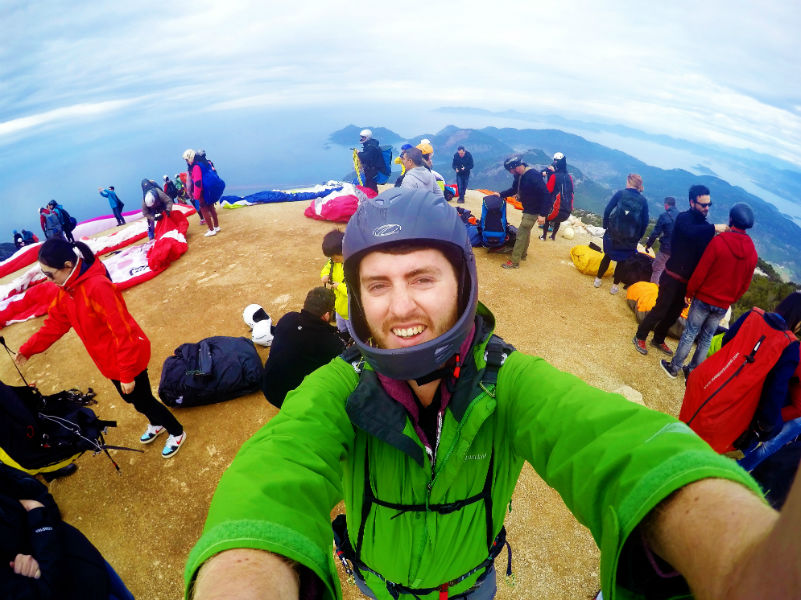 Oludeniz, one of the best places in the world to paraglide

Oludeniz is frequently cited as one of the best places in the world to paraglide. Mount Babadag provides the perfect launch pad, and you can drift down on the thermals while gazing out over the turquoise waters of the Lagoon before landing on the white sands of the beach. It looked incredible.

On the drive up from Oludeniz to the launch site, it was clear that we were going high up. The roads wound around the mountainside, giving me a glimpse of the void I would soon be hurtling into. This would be a tandem jump, of course, personally, I’d never even been near a parachute of any description before.

The jump co-ordinator passed around a beanie hat filled with ping pong balls to all of the paragliders. Each had a pilot’s name scrawled across it, so at random we would be paired up. 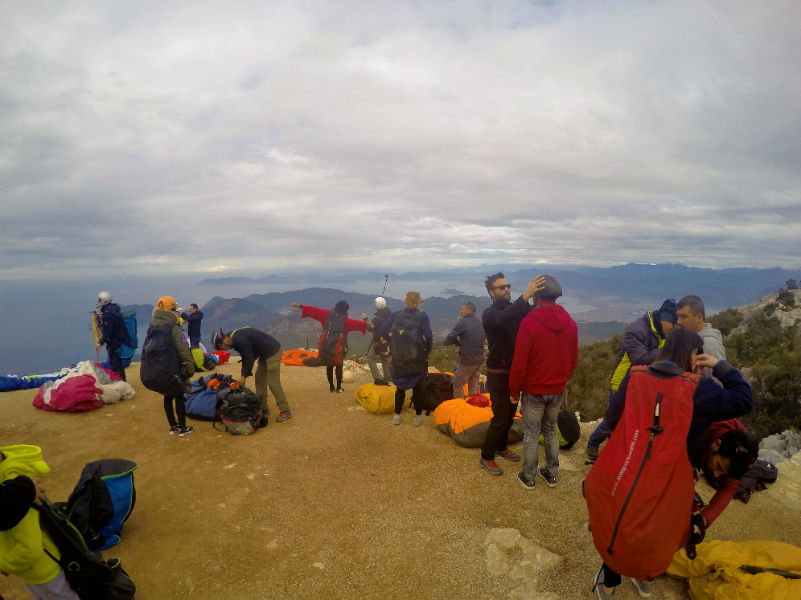 No Pictures Allowed When Paragliding in Oludeniz

Annoyingly, I was also told that the pilot would be the one making the video and taking the pictures on his Go Pro. I would find out later that they charged a fortune for these. My dreams of an epic, photo based paragliding blog post accompanied by an awesome new cover picture faded to nothing at that point.

At the top of the mountain, someone ran out of the minibus and started throwing up on the side of the road. It was pretty high up, but not that bad.

Maybe he’d had a dodgy breakfast… 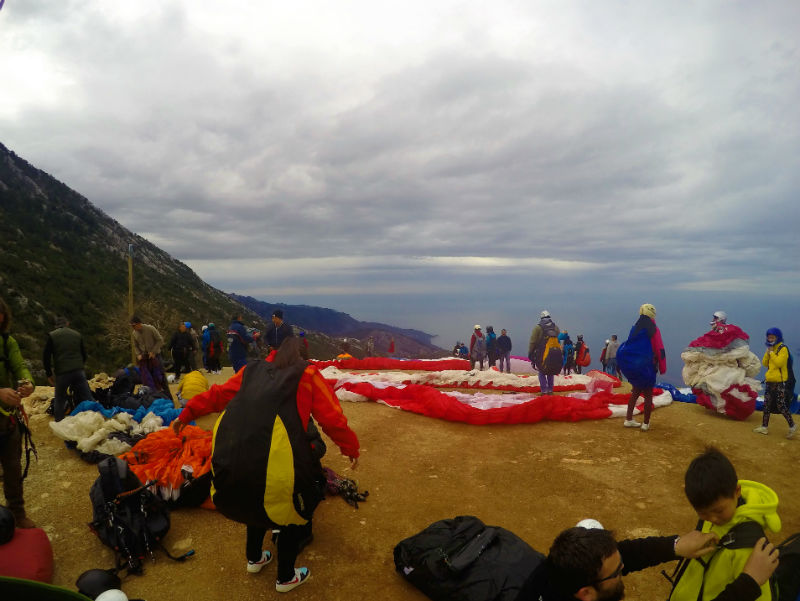 There were all kinds of people preparing for their first tandem paragliding experiences that day. Little kids were fearlessly strapping into harnesses, while an old man who could have been going on 90 years had dressed up in his best shoes and suit jacket for the event, and was pulling on a large crash helmet.

My pilot looked at me when started gearing up, a slightly nervous look in his eye, and said that I was the tallest person he’d ever done this with. I’m 6 foot 4, and that meant I was much taller than my pilot. I would land first and take off last. He said it was down to me.

Well, that was worrying. 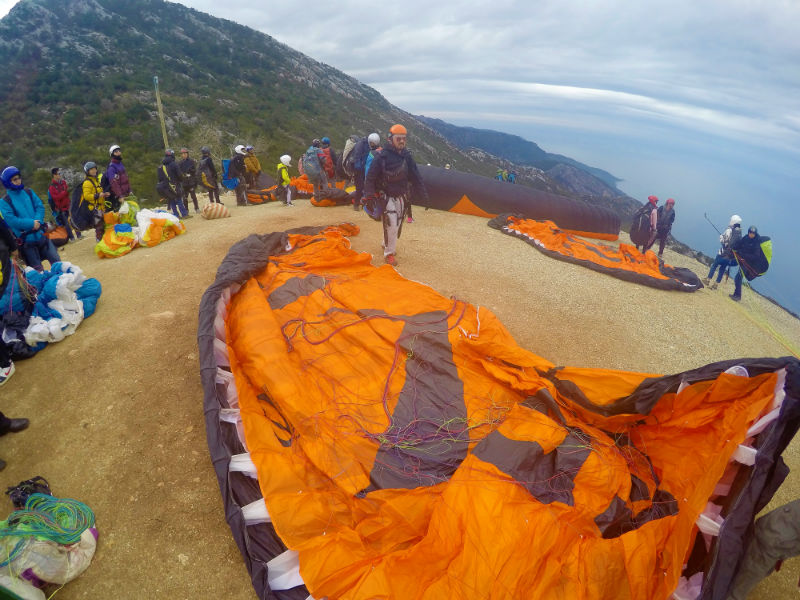 I ran as hard as I could, down the hill and towards the edge of the cliff

With that being the case, I was expecting a lengthy instruction, but we strapped in and got ready to lift off.

We were waiting longer than the previous lift off’s for the optimal wind conditions. I was stood quite bent, with my legs at a right angle to allow my pilot to stand too.

Then he said to run.

So I ran as hard as I could, down the hill and towards the edge of the cliff. 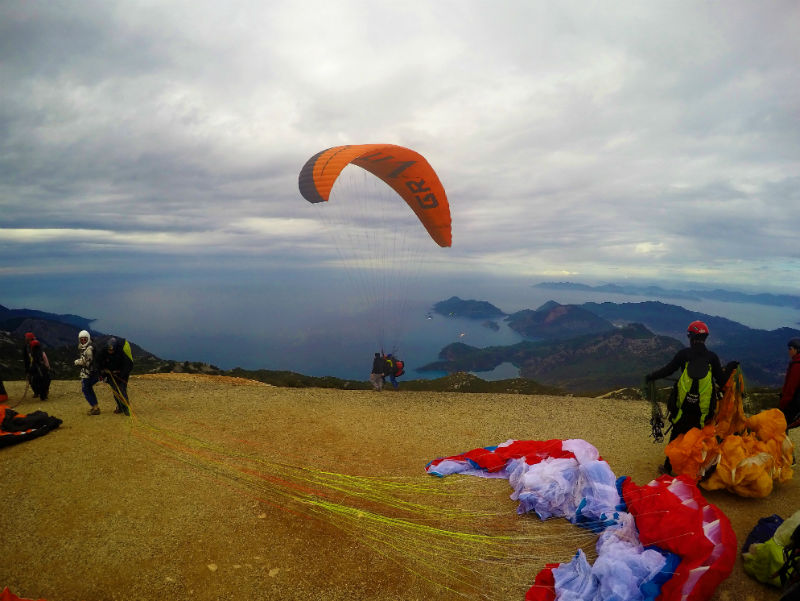 We weren’t getting any lift though. The pilot kept saying run. So I ran. But before I knew it, the parachute was ahead of us, but not skywards, and the wind took us straight into the ground.

We were dragged along the rocks for a few seconds, dangerously close the cliff edge, before the parachute was stabilised and we could stand up and pull it in.

Well, that hadn’t exactly gone to plan. The pilot looked pissed off. I wasn’t sure if it was his fault, mine or just the conditions. By the look on his face though he was blaming me. If only I had more paragliding experience and knew what had gone wrong…

I walked back up the hill and got ready to strap in again.

“You want to go again?” The pilot asked. Of course I did. 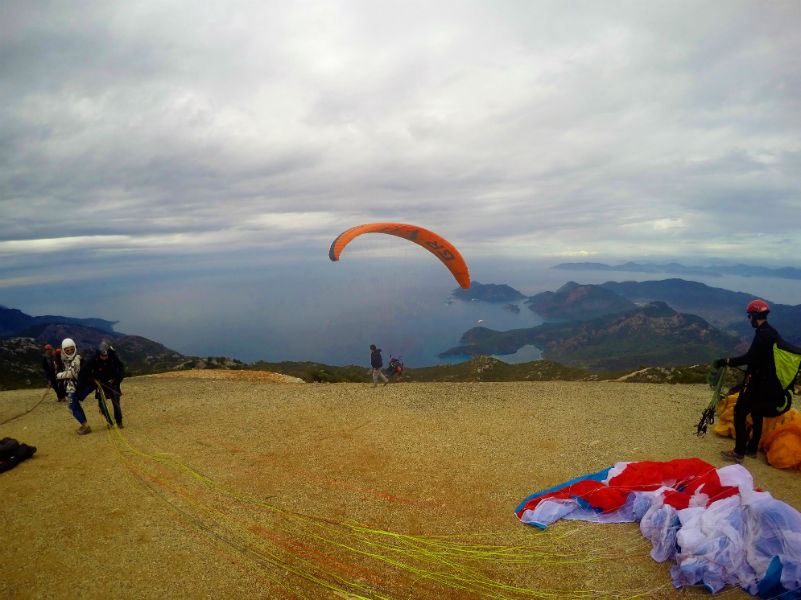 More determined this time, I ran harder than before when the wind was right. This time I realised that because of my height, it was just me running for the entire lift off.

A taller pilot might have helped us out, perhaps the pairing should have been more size related rather than ping pong related.

This time the wind picked us up. We still dropped a bit and I had to run across some more rocks, again thinking we would plummet before we finally got enough lift and were soaring along the thermals. 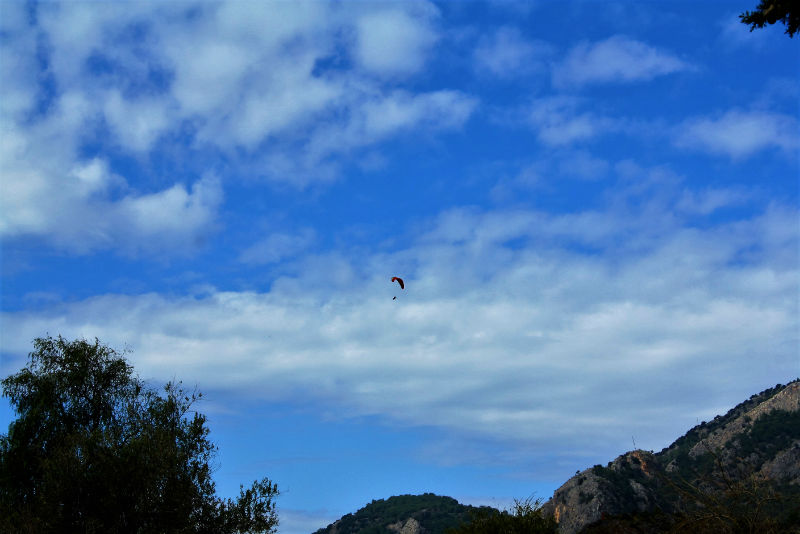 Soaring Through the Skies of Turkey

It was worth the crash.

It was exhilarating to be flying so high above it all. I looked back and could see more people launching into the wind, people below drifting slowly downwards and people on the beach watching up into the sky.

We drifted out over the sea, and I could see the beautiful Blue Lagoon of Oludeniz below. 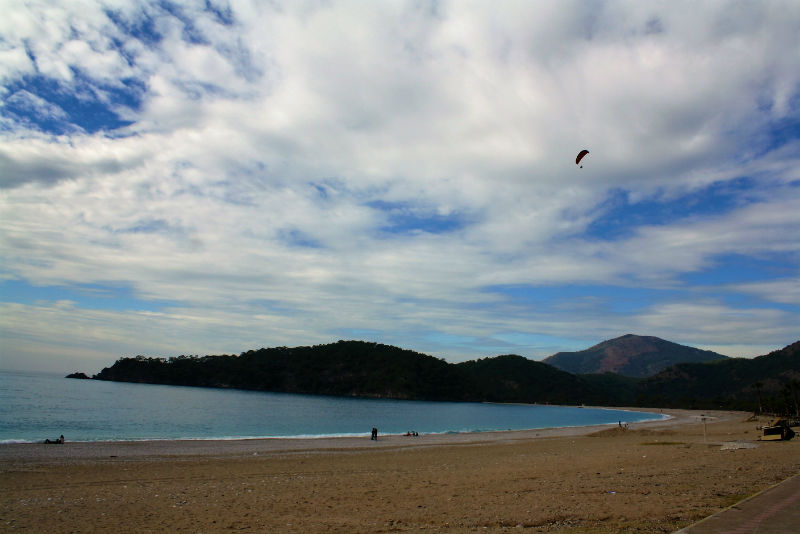 Are you ready for something crazy?

The pilot at this point said that maybe I was too tall for him.

He started taking pictures on his Go Pro, and then asked: “Are you ready for something crazy?” 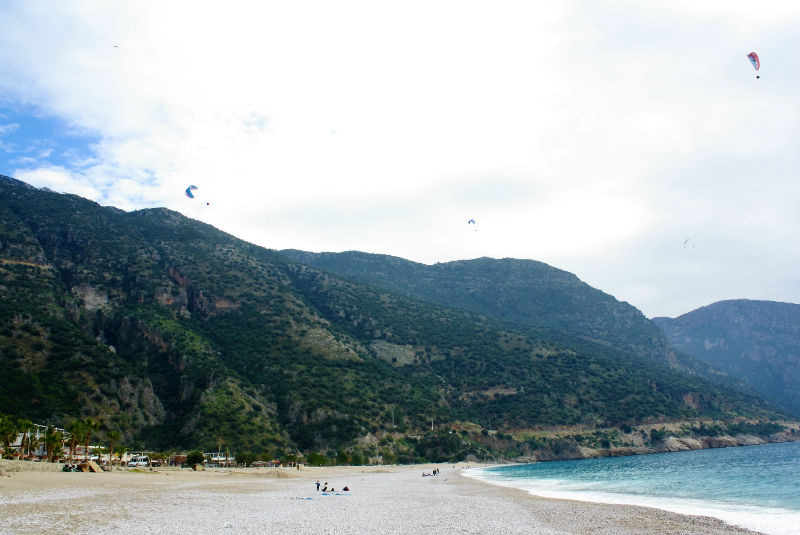 I was ready for something crazy

As long as we didn’t drop out of the sky or anything too dangerous.

We started spinning around on the thermals, the pilot took us upwards and flung us around into steep spins as the ground got closer and closer. 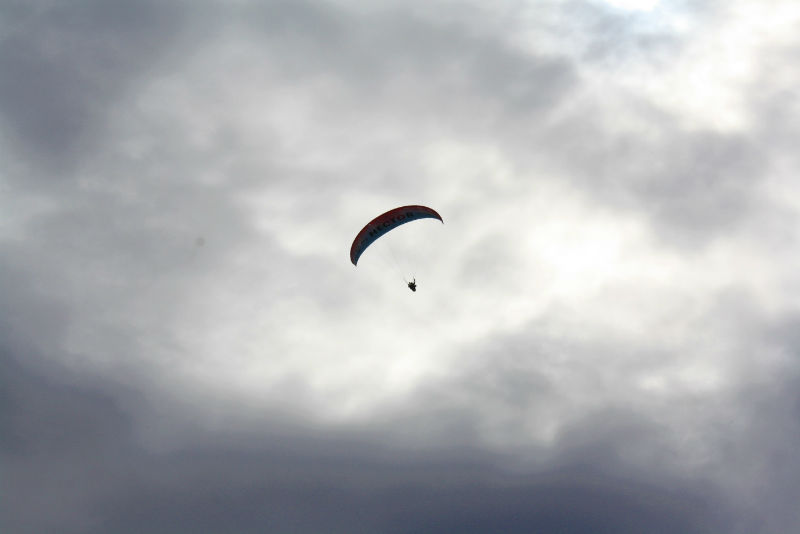 Too soon, we were nearing the buildings of the town and preparing for landing.

I was expecting some more instruction here, and the pilot told me to stand up in the harness when he said to.

This would be when we hit the ground.

Being taller, my legs would be hitting the ground first. 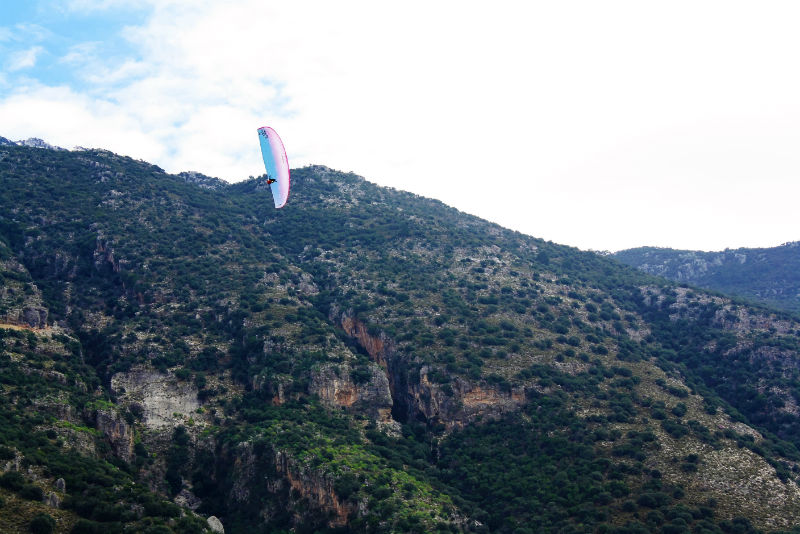 We were going in fast

He was aiming us toward the concrete boulevard by the beach.

We got closer to the ground.

Closer to the concrete.

We were going in fast. 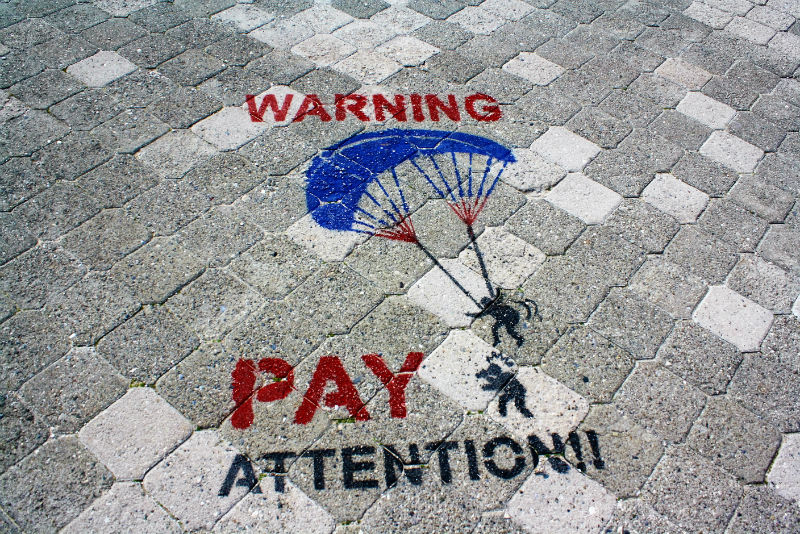 The floor was just below my feet when I was told to stand.

I stood in the harness, putting my feet down to the ground to bring us in.

Instead of the graceful landing by cheering onlookers that I’d pictured in my head, we went straight down. We stopped quickly at least. There was blood over my leg, my trousers were cut up as were my knees, but nothing serious. 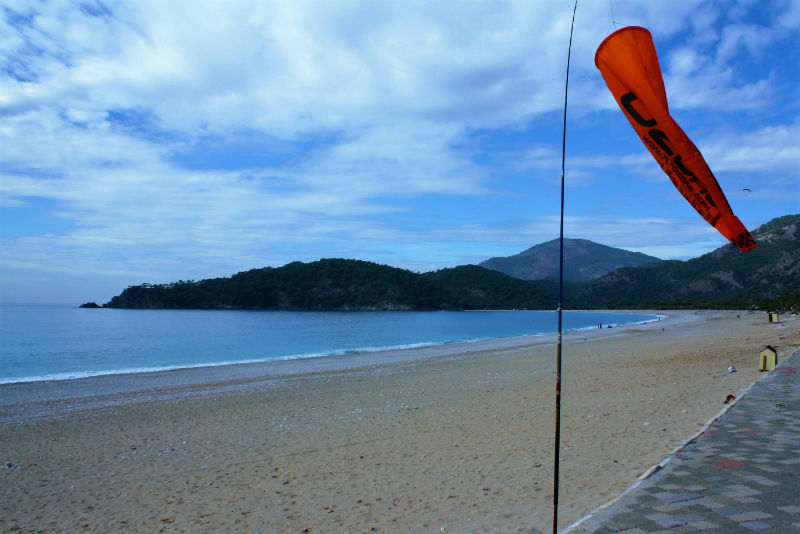 At least we were alive

The pilot was enraged again. I should have listened? I stood when he said to. I could only apologise for this being my first ever tandem paragliding experience.

At least we were alive.

I made my flight/crash with Gravity Paragliding. You might want to consider another company, unless you want to make things more exciting of course.

Apologies for the lack of in-flight pictures, as I said, they were a fortune to purchase and my own camera was essentially confiscated before. The pictures I have posted were before or after my own jump! 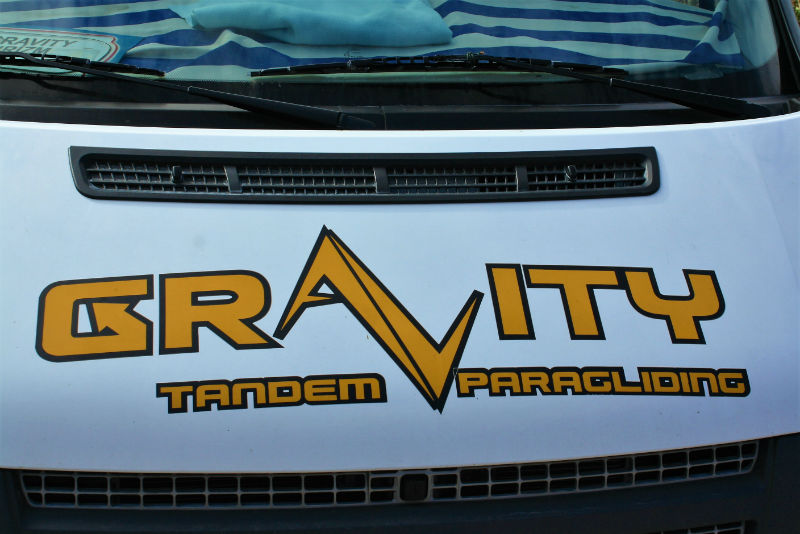